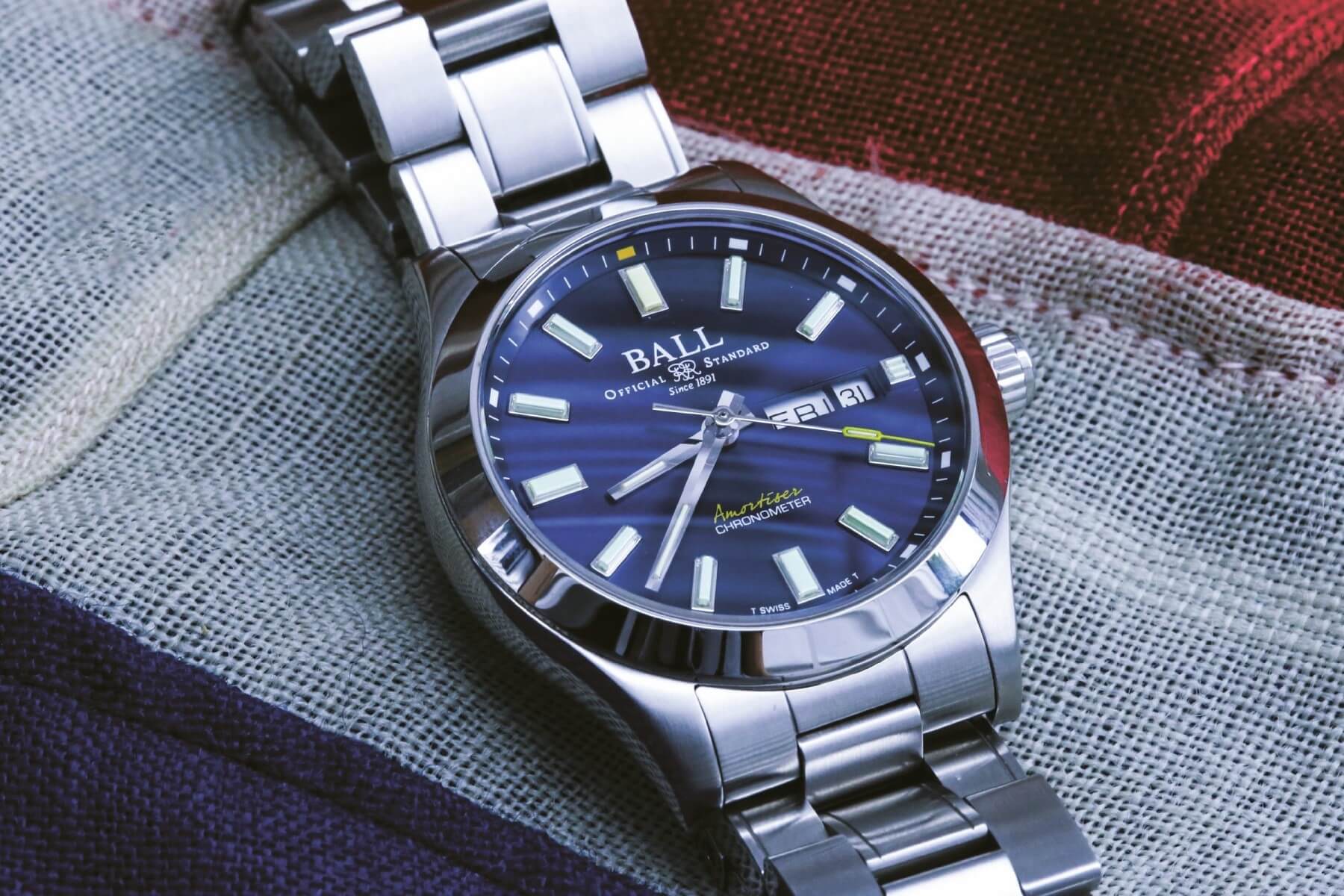 In 1914 Ernest Shackleton had a run of bad luck. His ship, the Endurance, became trapped and slowly crushed by pack ice during its Imperial Trans-Antarctic Expedition. They camped on sea ice, making their way to Elephant Island where they survived on walrus blubber and suspect rations. Not the best journey in the world.

After weeks of almost starving, almost freezing and probably almost going mental with boredom, Shackleton himself led the expedition to reach the mainland, rowing with two of his men to South Georgia across 720 nautical miles of stormy water. It was his most famous expedition, which doesn’t say too much about his seamanship, no matter how epic a yarn it is.

I however have never done anything like that. A British winter is about as cold as I’ll willingly go, as long as there’s a hot toddy at the end. Rowing? No thanks, I’ve done it once and don’t fancy it again any time soon. Why then am I wearing a watch named after the great explorer Shackleton and a ship whose luck is only slightly better than the Titanic? 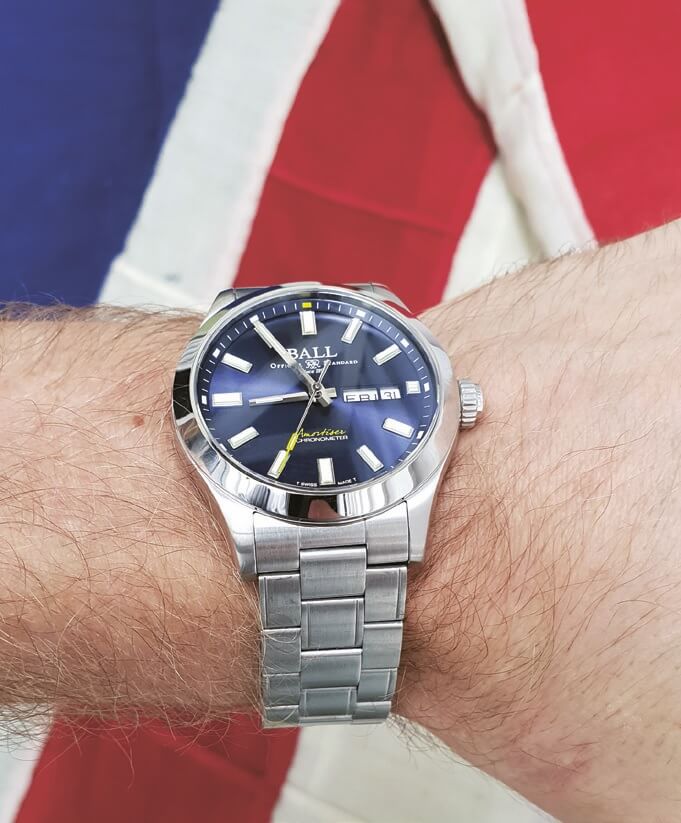 I feel like I need to get in early that it’s more than just a centenary timepiece. Ball’s watches have always been serious bits of kit when it comes to surviving. Think along the lines of patented shock resistance systems, magnetic resistance and, in the case of this particular watch, cold weather resistance.

Not that I actually tested it myself, but the oil used in the Endurance 1917 can go as low as a staggering -40°C without clogging up the watch. If it gets to those temperatures, you have bigger issues than knowing the time. Throw in both Ball’s signature magnetic resistance and patented Amortiser system and you have yourself a watch that can go through frigid hell and still come out the other side rowing to South Georgia. 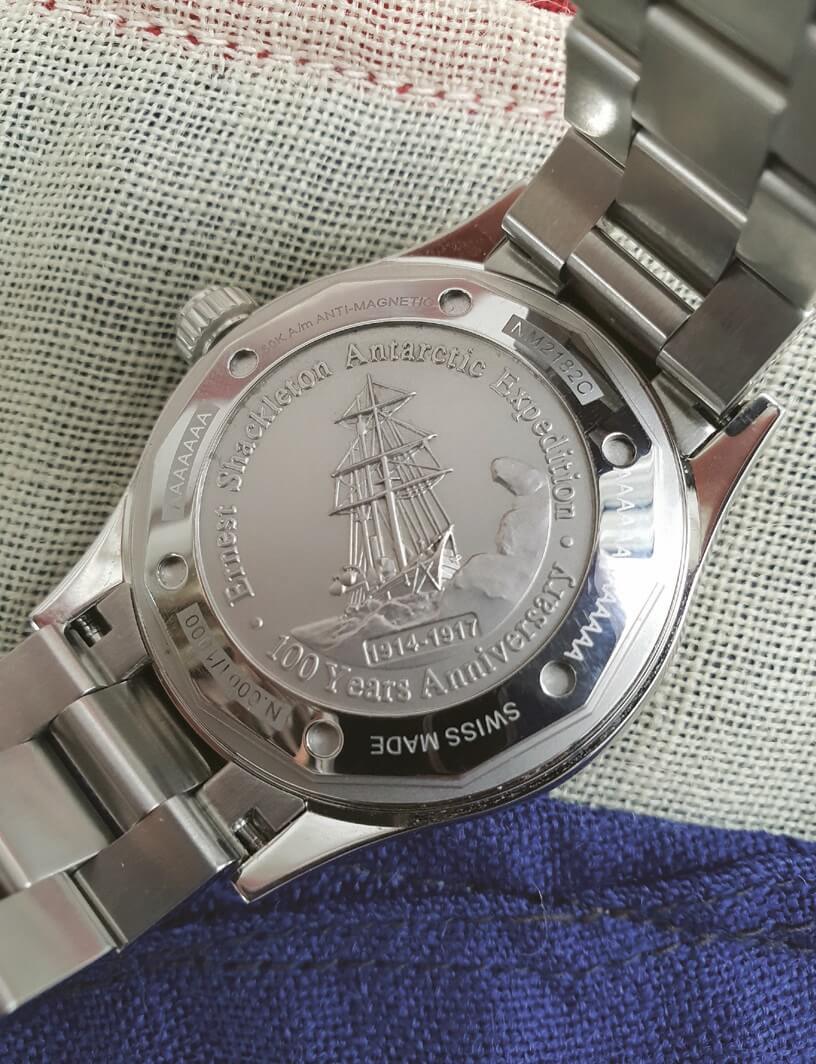 On the wrist it’s a handsome, restrained watch – I had the day-date version rather than the one equipped with a thermometer – and there’s nothing too unusual about it. It wears comfortably, and the case doesn’t have any superfluous frills or embellishments. The blue dial is almost black in most lighting but direct, though the bright yellow-tipped second hand is impossible to miss. As, indeed, are Ball’s famous tritium gas tubes.

One is set into each index with two on the hands and a three-piece suite at 3 o’clock to illuminate the date. They are bright. By that I mean having to turn it over on your bedside table, so you don’t have a new nightlight keeping you awake.

The final touch is when you flip it over and, on the back, see the namesake ship itself. I’m not going to say that the Endurance is a particularly lucky omen, but it’s a good reminder that if you end up in the same situation, you’ll know exactly how long you’ve been waiting for rescue, whatever the elements decide to throw at you.