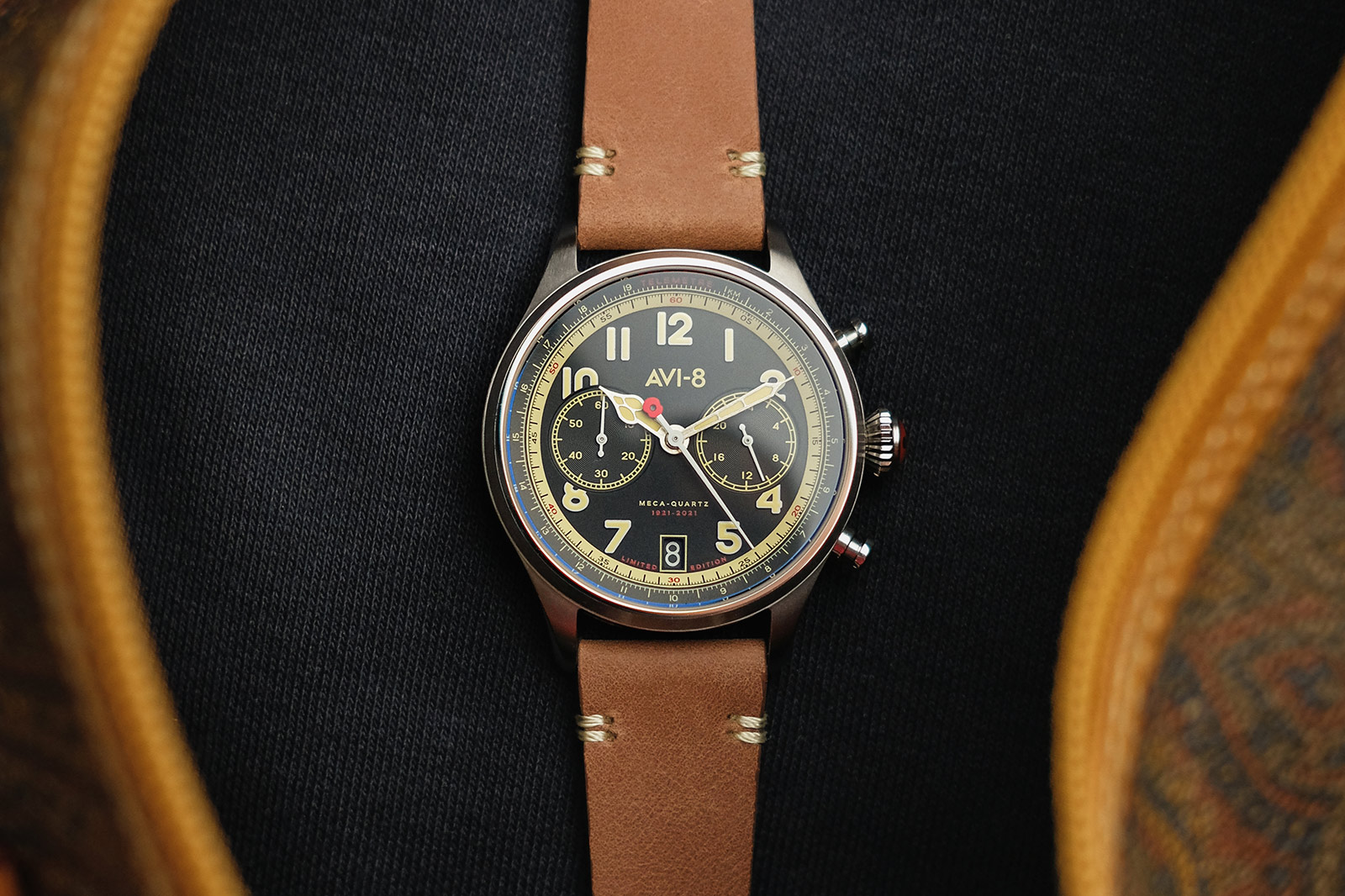 The Royal British Legion is celebrating its 100th anniversary after being founded in the wake of World War One. To celebrate the landmark event, Avi-8 watches have launched two limited edition watches ahead of Remembrance Day with contributions from each sale going to the RBL. They are The Founder’s Chronograph and The Chairman’s Meca-Quartz, both created for the Avi-8 Flyboy collection. 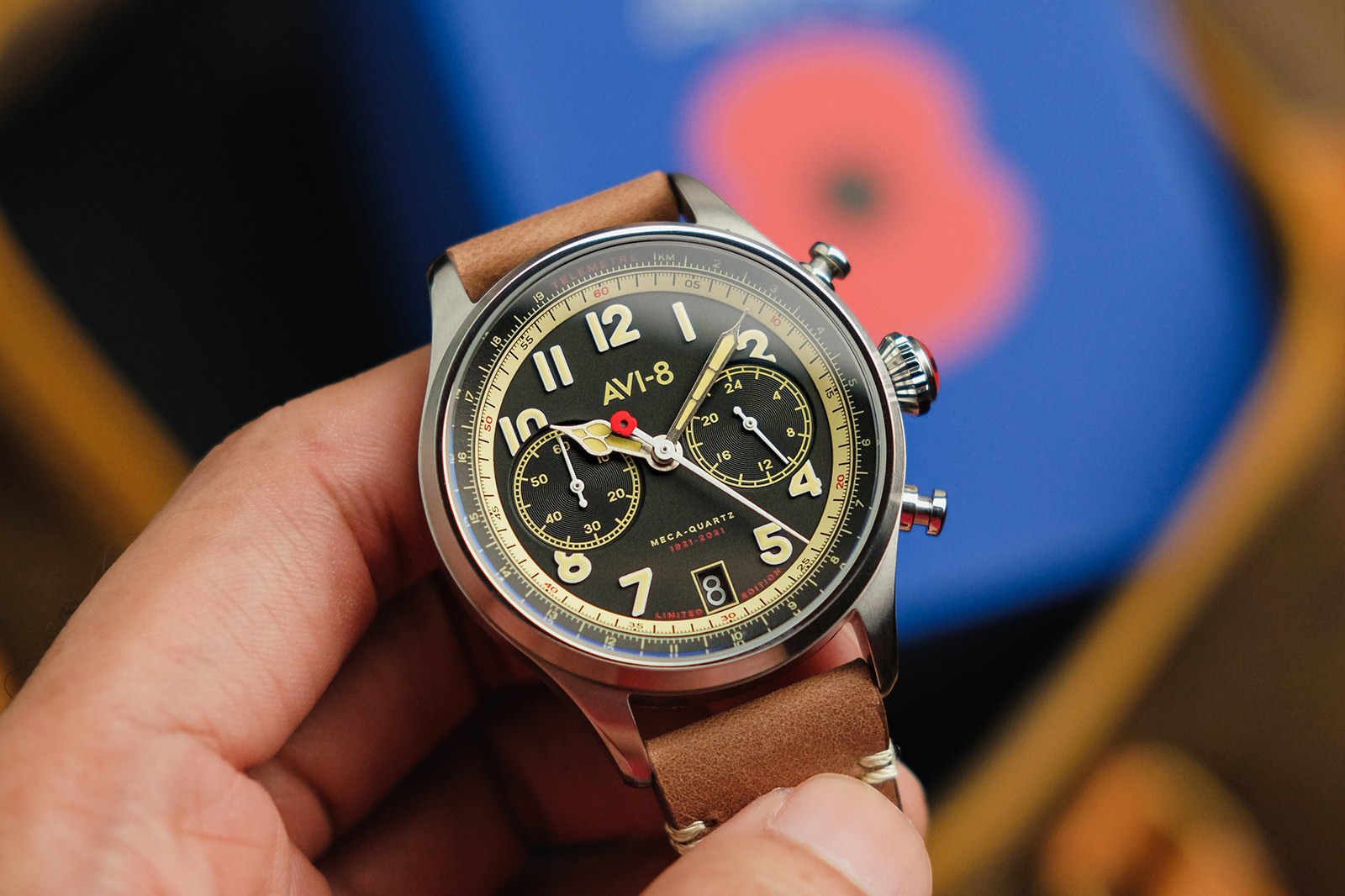 Named after the first founders of the Royal British Legion, Field Marshall Earl Haig and Sir Frederick Lister, Avi-8’s Founder’s Chronograph is a 40mm stainless steel watch with a bicompax chronograph display. It has an onion shaped crown inspired by the vintage trench watches worn by soldiers in WW1, adorned with the depiction of a poppy.

The poppy symbol is also present on the dial in the form of the chronograph seconds hand, which is joined by cathedral hour and minute hands. The overall layout is relatively simple with emphasis on the oversized Arabic numeral and peripheral telemeter. As for colour, there’s a blue version and a heritage brown version. 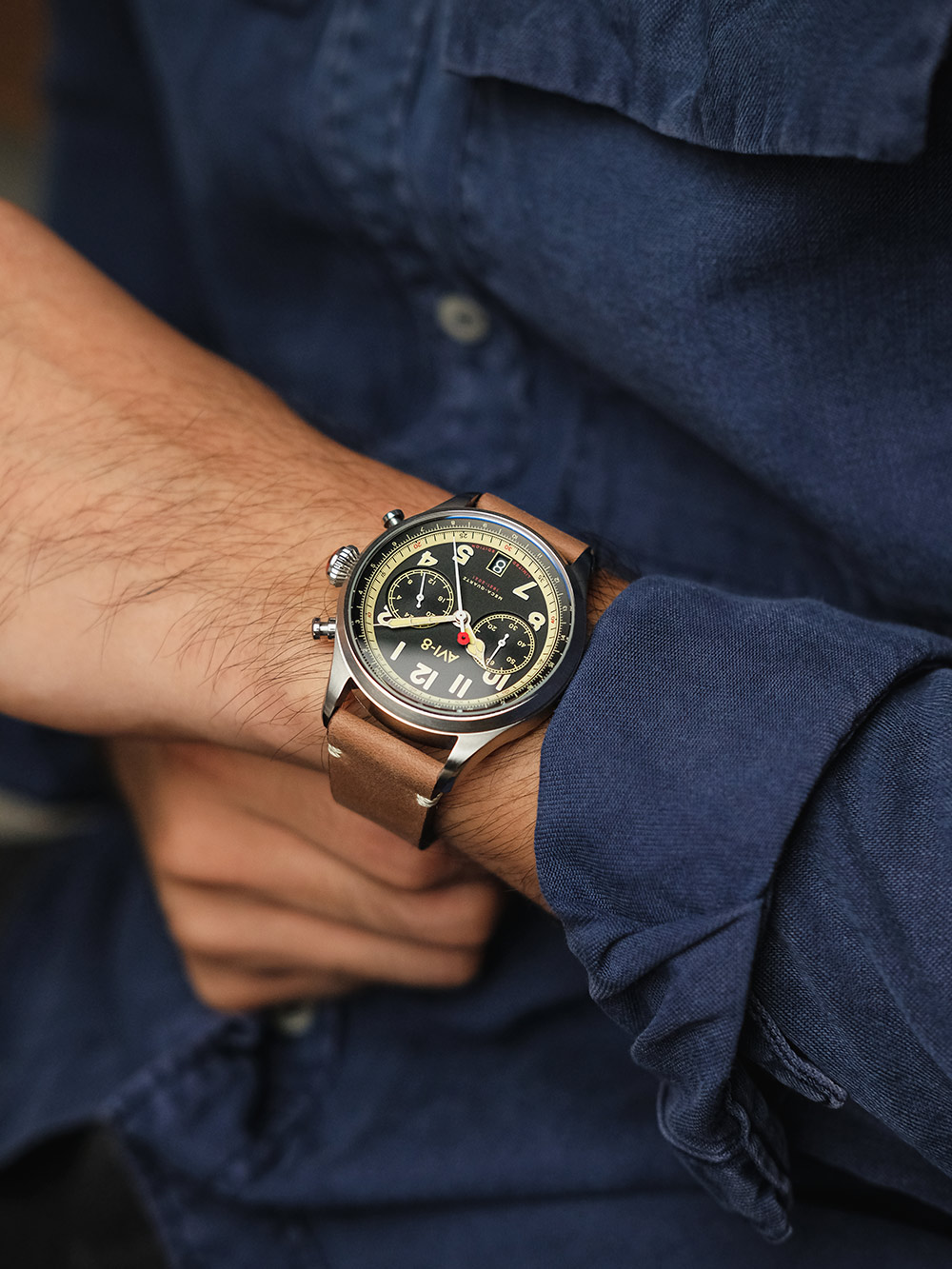 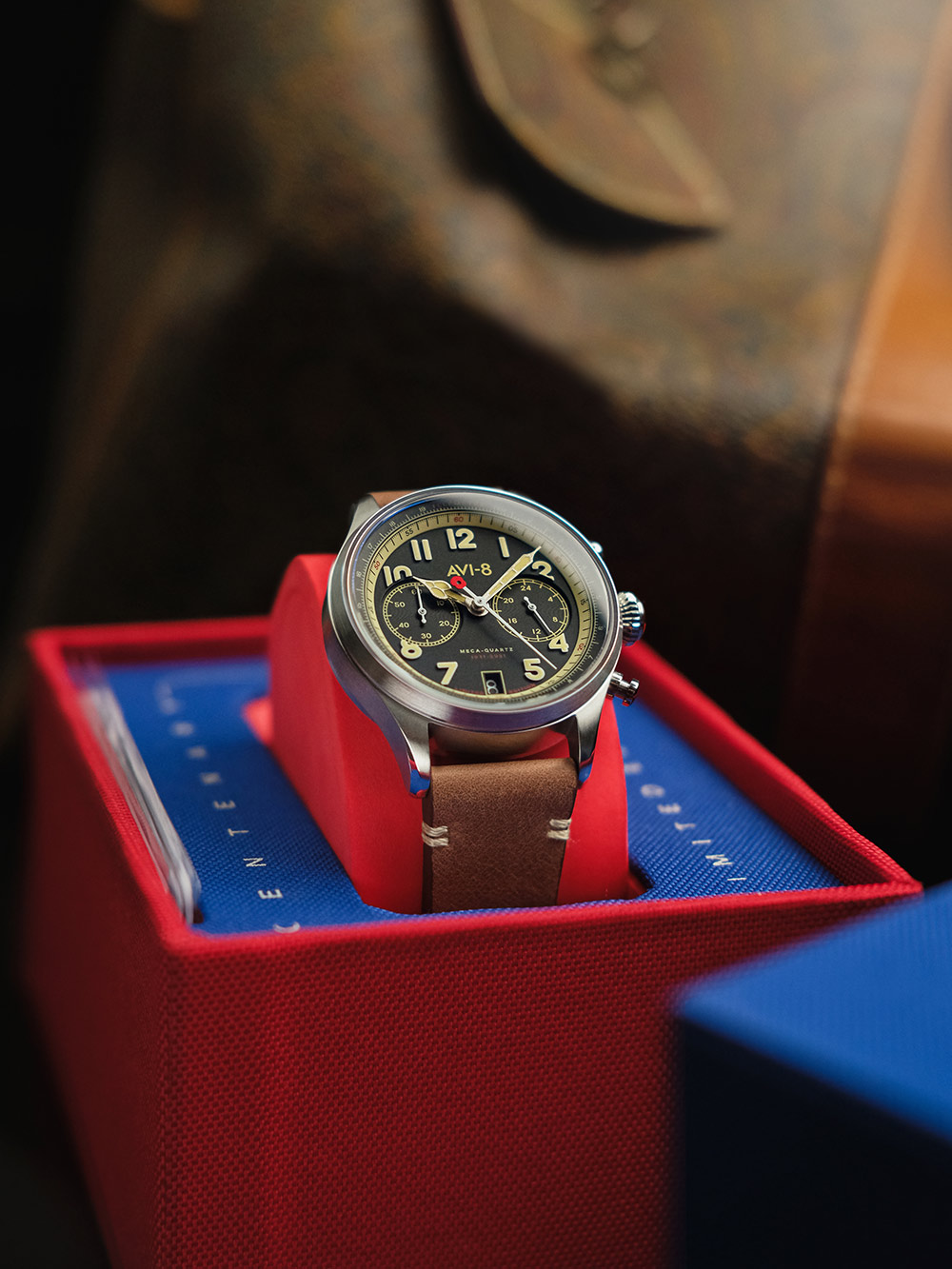 Including a telemeter instead of the more common tachymeter is a lovely touch, as it instantly enhances the military aesthetic. Telemeters allow you to calculate the distance to something which you can both see and hear, such as an explosion in No Man’s Land – something you would very much want to know your distance away from and whether the next one might hit you. 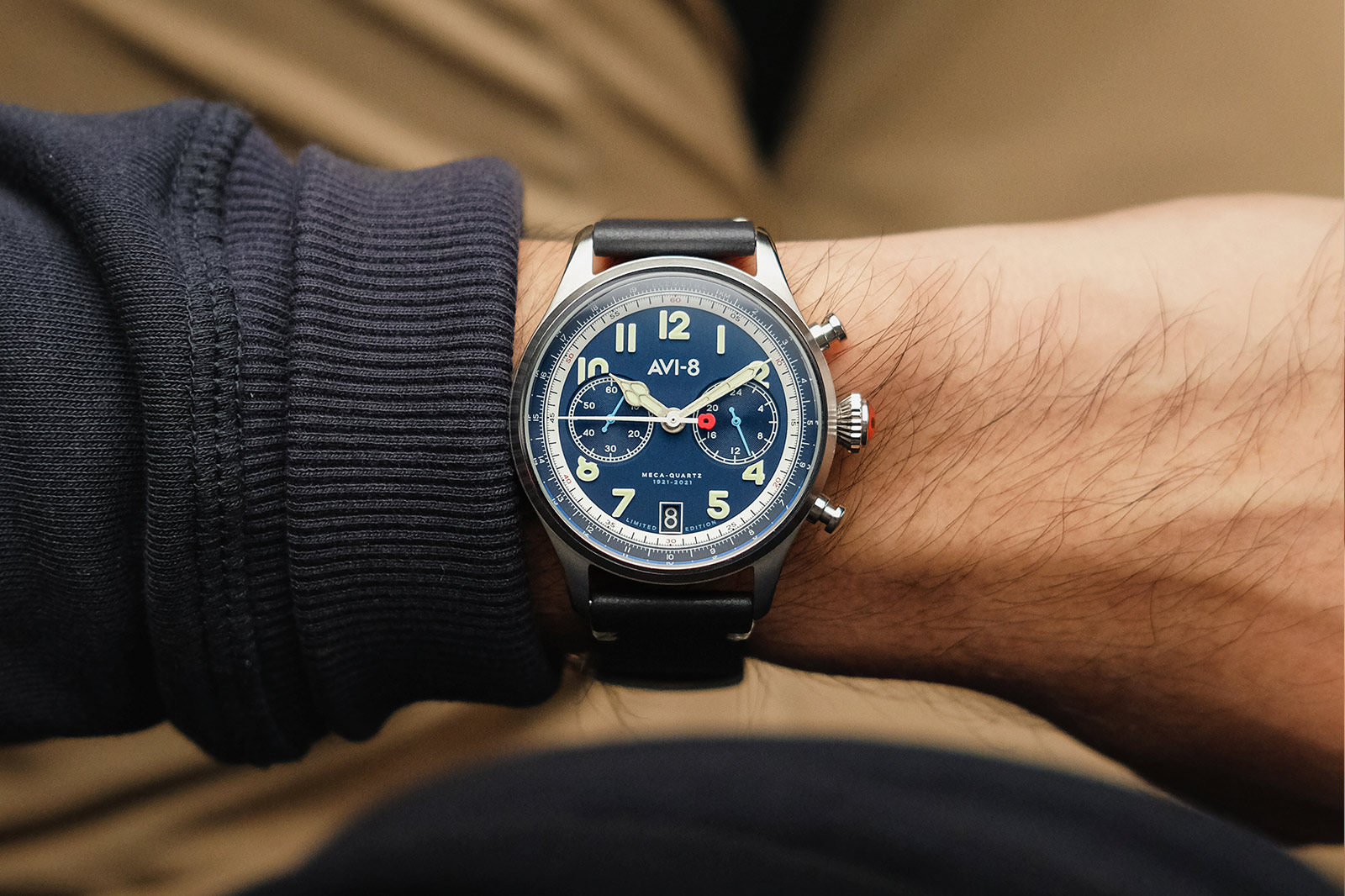 This watch is a charitable piece designed to promote awareness of the ongoing issues surrounding war. So, a horological masterpiece it isn’t, but that’s not the point. It houses a Japanese meca-quartz movement, the TMI VK64, which gives it all the reliability and accuracy of a quartz movement with a hint of what makes mechanical watches attractive. 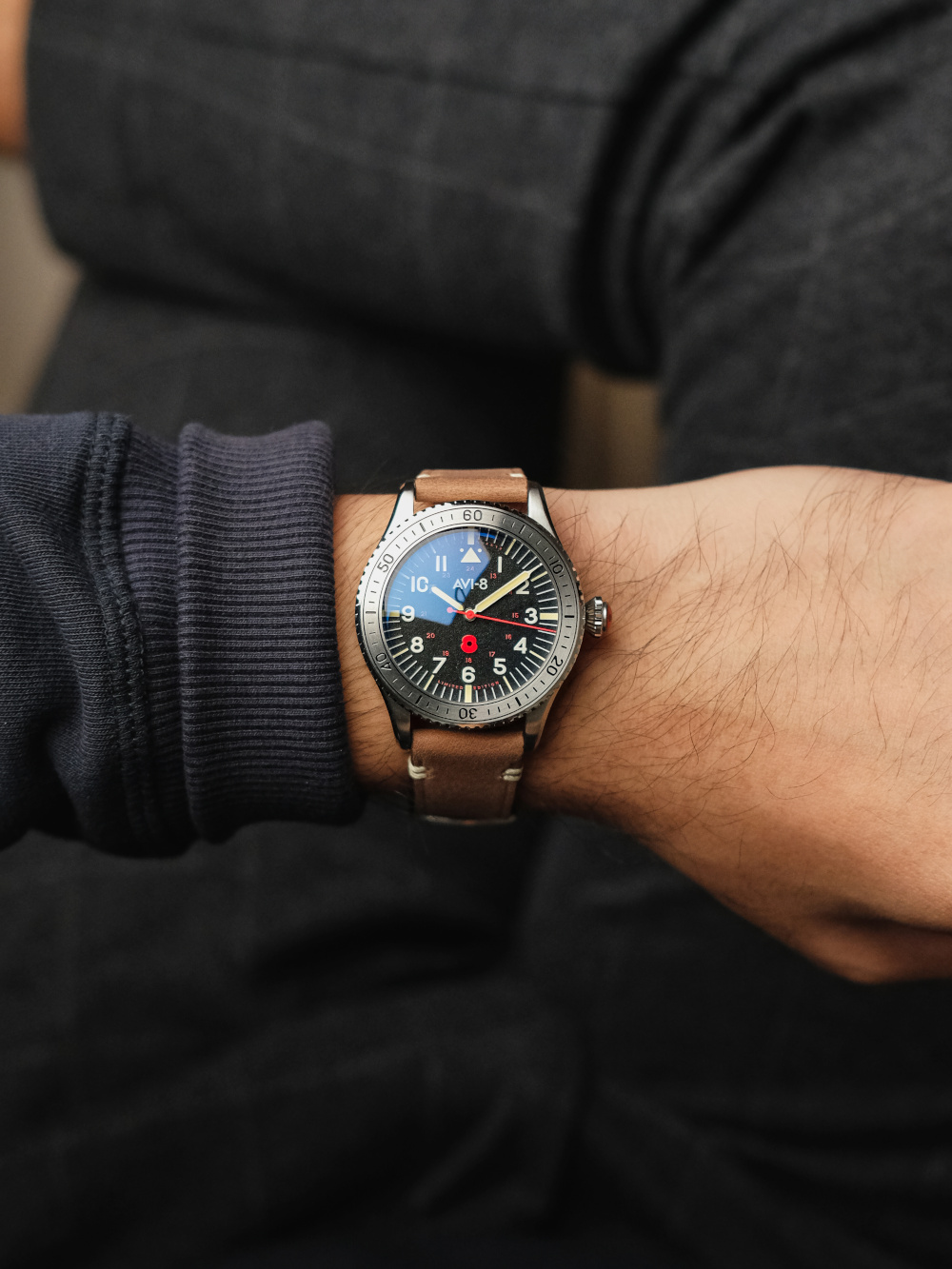 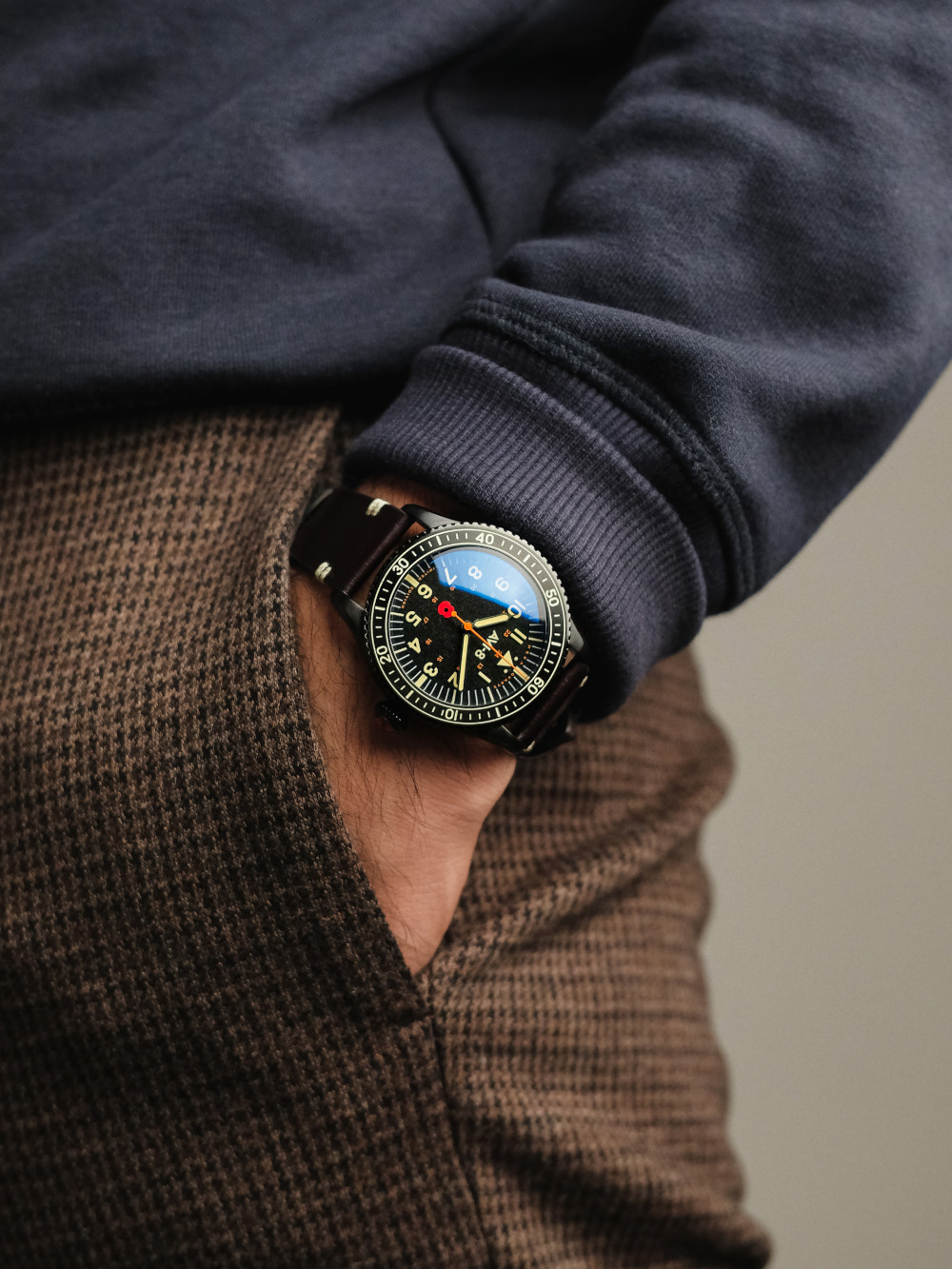 The second watch in this anniversary special collection is the Chairman’s Meca-Quartz. It swaps the chronograph function for a humble 24-hour scale and a unidirectional rotating bezel. Unidirectional rotation isn’t strictly necessary on a pilot’s watch but it’s also not going to dramatically affect your experience with the watch. 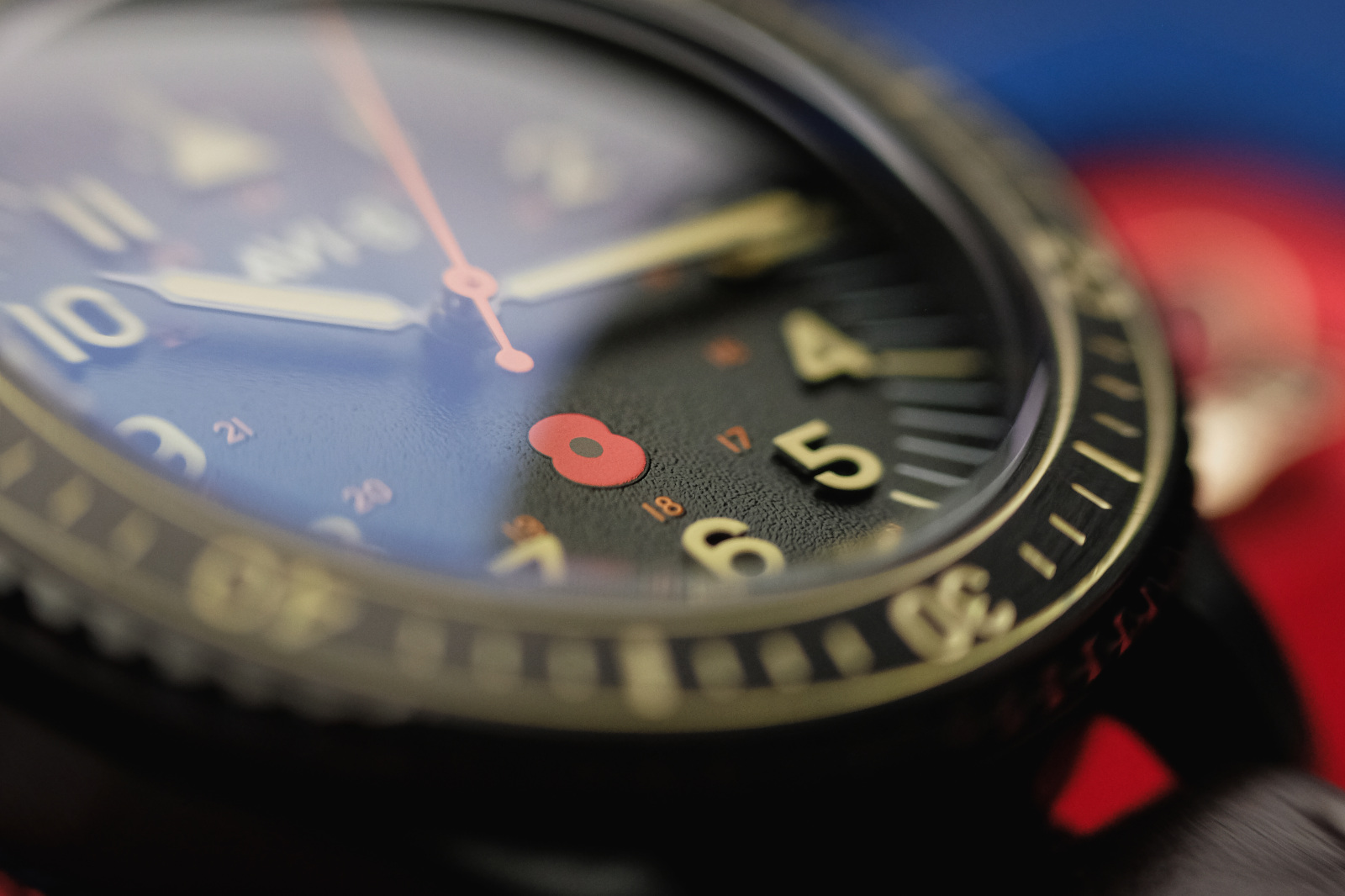 In fact, the bezel is one of the coolest aspects of it. Especially on the Vintage Black colourway, which has a stealthy black case and vintage inspired beige numerals. The alternative colourway, Vintage Brown, has a plain steel case with black markings on the bezel and white on the dial. As for the dial itself, it’s a textured matte black on both versions with the signature RBL poppy above 6 o’clock and syringe hands. 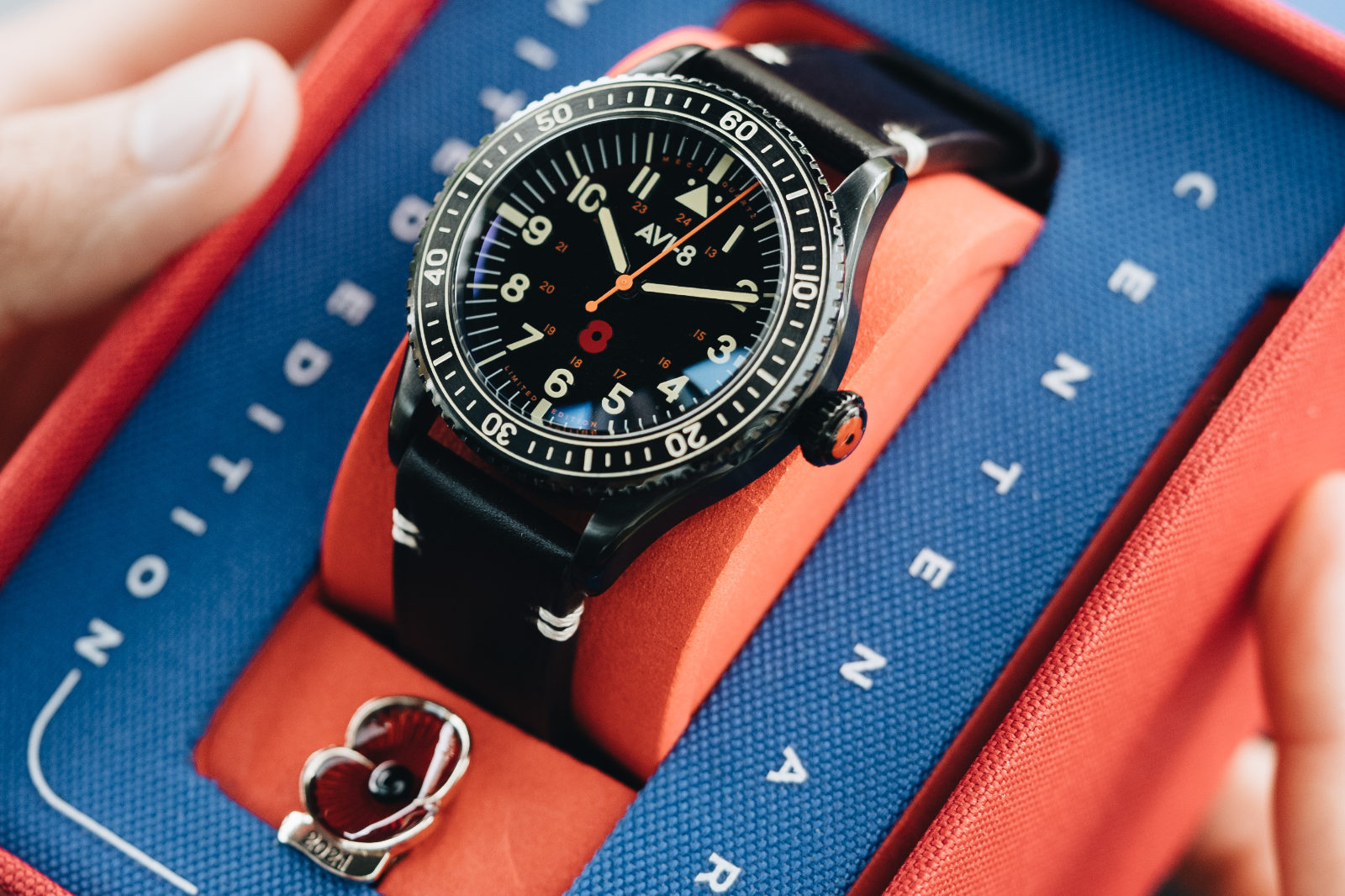 Powering this one is the titular meca-quartz movement, the TMI VH31. Again, not exactly a horological masterpiece but it does make it that much more accessible at £125, £10 of which goes to the British Royal Legion. These watches are a unique way to show your support for the RBL on

Remembrance Day and help to fund the vital charitable work they do with the military and veterans. 1,000 watches of each model will be available.