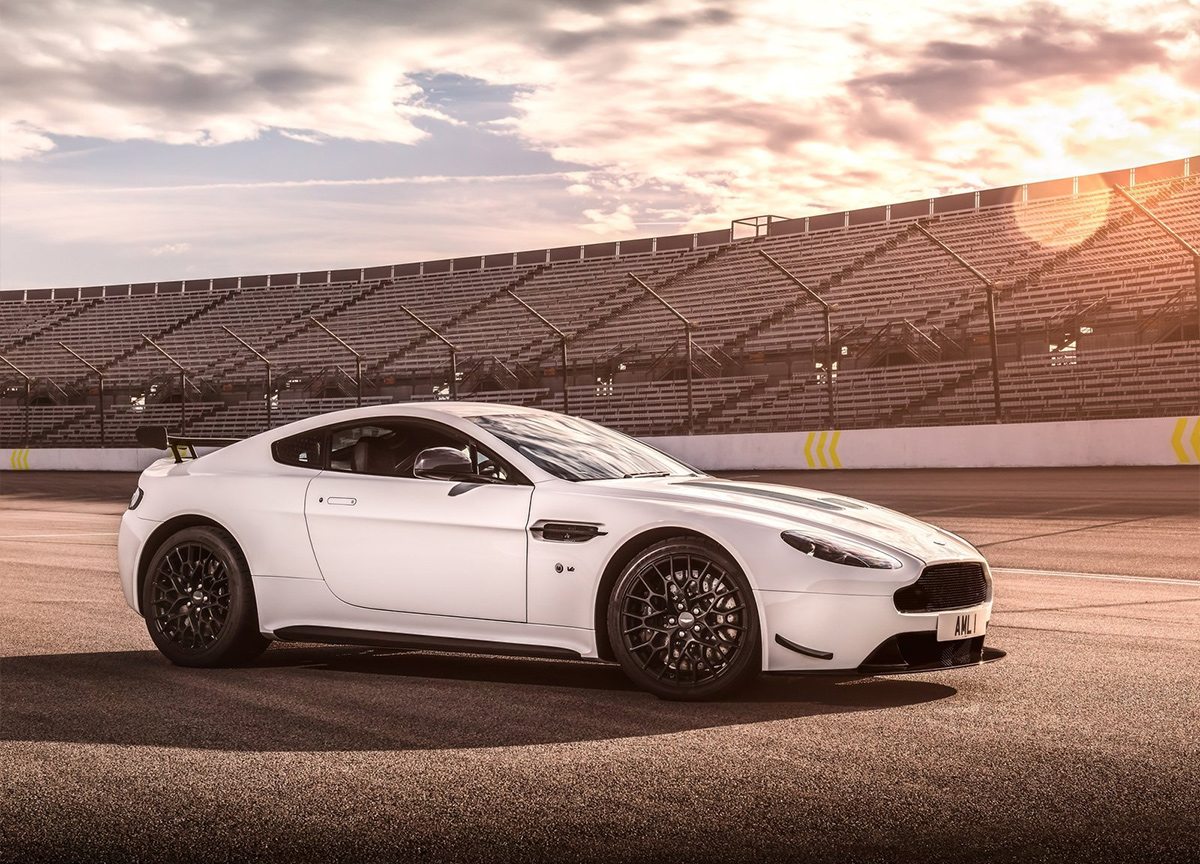 Aston Martin may have returned to the track only relatively recently, but that didn’t stop them winning the FIA World Endurance Championship. Indeed the Vantage V8 GTE that claimed the title was a masterpiece of on-track engineering – a masterpiece that has been translated to the road in the most powerful Vantage ever.

The Vantage has never been the marque’s flagship car but it has always been the most fun. It might pale in performance when compared to some other models, but the feeling you get behind the wheel is a world apart. Now imagine that tank fuelled by yet more adrenaline. The secret to that performance lies in three little letters: AMR. 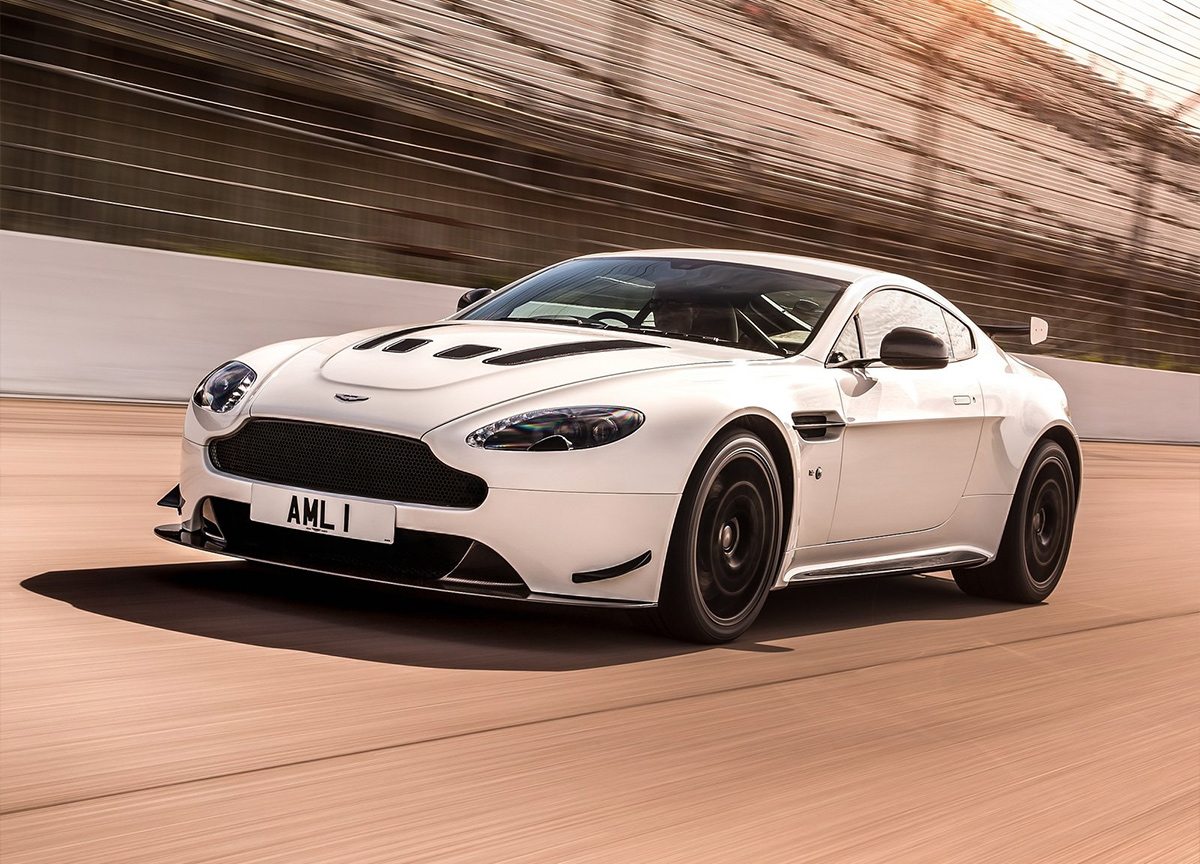 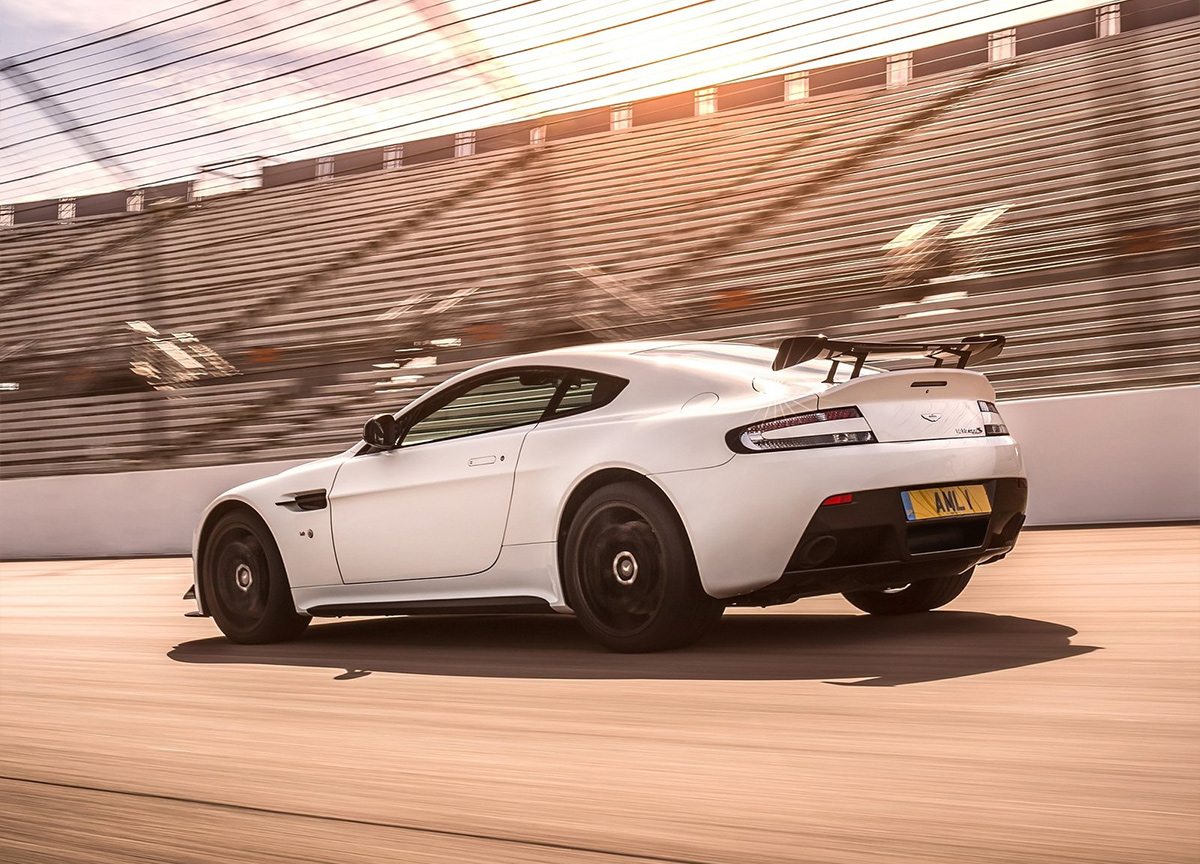 Think of Aston Martin Racing in this context like the AMG of Mercedes but on steroids. All the championship-winning advancements of the GTE have been channelled directly into the Vantage AMR, so much so that it ups the V12 Vantage S by a full 30 brake horsepower for a total of 595.

Given that a vast swathe of the car has been replaced with racing standard carbon fibre, the power to weight ratio of the Vantage AMR is impressive to say the least. It makes the already athletic Vantage a Olympic level sprinter. Throw in the option of an AMR Aero kit which adds spoilers, splitters and dive plans and you have an Aston Martin we dream of driving. 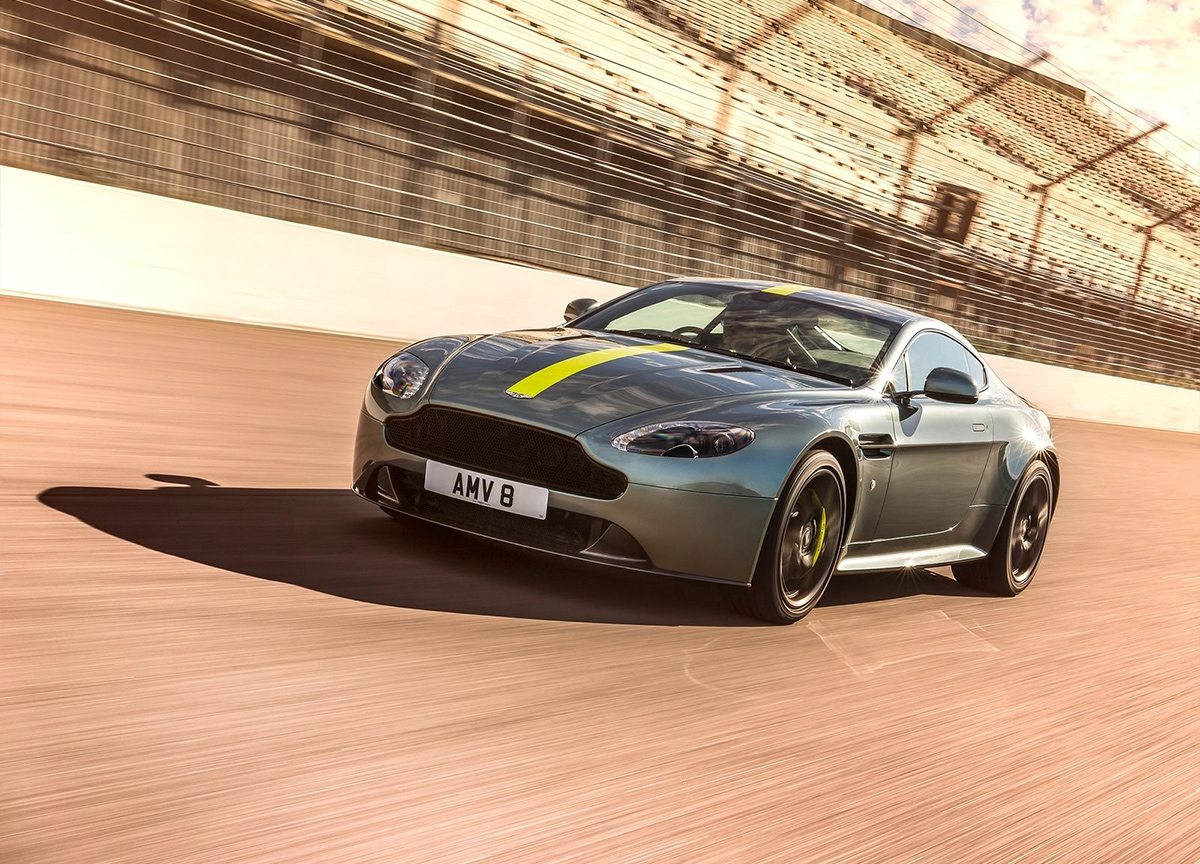 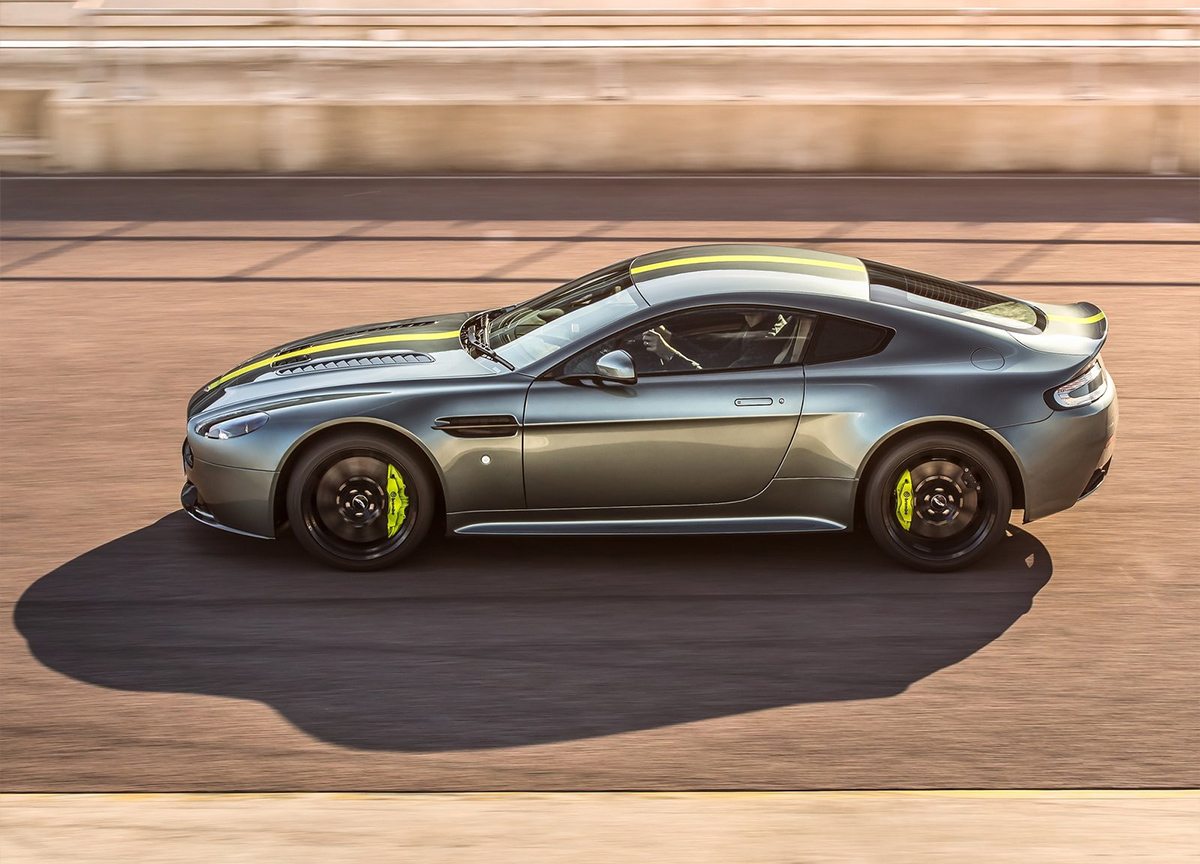 Of course it’s not all about performance and the Vantage AMR has the looks to go with its specs. The lean, sporty style of the standard vantage has been enhanced to bring it more in line with the direction Aston Martin are going – meaner and more aggressive than ever before.

There are a number of different paint jobs available, though all have the same kind of theme, one solid colour with a bright, contrasting graphic on the front. It’s a scheme inspired by that championship-winning GTE and makes the Vantage AMR stand out in all the right ways. 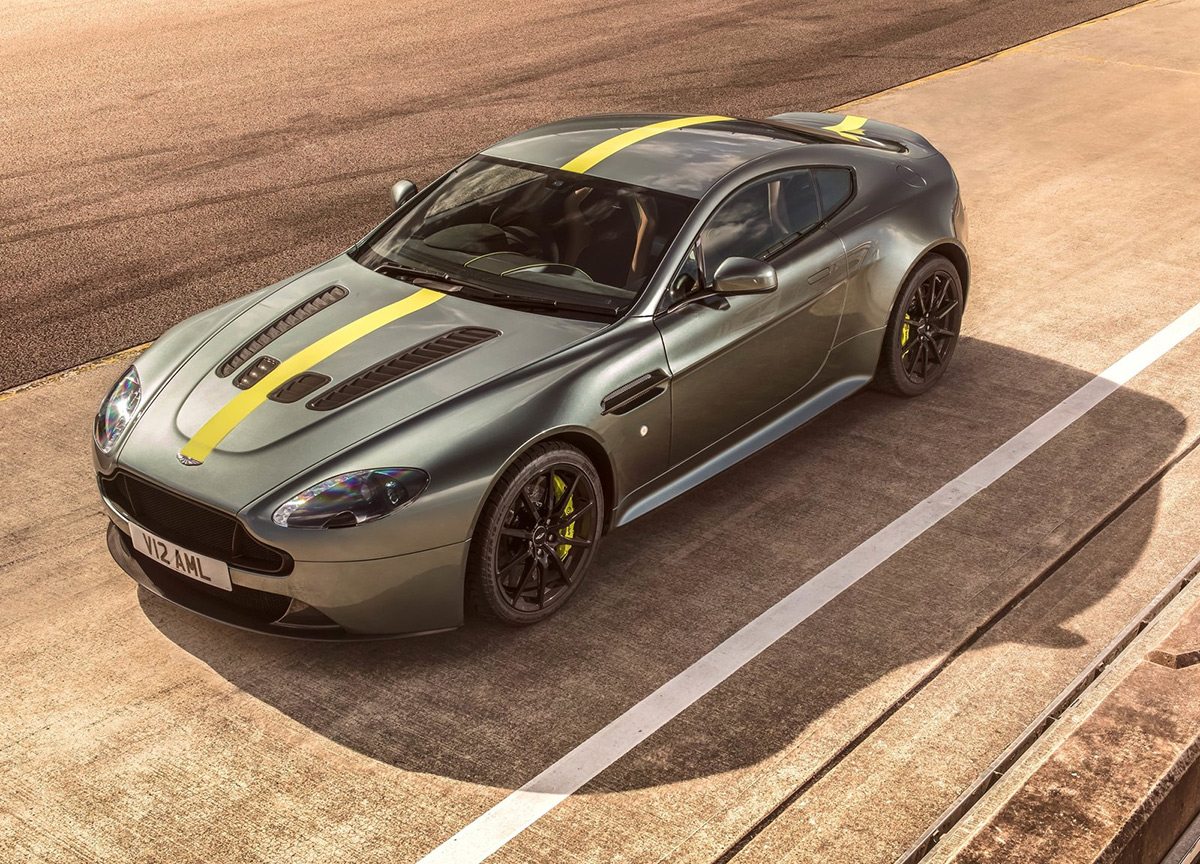 Provided you don’t go for carbon fibre everything, the interior is covered with leather or, in the case of the coupe, alcantara as well. If you do instead go for the full racing spec… well, it might not be as comfortable but you don’t buy the Vantage for that, you buy it for fun – and fun it most certainly will be. Now we’re just waiting for AMR to take on the Vanquish.