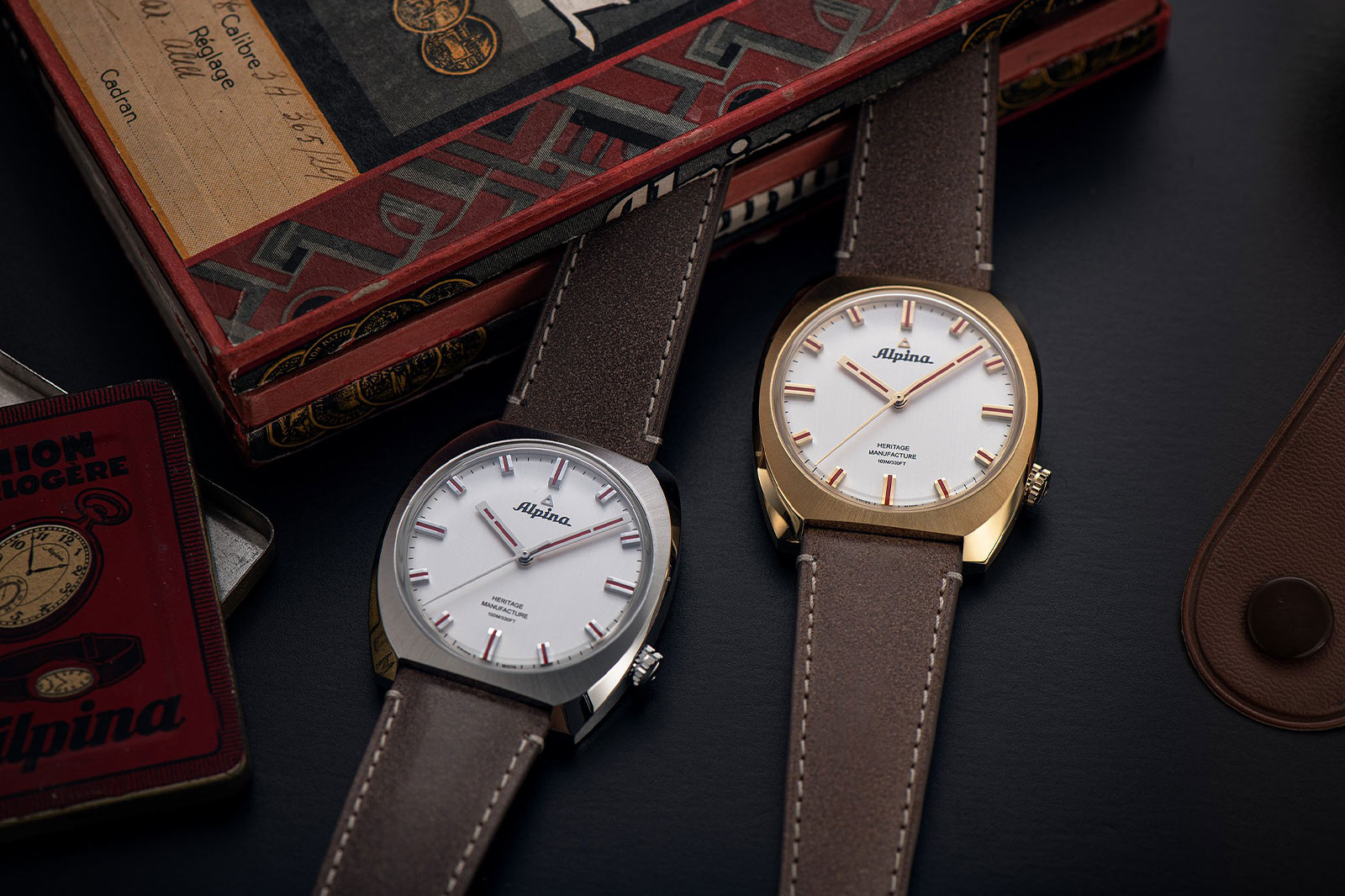 The concept of vintage inspiration isn’t a new thing in watchmaking. Just look at the dozens of modern retro divers that are out there. However, Alpina have given the traditional formula a twist by creating not a heritage-inspired watch, but a heritage-inspired movement. The new calibre, known as the AL-709, is the sixth manufacture movement produced by Alpina and is being released in a limited edition watch based on their Startimer Pilot Heritage.

At the core of the AL-709 is its rotor, the element in automatic watches that winds the calibre as it moves during wear. The most common form of rotor has 360° rotation, which is also true of the increasingly popular micro-rotor that does the same thing on a smaller scale. AL-709 instead has a ‘Bumper’ rotor. Historically, bumper rotors only had a 120° arc of rotation before rebounding off a spring bumper on either side. Theoretically creating less wear on the rotor as the rotation is smaller. 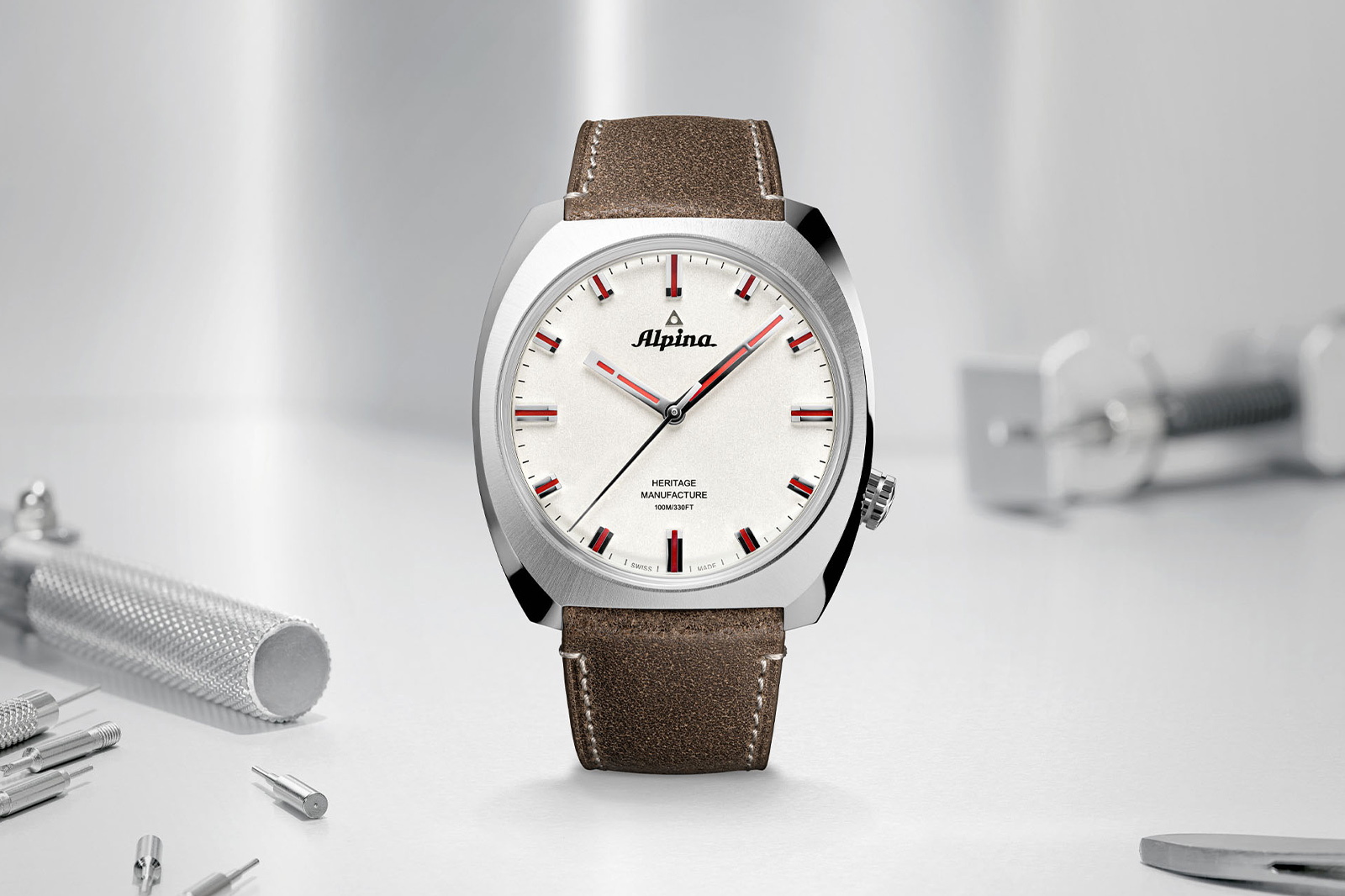 Vintage bumper movements were used by Alpina throughout the 50s. However, the modern AL-709 is only inspired by those original movements and has some notable upgrades. It’s articulated through 330° of rotation and instead of springs, relies on a system of blades for its bumpers. Honestly, the outcome is more collector’s novelty than actual innovation as it only has a 38-hour power reserve and provides no particular benefit over common movements. Cool nonetheless. 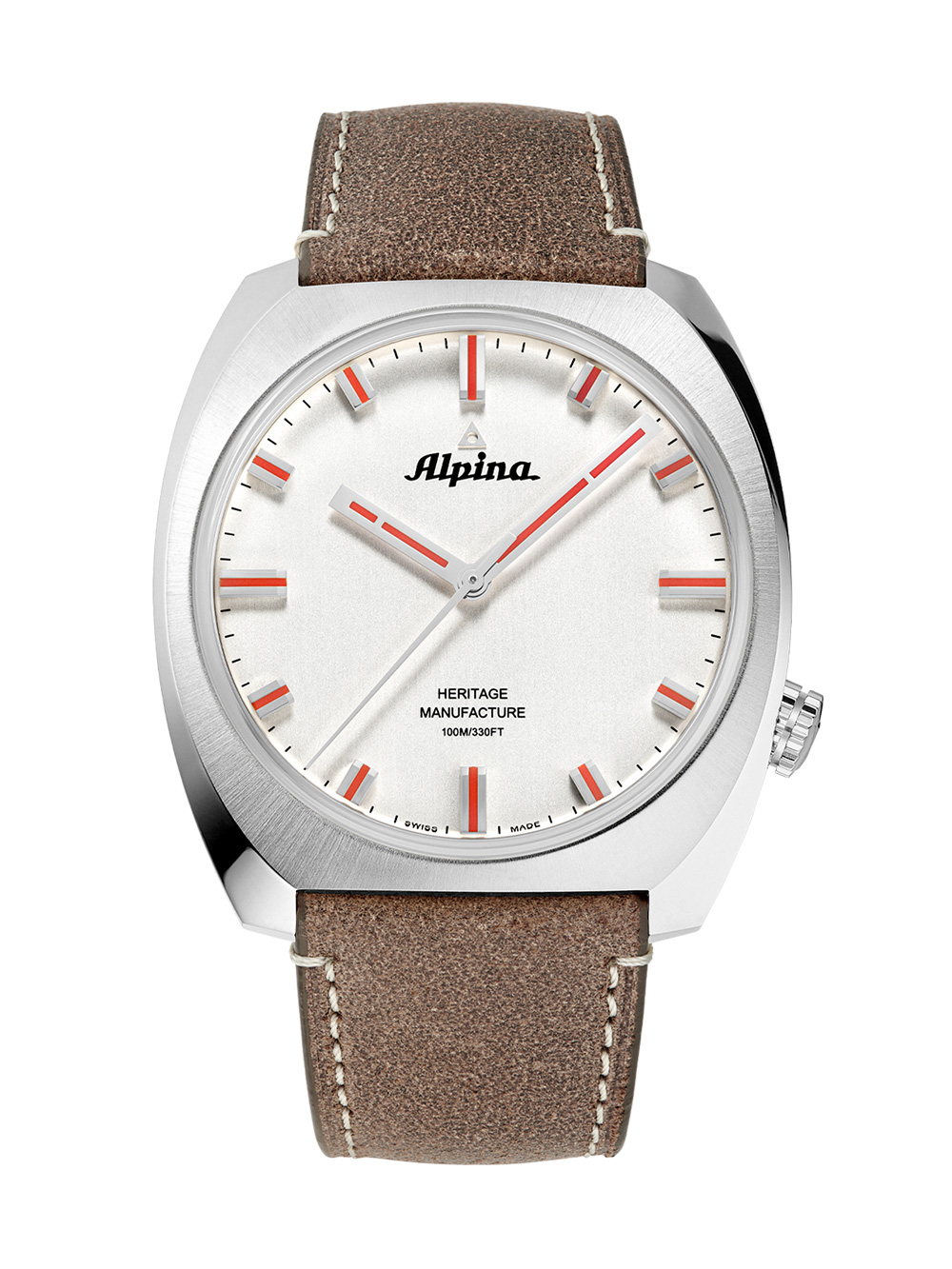 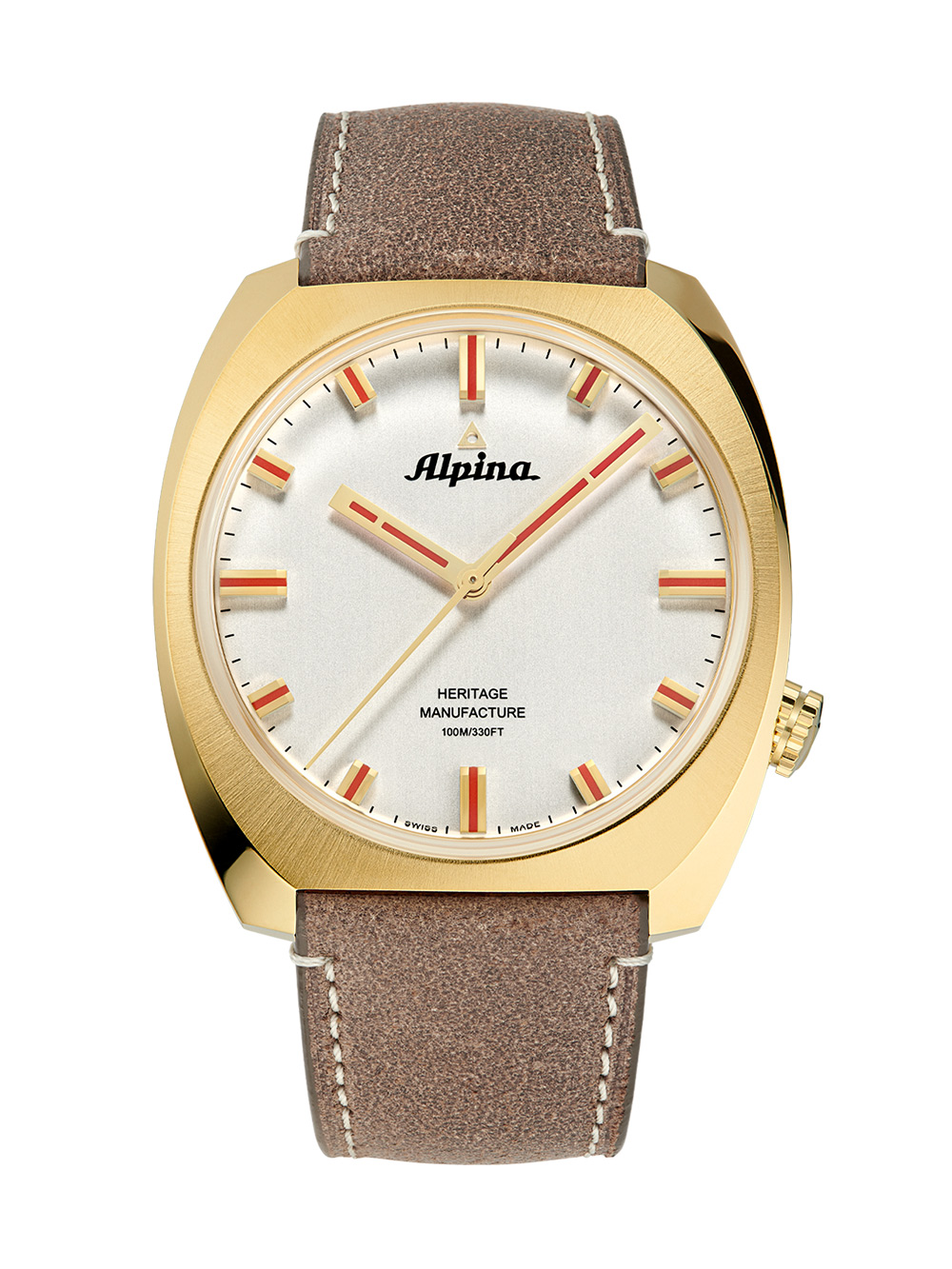 The watch that has been chosen to house this movement is a version of the Startimer Pilot Heritage, available in either plain stainless steel or with gold plating. It has a distinctive elongated cushion shaped case with the crown positioned at 4 o’clock. It’s quite a simple look that compliments the refined time-only dial with raised hour markers.

Both versions, steel and gold plated, are limited to 188 pieces. As you’d expect the gold version is a shade more expensive at €2,950 as opposed to the steel’s price tag of €2,850 (approx. £2,475/£2,390). That’s a similar price point to Alpina’s other Startimer Pilot Heritage Watches. At that price, it’s definitely a piece for collectors who know their movements. Following the success of a limited edition version in summer, Doxa’s SUB 600T is back with a...