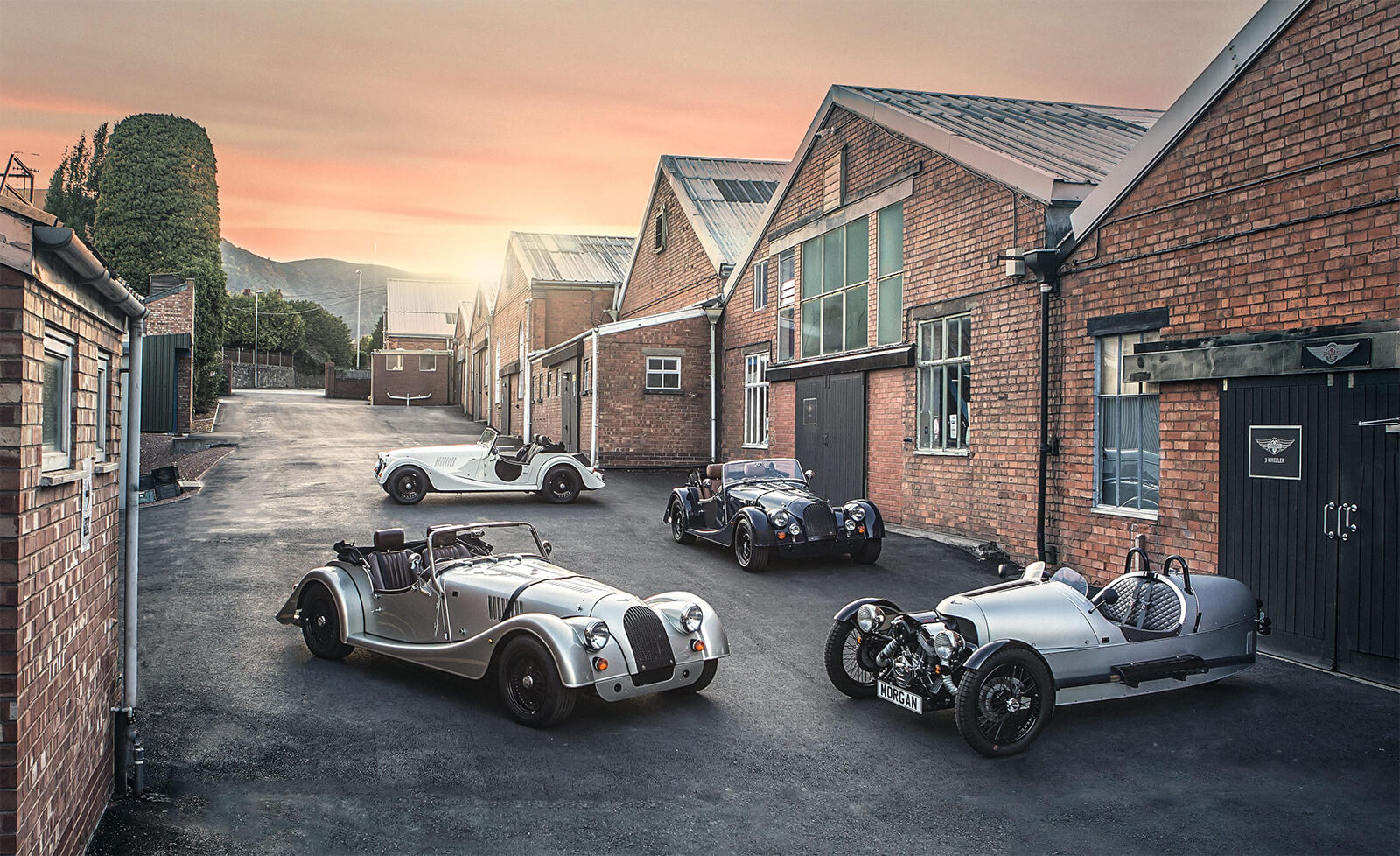 Forget hypercars made from military-grade composites and engines more starship than car, sometimes you just want a throwback, a little speedster that’s more fun than excessive. Well, for their 110th anniversary, Morgan, the unashamedly archaic British maker of the longest production car in history, has you covered. Or not, weather permitting. To celebrate their impressive anniversary, they’ve released a series of three cars, two new takes on the iconic 4/4 and a slightly more modern version of their three-wheeler. They all use traditional ash frames and require the driver to don a scarf and goggles before they’ll start. Beginning at £44,106, they’re the perfect countryside runaround.

The Sound Of David Lynch

Important as he is as a director, most people wouldn’t want their home turning into Twin Peaks, but fortunately in his collaboration with audio specialists, Bang & Olufsen, David Lynch has restricted his surrealist influences to speaker design. If B&O’s track record isn’t good enough for you, Lynch himself is a musician among many other things, and the demanding director wouldn’t lend his name to something he wasn’t happy with. Either way, the set of three speakers (from £175), taking images from Lynch’s ‘War Between Shapes’ series, is definitely a design statement. With their connectivity, they’re like pieces of art – but you know, actually useful. 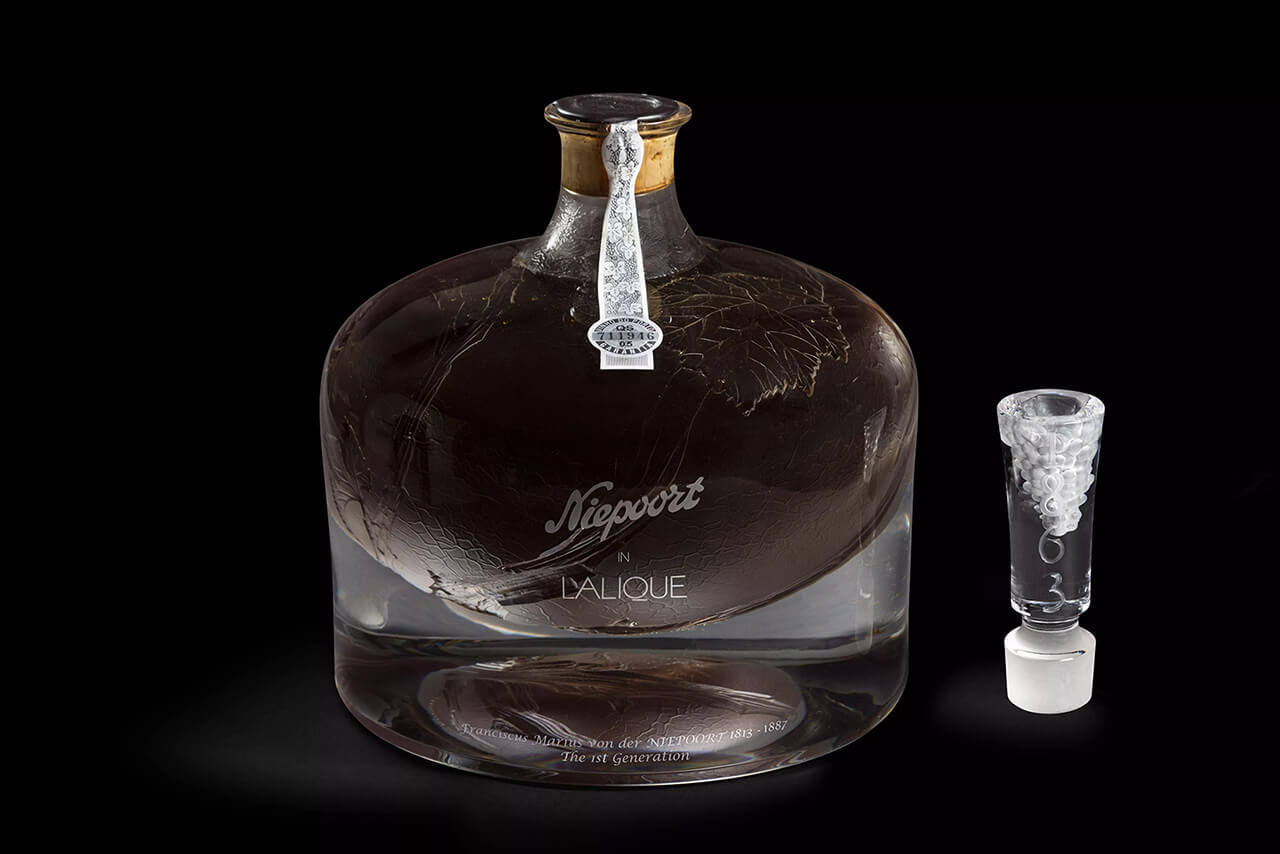 Forget that dusty bottle of port at the back of your liquor cabinet, ready only to be wheeled out after too much Christmas feasting. This is a serious bottle of port. And by serious we mean 155-year-old serious. Drawn from the deepest, darkest corners of Niepoort’s, it’s not just the 1863 vintage itself that’s spectacular (not too sweet but incredibly concentrated, apparently) but the stunning Lalique decanter it’s presented in. By the time you read this, it’ll have smashed its $20,000 estimate, but at least if it miraculously appears on your friend’s shelf you’ll now know what you’re in for. 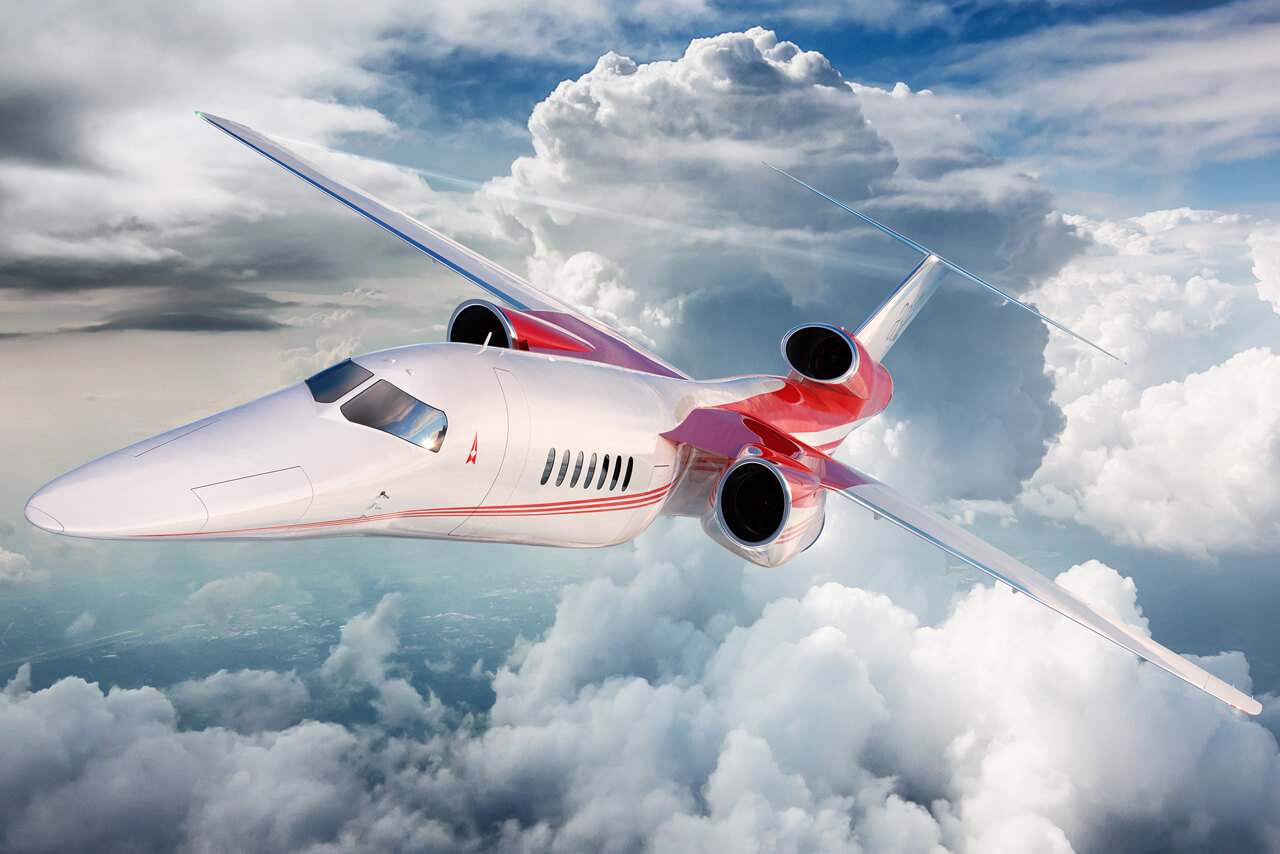 Ever regret not making it onboard Concorde? The mere thought of breaking the sound barrier on a commercial flight is electrifying. Well, soon enough you’ll be able to relive the experience on a private one, too. A start-up project with aerospace specialists GE, the Aerion AS2 is set to be the first supersonic business jet in the world. Granted, we have another few years to wait (it’s said to be ready in 2023), but you’d best get your orders in soon; this baby’s going to go fast.

Watchmaking For Your Phone 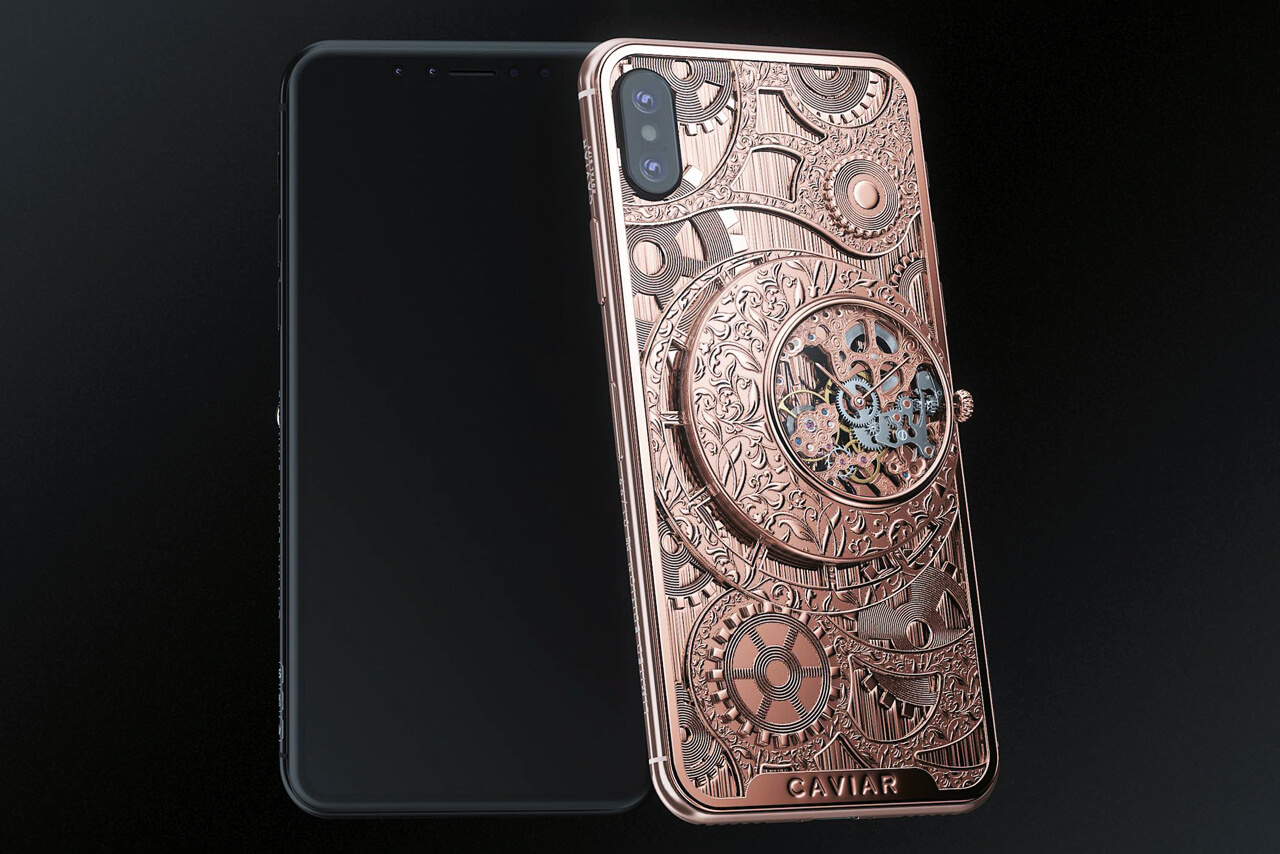 With a name like Caviar, you can’t expect much in the way of subtlety from this particular phone case manufacturer. You wouldn’t be disappointed either. They’ve built precious metal cases before with portraits of Putin on them (we imagine he was their sole customer there), but this is something else entirely. The Caviar Grand Complications Skeleton Rose Gold case for the iPhone XS (€5,870) houses an entire skeletonised watch, complete with a slimline movement so as not to bulk your phone up too much. Subtle? No. Impressive? Hell yes.

After years of producing some mechanically serious– if a little OTT – timepieces, the horological brothers at Grönefeld have finally toned it down a notch for the 1941 Principia, which might just be their coolest collection yet. There are no tourbillons, dead-beats or remontoirs here, just beautiful automatic movements and (in the coolest piece) salmon dials. It’s still pure haute horology, but one you’ll be wheeling out every day.

Going Out With A Bang 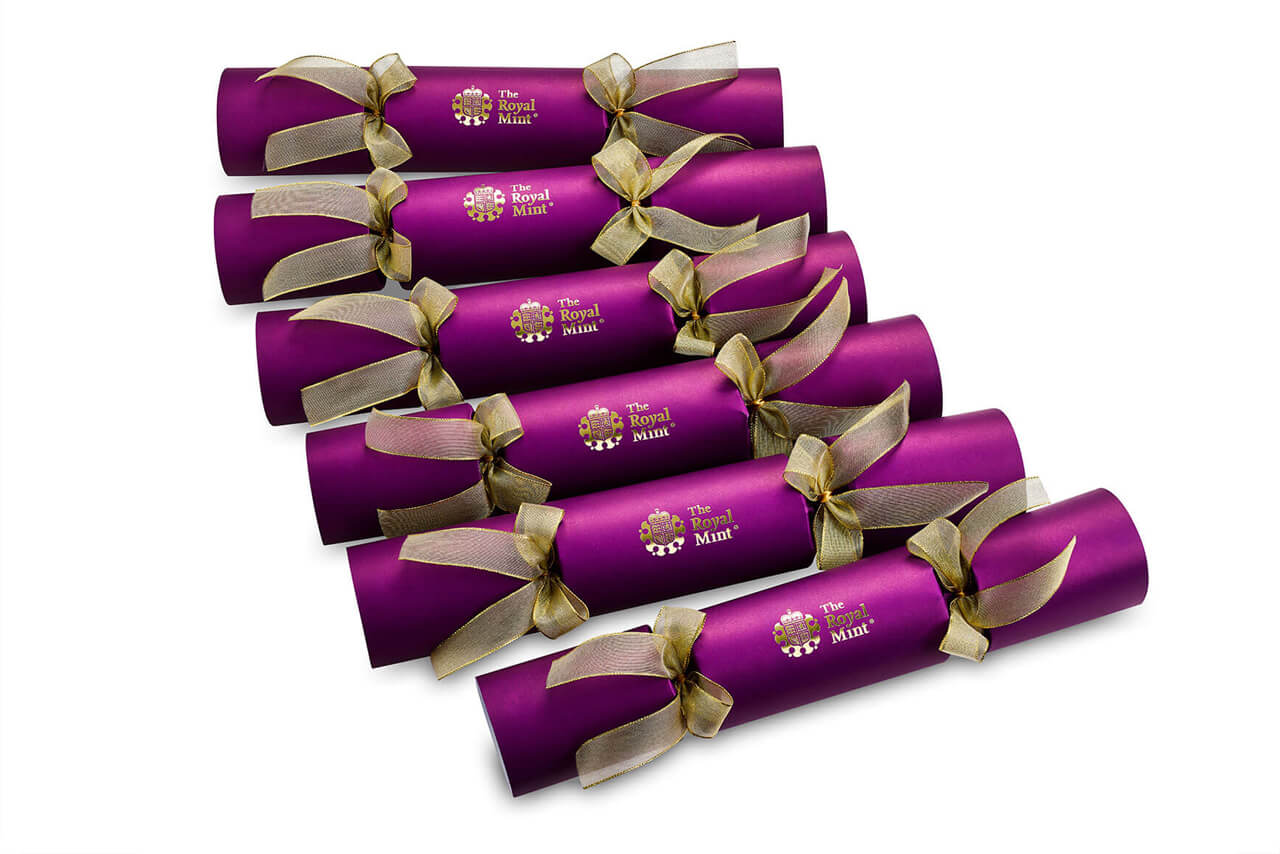 Crappy paper hats, a plastic comb and a joke that’s so bad you’re embarrassed to read it out loud, Christmas crackers are a more depressing seasonal necessity than watching your racist uncle yell at the TV. Except, of course, when they’re stuffed with gold bullion courtesy of the Royal Mint. Amping up the festive decadence, Royal Mint’s Gold Cracker set (£5,000) contains a 1oz gold bar, a diamond necklace and a ransom of gold coins. They’re weighty to say the least. Fortunately, the only thing they don’t have are the jokes. It’s a Christmas miracle. 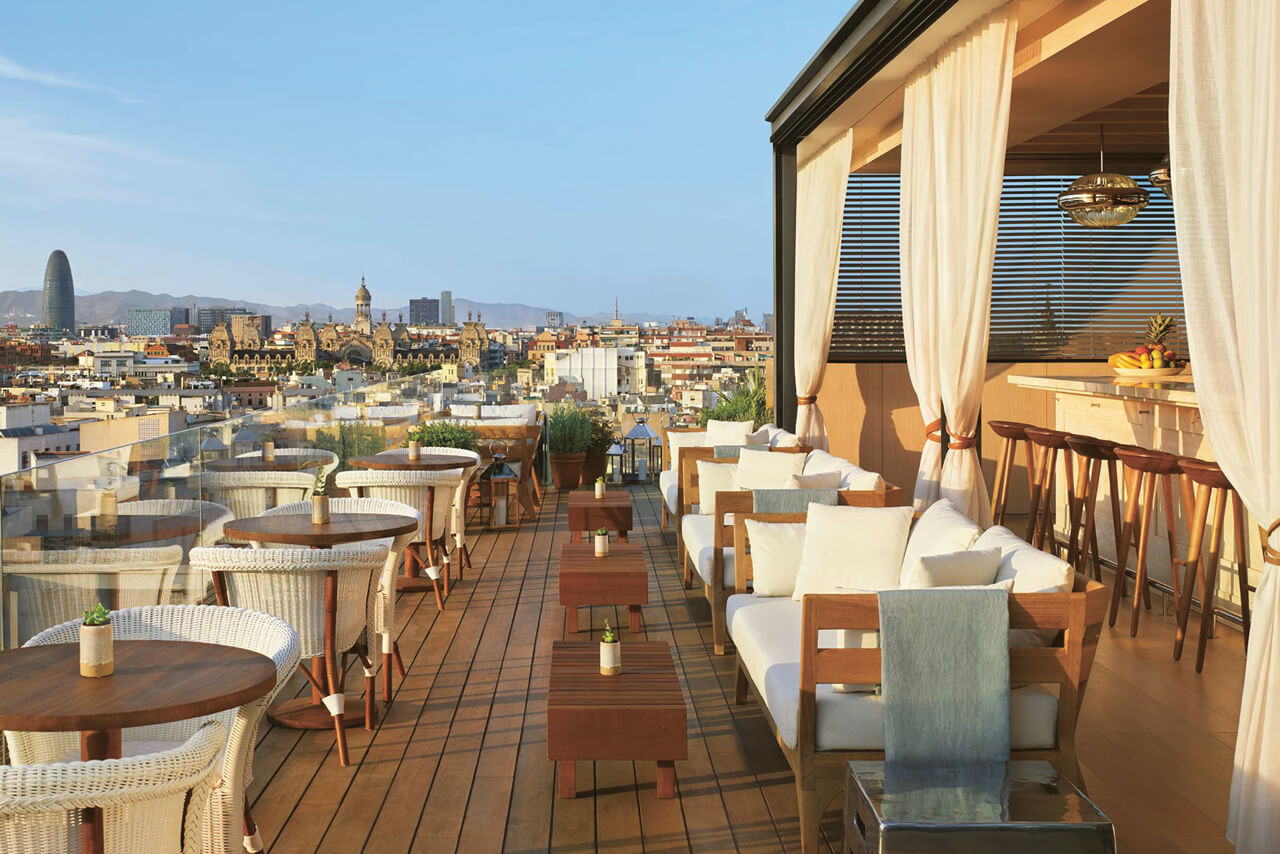 We don’t need any more reasons to visit Barcelona, but if we did the new Barcelona Edition hotel is a pretty decent one. Rather than the authentic casa-style establishments that dot the city, think sleek minimalism, geometric lines and effortless cool. You know, like every other Edition hotel, just with some extra Spanish flavour. The rooftop pool is worth a visit in itself. Be careful with that Patek, though; Spanish pickpockets have great taste in watches. Watts and Watches: High-End Audio Paired with the Coolest Horology