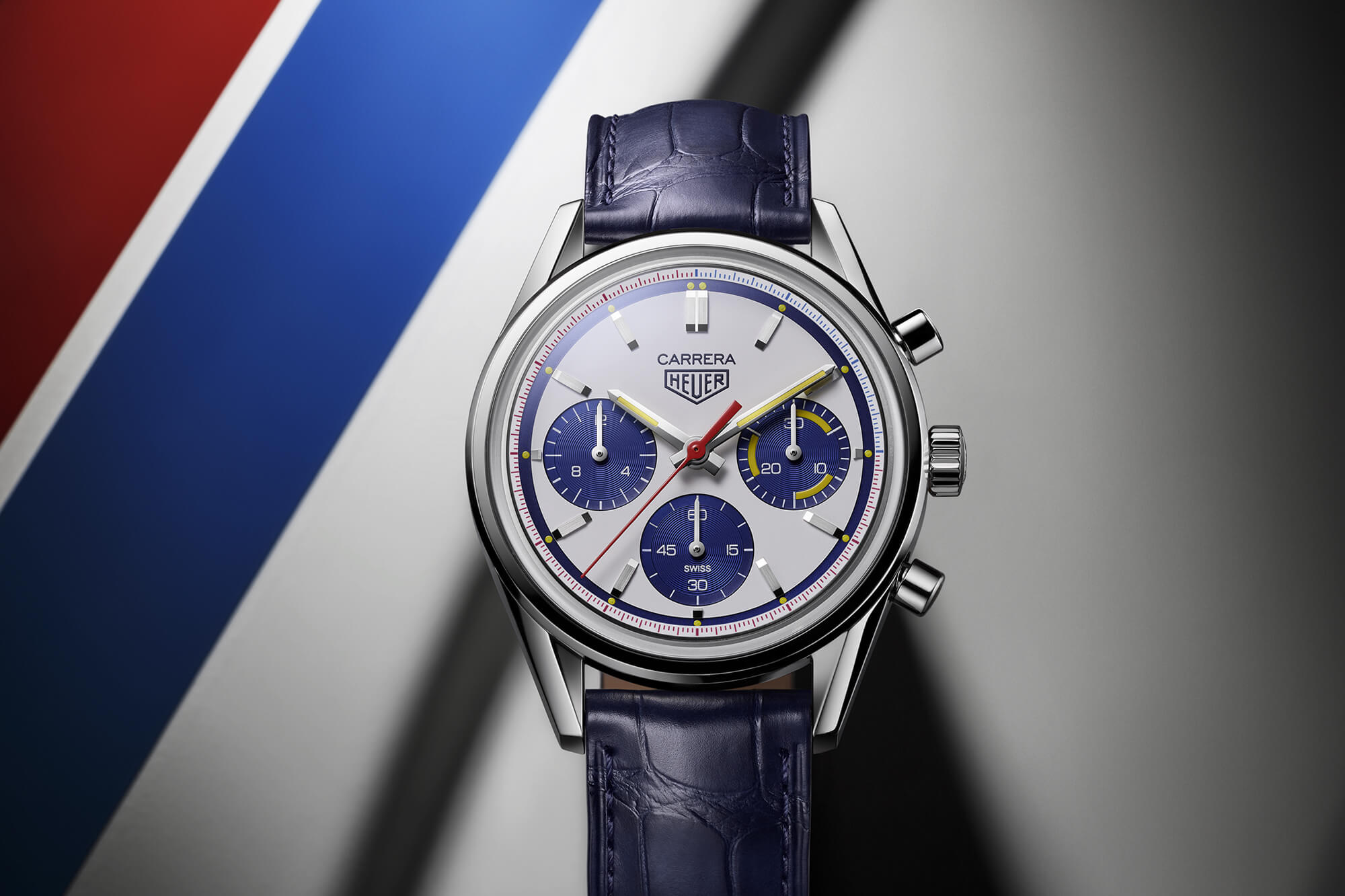 What’s better than a re-issued vintage Heuer? One that combines the playful, high-octane livery of the legendary white Montreal with the contemporary calibre and more accessible case of the modern Carrera. Released to coincide with the brand’s 160th anniversary and limited to 1,000 pieces worldwide, this is a step beyond an archival piece. Sure it lacks a little of the 70s charm of the original Montreal grail watch, but it’s an incredibly cool, colourful future collector’s piece. 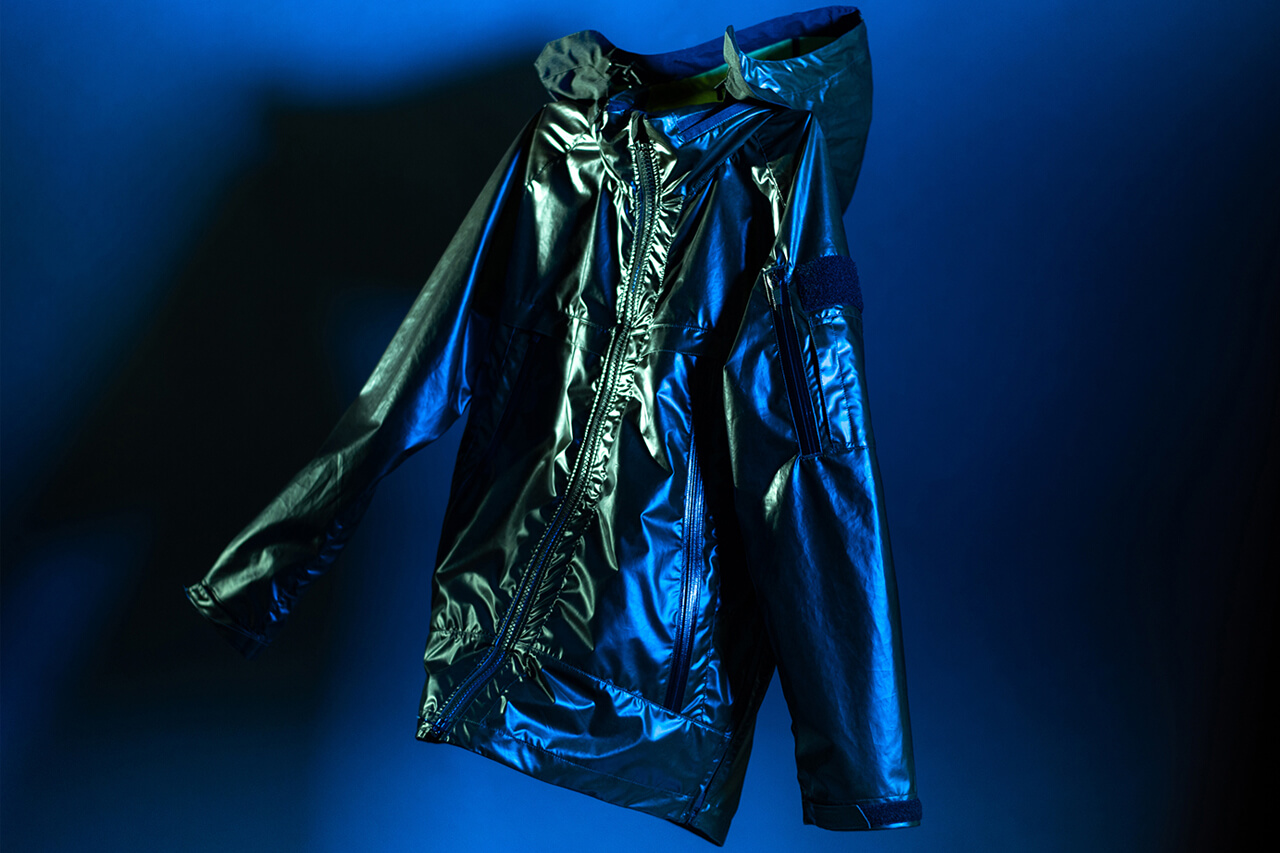 If there’s a company out there vying with Vollebak for most outrageously technical outerwear, it’s ORBITGear, whose W110-J React Jacket has a secret that only shows if you get a little hot under the collar. The material it’s made from is heat reactive, meaning that as the jacket gets warmer it changes from green to brown, completely altering the entire look of the jacket. Combined with oversized pockets and a foldable hood, it’s practicality with a twist. If you’re looking to switch up your look while you’re wearing it, this is one for you. 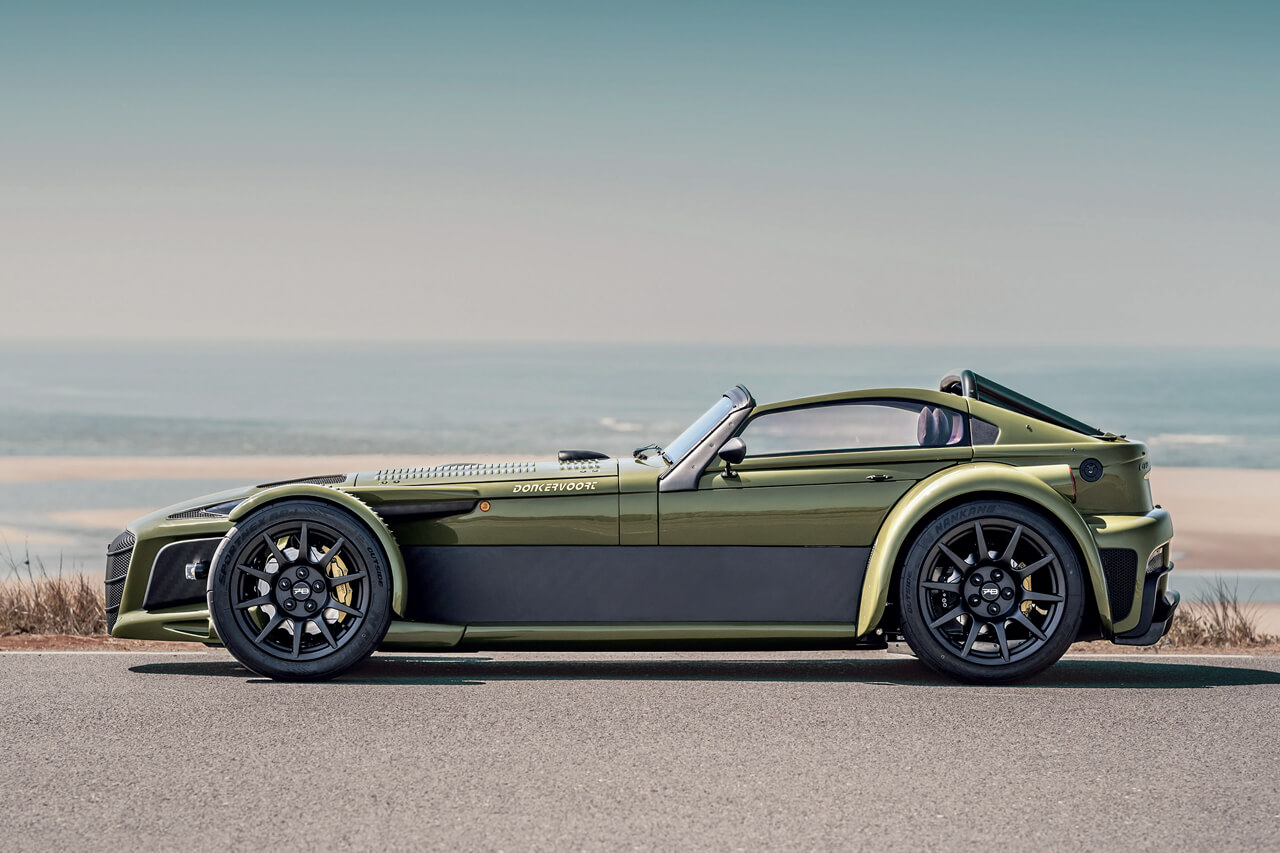 415 horsepower. 62mph in 2.7 seconds. 124mph in 7.7 seconds and capable of pulling two Gs in the corners. This isn’t a McLaren or a Lamborghini we’re talking about but something entirely more mental: the Donkervoort D8 GTO-JD70. Limited to just 70 models in homage to the founder’s 70th birthday, this is the first sports car capable of hitting those kind of forces and, when you get a look at it, that’s no surprise. Mad Max meets rocket car, it’s a lightweight, adrenaline-fuelled beast that we want – no, need – to get behind the wheel of. It’s also pretty clean. We doubt that changes anything for you, but it’s nice to know. 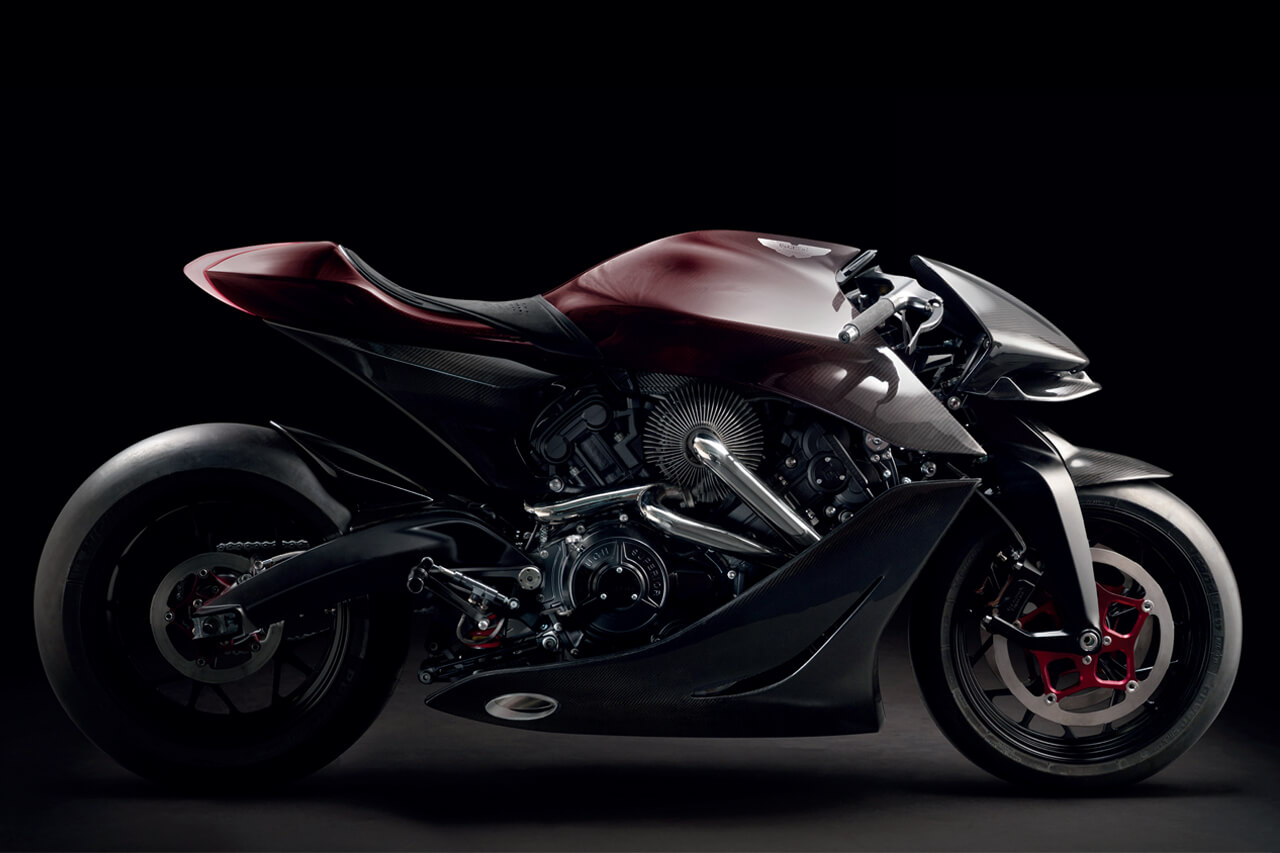 Back in 2019 legendary British marque Aston Martin announced its team-up with equally legendary bike specialists Brough Superior. Now after plenty of development we have the result – and it’s phenomenal. A combination of carbon fibre and aluminium with a thin seat, the AMB 001 is a lightweight racer of a bike, sweeping and almost sinister, especially in what the makers are calling the Inferno livery. Only 100 of these will be made and if they don’t sell out instantly then we’ll be on our bike.

If being trapped at home has incentivised to make the most out of your gaming set-up, then you might have dabbled with the idea of a proper monitor. The 49’’ Samsung Odyssey G9 is about as good as it gets. The highest-performance gaming screen on the market with the blackest blacks and cleanest, crystal-clear image, it’ll kick next-gen into 4K without issue. Though be warned: its 250Hz refresh rate is so good that your computer might have a bit of an issue keeping up. Still, if you want the best, it pays to invest – and the Odyssey G9 is very much the best. 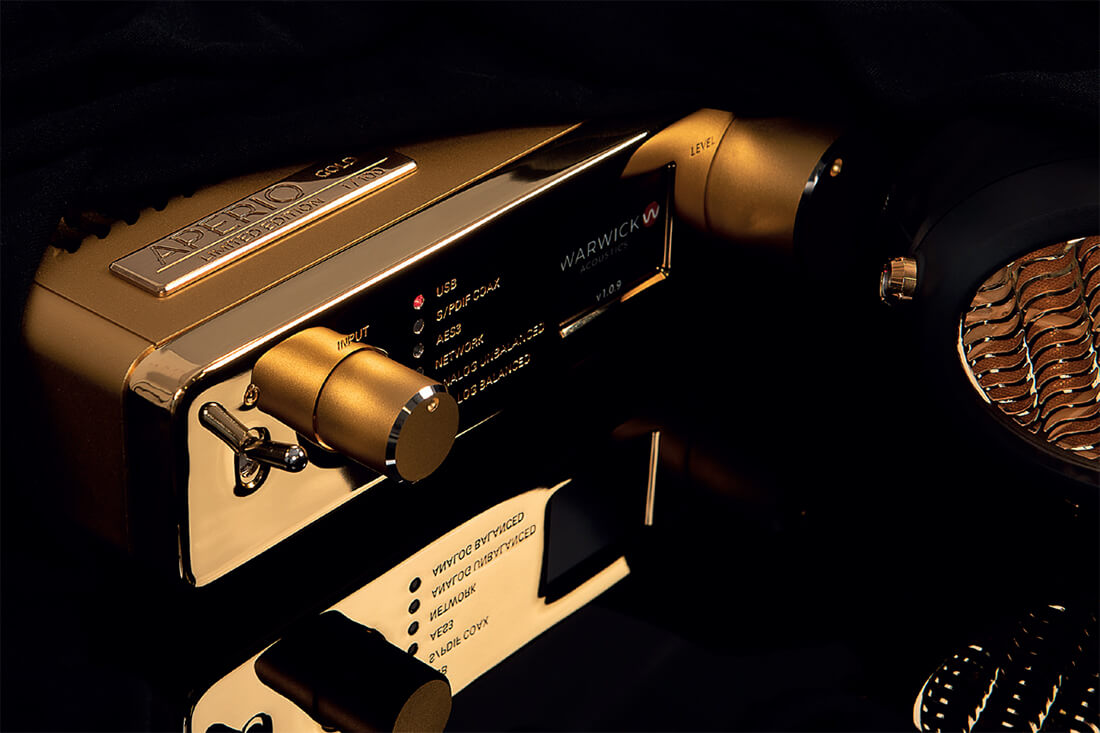 The Warwick Acoustics Aperio is one of the most stunning audiophile headphone systems on the market, a flight of stairs above most of the competition out there. For makers Warwick Acoustics though, that wasn’t enough; now the West Midlands-based audio firm has made sure it looks as good as it sounds with 24K gold. The entire thing, down to the grilles on the headphones, were hand-finished in Birmingham’s historic jewellery quarter for one heck of a visual statement. 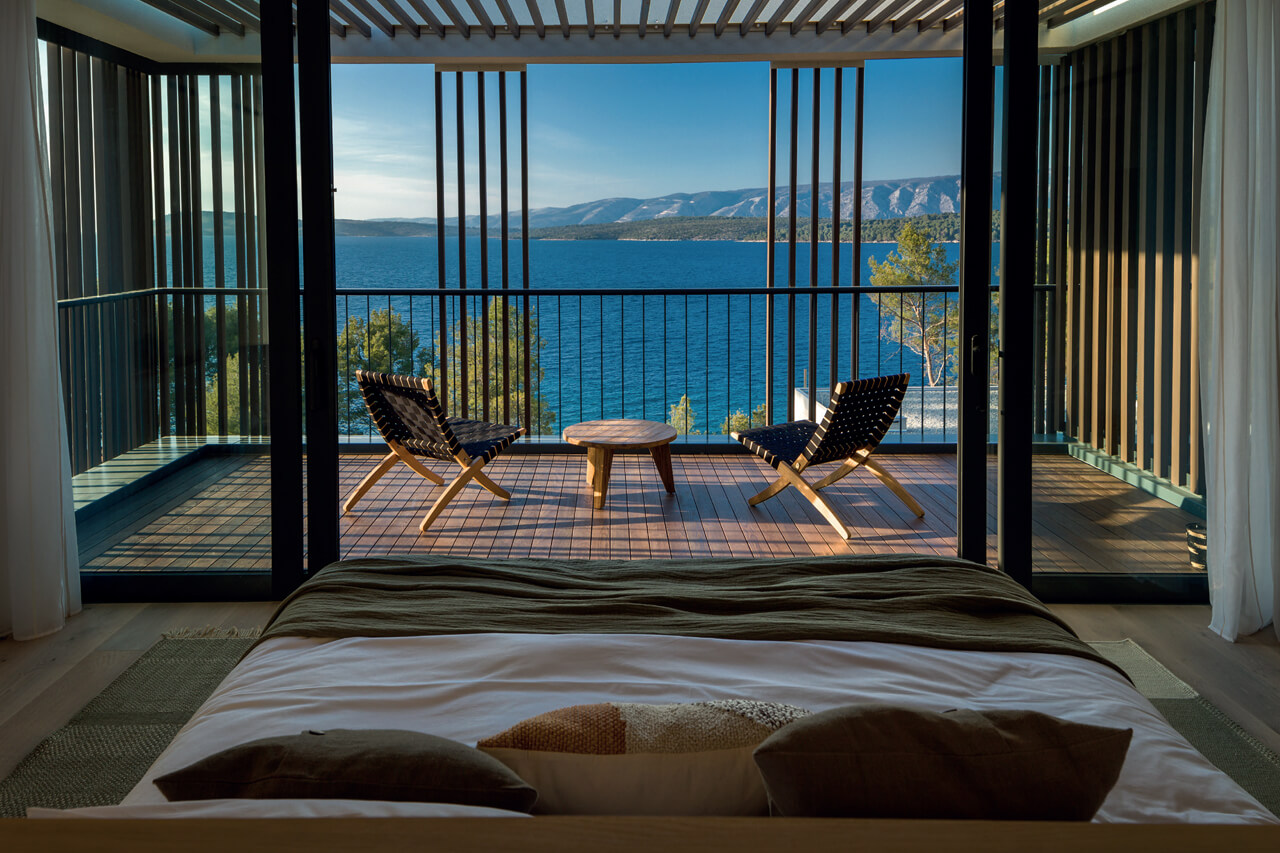 As soon as lockdown lifts, we doubt we’ll be the only ones high-tailing it out of the Big Smoke to the nearest (or in this case) newest wellness retreat to decompress after isolation. Croatia’s Maslina Resort in Hvar, opening in August, looks like just the ticket. Blending into both the olive groves it’s named after and azure coastline, the resort is a blend of wellness, adventure and plenty of luxury, with a holistic approach to the traditional experience of a relaxing sunny getaway.

€240 a night, bookings at Maslina Resort. 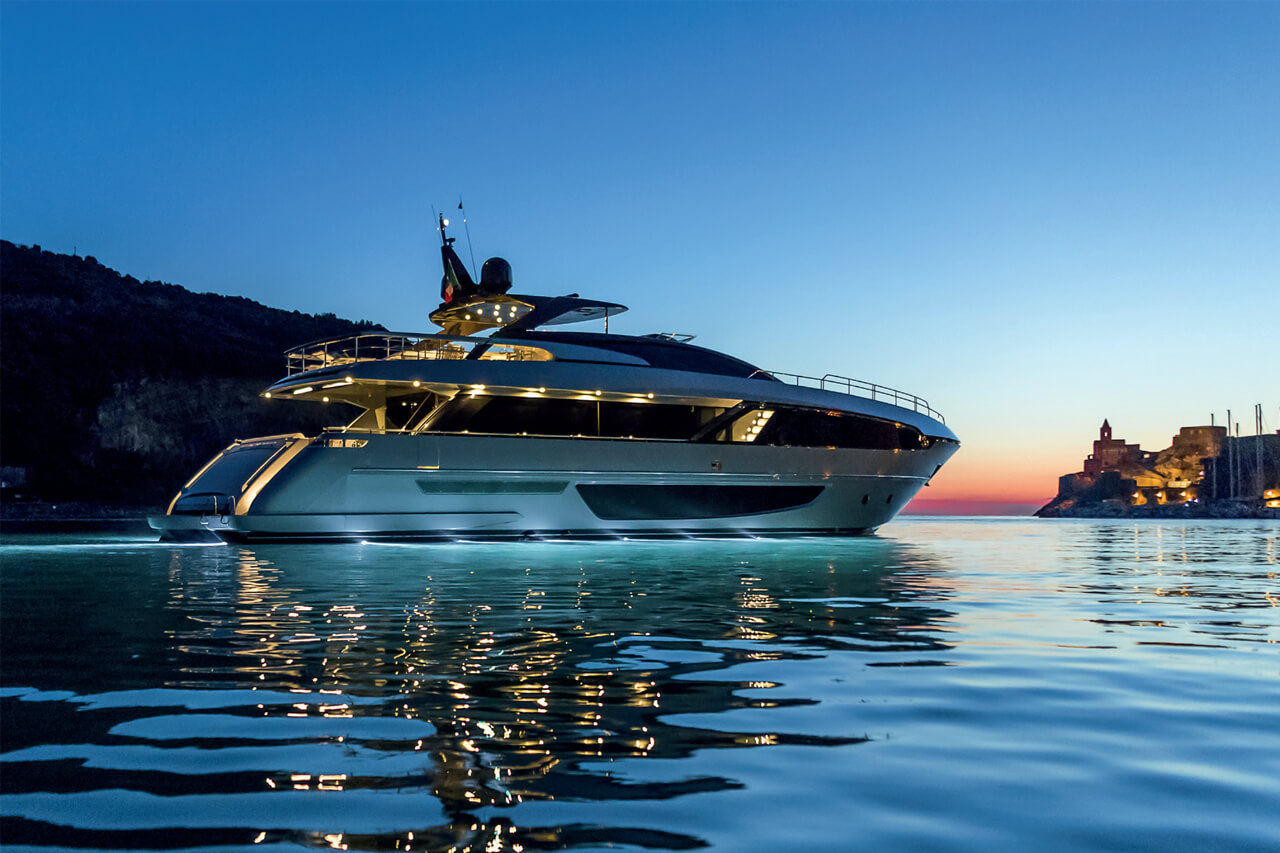 There’s nothing like a Riva. Only they deserve to be known as the ‘Rolls-Royces of the sea’ – although a better fit might perhaps be Bentley, as Riva also has an illustrious racing history in its CV. But certainly in the drive to be the very best, in every way, with a reputation to match, Riva ticks all the boxes. From modest beginnings in the mid-19th century on the shores of an Italian lake, Riva came to international fame in the 1950s, when it took on the Americans in the world of glamorous, gleaming mahogany speedboats – roundly beating them at their own game. By the 1960s, for the rich and famous ‘jet-set’ living La Dolce Vita on the Riviera, a Riva was the boat to be seen in – and many were, including Richard Burton and Elizabeth Taylor, Sophia Loren, Prince Rainier and Princess Grace of Monaco, Brigitte Bardot, Peter Sellers and countless more besides.

Although Rivas have grown in size over the years, today’s boats are just as beautiful and meticulously built as their legendary forebears, and even more luxurious. The fleet now includes some 15 models, ranging from open dayboats and runabouts, to mid-size sports cruisers and flybridge yachts, to 100-foot-plus superyachts. 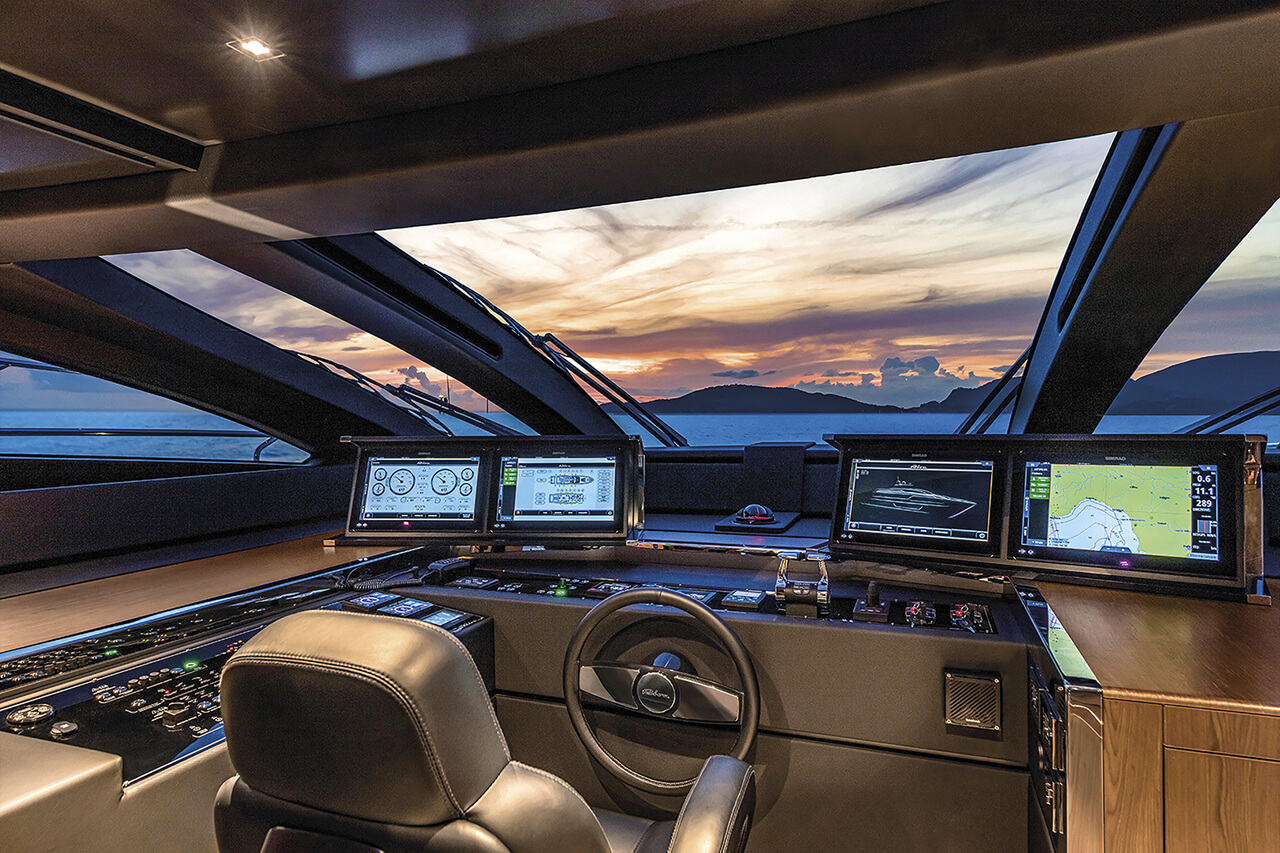 The smallest is the 27-foot/ 8.2-metre Riva Iseo – a modern re-imagining of classic Riva speedboats of old. The largest is currently the Riva 50m, an awesome 164ft / 50m superyacht, which recently took the prize for Outstanding Exterior Design at the 2020 Boat International Design and Innovation Awards. Two of the most remarkable of the current collection of Rivas are the 76-foot/23.2-metre Riva 76 Bahamas and the 88-foot/ 26.8-metre Riva 88 Florida. These two substantial motor yachts are the only convertible cabrios of their size in the world. The sight of their power-opening hardtops lifting off, and swinging down onto a recess in the forward deck, never fails to leave quayside onlookers open-mouthed in amazement.