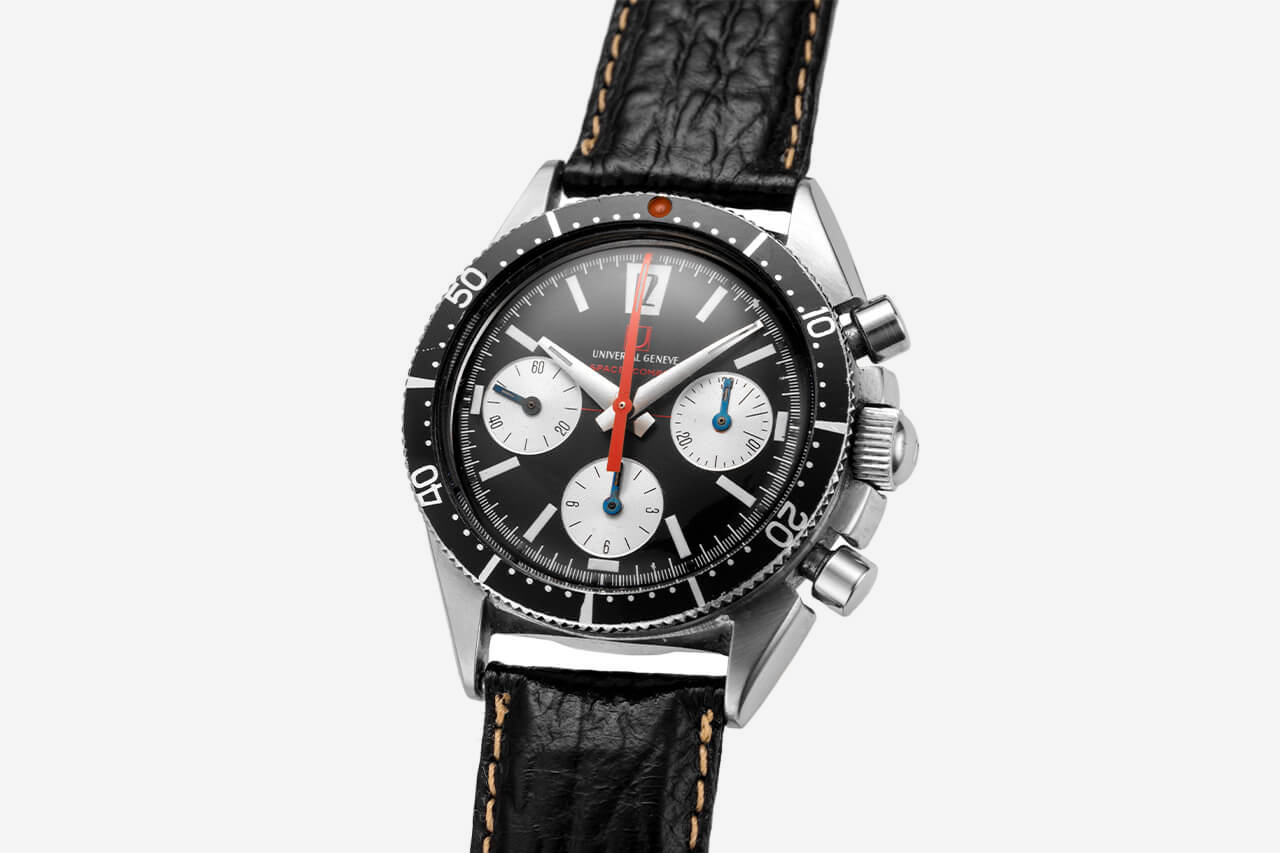 For some, it’s the name on the dial. For others, it’s what lurks within. Ideally, both are noteworthy, and you end up with a Rolex ‘Paul Newman’ or an original Panerai Radiomir … and six-figure price tags. But the best-kept secrets (and biggest bargains) are, for obvious reasons, those wristwatches with killer movements but less-evocative logos. So how about a gem of a chronograph with the exact same movement as a ‘Paul Newman’, but for 1-5% of that Rolex’s price and with the same funky ‘70s kitsch visuals?

That is what you’ll pay for the Universal Genève Space-Compax. Despite a recent upswing in value thanks to certain bloggers, it can still be yours for £10-15,000 in near-mint condition, while ‘Paul Newmans’ start at £100,000 and can easily top £1m, following the sale of Newman’s own for £15m. And yet the Space-Compax, like a few hundred other models from the era, is powered by the same calibre, the greatest serial-production, manually-wound chronograph movement of all time.

Let’s get the movement out of the way first, because Valjoux 72 collectors probably outnumber Universal Genève enthusiasts, and I’m one of them, proud to own four or five watches with said calibre (no, I don’t own a ‘Newman’…). It’s a development of the Valjoux 23, produced at a time when most companies – including prestige makers such as Rolex, Audemars Piguet and Patek Philippe – bought chronograph movements from outside specialist suppliers. That’s one to silence the ‘manufacture’ obsessed. 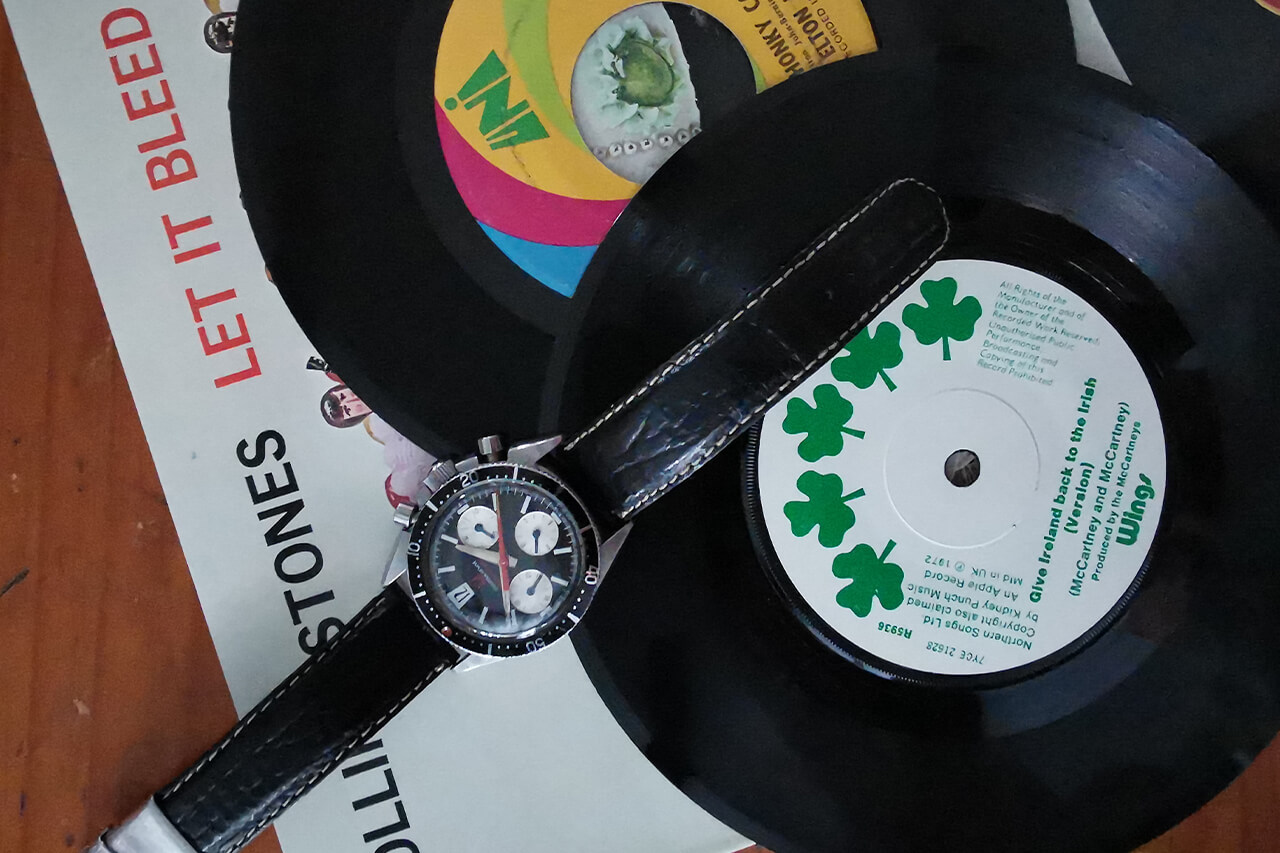 There are variants on the calibre, including versions with calendar and moonphase, but the basic ’72 is found in the Space-Compax and, yes, the early Rolex ‘Daytona’ Cosmograph. As for the functionality, it offered two-button operation with a 12-hour chronograph counter 6:00, a 30-minute counter 3:00, central 60-second chronograph sweep hand, conventional hour and minute hands and a small seconds counter at 9:00.

So far, so normal, but there is a visual giveaway if you happen to be bitten by the bug. The upper pusher is slightly closer to the winding crown than the lower, when most chronographs offer equidistant pushers. Add to it the aforementioned column wheel, superb accuracy, and reliability and longevity thanks to its relaxed 18,000 beats per hour, and you can understand why the high-end manufacturers who purchased it for their own usage rated this alongside legendary chronograph movements from Lemania and Minerva. 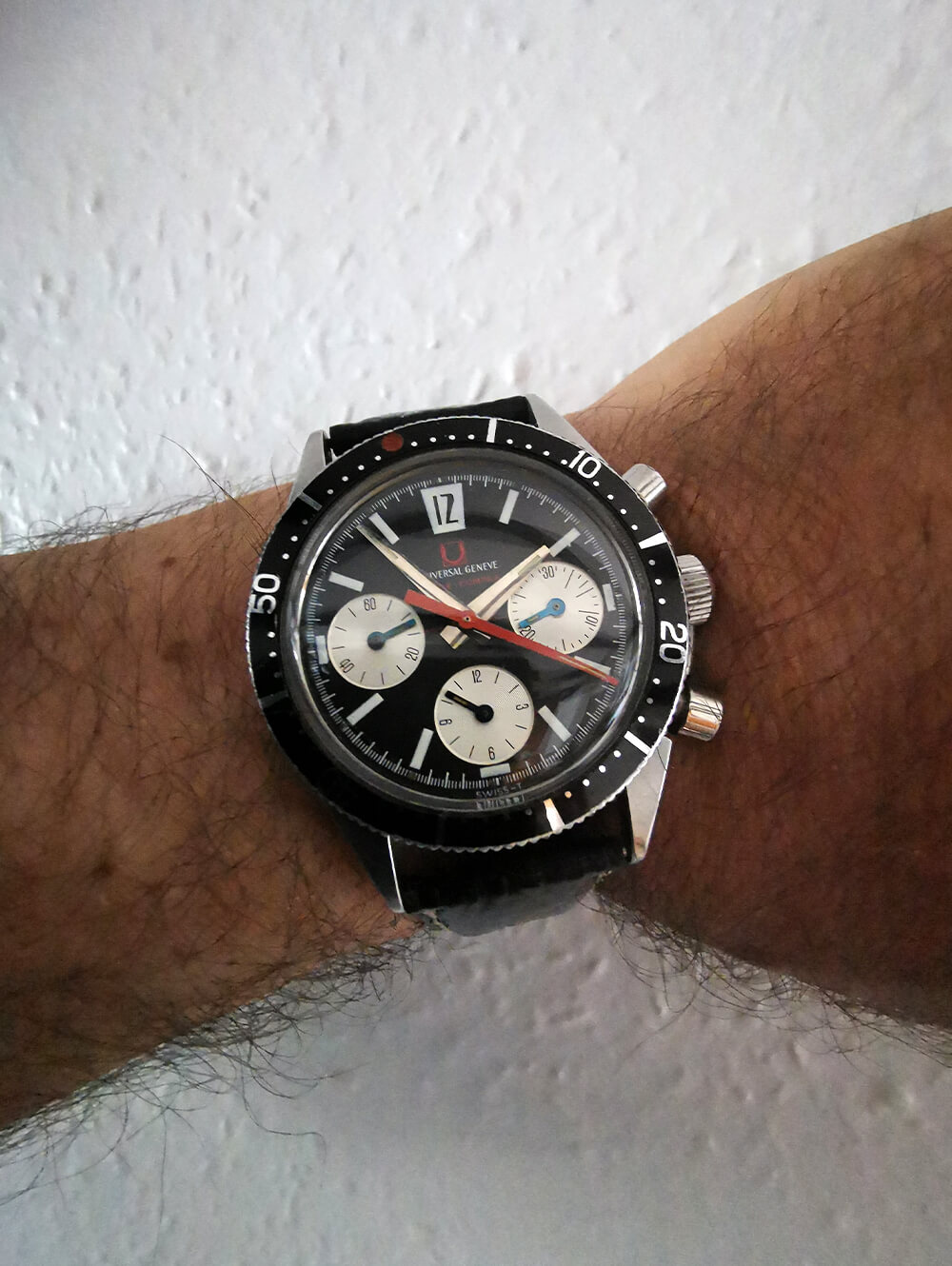 Until this century, Universal Genève ranked with Heuer, Breitling, Minerva, Longines, Gallet and the best of the chronograph specialists. It’s believed that Universal Genève contributed to the watch lexicon the term ‘Compax’ to describe sub-dial layouts, as many as four if you added moonphase and calendar (on a model once favoured by noted collector Eric Clapton). The Space-Compax seen here is a version of the standard three-sub-dial models simply marked ‘Compax’, while the two-sub-dial models were called ‘Uni-Compax’. Go figure.

Released in the late 1960s to capitalise on the space race, and possibly in the hope that NASA might consider it, the Space-Compax was one of many non-NASA-approved models which never left terra firma, like Rolex’s rare Space-Dweller and too many others to list.

What it boasted were an unusual font for the 12, modernist hands and a bold red sweep hand for the main chronograph seconds. Initially, too, it featured plastic-and-rubber covers for the pushers, but these swiftly perished, so some, like the watch seen here from the editor’s collection, were found or even factory fitted with unadorned ‘mushroom’ pushers. 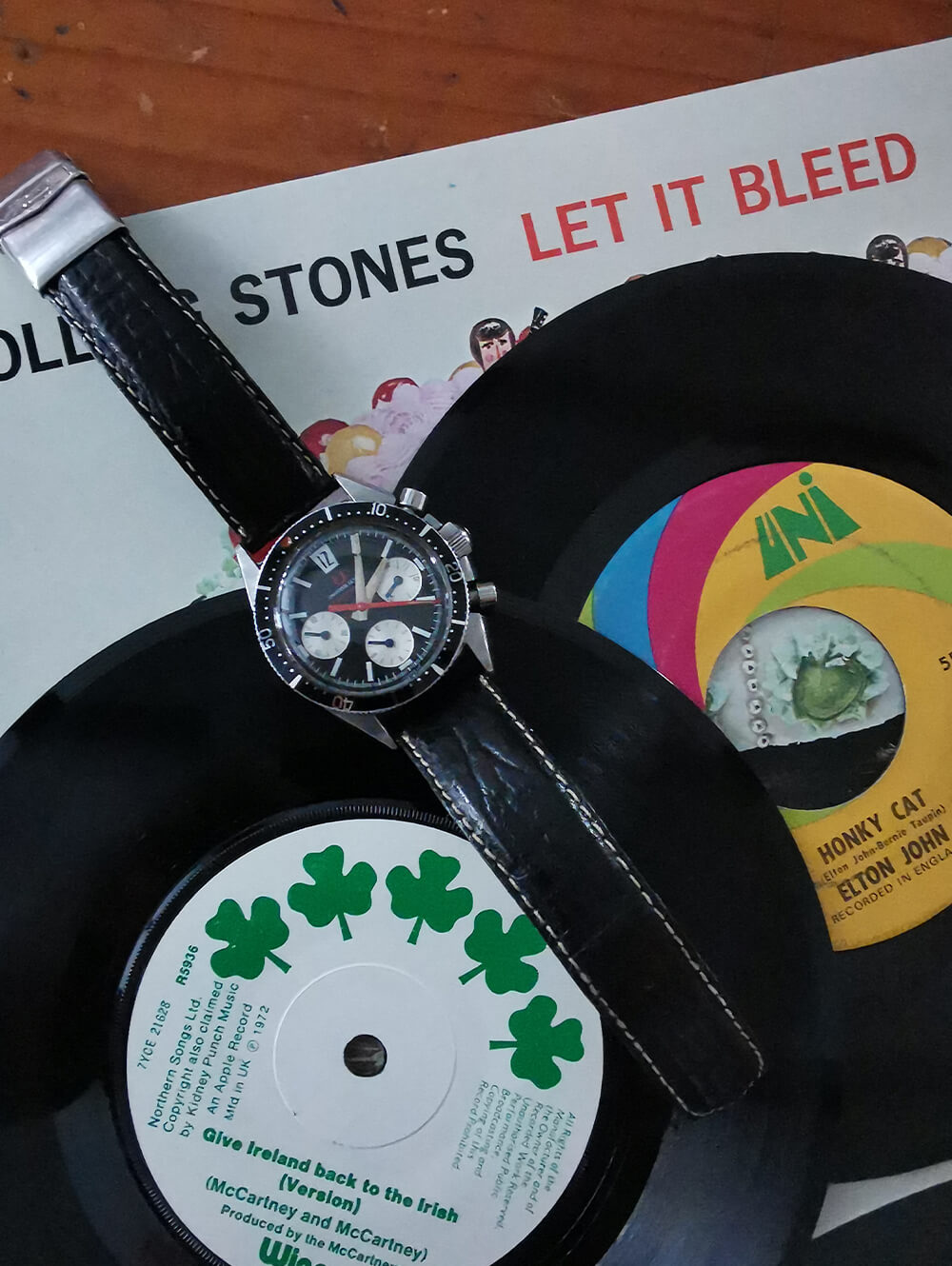 Variants – naturally – exist, which affect values, the most important being the original Gay Frères bracelet. Add that, plus the plastic pusher covers, and you could pay £15,000 for a minter, but watches free of any patination are hard to find because the bezels were anodised aluminium, and the coating on the edges wore off easily, while the lume should show its age. Also desirable is a later version with black sub-dials and different indices, in the form of bars with ‘U’s around them, and missing the spacey ‘12’ at the top.

OK, so it’s not a ‘Paul Newman’, but trust me: wear one of these to any gathering of watch nerds and it will elicit similar “Ooohs” and “Aaahs.” For 1% of the price.