One day, the book will be written about how the Italians created wristwatch culture. The Swiss and Japanese, and latterly the Germans, may produce the actual timepieces, but Italians taught us how to appreciate them, wear them, collect them and love them.

Thirty-plus years ago, when the rest of us were relative cave-dwellers, Italian enthusiasts had already devised Rolex-mania, created all the nicknames now taken for granted (e.g ‘double-red,’ ‘cioccolatone,’ ‘Disco Volante,’ etc.), launched single-make watch auctions, deified the ‘Paul Newman’, produced watch carry cases, and enjoyed at least six newsstand magazines that I can recall. They started personalising watches with cool straps as far back as 1990; you could buy python, ostrich, shark, lizard or any other leather you like, in any colour that you craved. And along the way, they also reinvented the military watch. 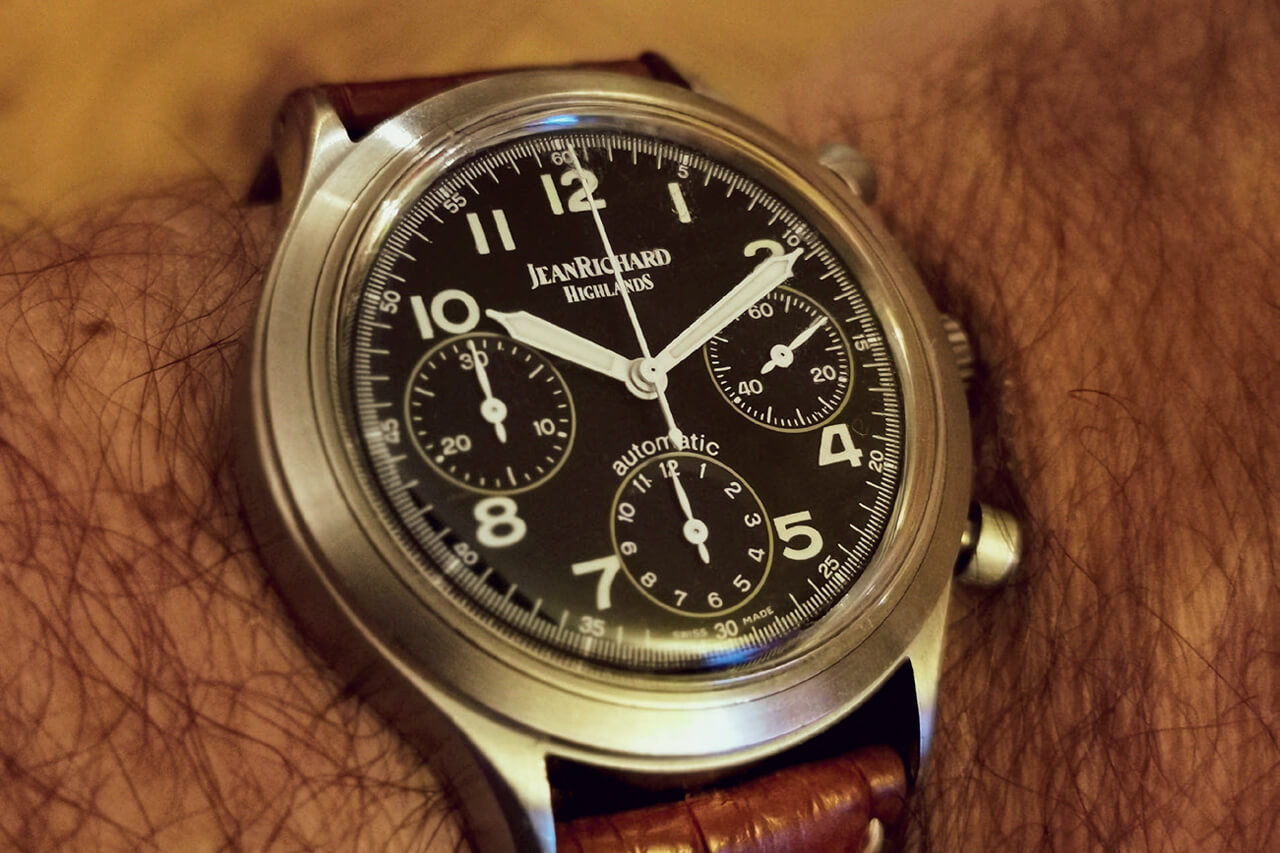 Credit for this goes in part to the late Dr Gino Macaluso, the man who saved Girard-Perregaux. Macaluso was the distributor for Hamilton in Italy in the 1980s, and was a key player in the success of the now-familiar Hamilton Khaki line, which at the time was a budget range sold in the USA. This was among the earliest model families – running neck-and-neck with the arrival of MHR – to use undiluted military design themes, including white numerals on black backgrounds, hacking features, and other details. To put this into context, the same period would see the rebirth of Panerai, watches based entirely on genuine military models, along with Breguet’s relaunched Type XX and many others with a military feel.

In 1992, when Macaluso moved from distribution of Girard-Perregaux to ownership, the package included Daniel JeanRichard. He positioned the brand at price points below G-P, the relationship not unlike that of Tudor’s to Rolex. Initially JeanRichard watches used ETA movements, but eventually they introduced their own manufacture calibres, which pushed up the price points into G-P territory. Ultimately, matters ended up in JeanRichard’s current comatose state, but that’s a story for another time. 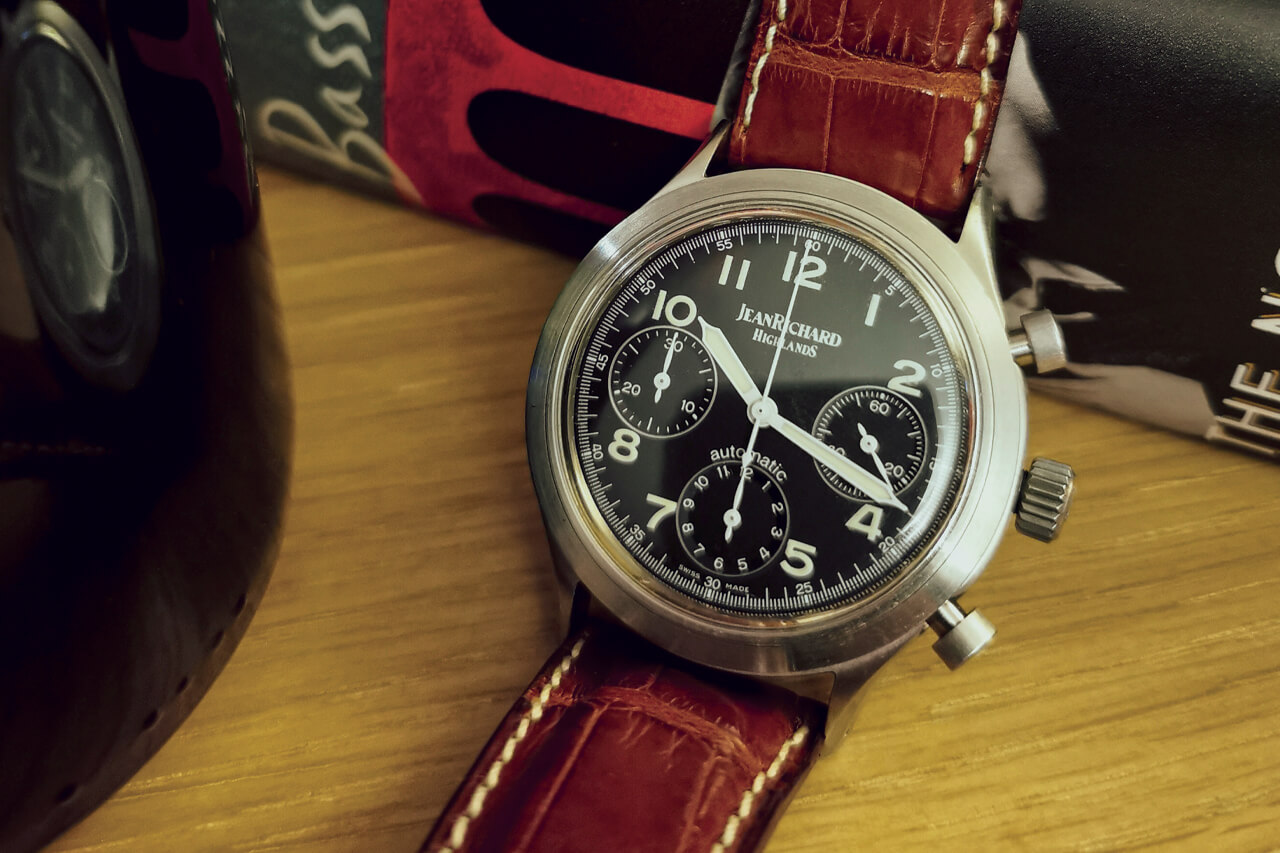 Amidst the unusual assortment of JeanRichard models, exotics like the ‘TV Screen’ and Unitaspowered manually-wound Bressels and a plethora of handsome chronographs, was the Highlands series.

Effectively a beefed-up Khaki, the base Highlands Automatic was a stunning three-hander with Hamilton-like prices, but more substantial cases and a nifty marketing gambit that would be repeated by no less a giant than Rolex in 2020: the Highlands Automatic was offered in a choice of dial colours, including black, cream, navy blue, light blue, olive green and salmon pink, fitted with with straps in complementary hues. And another thing: they were offered with fabric straps long before the ill-informed started calling them ‘NATOs’. 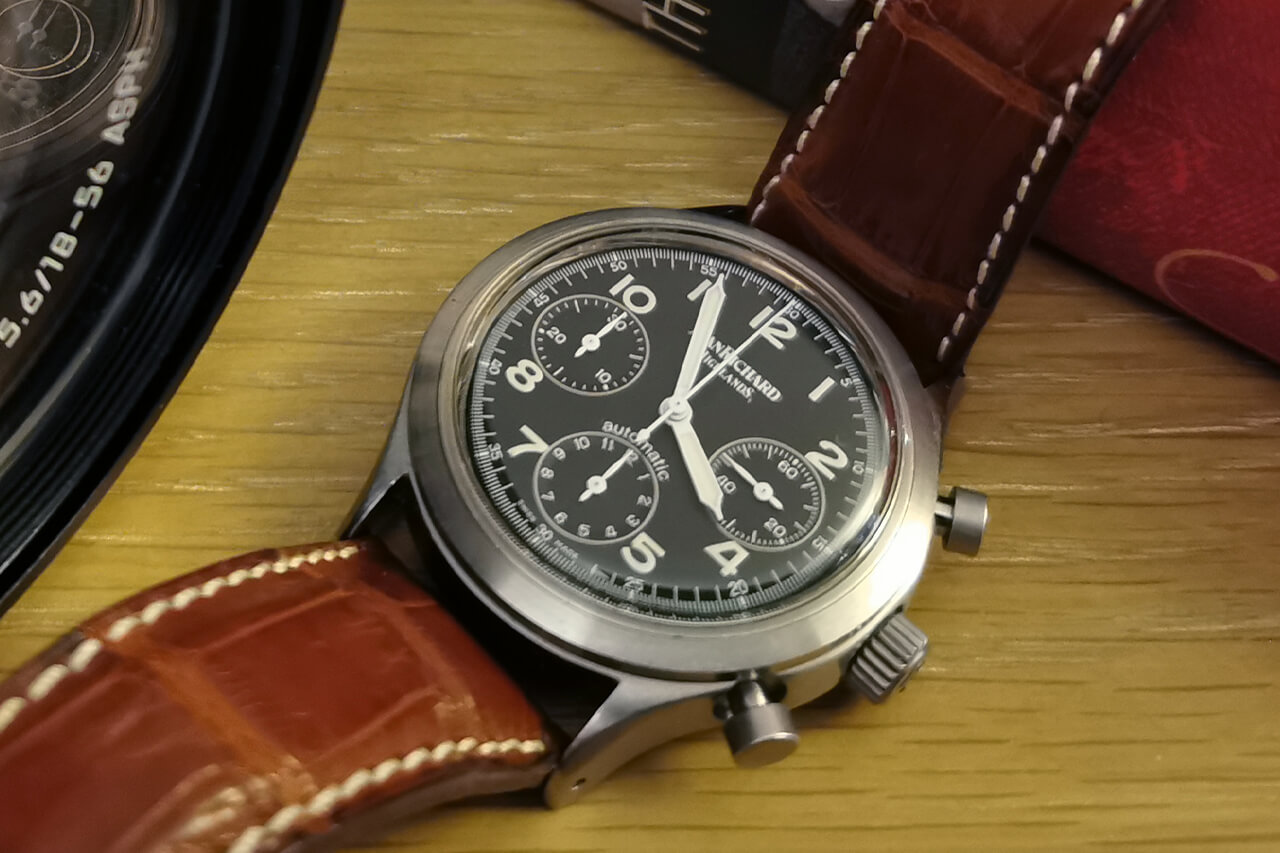 Featuring vintage-style acrylic crystal and a choice of six dial colours, the Highlands series offers an alternative to pricier RAF and Royal Navy Lemanias JeanRichard’s three-hander, with its militaristic triangle at the 12 o’clock position, Arabic numerals, hacking seconds and ETA 2824-2 movement was undoubtedly the most familiar and successful of the Highlands models, proving especially popular in Japan and Italy. When I interviewed Dr Macaluso, he told me they sold “many thousands.” However, it is the all-but-forgotten Highlands chronograph which is this month’s shoulda-woulda-coulda bargain. 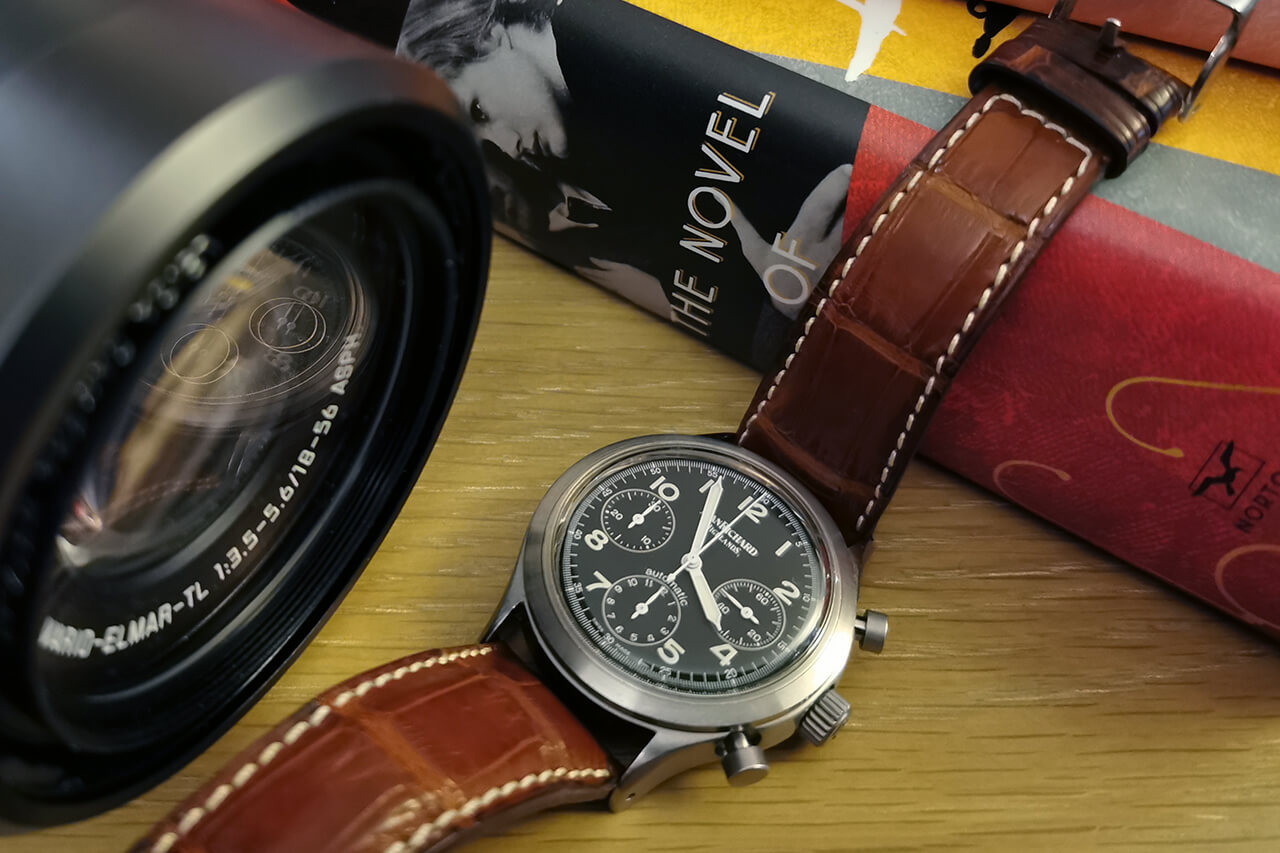 It too used the ETA Cal. 2824-2 25-jewel movement, but it was fitted with a Lemania module which brought the jewel count up to 51. Its layout is a classic two-button Compax array of three-subdials, with 12-hour, 30-minute, and 60-second registers. The 38mm case is a robust satin-finish AISI 316L stainless steel construct, with screw down back and crown, so it’s rated as water-resistant to 50m. Purists will approve of the vintage-style acrylic crystal.

I know of versions with black, salmon or ivory dials, but that’s not to say there weren’t others. What I can offer is this observation: with vintage Breguet, Auricoste, Dodane, Mathey-Tissot and other original Type XXs, as well as Heuer Bund models, now the preserve of deep-pocketed auction habitués, and classic RAF and Royal Navy Lemanias hitting £4,000-£8,000, genuine military chronographs are becoming prohibitively expensive. This handsome timepiece – especially with the black dial if it’s the military look which moves you – is something of a bargain at £600 – £1,000 on eBay. I even saw one for £549 at Chrono24 in November. Hmmm … the words ‘no-brainer’ spring to mind.