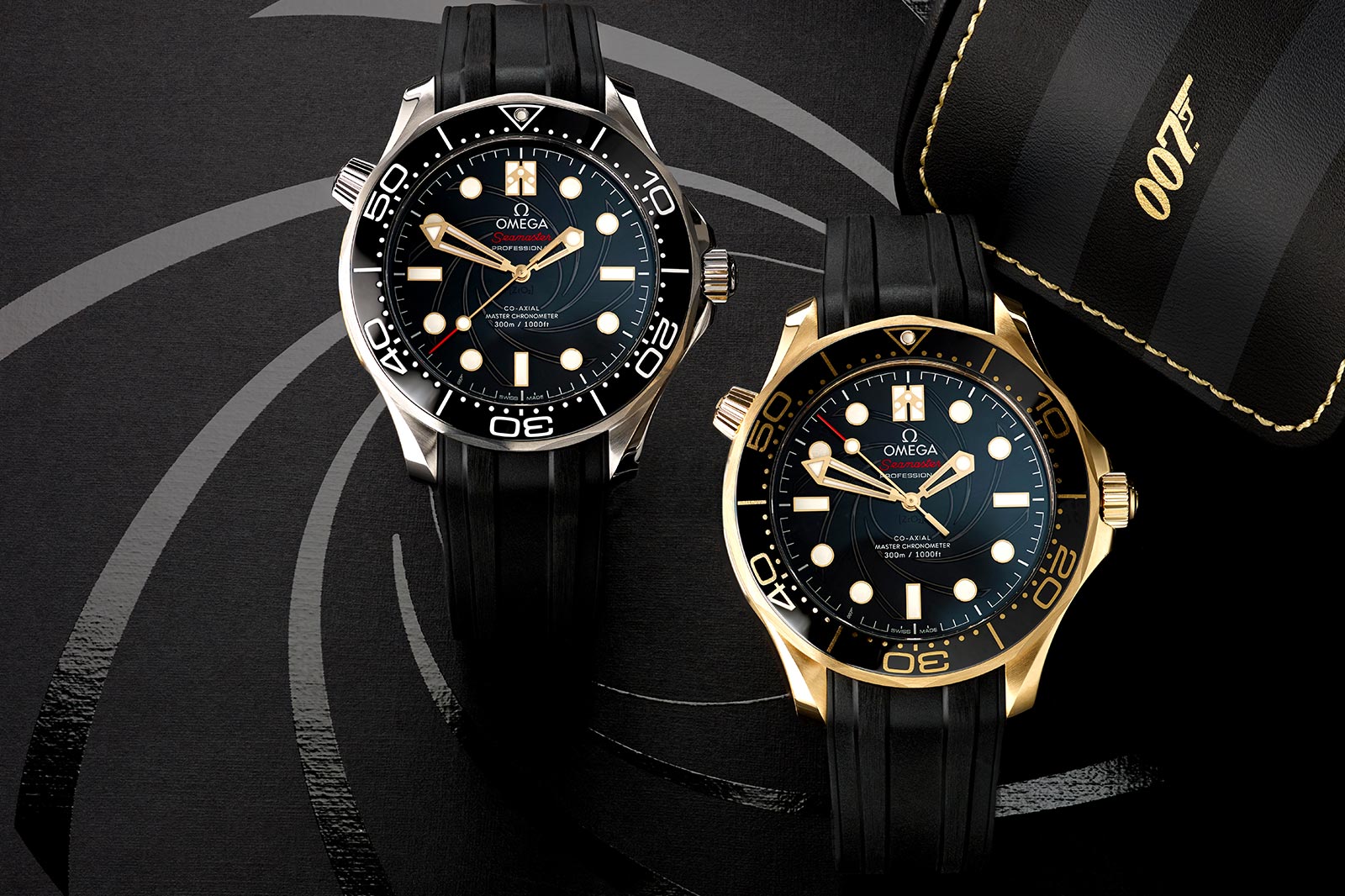 Do you expect me to talk? Well, ok then – I will, but only about the upcoming Fellows luxury watch auction, which is taking place in Birmingham on January 17th and promises to be an exciting event for both Seamaster lovers and fans of James Bond (now you get my initial reference). That’s because one of the most anticipated lots in the auction is this duo of limited edition Omega Seamaster Professionals created to commemorate the 007 film On Her Majesty’s Secret Service. 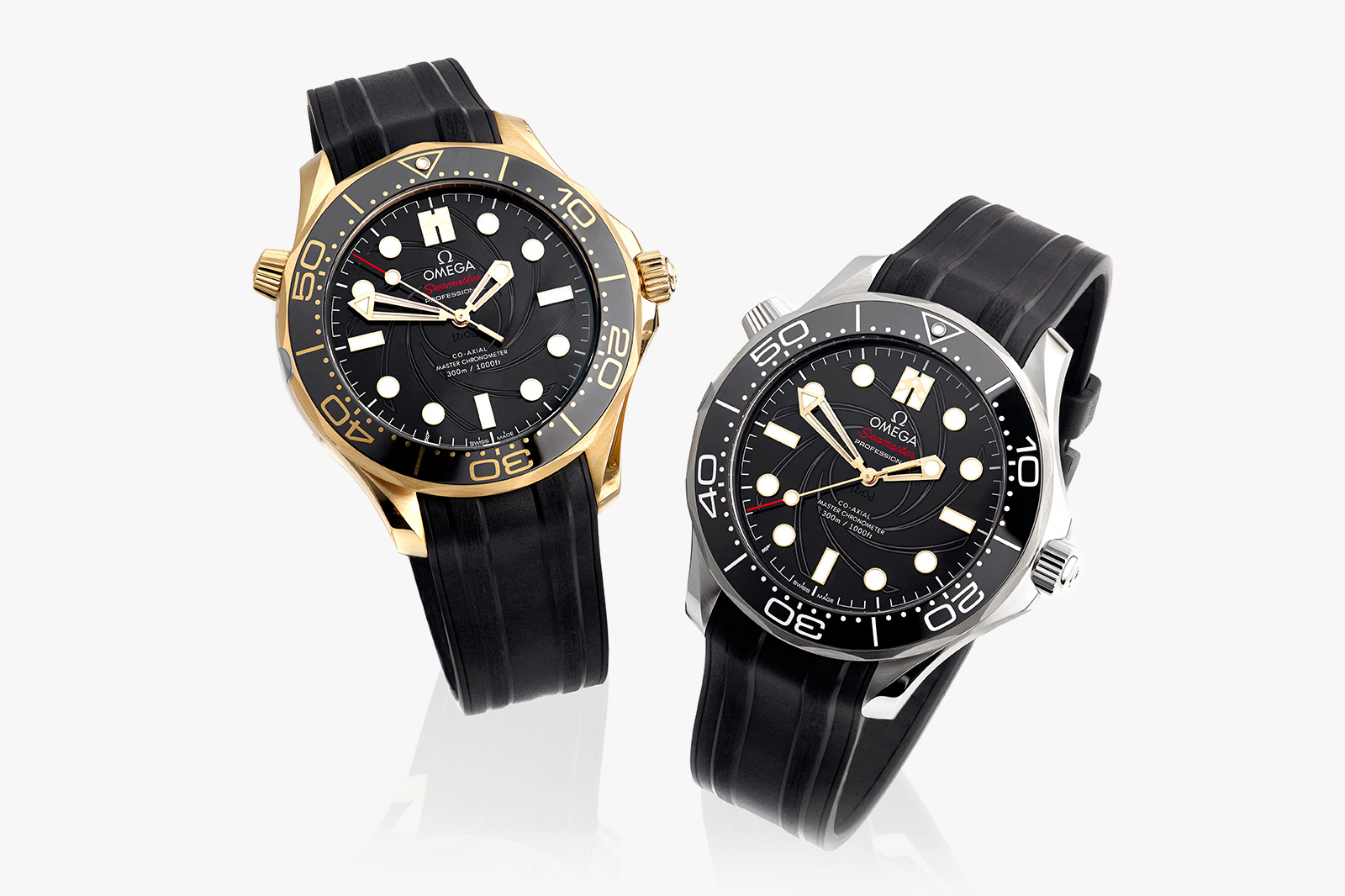 The collector’s set features the two watches, refs. 210.22.42 and 210.62.32 in steel and yellow gold, a loupe, two travel pouches and a special edition Globe-trotter suitcase. There’s plenty of Bond theming throughout with the dials of the watches bearing the signature gun barrel design, so you can always feel like you’re walking into a 007 title sequence, and a 50 year mark inside the hour marker at 10 o’clock. That’s a reference to the 50th anniversary of 1969 film On Her Majesty’s Secret Service, which took place in 2019, the year this set was released. 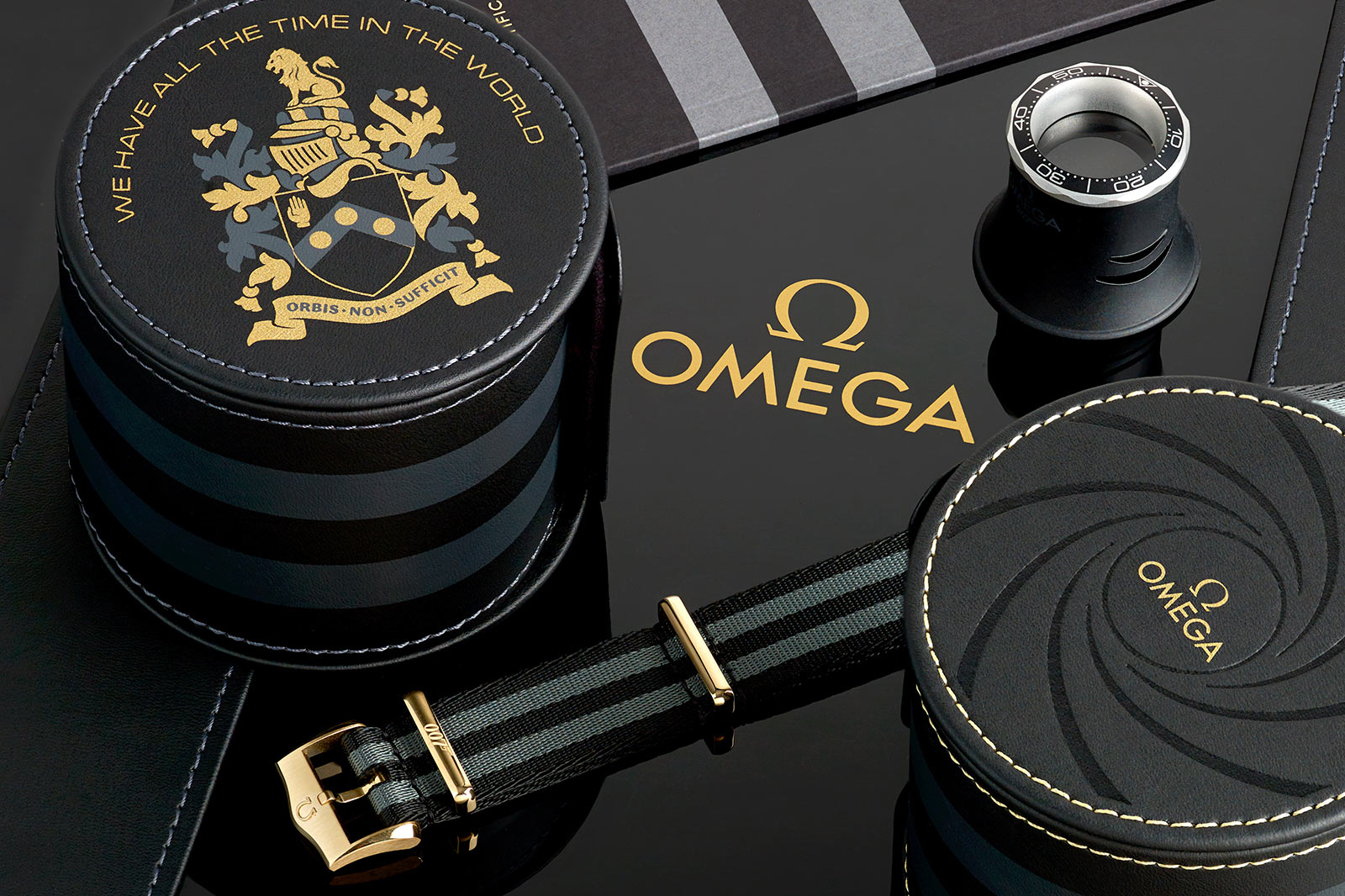 Elsewhere the Bond family crest can be found at 12 o’clock and on the accompanying accessories alongside the Bond motto: ORBIS. NON. SUFFICIT, which means The World is Not Enough. The appeal for both watch collectors and James Bond fanatics is apparent. Personally, I’m waiting for Omega to create a ‘No Time To Die’ watch with no hands on it so that there’s no time to die, but maybe that’s just me…

Fellows place the auction estimate for the James Bond Special Edition Set at £18,000 – £26,000, so this could well be your best opportunity to pick up the limited edition. Only 257 sets were produced and this is number 11, making it highly rare. Although it’s worth bearing in mind that auction estimates are rarely accurate compared to the prices watches actually go for. Find out more about the auction here and the James Bond Limited Edition set here.