As we (hopefully) are beginning to enter the final stages of this lockdown, many of us will be nearing our limits. There was a time where we visited restaurants or wine bars for our weekly fix, but our attention is now focused on enhancing what we do in the home.

In this drinks guide, I’ve put together a selection of some of my favourite luxury reds from Europe and the USA for those cool evening nights. Also, don’t forget that you don’t have to down the whole bottle in one go. If you’re getting your hands on some pretty nice wines, seriously consider investing in a Coravin which will allow you to have a glass of each over a very long period of time. It’s nice to switch things up and I truly believe a few glasses of something different will allow you to appreciate the wine a lot more than six of the same. Right, let’s get to it! 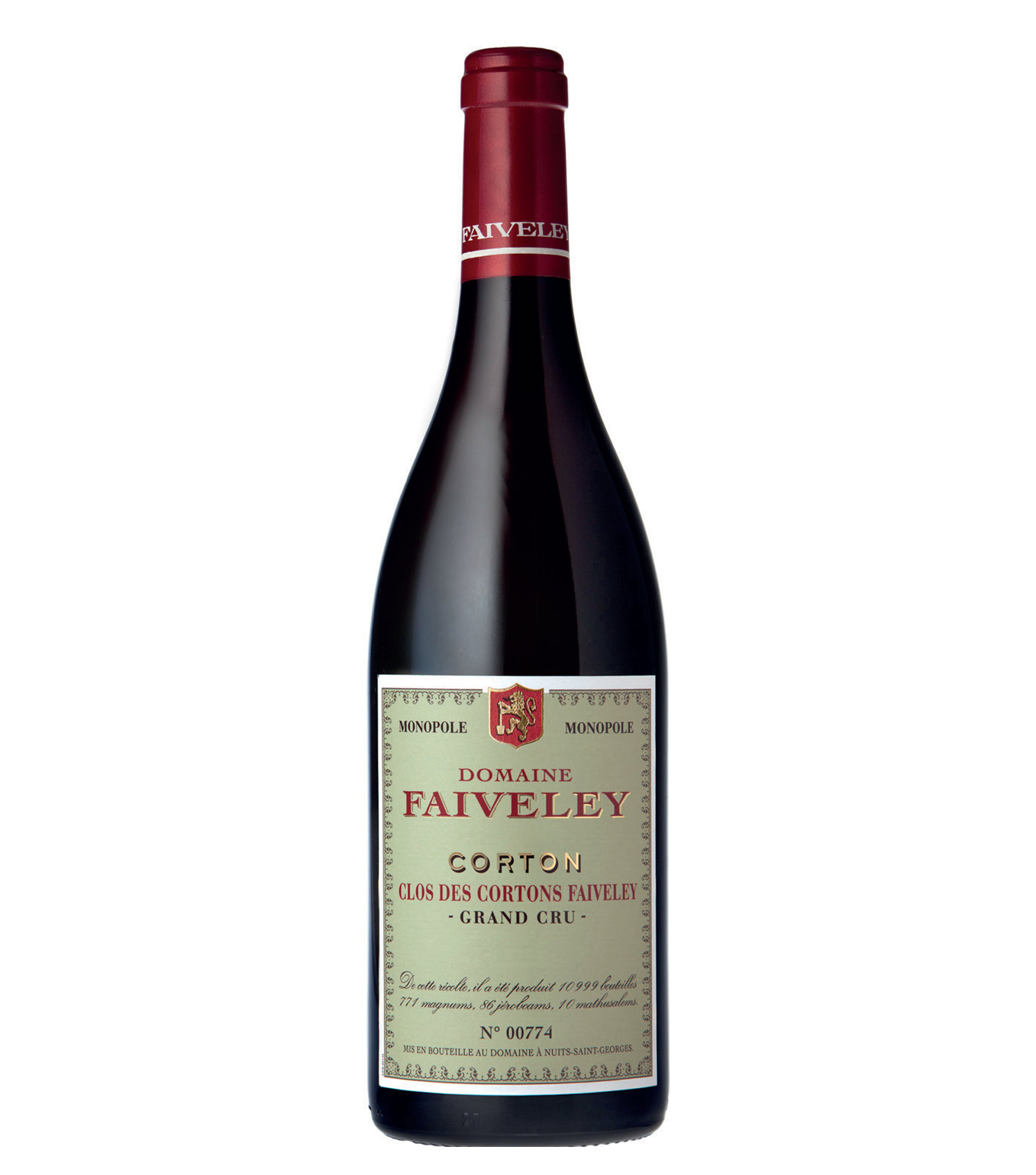 Now at seven generations, Domaine Faiveley has been a family estate for nearly 200 years and gained a solid reputation for producing truly stunning Burgundy from Côte de Nuits, Côte de Beaune and Côte Chalonnaise – totalling over 120 hectares. The Clos des Cortons Faiveley is a stunning Grand Cru example, produced from vines planted as long ago as 1936. Each year typically sees just 16,000 bottles, which considering its global appeal isn’t that many. Smooth, enticing and powerful with black cherry and an abundance of white pepper spice. 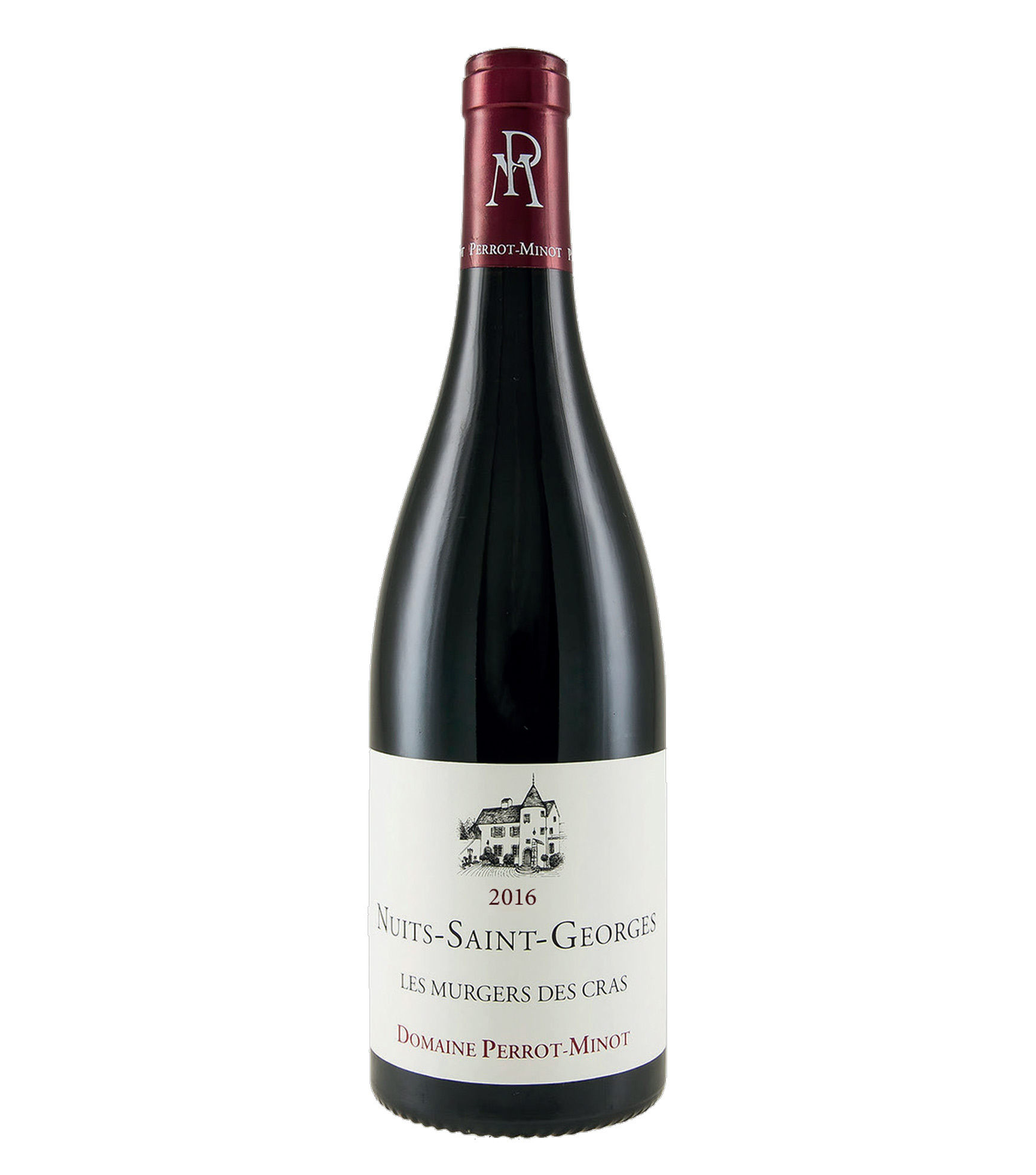 I always love discovering a wine that despite its youth is able to be enjoyed right now, not after 20 years of ageing in my cellar. The creations of Christophe Perrot- Minot represent just that. Here we have a blend of several vineyard parcels that offer a vibrant and juicy dark cherry, raspberry and strawberry alongside a subtle minerality and savouriness. 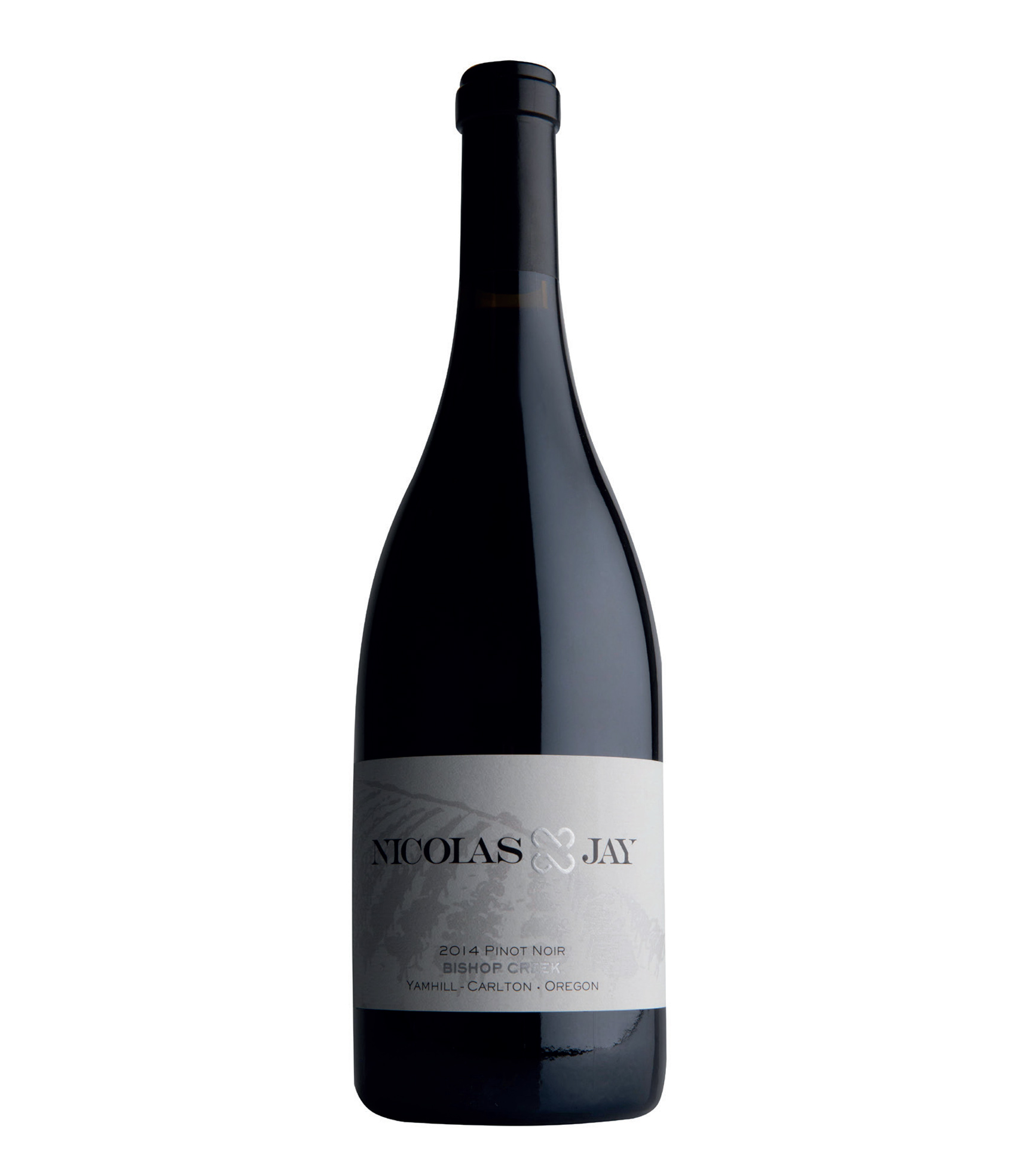 What happens when Burgundian tradition makes its way into Oregon winemaking? This. Bishop Creek is home to some of the older vines in Oregon’s Willamette Valley, making these wines rarer and more sought after. Perched on the hillsides of the Yamhill-Carlton appellation, these vines get the perfect amount of sunshine. Dark berries, cola and smoky mineral elements hit you on the nose with black raspberry, violet and Moroccan spices on the palate. The finish? A burst of fragrant floral notes with a smoky glaze. 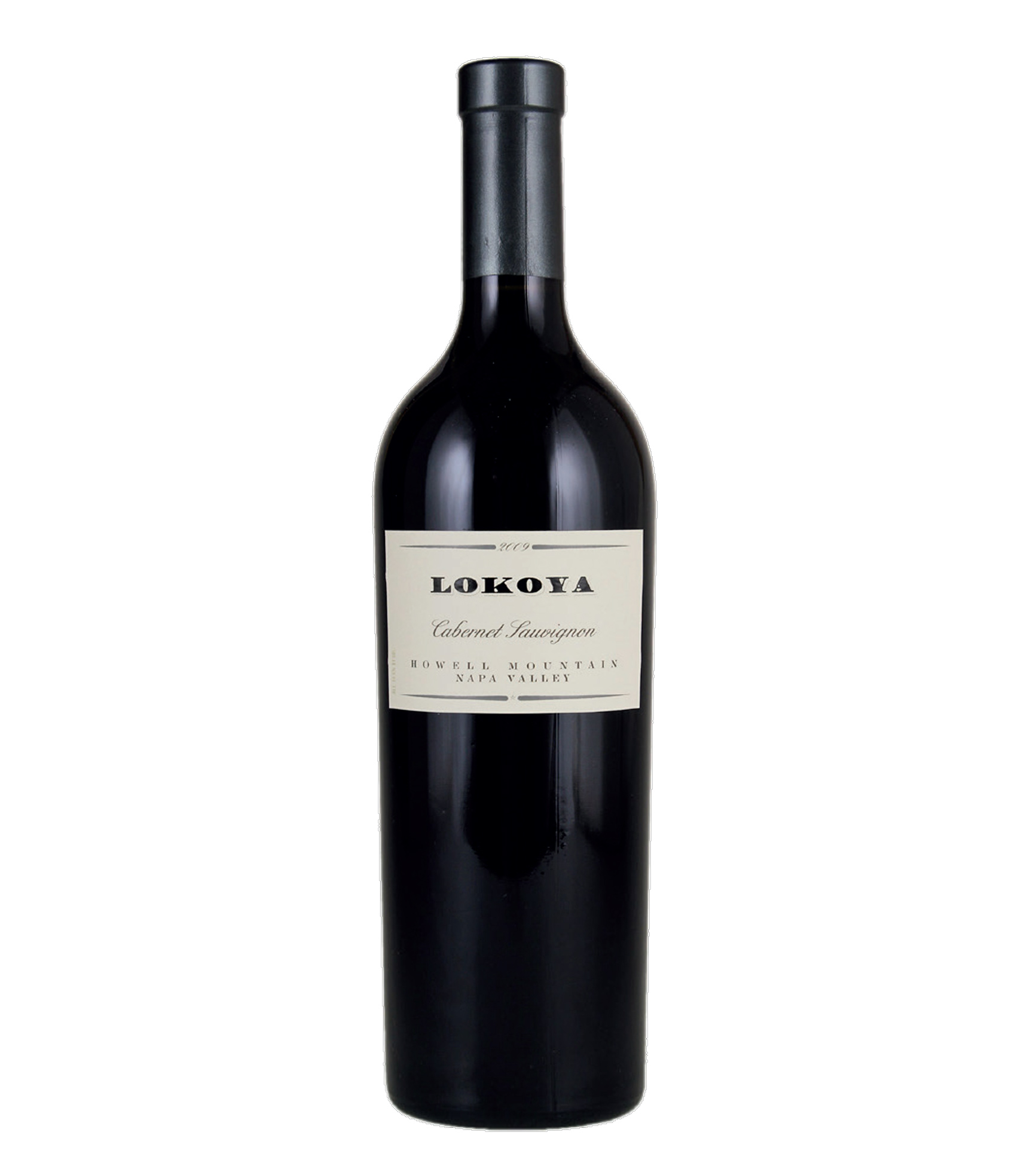 Lokoya is one of the key reasons I fell in love with Napa after visiting the winery upon the rolling hills of Spring Mountain. The winery itself produces magnificent Cab Sauv from Mount Veeder, Spring Mountain, Diamond Mountain and Howell Mountain. Today we focus on the latter. Dark cherry, blackcurrant, demerara sugar and black liquorice evolve into blackberry and stewed raspberry. The robust tannins within this beauty pave way to a long dark chocolate and tobacco finish, held together with a beautiful texture and mouthfeel. 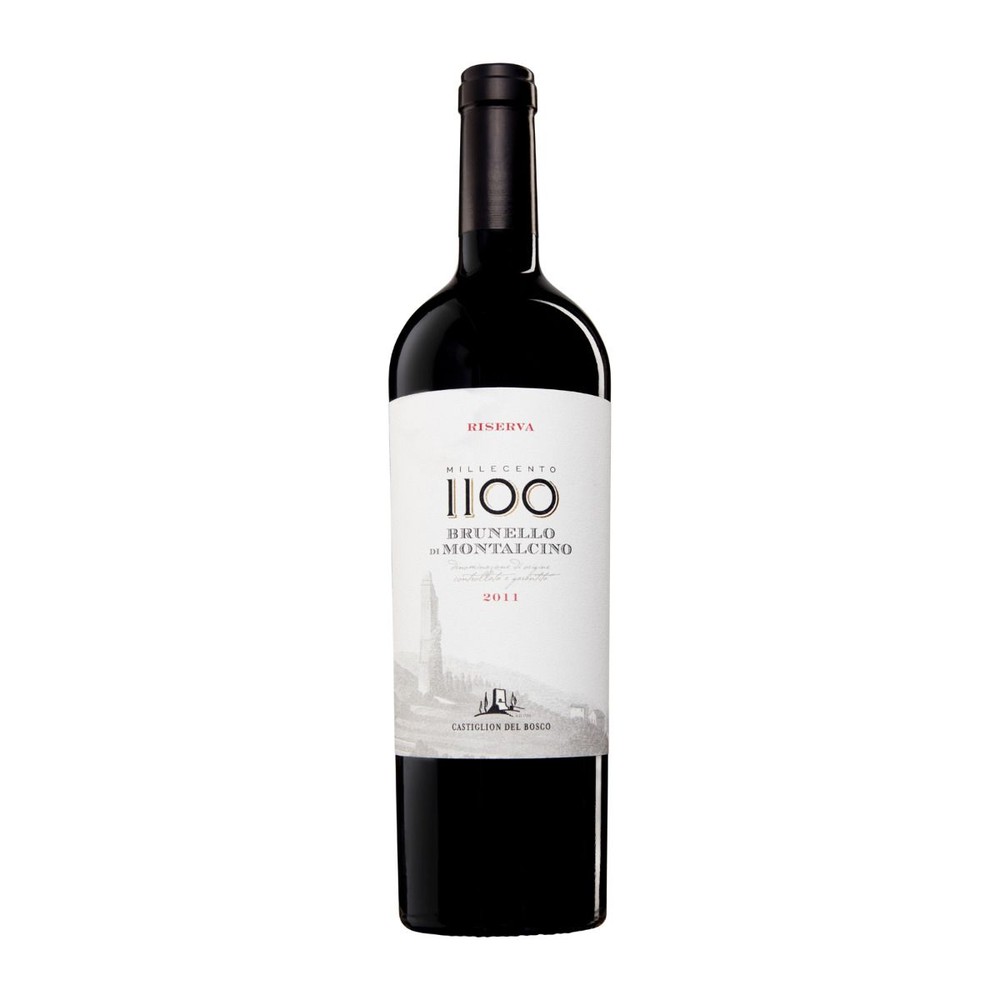 Castiglion del Bosco is one of the leading Montalcino estates that has undergone a lot of tender love and care since it was purchased by Massimo Ferragamo in 2003. The grapes that make their way into this top-tier wine come from a fairly small 8.5- hectare plot, so they get a lot of attention. It’s the tannins on this one that jump out giving it insane ageing potential, but the 2012 is ready to go! Super ripe and aromatic (think Mediterranean herbs) with leather, dried berries and dense chewy red fruits, plus a beautiful texture and mouthfeel. 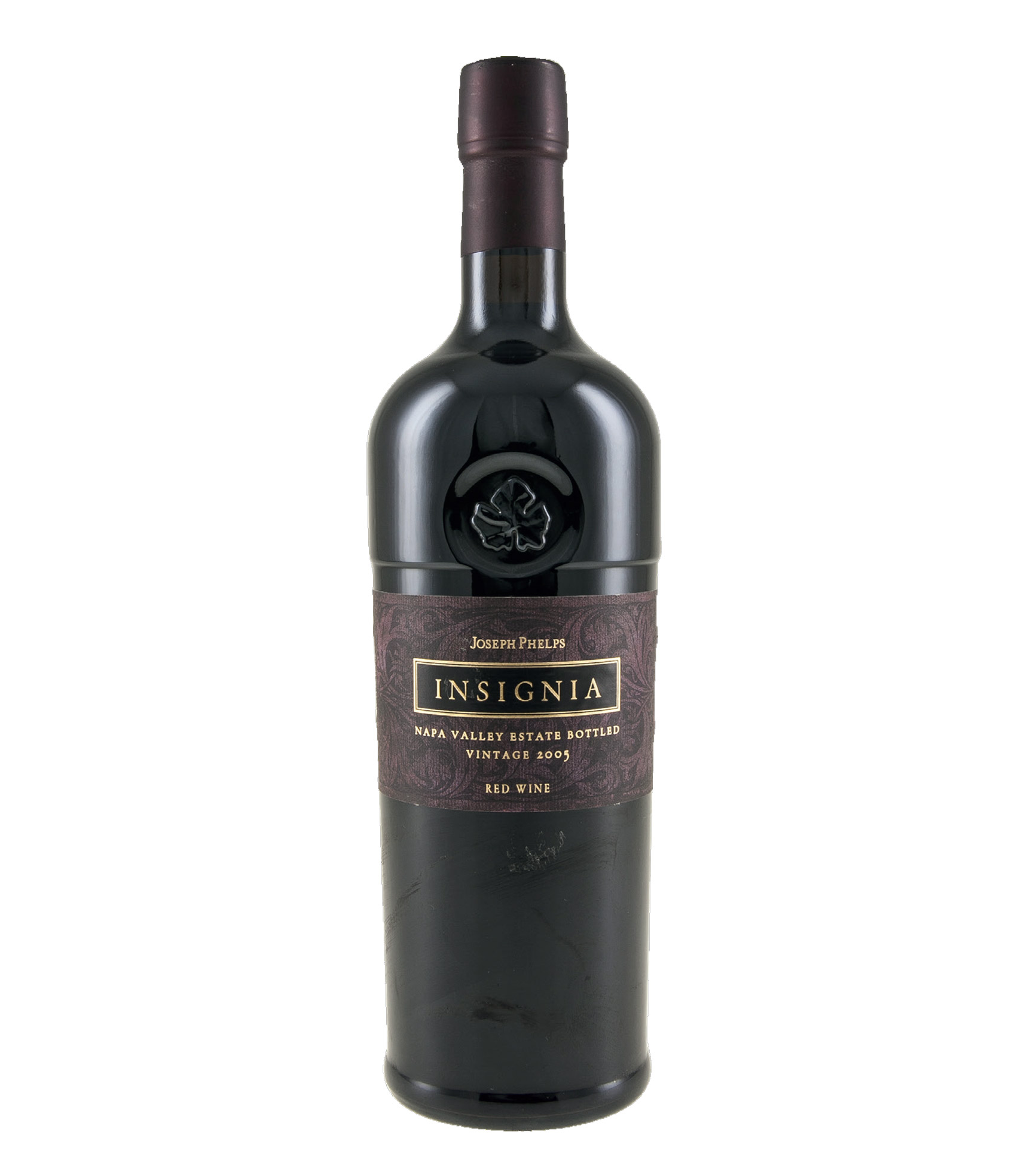 In 1974 Joseph Phelps decided to create a unique wine each year, allowing only the finest of his grapes to end up in the bottle. This 100-per-cent estate-grown beauty has become one of the most iconic wines in Napa for its ongoing consistency and longevity. Produced from some of Napa’s finest vineyards, the 2006 vintage is crafted from 95% Cab Sauv and a kiss (5%) of Petit Verdot. The result after 24 months in French Oak is a mysteriously dark beauty, full of intense black fruits, coffee, cracked cocoa and liquorice. Dense tannin intertwines with a stunning mouthfeel and a finish that never seems to end.

Vérite Le Désir is by far one of the greatest Cab Franc-dominant blends available – 50 micro-crus across four appellations are what make this wine so irresistible, alongside the five decades of experience of its creator, Pierre Seillan. Each cru is independently harvested, fermented and aged in French oak to custom toast levels before being blended to create only 3,500 cases. It’s a process which sees hundreds of unique components and blending options, but only the finest make it into the bottle. Crushed blackcurrant, stewed plums and rose petals mingle with warm vanilla bread pudding, fresh clove and star anise. The texture and tannin are sublime with the perfect balance of acidity. One to get your hands on. 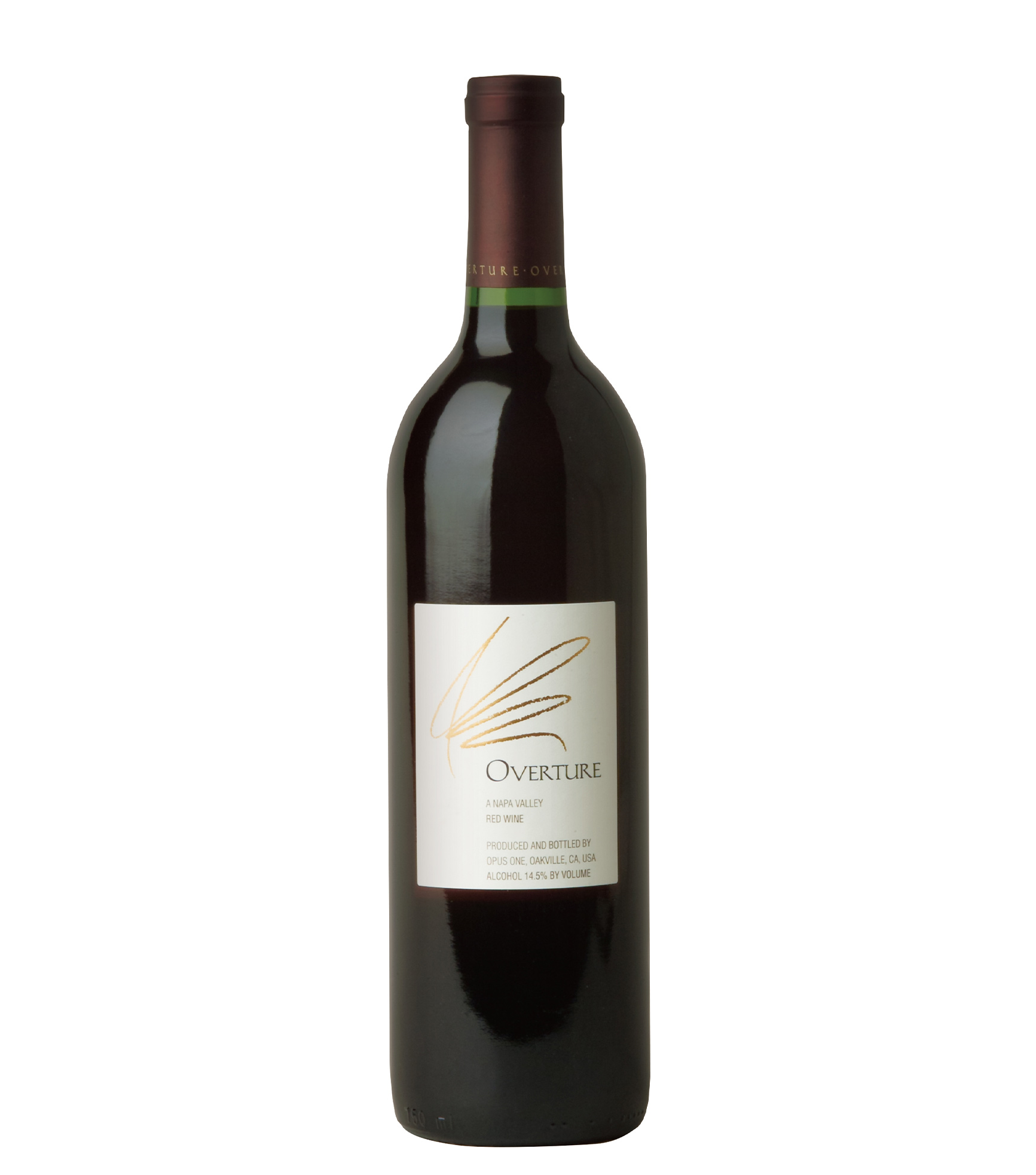 You’ve likely heard of Opus One, arguably one of the most famous wineries in North America, but Overture, the baby brother of its first label, is making quite the storm too. Admittedly, I wouldn’t drink this now, I’d leave it for about six years minimum, but this is the kind of wine worth investing in as it will likely sell out and you’ll have quite the bounty on your hands. Traditional Bordeaux in style, this wine witnesses a blend of Cabernet Sauvignon, Merlot, Cabernet Franc, Petit Verdot and Malbec. Black cherry, redcurrant, violet and a silky vanilla tannin texture will evolve over time.

The name Inglenook has become infamous for its association with Francis Ford Coppola, award-winning director of The Godfather, amongst many other feature titles. With Rubicon, I can confirm his ability to direct movies matches his taste in wine. This stuff is delicious. Crafted on the estate since 1879, this elegant blend derives from the finest vineyard blocks giving it dynamic layers of complexity. This 2014 is pretty much Cab Sauv with a splash of Merlot (2%) and Petit Verdot (1%) allowing it to showcase black fruits such as dark berries, cherries and currants alongside a baked spice, great tannin and vanilla finish. Only 5,000 cases are produced each year. 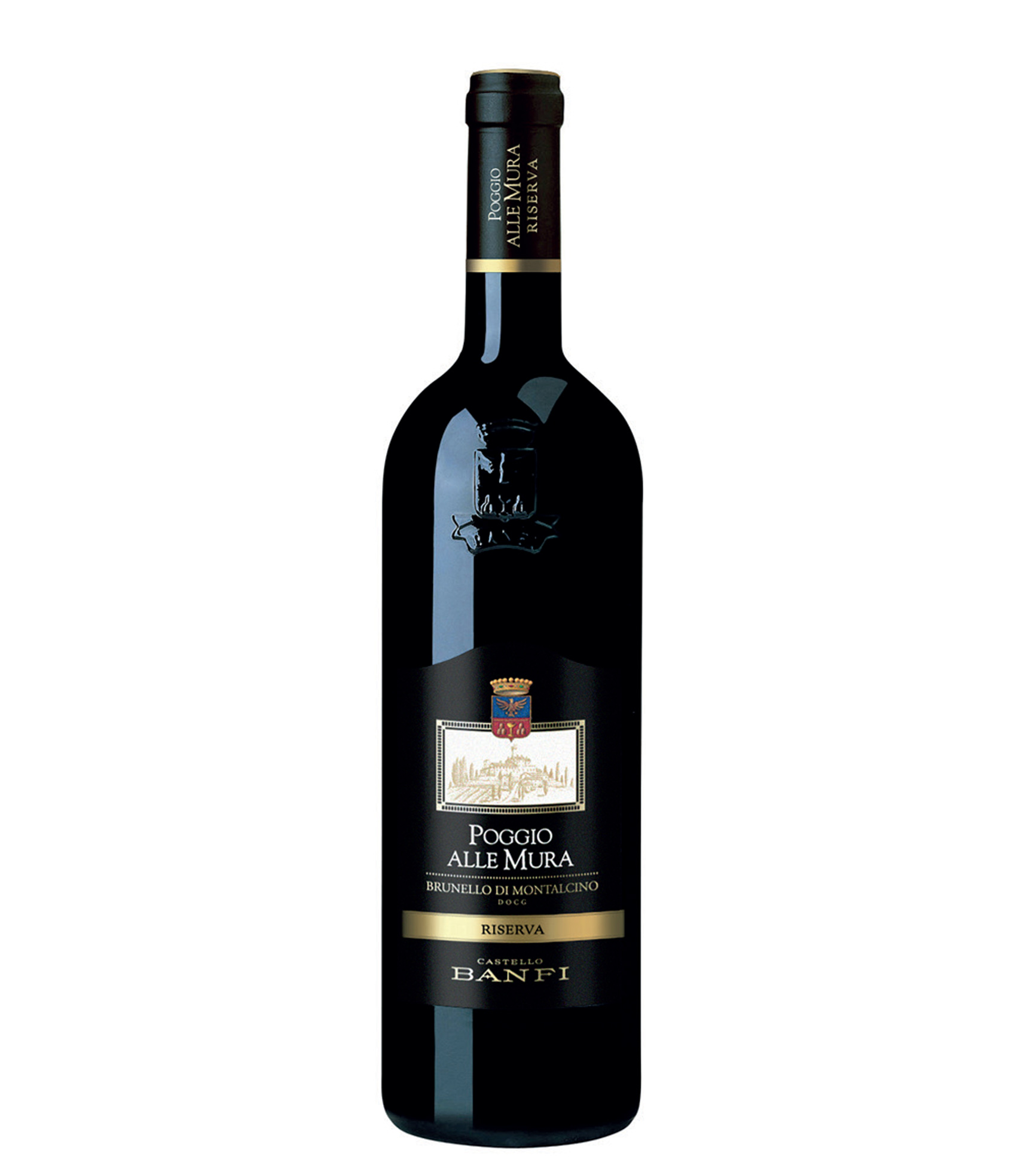 The Sangiovese grapes that grace this stunning wine are sourced from the first vineyard to have been created on this estate – a process which took over ten years to ensure optimum selection and quality of the vines Every detail was meticulous, which in the end is why this wine is so good. A rich nose of prune jam, cacao, coffee and spicy balsamic intertwine with an elegant yet powerful palate. The 2012 is at a beautiful place, but you could wait a long time with these gems, they could age forever. 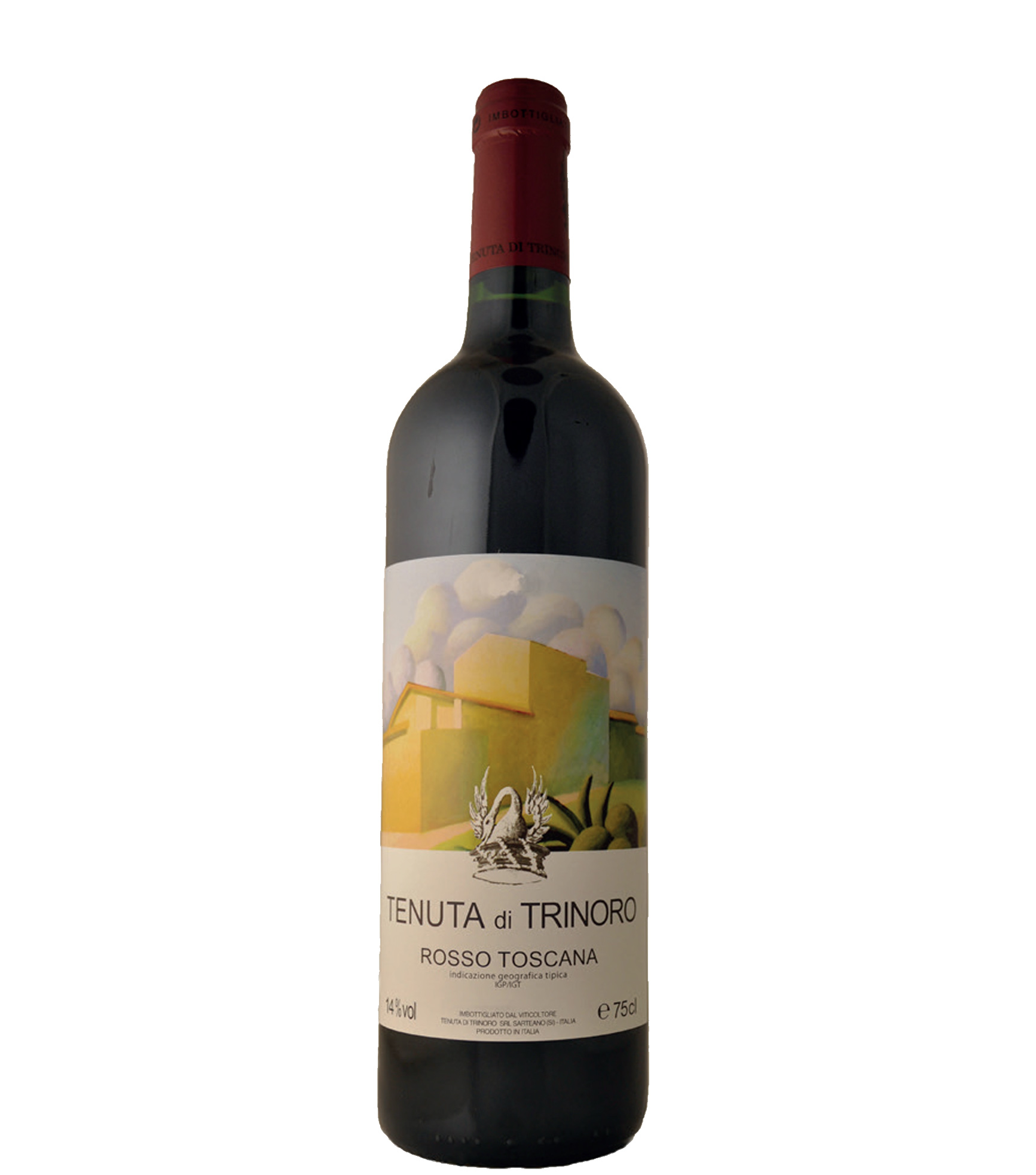 When Andrea Franchetti discovered this site in the deep south of Tuscany, he knew the terroir was like nothing he’d seen before. As a Bordeaux man, terroir is everything and so removing acres of scrubs and deserted woodland he planted his vines, did his thing and naturally word spread. 9,700 vines are handpicked bunch by bunch with several passages through the vines to ensure optimum ripeness. The wine itself is created from 60% Cabernet Franc, 35% Merlot, 4% Cabernet Sauvignon and 1% Petit Verdot. The result? Stunning juicy red fruits with tobacco, spice, savoury smoke and a kiss of minerality binding it all together. 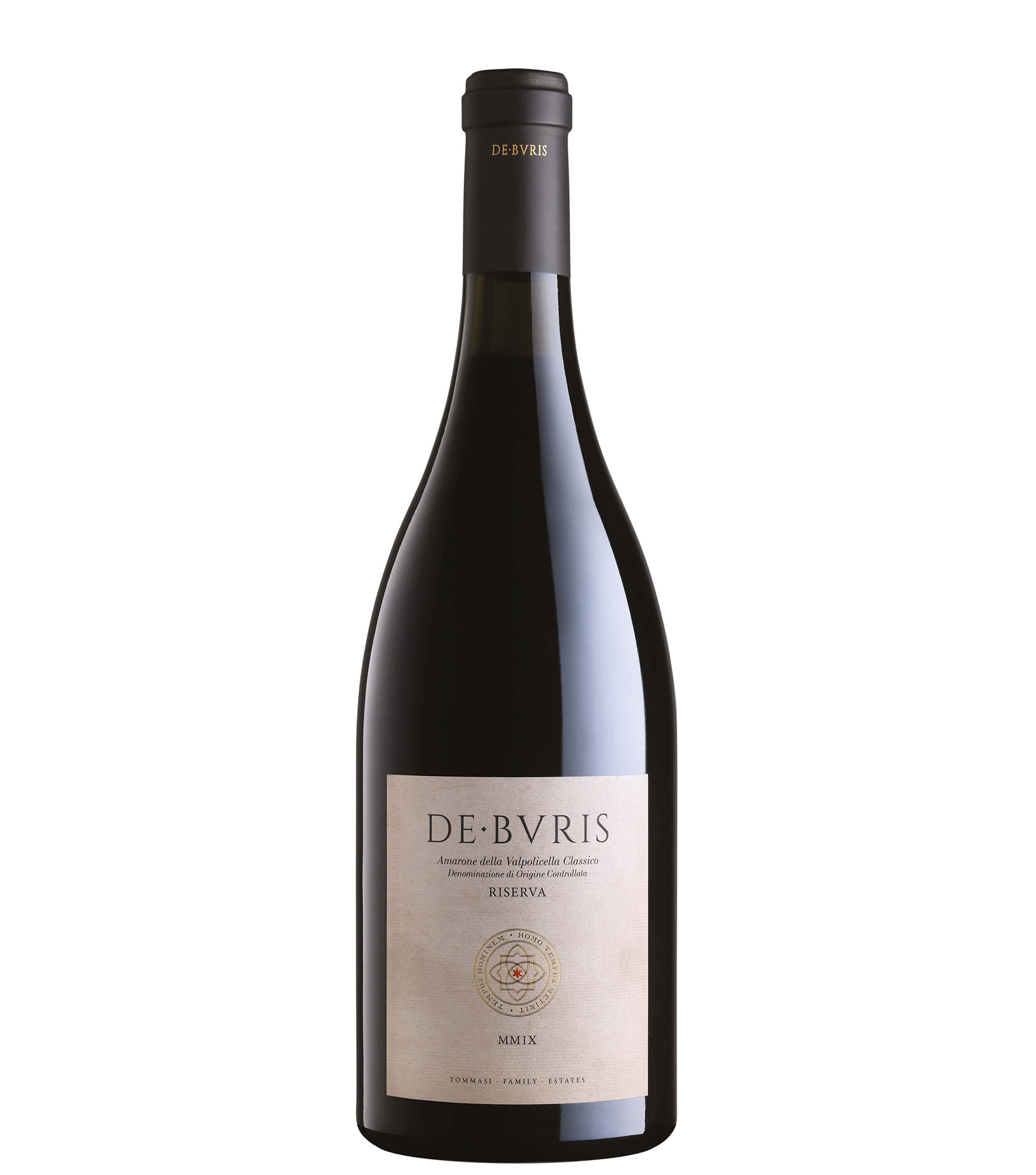 This vineyard is only 1.9 hectares. Known as Groletta, in the small municipality of Sant’Ambrogio, it is famed for producing the highest-quality wines within the Valpolicella Classico zone. The selected grapes are placed on bamboo racks (Arele) and left to dry for 110 days before being pressed and left to ferment for 30 days in oak vats. After two stages of malolactic fermentation (over two years) followed by ageing in Slavonian oak barrels for a period dependent on the seasonal phases of the moon, the juice is then aged five years in oak. Talk about quality care. Complex notes of dark fruit, spice, liquorice and dark chocolate with an incredibly long velvety finish.

One of the most beautiful Rioja wines in existence as far as I’m concerned. Murrieta is one of the oldest and most respected wineries in the region, dating all the way back to 1852. The legendary Castillo Ygay sits atop the perch of its offering and does so for a reason. The Grand Reserva itself comes an old single vineyard named “La Plana”, which is about 485 metres high and to top it off, this wine is only made during exceptional vintages. A beautiful array of meadow flowers hits your nose with truffle, baking spice, bright red cherries and a delicate parfum lingering in anticipation. Intense yet refined with a satin-soft mouthfeel.

One of the most famous wineries in Bordeaux, Château Haut-Brion came into new ownership in 1935 with Clarence Dillon. Prince Robert of Luxembourg is also the Chairman of the estate, which gives an idea of its quality and reputation. The 2012 vintage is a steal, given the vintages either side of it were deemed to be ‘better’, but it holds up in the bottle nicely. Two-thirds Merlot, the wine has a blackberry backbone with helpings of freshly ground espresso, vanilla oak and a delicate violet. Soft, rich and juicy with a stunning finish.