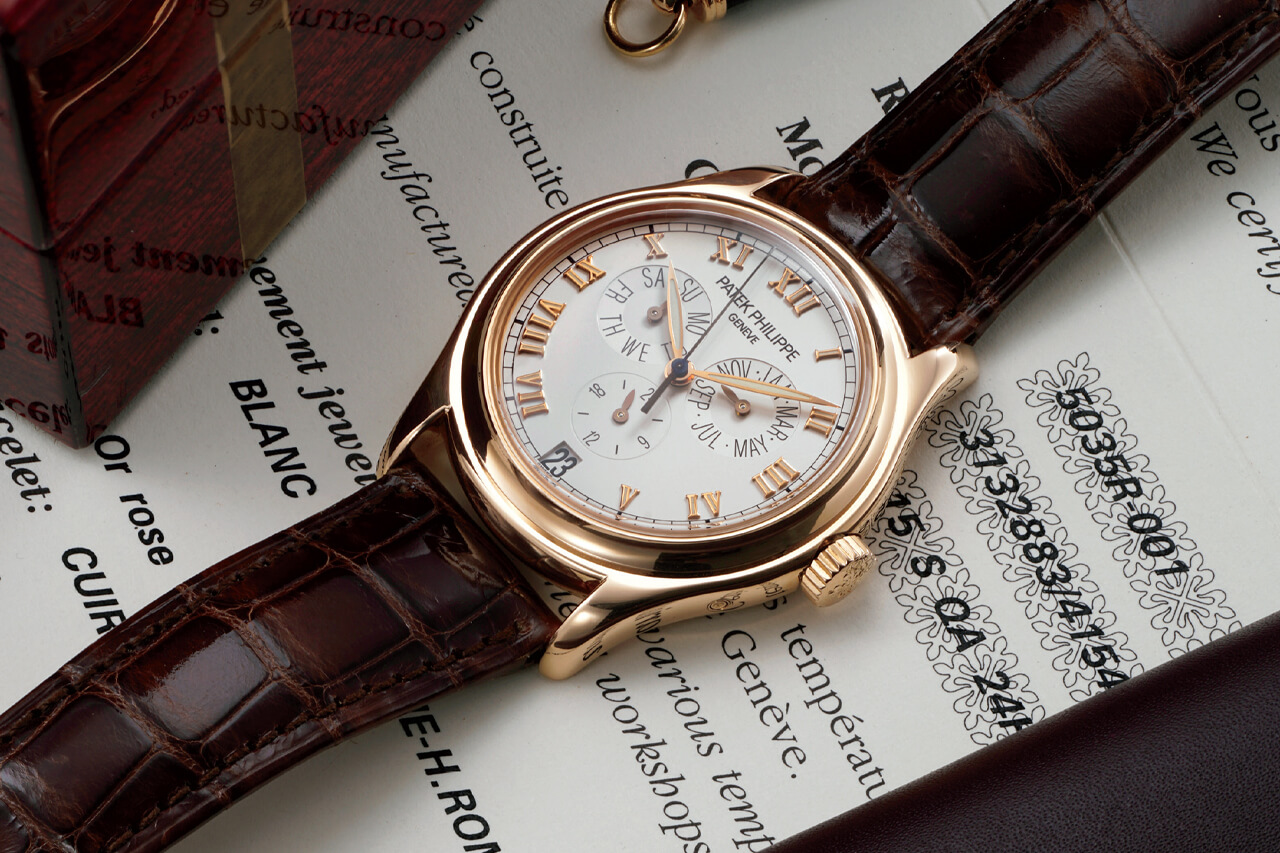 Any watch enthusiast has at some point spoken at length about the individual merits of a seemingly unending series of near identical ‘iconic dive tools’, ‘legendary chronographs’ or integral bracelet ‘sports’ watches, so it’s hard to find an uncelebrated watch that deserves hero status. I would argue the Patek Philippe 5035 is surely a contender.

Launched in 1996 to great applause, the award winning 5035 really was a game changer, the clear calendar display, luminous hand and hour markers are legible, precise and leave no doubt that this is designed to be the most useful addition to the wearer’s wrist it can be. The precious metal case with stepped bezel and screw on sapphire case back, are traditionally restrained and exude Patek quality, so what’s not to like? Why isn’t this a stone cold classic? 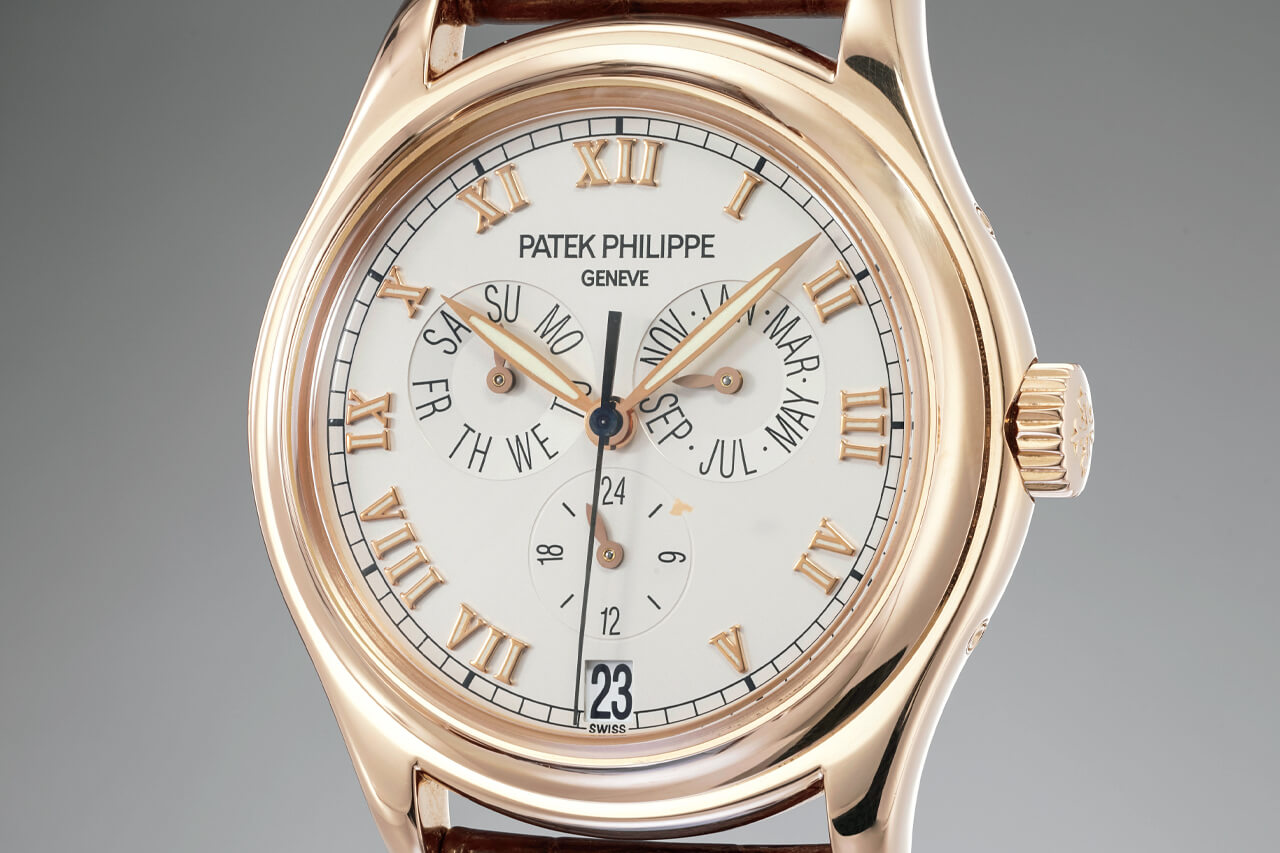 Even at a fairly modern 37mm, the 5035 is often accused of being too small, possibly due to the thickness of the bezel and increased depth of the watch (compared to the svelte 3940) but also, perhaps partly down to the large applied Roman numerals, and broad leaf shaped hands (both so generously filled with lume) that shrink the dial further. There is something of a ‘cross-eyed’ and top-heavy look to the 5035’s dial thanks to the large calendar sub-dials and relatively empty 24 hour sub (in itself a huge departure from Patek’s traditional calendar watches). This was somewhat corrected on the 5036 that followed when Patek first introduced the moonphase to the annual calendar, then introduced a bigger case size and cleaner dial with 2005’s reference 5146. 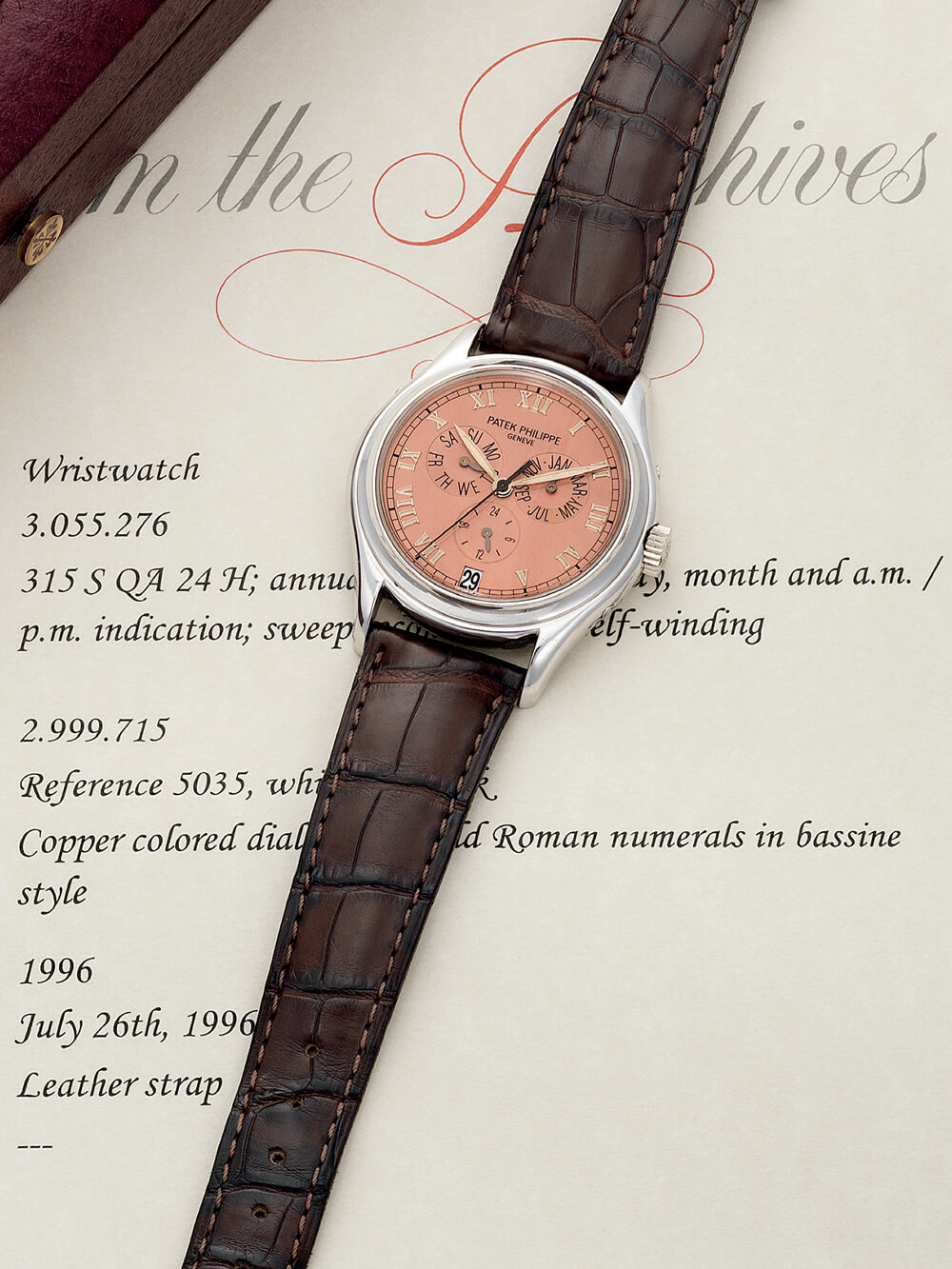 Collectors and dealers alike seem to have left the humble 5035 on the shelf, prices remain well behind the entire family of watches that it spawned, although creeping forward steadily in recent years.

Accepting that the watch is, relatively, unloved I’ll try and justify why it deserves a little more celebration, why it should be remembered as a ‘hero’. In the mid-nineties when the Swiss watch industry, as we know it now, had established its post-quartz ‘pure luxury’ identity, brands were standing on the shoulders of the 1960’s giants; automatic winding, chronographs, perpetual calendars and minute repeaters were all well mastered by this point. In some ways there seemed little scope for truly innovative watch-making. 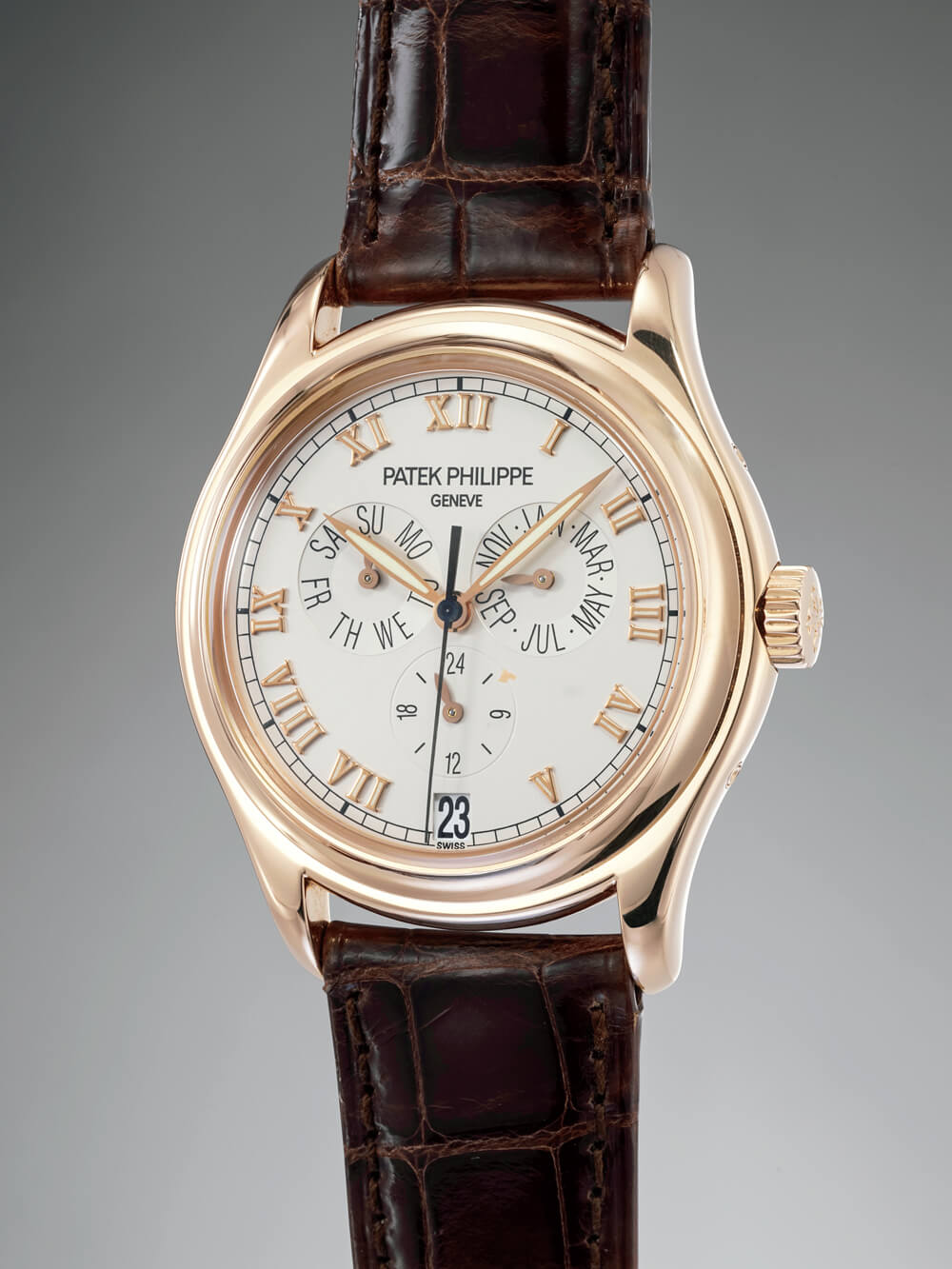 Whilst a perpetual calendar famously only needs the date correcting every hundred years (for three out of four centuries) the Annual Calendar mechanically tracks whether a month has 30 or 31 days and, with the exception of February, will correct the date accordingly, saving those frustrating four days a year where the user finally realises their watch is a day behind (normally far later in the day than is convenient). Somewhat ironically, on paper at least, the 315 S QA Annual calendar movement required even more components than the 240 Q that featured in the world-beating Perpetual calendar ref.3940 but was achieved in such a way that the final retail product was a fraction of a price of the headline Perpetual.

This isn’t investment advice or even a personal love letter, this simply comes from asking the question “what watch truly deserve to be celebrated more, and why?” Forgetting for a moment the astronomical prices that can be paid for a watch, the emotional connection to the greats that wore a similar model before you, or just the jaw-dropping good looks, watch-making surely should be innovative and useful? Carrying the torch of this 90s game-changing Annual Calendar is the (in my mind equally underappreciated) ref. 5135 tonneau shape with a cool aperture display and the much more commercial ref. 5726 Nautilus.

Watch specialist at Phillips Auction House in London, Chris comes from a long background in watch retail, wears a Zenith Daytona and plays a Fender Jazzmaster in Firemist Silver (with a heavy right hand)…