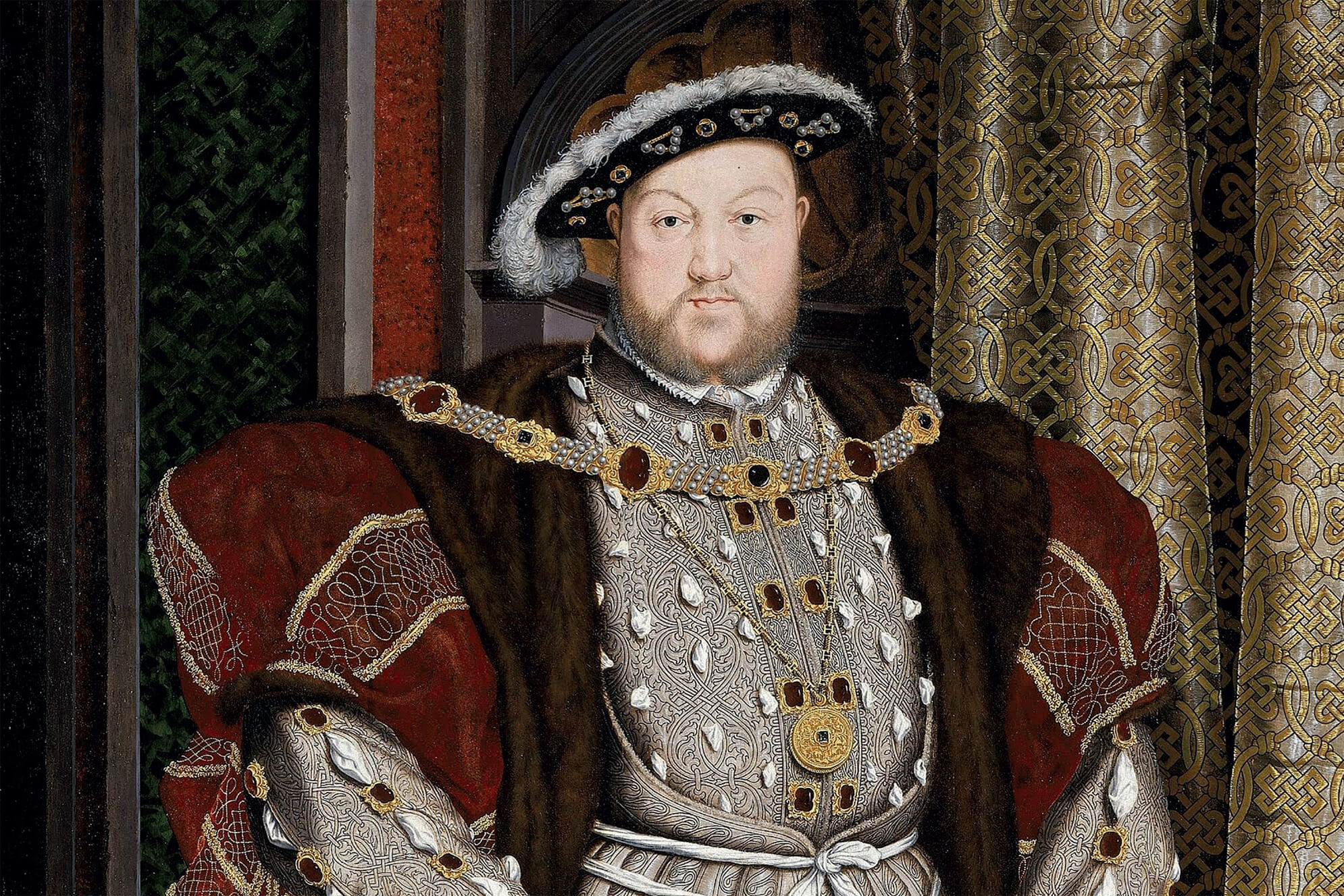 Is a jacket still a jacket if it doesn’t have arms? No — it’s a bloody minefield. There is no garment in the male wardrobe that is quite so loaded, quite so divisive, quite so riddled with status anxiety, quite so now-what-have-we-here as the gilet. You spot a man at thirty paces with no sleeves on, and you instantly project onto him a skittering range of value judgements, class insecurities and childhood traumas. I’m told that therapists in certain enclaves of West London use them as makeshift Rorschach tests. And when you gaze long into the gilet, the gilet gazes also back at you…

But let’s go back to the start. The item began life in the tilled fields of 15th-century France. The peasants liked the button down vests because they kept the body warm while allowing full manoeuvrability of the arms — a trait, it should be said, that is still cherished by the dog-walkers, cheek-kissers and oh-hello-ers of the Kings Road to this day. (The peasants got the name from the Spanish jileco, by the way, which should quash any beastly rumours of a hard ‘G’). At about the same time, Henry VIII started squeezing into one for various sporting and courtly pursuits. He would have called it a jerkin. You may not. 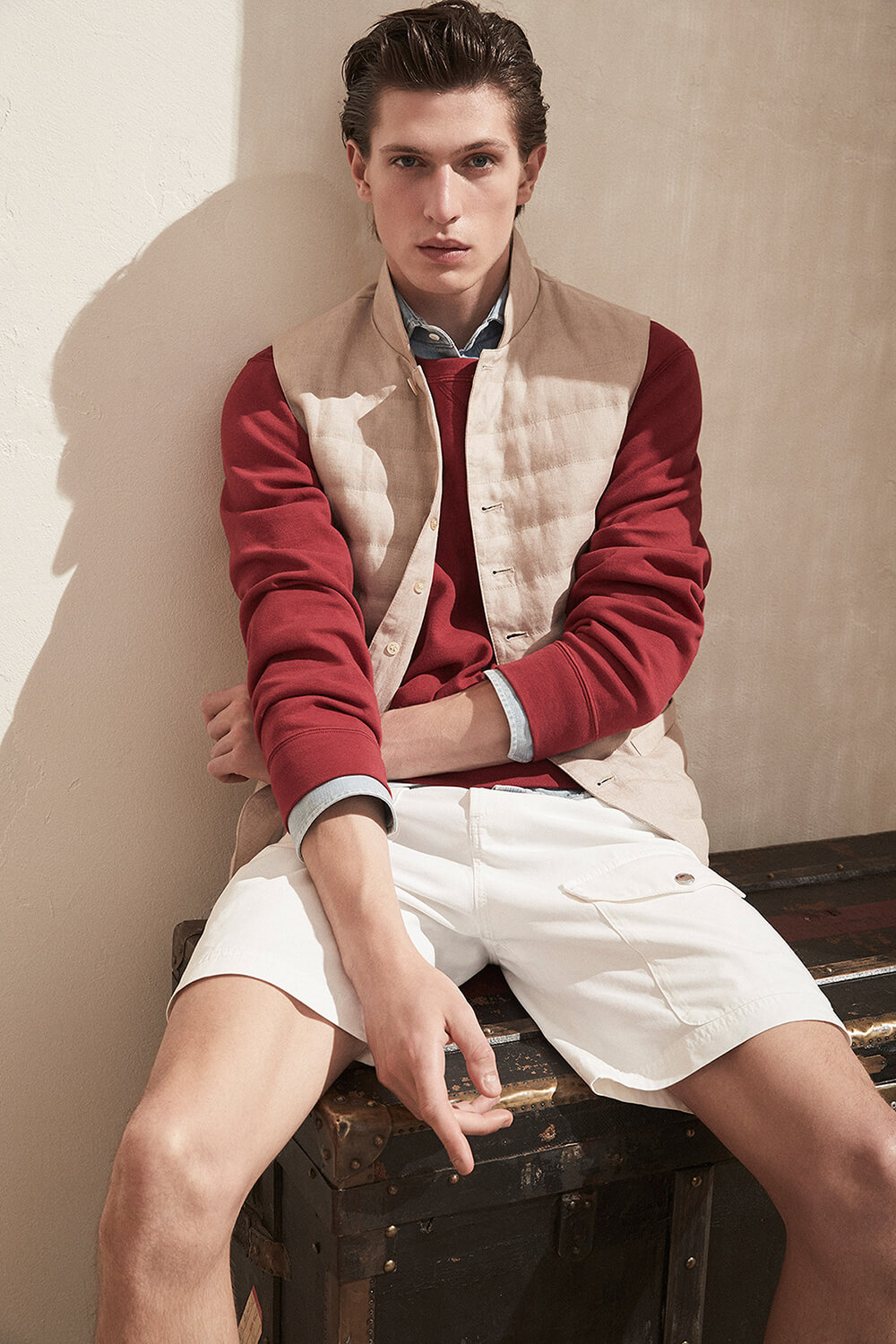 And then the word was out. In the 500 years that followed, the sleeveless garment could be seen everywhere, from the hunting get-up of the Venetian princehood (codpiece included), to the armoire of the 18th-century dandy; from the chests of World War One infantrymen, to the back benches of many a Land Rover Defender (long wheelbase), and most of the Westbound platform at Earls Court.

There was a spicy period in the Nineties when the things were known as bodywarmers, and the garments became a sort of hip hop-lite activewear that paired neatly with combat trousers — think Helly Hansen, FUBU, the American ones in All Saints, that sort of thing. But then, as I say, this was the Nineties. 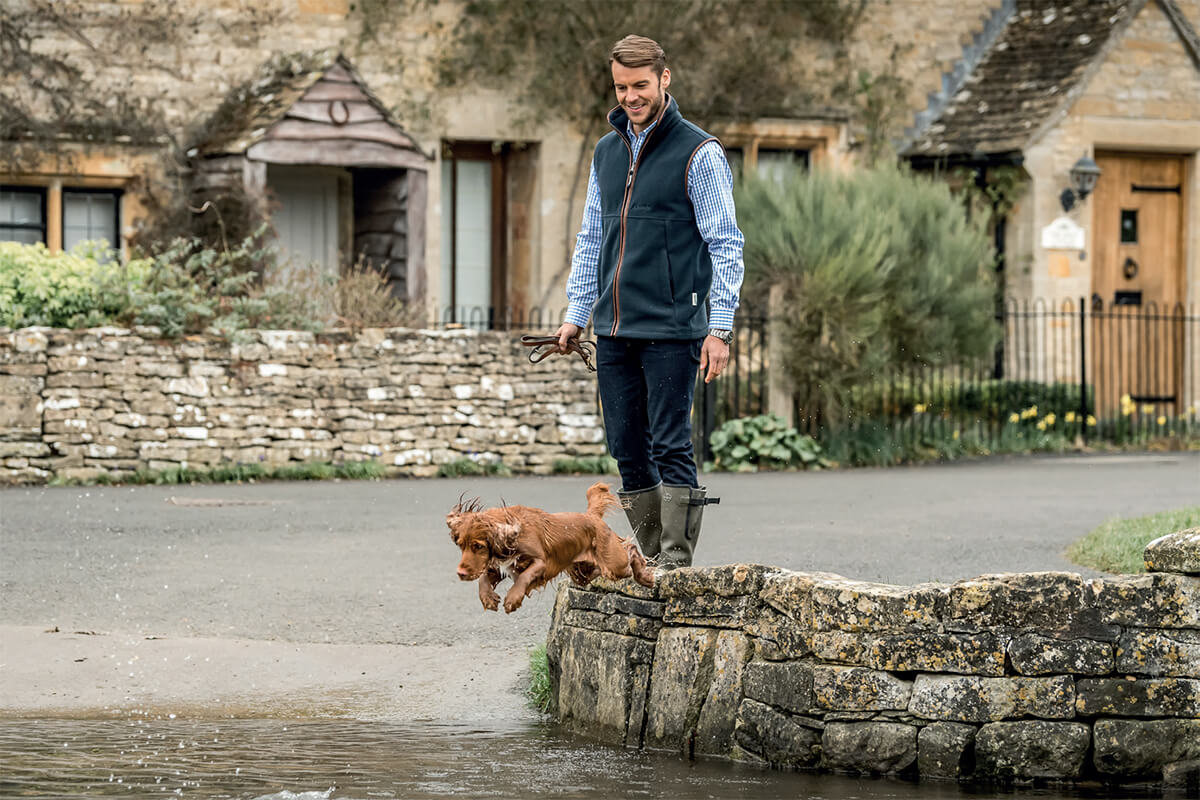 This past decade has been the most tumultuous yet. The immortal Chinnocio himself outlines the status quo at the more pheasant-y end of the spectrum. It’s “the seminal chin accessory,” he writes in his definitive Upper Class Dictionary: “vital for shipbroking, insurance, property, PR, inheriting and lamping.” We’re talking largely about the Schoffel, here, of course — an ancient German brand that has fully embedded itself in the upper crust of British society. (But then again, the Royal Family did largely the same thing). Heavy-zipped and fleecy, it is the de facto armour of the dubiously chinned. 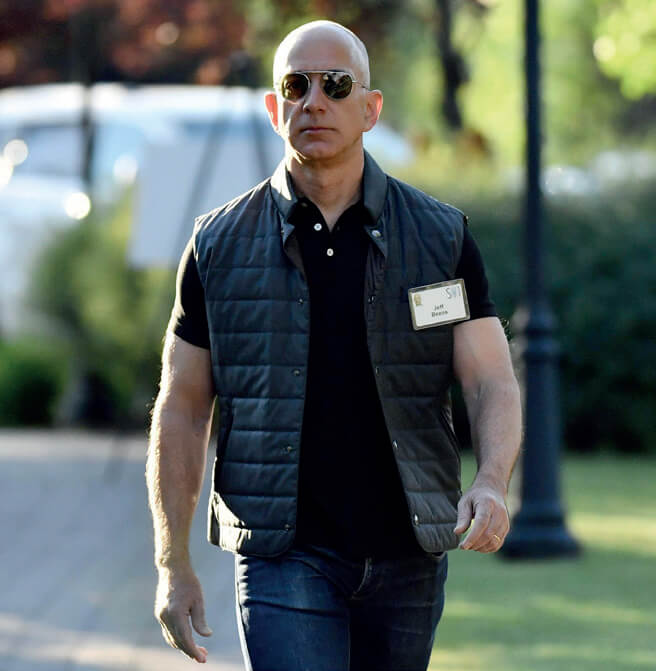 Then there are the tech mavens and the finance bros. The quintessential VC uniform over in Silicon Valley is a pair of slacks or smart jeans, a slightly formal shirt (sleeves rolled up), and a Patagonia (or other new-age outdoorswear) gilet on top. The image says “business now, mountain climbing later.” It is touchy-feely but impressive. Soft but firm. And isn’t that what we all want in return for our sweet equity? 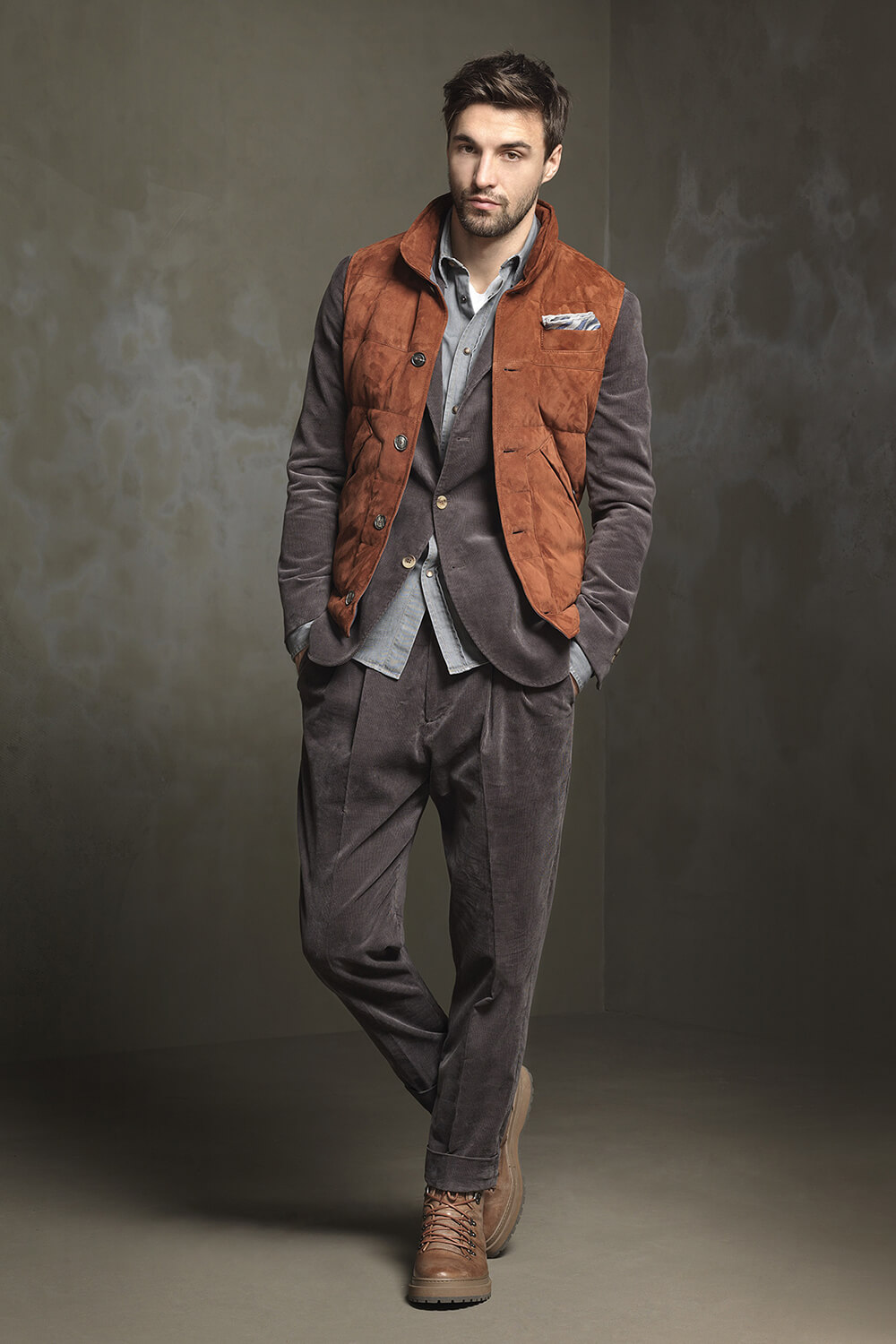 Over in Midtown Manhattan, meanwhile, there’s a whole subspecies of gilet-wearers that spill out come lunchtime. Head to that big Whole Foods next to Bryant Park at 1pm and you’ll be engulfed by a sea of chino-sporting, Oxford-collar-wearing, corporate sports bag-holding, AirPodhollering Chads, Bretts and Brads. The left breast says Goldman, the right breast says Patagonia, and the mouth says “is tuna steak keto, bro?” In response to the swarm, Patagonia has recently announced it will no longer make branded corporate garb for any company that doesn’t share its values. But a black market rages still, and the damage has long been done — check out @MidtownUniform on Instagram for the gory details. 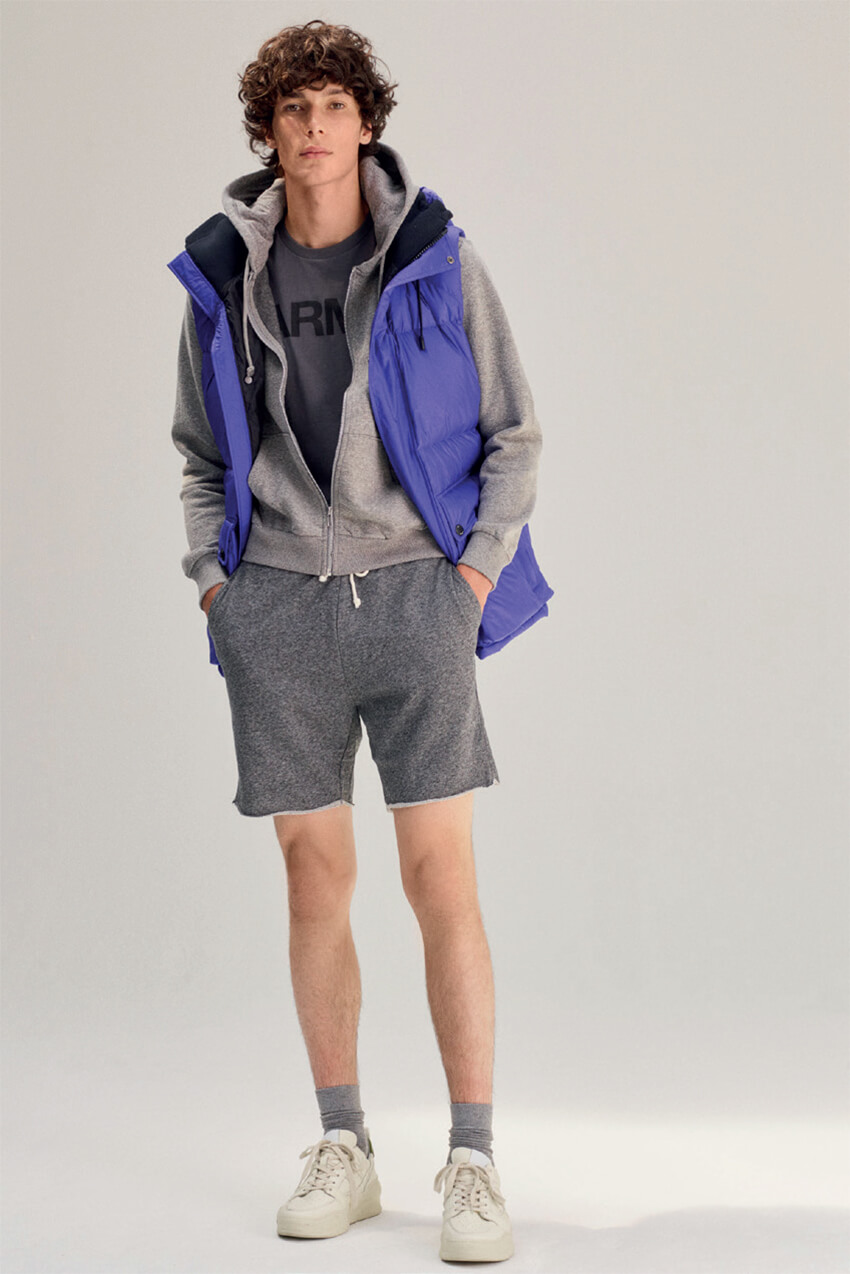 Things are changing. Look, in fact, to Henry Hales and his erstwhile Sirplus for a more considered, refined, handsome take on the ‘waistcoat’ (as the brand rather sensibly dubs it.) With its Nehru collar and emphasis on tailoring and understatement, it is the thoroughly acceptable face of the sleeveless jacket. You wouldn’t mind your boyfriend wearing one to meet your parents (look, mum, no arms!). Handy at a Sunday lunch. Fine on an art teacher. Pairs well with Reebok Classics. You know the drill.

But we’re not out of the woods yet. We’re barely out of Cirencester. There’s more — much more — to come. For when you gaze long into the gilet, the gilet gazes also back at you.

After years of lockdowns, it’s time to get ready for the outside world and these 6 brands are ready...