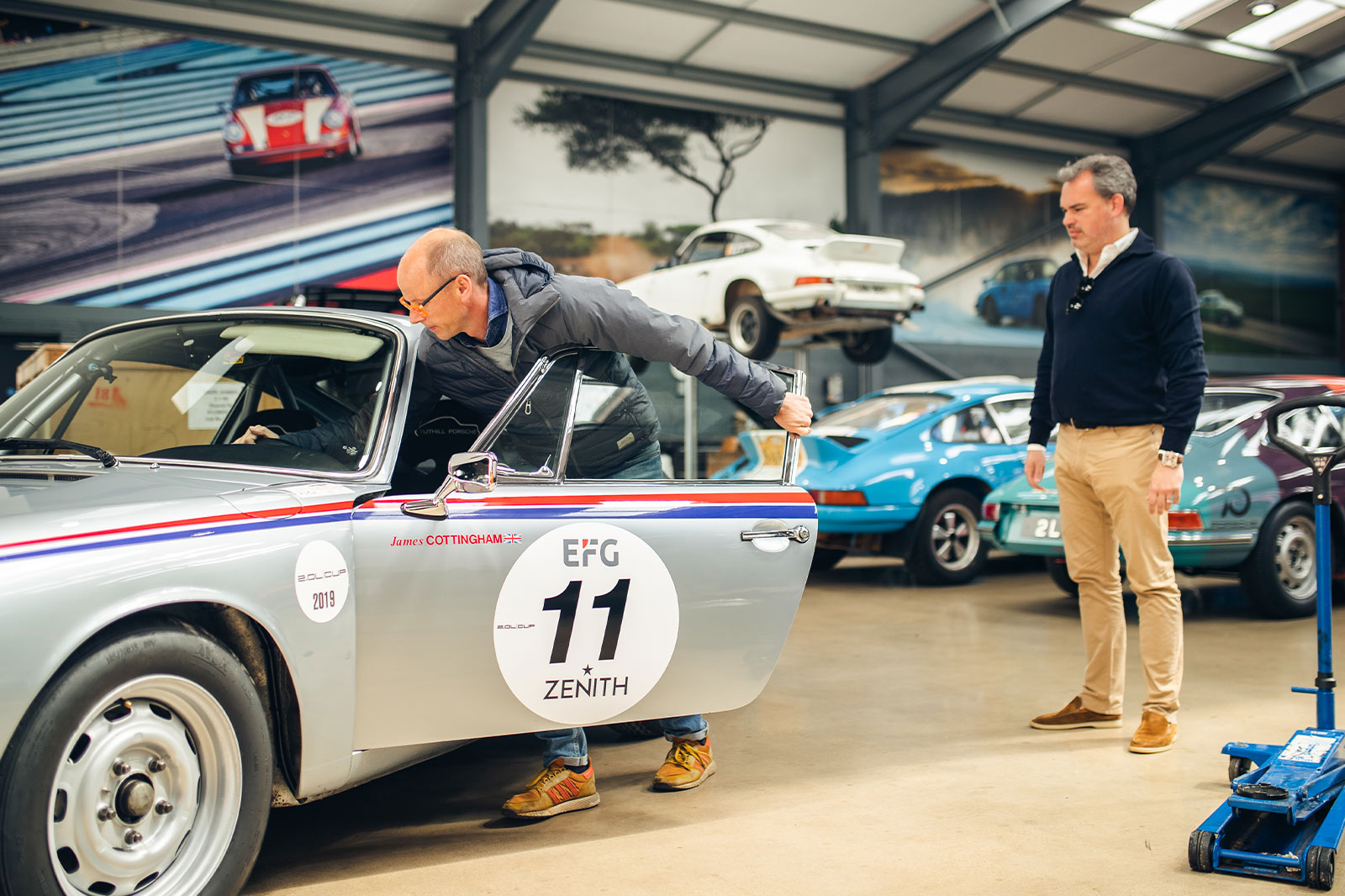 Auctions can be stuffy affairs, it’s true, as can auctioneers. Which is what makes James Marks, Phillips’ international watch guru, a breath of fresh air. The former hedge fund manager went from being a client of the auctioneers to presiding over their incredibly successful domination of vintage watch sales across the world and talking to him it’s easy to tell he’s taken a different route to the top than most auction specialists.

When I caught up with him however, lockdown had evidently taken its toll, not because the ever chipper horological specialist was particularly down about the pandemic, but because of internet impulse buying. “Unfortunately for my wife, I’ve managed to track down every vintage Porsche catalogue around. I also decided to finally switch up my shoes to stop Nick Faulks taking the piss out of my Loro Piana Openwalks. I decided to try a pair of Asics – not sure why, they were just the first I saw – and now I have new pairs always turning up. Between those and the catalogues, my wife’s wondering who she married!”

While endless boxes of old catalogues might be driving James’ family to the brink of madness, business-wise things are remarkably stable. Phillips hasn’t just ticked over during the course of the pandemic; they’ve solidified their place as arguably the leading watch auctioneer. 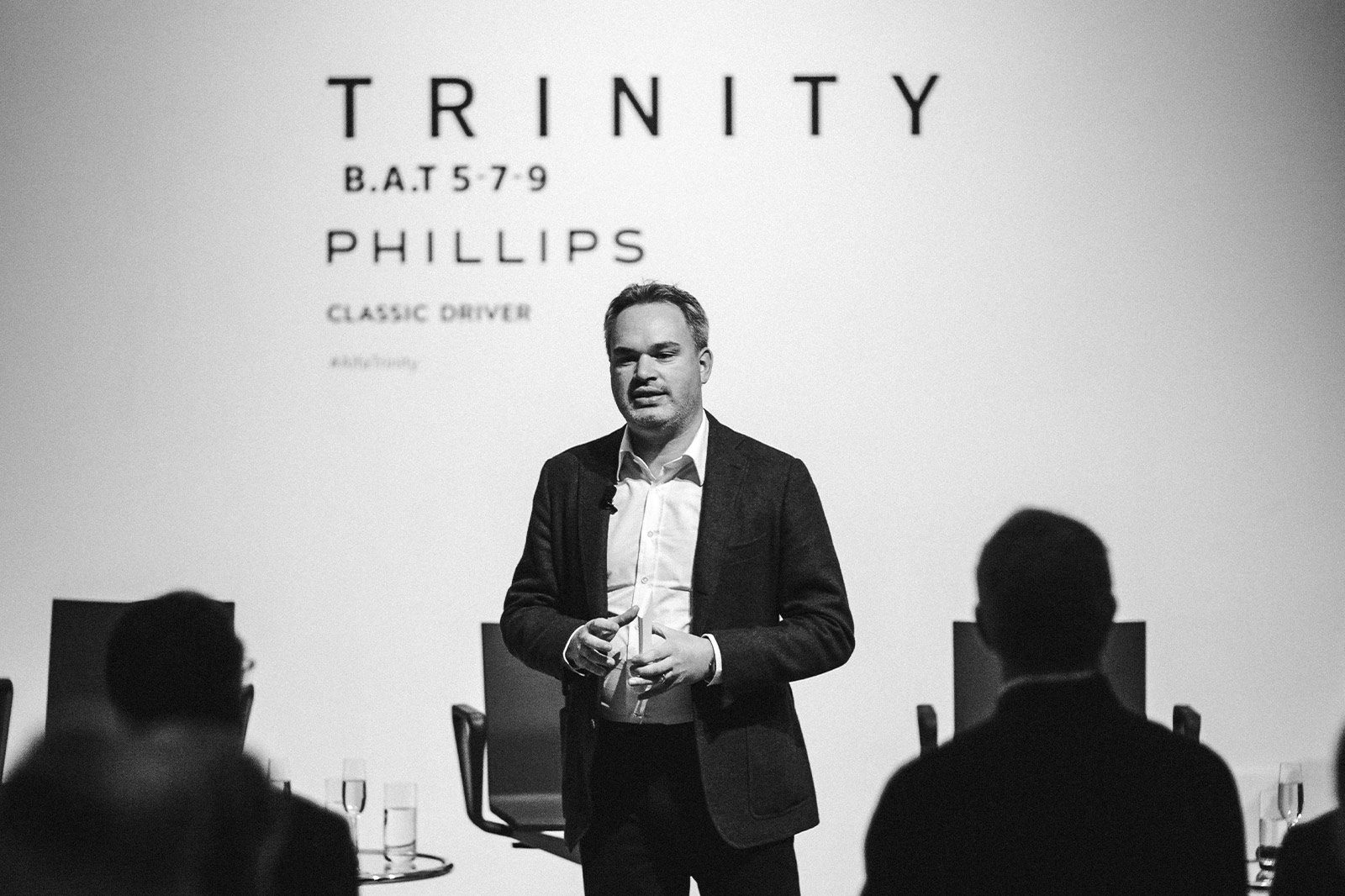 “We’ve managed to weather the storm pretty well actually. I don’t like to say we’ve done too well – there’s a bit of sadness in success these days – but before it really hit us here friends in Asia warned me just how bad this pandemic was going to be and we moved quickly to adapt. One of the first things was to make Phillips Perpetual a completely online store. In fact, we’ve been selling plenty on there even during the height of lockdown. Between that and our ability to do auctions digitally, we’ve done tentatively well.”

Digital auctions – or at least, digitally accessible auctions – are likely here to stay in the long run, but what about physical? With the lots and buyers that Phillips tends to attract (just take a look back at their incredible Racing Pulse auction) are they determined to have both elements? “I was on the phones for that one. It was electric, waiting to see if the guy at the other end was going to up his bid or not. There were some great watches, but the atmosphere at an auction like that is like nothing else… as soon as we can, I want to get back to that. Safely, of course.”

The big question for a guy with access to some of the rarest, finest timepieces in the world however is actually a pretty simple one: why do you buy what you buy? After all, some collectors do it for the investment, some do it for bragging rights, some even do it because they actually like the watches. “Simple really, everything I buy, I buy for the emotion behind it. Sure, it helps if it’s a great product, but that’s not why I bought my Land Rover Defender. There are better 4X4s out there. But there aren’t any that make me feel the same way.” 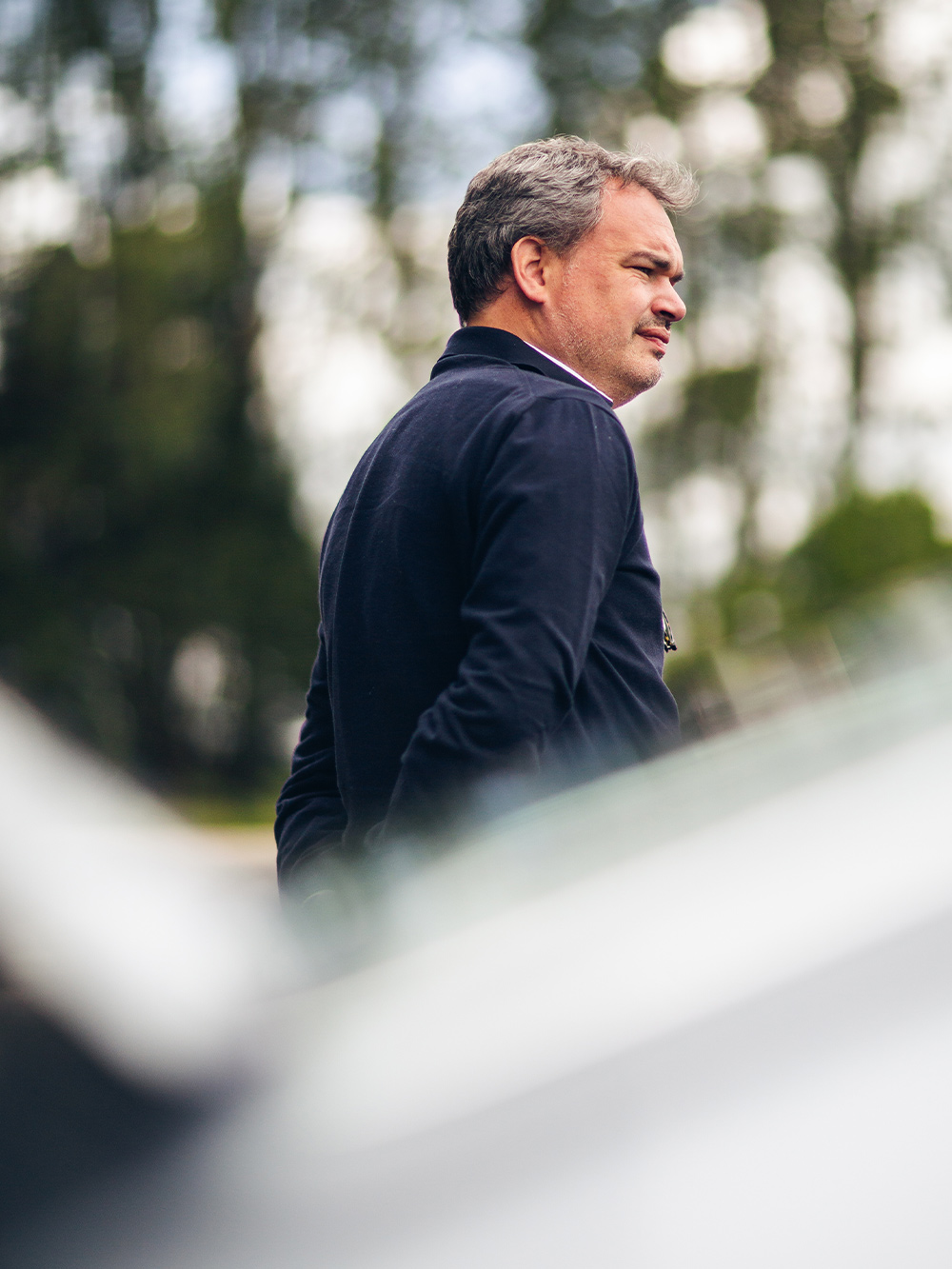 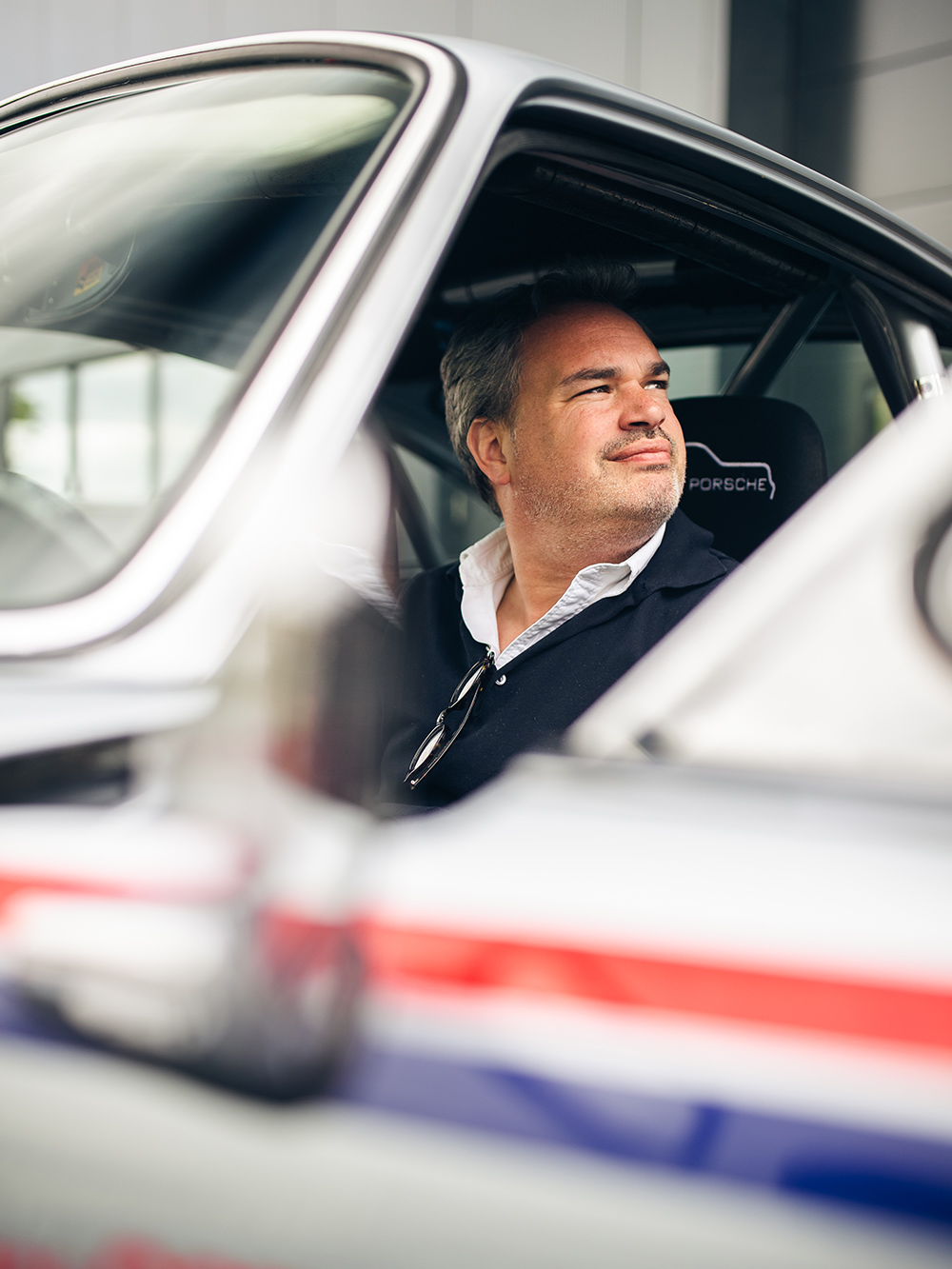 It’s also how he ended up with the absolutely stunning 1965 2.0 SWB prepared by Tuthill Porsche for the 2.0 Cup series you can see him in here. In case the catalogues didn’t tip you off, James is a Porsche guy. He has a similar approach to watches, too.

“Often, you’ll see guys wearing Rolexes and Pateks, even F.P. Journes nowadays and you just think: you’re only buying that because you want to fit in with that crowd, which is fine. But it’s a uniform and one that I don’t want to be part of. Most of the time there’s no emotion there, it’s just an accessory.”

It’s a pretty bold stance for an auctioneer that regularly sells Rolex, Patek and F.P. Journe but one that, as a collector myself, I completely understand. My favourite watch is a 1964 Seamaster, not because it’s an incredibly handsome dress watch (it is) but because it was given to my granddad for 40 years working at Texaco. It has a story. So, what has James bought recently that’s emotionally resonated? 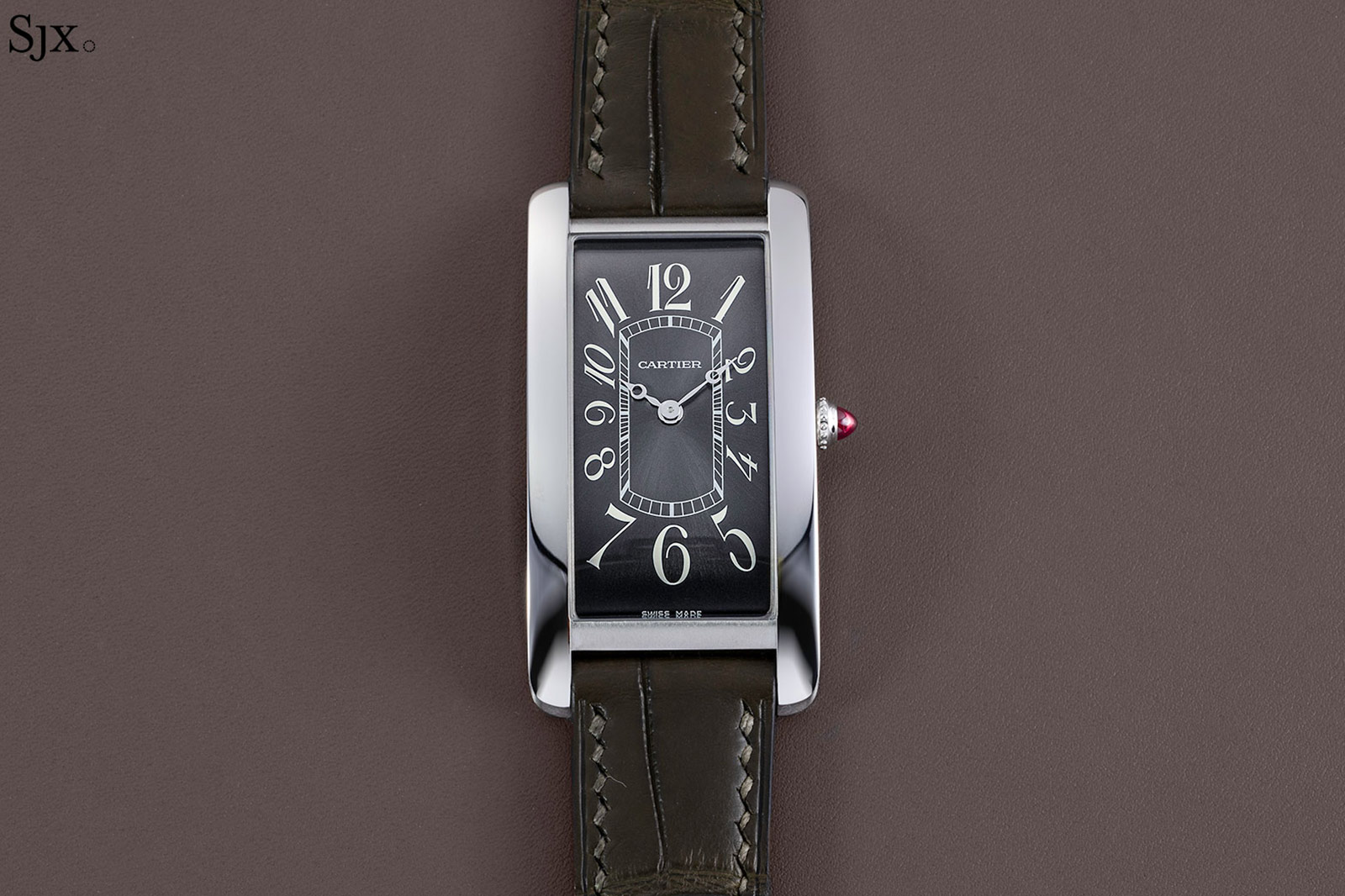 “What, other than old Porsche catalogues? I was fortunate enough to be offered the Cartier Tank Cintree ‘Eminence Grise’ Commande Speciale, a special-dial collaboration between Cartier, SJX and John Goldberger. It ticks every box for me. It’s a very limited model, designed by a Cartier lover and is incredibly handsome to boot. Plus, it’s funny, I feel like I’ve come full circle. The first watch I ever bought was a Cartier Tank back when I was 18. This one’s a lot more special though.” The founder of MB&F talks about the genesis of LM and his greatest misstep in watchmaking. A conversation with Vartkess Knadjian, CEO of Backes & Strauss - the oldest diamond company since... If you want one of the rarest models from Rolex, here's your chance... We sat down for a chat with managing director Guido Terreni...