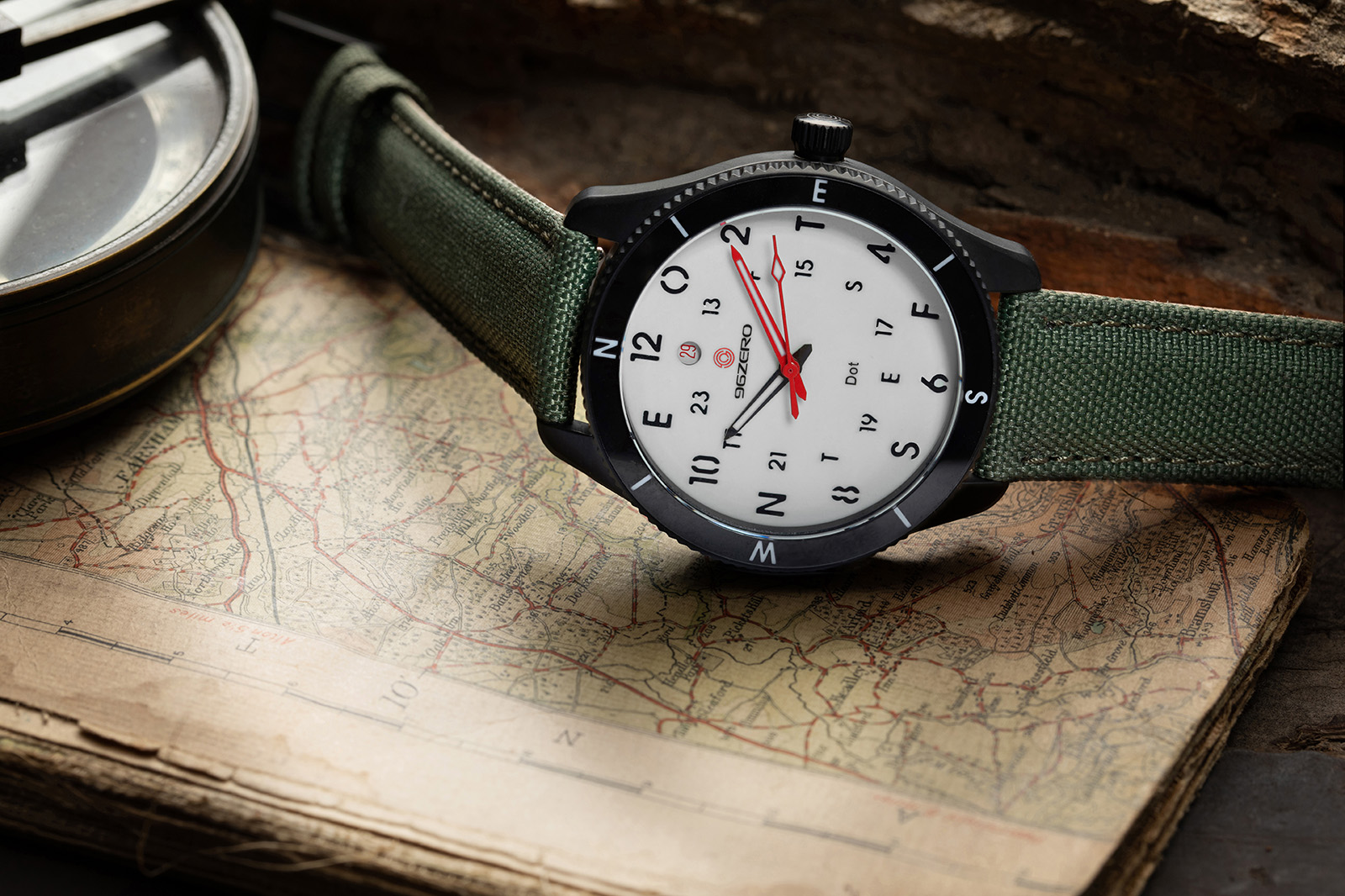 It’s safe to say that there are a lot of military inspired watches on the market. Which makes a lot of sense because in the endeavour to create the highest performance wristwatches possible, there’s no tougher arena than the military. There’s also an aesthetic consideration because put simply tactical wear is cool. However, there are few watchmakers with the authenticity of 96Zero, a brand founded by a former service member creating military inspired watches based on his experience in military environments. The resulting timepieces are the 96Zero Dive and 96Zero Field Watch.

In some regards 96Zero are archetypal of a modern microbrand. Founded during the pandemic as a way to explore creative outlets and to create a community of likeminded individuals at a time when we all felt isolated. The name, 96Zero, comes from the last three digits of the founder’s Army Number a signifier that he came to be known by.

The circular logo of the brand also reflects this. It’s simultaneously a riff on traditional unit markings such as the classic RAF roundel and a stylised 960 superimposed upon itself. This combination of iconic design and personal flair follows through in the design of the actual watches as well, which have been designed as a trilogy focusing on air/sea/land. The first of the trio is the Dive, available now, with the second launching on July 31 this year in the form of the Field Watch. The third act aviation watch is due in 2023. 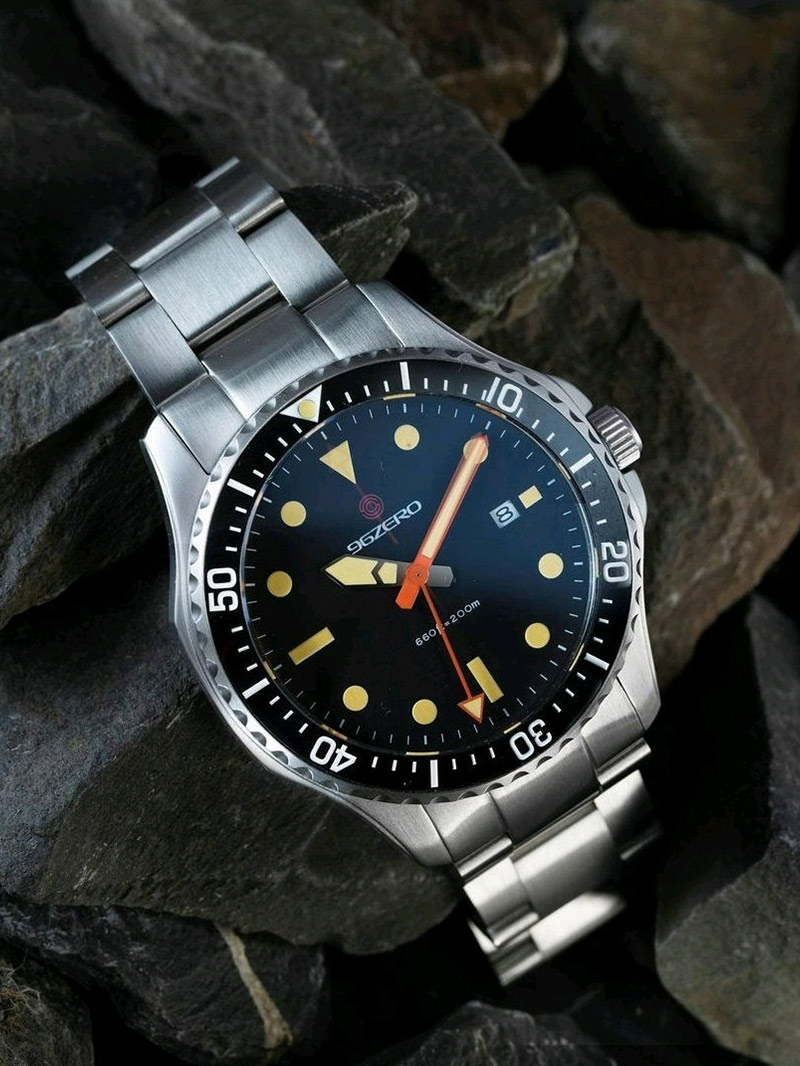 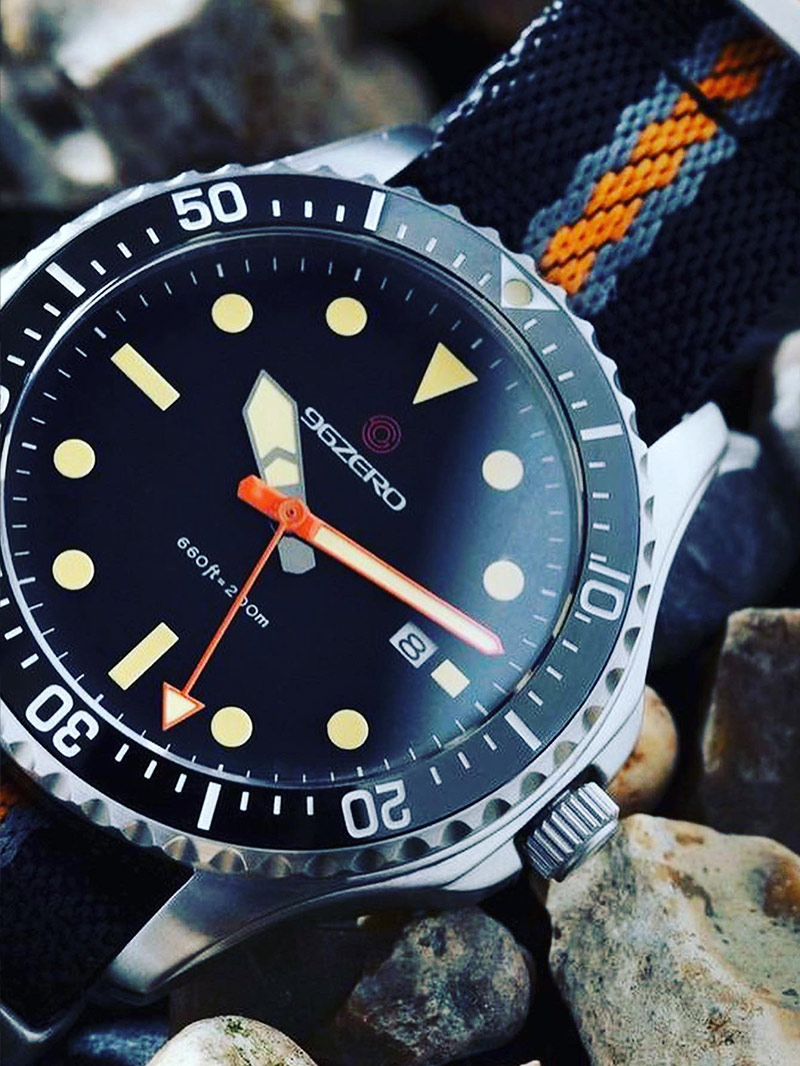 As the debut timepiece from 96Zero, the Dive stays relatively true to the traditional concept of a military diving watch. It has a 44mm diameter case made from hard wearing stainless steel. While that diameter does make it a large watch, careful consideration was paid toward making it feel more compact than it is. As such the thickness is only 13.2mm, perfectly capable of slipping under a cuff.

The benefit of retaining the 44mm sizing is that it allows the display to be as large as possible, which is vital for readability at a glance. As watch collectors it’s easy to get hung up about case sizes, but it’s refreshing to see an alternative perspective that actually the watch is as big as it has to be in order to save lives.

96Zero Dive is completed with oversize hour markers in the classic circle and rectangle style with a triangle at 12. The broad surfaces make it legible in the darkness of water, which complements the Dive’s water resistance rating of 200m.

Under the surface of the watch is housed the Miyota 9015 automatic movement. It’s a reliable, Japanese work horse calibre with a 42-hour power reserve, a solid movement for a debut watch from a microbrand. Considering the whole watch costs just £399 you can’t ask for better. 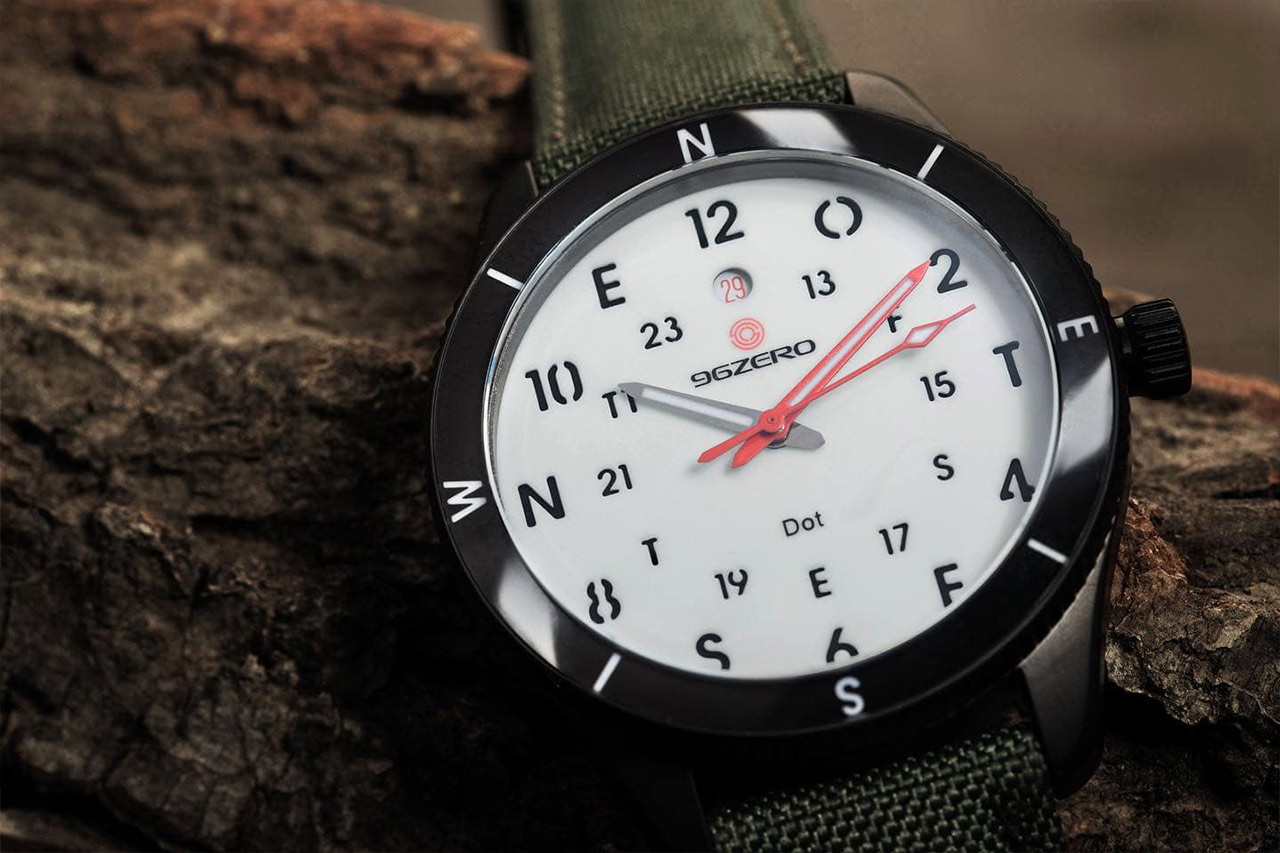 While the 96Zero Dive might be described as a fairly safe debut the 96Zero Field Watch is anything but safe, pushing the envelope on field watch design with a fun and unique display.

Specifically, the watch is themed around the concept of codebreaking, inspired by the founder’s Nan who worked to intercept and decode messages during WWII. It’s a different side to the military that you don’t often see represented in wristwatch form. 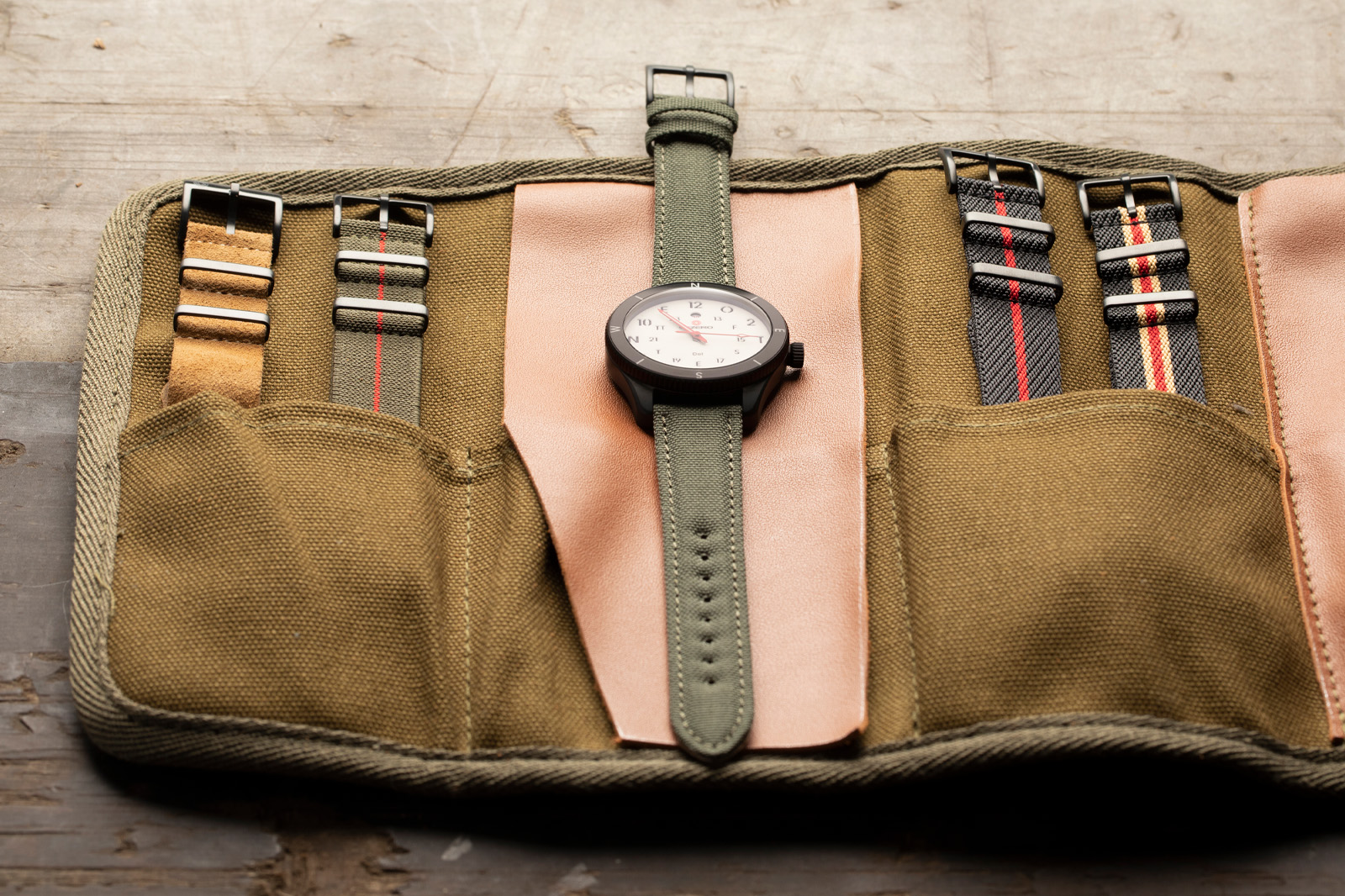 On the 24-hour scale, formed of inner and outer 12-hour rings, the indexes alternate between Arabic numerals and the first letter of each number written in English: 12, O(ne), 2, T(hree), 4 and so on. A lovely touch is that because of the alignment, wherever there is a number on the outer portion of the scale there’s a letter on the inner portion, making the display look even more complex and code-like than it is.

To anyone who understands the code it’s a perfectly readable display and thanks to the high contrast black and white colouration it’s extremely legible. It doesn’t sacrifice the qualities of a field watch in order to have a gimmick but rather works both elements together really well. On top of that, there’s also a compass bezel for utility out in the field. 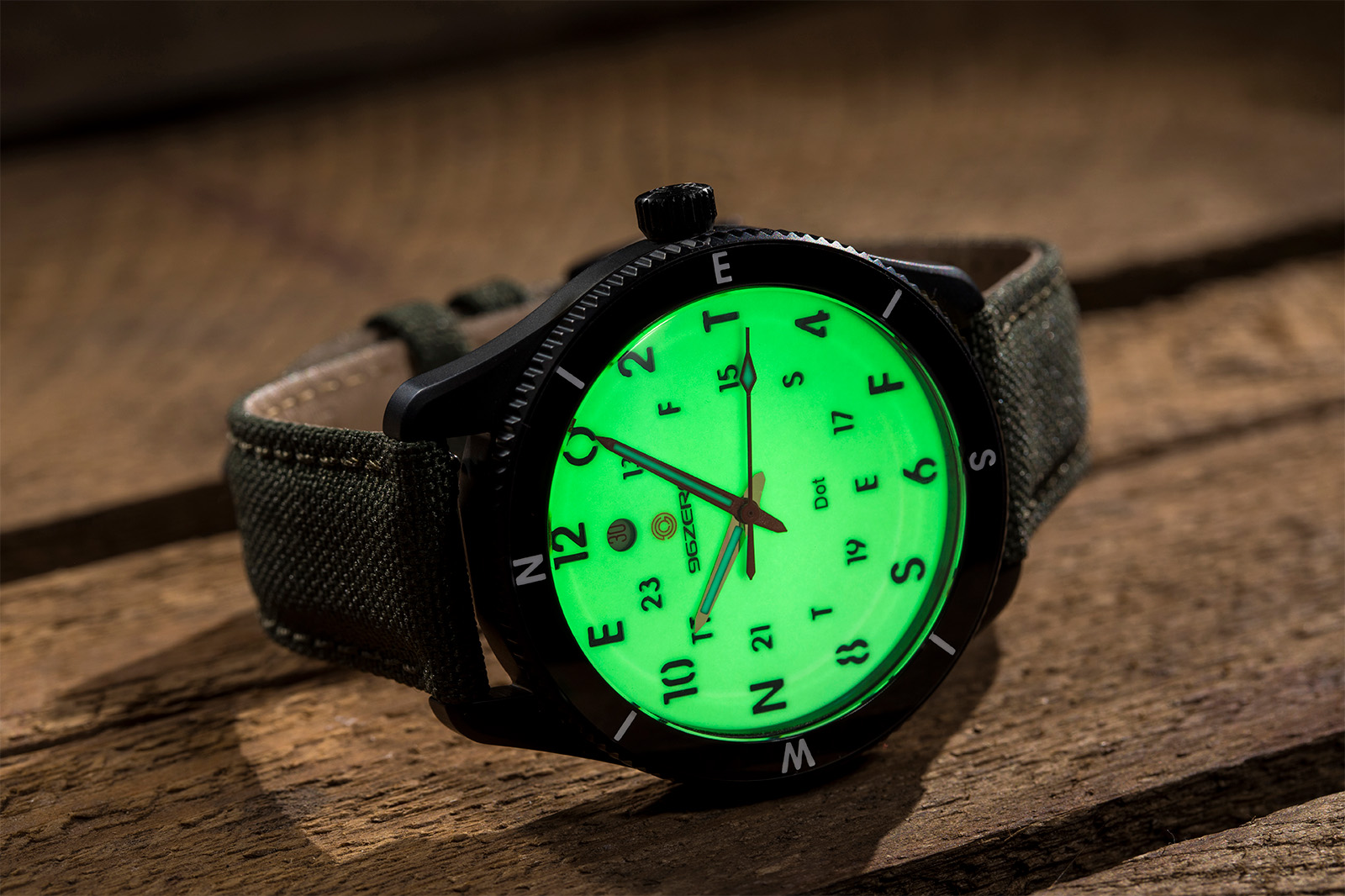 The specs are those of an established field watch. A 42mm steel case with black DLC coating for additional scratch resistance. Inside is the same Miyota 9015 automatic calibre as it’s diving watch sibling. However, the technical side plays second fiddle to the design because of how much the display shows the growth of a young brand finding their stride.

All that’s left to say is I look forward to the aviation watch to complete the trilogy, it will be the ultimate accessible three watch collection.