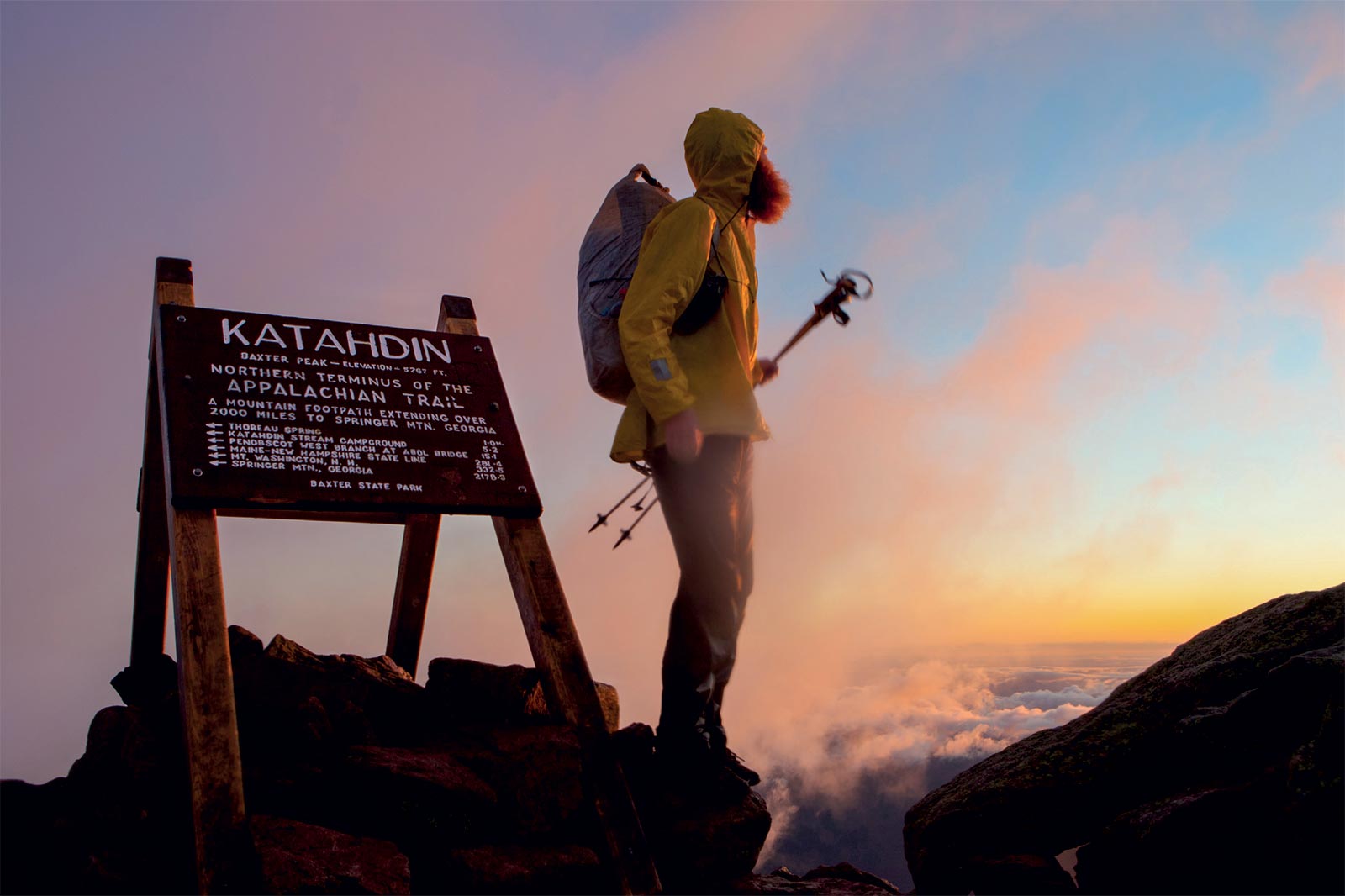 Hiking can be a bit of a challenge to the unprepared, or in some cases, even hardcore outdoorsmen. But it’s worth it for the views, the landscapes and the experience of being in some of the most beautiful locations on Earth.

That said, while there’s certainly no shortage of picturesque hikes across mountains, forests and coastlines, there are some epic trails that are a cut above the rest. 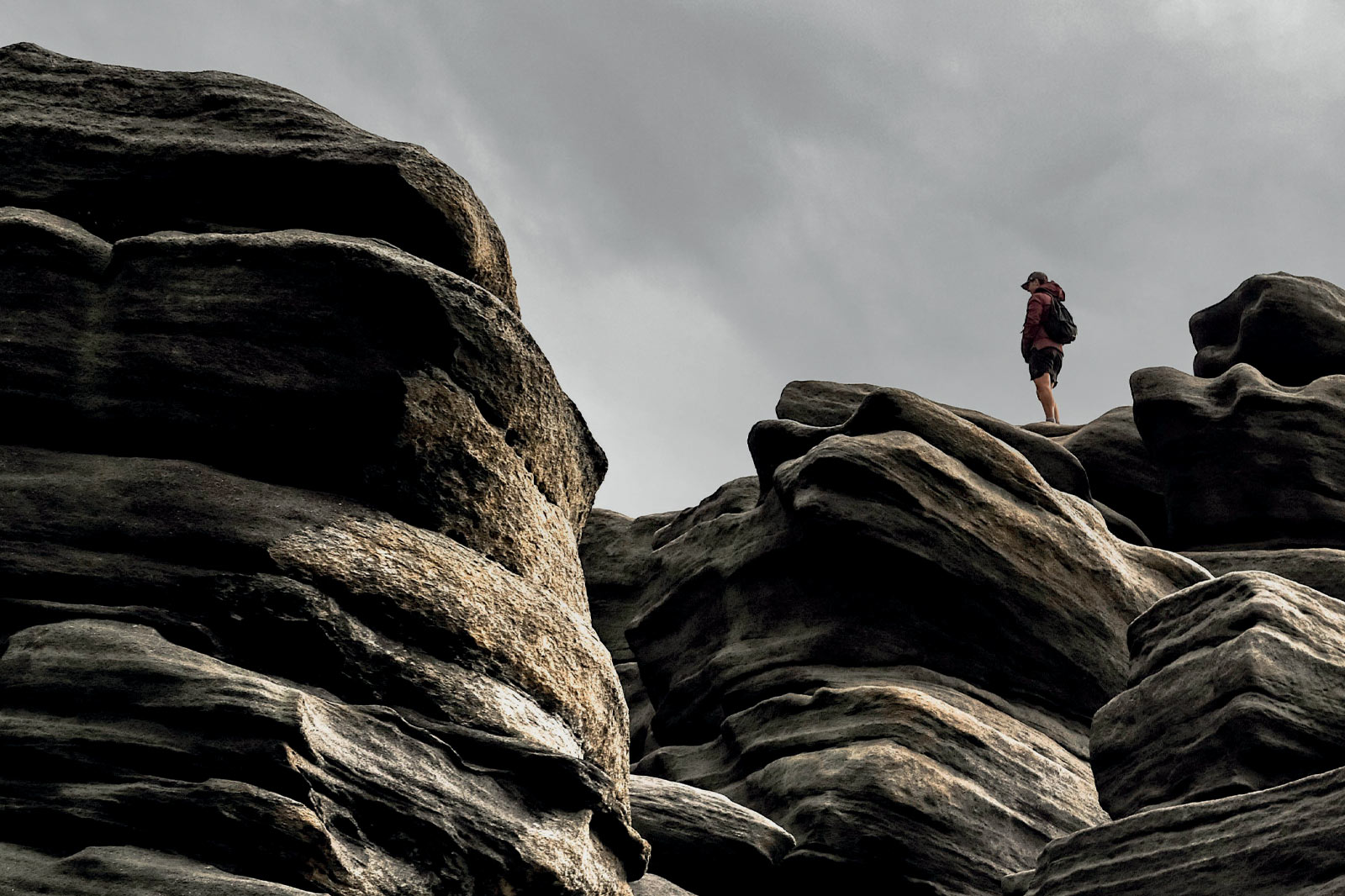 Their natural charms are all but impossible to explain in words, so we’re relying on breathtaking imagery to convey just why these five trails are among the most spectacular in the world.

From the rugged north of England to the warm waters of the Australian coast, stoke your wanderlust and read on. You needed an excuse for some new hiking shoes anyway, right? 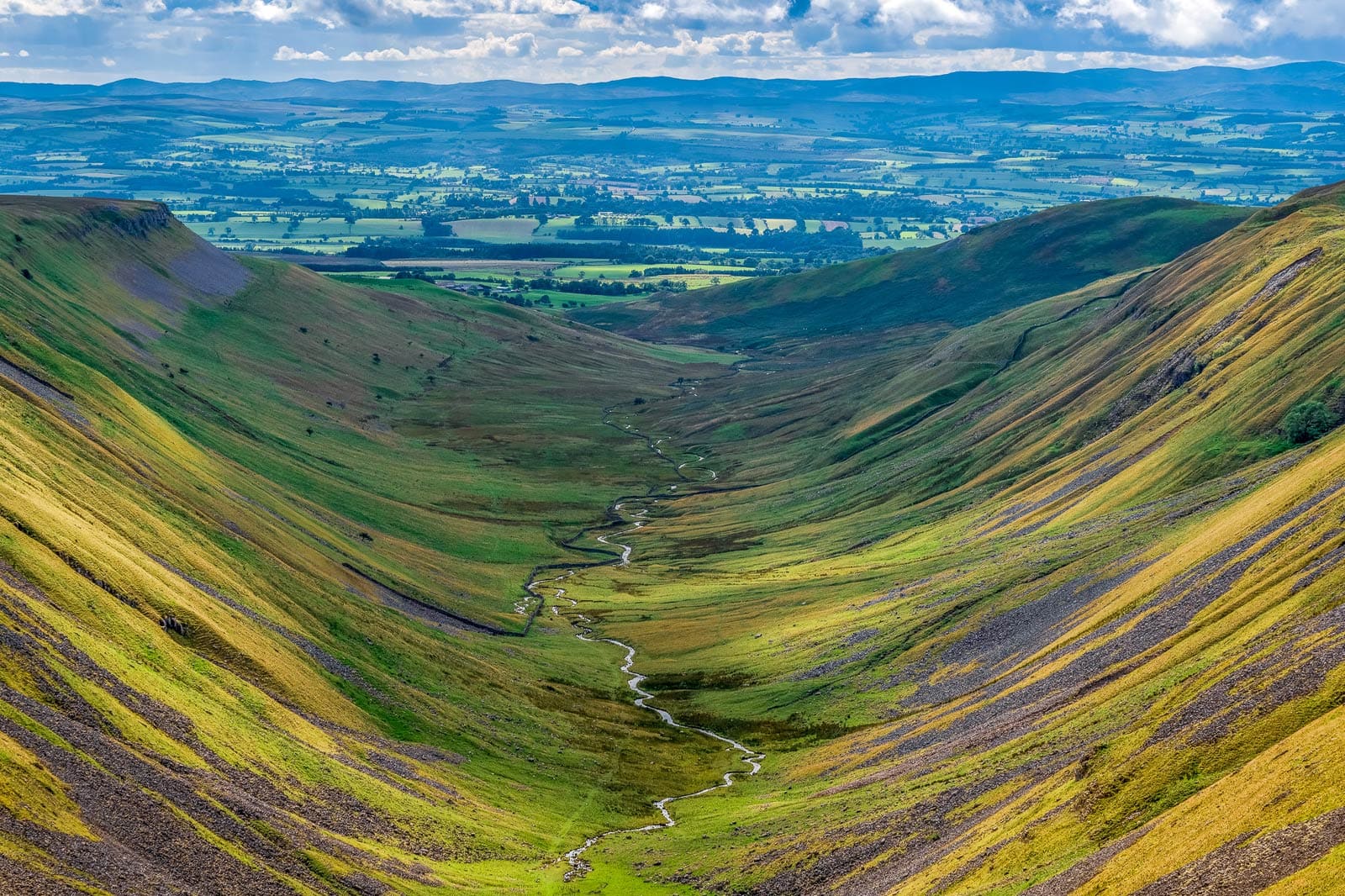 Let’s start on our own doorstep. Despite being a (relatively) short drive away from London, beginning in Edale in the Peak District, this 268-mile hike stretches all the way to just a smidge over the Scottish border, ending at Kirk Yetholm. It takes you through Northumberland National Park and High Cup Nick, dubbed the Grand Canyon of England.

Granted it’s a little less grand than that, but it’s nonetheless a spectacular sight and the trail as a whole will show off the best landscapes the UK has to offer. Just make sure you dress for the weather; we have a meteorologically gloomy reputation for a reason. 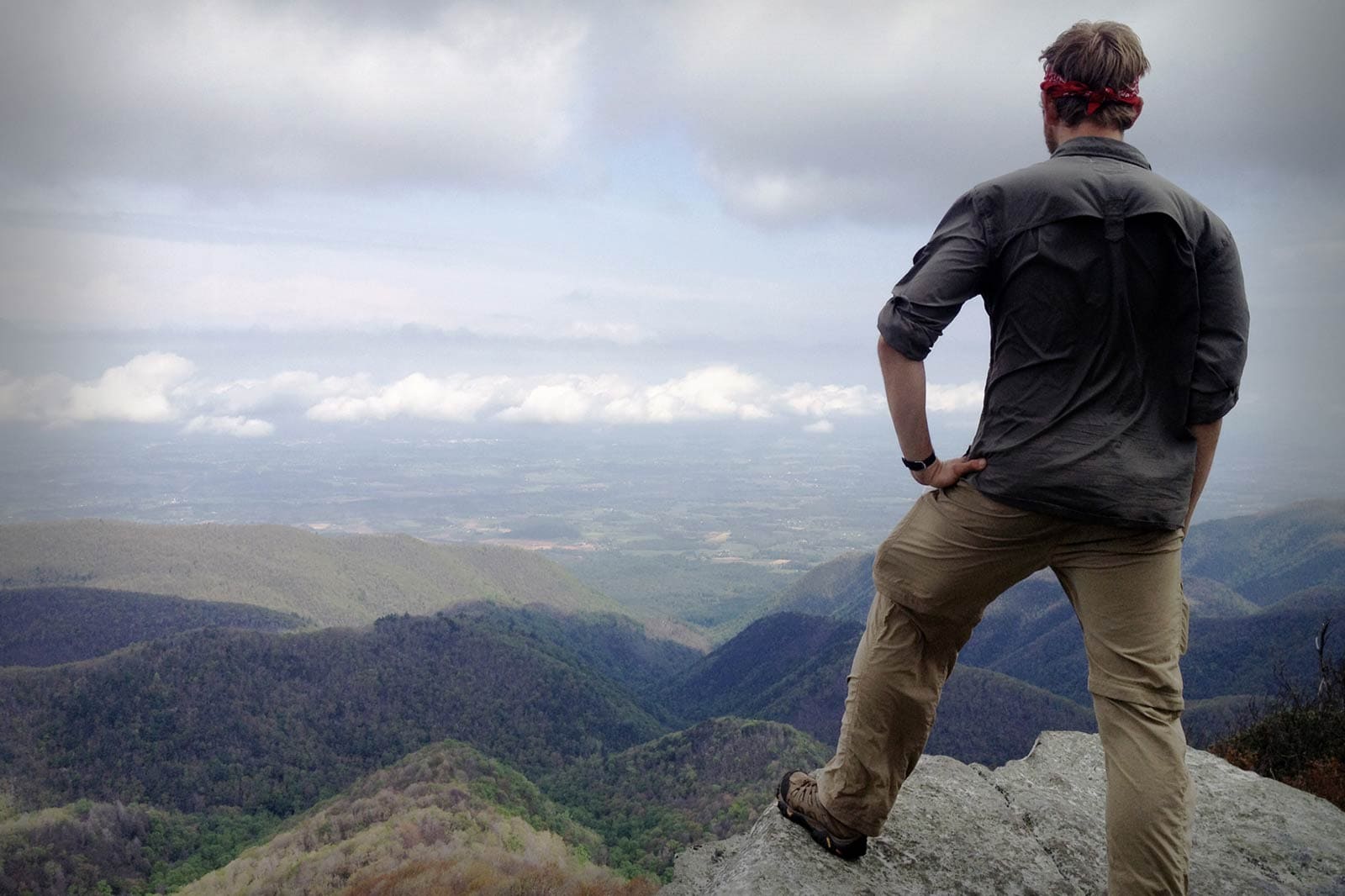 The longest, uninterrupted hiking-only route in the world, the Appalachian Trail snakes across a gargantuan 2,200 miles of the Eastern United States. Bookended by the peaks of Springer Mountain in Georgia and Mount Katahdin in Main and passing through 14 states, it’s one of the few routes you can hike for an entire season.

Because of that size you’d be best picking a specific section to tackle depending on what kind of landscapes you’d prefer – be that lowland forests in the south or sub-alpine regions in the north. One thing you have to bear in mind is, well, bears. Make sure you’re prepped for a potential (if unlikely) encounter. 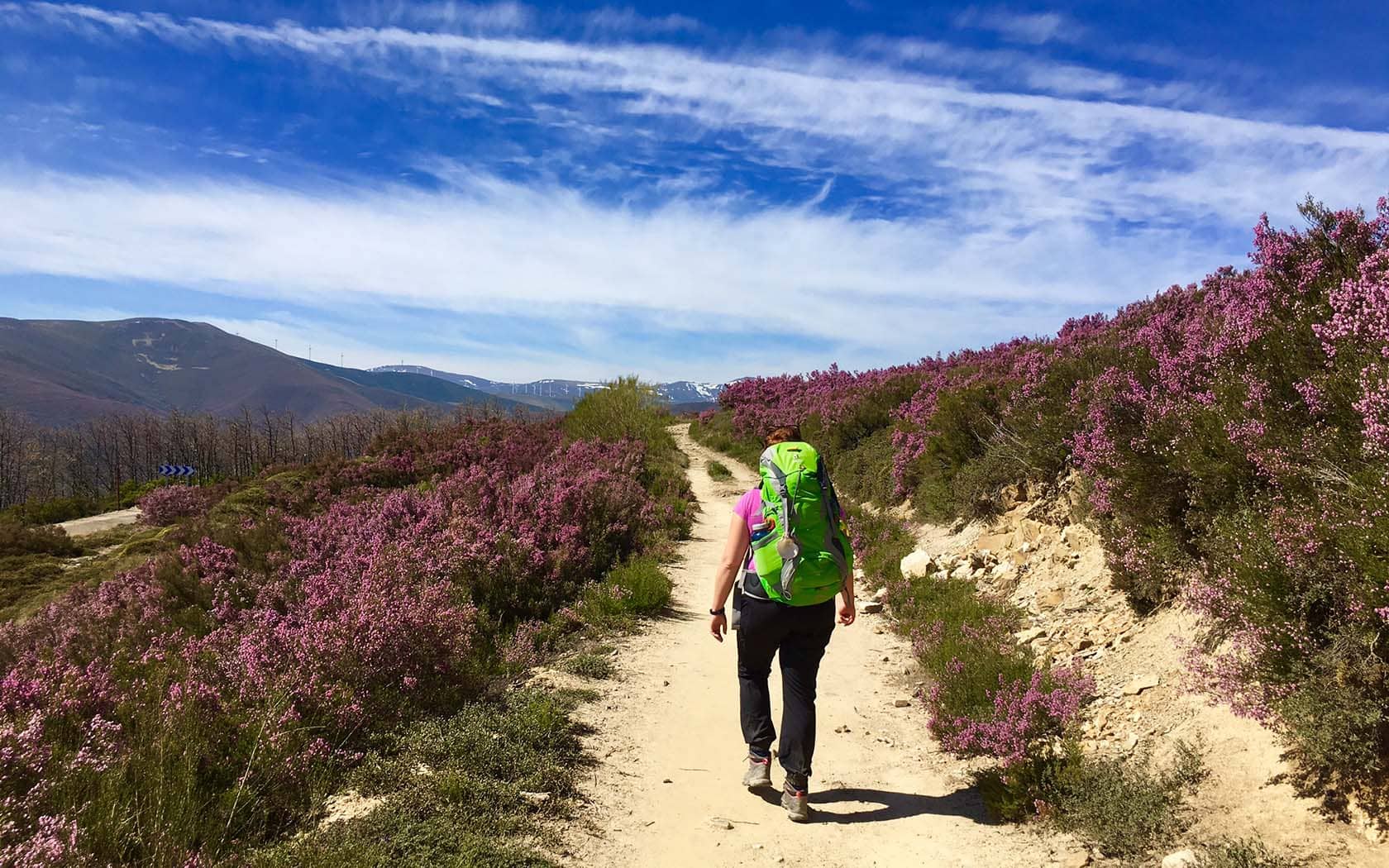 A network of trails more than one specific route, Camino de Santiago traces a network of medieval pilgrim routes to the grace of St. James at Santiago de Compostela. The most popular route however is the Camino Francés, which begins just under 500 miles from Santiago in Biarritz, France.

Incidentally, this route is the inspiration for Martin Sheen’s 2010’s The Way. A relatively easy walk, it traverses the Pyrenees, heading down into the Rioja wine region before levelling out to the gently rolling hills of northern Spain and finally to Santiago de Compostela. Hugging the cliffs of the Southern Ocean, this Aussie trail is one for the surfers. The 150-odd miles of snaking coastline stretches between the Victorian towns of Torquay and Allansford via Lorne and Port Campbell. The route offers waves like nowhere else, waves that have carved out chunks of iconic scenery like the famous limestone pillars dubbed 12 Apolstles.

It takes you through the Great Otway National Park where you’ll come across tree-fern gullies and eucalypt woodlands – meaning plenty of Koalas and local Australian wildlife. You can even take a break from walking to paddle with a Platypus or run for your life from an emu. 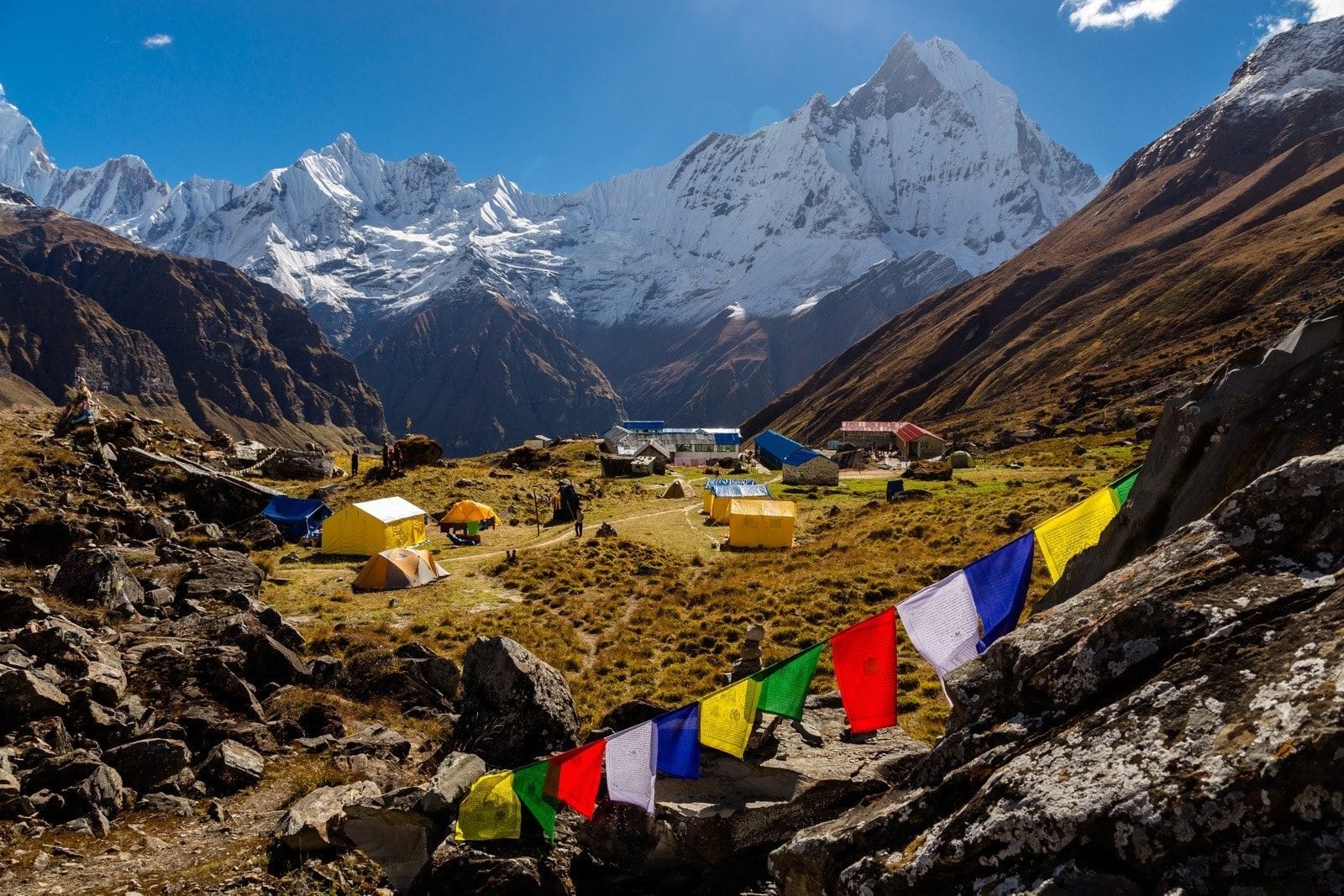 Even if you’re not ready to tackle the deadliest peak in the world (admittedly less deadly thanks to one Nims Purja; more about him on page 38), this route through Nepal offers dramatic views across six of the world’s tallest peaks. It’s not an easy hike by any means as it encircles the Annapurna Massif itself, crossing two different river valleys. Routes vary between under 100 miles to nearly 150, but it’s generally a circular route starting at Besisahar. Most routes however will stop by Poon Hill, and for good reason.

If there’s one view that encapsulates the rugged beauty of the Himalayas, it’s from there. Most hikes on this list you can tackle yourself, but for the Annapurna Circuit you’ll want a guide and potentially porters. The height can go from 760m at Besisahar all the way up to over 5,400m at Thorong La Pass and if you’re not accustomed to the altitude it’s going to be especially hard.

The Pilatus PC-12 and PC-24 can make your dreams of a quick trip across the globe a reality...