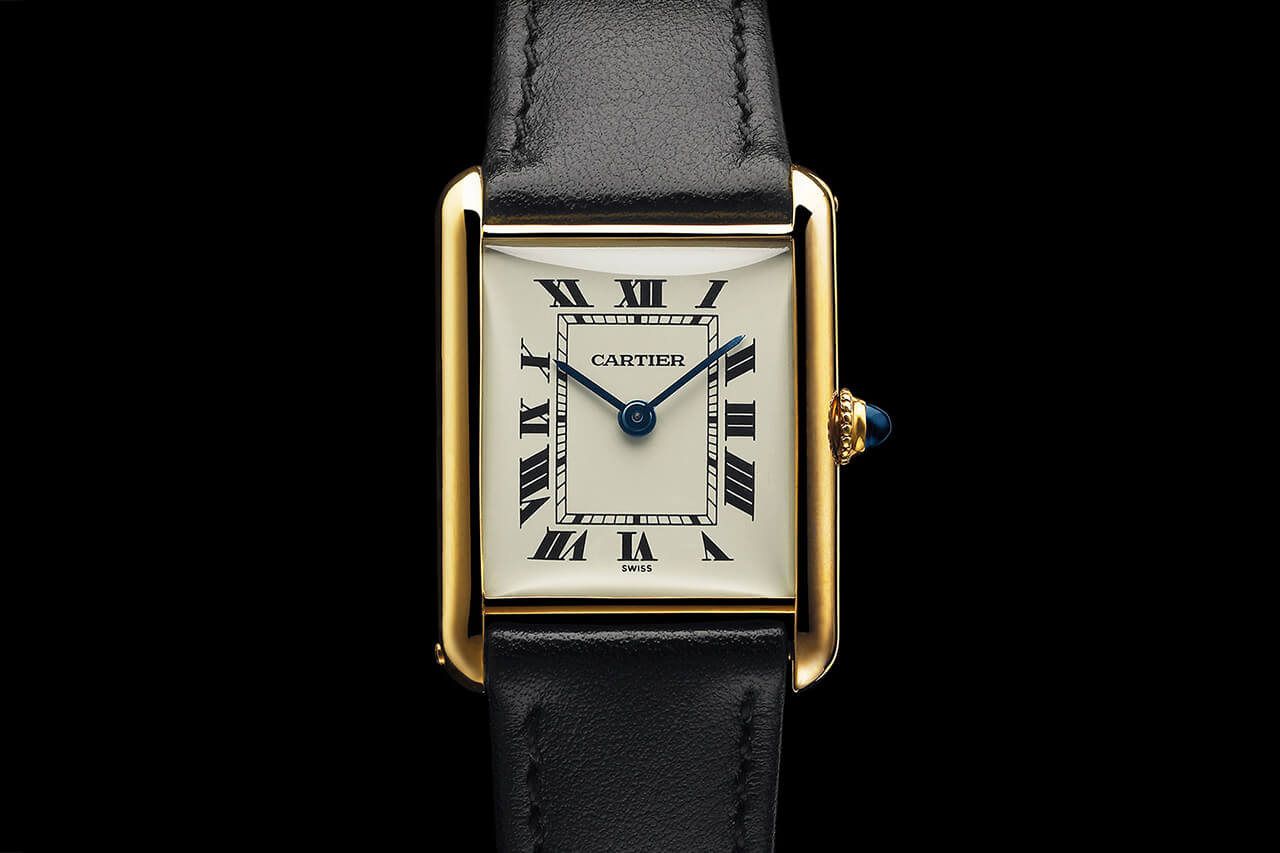 The very definition of a classic, the Cartier Tank was first created back in 1917, it’s rectangular shape coming directly from the Renault tanks of World War One. Fortunately it’s a good deal more elegant than those shambling chunks of metal and, with its timeless, sophisticated design, has lasted a lot longer.

Yet while it may be the archetypal rectangular watch, it’s not the only one. Circular cases may be the standard, but there are plenty of watchmakers big and small that have taken the more rigid, geometric approach to horological design.

So whether you’re looking for something more affordable or just a little different, here are five alternatives to the Cartier Tank.

Any time you’re looking for a mainstream, affordable alternative to a classic design, Longines should be your first stop. The Swiss watchmaker has an impressive array of pieces ranging from military and pilots to dress watches like the La Dolce Vita. Pretty much a 1-to-1 switch for the Tank, it has the same classical dial and slanted Roman numerals, a very similar case shape and art deco touches to the dial. On a handsome two-tone bracelet, all it’s really lacking is the sapphire cabochon. 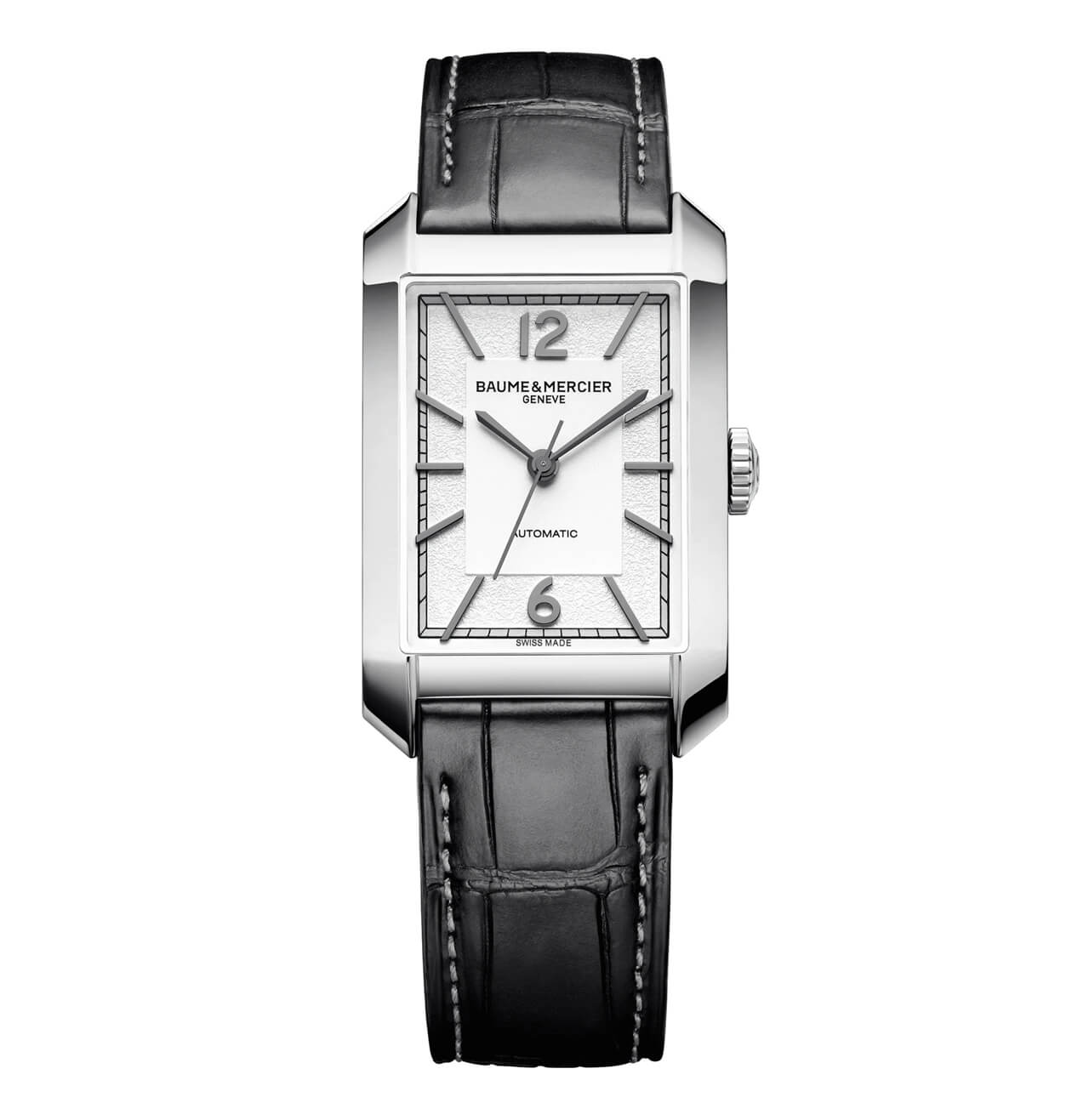 Baume et Mercier’s 2020 ode to Art Deco is a bit more contemporary than most, relying on the innate geometry of their more muscular rectangular case to carry the theme than anything as archaic as Roman numerals. The result is a sleek, monochromatic riff on the formula complimented with a subtly grained silver dial. Underneath is a solid ETA 2671 automatic movement, nicely decorated through the exhibition caseback. All in all the Hampton is a solid, well-priced option. 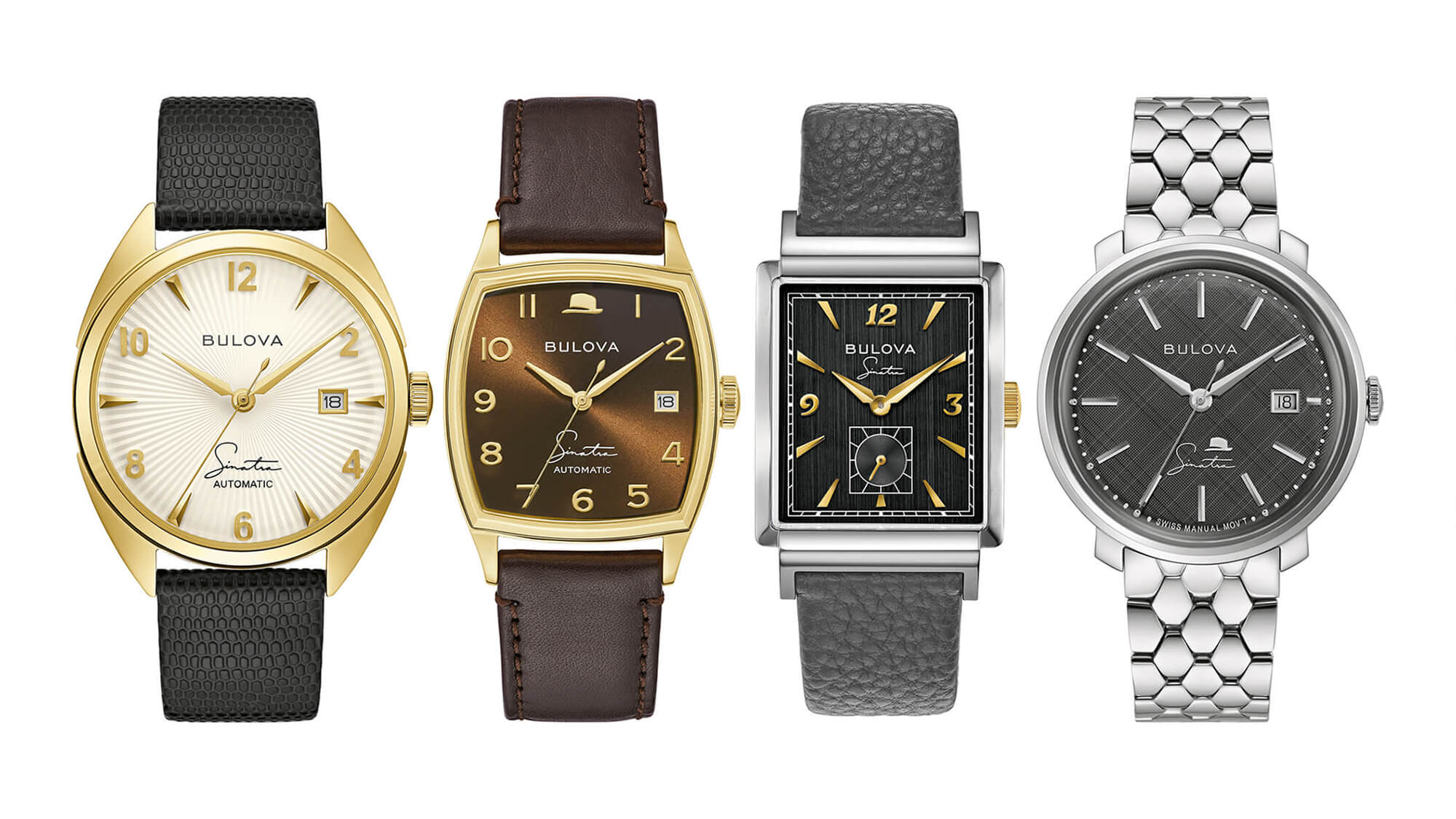 There are a lot of musical tie-ins in the watch world, but Bulova’s goes back way further than most, right to the Frank Sinatra Show, of which they were the lead sponsor. Flash forwards to today and Bulova is highlighting their link to Ol’ Blue Eyes with a series of honorary pieces, amongst which is the rectangular My Way. Available in gold-tone or stainless steel, out pick is the latter thanks to the black brushed dial with contrasting gold indexes. Sure you need to like Sinatra to really appreciate it, but then, who doesn’t?

More details at Worn and Wound. 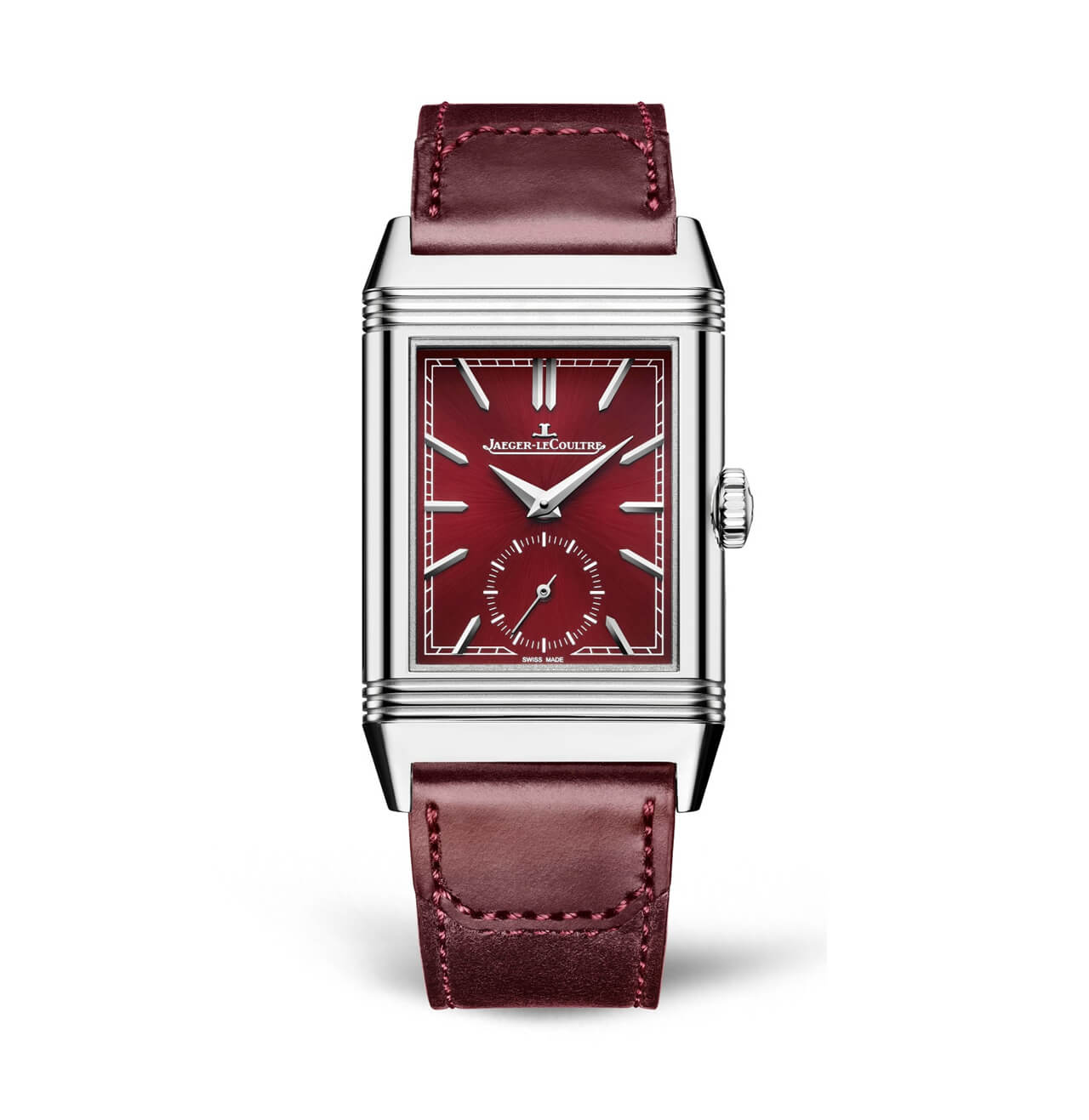 If money’s not the issue and you’re just after something a little different from the Tank, yet with the same art deco hallmarks then what you’re really after is the Reverso. Equally iconic in it’s own way, the reversible, polo-inspired timepiece has never looked better than in this lovely Bordeaux red version. If you’re looking for a final luxurious flourish, you can even get the plain steel back engraved, though why you’d ever want to hide that beautiful dial is beyond us. 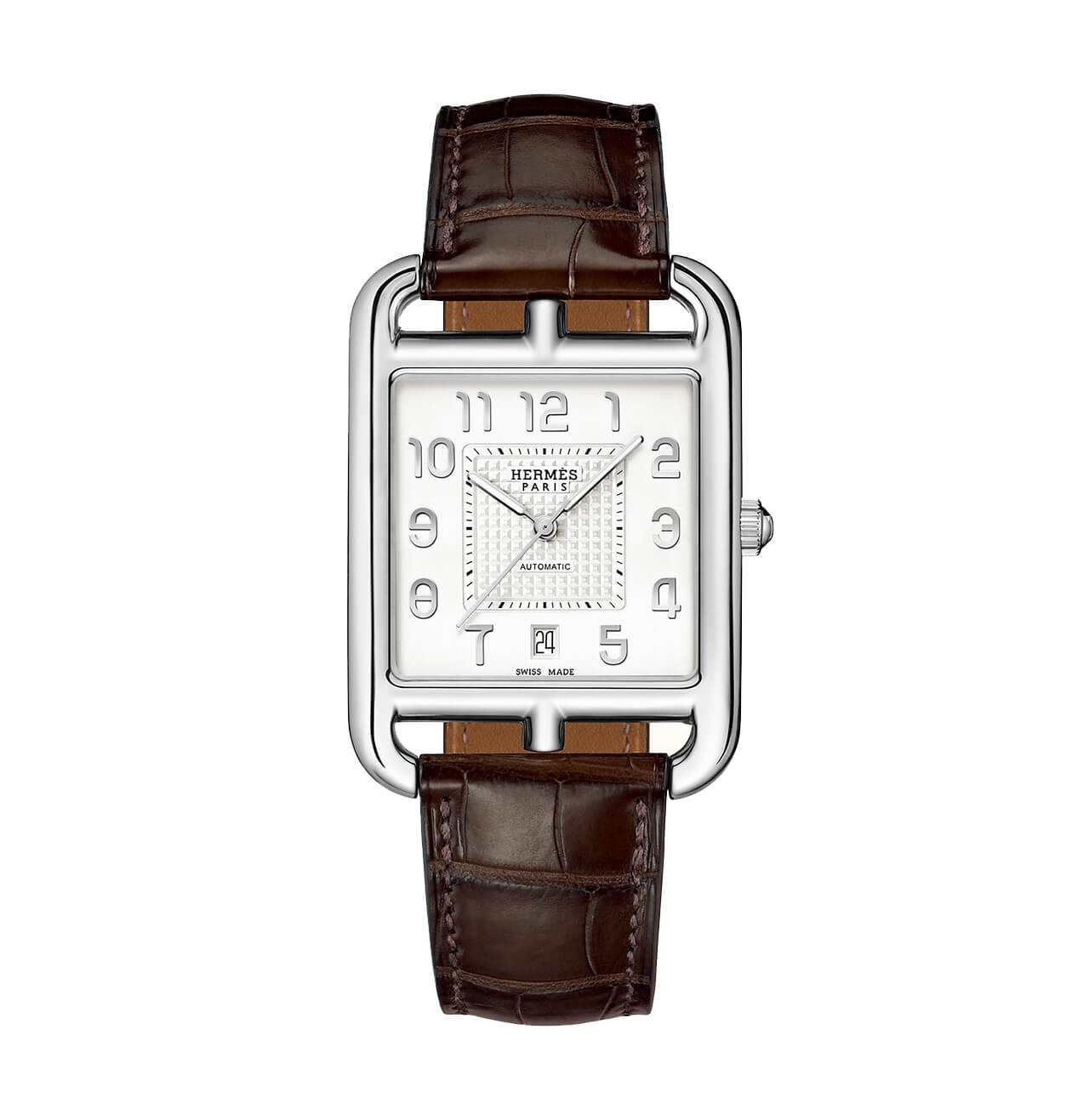 Parisian leather maestros Hermes may not have the same watchmaking provenance as Cartier, but they’re getting there. Despite being one of their simpler timepieces though, the Cape Cod is a charming take on geometric design, slotting a square dial intro a rectangular hole. This particular version underpins that playful quirkiness with a striking opaline dial, an automatic movement and, of course, a sumptuous Hermes leather strap.