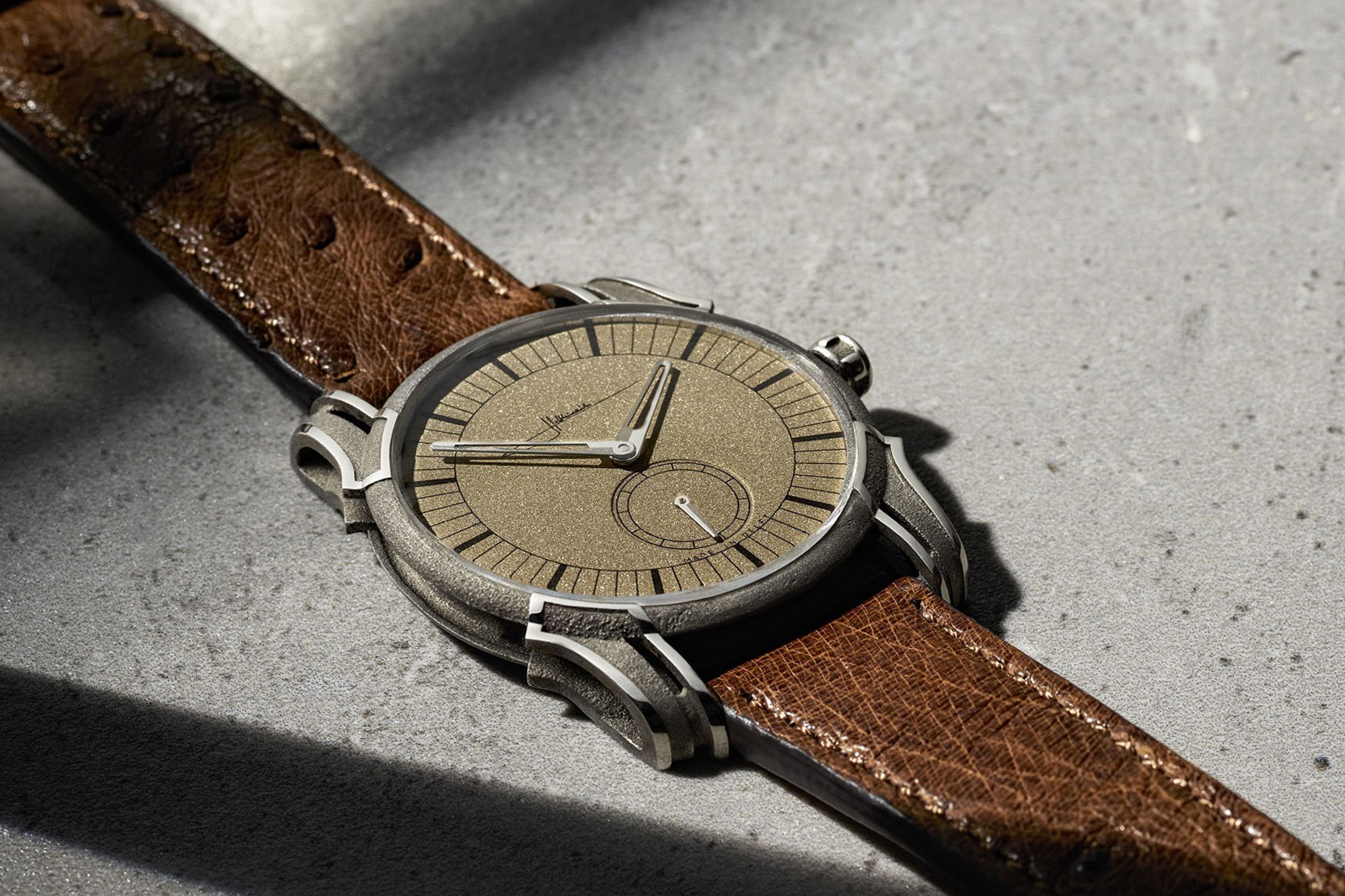 Watches have been produced the same way for hundreds of years, but Holthinrichs are leading an architectural-infused printing revolution 3D printing might just be one of the coolest techs around.

The idea that you can design something digitally that couldn’t be made by traditional means and proceed to have it automatically created in any material that springs to mind is a game-changer for the watch world. Or should be, anyway. 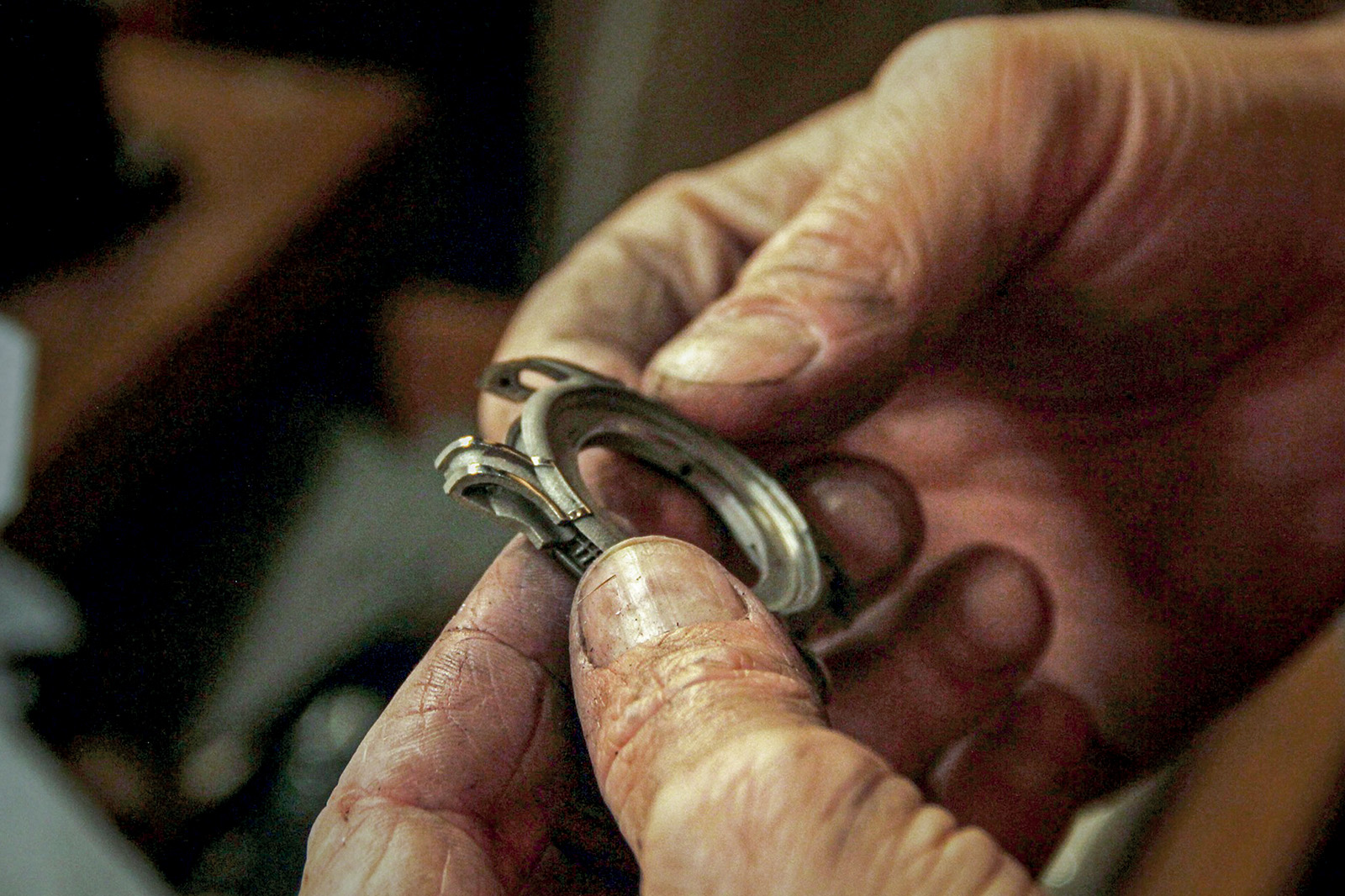 The horological world being what it is, most brands aren’t all that quick to embrace new production methods, 3D printing included. You might think there were good reasons; perhaps it’s too expensive or the results aren’t great. But then I’d point you directly to Holthinrichs.

The independent Dutch watchmaker have made a name for themselves not by offering exceptionally designed timepieces – though founder Michiel Holthinrichs certainly does that – but by 3D printing each and every case of his seminal timepiece, the Ornament. 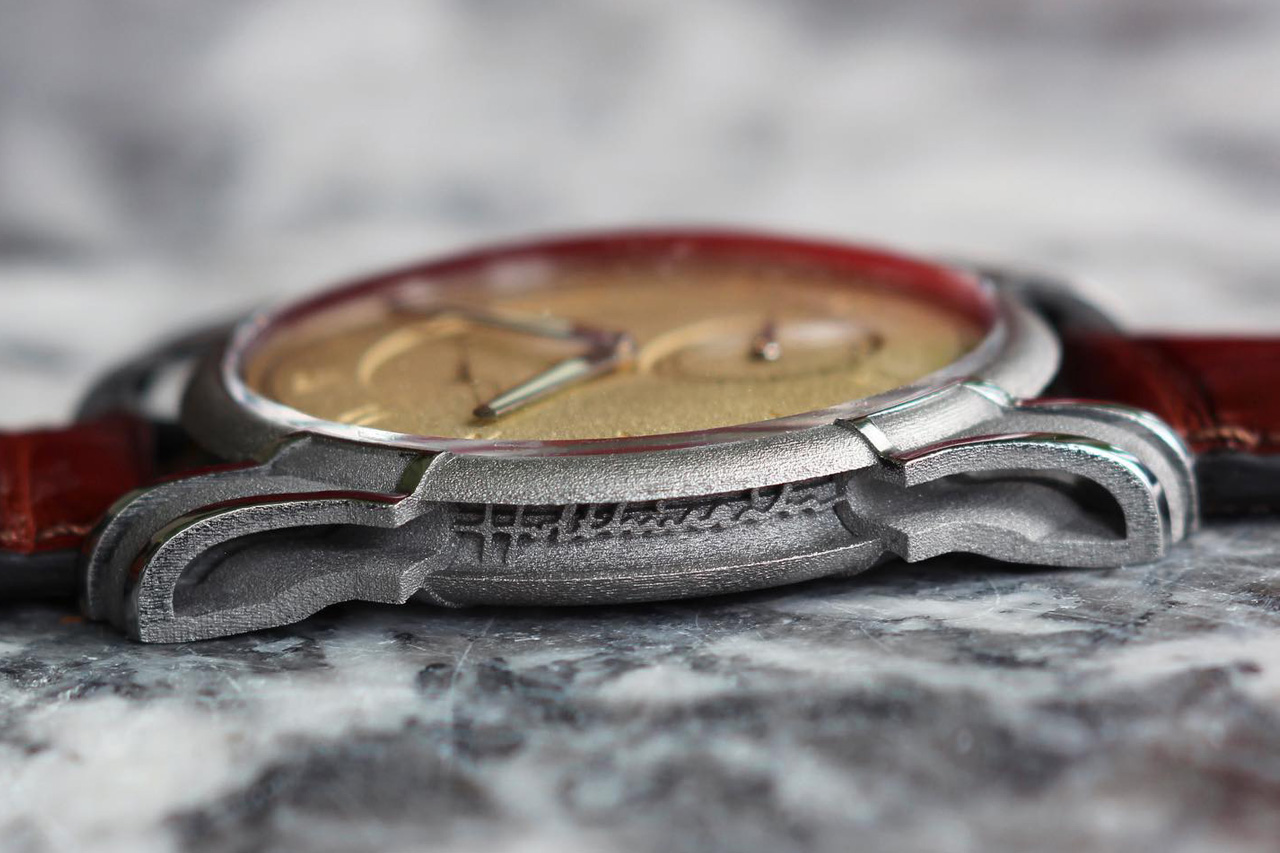 In practice, 3D printing allows Michiel an incredible amount of creative freedom when designing a watch. It allows angles and details that just wouldn’t be feasible or even possible in traditional watchmaking. Take, for example, the brand signature.

Rather than just sticking to the dial, you can find the name on the side of the case with more depth and character than something like engraving would ever allow – and that’s all before you get to the concrete finish on something like the RAW Ornament. 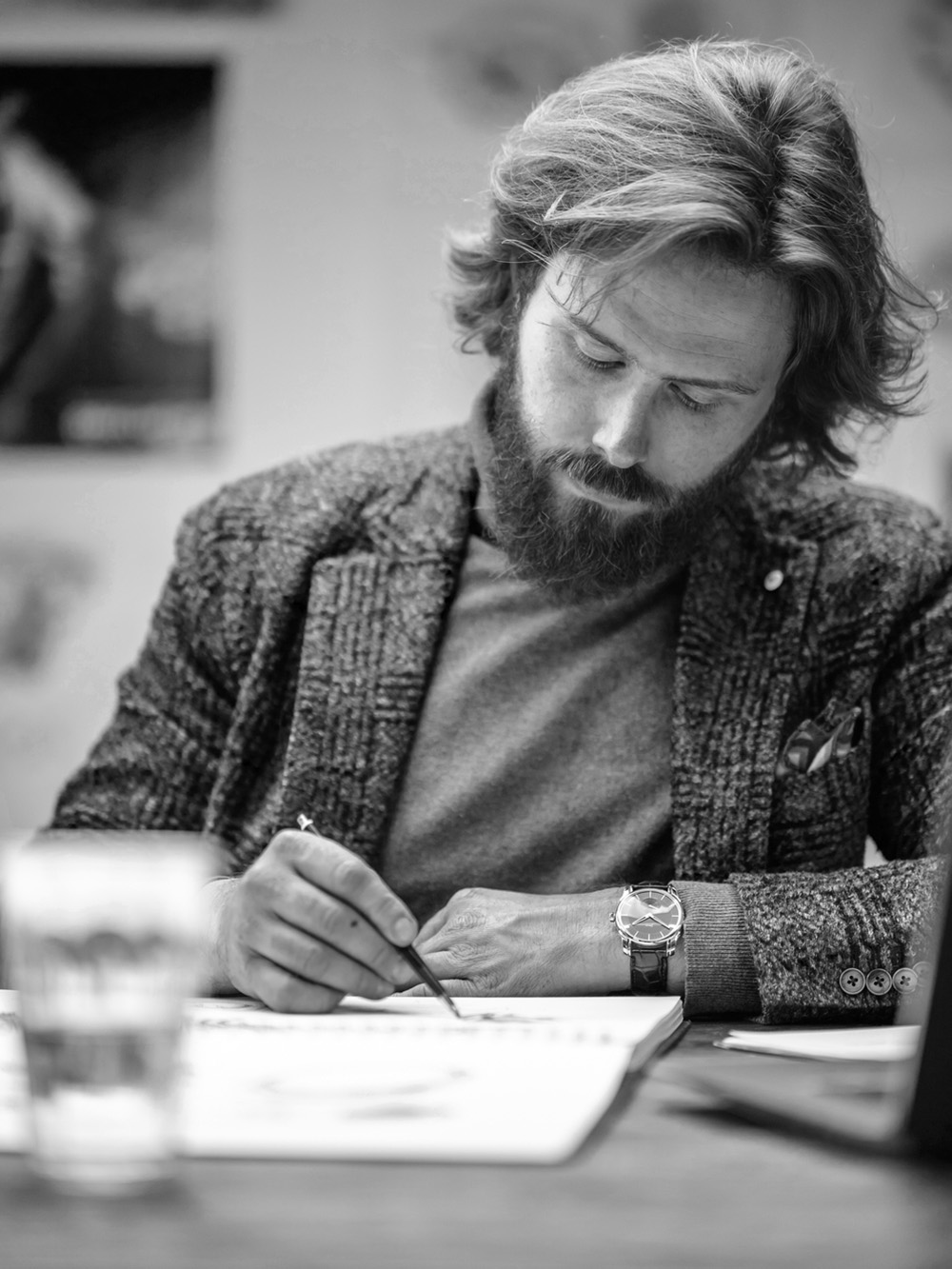 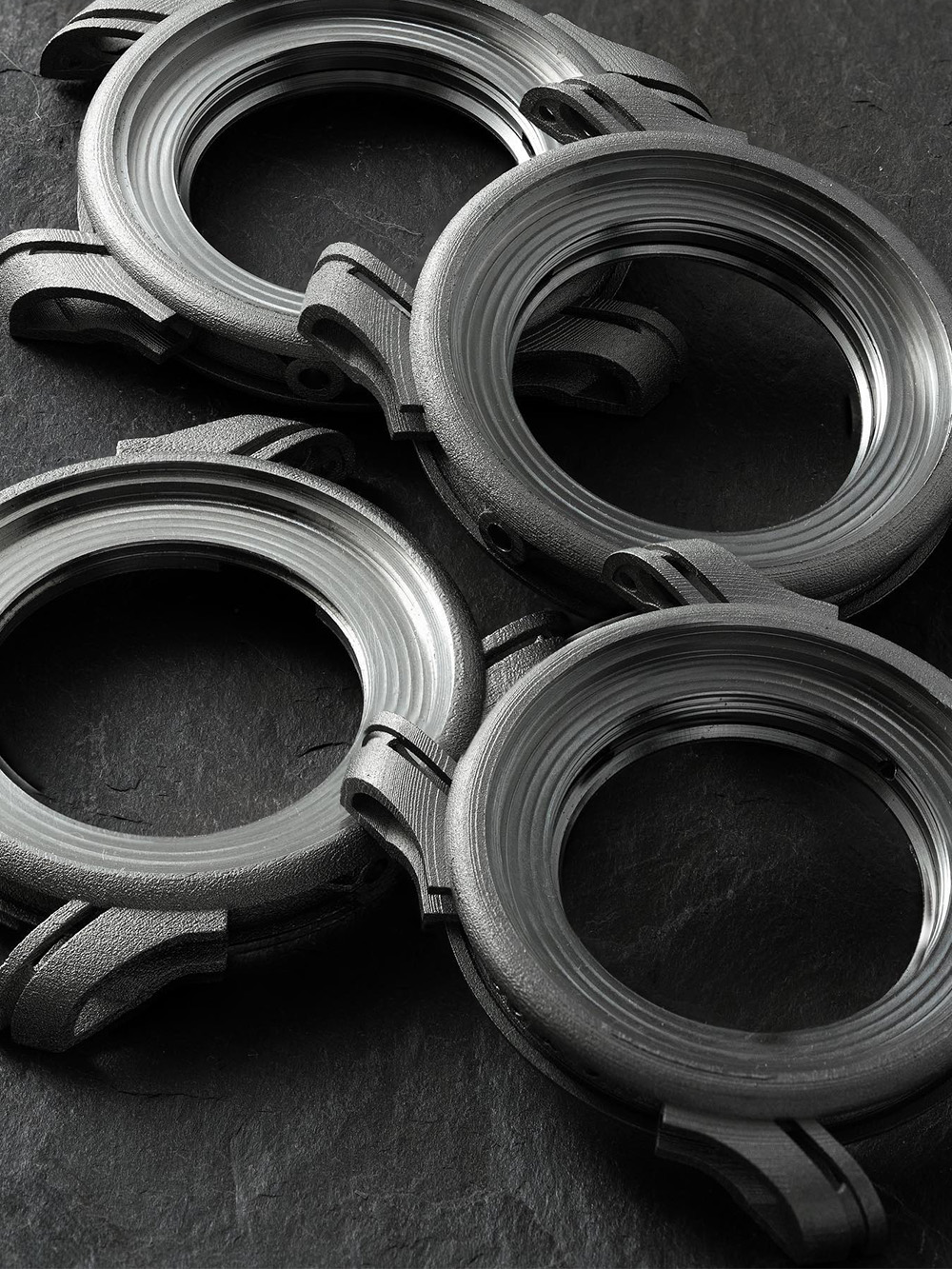 The proportions of a Holthinrichs case simply don’t look or feel like a traditional wristwatch. The layers to the case, the incredibly intricate lugs, the recessed sides, it’s an architectural marvel. Honestly, it shouldn’t come as a surprise that Michiel was indeed an architect before diving headfirst into horological obsession.

Dial-wise, the Ornament keeps things relatively restrained, the hands are skeletonised, but otherwise it’s a cool small seconds layout that balances modernity with classicism. The proportions are balanced, elegant and make for the kind of dress watch you can wear all day without looking like you’re overdoing it. The dial of the new Liminality however is another matter entirely. 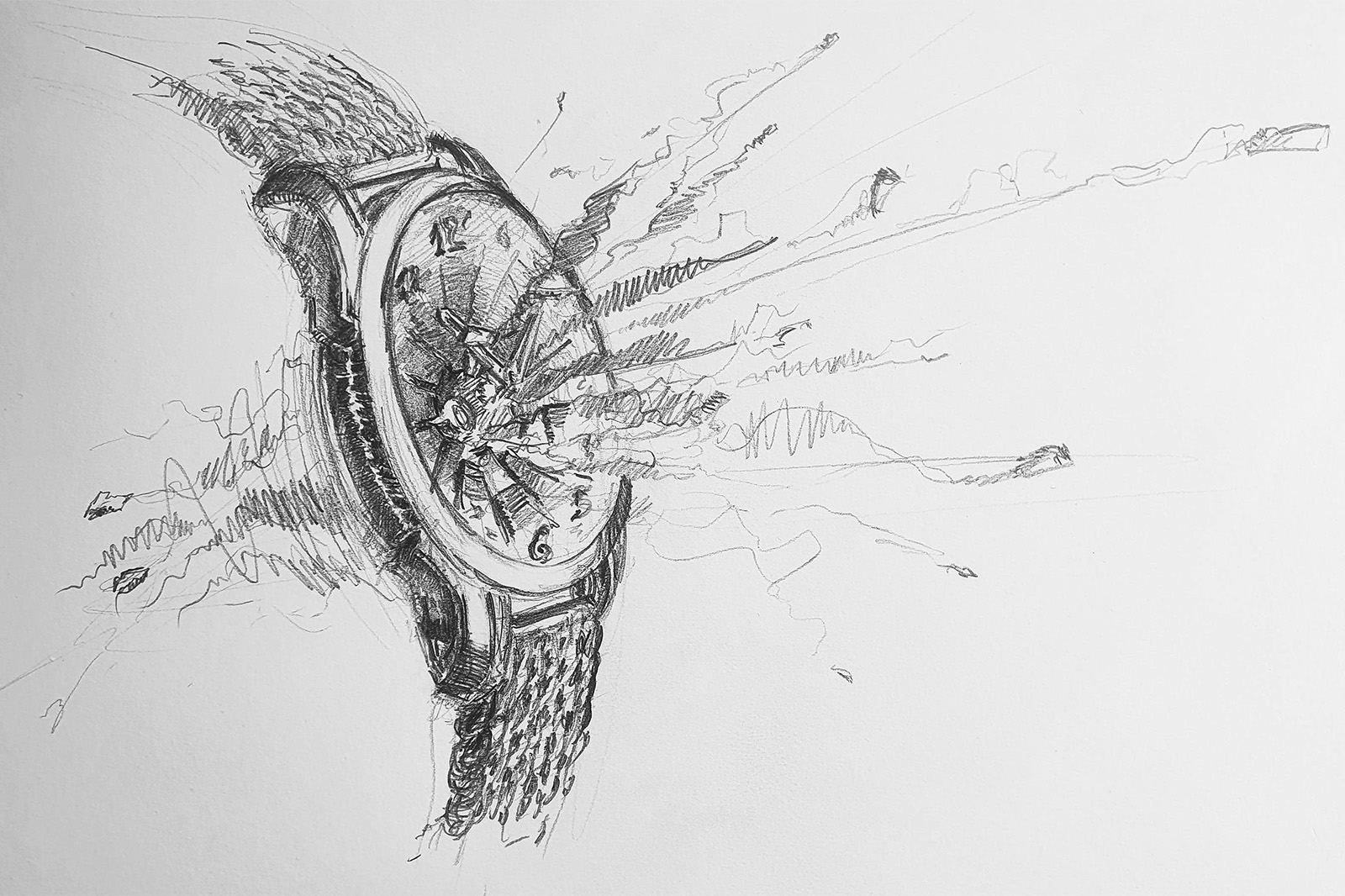 Named after a state of transition in life, the Liminality’s dial has a lot to unpack. Looking like a shattered golden plate with the movement visible at the site of impact, it’s set with diamonds and deep  fissures emanating out.

It’s an absolutely insane piece of craftsmanship, like a modernist painting from the cracked psyche of a tortured artist. Fitting then, that a portion of the proceeds (5% to be precise) will go to Dutch humanitarian charity Wereld Psychologen, which provides psychological aid to first responders and refugees. 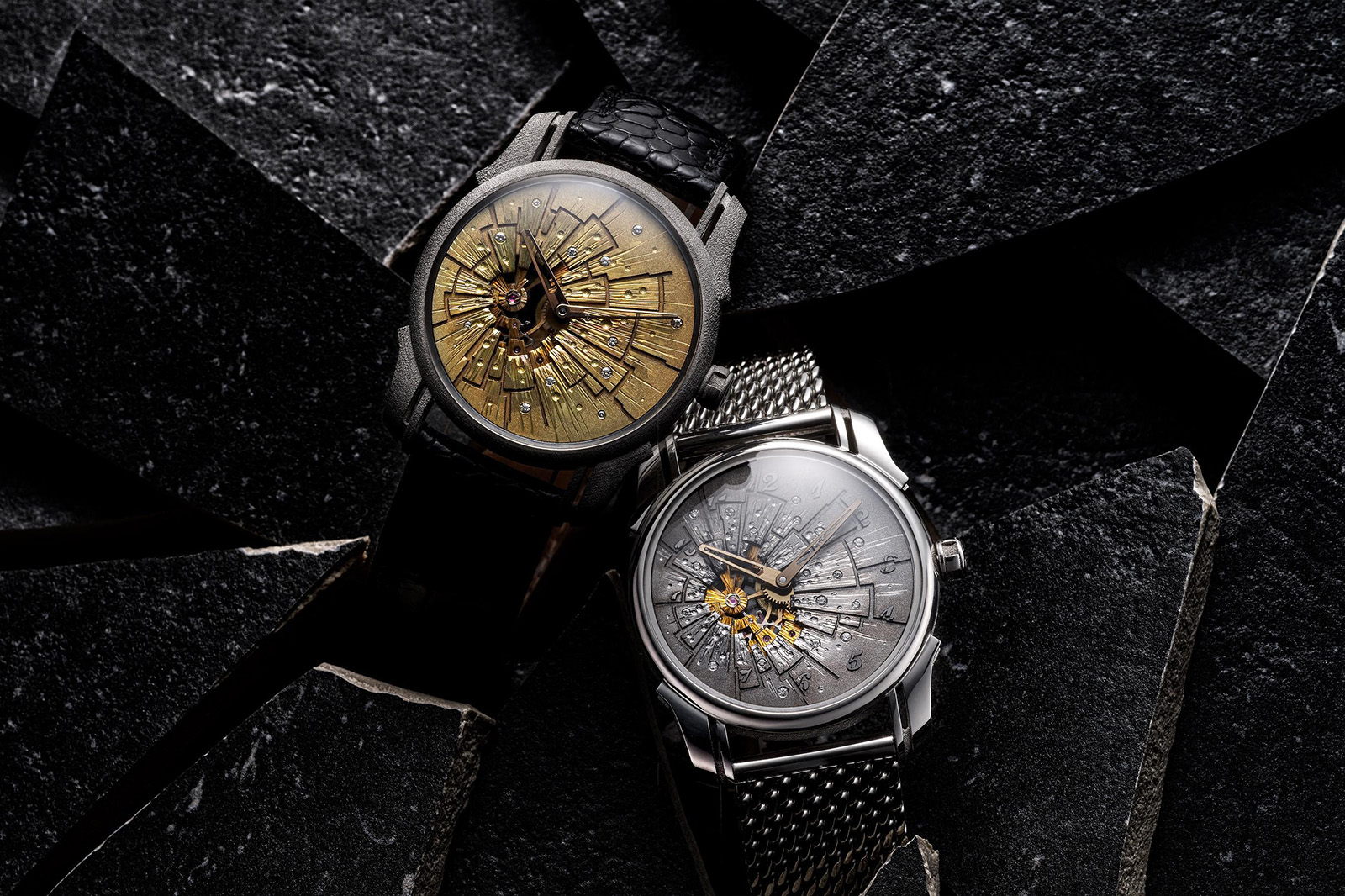 Inside the Liminality – and all Holthinrichs watches – is the hand-wound ETA/Peseux caliber 7001, though finished in-house to the kind of obsessive degree you might be expecting by now. Nothing 3D printed of course, but beautifully executed, nonetheless. There’s always a chance we’ll see an in-house calibre from the brand in the future, but it’s hard to complain about what’s there currently.