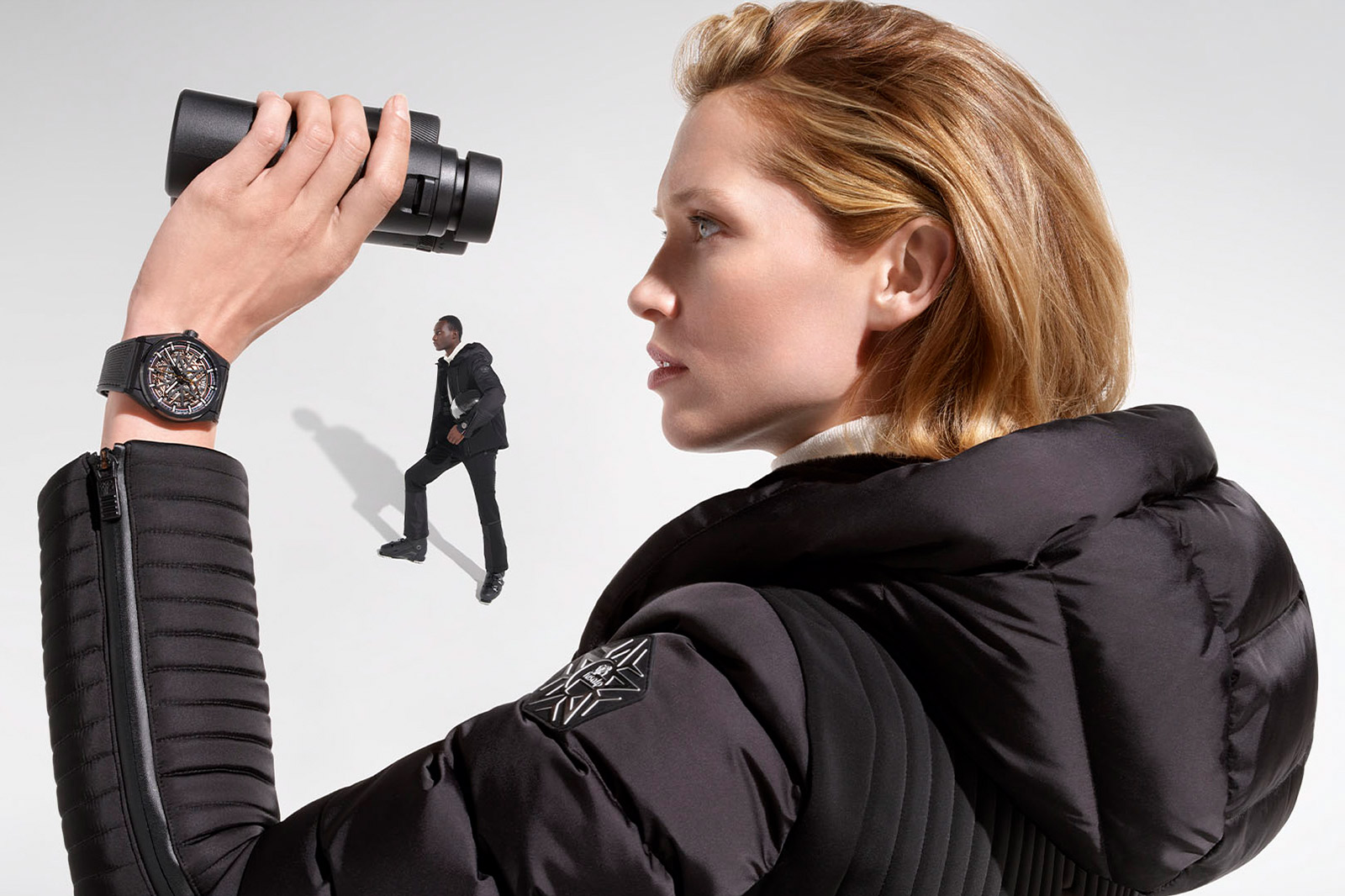 Zenith have collaborated with the luxury ski wear specialists Fusalp to create a watch and apparel capsule collection that celebrates the alpine region from either side of the Swiss French border. At the heart of the new collection is a limited edition watch called the Zenith Defy Classic Fusalp, which is joined by a full suite of ski clothes.

As a part of the Defy Classic range, the Zenith Defy Classic Fusalp has a 41mm case with a skeletonised dial. The case is particularly nice because it’s made from high tech ceramic, an incredibly tricky material to work with but whose durability, scratch resistance and light weight make the effort worth it. They’re all attributes that help it to excel in the sporty-chic world of skiing. 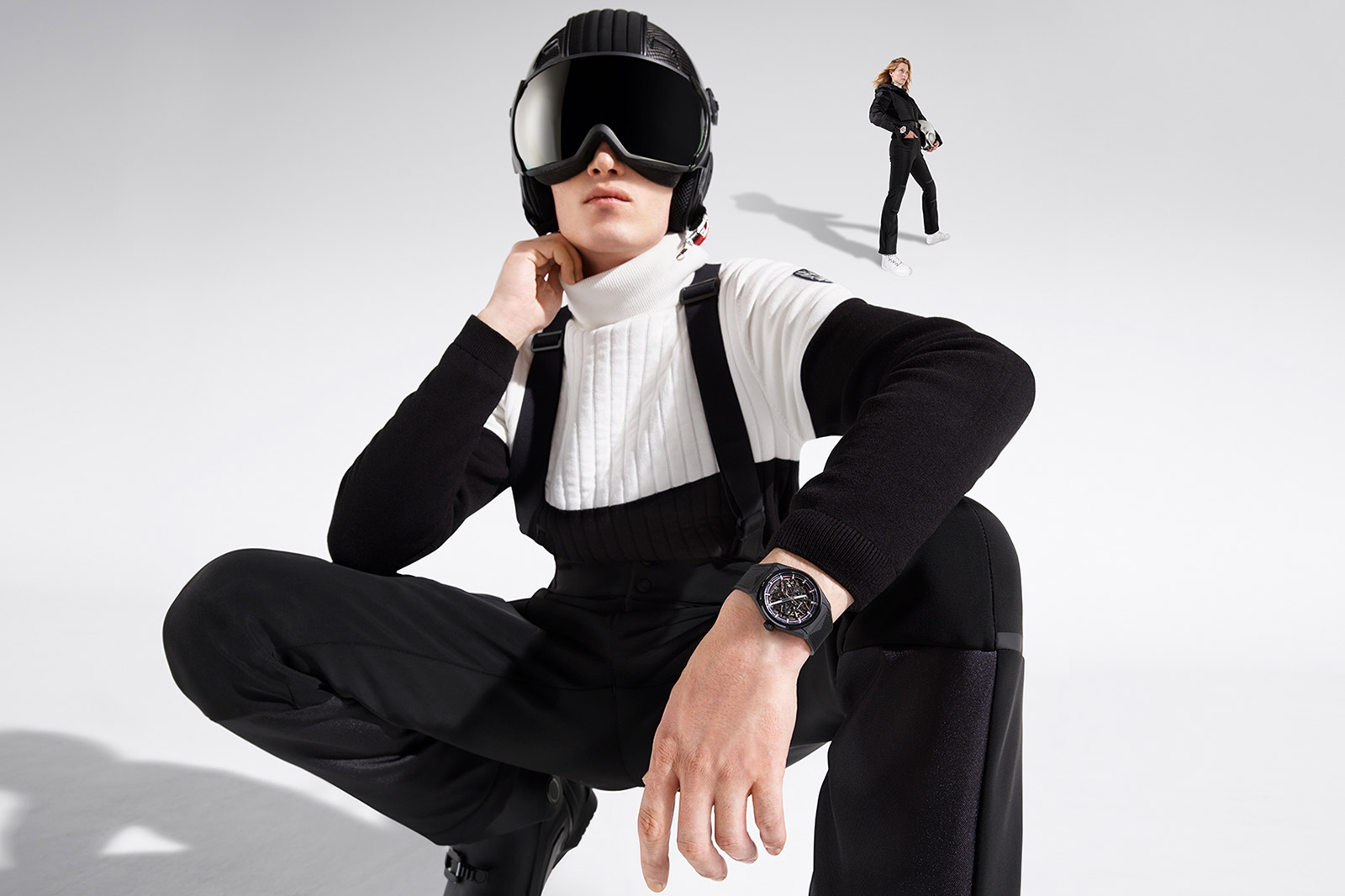 There are actually two versions of the watch available, one in white ceramic and the other in black. Both pair superbly with the monochromatic colour scheme of the accompanying Fusalp gear. One thing to bear in mind though is that the white edition is limited to 100 pieces while the black is limited to 300. 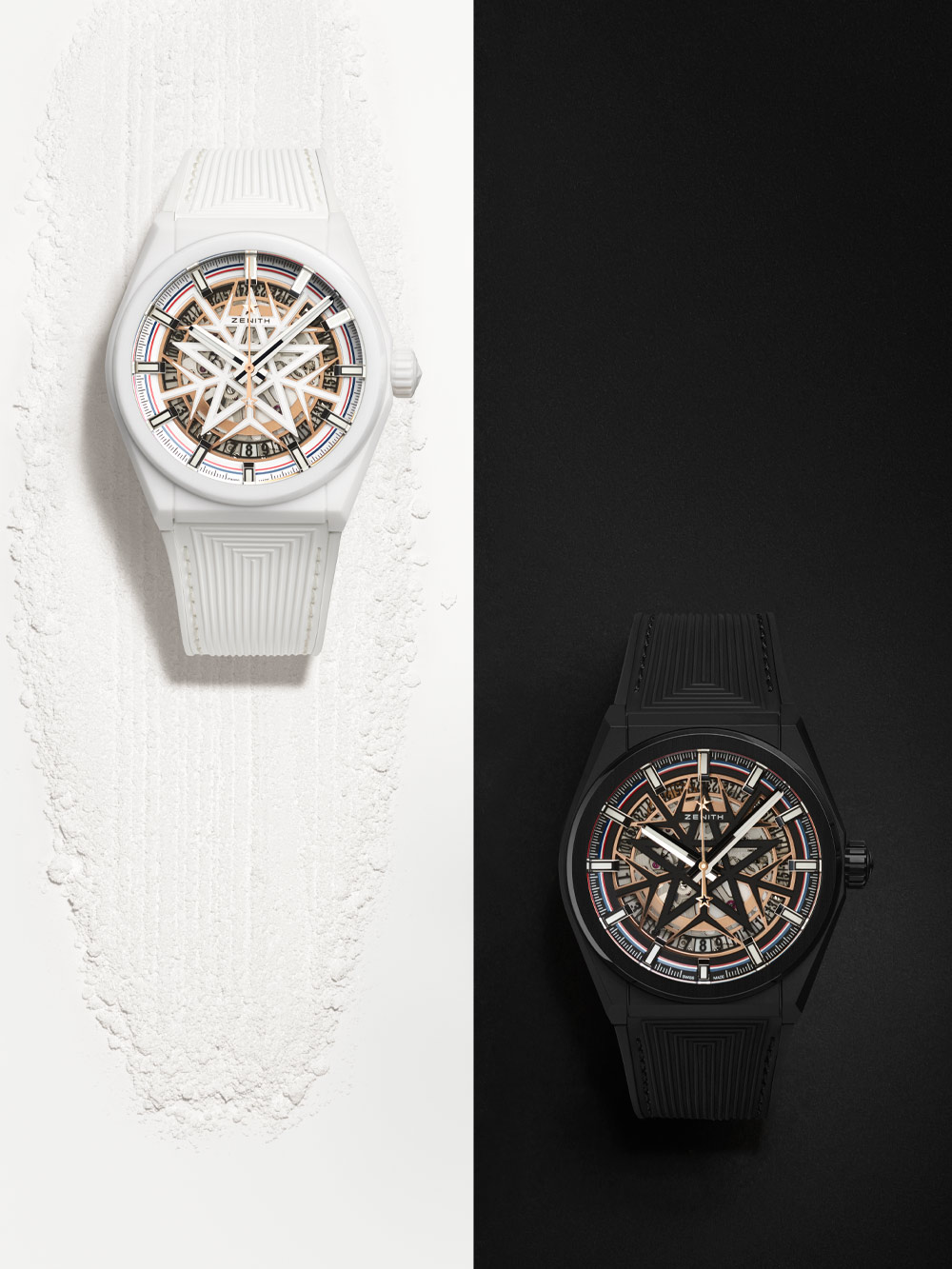 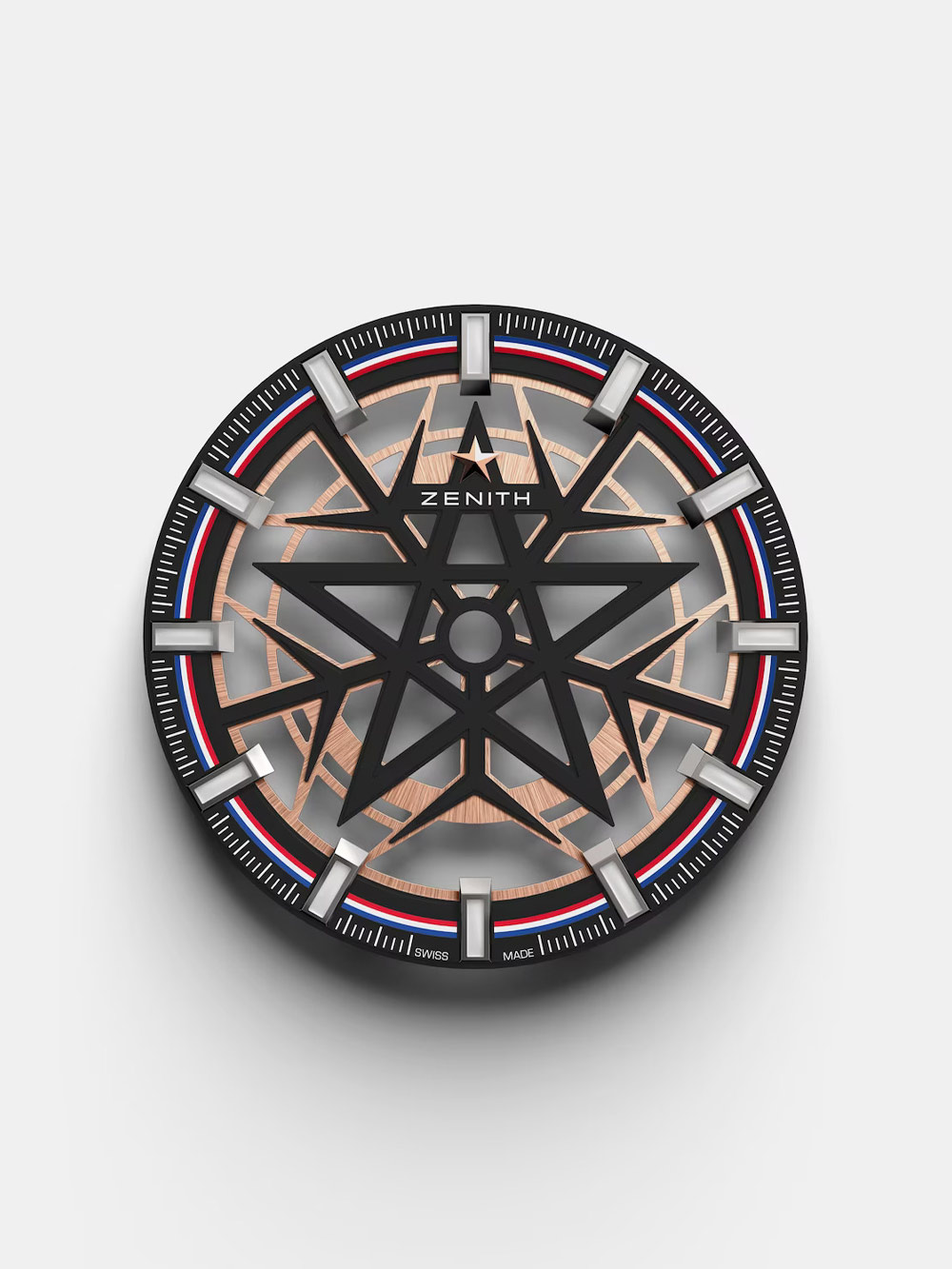 For the skeletonised dial, Zenith wanted to find a way to combine the traditional star-shaped pattern of the Defy Classic with the core identity of the Fusalp brand. Fusalp was founded in 1952 (recently celebrating their 70th anniversary) as a premier French ski brand and have gone on to produce a wide range of luxury and ready to wear ski apparel. Most notably they were the innovators behind the development of the ski suit, a piece of gear that was quickly adopted by the French Olympic squad and which allowed them to dominate in 1966.

Keeping all this in mind, Zenith have added the colours of the Tricolour flag to the peripheral hour and minute track as an homage to Fusalp’s heritage and have fused the star-shape of the skeleton dial with a snowflake. At first you almost don’t notice the snowflake because you’re so used to seeing just the star, but once you see it you can’t unsee it. 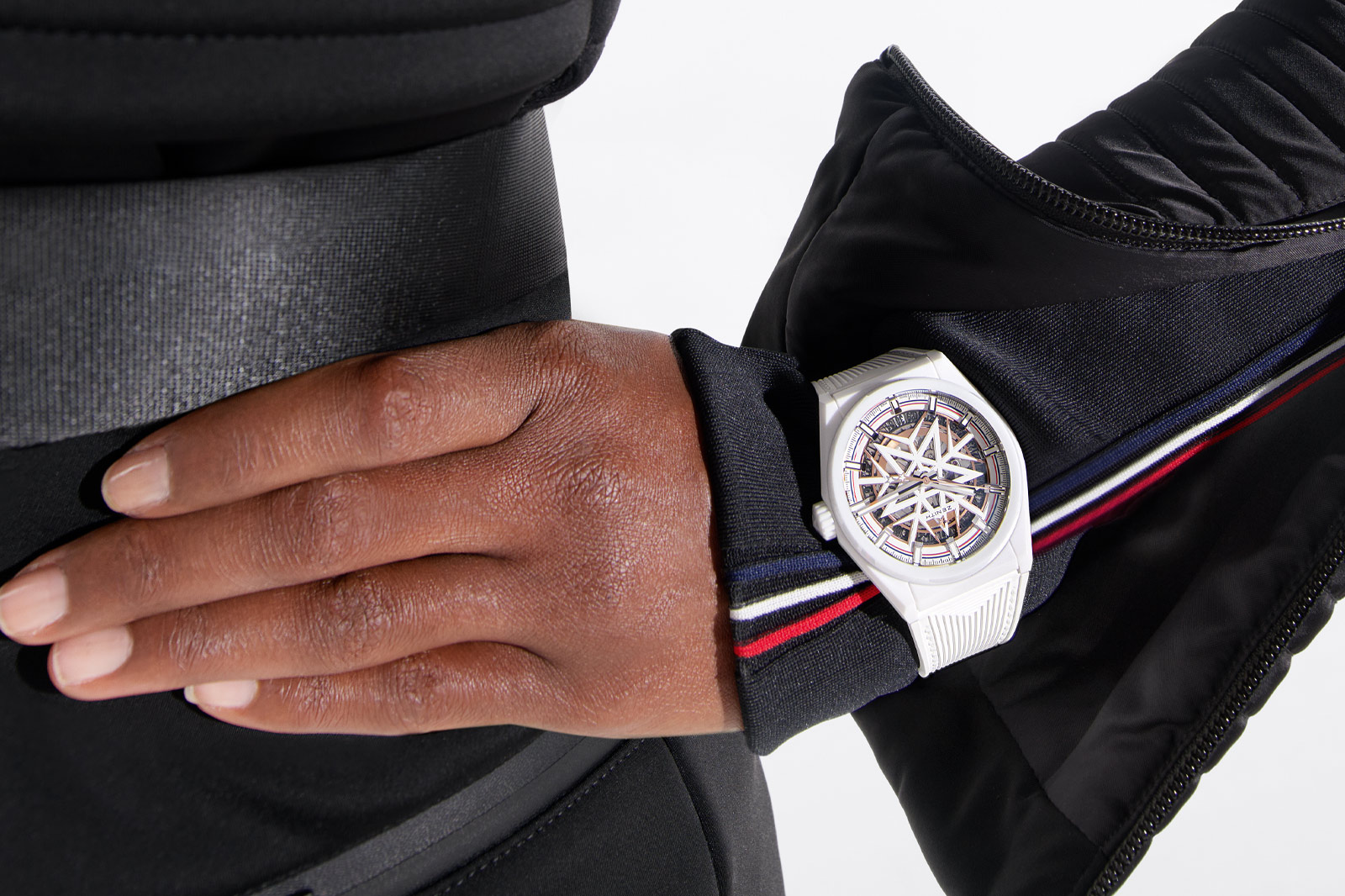 The movement seen through the skeleton dial is the Elite 670 automatic with 48-hour power reserve. It’s on the simpler side of Zenith’s horological range, featuring only time and date. However, with the stylised dial, anything more would over-complicate the design and lose definition. Its current format makes it equally suitable on the slopes and at the chalet fireside. 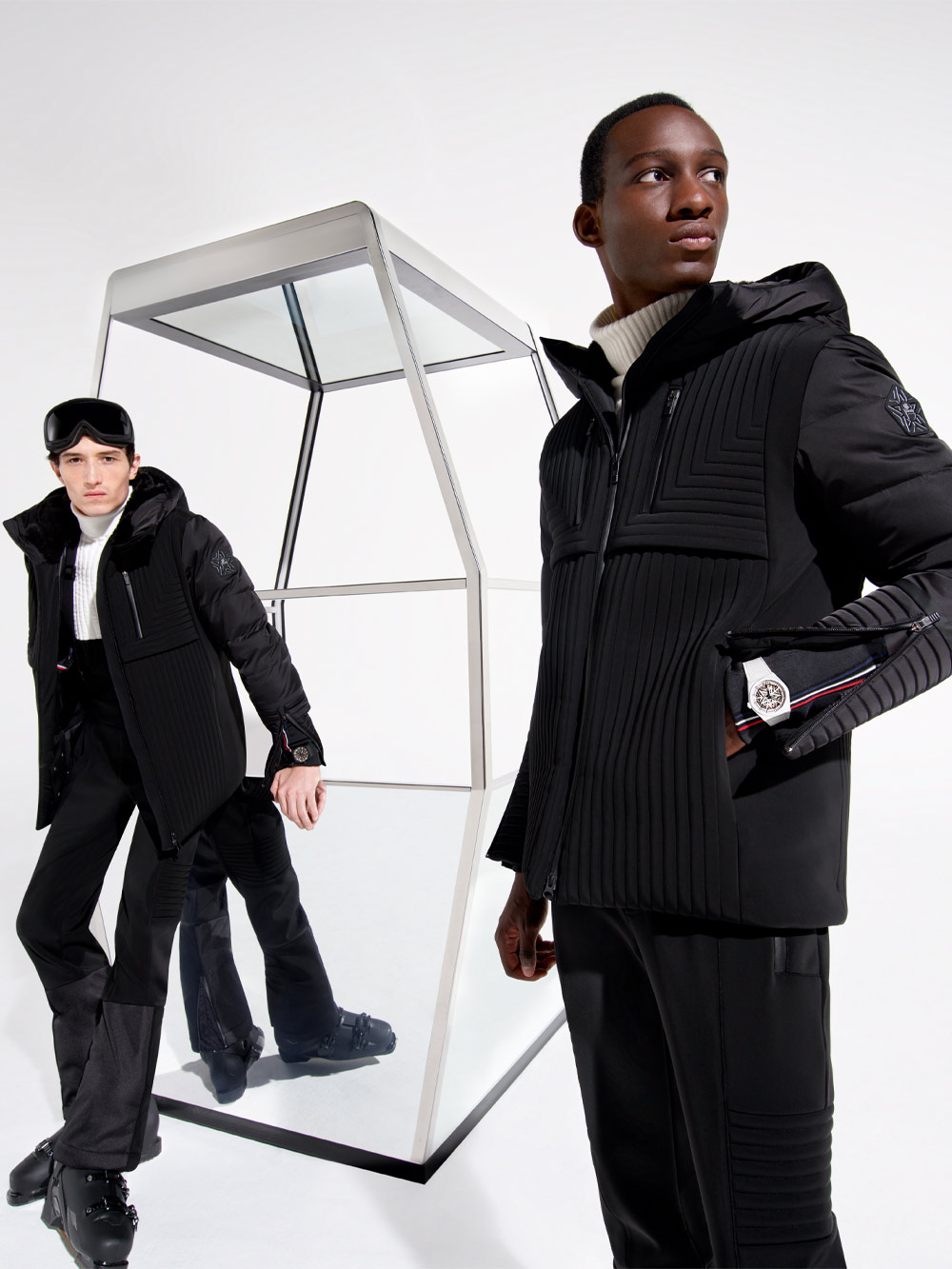 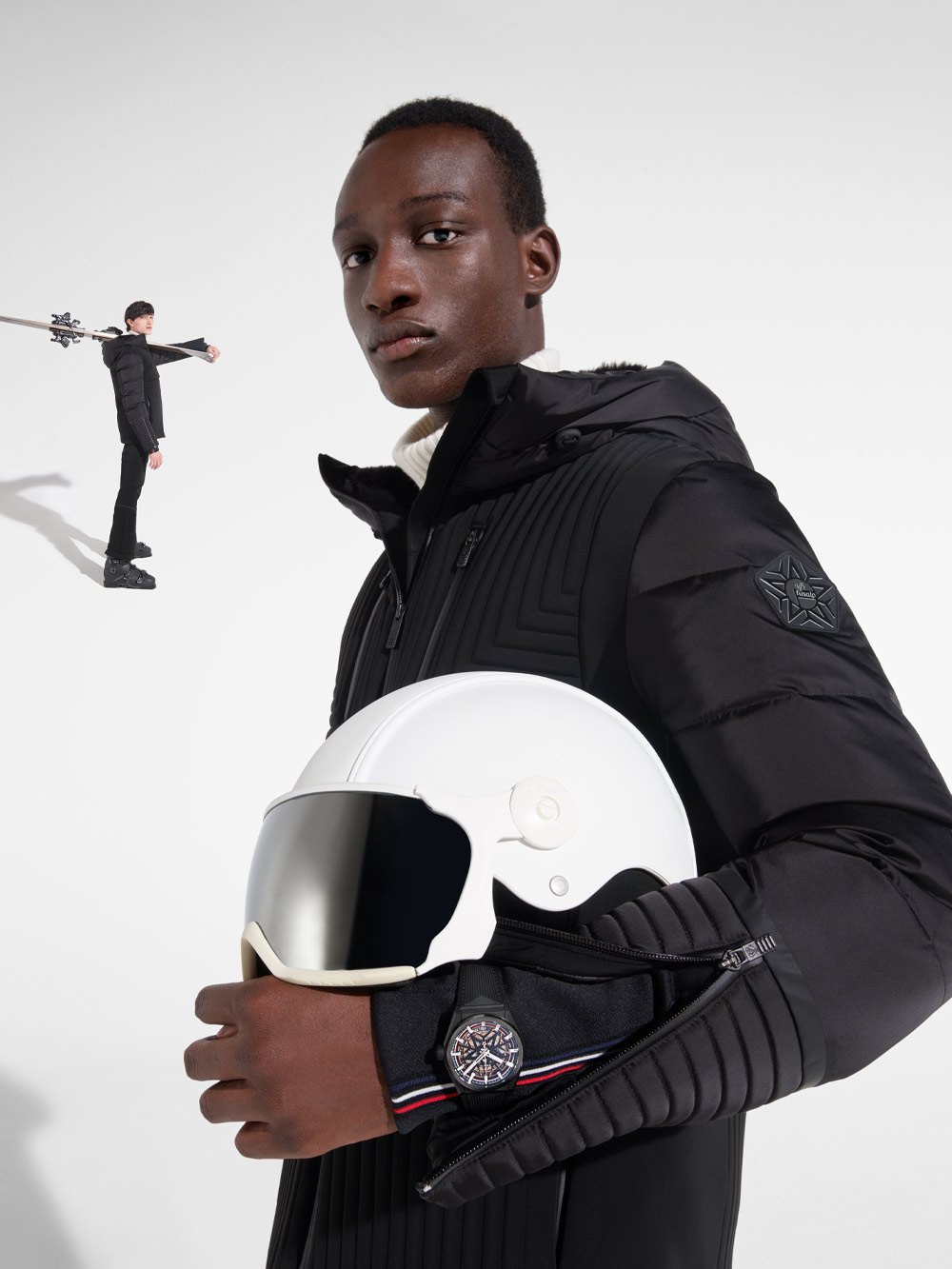 As a watch journalist, it’s the Defy Classic Fusalp that really catches my attention, but it would be remiss of me not to at least mention the clothing capsule in some capacity. They are half the story of this release after all. There’s a ski jacket and trousers in both men’s and women’s styles as well as three 3D Zenith pullovers, a ski helmet and a ski suit. Interestingly, the ski jacket is the first from Fusalp to feature a zip storm cuff, which allows you to wear your watch between its outer and inner layers so that it can be seen while you’re skiing and quickly protected if the weather turns.

Additionally, all the clothing bears a logo in the same star-snowflake design as seen on the watch’s dial. Although the primary texture of the clothes is a geometric pattern with a strong graphical element, which has been replicated on the rubber strap of the watch. 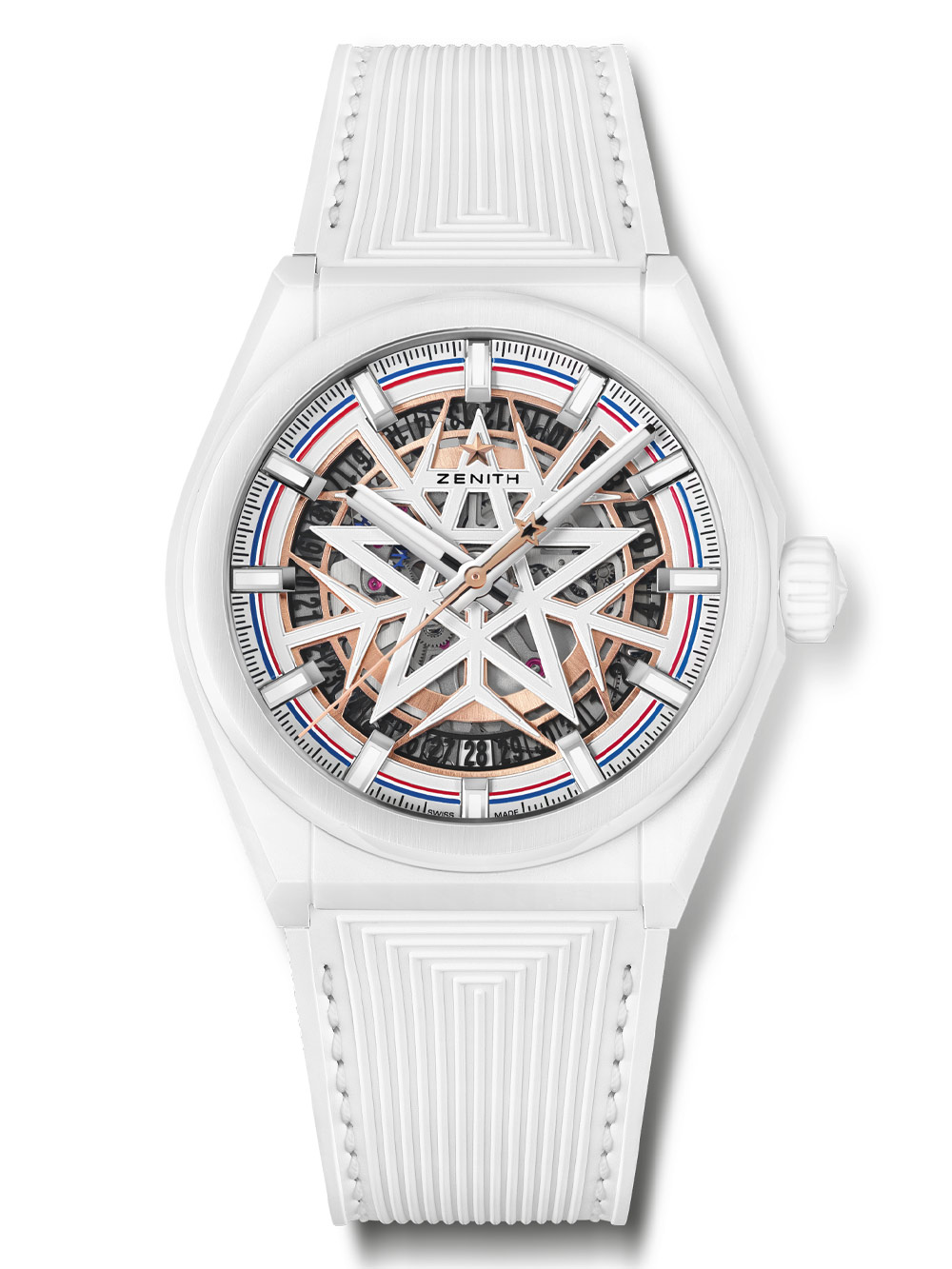 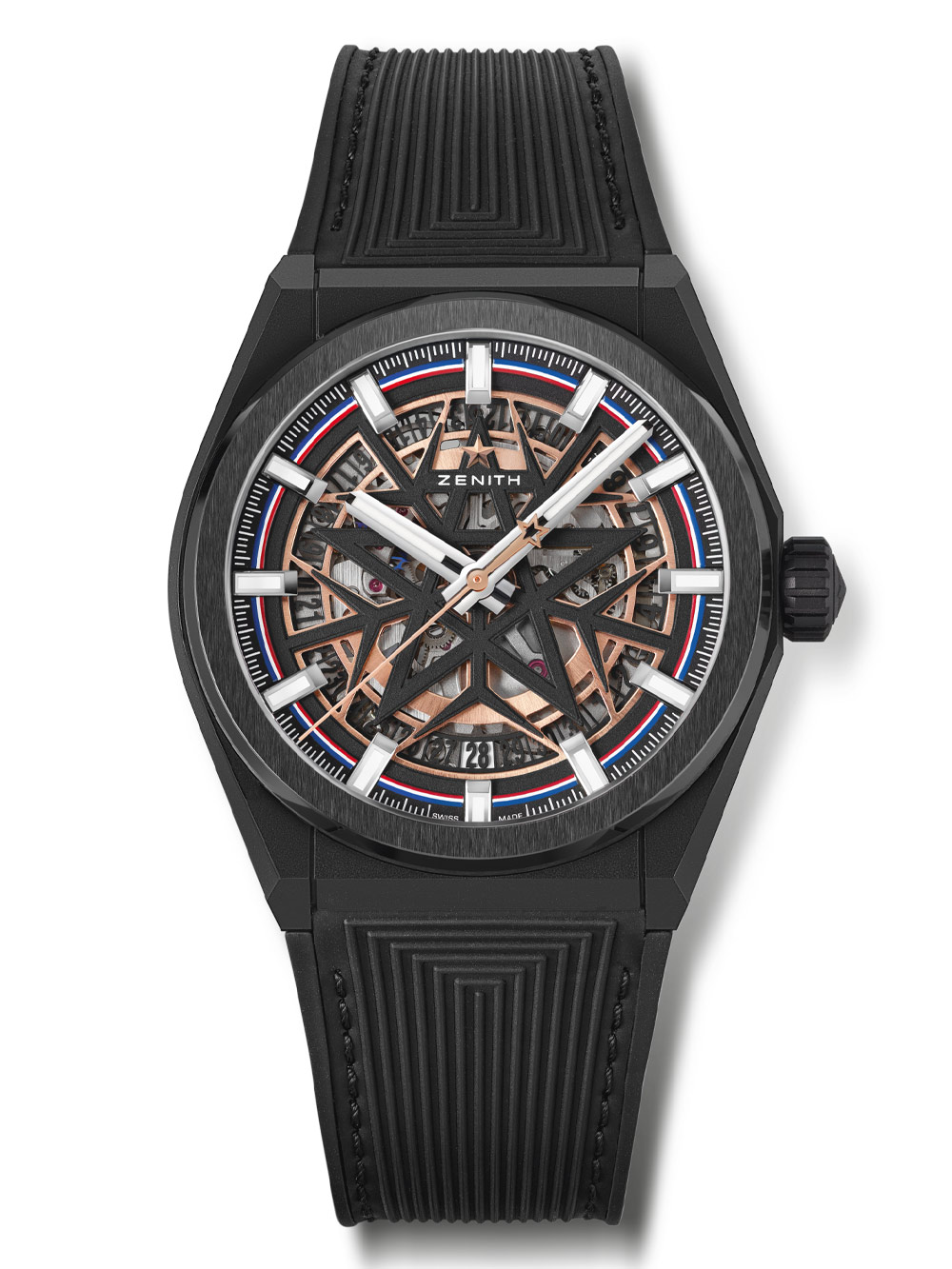