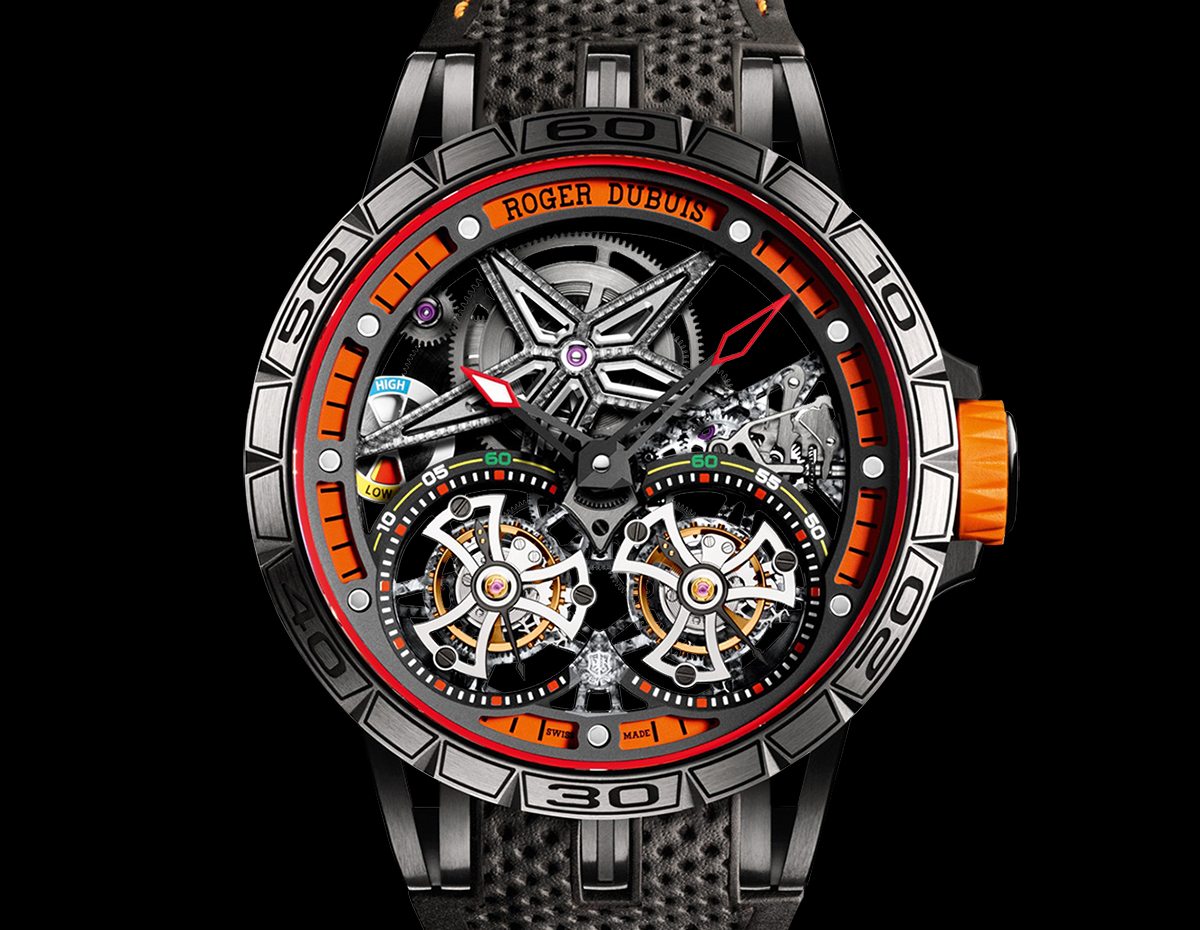 We were unsure what to expect when Roger Dubuis started focusing exclusively on their flagship Excalibur collection. The old Homage pieces were lovely, even if they didn’t quite hit the watchmaker’s daring target. Still, we’d have to agree that it was the right direction.

Bold, audacious and utterly outrageous, the skeletonised Excalibur pieces have set Roger Dubuis apart from even the most brash of watchmakers. Even by their standards though, the Excalibur Spider Double Flying Tourbillon is mental. 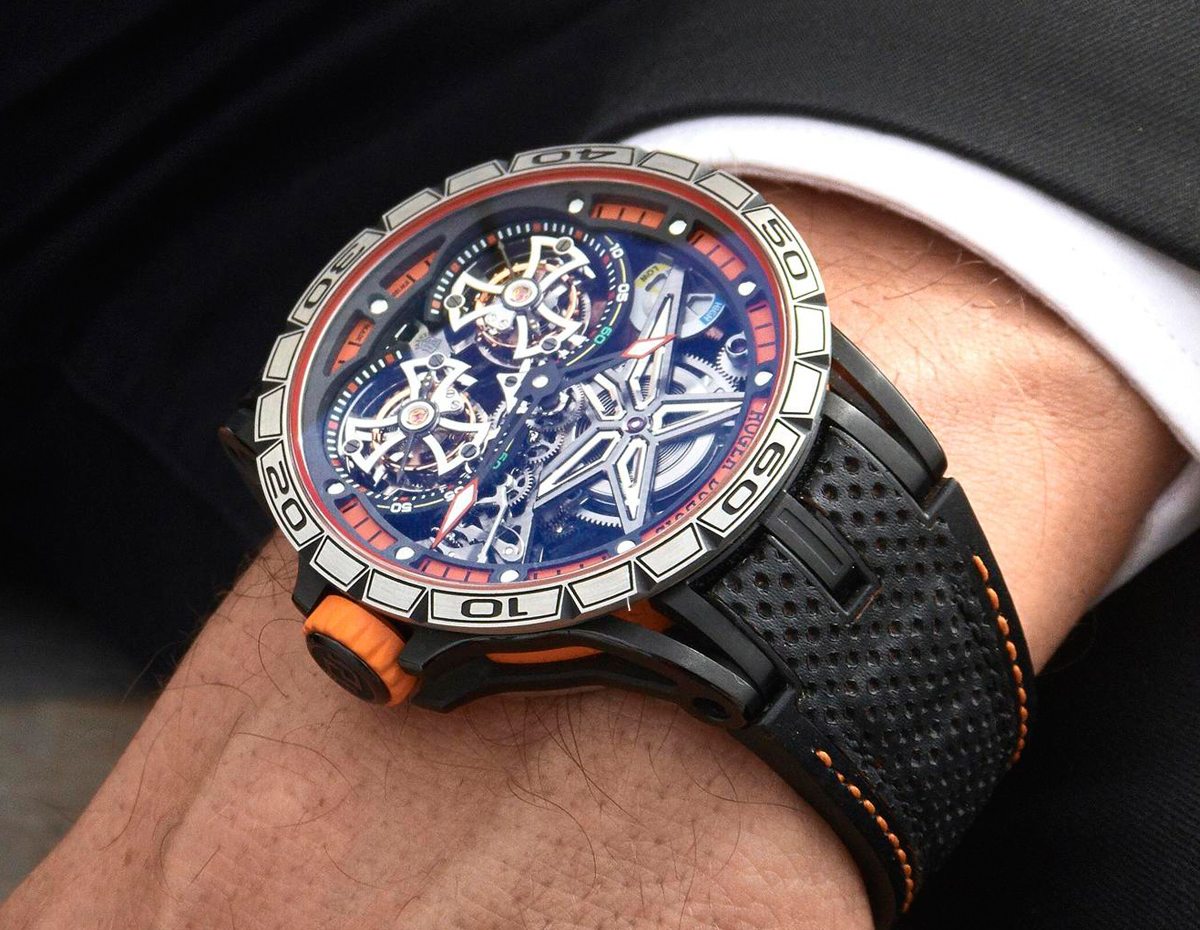 At 47mm wide it’s not small by any stretch of the imagination but even so feels massive. There’s just no missing it, even if it wasn’t rife with supercar orange and red highlights. The double flying tourbillon is an impressive piece of horological kit at any time but here feels like it should be accompanied by a V12 roar.

The machined version of the Excalibur’s signature star bridge certainly helps, as does the skeletonised nature of the dial and the fuel gauge-inspired power reserve indicator. Even the flying tourbillons are surrounded by spedometer-esque indicators. Still, it’s not all about looks; the watch is far more than a pretty chassis. 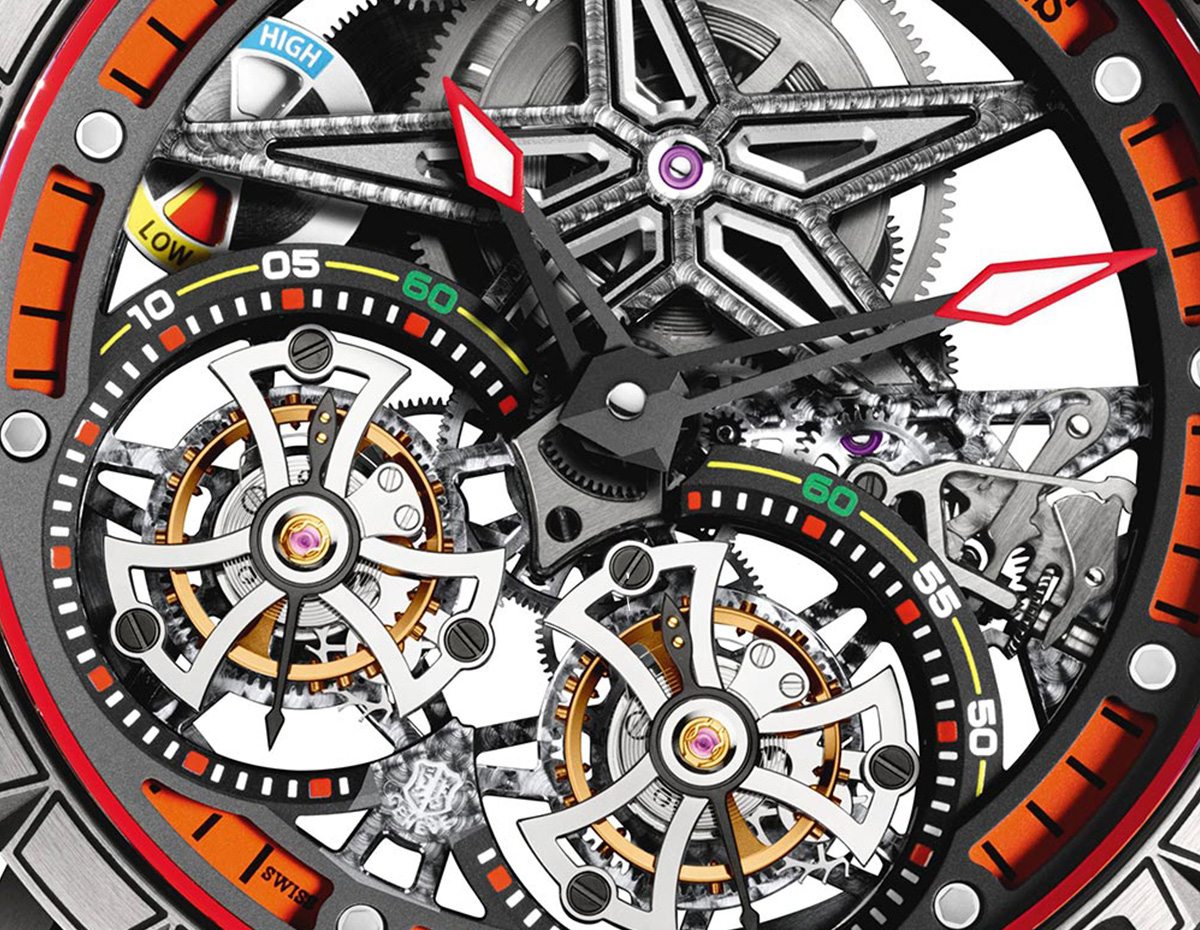 The engine here is Roger Dubuis’ 366 component calibre RD105SQ. The 52-hour power reserve might not seem much, but when you have one barrel for two tourbillons it’s pretty amazing. More importantly though, the movement was granted the Geneva Seal which, aside from being nicely finished, means you can expect COSC level timekeeping and then some.

The new double flying tourbillon is eye-catching to the point of insanity but, as with the recent releases from the Excalibur collection, that’s why we love it.