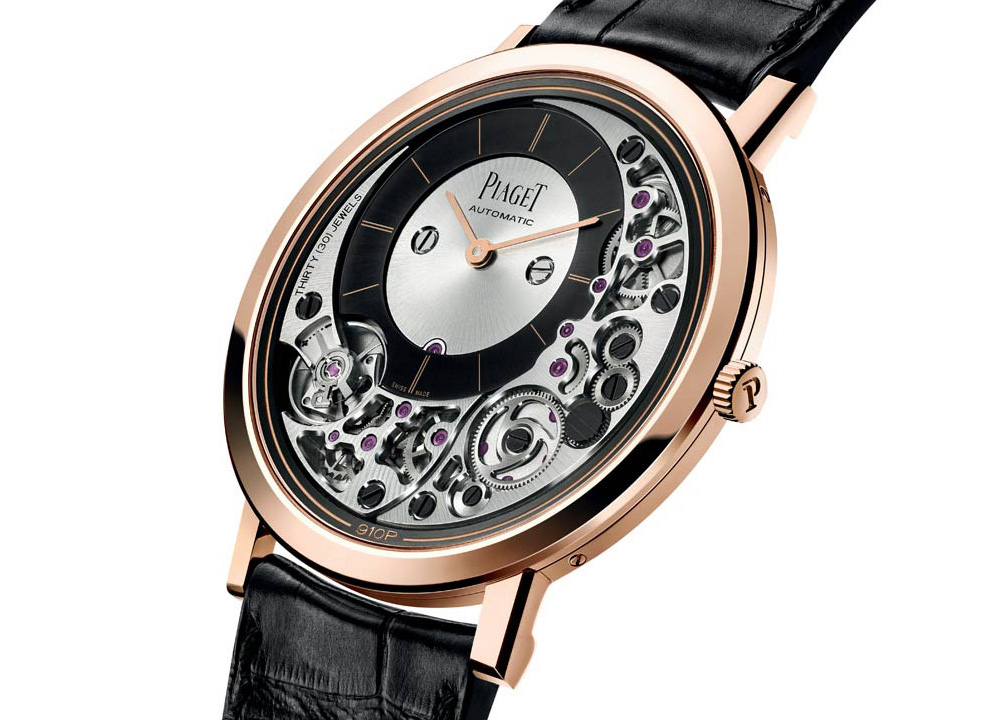 When Bulgari stole the crown for the world’s thinnest automatic watch at Basel near the beginning of the year, Piaget can’t have been happy. Ultra-thin has always been their thing and they’ve historically been pretty damn good at it. It’s not much of a surprise then that their first release ahead of SIHH is one that puts the Octo Finissimo Ultra-Thin Automatique firmly in its place.

The Altiplano Ultimate Automatic 910P is a miniscule 4.30mm, nearly a full millimetre thinner than its rival. If that sounds ridiculous, that’s because it is. Most movements alone are bigger than that, let alone with the case on top – which leads directly to how Piaget managed it: the case is part of the movement. 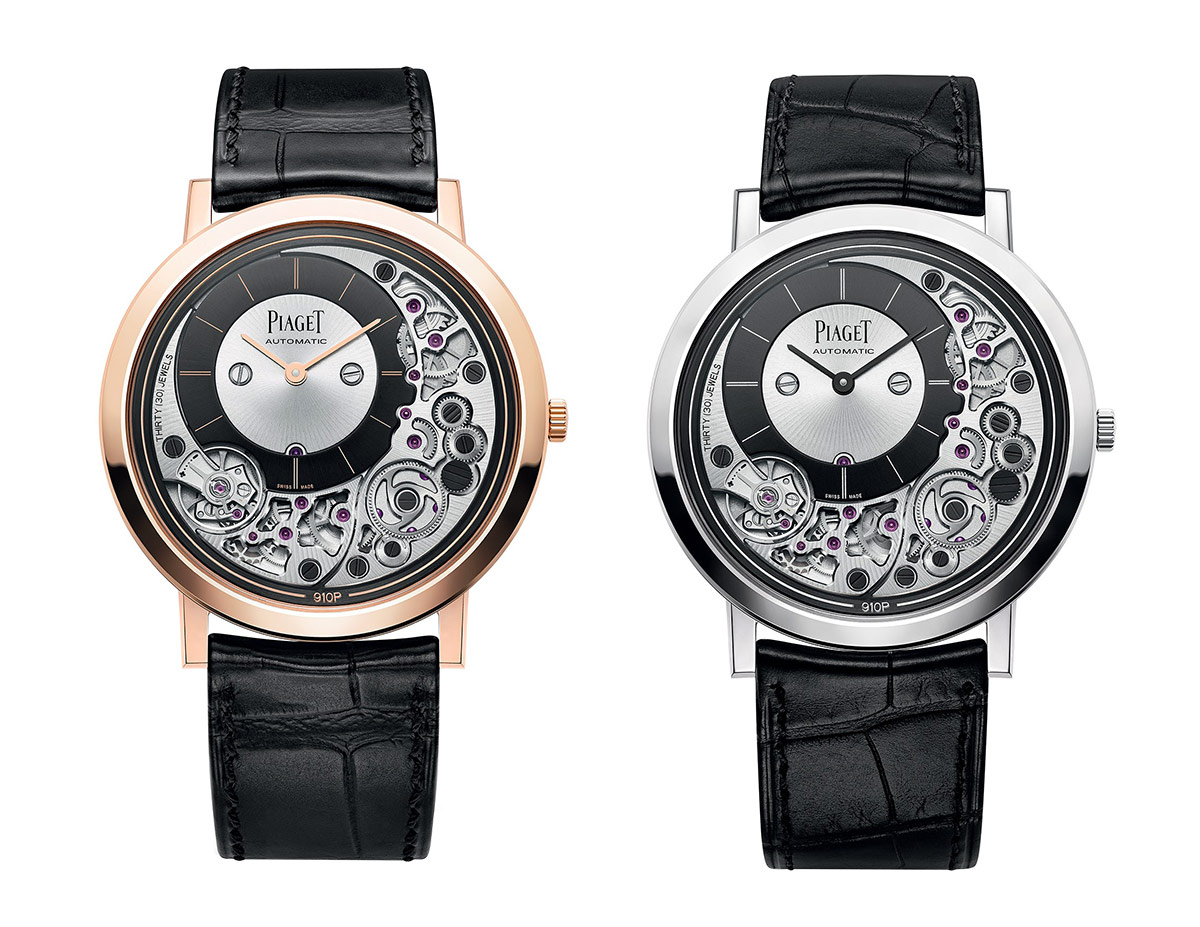 As with its hand-wound equivalent, the 910P calibre is integrated into watch, using the case as the baseplate holding the various components together. God knows what that means for servicing, but there you go. Everything else is engineered on the same plane, meaning that the movement is not much bigger than the thickest single component. 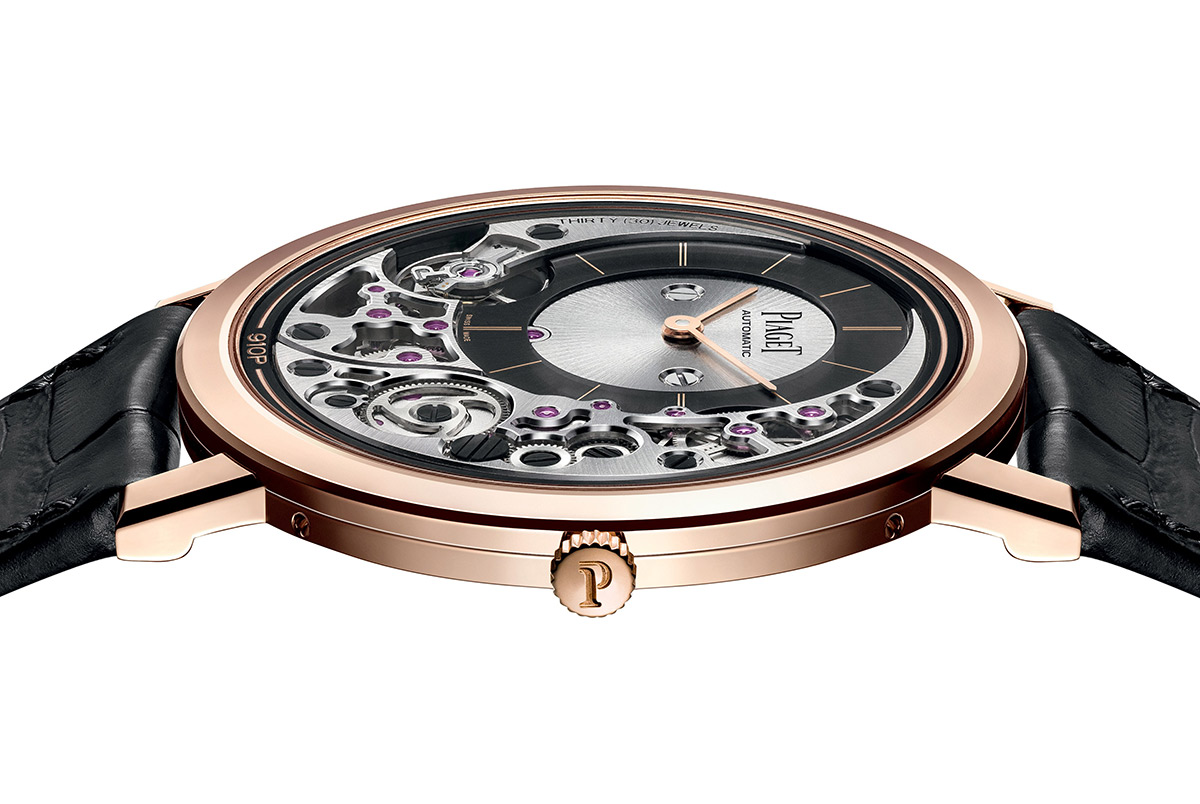 It’s something you can see quite clearly given that the off-centre dial shows off quite a bit of the movement from the front. It’s a nicer look than the fully skeletonised versions of the Altiplano – who wants to see their own wrist anyway? – and shows just what Piaget can do in their own dominion. 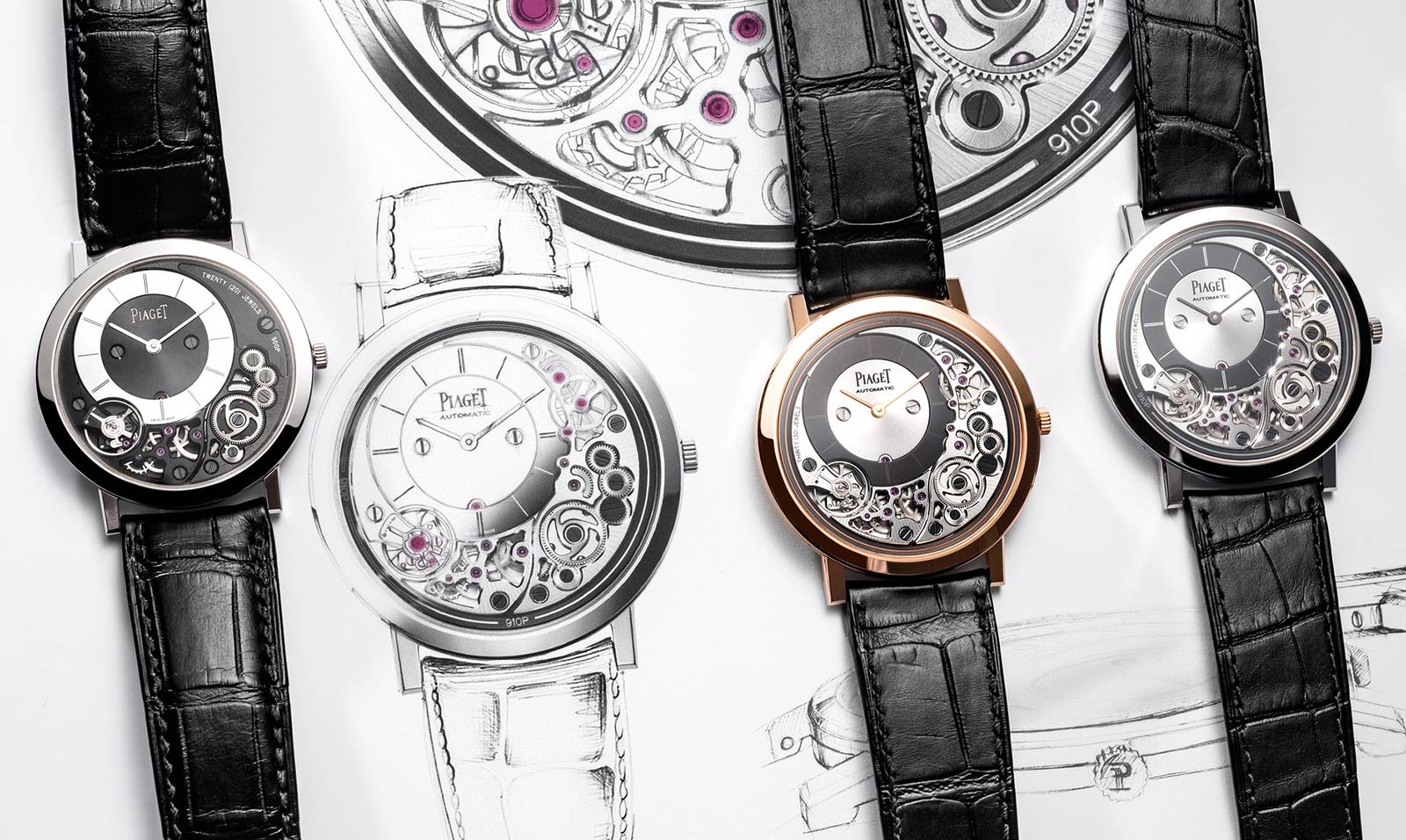 That said, what’s next? The only way you could get much thinner is by drawing a watch onto a piece of paper… which for some reason doesn’t seem all that far-fetched.