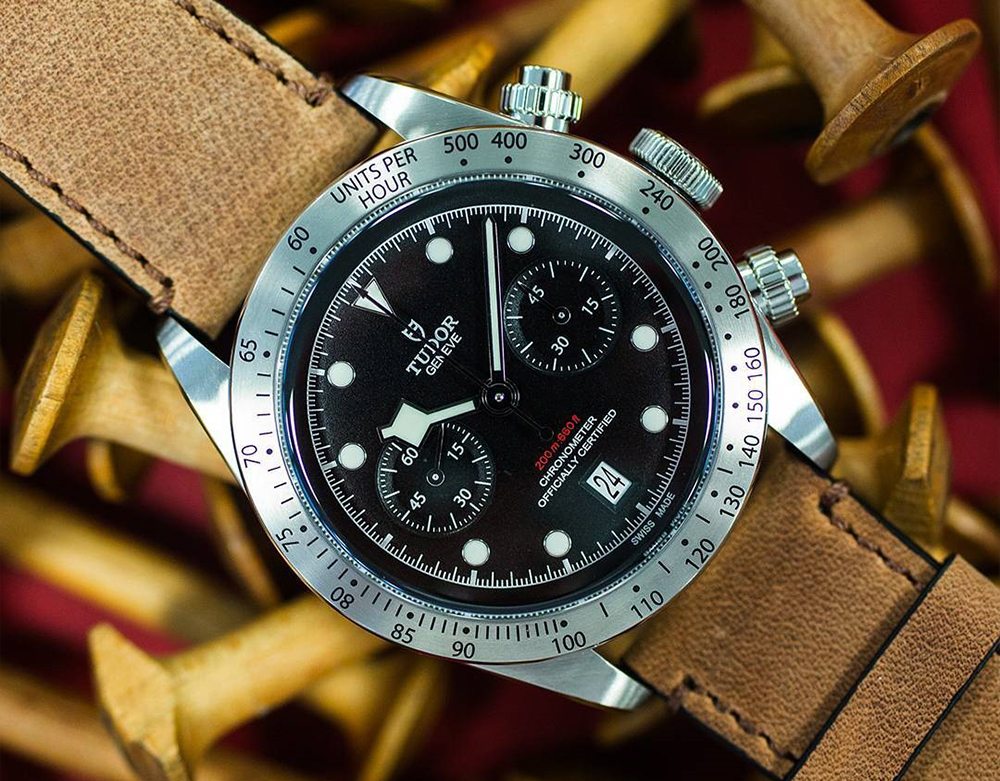 We love the Black Bay Heritage. To be honest that shouldn’t come as much of a surprise; the timepiece has been the diving darling of the watch world since it re-launched Tudor to the UK years back. Its revamping of the submariner – of which Tudor, not Rolex were the original – was a horological purist’s wet dream.

That was just the point in fact – it was pure. It was toned-down and elegant in a way that few diving watches manage in their more technical, instrumental outlooks. Then they added a chronograph – and somehow it works very, very well. Adding a chronograph to a diving watch is a bit of a balancing act. 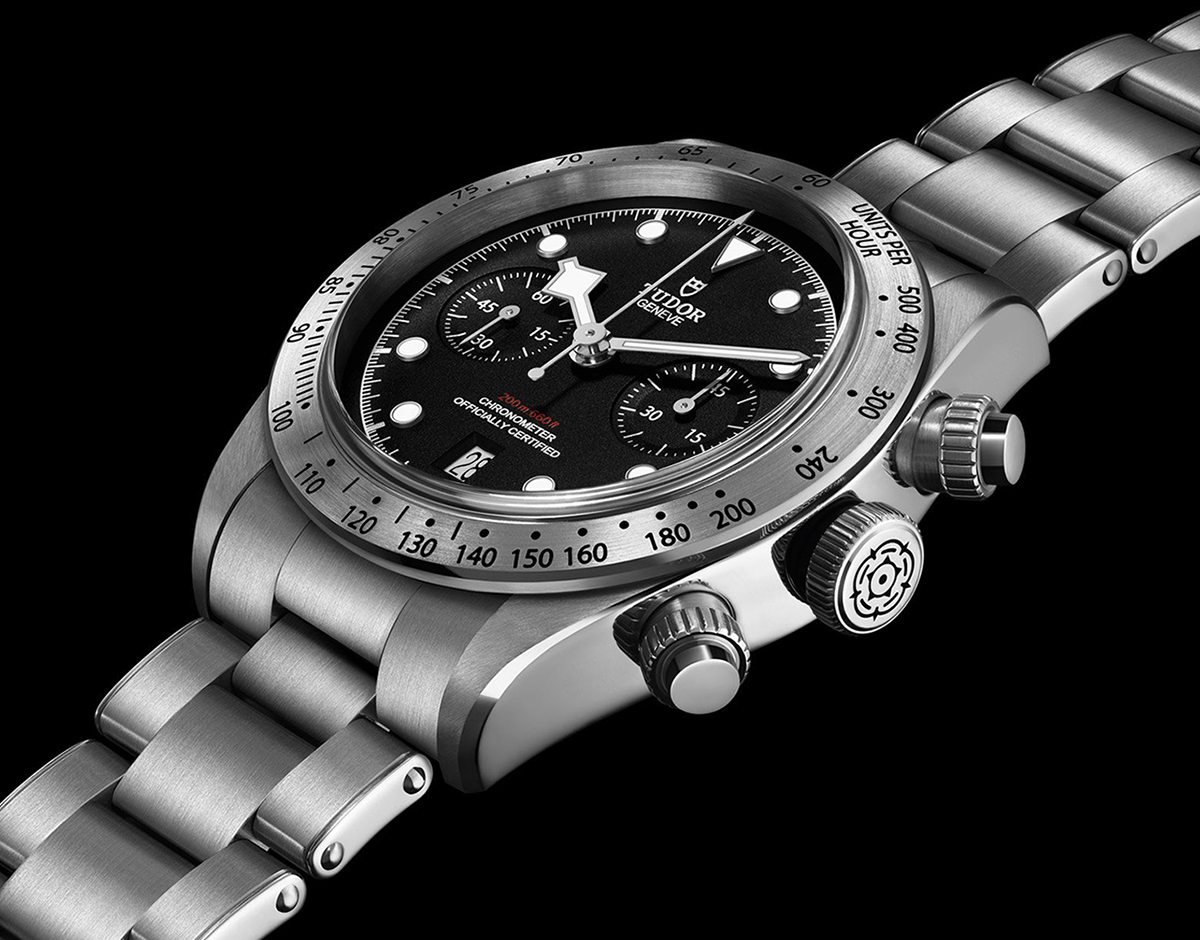 In a way the new Black Bay is a sports watch more than a diver; the chronograph isn’t particularly legible underwater, meaning that it can’t be used in place of the rotating bezel most divers rely on. In its place you instead, however, have a tachymeter. To the purists that love the original, purposeful Black Bay the Chrono might seem blasphemous; for someone that doesn’t spend half their life wondering if my oxygen’s going to run out, I have to say it’s a welcome change of direction. Thanks to screw down caps, the chronograph doesn’t affect the watch’s water resistance. 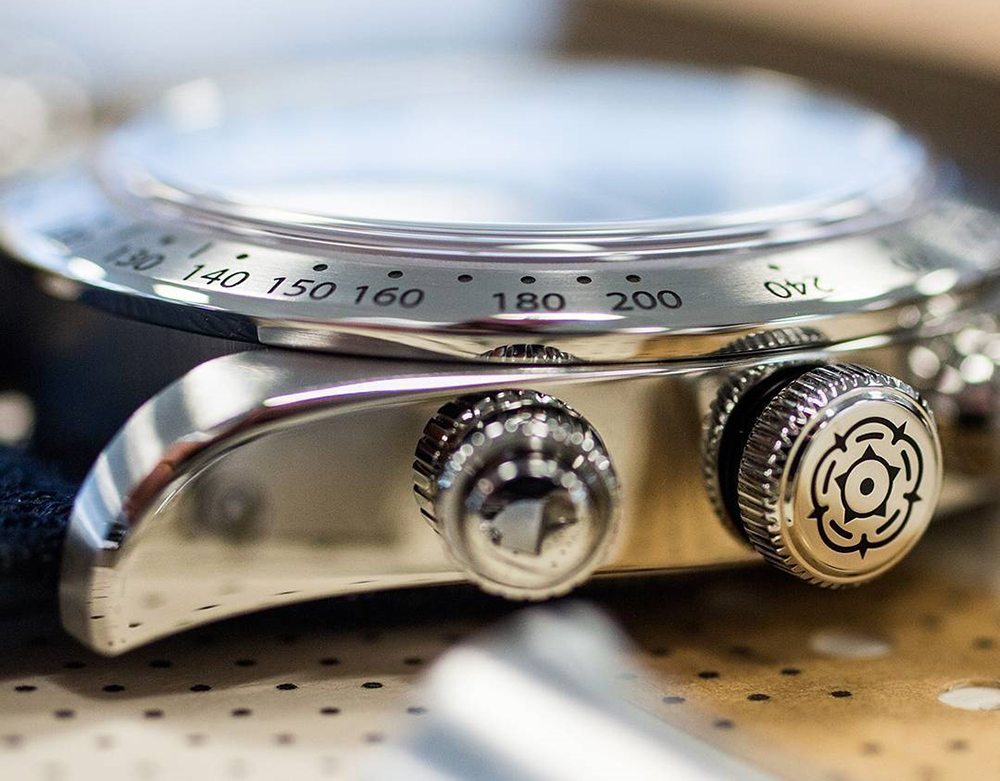 It’s supremely practical but, if like me you like to fidget with your watch every chance you get, can be a little annoying. Still, that’s pretty much the only downside I can find about the sports complication – which is interesting as it’s not technically Tudor. Probably the oddest news at the Black Bay Heritage Chrono’s release was that it would include a Breitling movement, adapted by Tudor. It’s a strange decision but hey, it works.

In fact screw downs aside, the chronograph is immensely satisfying to use. Considering Breitling’s expertise in the area, that’s not too much of a surprise, either. The rest of the watch however is pure Tudor. 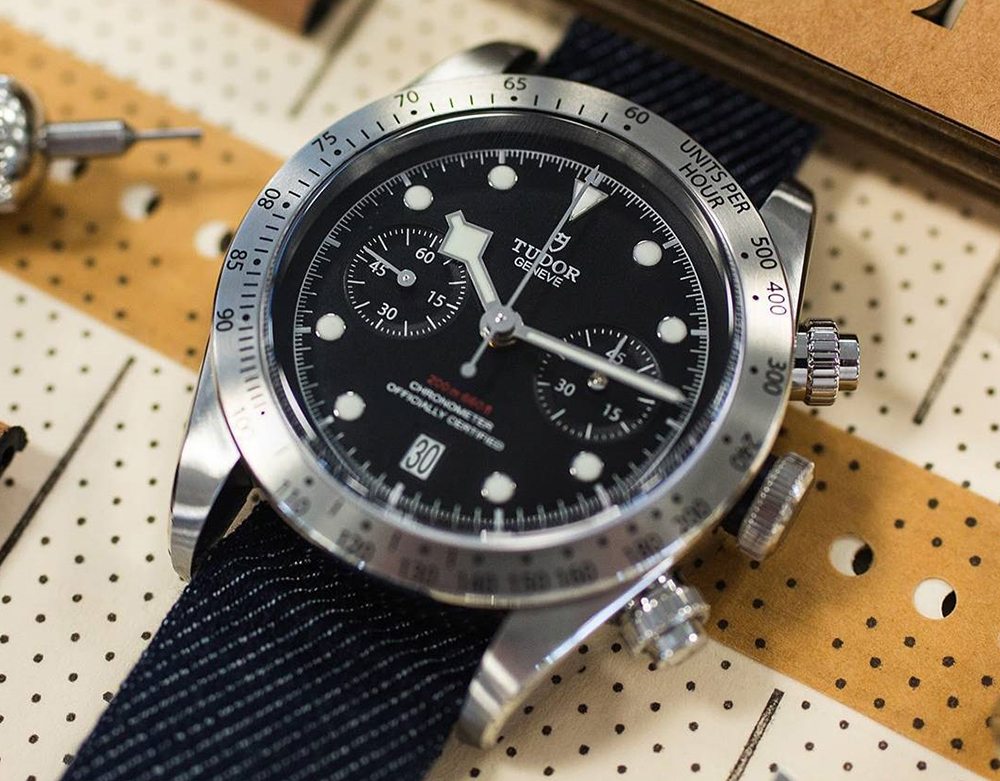 On the wrist the 41mm case is light and comfortable and, as the tachymeter scale is on the outside the dial retains the pared-back elegance of the original Black Bay. It’s still a simple design with all the Tudor hallmarks – including the famous snowflake hour hand – but the extra function makes it a more interesting everyday watch to enjoy. The version I wore came on a blue fabric strap and was possibly the single most comfortable material strap I’ve ever worn. It was light enough that I kept thinking it would tear but, given the current state of sunshine, was wonderfully breathable on the wrist. A little worry isn’t so bad when you’re sweating profusely anyway. 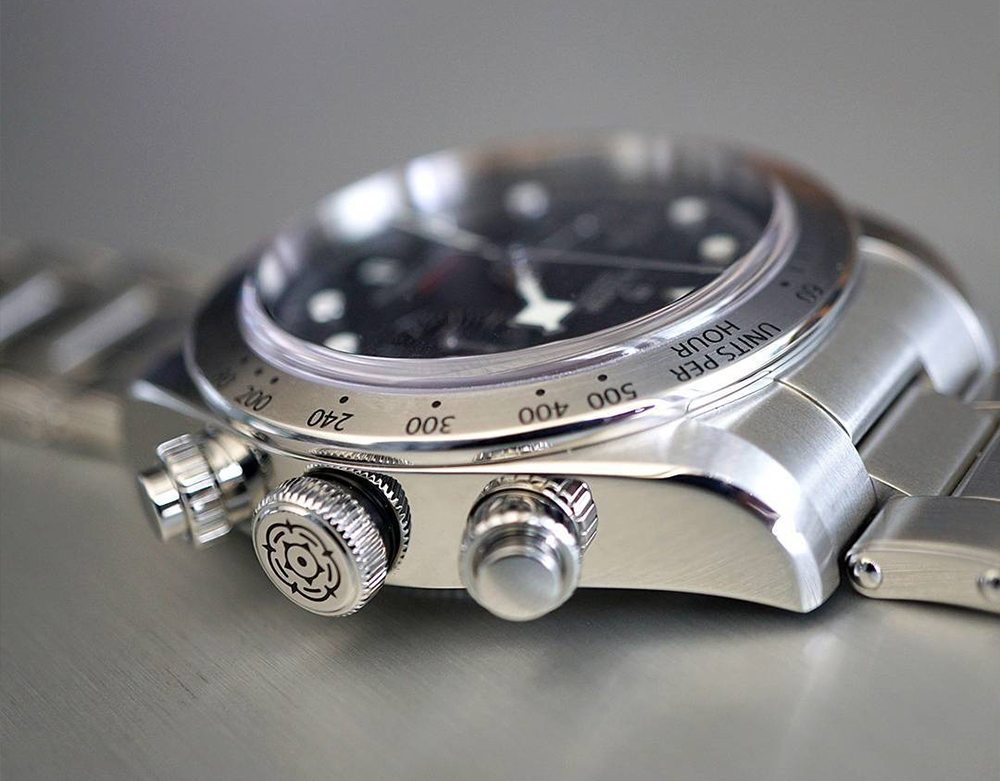 Worrying as it might be to purists, the Black Bay Heritage Chrono isn’t the compromise you might expect. The chronograph is incorporated into the design’s innate elegance without missing a step. Even the fact of the Breitling movement is an indication that Tudor has gone to every length to make the Chrono work – and work it does. The Black Bay Bronze may still be my favourite Tudor to date, but after a few days on the wrist the Heritage Chrono is a close second.