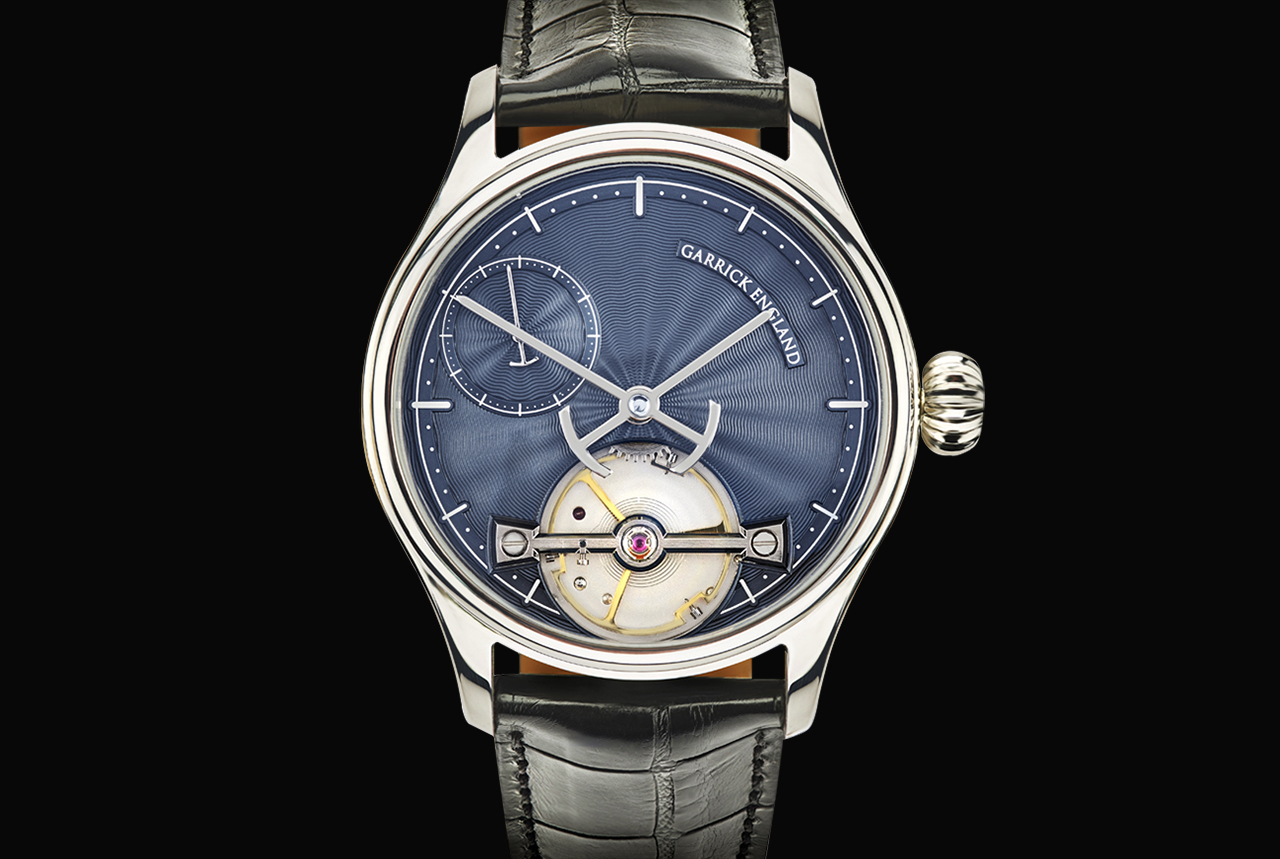 I was pretty much sold on Garrick from the fledgling brand’s first release. Between the pared-back design, like a minimal British take on Jaquet Droz’s Grande Seconds and the customisable aluminium dials, the first Shaftesbury ticked every aesthetic box for me. That it was the most ‘Made in Britain’ watch short of Roger Smith was also a pretty good bonus. I still want to get hold of one at some point, though it now might need to wait until I have the Portsmouth in my collection.

The Portsmouth was where Garrick really came into their own. Anchor hands reminiscent of the coastal city added a nice maritime twist to the otherwise elegant dial, and the open balance wheel gave a depth and technical feel. Altogether it was more modern British than classical. 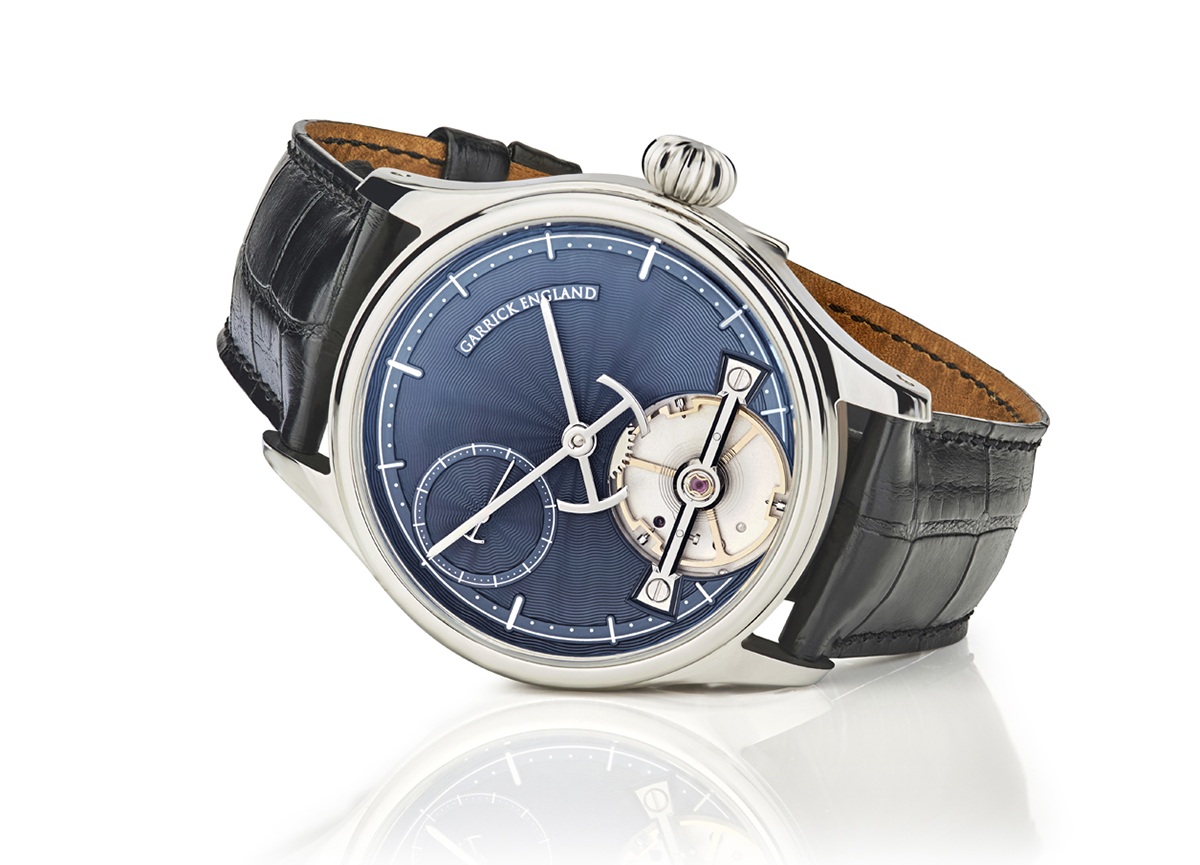 Now comes the guilloche. Garrick is proud to the point of obsessed with their provenance, making a vast percentage of the actual parts here in the UK, something almost unheard of among British watchmakers. We just don’t have the horological infrastructure.

Yet somehow Garrick not only managed to find a guy able to do 90% of the work, but also created one of the most stereotypical – not to mention demanding – Swiss finishes. And it is truly spectacular.

Of the three prototypes available I was given the blue, easily the one I was most excited to try. In full light that blue was perhaps not quite as blue as I’d have wanted. I’m all fine with midnight, but this was black most of the time. Not that it was all bad; in low, mood lighting, you get glints off the minute ridges of metal which just looked fantastic. 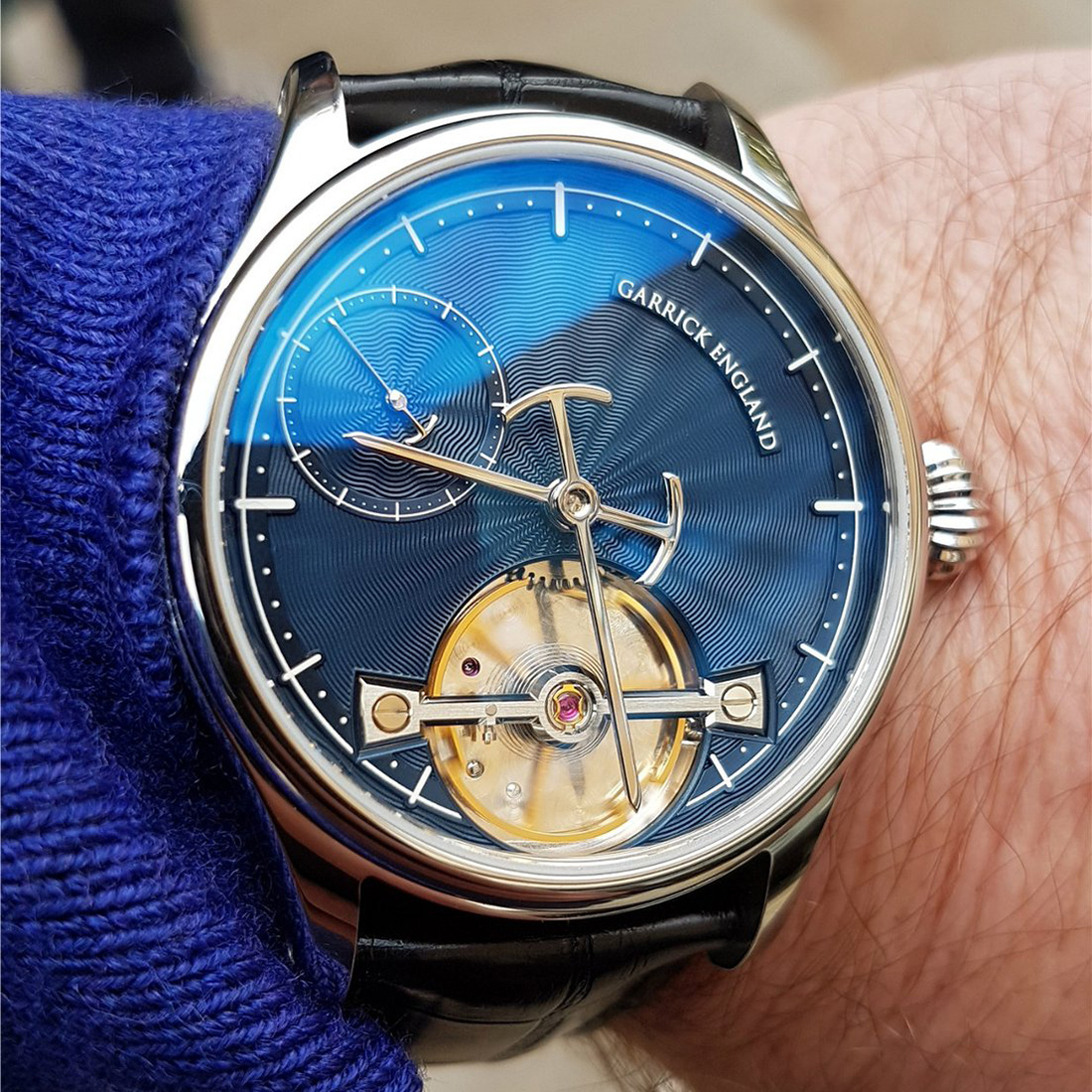 I can see why they went for such a dark colour; the bright gold balance wheel makes even more of an impact, swinging backwards and forwards at full-tilt. Another slight change was the frosted finish underneath, replacing the usual machined look. It made it plainer than usual, but with a dial as intricate as that guilloche it stopped it all being a little much to take in.

At 42mm it’s just about the right size for this style of watch. It could be a little smaller without losing anything, especially as the oversized crown adds a fair bit. Still, despite the apparent depth to the piece it fits under shirtsleeves easily enough.

The case however isn’t white gold, which you might expect from a Swiss watchmaker at this price, but steel. That might become an issue when attached to the £17,995 price tag, but that’s where you either love Garrick or not. 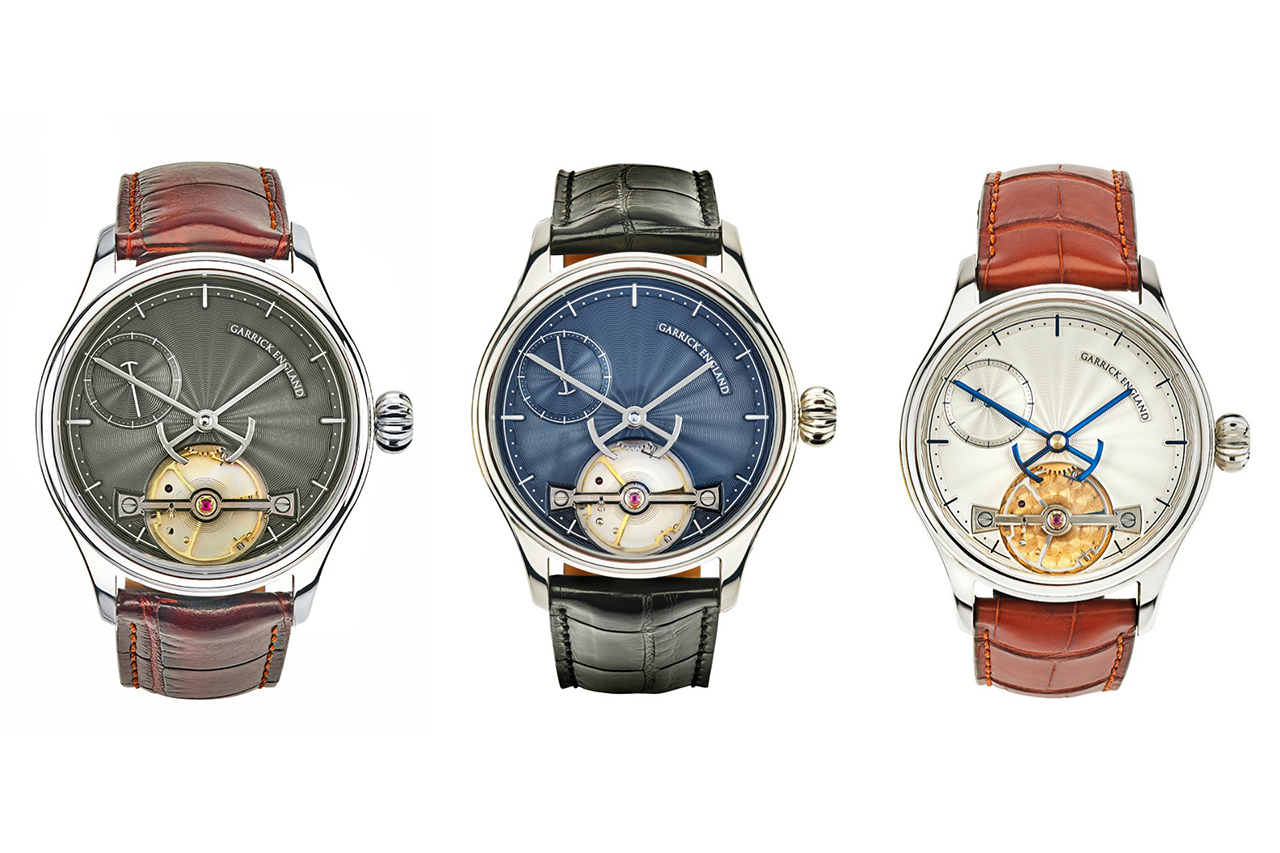 If you’re a collector that loves the made in Britain angle, as a fair few are, then that’s a feasible price for a fully hand-made, exquisitely-finished piece of homegrown horology. If that doesn’t interest you then nothing’s likely to justify that amount for you. Still, I don’t think Garrick will find it a problem either way; they can’t make enough of them.

What to wear: Keep things classy with some sharp, Savile Row style from a British tailor, preferably in a midnight blue to match the watch. Remember, it’s all about the fine details and finishing; this is one instance where Hackett just can’t hack it.

Where to wear: Low, directional lighting is perfect for showing off its shimmering appearance, so make sure you wear it to your favourite lounge bar, preferably with some low-key jazz in the background.