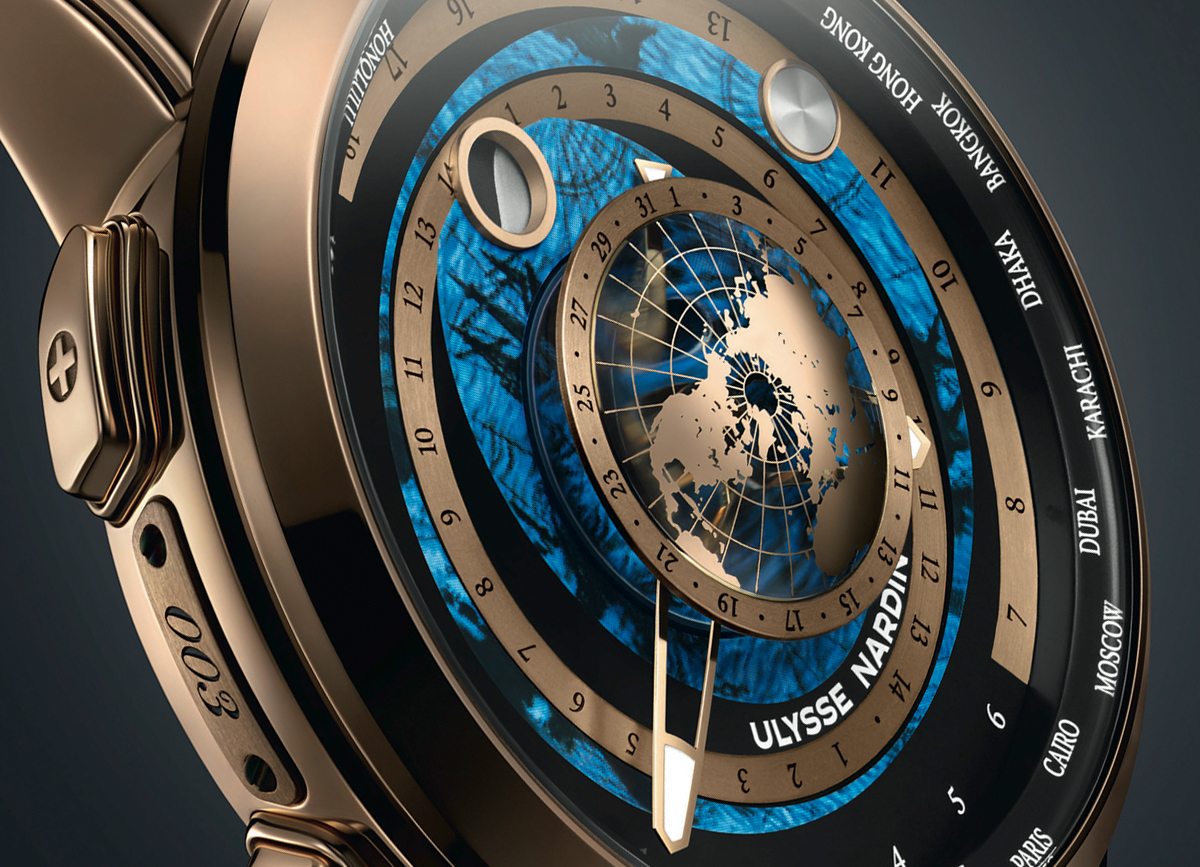 Eight years after the first Moonstruck appeared onto the horology circuit, Ulysse Nardin’s astronomical wristwatch is back with a world-timer function and newly-updated dial.

Made from either platinum or rose gold, the Executive Moonstruck Worldtimer’s central function is that it can track the position of the sun and moon in relation to the Earth as well as displaying moon phases, world times for 24 cities and an easy-to-read map of the tides. 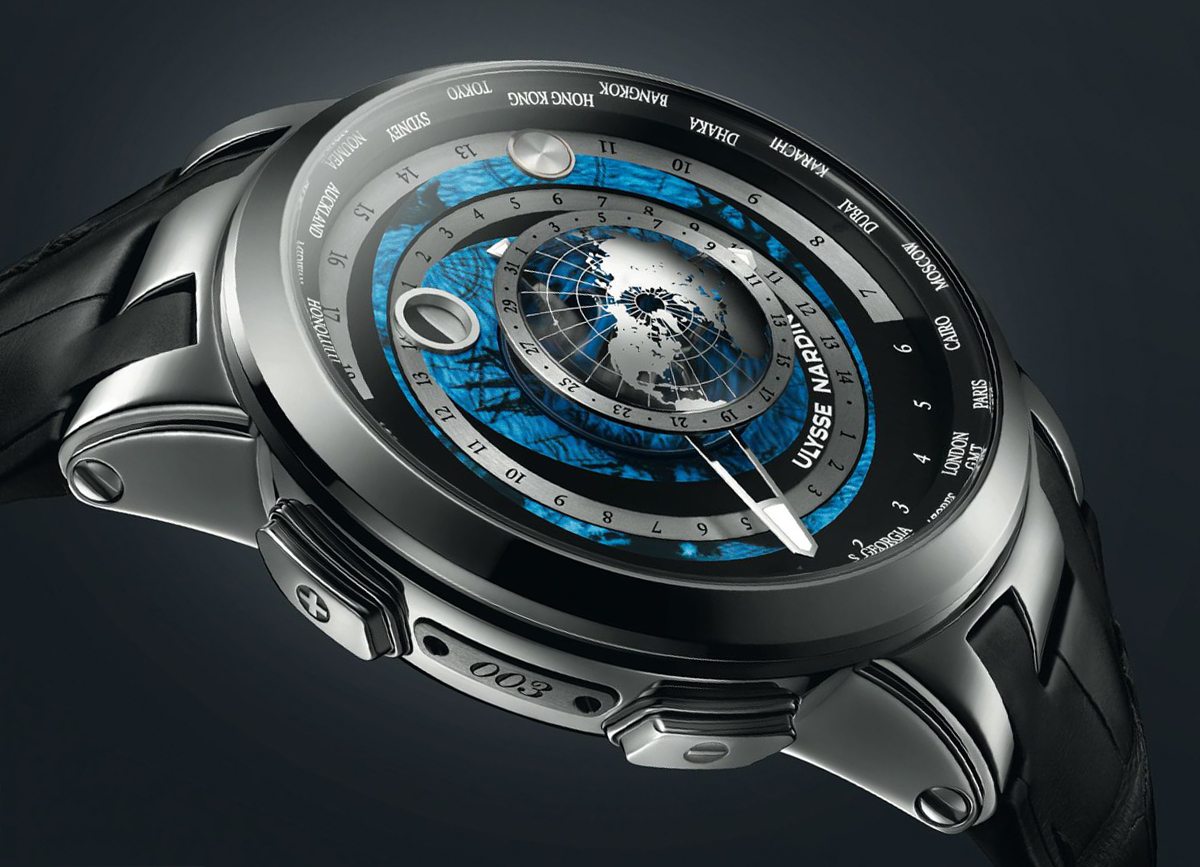 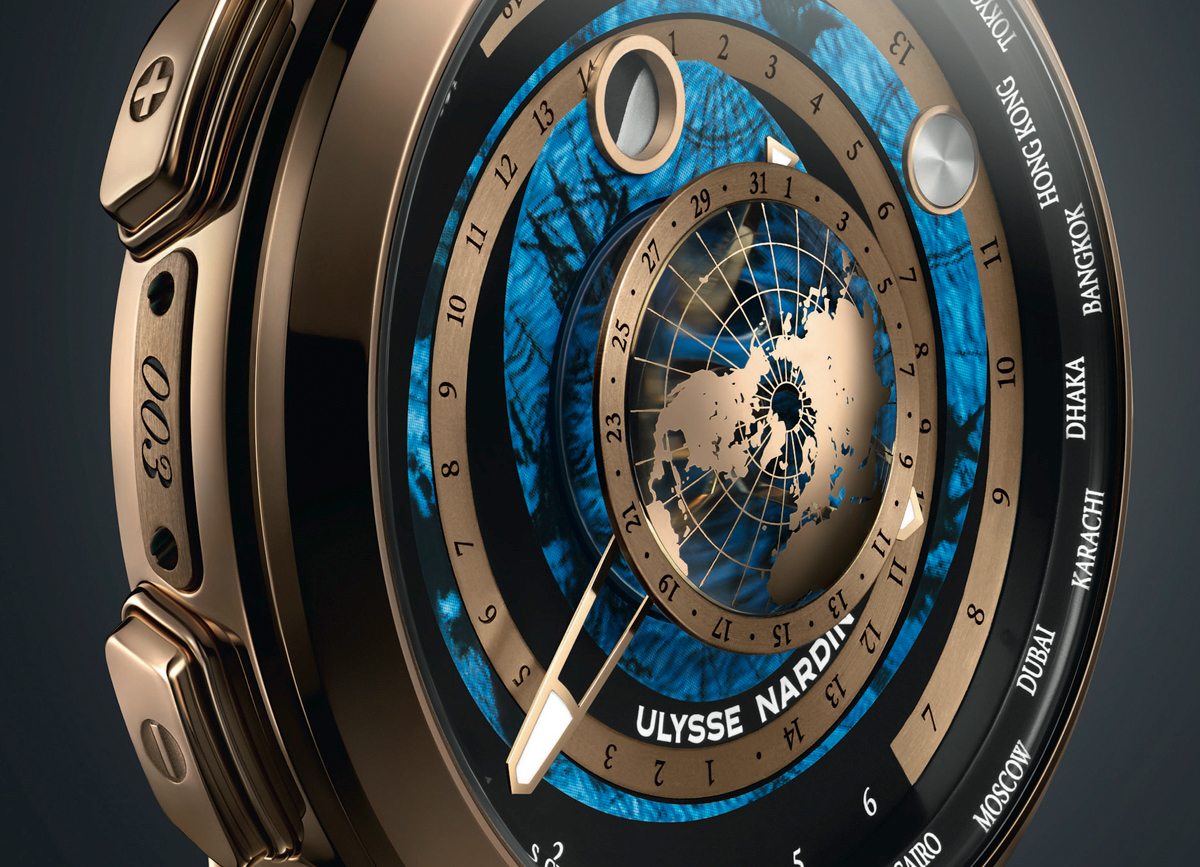 Time is shown and revealed on a dial which has rotating discs that represent the Northern and Southern hemispheres, contrasted by a blue background for the ocean. The inner-most ring shows a 31-day calendar; the middle a 14-day ring, while the outer-most reveals the 24 hours. 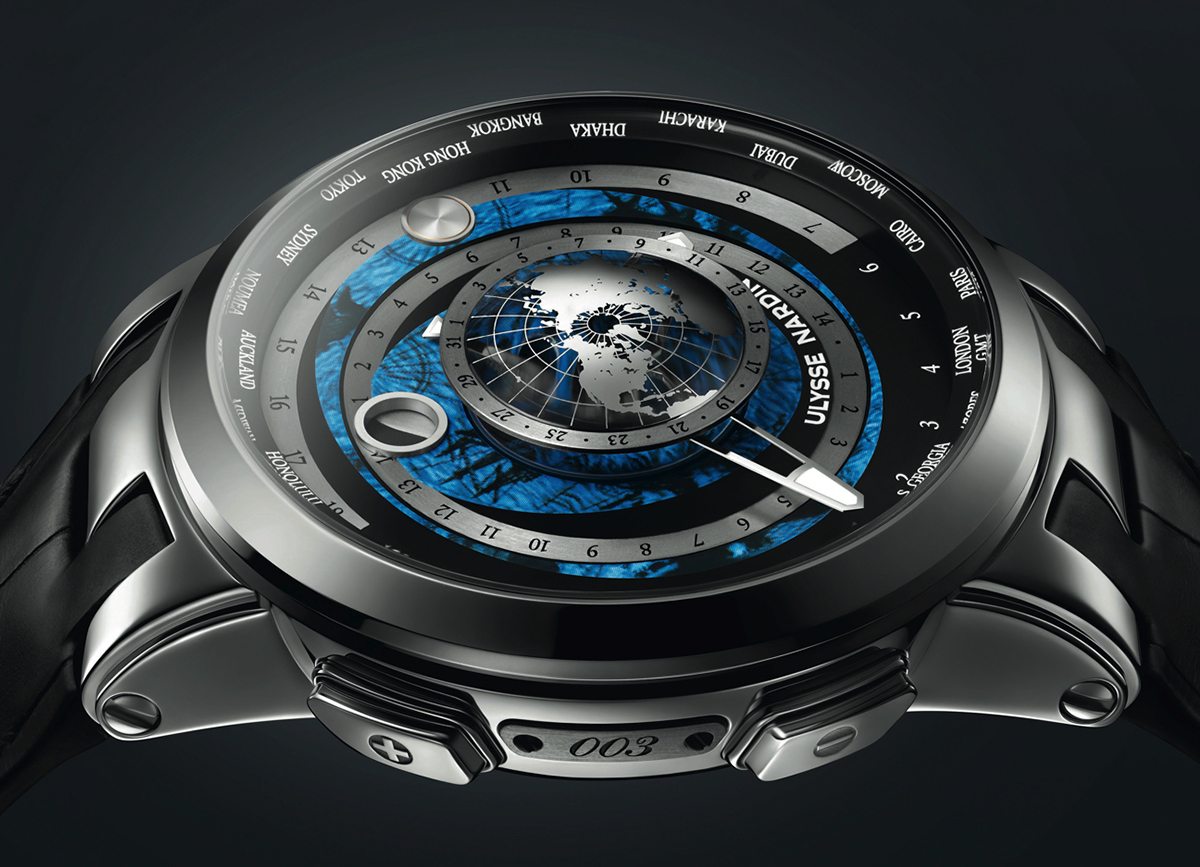 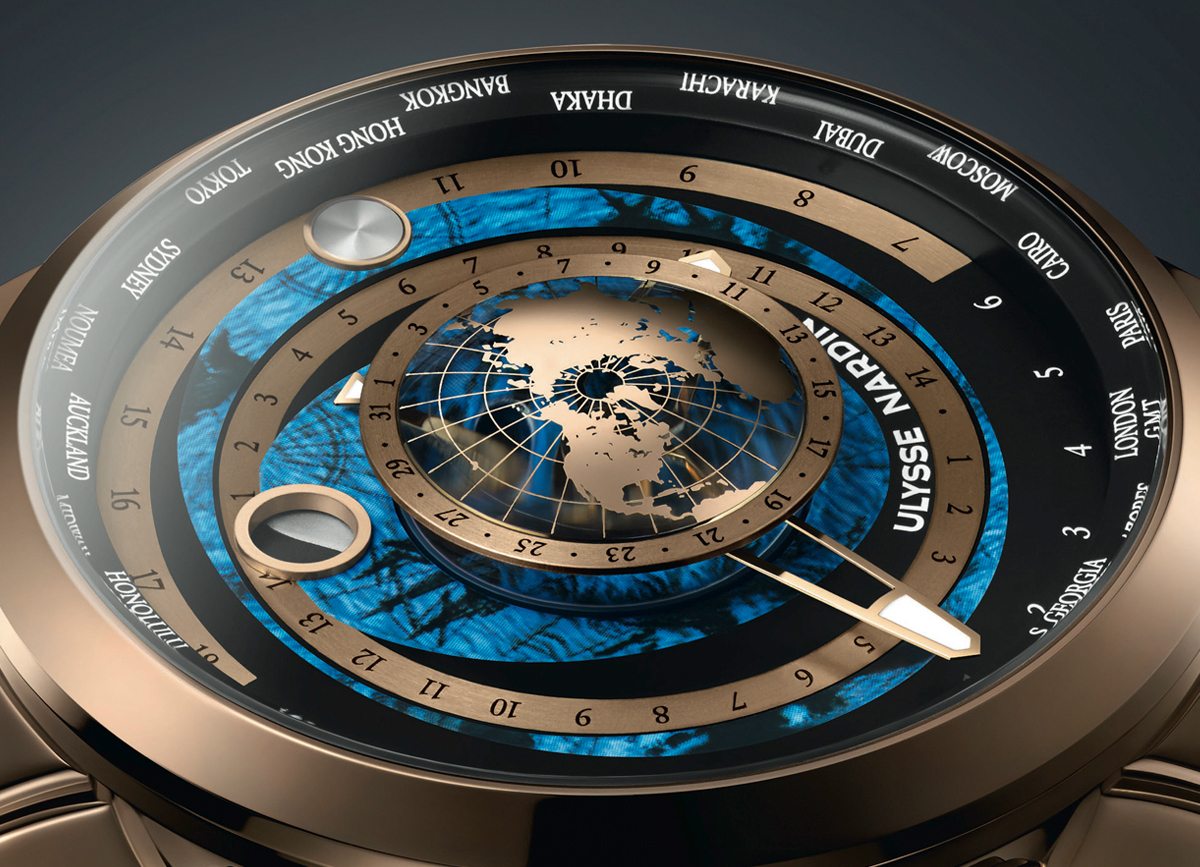 Inside, it’s powered by an in-house automatic caliber UN-106 which boasts a power reserve of 50 hours. The 46mm diameter case is also water resistant to 100 meters and comes with a useful screw-down security crown for added protection. 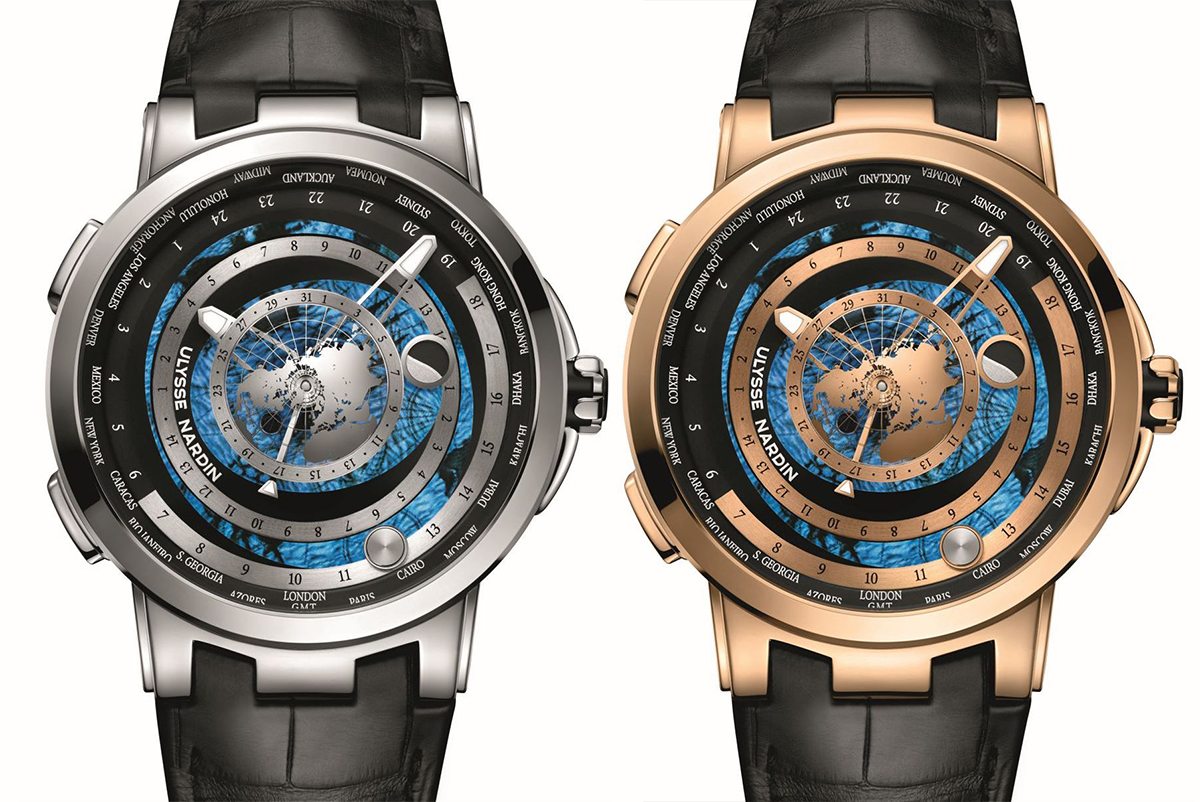