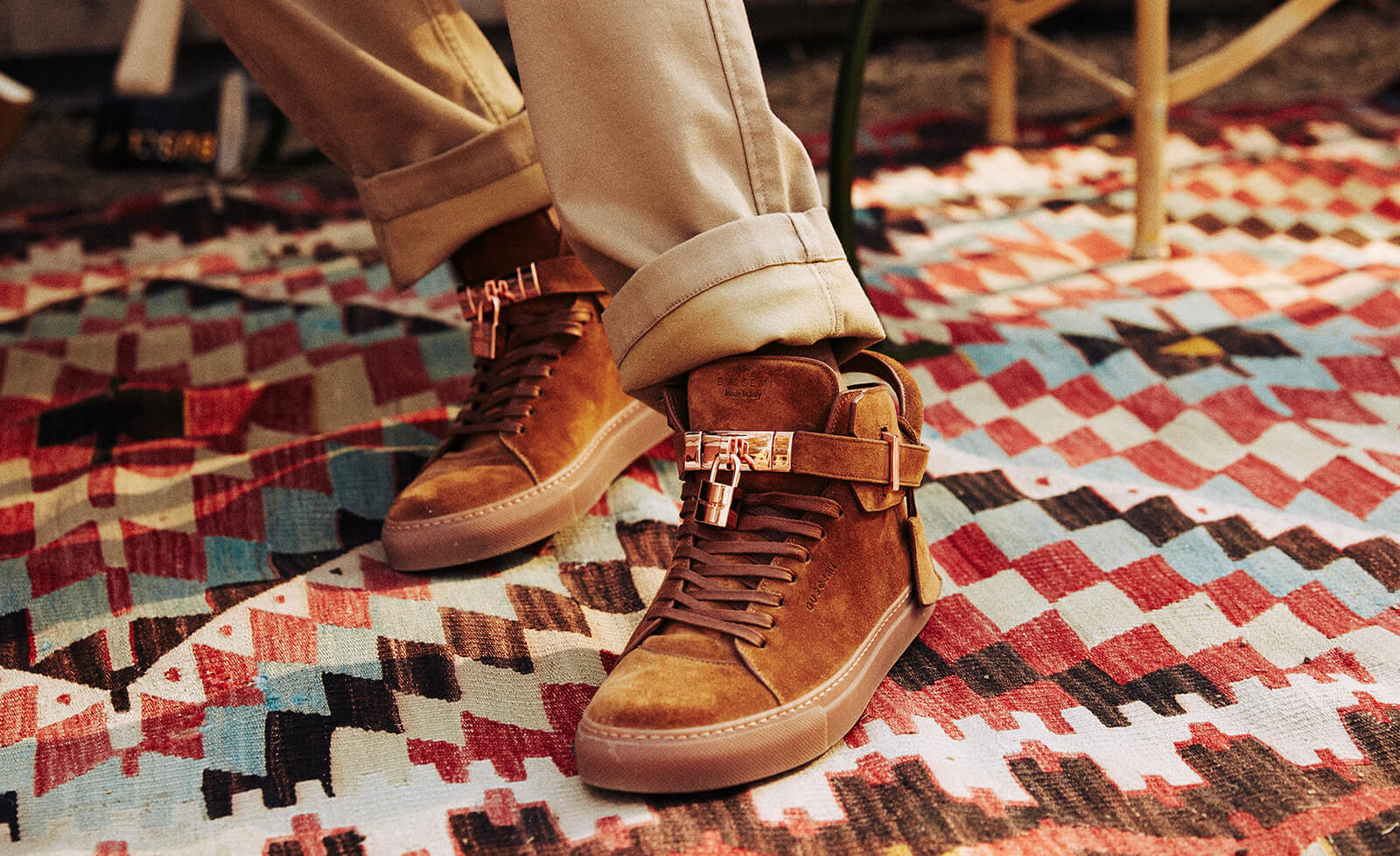 Gone are the days of yore when sneakers were a practicality, those halcyon years when running shoes were meant for running and running alone. Now they’re a wardrobe necessity not for their performance credentials but for their stylistic ones. And we’re not complaining. We never ran anyway.

So here they are, the freshest of the fresh kicks, our favourite luxury sneakers. For the moment anyway. 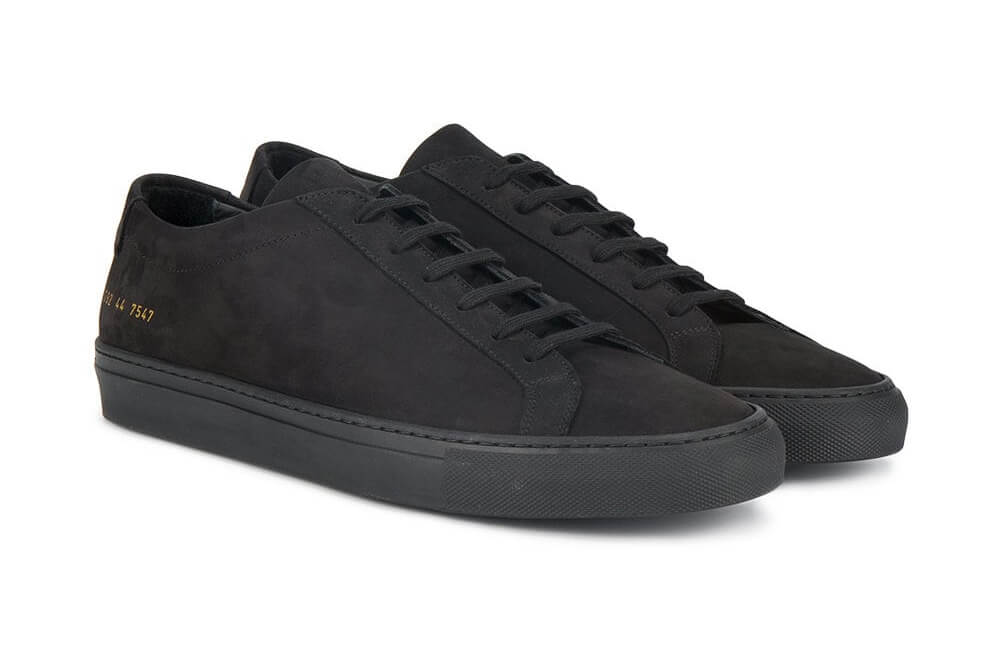 If you don’t yet have yourself a pair of Common Projects, shame on you. Aside from their ever-versatile, straight-laced minimalism, they’re some of the highest-quality footwear you’re likely to find outside of a Royal shoemaker. This particular pair use incredibly soft nubuck – so definitely not an all-weather runner – that you’ll find yourself lingering over an embarrassing amount. 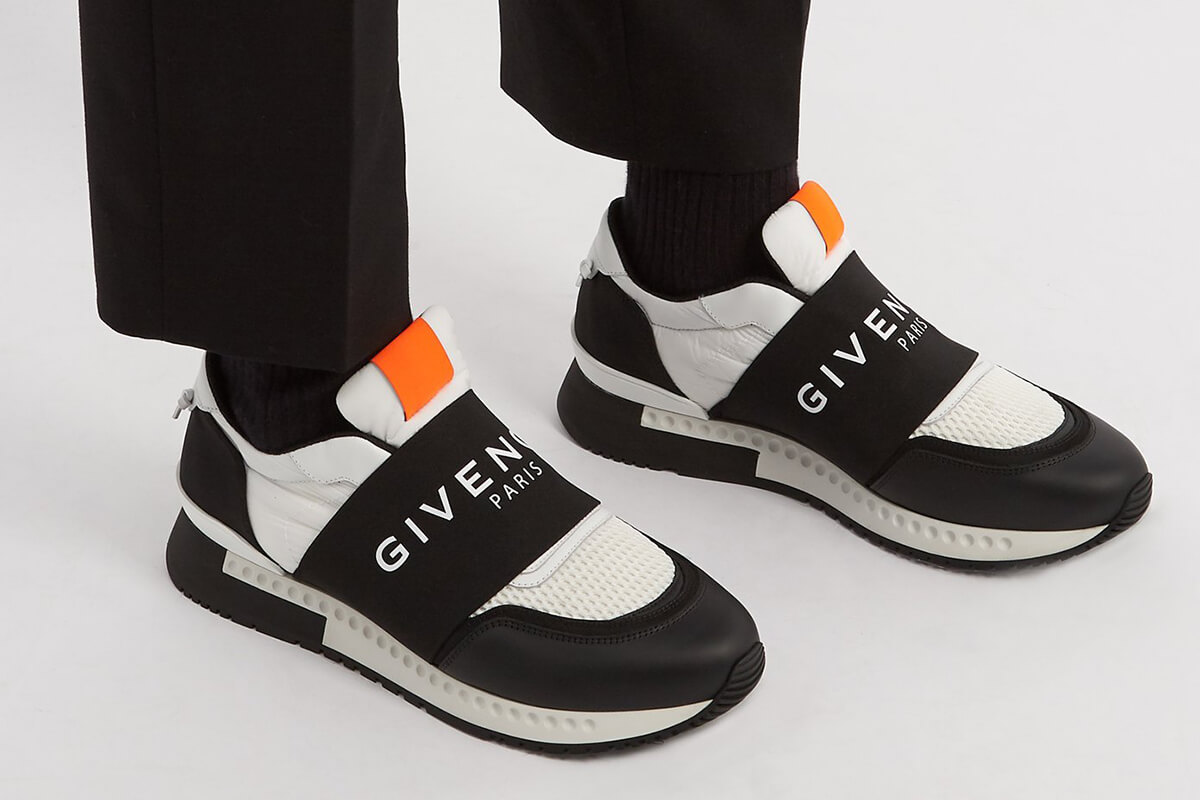 After something a bit more colourful? Givenchy’s signature accents are unmistakable in their performance-named Runner Active trainers.  That said, you’d be forgiven for not wanting to run in them. You could… but you probably shouldn’t. Messing up their bright, clean look would be a travesty. 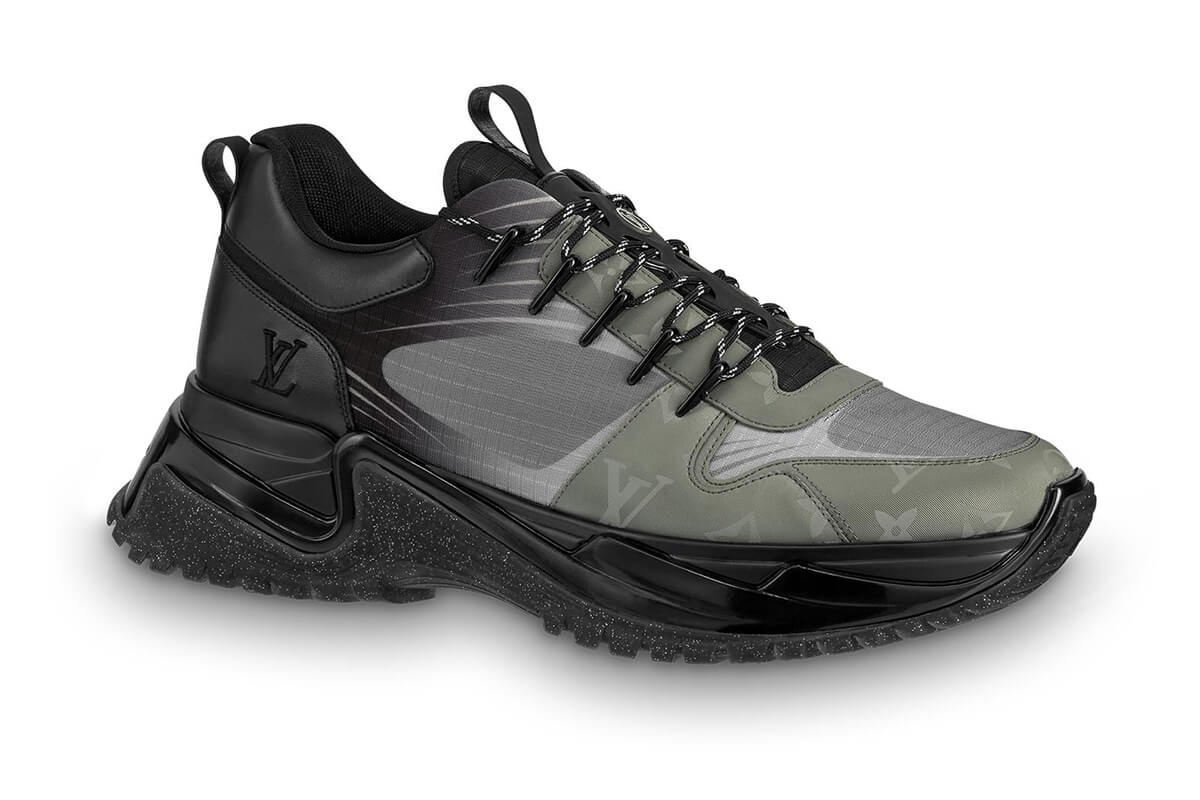 Only the sneaky little monogram just above the fluorescent yellow heel signals that these aren’t the kind of trainers best suited for cross-country endurance running. Still, they’re big, chunky and well-built enough to survive a landslide, particularly with the sculpted, elevating sole. Classic LV these are not; awesome sneakers they very much are. 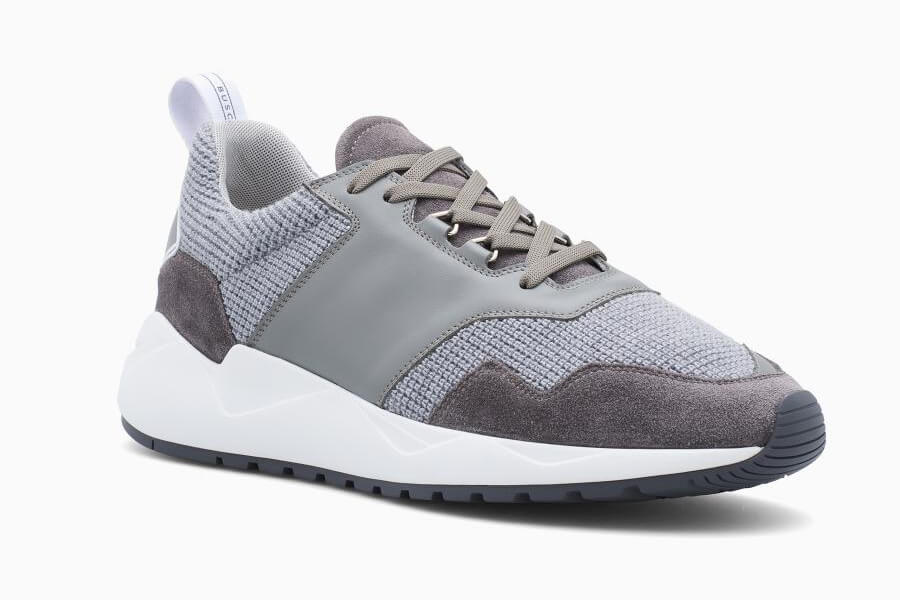 Trust the Italians to funnel eye-watering craftsmanship into something they call a ‘runner’. Granted it can get the job done, with breathable waffle uppers and lightweight, flexible sole. Even so, doing anything to upset that cool, clean white / grey / charcoal combo just feels a bit wrong. If you can’t resist though, you’ll be the most elegant runner around – at least from the ankles down. 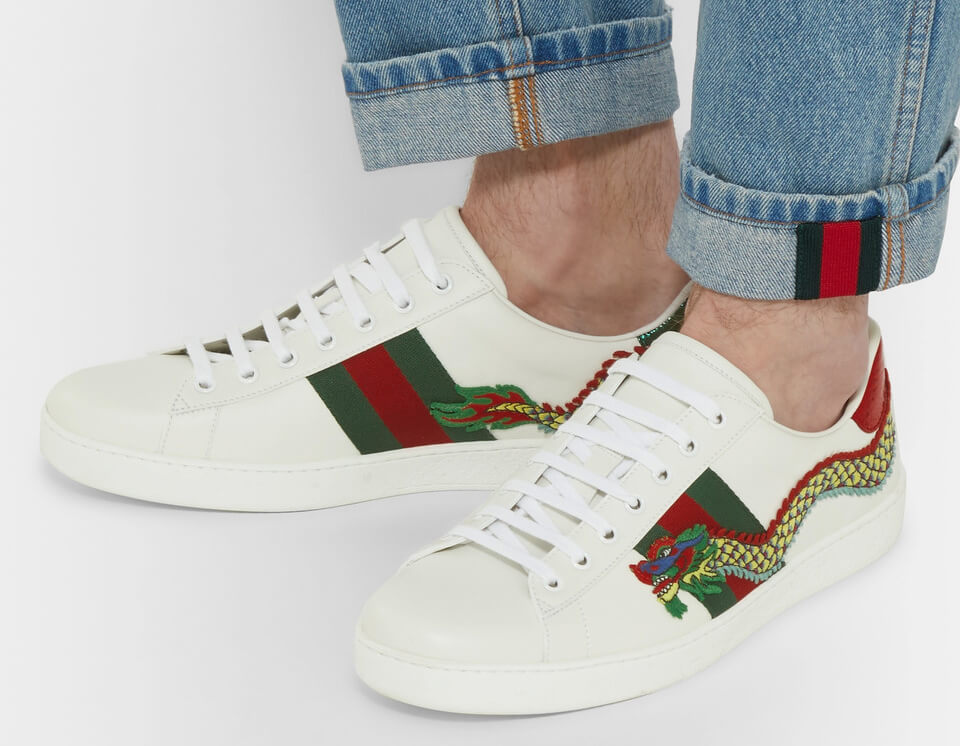 Now for one hell of a sneaker statement. There are plenty of reasons Gucci is one of the coolest fashion labels in the world, and their mythical creatures are just one – but a big one. Here the otherwise simple low sneakers are transformed like a carp up a waterfall with a metallic Chinese dragon. Luck? Power? Strength? For us, the dragon symbolises some serious style cred.