They say all style is cyclical but normally that’s on a little smaller of a scale than every few millennia. Even so it hasn’t stopped bronze making its way onto watches from maisons good and great. The copper alloy seems an odd one to see a renaissance (especially as it went out of mainstream use far before the original one) but it does have its charms.

The unusual colour, the way it patinas as it ages, even the antique / steampunk style it gives watches, there’s plenty to love about bronze. With that in mind, here are the bronze pieces that deserve far better than third place. 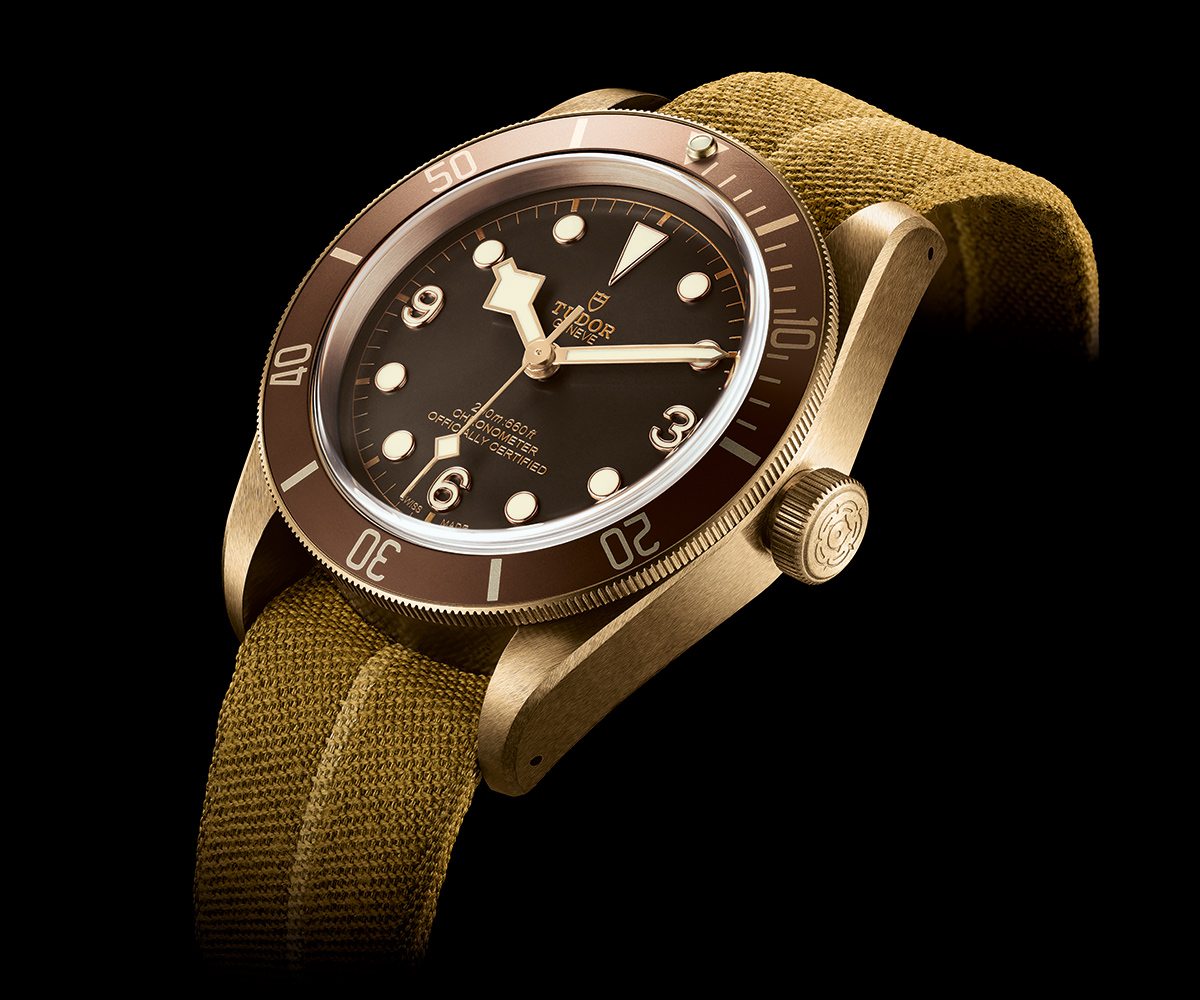 Rolex’s little sister seems unable to put a foot wrong, from the original launch of the Black Bay to the more recent additions to the Pelagos collection. Yet while we tend to think of them as an exciting, modern watchmaker the Heritage Black Bay Bronze is a reminder just how much history is behind the name. Design elements are taken from 1958 and 1970 models while the bronze builds on that antique look of the original French Navy watches. Even the woven strap is inspired by a recovered example made from the elastic from a recovered French parachute – tres rétro. 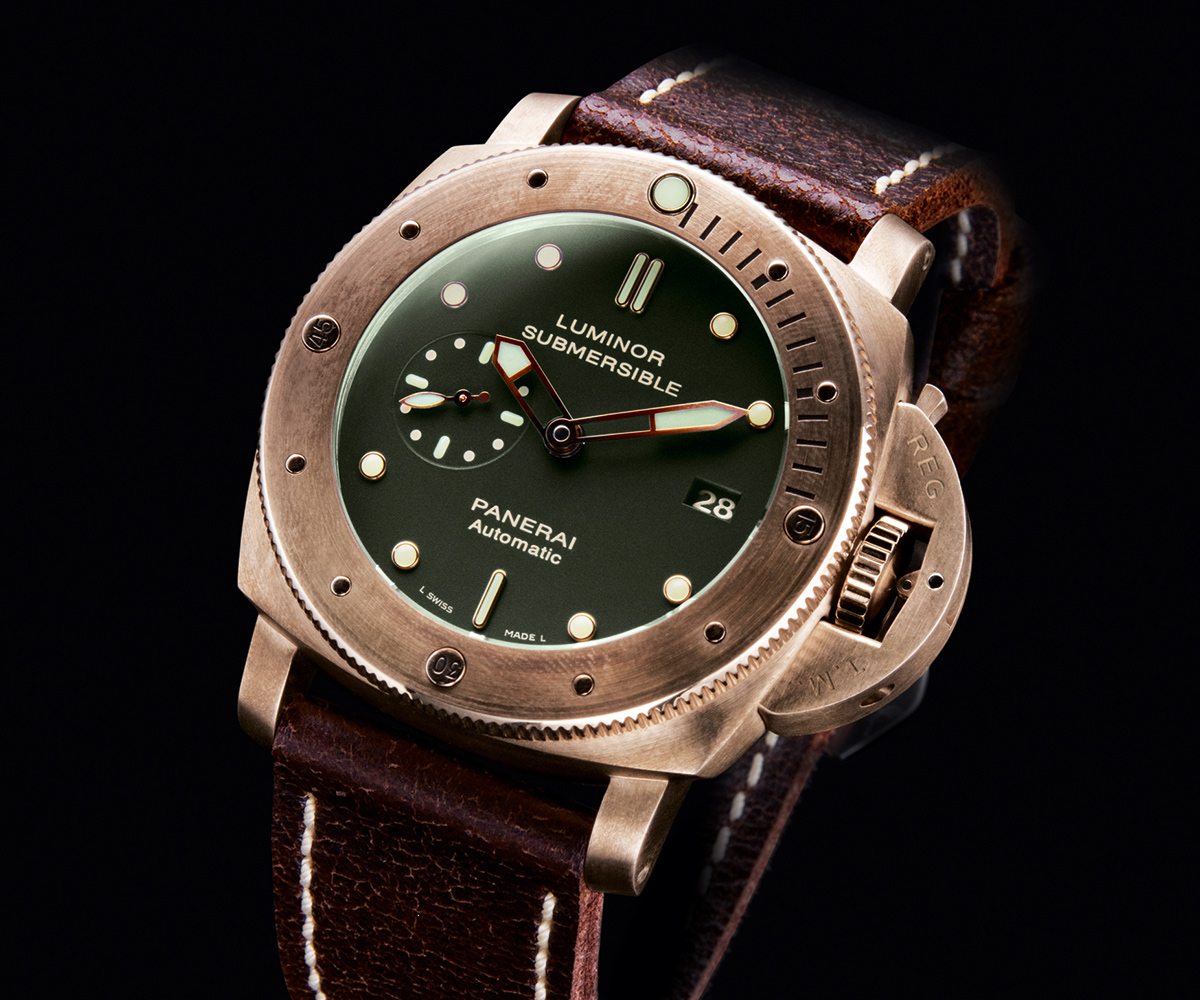 Panerai hasn’t changed all that much in its life; models like the Radiomir and Luminor are only slightly different from the originals over half a century ago. This however is one of the most faithful recreations, in particular of a watch created for the Egyptian Navy, right down to the antique green dial. The material’s natural resistance to seawater corrosion means that it’s more than an aesthetic choice. Even so, the size of the watch creates an ample canvas for the patina that over time will give the Bronzo its own unique character. 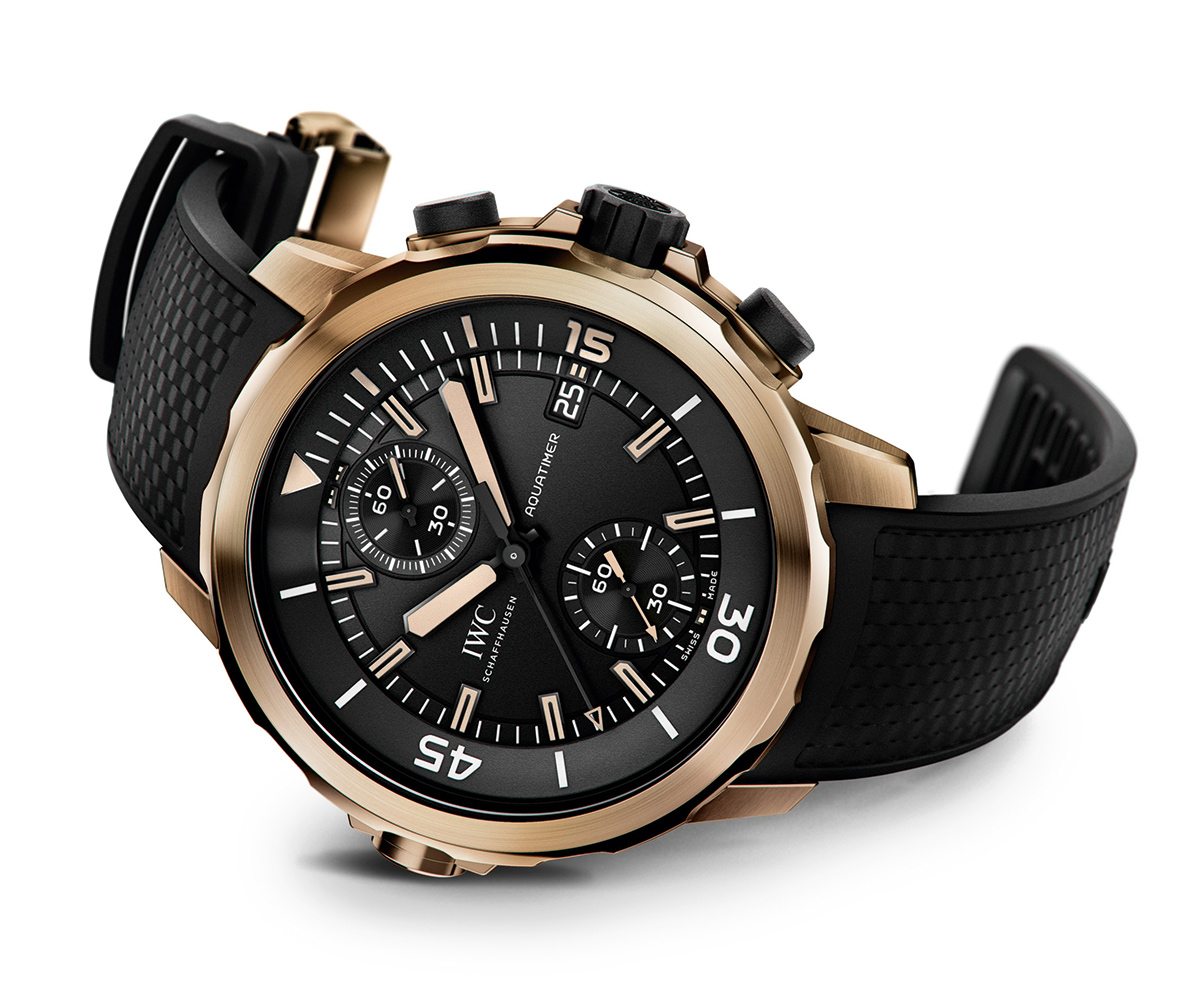 Unless you’re an insular creationist Darwin doesn’t need any kind of introduction. His ship however might. The HMS Beagle was the vessel that ferried the naturalist around the Galapogas islands as he explored his then-revolutionary hypotheses and, as you may have guessed, used a fair amount of bronze, particularly on its instruments. This version of IWC’s latest generation Aquatimer pays homage to that early equipment, though thankfully significantly modernised – enough to make it an exceptional diving watch in its own right. 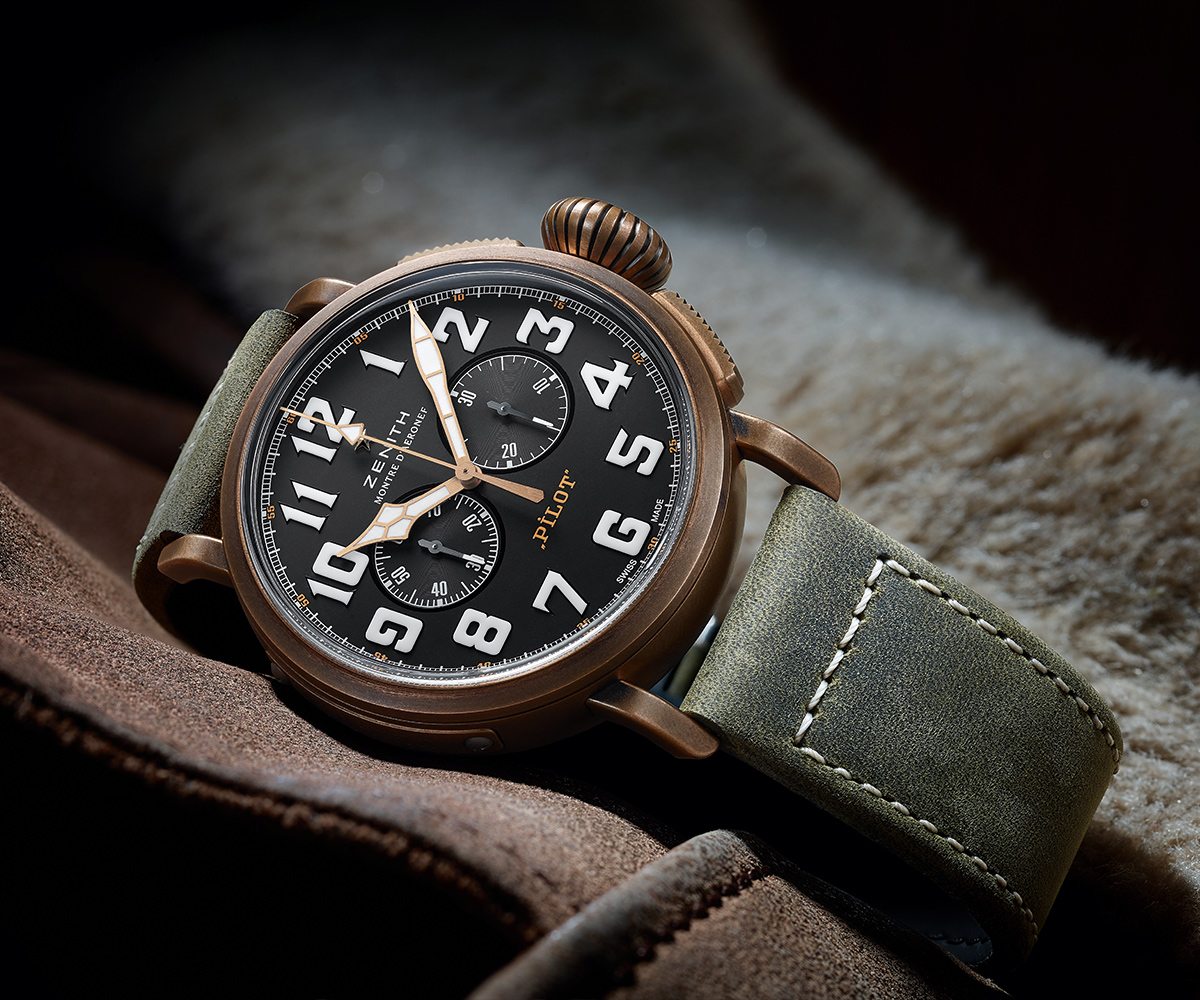 Zenith was hyping the vintage look and feel of cafe racing last year and their bronze-clad iteration of the famous Type 20 was the perfect addition. With its oversize crown the watchmaker’s signature Pilot already has a retro look and with a complimentary antique leather strap this version looks beautifully aged straight out of the box. Give it a few years of gathering a patina and people will swear it’s the watch of some World War II aerial ace. Extra Special indeed. 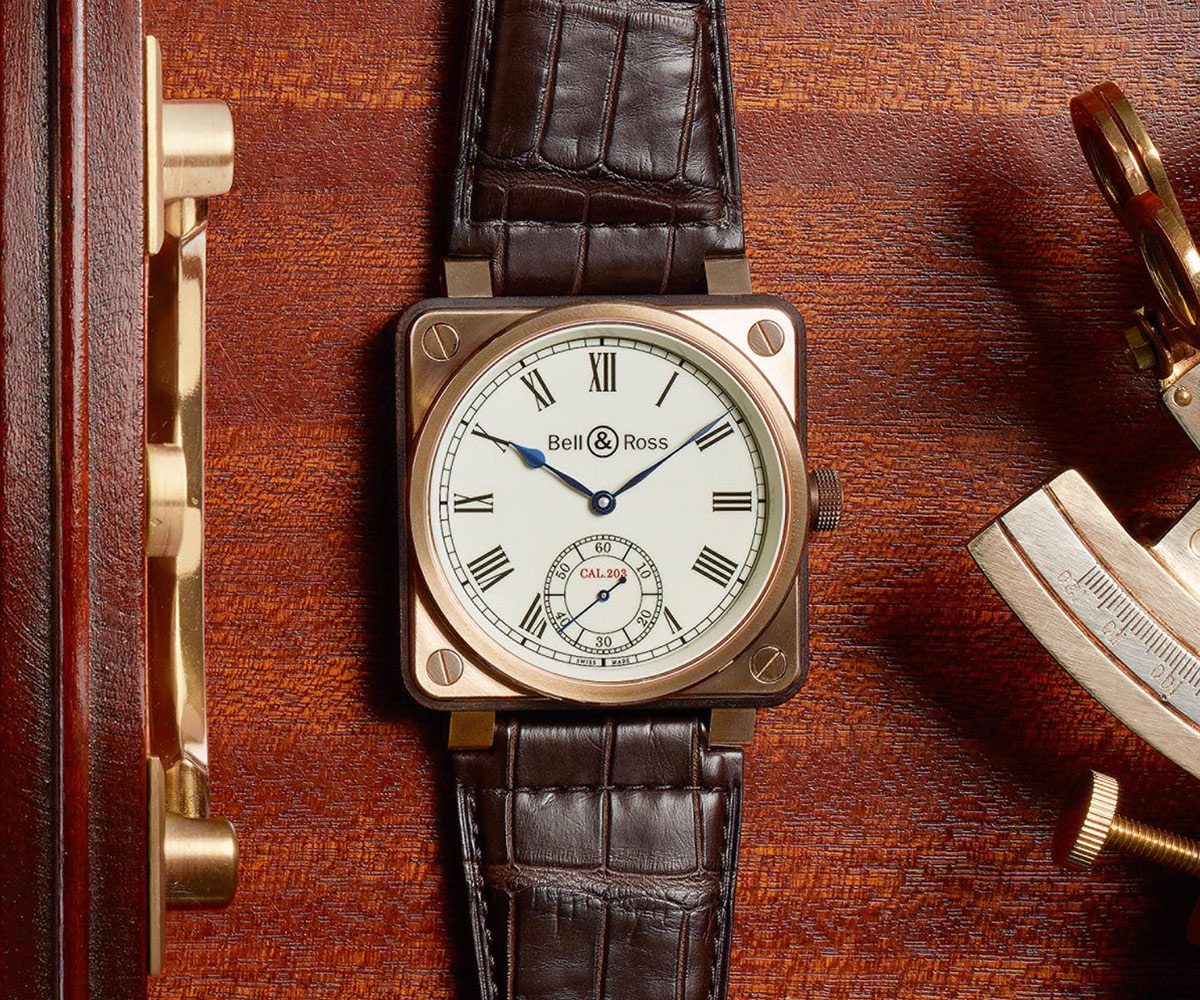 It seems the lot of bronze to be used almost exclusively on re-released relics of the past and this is no exceptional. That said, this isn’t the first time Bell & Ross have used the material; the BR01-92 Skull before it was a far more contemporary use of bronze. Still, there’s something innately appealing about the marine chronometer-inspired Instrument de Marine. The beautifully simple case and classical dial both serve its inspiration well and you can be sure the 46mm case is wonderfully weighty. It might not have B&R’s usual cockpit panel flair but we’re certainly not complaining.

To celebrate the 70th anniversary of the British North Greenland Expedition, Tudor’s arctic...