We all know that football players love to flash the wrist candy. Who else buys Hublot anyway? But what of the guys that are actually in charge, the decision makers in the dugouts, dictating play– shouldn’t they get in on the horological action too?

Well, some of them do, in some cases putting their players to shame. From the cool to the outrageous, here are the six Premier League managers leading the way for their players. 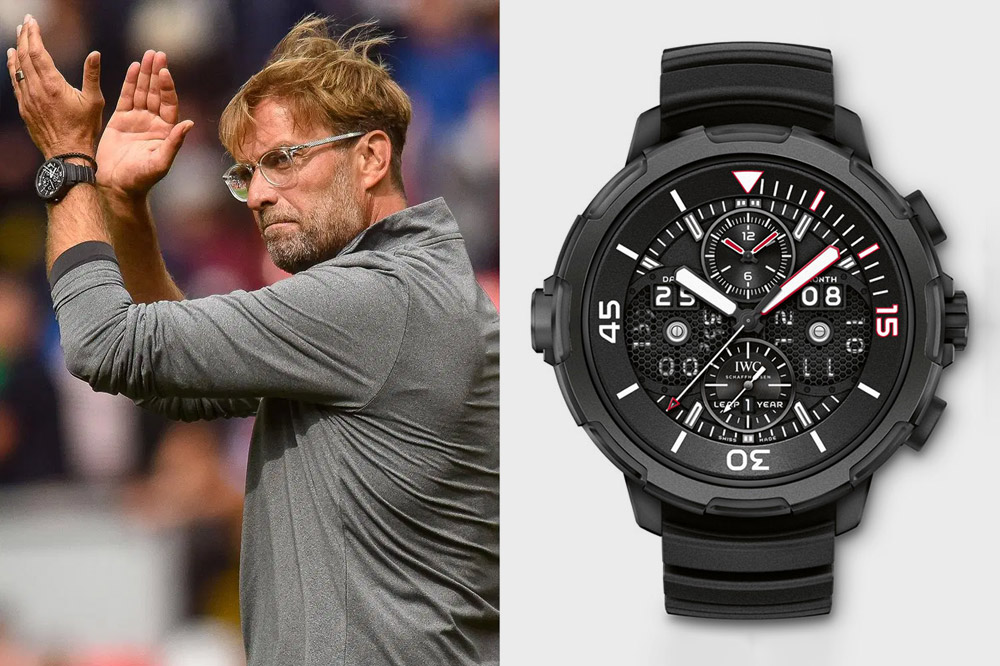 If there’s one manager that you’ll want to keep an eye on throughout a game, it’s Jürgen Klopp. The ever-animated German is pure gold every time a decision goes the ‘wrong’ way, which is great news for IWC. Rather than the usual pilots’ pieces, Klopp opts for the underrated Aquatimer, specifically the Perpetual Calendar Digitate Date-Month Edition “50 Years Aquatimer”. It’s not the most catchy name, but the black Ceratanium – a fusion of ceramic and titanium – case is hard to miss. That said, given Liverpool’s place at the top of the league (for now) Klopp may soon be trading up. 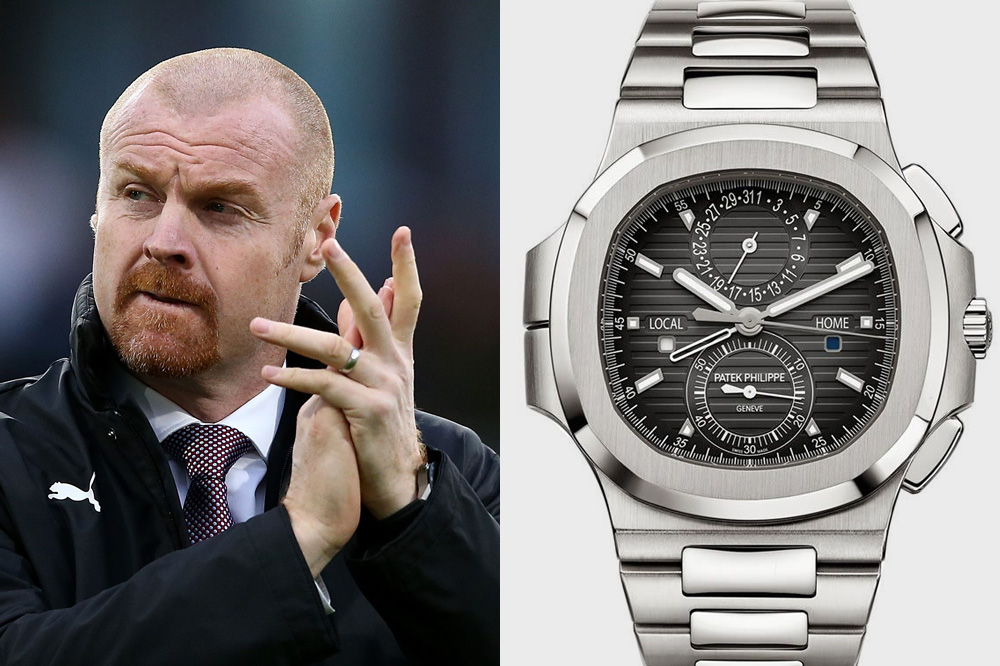 Despite plenty teams out there trading managers as regularly as players, Sean Dyche is a relatively permanent fixture at Burnley. It’s no surprise then that his watch is just as timeless – albeit the kind of timepiece even his players would struggle to get their hands on. His 5990/1A Nautilus Chronograph is an impressive piece of watch. In fact, it’s one of the priciest of any manager in the Premier league. Evidently his tenure at Burnley is treating Dyche well. 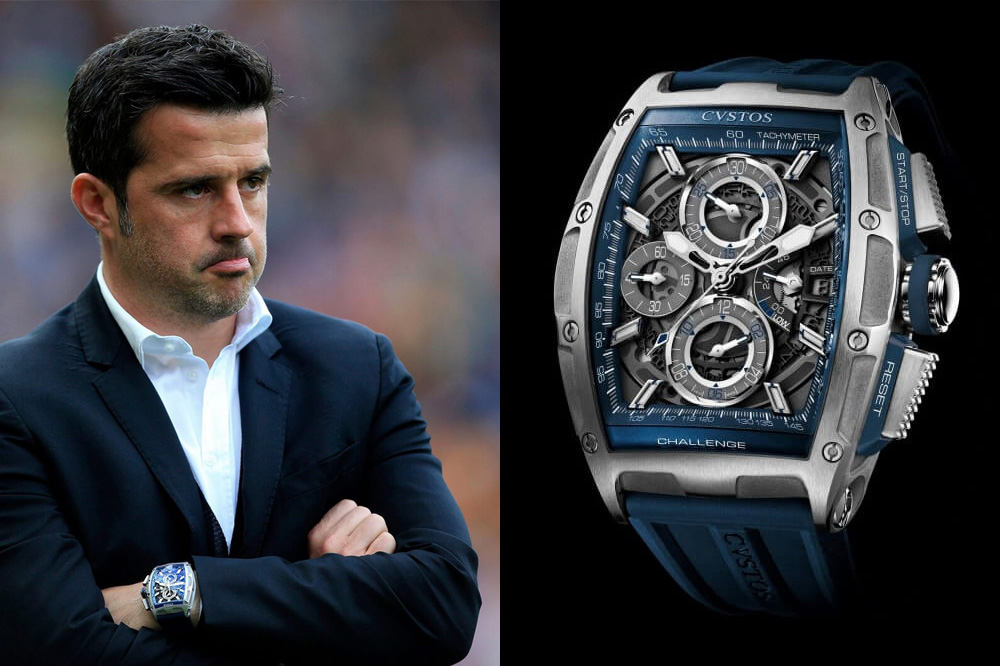 Everton have been fairly inconsistent so far this season, with some forgettable performances. The same can’t be said of their manager’s watch choice however. If you think Richard Mille has impact, check out Cvstos, for whom Silva is an ambassador. The blue and steel grey of this Challenge II Chrono Power Reserve can be seen across the pitch without much of an issue.  It’s certainly a unique choice and the kind of bold move Everton fans will be dreaming about on the pitch.

Incidentally, if you want to find out more about Marco Silva and Cvstos in the manager’s own words, check out our interview here. 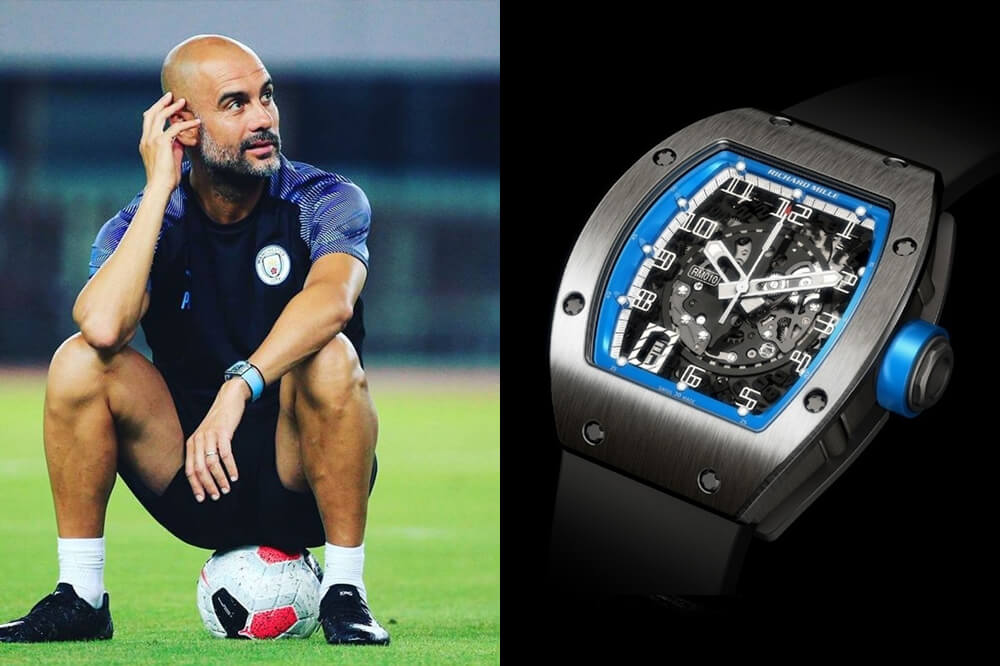 Given their past two league titles, you can understand why Man City manager Pep Guardiola is more than happy to sport his team’s colours. His RM010 Automatic AMC Blue, aside from being a serious piece of wrist candy, has a bezel and strap which are a perfect match for his players’ sky blue jerseys, the latest watch in his longstanding partnership with Richard Mille. Sure, they like to place their watches on the wrists of players to prove their lightness and nigh-indestructibility, but surely some animated arm waving from the sideline counts too?

Any Premier League manager could use a good worldtimer on their wrists. God knows they do enough travelling. Fortunately Tottenham Hotspur manager Mauricio Pochettino, a longtime fan of IWC, got his hands on one of the most handsome out there, the Pilot’s Watch Timezoner Chronograph. It’s a rugged, punchy timepiece with a particularly striking bezel engraved with all 24 time zones and it’s obvious why Pochettino loves it. It also looks like IWC reciprocate the love, given they sponsor the manager’s segment on Tottenham’s YouTube channel. It’s a good thing too; the club needs the money and I doubt Pochettino wants to throw his £10,950 watch into the kitty. 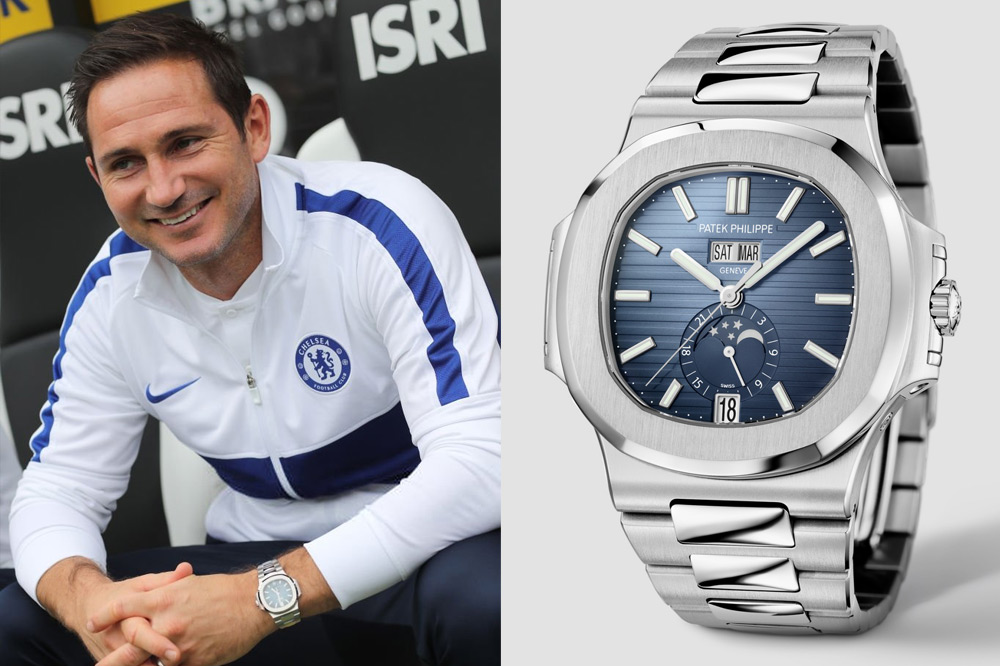 He might be one of the newest managers in the game but at least he’s a veteran when it comes to his watches, showing off a Richard Mille in the past. Still, it’s Patek that’s his one, true horological love and the ex-Chelsea star will be making ripples in the Premier League wrist game with his latest, the Nautilus Reference 5726 Annual Calendar. It’s not got quite the waiting list as it’s time-only sibling but then that’s one of the most popular watches ever made. Frank Lampard has prior of course, previously seen wearing the extravagant white gold Nauti chronograph and the cool, orange-handed Aquanaut chrono, but as far as we’re concerned his most recent is his best. Here’s hoping his managerial decisions prove as great as his horological ones.