Golf is a serious business. From choosing the right clubs (both to swing and drink at) to perfecting your short game, lowering your handicap takes a good deal of discipline. It’s well worth the effort; not only does it let you crush your mid-game business meetings, but having a certain level of skill grants you access to some of the world’s most spectacular golfing locales.

Legendary links and PGA-class courses – there are some fairways that every golfer aspires to. Tens of hours of putting, hundreds of balls at the driving range and the occasional session of private tuition all lead to these world-class courses. Whether it’s here in England, up in the Scottish Highlands or further abroad, these fairways are as spectacular as they are challenging. 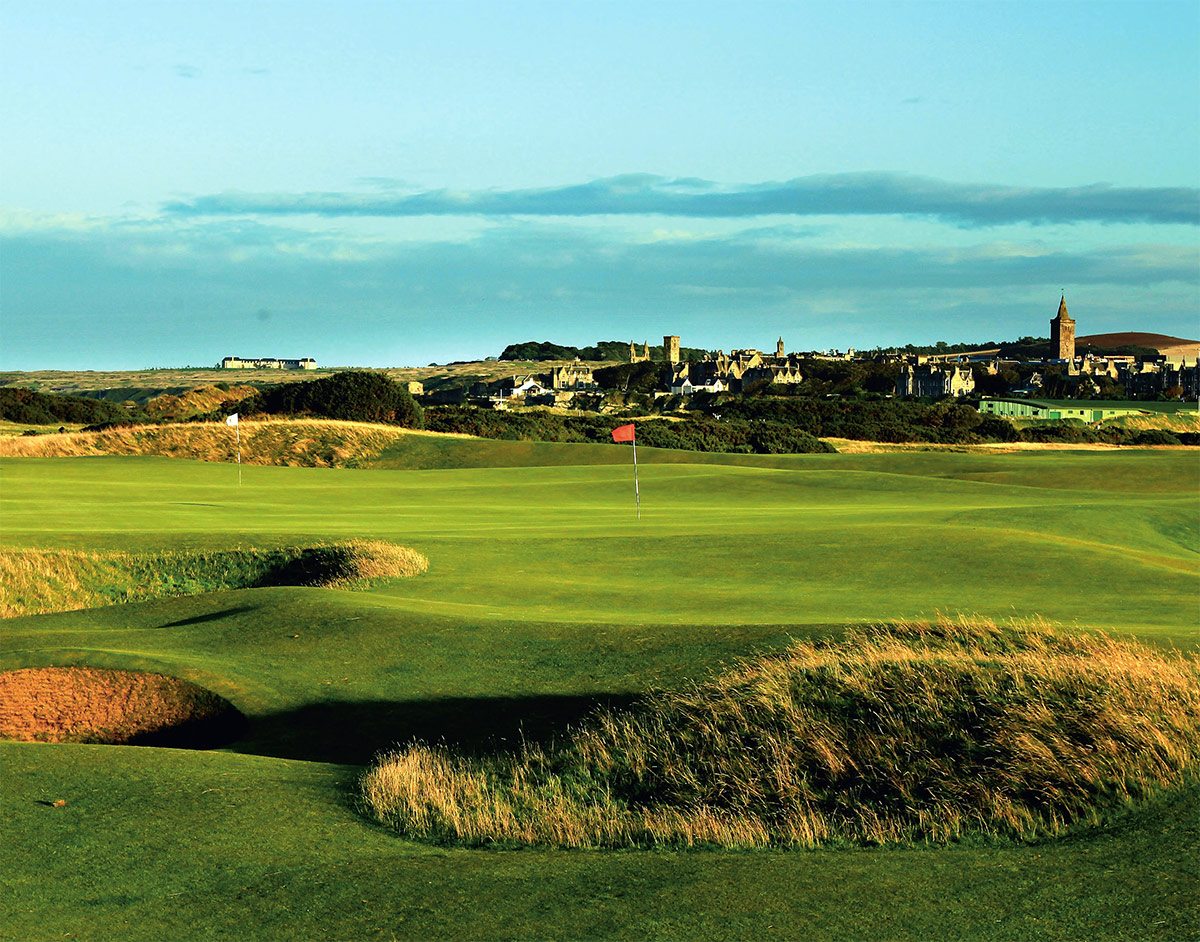 St Andrews needs little in the way of an introduction. If you’ve ever been inclined to hold a club you’ll have heard of the near-mythical home of golf. With seven individual courses sprawling over the Scottish Highlands it’s the largest links in Europe. But as the best golfers ascend to the windswept fairway there’s only one course in their sights: the Old Course.

The Old Course is more than a collection of challenging holes; it’s supposedly where the game of golf originates and has become arguably the most iconic course in the world. It’s certainly not easy, but it’s an experience you won’t soon forget. You’ve not truly played until you’ve made it past the famous Swilcan Bridge and aptly-named Hell Bunker. 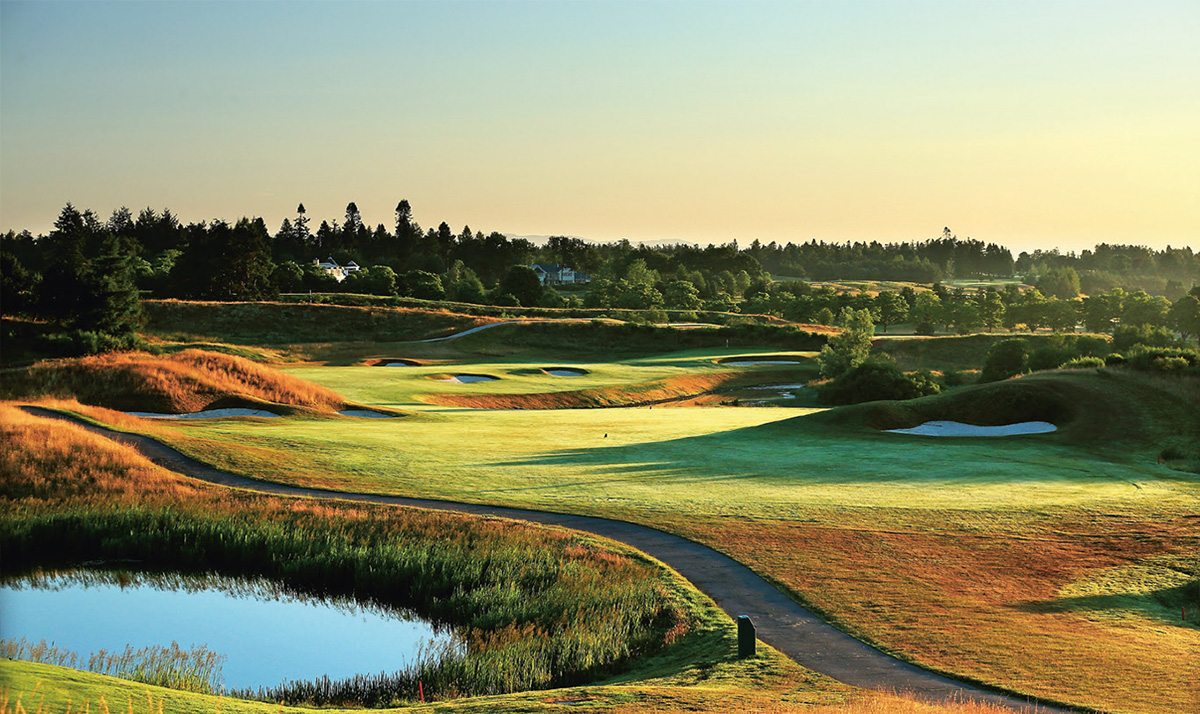 ‘Riviera in the Highlands’ might seem a little oxymoronic, but one visit to glorious Gleneagles illustrates the truth of those words. The sweeping, rugged panoramas are Scotland in the most idealised of senses and while the golf courses aren’t quite as ancient as their neighbours in St Andrews they are still nothing short of spectacular.

Both the King’s and Queen’s courses are as challenging as they are beautiful, while the Jack Nicklaus-designed PGA Centenary course – created for the 2014 Ryder Cup – is a masterpiece of modern golfing architecture. As sporting legend Lee Trevino put it, “If Heaven is as good as this, I sure hope they have some tee times left.” 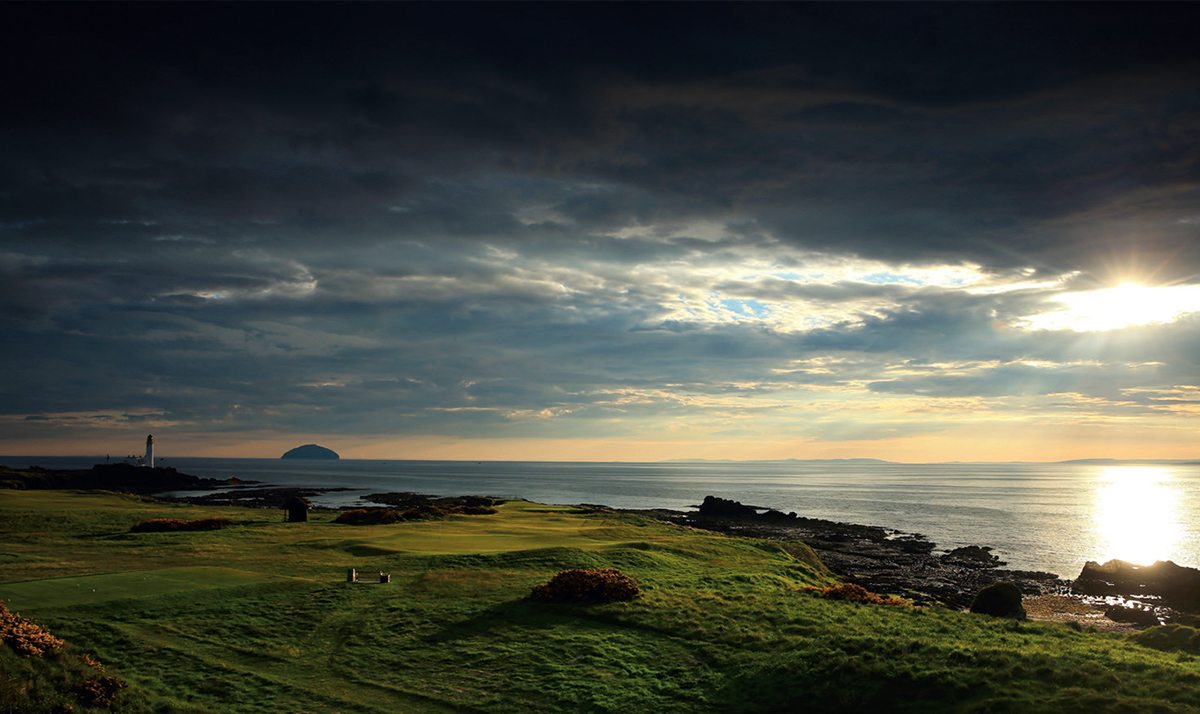 Many would call the courses at Trump Turnberry golf at its purest. These are the lands that first inspired the game and the courses are more rugged than manicured, set alongside the equally unforgiving Ayrshire coastline. Though it’s undergone a few recent changes, the phenomenal Ailsa Course – the most famous of Turnberry’s three – has remained relatively untouched.

The alterations to improve play have had little impact on the landscape and the simple, unfussed fairways that draw golfers to the par-71 course all year round. As dramatic as Macbeth with the backdrop of Arran and Ailsa Craig, you’ll deserve that glass of Scotch back at the clubhouse. 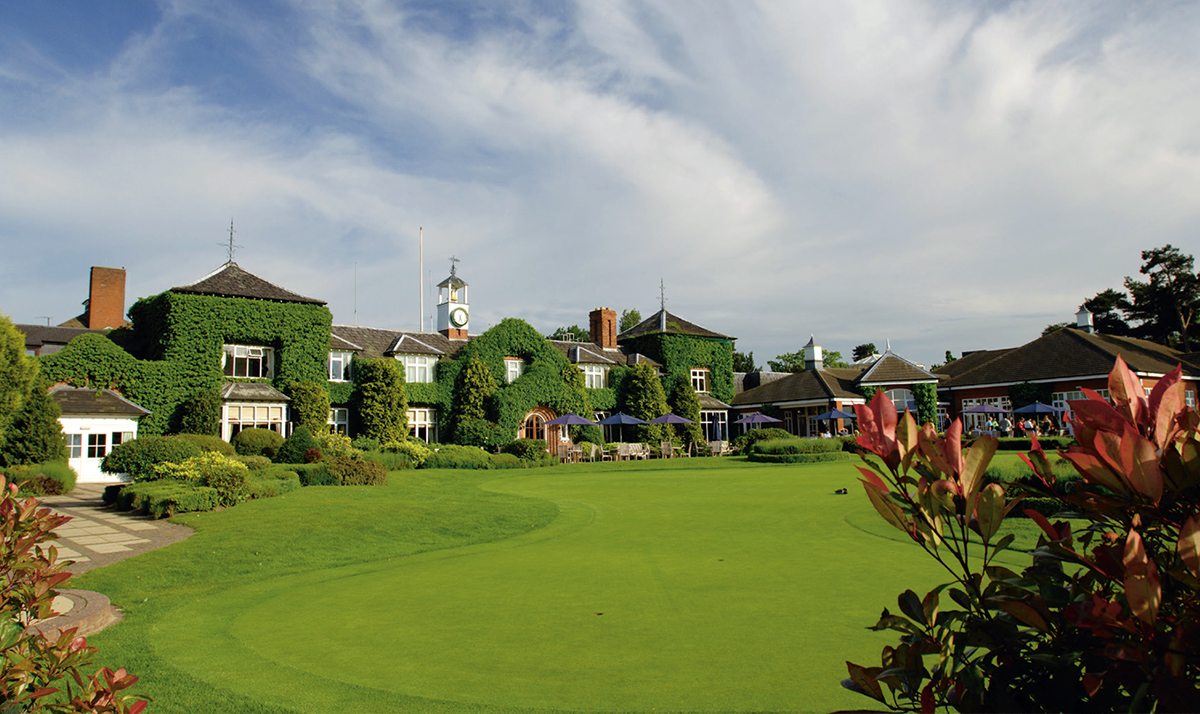 The Belfry has been host to more Ryder Cup matches than any other venue in the world, which goes some way to saying just how important the three courses are. The Brabazon is the most famous of the three and a site of pilgrimage for players worldwide, with the likes of Sam Torrance, Lee Westwood and Christie O’Connor Jr swinging across its hallowed greens.

That’s not to take away from The Belfry’s other courses. The PGA National Course is one of the most difficult in Britain, with fast-running fairways and steep run-offs into bunkers punishing the smallest infraction. Conversely The Derby is one of the easiest designed for a relatively stress-free game across the Warwickshire countryside. 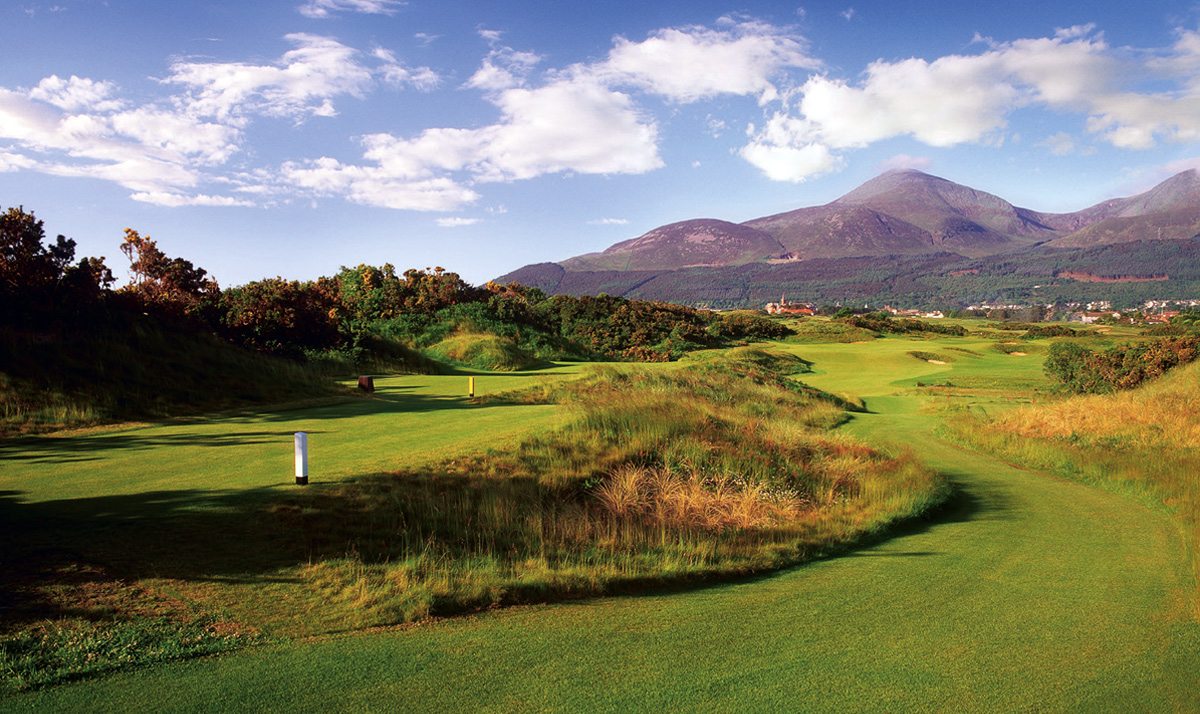 Admit it: you’re planning your next golfing adventure with your buddies right now, aren’t you?

Golf courses are generally beautiful; they’re built to take advantage of the natural charms of wherever they happen to be. Very few, however, can hold a torch to Royal County Down. Set in the Murlough Nature Reserve along Dundrum Bay, make sure you add a good hour to your game simply so you can appreciate the breath-taking surroundings.

That said it is a regular championship course and you might well need to add some extra time to account for difficulty. The extremely narrow fairways boast bearded bunkers and steep greens with roughs of purple heather and golden gorse punishing a stray shot. Still, it gives you ample opportunity to appreciate the 9th hole, possibly the most photographed fairway in the world of golf. 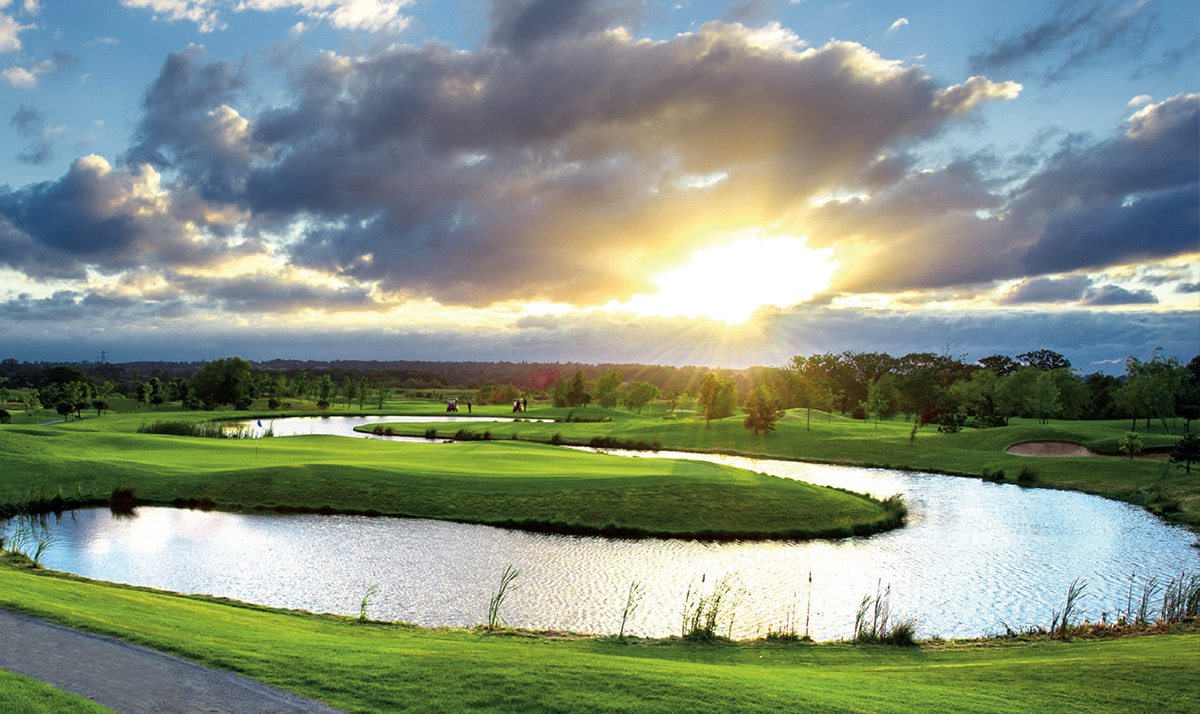 Given the urban sprawl of London, you wouldn’t normally expect to find a miraculously-pristine, expertly-designed golf course anywhere near the city, let alone one that’s no more than an hour from its centre. That, however, is precisely what you get with Seve Ballesteros’ singular UK course, The Shire.

One of the most modern courses of this standard in the world, it’s hard to pin down anything The Shire doesn’t have. Links holes, parkland holes and water holes, multiple tee positions for all abilities, a huge variety of pars and layouts and over 10,000 mature trees – it’s a course that explores every facet of the game. It almost seems unfair to point out its proximity to London, as it’s a round of golf worth travelling any distance for. 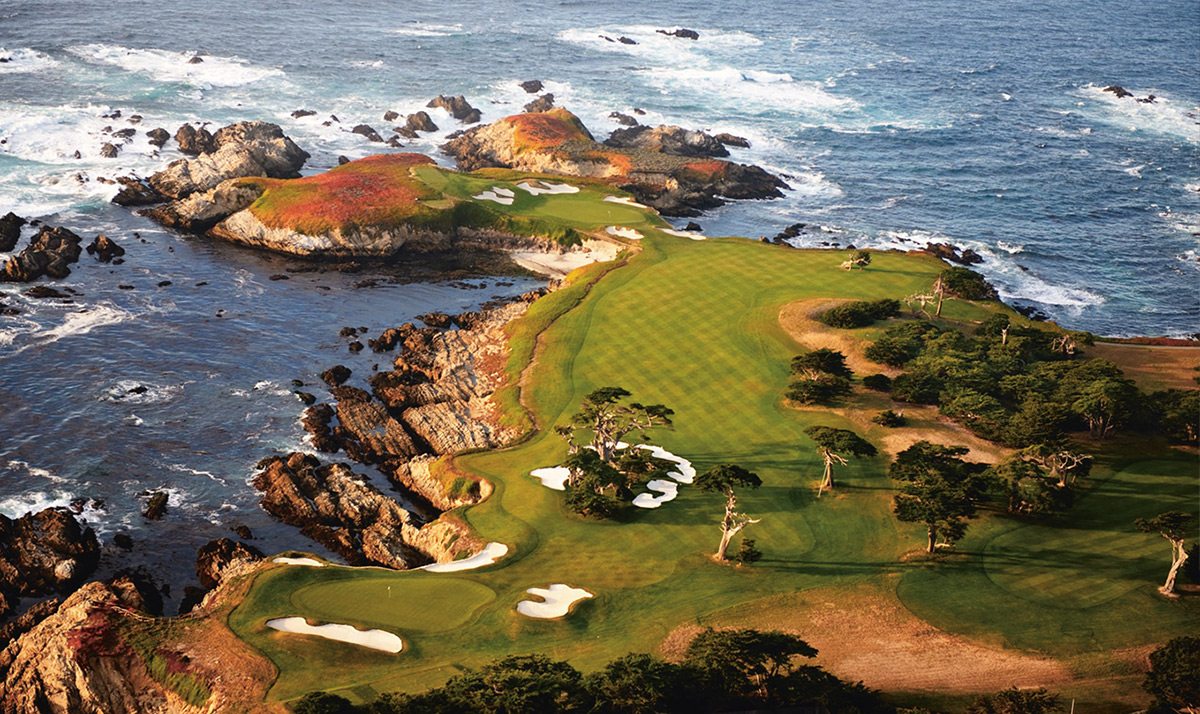 Pebble Beach has no shortage of golf courses with their own fairways and personalities. None, however, are as revered as Cypress Point. Set along the dramatic Pacific coastline, the 18-hole course is something else. Designed by Alistair Mackenzie, Cypress Point is a masterclass in natural golf architecture.

Rather than overpowering the environment, the designer incorporated the coastal curves, sand dunes and steep drop-off into the ocean into the holes. It’s not easy – the 16th hole requires a a 231-yard tee shot over the Pacific itself – but it’s a game you won’t forget. However, with only 100 members you might find playing there is easier said than done; legend has it that even JFK was turned away. 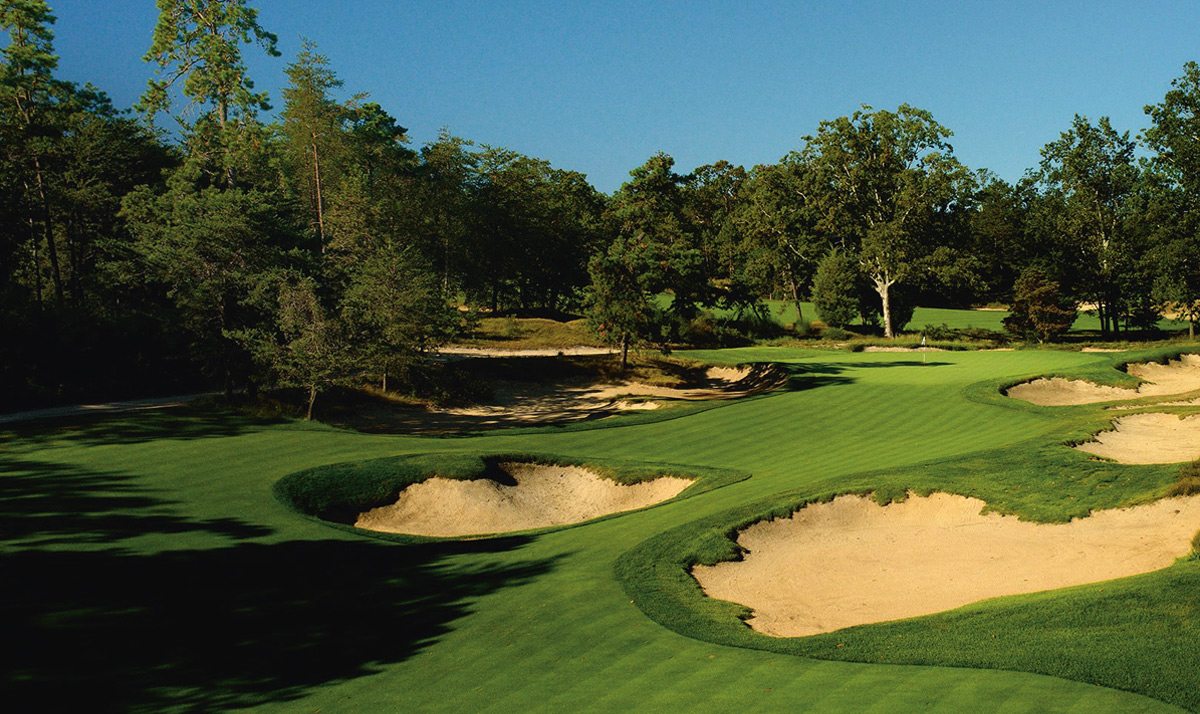 The wooded, 27-hole course of Pine Valley is arguably the most famous in the USA which, in turn, makes it one of the most famous in the world. Hotelier and course creator George Crump enlisted H.S. Colt, A.W. Tillinghast, George C. Thomas Jr. and Walter Travis to design the finest course the world had ever seen. Many would agree that they managed it.

Practically every hole is a masterpiece, blending heroic, penal and strategic golf with gorgeous views. The downside is that it has some of the most difficult fairways in the States. You really do need a high level of skill to play at Pine Valley – that’s if you can get in. Like Cypress Point it’s a famously private club. Still, it’s good to have a goal in mind for all that practicing. 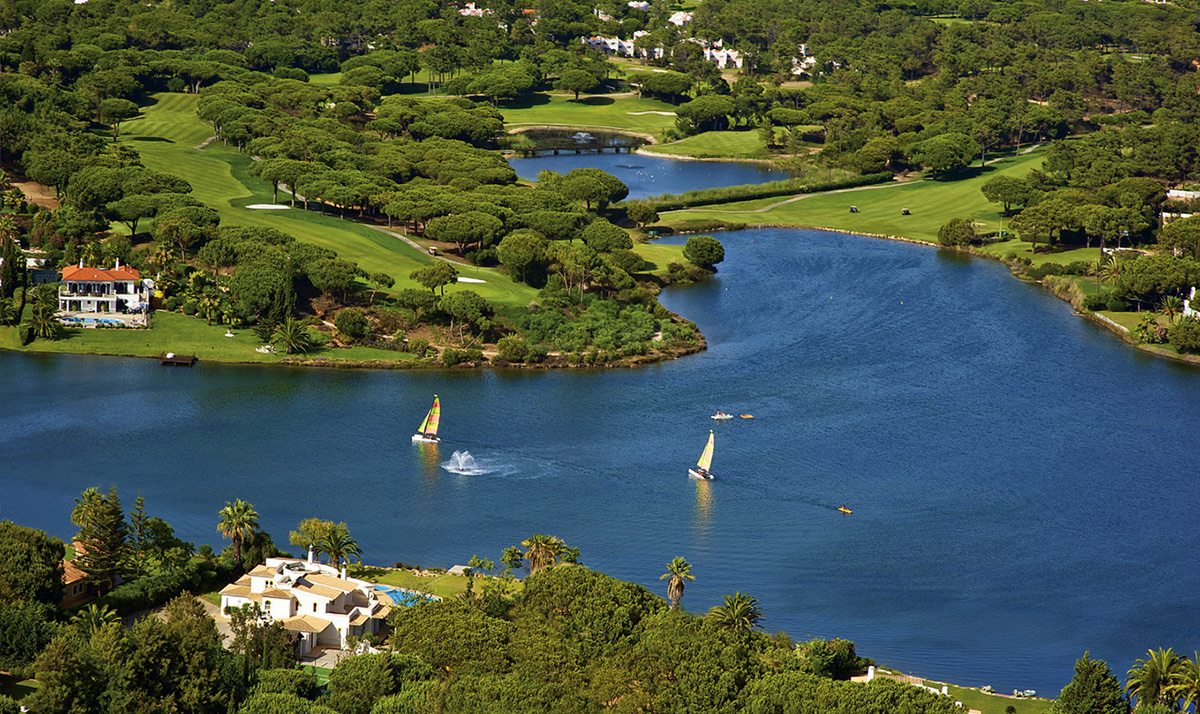 Having a golf course in your backyard is a dream for plenty of players out there. Now imagine if that course was also regularly hailed as the finest in Europe. That is Quinta do Lago. The three courses were designed by golf architect Beau Welling and Ryder Cup champion Paul McGinley with strategy in mind, creating fairways that need precision above all else. Not that it’s clinical by any means. Spread across 2,000 acres of the stunning Ria Formosa Natural Park, the courses make the most of the Algarve’s sun-drenched scenery with vast greens and beautiful open spaces. The South Course is a particular highlight and regular host to the Portuguese Open. To think, most residential developments are lucky if they have a tennis court… 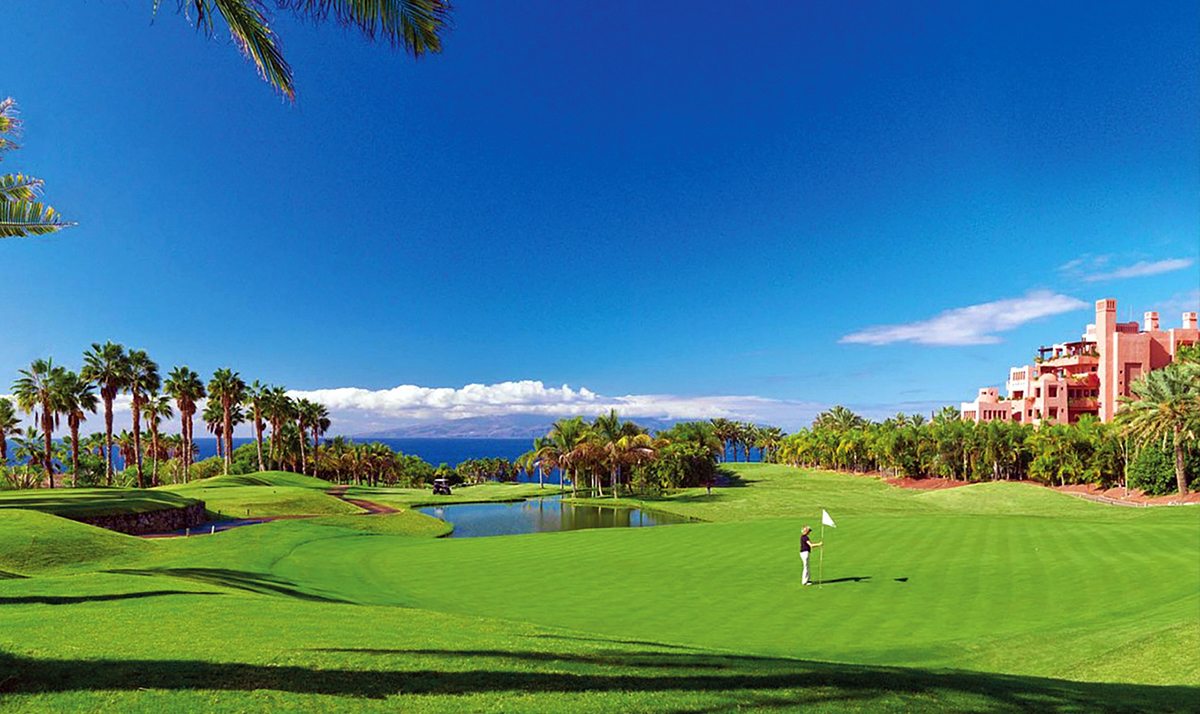 Dave Thomas certainly has no shortage of golf courses to his name. As an architect he was responsible for designing almost as many fairways as he played on during his professional career. Of all those courses the finest is without a doubt that of Tenerife resort Abama.

Granted, everything seems better drenched in warm tropical sunlight, but the course would have its charms no matter the climate. The choice of large greens and wide tee areas make it a wonderfully versatile course, while the views past the resort itself are stunning. It’s the most casual of our selection but, thanks to that aforementioned versatility, can still offer a decent challenge. More importantly the clubhouse does pretty good cocktails – it’s hot after all. 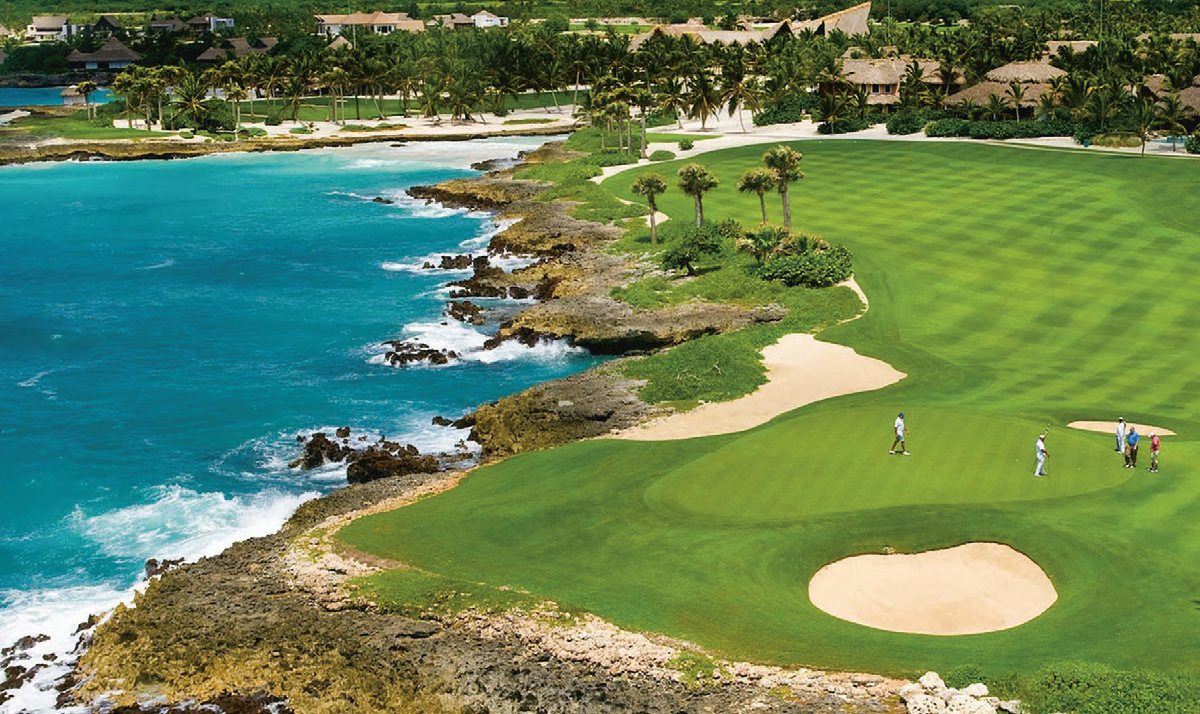 This is about as far away as the frigid Highlands of Scotland as you can get. Taking in the turquoise waters and crystal sands of the Dominican Republic, the three Jack Nicklaus-designed courses of Cap Cana blend perfectly into the environment. Of the three however it’s Punta Espada that stands out above the rest. Between the natural charms of the Caribbean island and the intricate fairways that make best use of them, the course is as beautiful as it is testing. The 13th hole is especially tricky, a par-3 with a tee shot over the ocean. Cliffs, beaches, waterfalls and a decent challenge… it’s the closest thing to playing in golfing paradise.