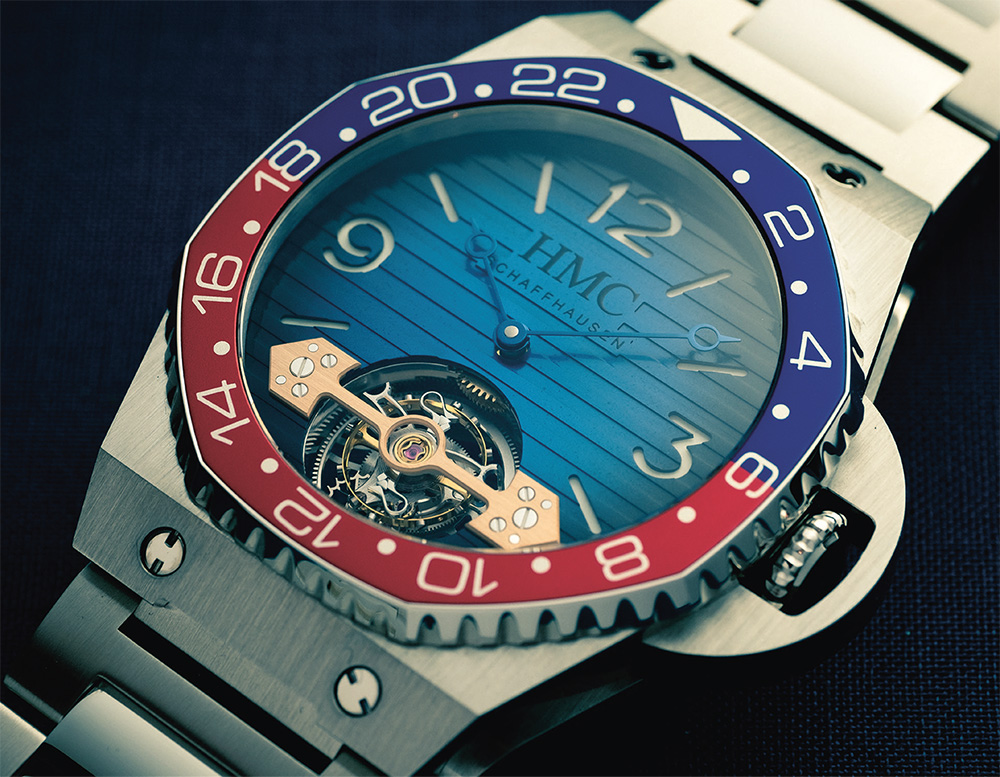 As is only natural, the smaller guys are overshadowed by the big boys. You don’t believe me? Who gets more coverage at a motor show, Ferrari or Sbarro? Which pen brand springs to mind first: Montblanc or Marlen? So it is with watches, the independents having to compete with the sheer scale and presence (let alone budgets) of Rolex, the whole of the Swatch Group, Cartier, Patek Philippe and other globally-known brands.

At the 2018 Salon International de la Haute Horlogerie (SIHH), which is the January event for the brands in the Richemont Group that owns Cartier, IWC and a dozen others, plus a handful of partners, visitors were able to enjoy the fruits of the boutique brands. Generously, SIHH has welcomed these products of the watch revolution, 17 haute horlogerie manufacturers conveniently grouped together in a hall named the Carré des Horlogers.

Baselworld used to separate a number of independents from the throng, in a sociable, tent-like structure called the Palace, but that’s now closed. Instead, the small brands are sprinkled throughout the main show, so a number have abandoned Baselworld for the comfort of SIHH. How’s this for a roster of specialists? Armin Strom, Christophe Claret, DeWitt, Élégante by F.P.Journe, Ferdinand Berthoud, Grönefeld, H. Moser & Cie, Hautlence, HYT, Kari Voutilainen, Laurent Ferrier, MB&F, Ressence, Romain Gauthier, RJ-Romain Jerome, Speake-Marin and Urwerk. 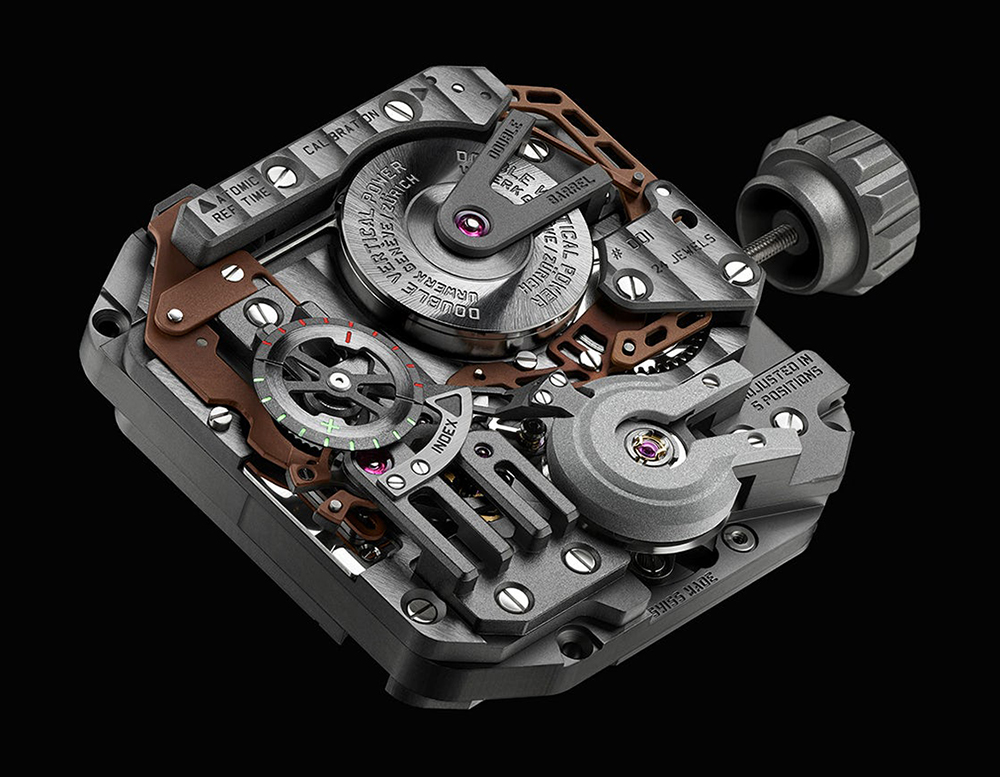 While some will do both shows, for the majority SIHH is an opportunity to unveil something exceptional, with perhaps the quintessential brand for revealing something mind-blowing being Urwerk. Visitors were greeted by a huge chunk of metal that looked like the oil sump to a 1959 Austin Mini. This hollowed-out container will form the chassis of the control centre for the company’s latest disruptive masterpiece, the AMC. We only saw the movement – the entire watch should be ready for Baselworld – but it was explained it’s inspired by Breguet’s Sympathique of 1795. This consisted of a ‘host’ clock, into which the owner then placed his pocket watch. The clock would then set and regulate the pocket watch for the next day. Urwerk updated this to incorporate an atomic clock. The AMC ‘chassis’ performs the same functions as Breguet’s Sympathique: it winds, sets and regulates the partnering Urwerk watch, which the user then places in a cradle in the case of the atomic clock itself. Speake-Marin, its eponymous founder having moved on to new projects, showed a revised range, arguably more commercial but no less adventurous. 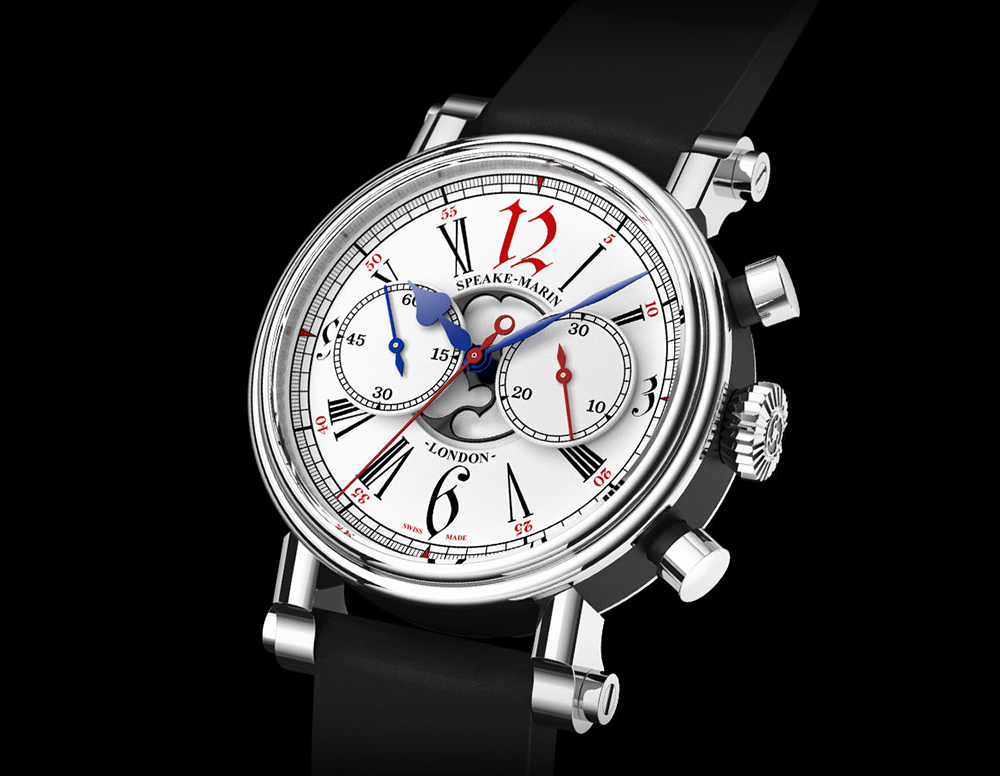 While there are tourbillons and other complications over which to enthuse, the eye-catcher is the rather cool throwback to the days of Carnaby Street and mods and everything else Paul Weller copied when he created The Jam. Appropriately called the London Chronograph, this red-white-and-blue beauty is a two-counter/two-pusher design with a layered dial that provides a 3D look. Peter Speake- Marin may have moved on, but this screams ‘British’ as forcefully as naming a watch ‘Piccadilly’.

Speaking of wild colours, H. Moser had both a withdrawn honey of a watch, and a gorgeous limited edition that almost makes up for the removal of the former. With astonishing wit, the company produced a one-off mash-up of a tourbillon diving watch that would have been the ultimate conversation piece at a Red Bar event: guessing which detail came from which brand. Alas, one of the brands being honoured objected, so this will forever have to remain a footnote in watch history.

Instead, Moser delivered a perfect example of minimalism-with-style in the form of the Swiss Alp Watch Concept Cosmic Green. This rectangular design is limited to 20 pieces, is powered by the hand-wound HMC 324 calibre with a minimum 4-day power reserve, and sports a green dial that can only be described as ‘gorgeous’. 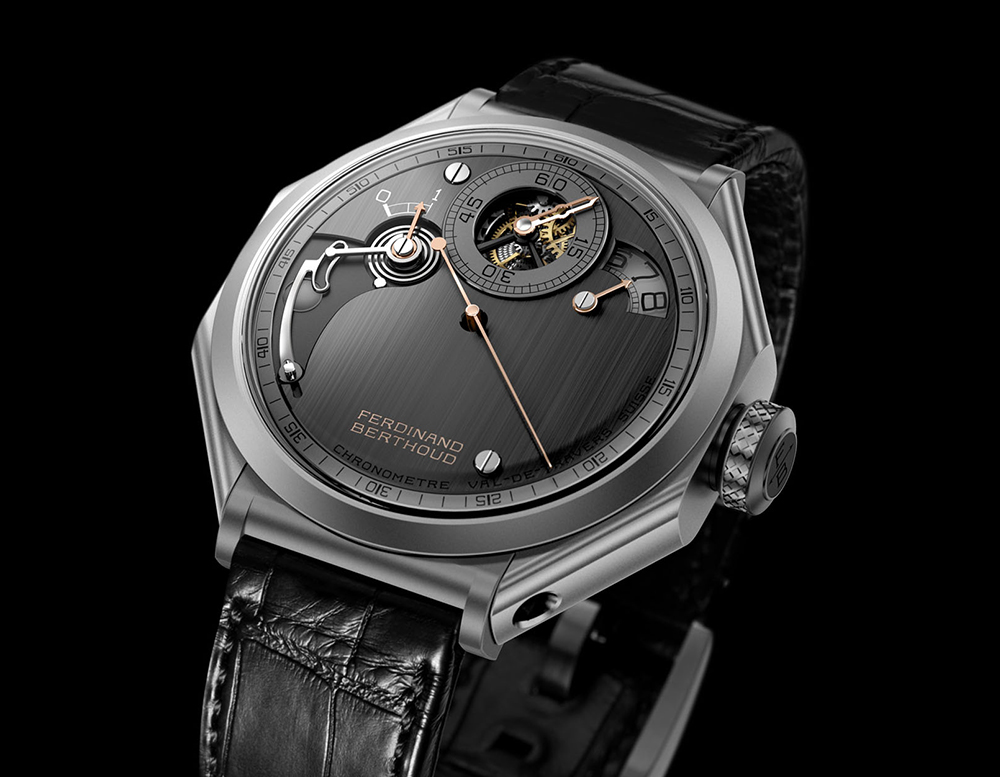 While the Moser goes for utter simplicity, Chopard’s companion brand, Ferdinand Berthoud, managed to create a dial that fools you into thinking it is minimalist but isn’t at all. There’s a lot of blank space on the dial of the Chronomètre Ferdinand Berthoud FB 1R.6-1, but the watch accommodates a tourbillon and the visibly-occupied sector shows the seconds as the main function via the watch’s only full-length hand from the centre, and it’s linked to the tourbillon. Hours appear in a small arched window at 2 o’clock and minutes are shown in sub-dial at 12 o’clock. Completing this array is a power reserve display at 10 o’clock. It’s very much a fabulous piece for the connoisseur. 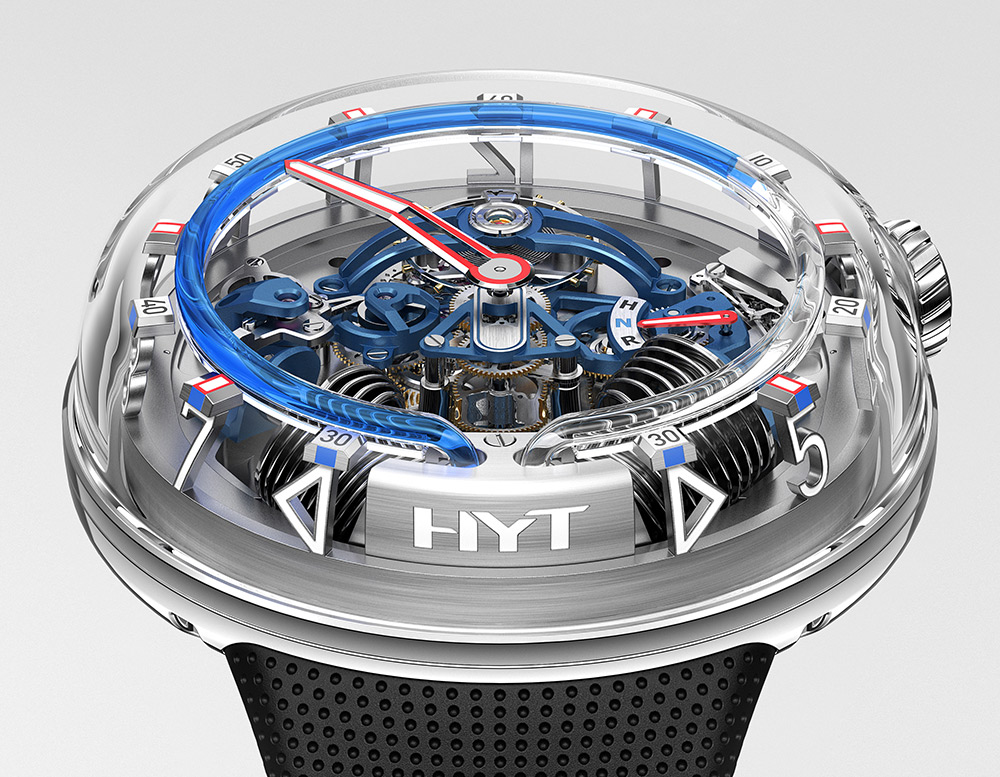 Eschewing the historical mien of the Berthoud – indeed, it’s so modern that your only surprise is that it’s not a battery-driven smartwatch – was HYT, known for a display that employs coloured fluids in a circumferential tube to mark the hours. The new H20 is the most vivid showing yet of this truly unique system, the movement housed in a massive sapphire case that truly lets the owner see every little detail, not that they were all-that-hidden before. 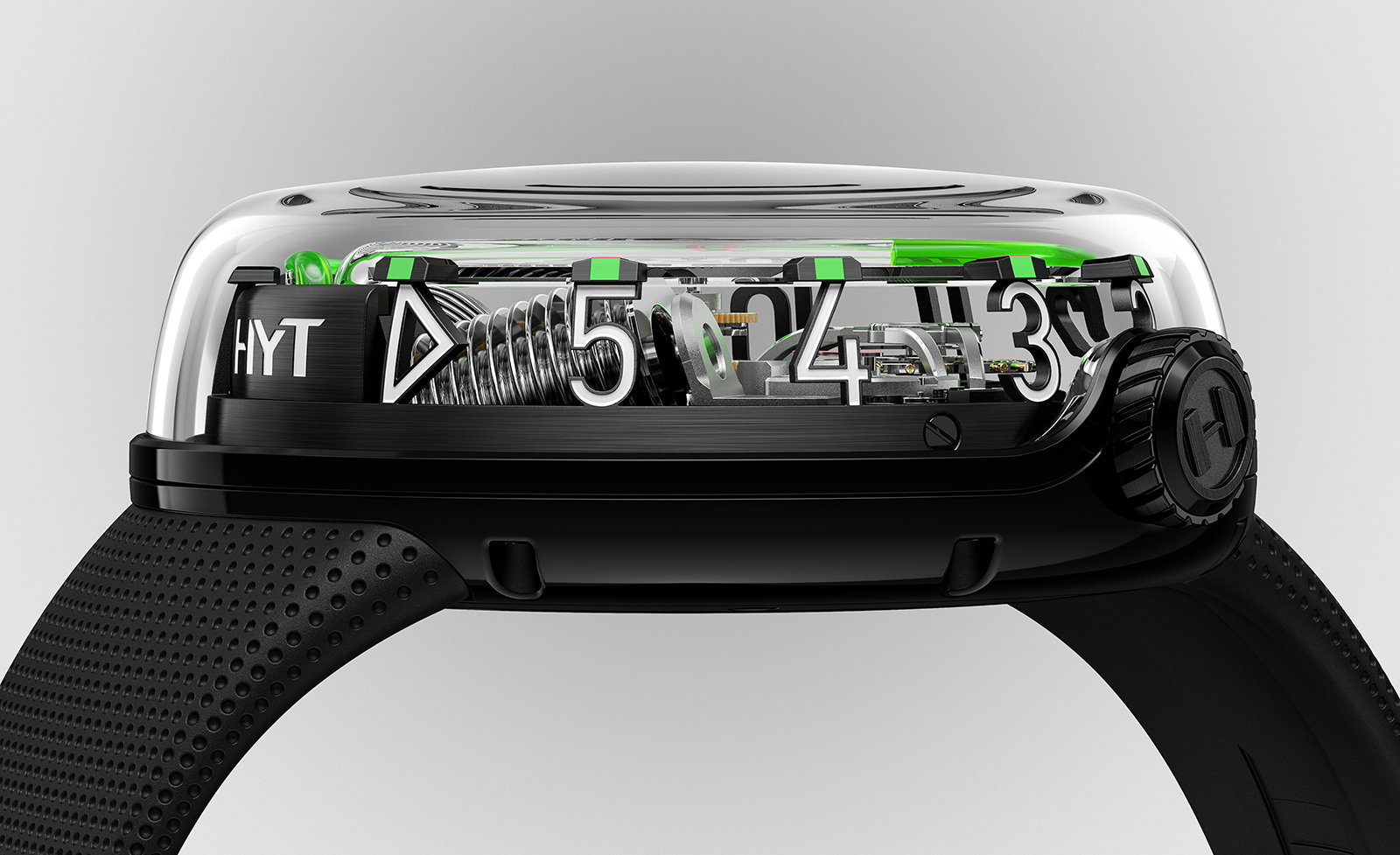 While I was never drawn to the technology previously, this made me a believer: the owner sees the movement’s bellows system, a jumping minute hand, crown position indicator and thermal indicator – what a view! HYT will issue two limited editions of the H20, each of 25 numbered pieces, one in black with bright green fluid and the other in a silver-coloured case with deep blue liquid. 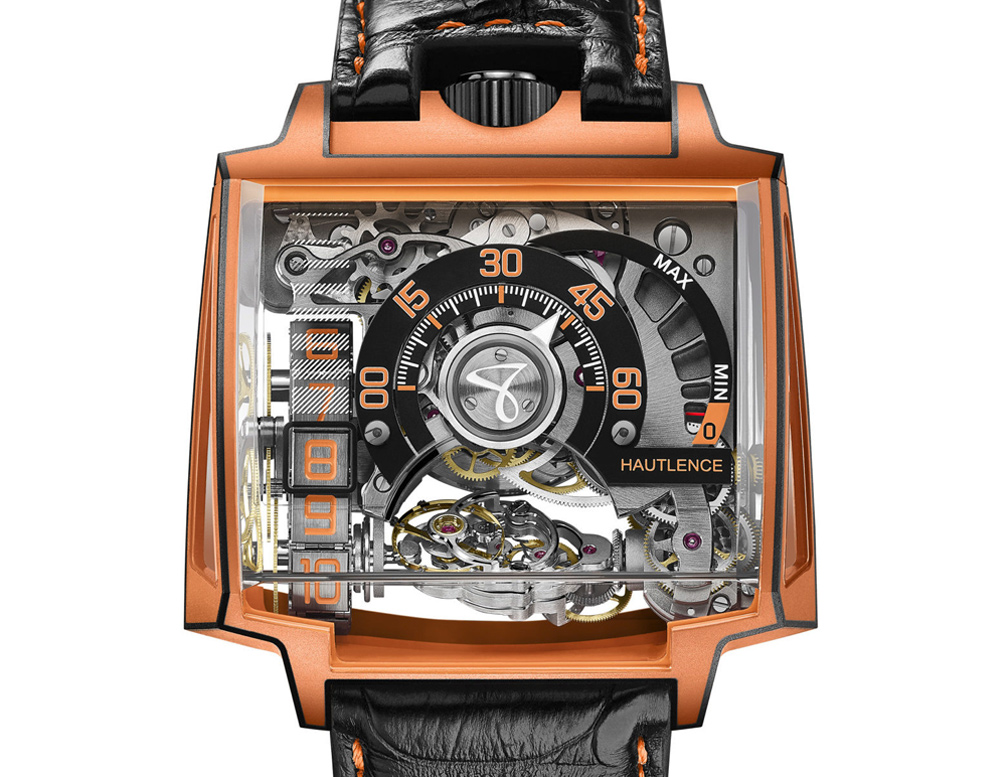 If see-through cases, eccentric displays and bold cars suit your image, Hautlence’s Vortex Gamma Magma deserves your attention. As the name suggests – redolent as it is of 3D shooters and films that star Dolph Lundgren – this is ultra-macho, a square-ish 52x50mm form with digital read-out for hours, retrograde minutes in the middle and a case made of a new composite in orange-and- black called HLLightColor, with horns of Grade 5 titanium. Hautlence says any colour is possible, but the Halloween hues certainly ensure this watch will be noticed.

By my calculation, the Carré hall alone featured at least 100 new watches, and the above merely emphasise the diversity. If there’s such a thing as multiculturalism in horology, then the Carré is the watch equivalent of Shoreditch. Beards and tattoos, however, are not mandatory.