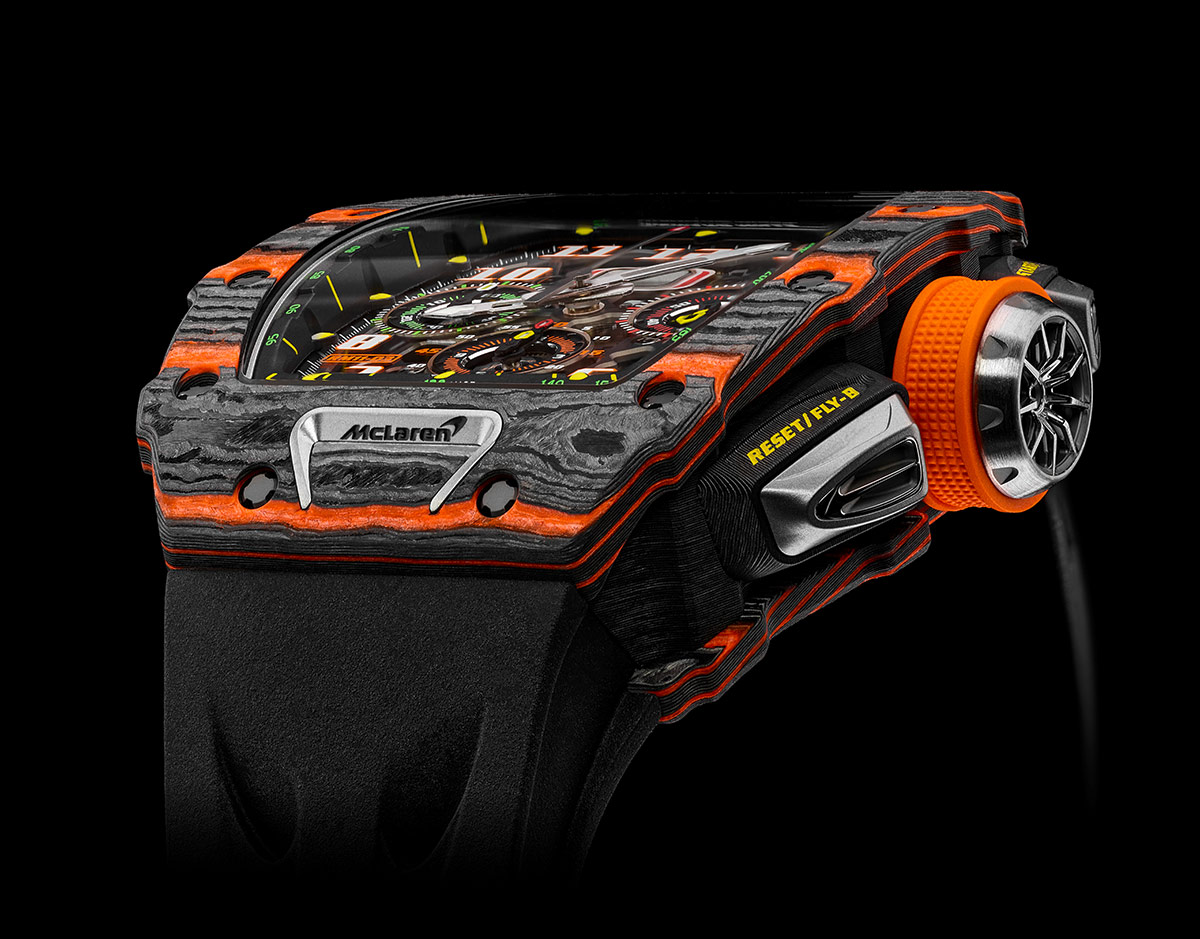 Richard Mille and McLaren is a partnership made in heaven. Both brands push the boundaries of their respective industries and place emphasis on extreme performance, technical innovation and of course, scarcity. Following on from the official agreement last year, they have finally released their first official collaboration, the RM 11-03 McLaren. 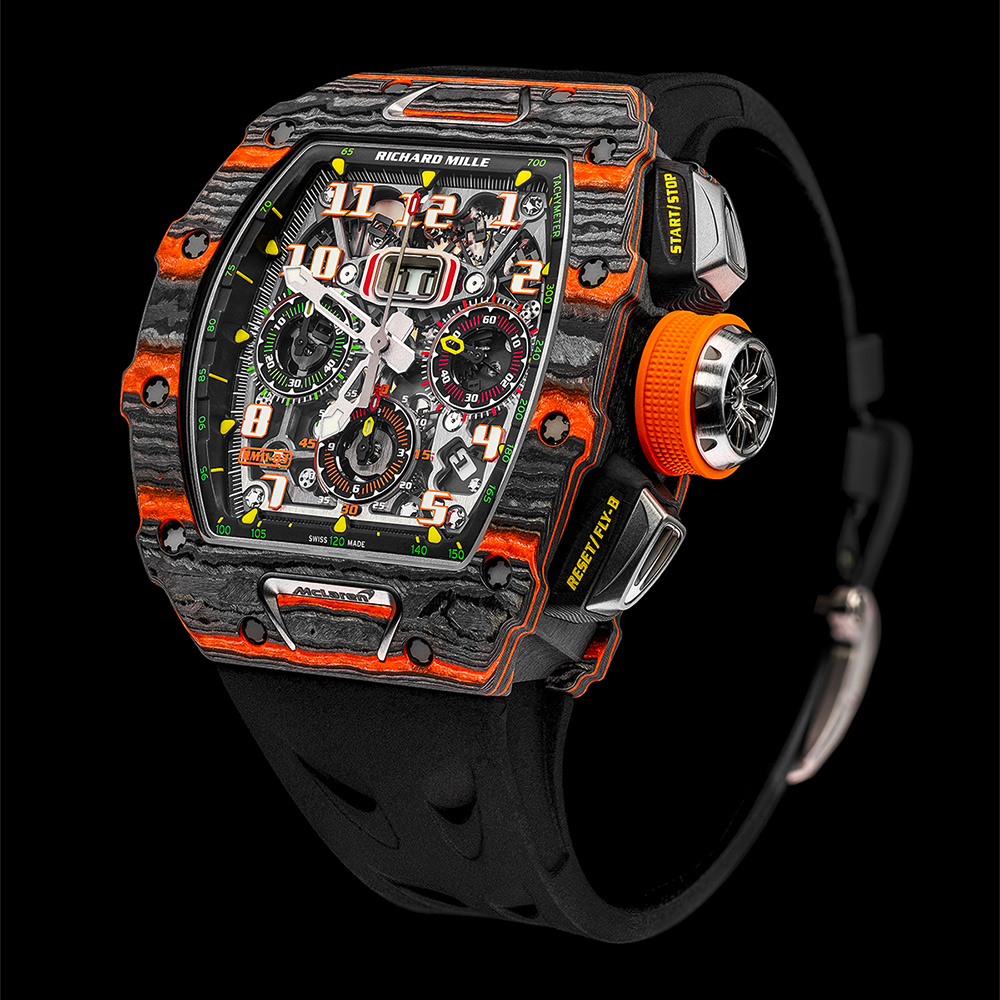 The RM11-03 McLaren will follow the same ethos as the ‘standard’ RM11-03, but thanks to the close work between McLaren’s Design Director Rob Melville & Richard Mille Engineer Fabrice Namura, the M11-03 McLaren has learned a good amount from McLaren. For instance, the monopushers used to activate and reset the chronograph function resemble the 720’s headlights, while the orange rubber-coated crown houses a 9-spoked Mclaren wheel at its centre. 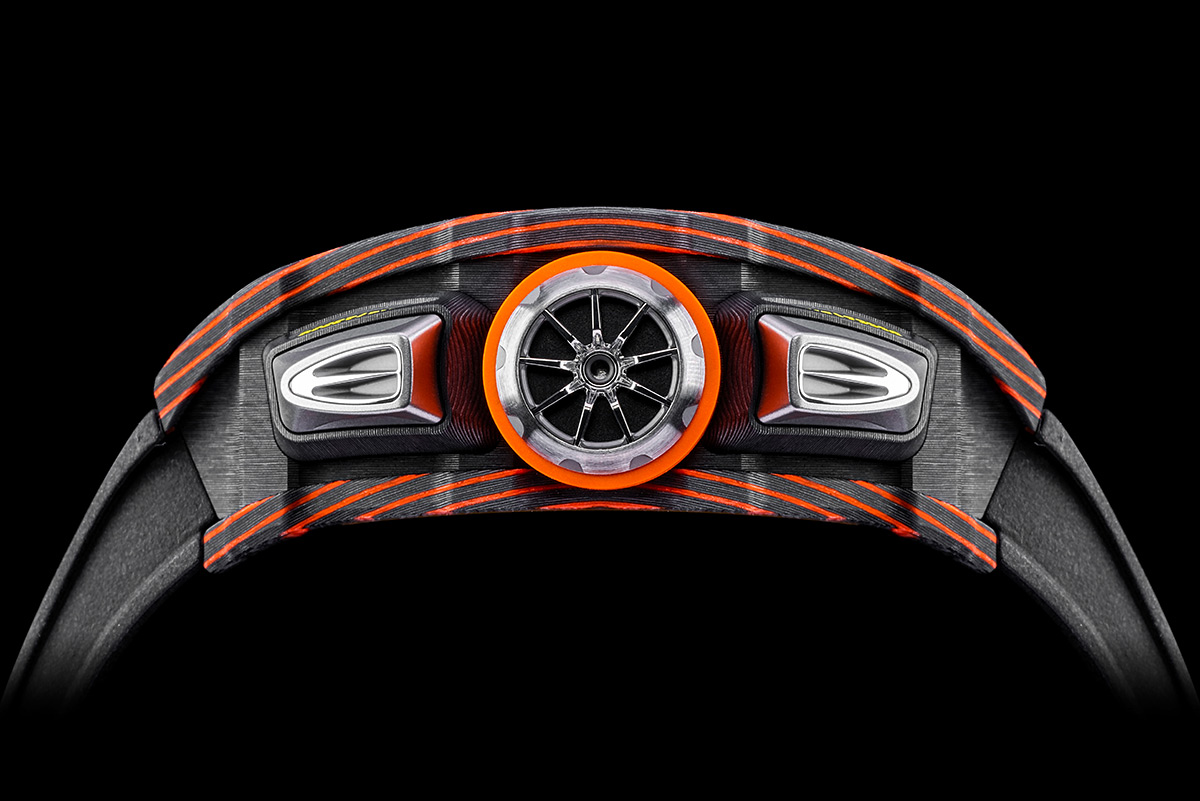 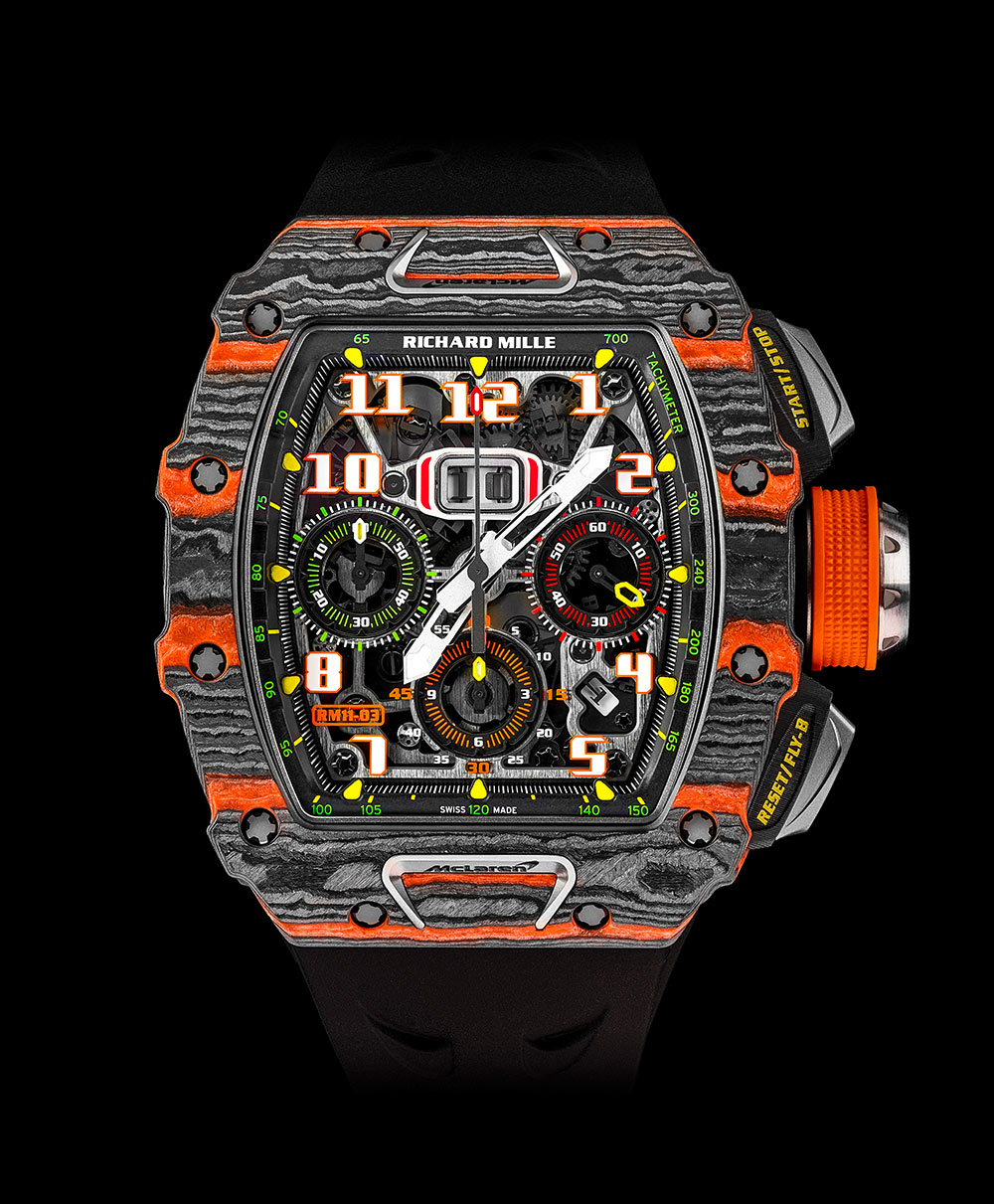 The most striking resemblance however is the orange McLaren colour scheme, which is a result of using Richard Mille’s very own Carbon TPT. This process interlaces carbon and quartz TPT to create the striking pattern, resulting in an extremely light and equally shock resistant watch. At the heart of this racer beats the RMAC3 calibre, which offers a generous 55 hour power reserve and a flyback chronograph function, perfect for timing those purple laps. 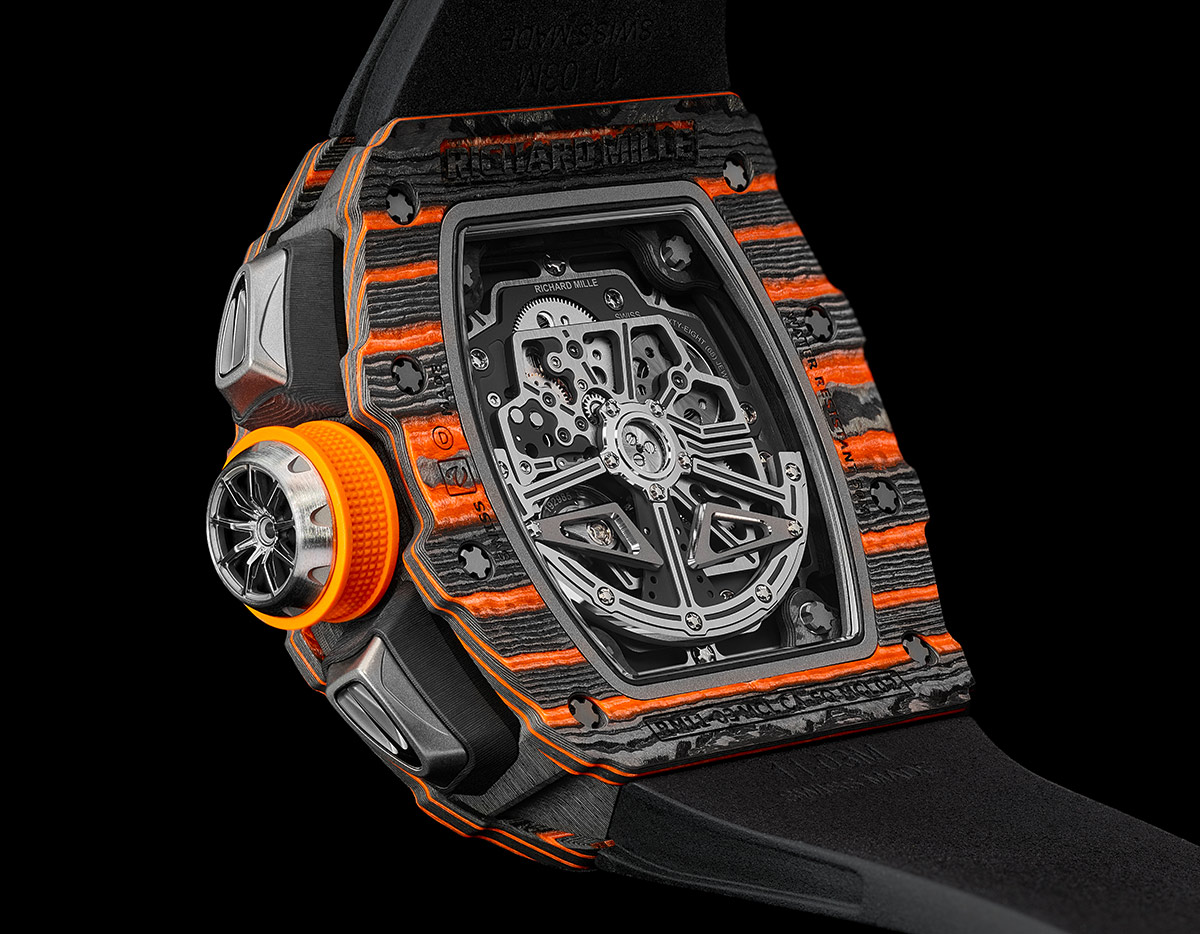 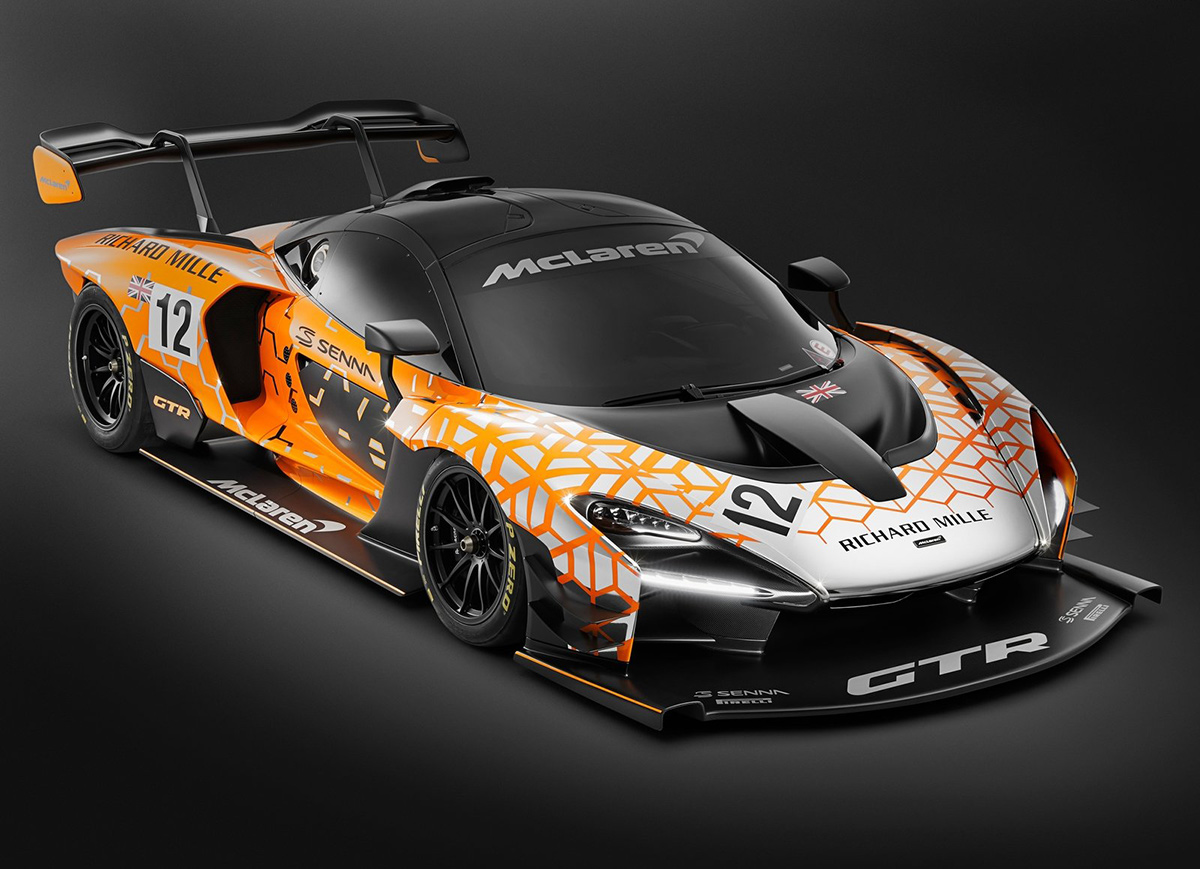 Only 500 RM 11-03 McLaren’s will be made and special priority will be given to McLaren Ultimate Series customers who will be offered the chance to match their edition number of their McLaren Senna to the caseback number of the watch. This special piece will be priced at 180,000CHF plus taxes, though if you’ve just bought the now sold out £750,000 Senna – or are even looking at the £1,000,000 Senna GTR – you might as well get the watch to match. More at: richardmille.com