Two new limited-edition timepieces from Richard Mille have been revealed in honour of their golden boy Rafael Nadal for winning his 10th French Open title this year. The RM 035 Black Toro and RM 035 Gold, both named after Rafael Nadal’s nickname “The Bull From Manacor”, are limited to only 50 pieces and will be available to purchase exclusively from Richard Mille’s boutiques/retailers across the Americas.

Like the original RM 035 before it, the RM 035 Black Toro has been made from black TZP, a type of lightweight ceramic which is bead blasted to achieve a matte finish. This time however, the dial hands and area of the case between the bezel and case back have been made from 18K red gold, giving it a distinctly opulent vibe. 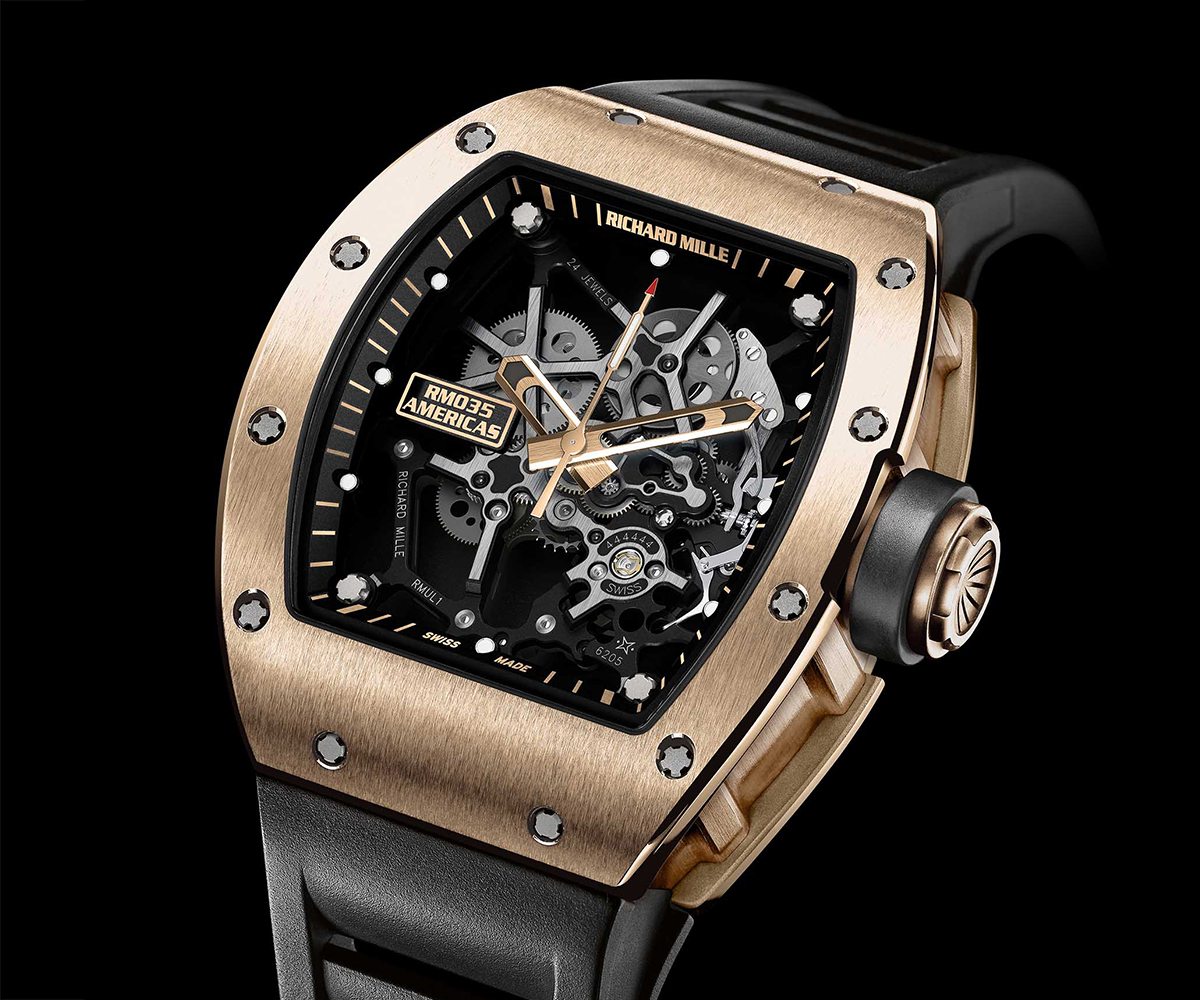 The Gold Toro utilises a slightly less innovative material in the form of (you guessed it) gold, though they’ve successfully managed to create a unique look by applying a matte finish to it. Technically, the Gold Toro is identical to the Black version, with both models sporting a RMUL1 skeletonised manual-winding movement with a power reserve of 55 hours.