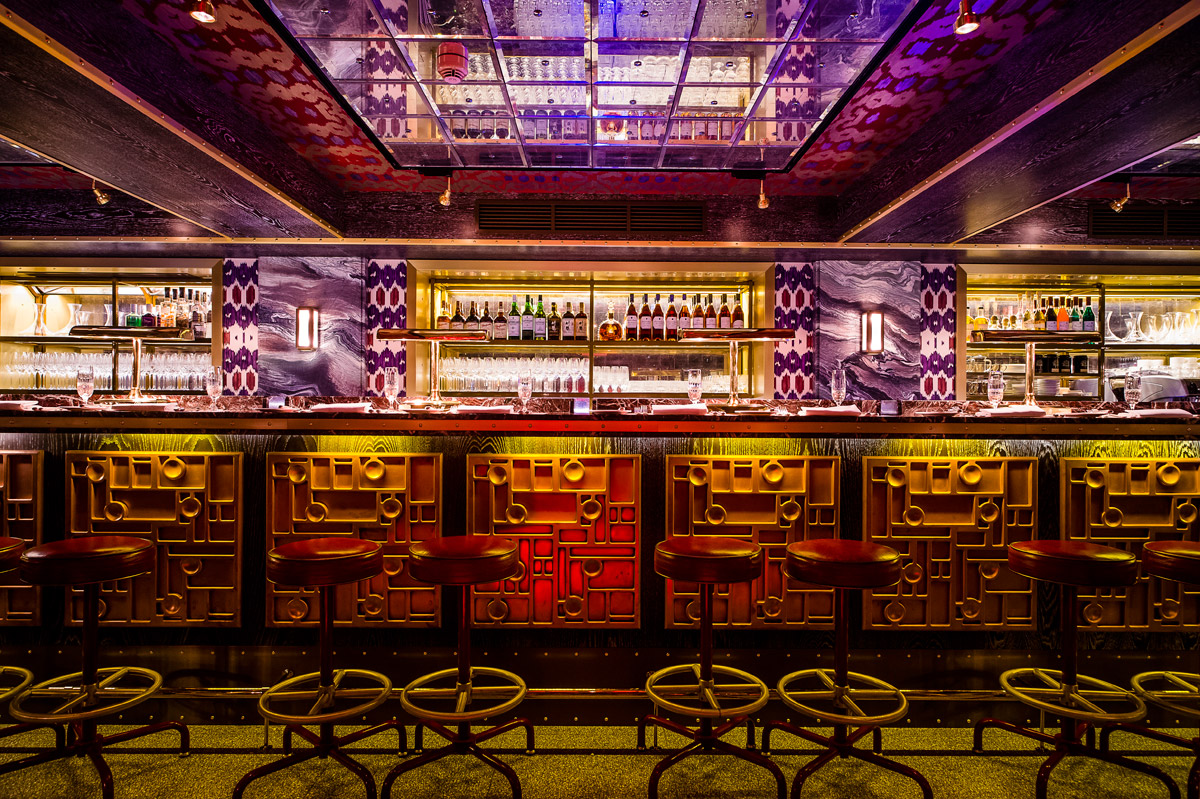 The people I know who have been to Russia haven’t exactly been that enthusiastic about the food, but Bob Bob Ricard is at the height of decadent Russian-influenced cuisine in London. Admittedly, it’s not the thought of hot borscht that tempted me to pay a visit, it’s the Instagram-famous bubbles button that lured me in.

With tables set in hideaway booths, there’s plenty to like, from the luxury on tap through to the ornate interior, designed to mimic the Orient Express. Although absurd, Bob Bob Ricard somehow manages to make all this opulence charmingly elegant. It’s boutique, not rambling. 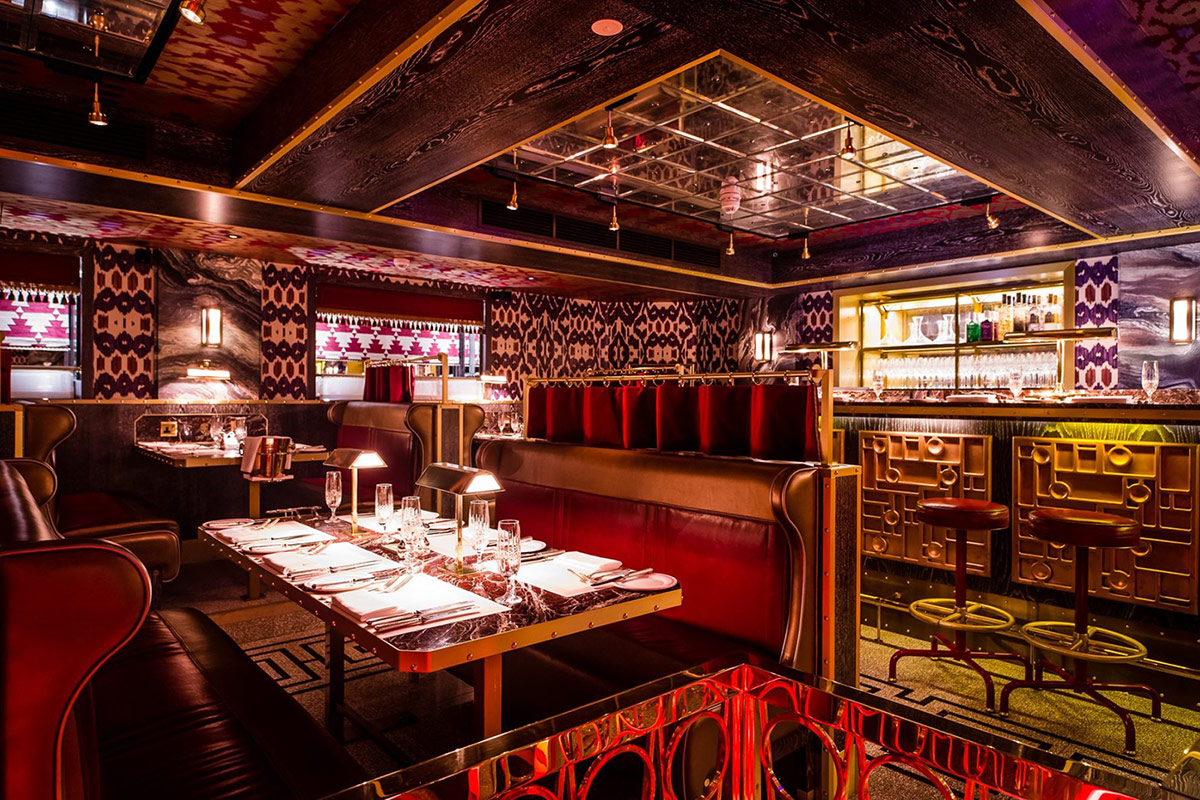 Don’t come here expecting revolutionary Russian cuisine though. In fact, none of the food here is especially inventive, which is not a bad thing: challenging plates aren’t the focus here. The starters on the menu are mainly influenced by high-end Russian cooking and the closest to an evolved dish was a chicken kiev with sweetcorn as a buttered base.

Defiantly ignoring the vodka stored at -18 degrees starter, it wasn’t long before we were glaring at the “Press for champagne” button, wondering if we’d sat down long enough to start pressing any buttons. Apparently there’s no minimum. In less than a minute, our waiter was taking our champagne order. The rest of the night went just like that: at the press of a button, full glasses. 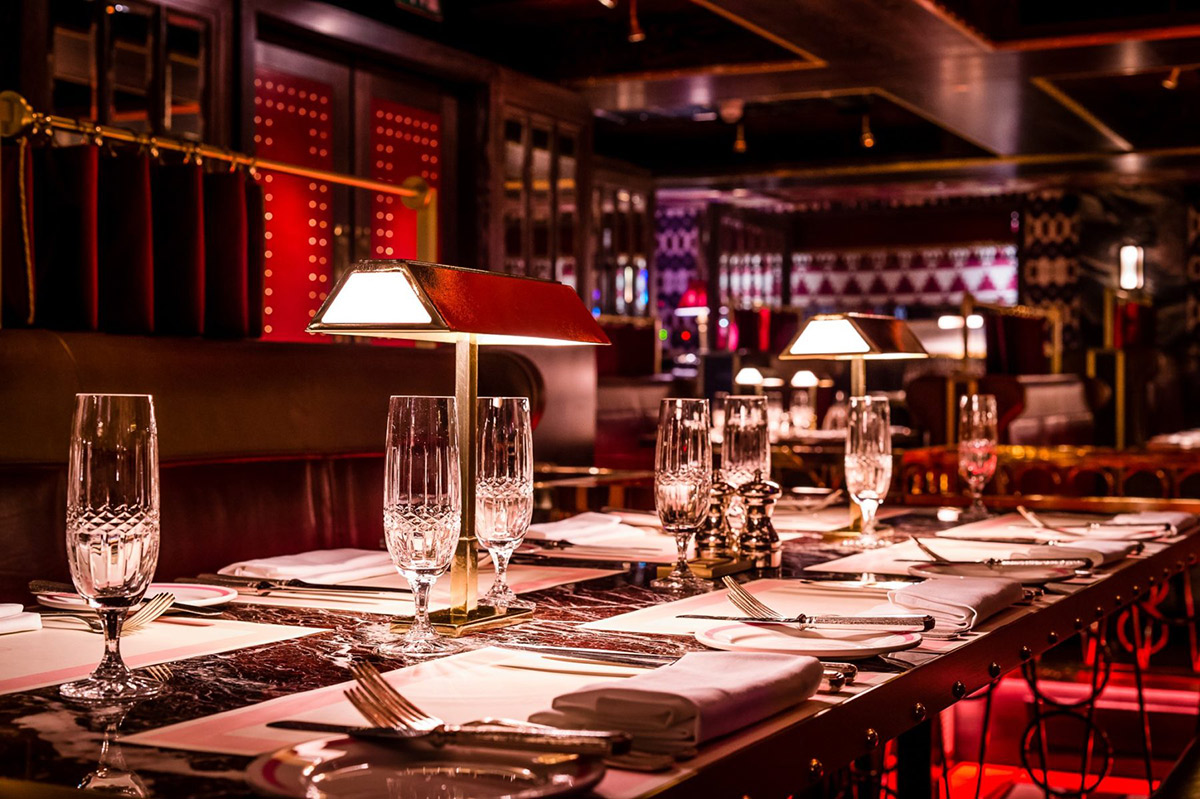 I started with a classic Russian dish, the lobster, crab and shrimp pelmeni, hearty little pillows of crustaceans, floating in a subtle lobster bisque, together with salmon roe and chives sprinkled on top. I also enjoyed the Egg a la Bob, even if it was pure food envy. The mushroom duxelle with a soft-boiled egg, served with pickled mushrooms, caramelised cep puree made a delectable combination. 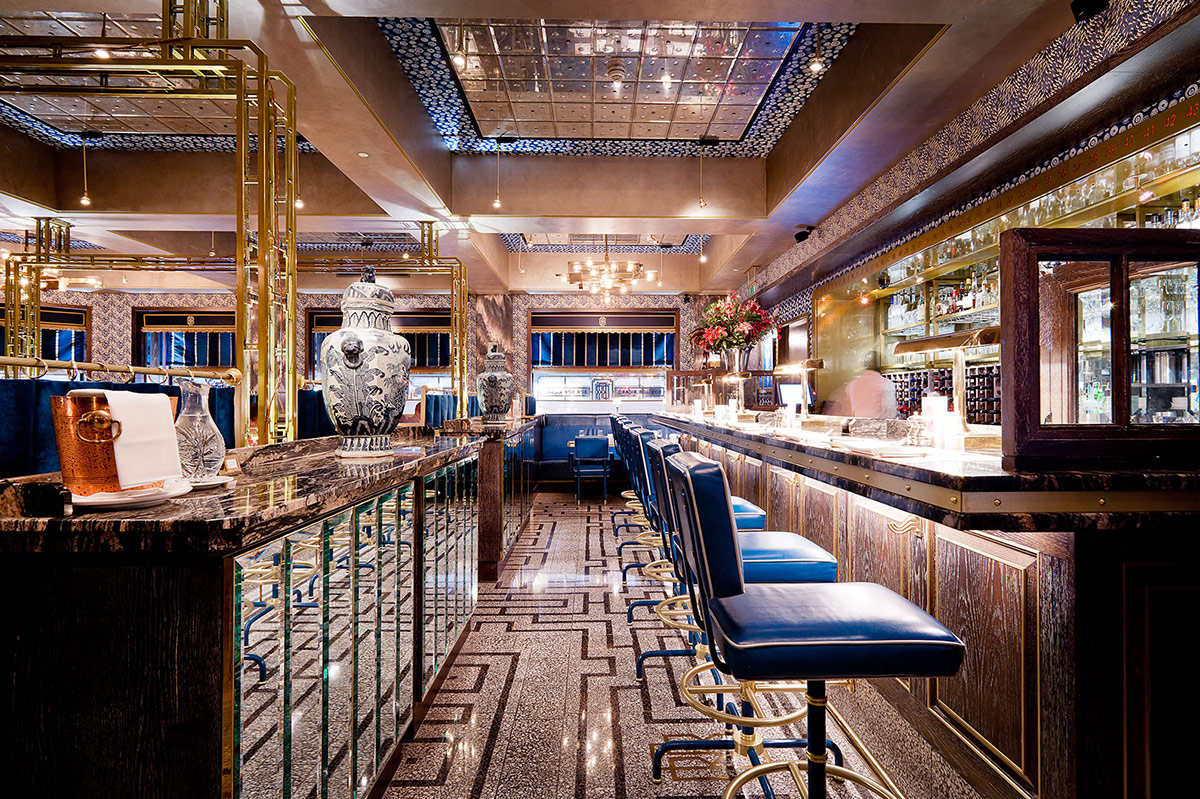 For the main we went for the Beef Wellington to share, which took 45 minutes to prepare. Still, more time to press the champagne button some more. When it did arrive, it was perfectly pink with an artful melt-in-the-mouth pastry, the 28-day aged scotch beef was glorious, shining red all the way through and soft as anything. It went flawlessly with our truffle mash. 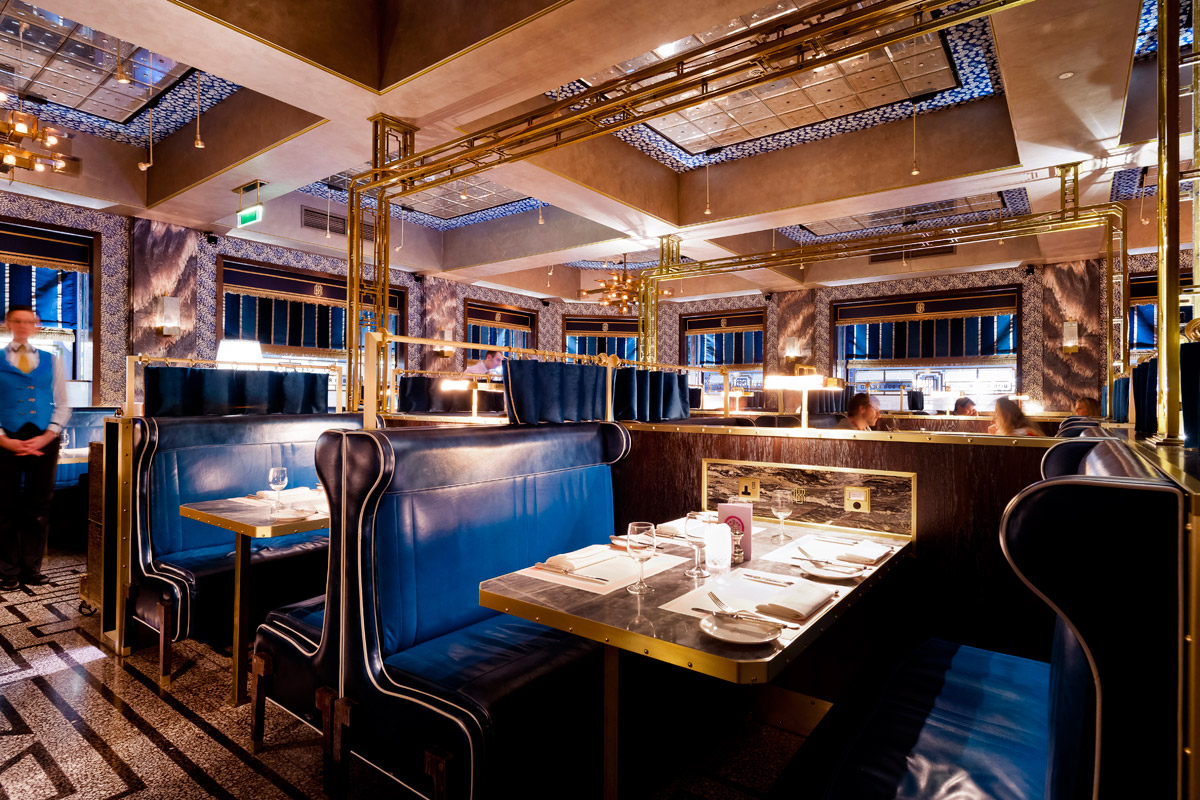 The only downside is that we couldn’t get through it all. Despite our defeat, we couldn’t resist dessert. The crème brulee was as good as it gets and the chocolate fondant, served with hazelnut ice cream and a praline topping was a dream. 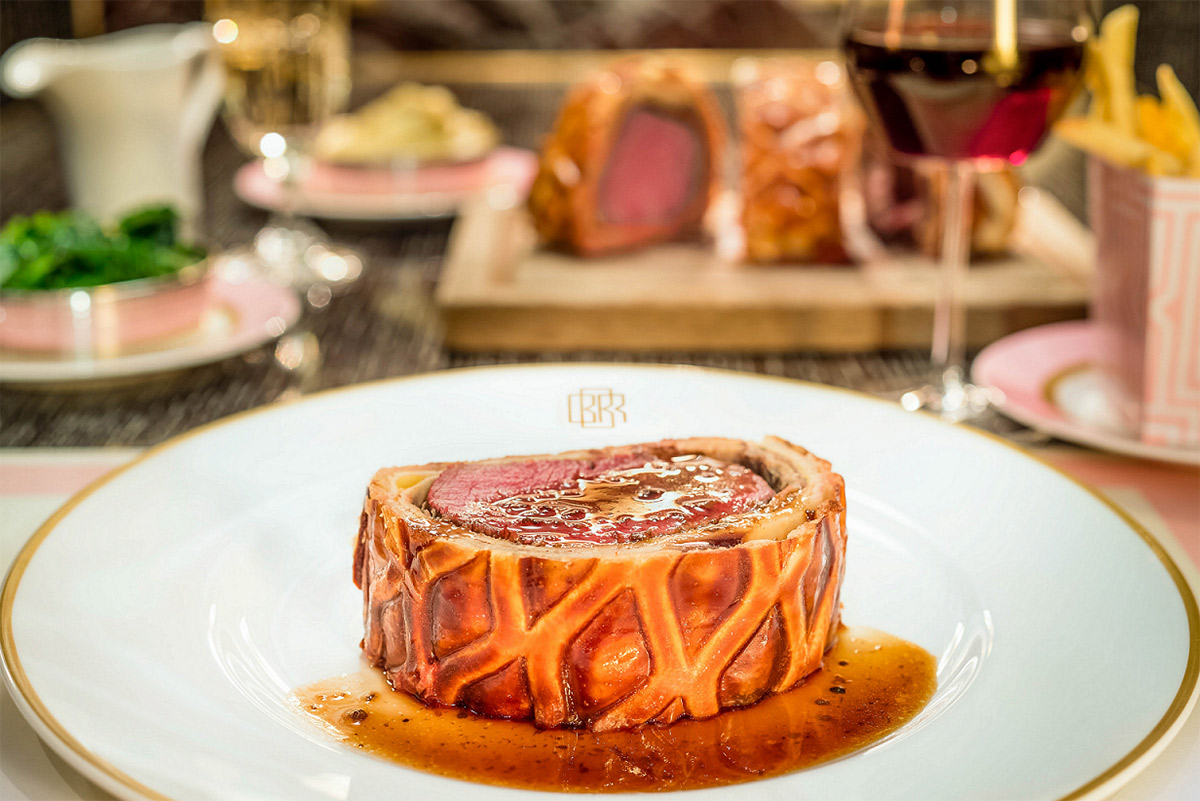 After one too many glasses of Champagne, we finally got the courage to try the -18℃ vodka shots. Although recommended for starters, I found this the perfect finish to our Russian-English dinner. The shots were probably the smoothest vodka shots I’ve ever drunk. 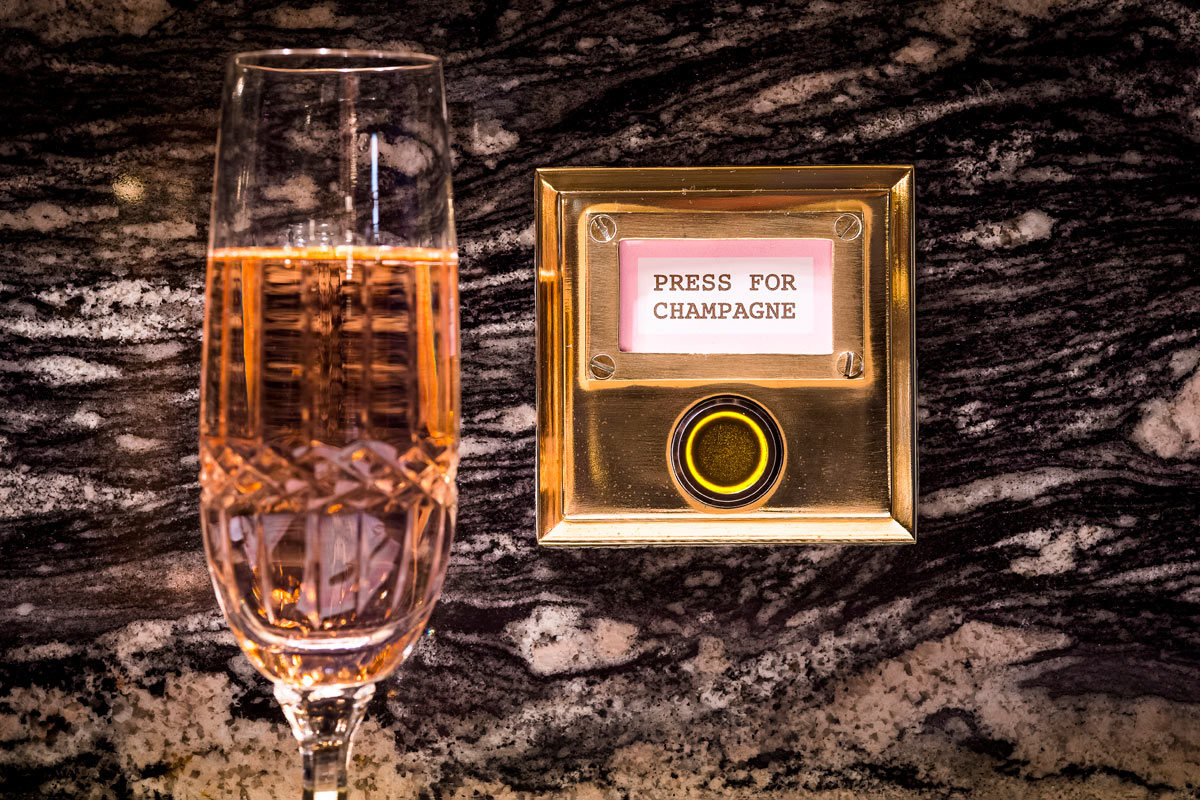 Sure, Bob Bob Ricard is expensive – the meal billed out at around £300 –  but that champagne-summoning button is well matched by oligarch comfort food, with generous portions that’ll leave you full and satisfied. Just be careful not to press that button too many times…