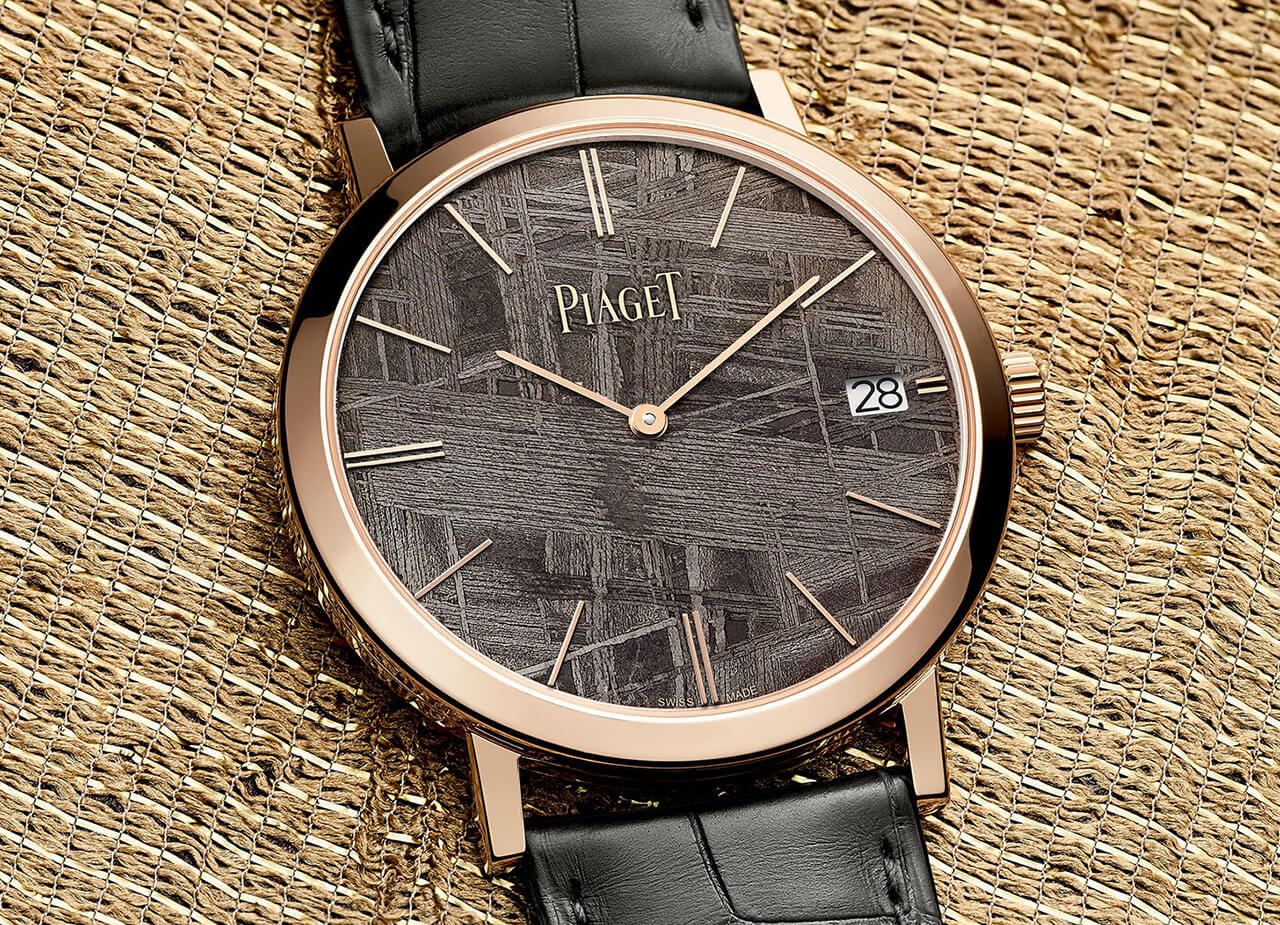 Piaget’s iconic Altiplano is understandably the focus of their Pre-SIHH releases, this time in three distinct versions, clad with meteorite and diamonds.

Mention Piaget to any watch lover and the first name from their lips with be Altiplano. It’s the jeweller-come-watchmaker’s flagship model, the home to their constant competition for thinness. It’s also one beautiful timepiece – even if it no longer holds the ultra-thin record outside their insane concept from earlier in the year. 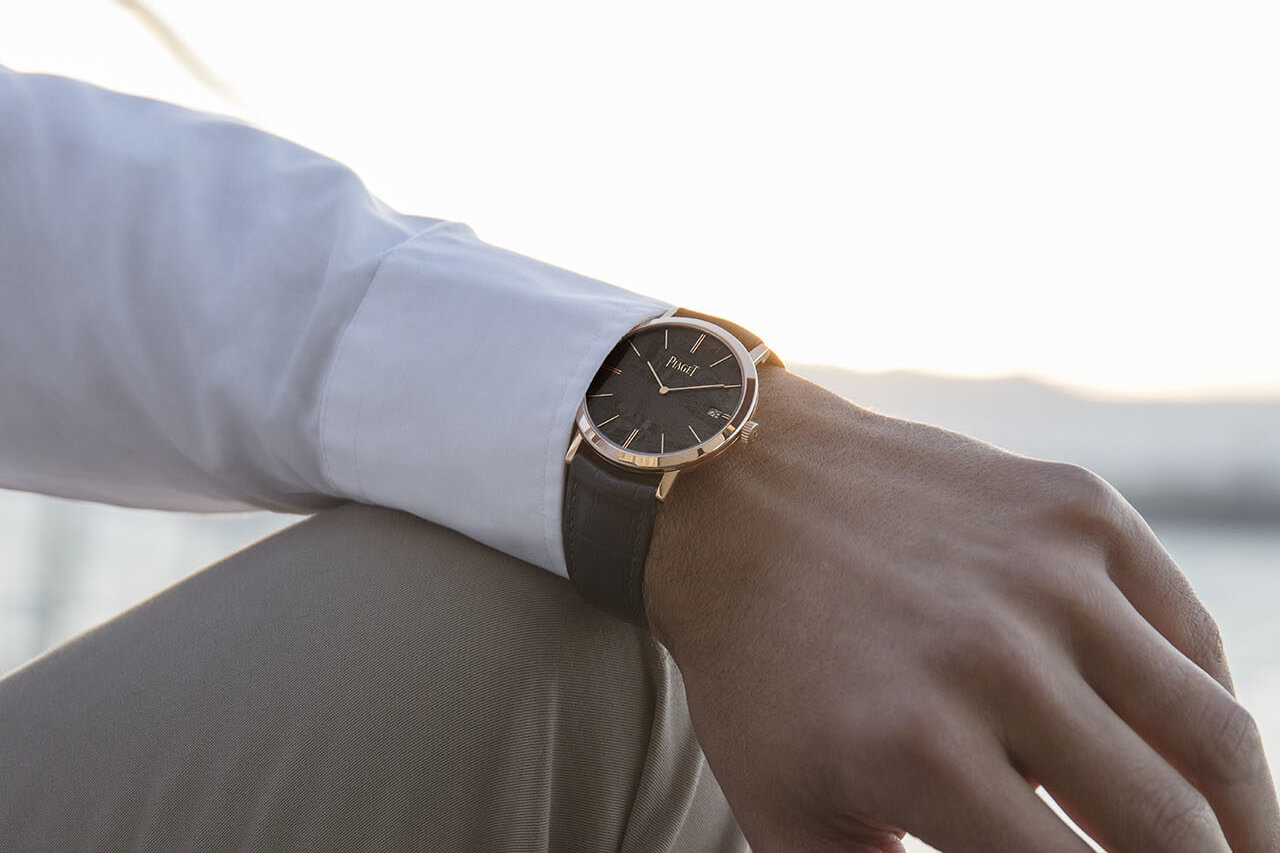 This year ahead of SIHH 2019 Piaget is treating their flagship with a couple of well-deserved new looks, veering away from the monochrome look it’s generally boasted before. The first of these uses one of the coolest dial materials currently used in watchmaking: meteorite. Between the metallic colour and the material’s signature Widmanstätten pattern there’s nothing quite like it.

Needless to say, there’s a limit to the number of 41mm Altiplano Meteorite’s Piaget will be able to make because of the rare material used. That said, the limit of 100 examples, each with its own unique pattern on the dial, is a decent one. 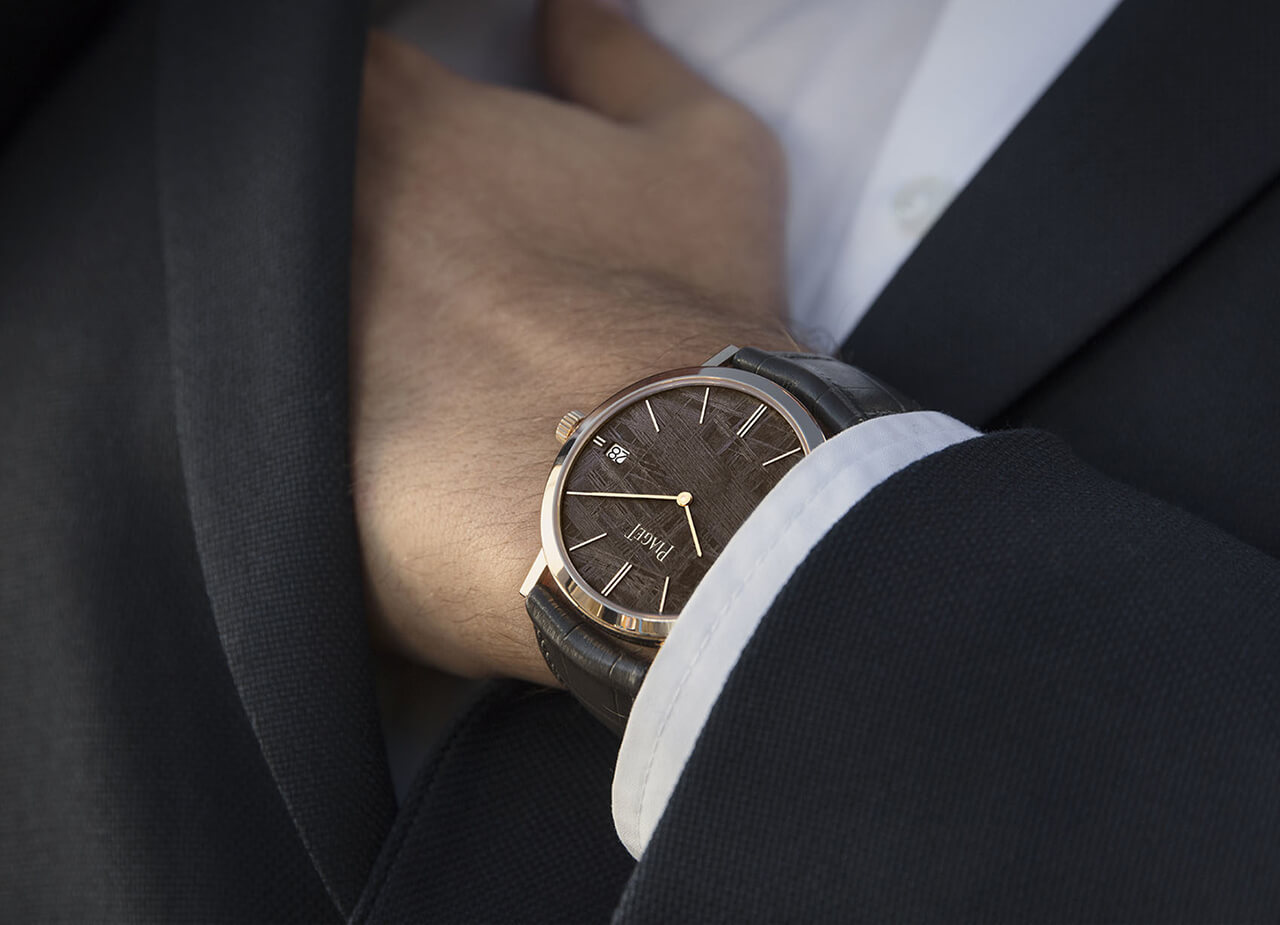 The next release, the Piaget Altiplano Baguette 430P, takes a more feminine turn. The bezel of the Altiplano has always been thin, but somehow Piaget has managed to set it with baguette-cut diamonds. It’s a lovely touch for a 36mm women’s watch, finished with a bright, brushed blue dial. Limited to 88 pieces, it’s a nice addition to Piaget’s line-up. 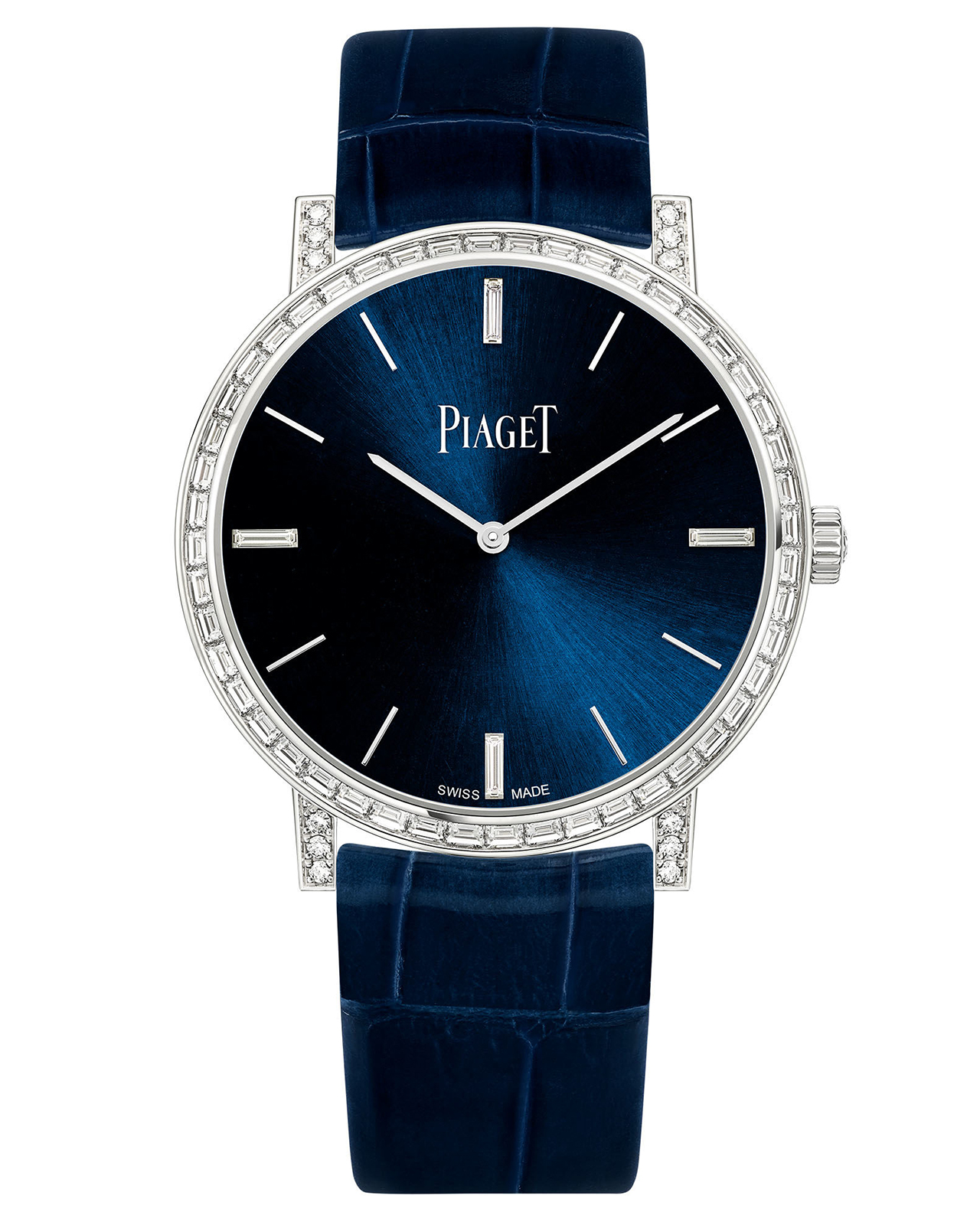 Both of these are relatively simple alterations on the Altiplanos we’ve come to know and love. They’re nice, but not exactly ground-breaking, even if one did originate in the cosmos. The third and final piece of the puzzle however is far, far more impressive. 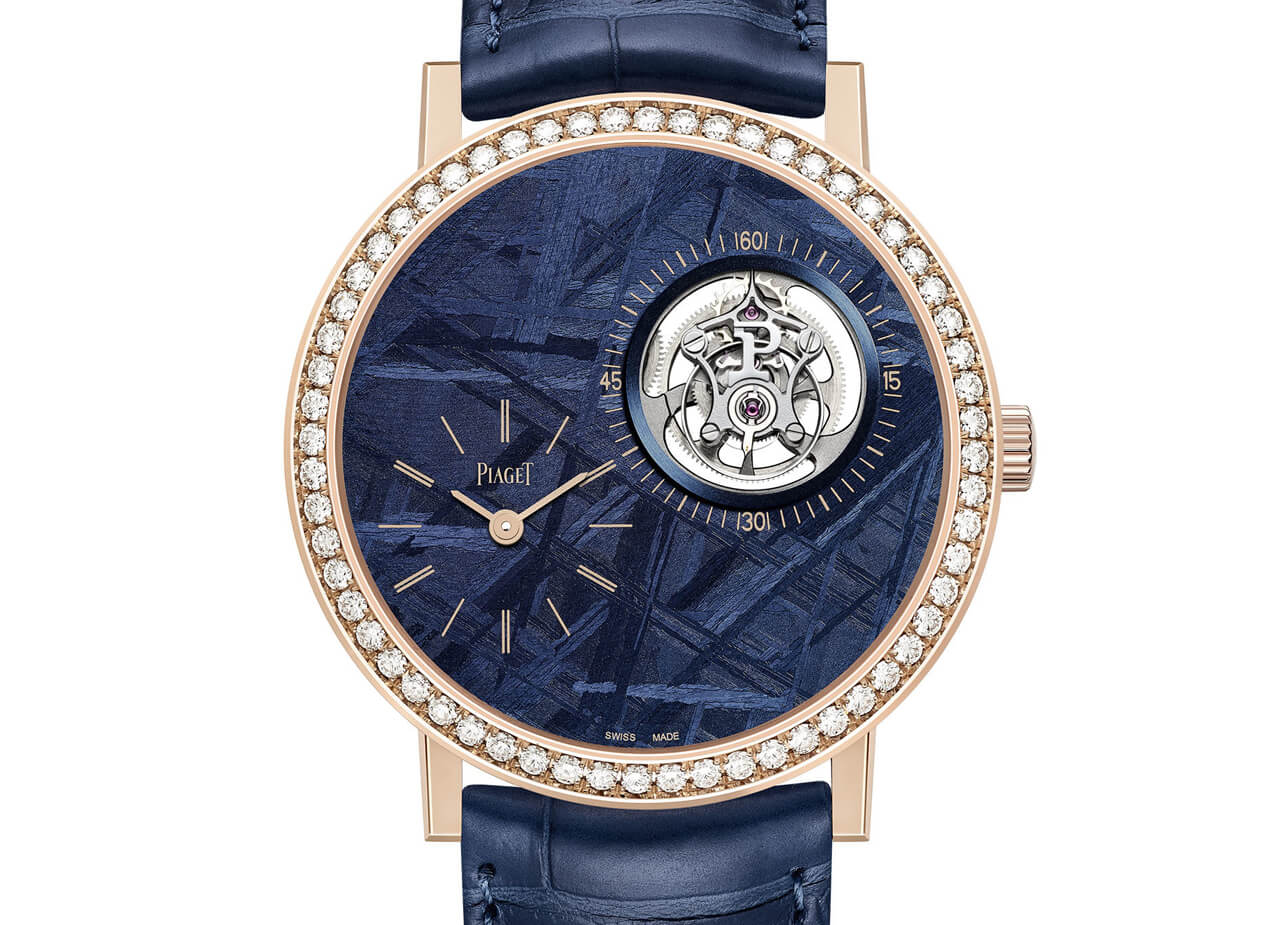 The Piaget Altiplano Tourbillon takes the best of both these watches – the meteorite dial, this time in blue and a diamond-set bezel. Then it adds a tourbillon. Not just any tourbillon mind you – they’re common enough nowadays that we can say that – but Piaget’s phenomenal hand-wound tourbillon calibre 670P.

Despite having a hardstone dial (usually thicker than metal) and a tourbillon, it’s still an incredibly slim watch and, combining decorative finishing and gem-setting, show’s off everything Piaget can do. If this limited edition (limited to 28 in fact) is what they’re showing off before SIHH, we’re looking forward to seeing what the main event holds.