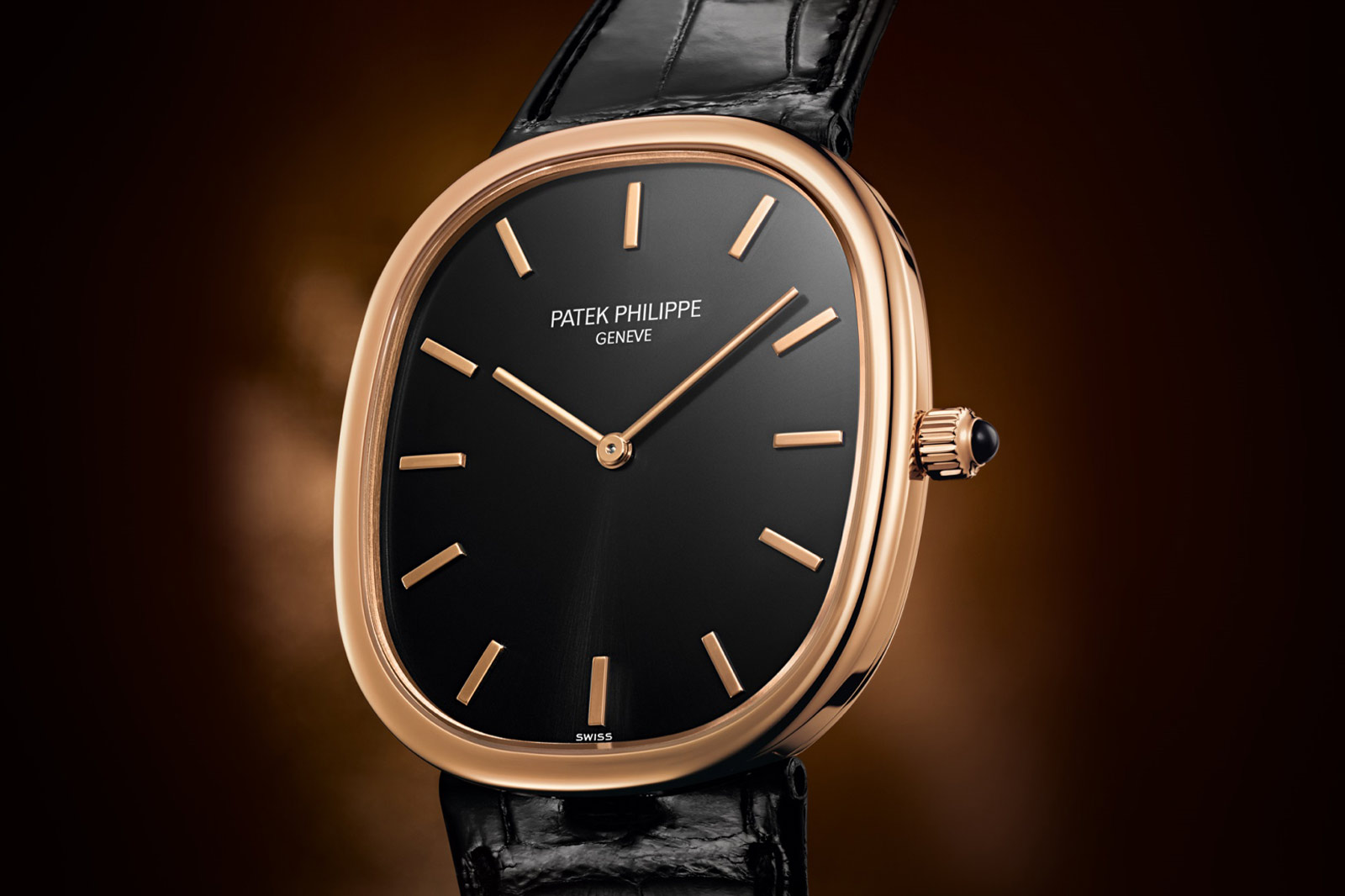 Anticipating a change in watch tastes, Patek Philippe prophetically released the Golden Ellipse in a move that would hint at the Nautilus, but today the ‘divine proportion’ of the dress watch classic is often overlooked.

Not all vintage dress watches are created equal. Well, that’s not entirely true. Most have historically been created the same, with svelte round cases and silvered or champagne-coloured dials, the kind that most guys have squirrelled away for when they break out the dinner jacket. In the 1960s however, watch tastes were beginning to change. This was before the quartz crisis upset the entire horological world, but the signs of change were already there, and Patek Philippe were reading the tea leaves. 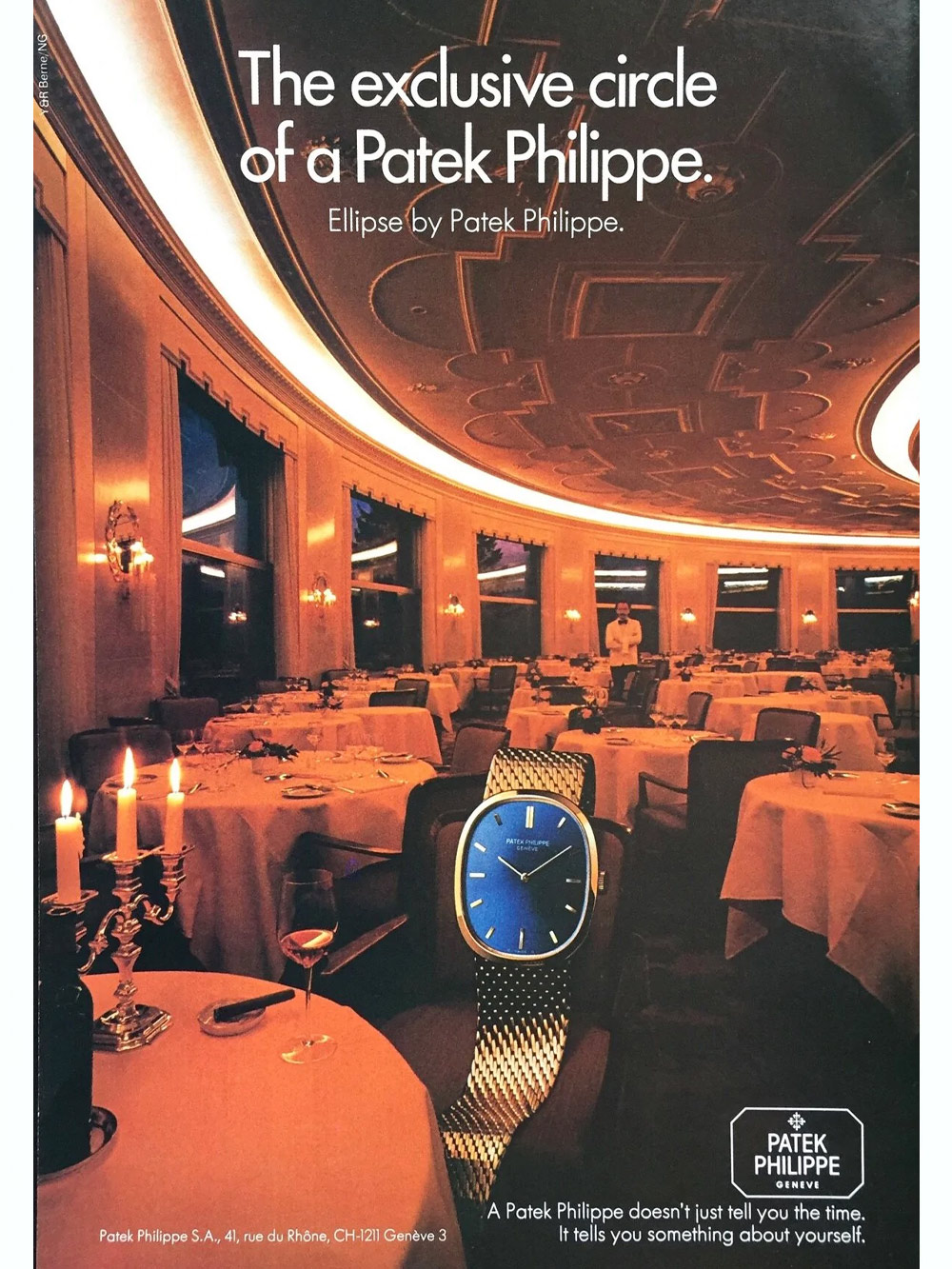 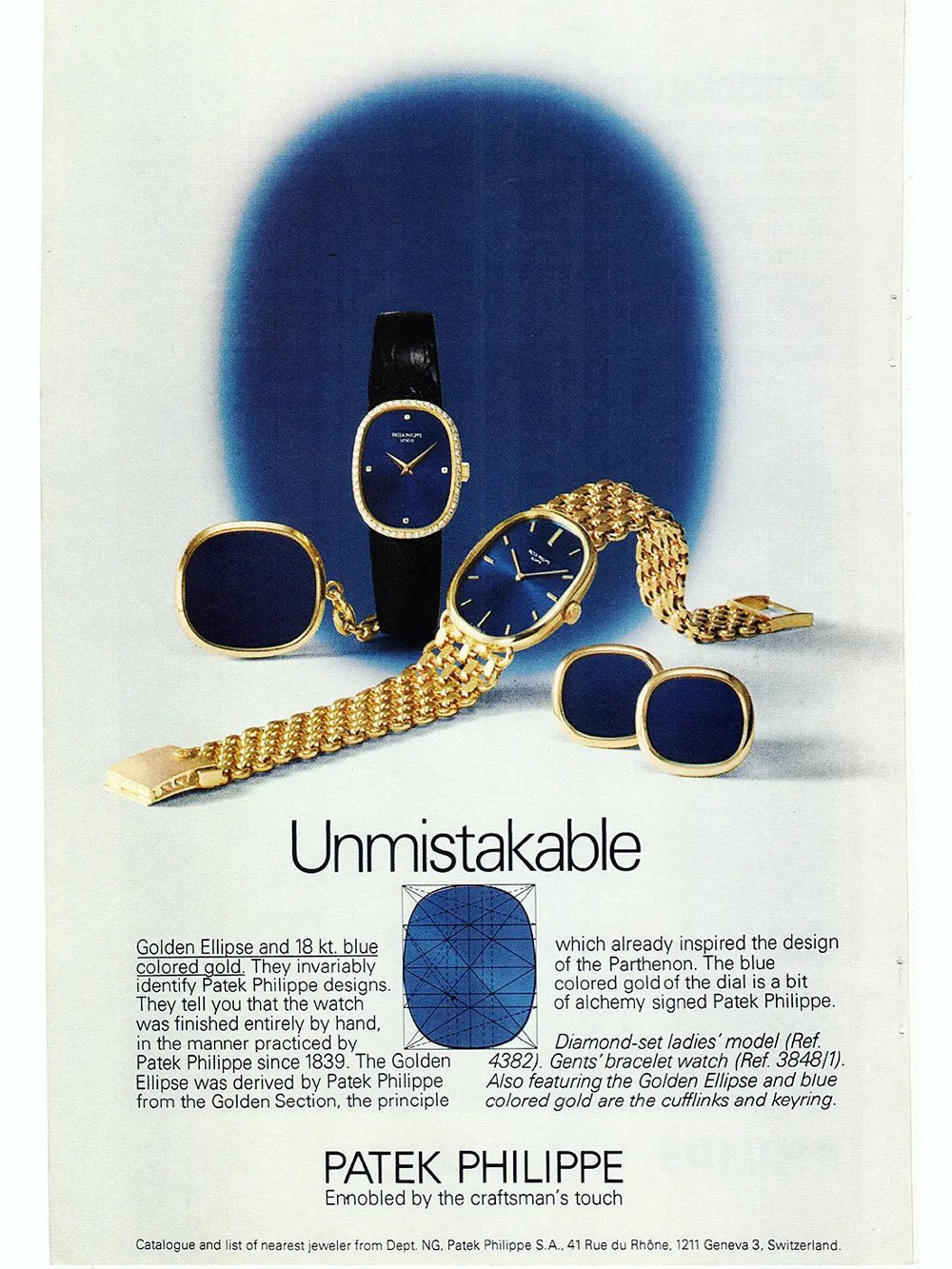 The beginnings of mass production at this point meant that watches in general were getting cheaper, with the inkling of what we’d today call fashion watch brands offering cheap, but decidedly not cheap-looking timepieces. Mostly though, at least in dress watches, they stuck to that 50s template; round with a silver dial.

Even the tiniest likelihood of being compared to cheaper watch bands didn’t sit well with Patek, at the time under the auspice of Henri Stern, grandfather to current CEO, Thierry. They needed a new watch design that stood apart from the rest, both aesthetically and in terms of construction, and in a move that in hindsight would hint at the Nautilus, they released the Golden Ellipse. 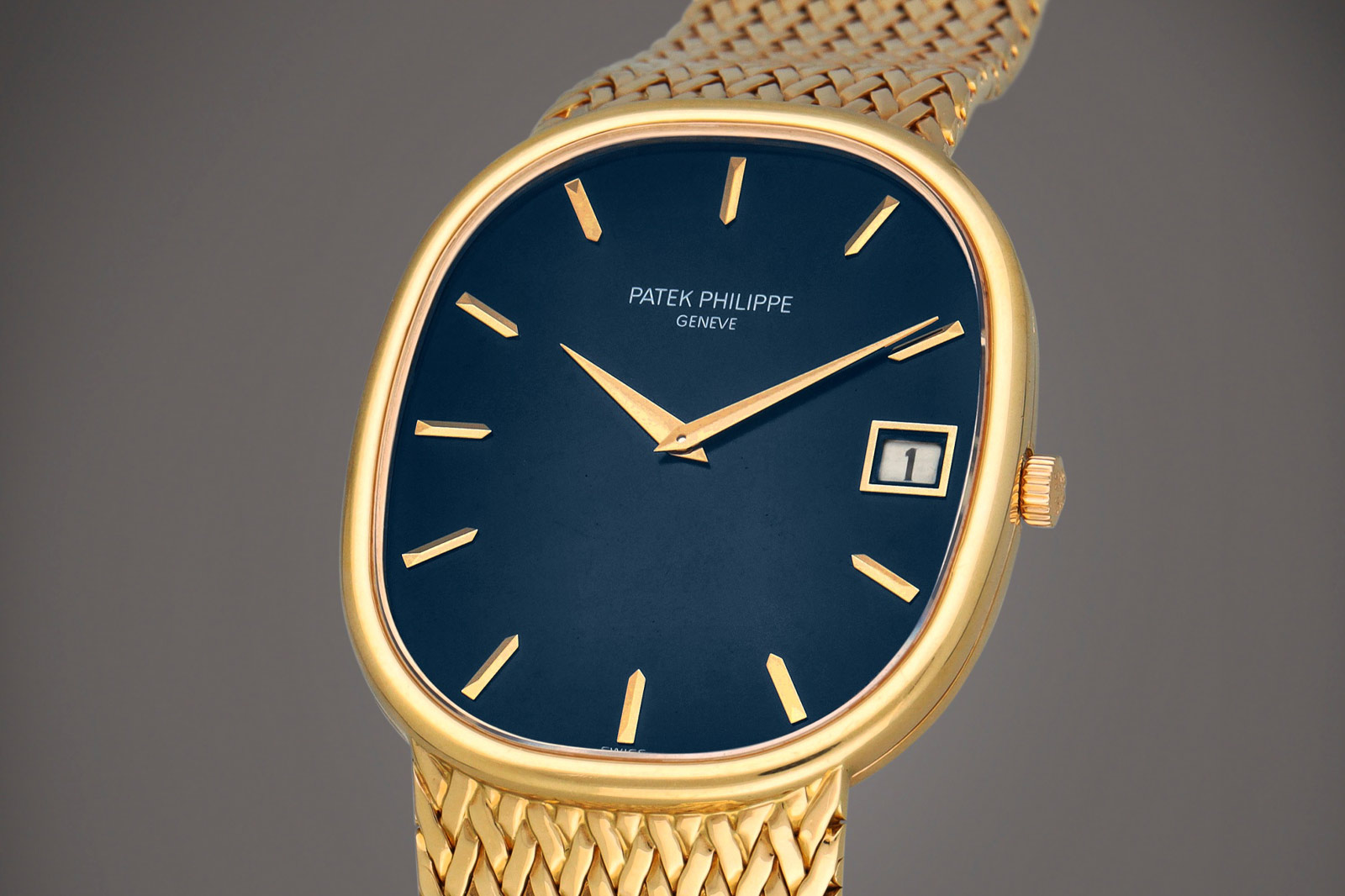 There are two conflicting stories about where the design came from. One is the Golden Ratio, a font of inspiration for everyone from ancient Greek architects to Parmigiani, essentially a mathematical formula for beauty. It definitely fits. The gorgeous curve of the Golden Ellipse is satisfyingly beautiful and matches the 1/1.6181 ratio the ‘divine proportion’ is mathematically expressed as. It’s definitely the most likely of the two theories. However, I prefer the other, that it was taken from an airplane window’s view of an American highway, if only because it ties nicely into the porthole shape of the Nautilus a few years later.

Either way, the case was big step for Patek Philippe, which drew up the design in-house and sent the specs to Ateliers Réunis, a casemaker that they would eventually buy and whose original manufacturer would become the modern-day Patek Philippe museum. Needless to say that they knocked the elliptical case out of the park when the watch was released in 1968. 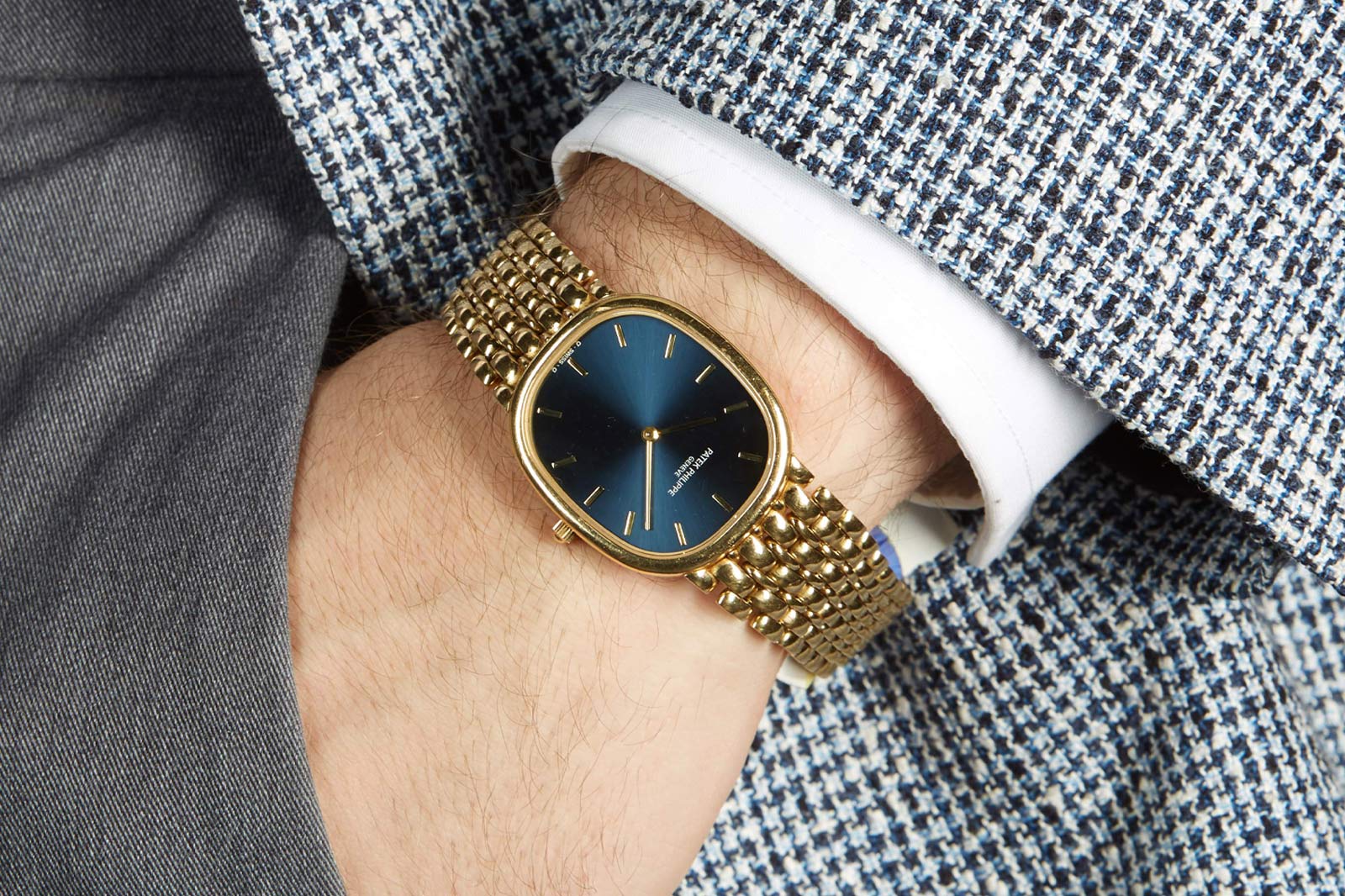 Impressive as the case was however, it was just one part of the original Ellipse’s success. What might at first look like a standard sunray blue dial is far from it. This being Patek’s take on modern luxury, the dial was actually made from blue gold. Today blue is a rarity; then it was unheard of.

You get blue gold by plating solid gold with a mix of cobalt and 24K gold, which is easier said than done. You can’t just use an electric bath like gilding a movement. Instead Patek Philippe had to use a cutting-edge technique of vacuum plating. The result was worth it. With simple hour markers, the dial spoke for itself with the surety of a confident orator. 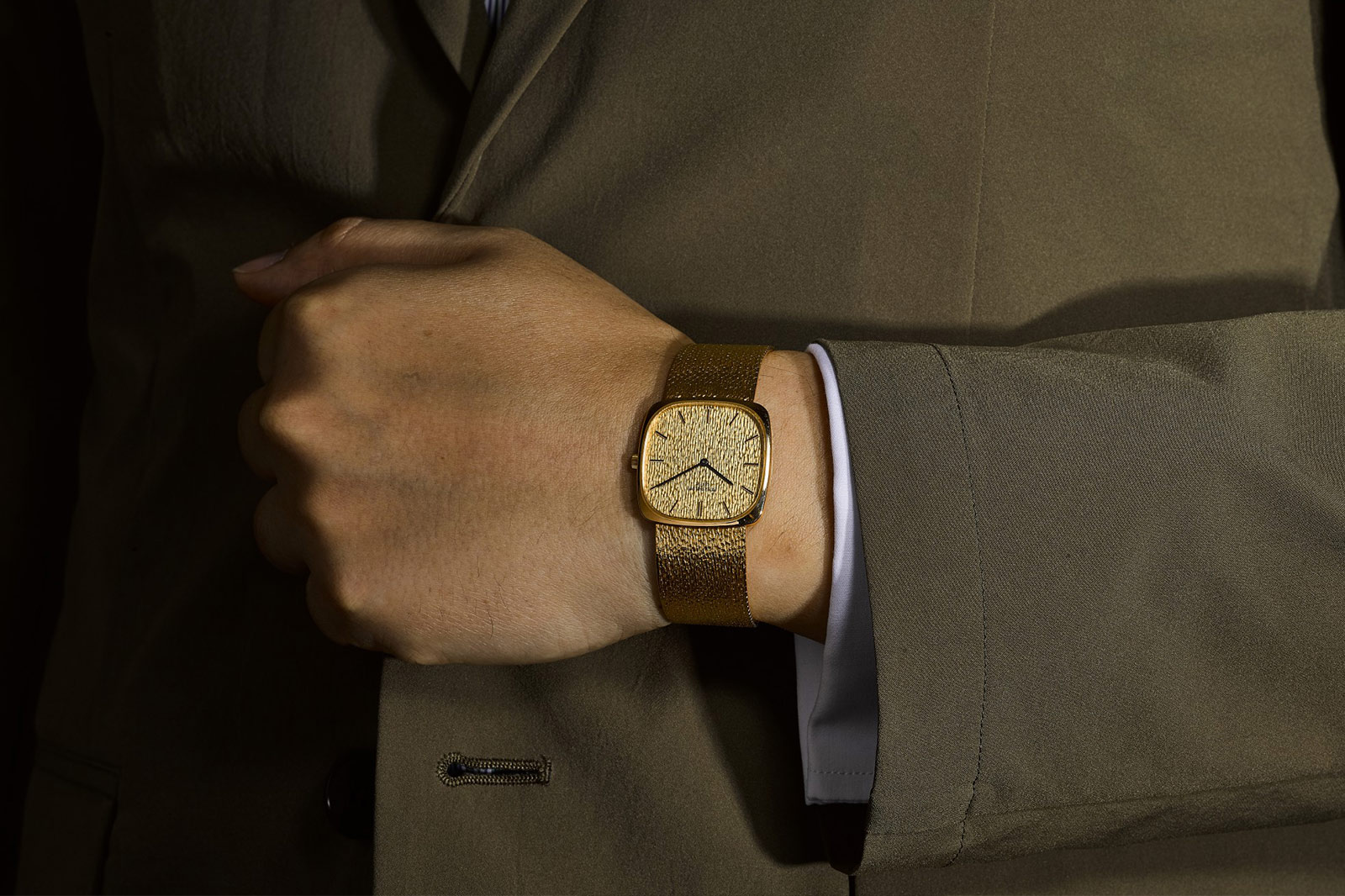 The watch was an instant success, in part because it was so different from what had come before, in part because this was Patek Philippe, watchmaker to the elite. There was a cache in owning a Patek (like there is today) and a slim, elegant dress piece this eye-catching was always going to be a sure-fire winner. It was popular enough in fact that by the 70s there were around 65 different versions of the Ellipse on the market, with gem-set bezels and different colours embellishing on the blueprint.

These days the Ellipse tends to be a bit overlooked. It’s coming back into prominence a little with the resurgence in watchmaking of all things 70s, but most modern buyers still gravitate towards the myriad Calatrava models instead. Perhaps they’re more confident with the standard circular shape, perhaps it’s simply that the Calatrava is more of a core part of Patek Philippe. It could be something as simple as the small, 34.5mm diameter. Whatever the reason, it makes the Ellipse a more unusual pick of dress watch and one that you can get for (compared to other Patek models) a decent price. 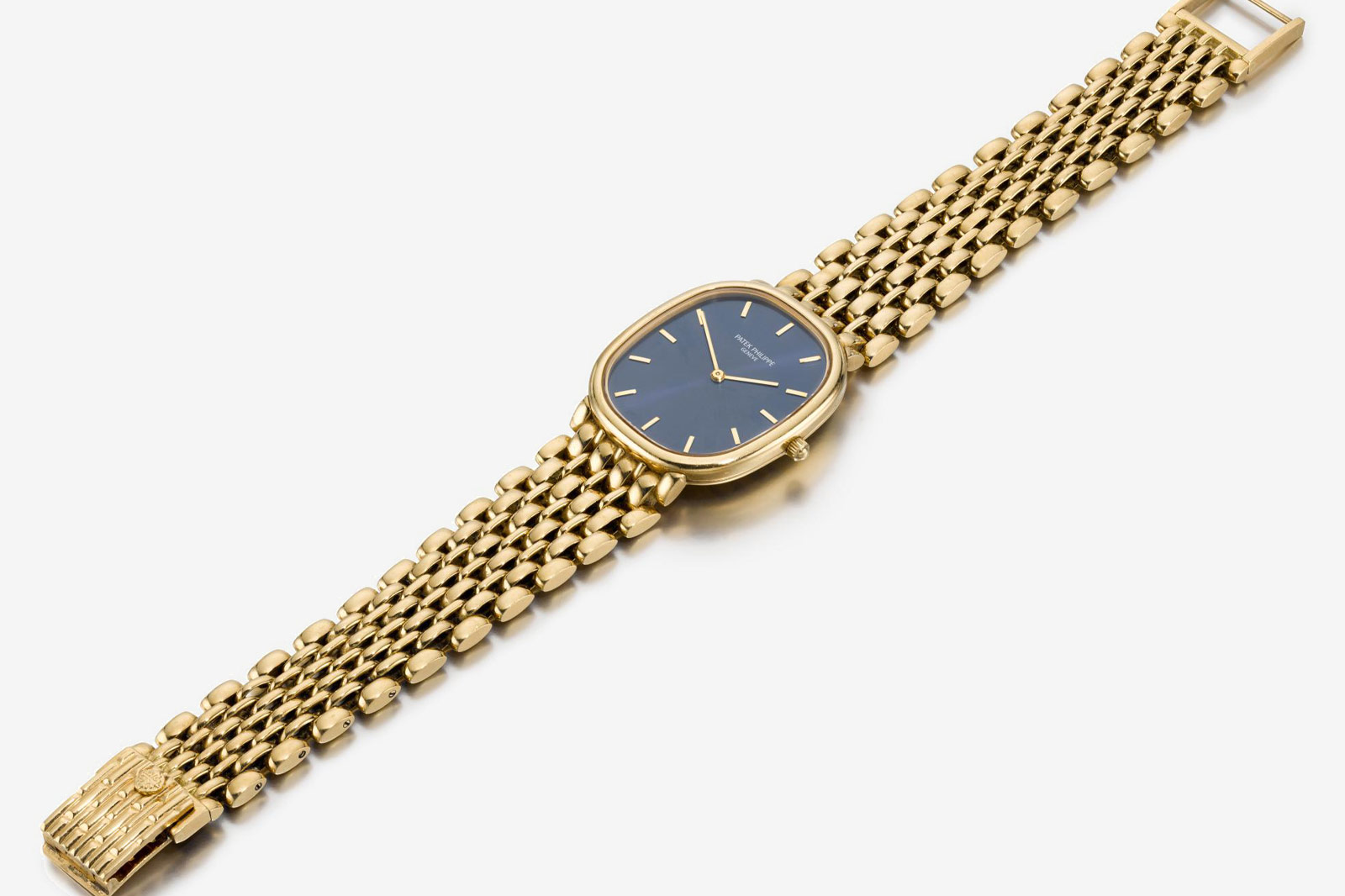 Vintage models will set you back anywhere between £5,000 and £10,000 depending on condition and the amount of gold involved (gold bracelets are obviously at the upper end), which for a model with this level of heritage from arguably the most prestigious watchmaker around seems insane.

With party season here the dress watches are out, and if you’re looking for the perfect finishing touch to your midnight blue dinner jacket, then there’s none better than this. Or if you just want a Patek at a steal you can find them at auction sites like Chrono24 and Sotheby’s.