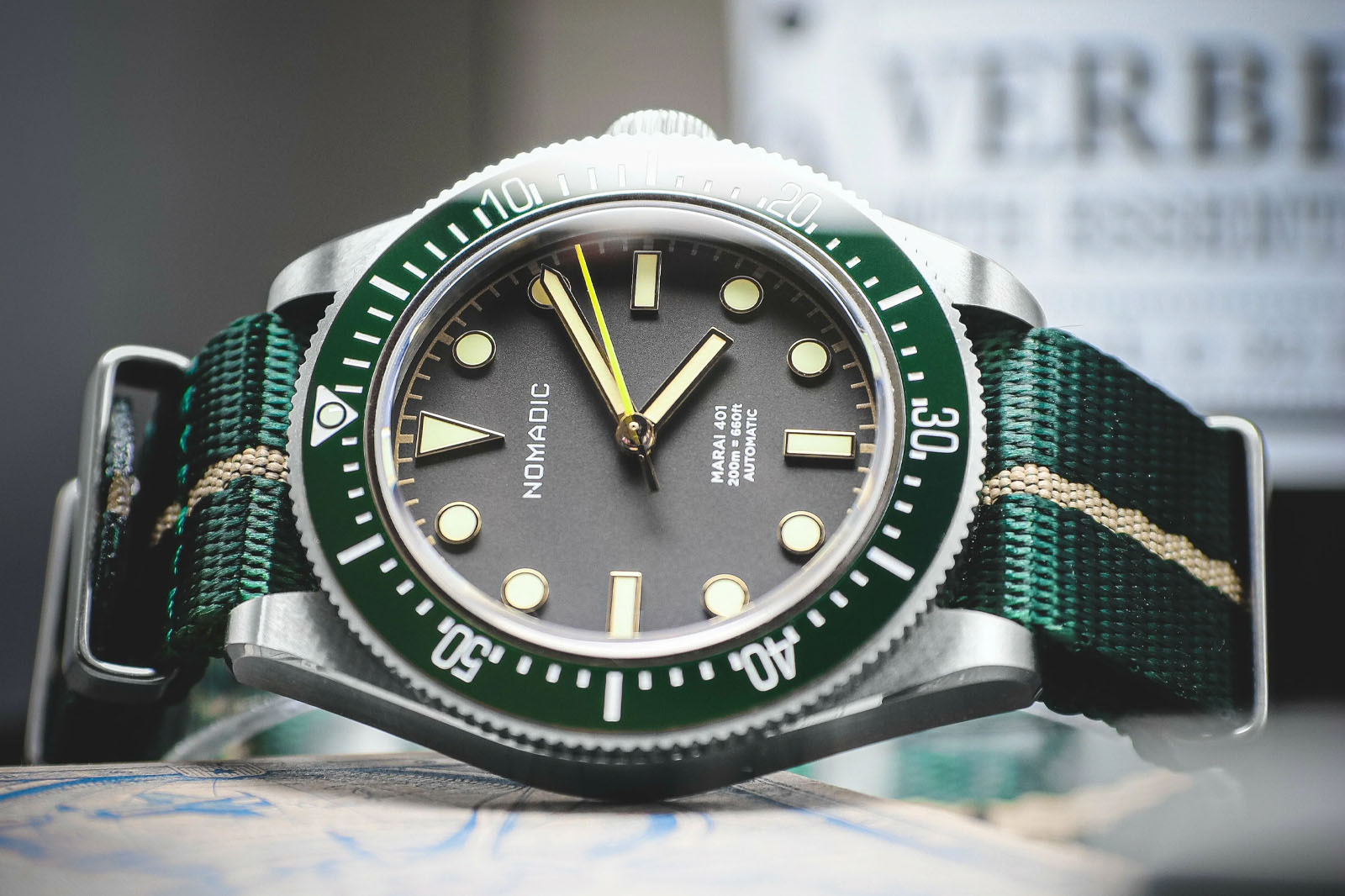 Defined by Belfast’s maritime history, Nomadic watches pays tribute to one of the most famous ships ever built. Belfast is synonymous with its shipyards. Not only are they the industry on which Belfast made its name, but they dominate the city’s skyline. That’s particularly true of the Samson & Goliath cranes that you can see from practically any part of the city. The bright yellow industrial giants have an incredible history and have been in service for decades, working on ships of gargantuan proportions. Unfortunately, the shipyards’ greatest achievement was also one of the biggest nautical tragedies in history: the RMS Titanic. 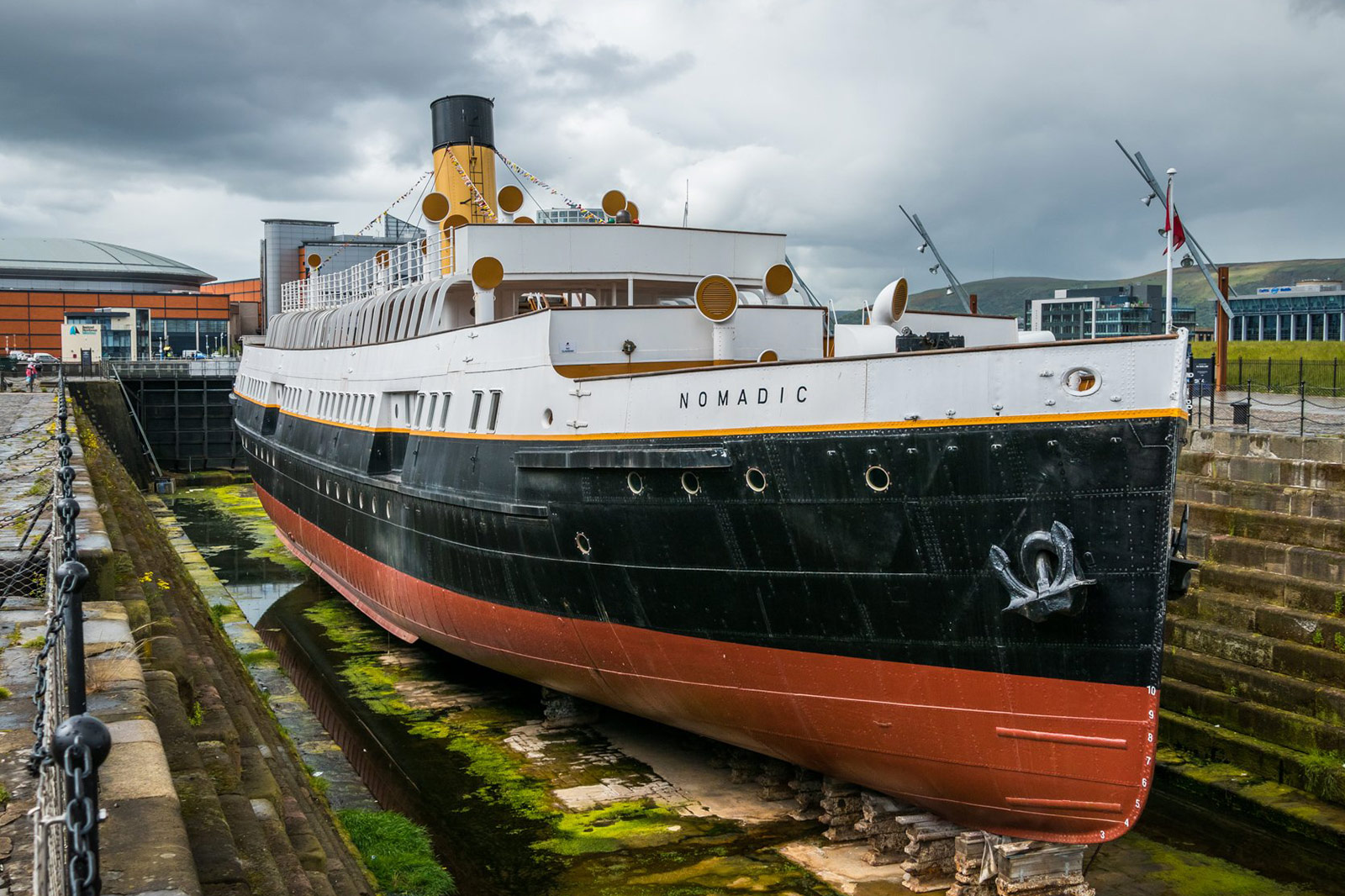 You know the story, even without James Cameron’s saccharine involvement. In 1912, the RMS Titanic, the largest ship ever built, the invincible, unsinkable floating behemoth measuring in at nearly 270m long, left Harland & Wolf Shipyards in preparation for her maiden voyage. She left Southampton on her way to New York, but on 15th April hit an iceberg and sank, with the majority of passengers and crew going down with her. 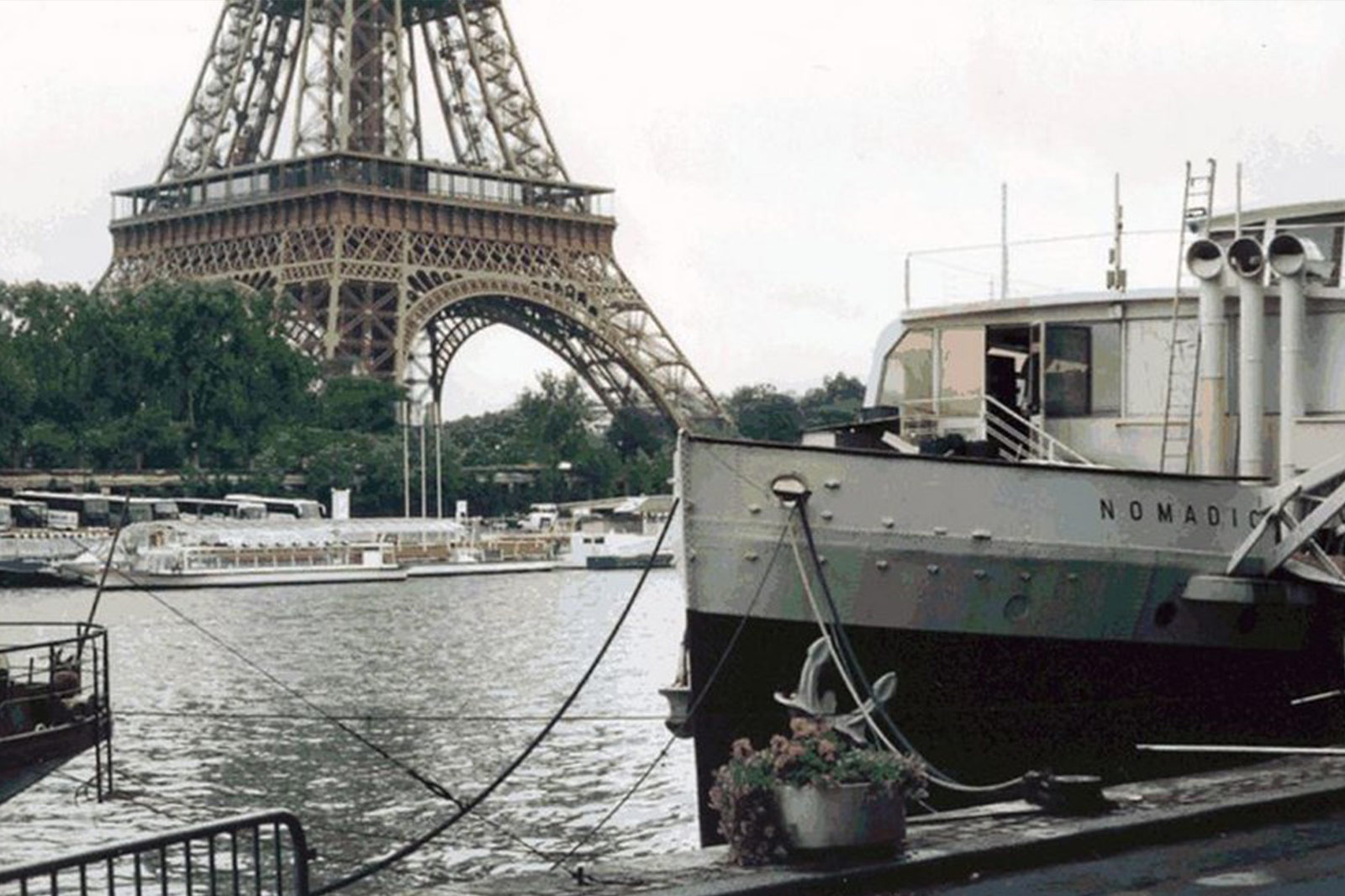 What’s less known is that along with the Titanic, operator White Star Lines had Harland & Wolf build a pair of smaller ships, a perfect 1/4 scale model of the mothership designed as tender to get passengers on board. While the Titanic was lost, these two ships remained. Today though, only the SS Nomadic remains – impressive since it was, for a time, a party boat moored by the Eiffel Tower.

These days the SS Nomadic is in retirement and you can visit for yourself at Belfast’s Titanic Museum. If you want to get a sense of the sheer scale of the project when it was envisioned back in the 1910s, you need to go have a look. It’s bloody impressive. Perhaps more pertinent to a watch magazine though, it’s also alive in name through Nomadic Watches. 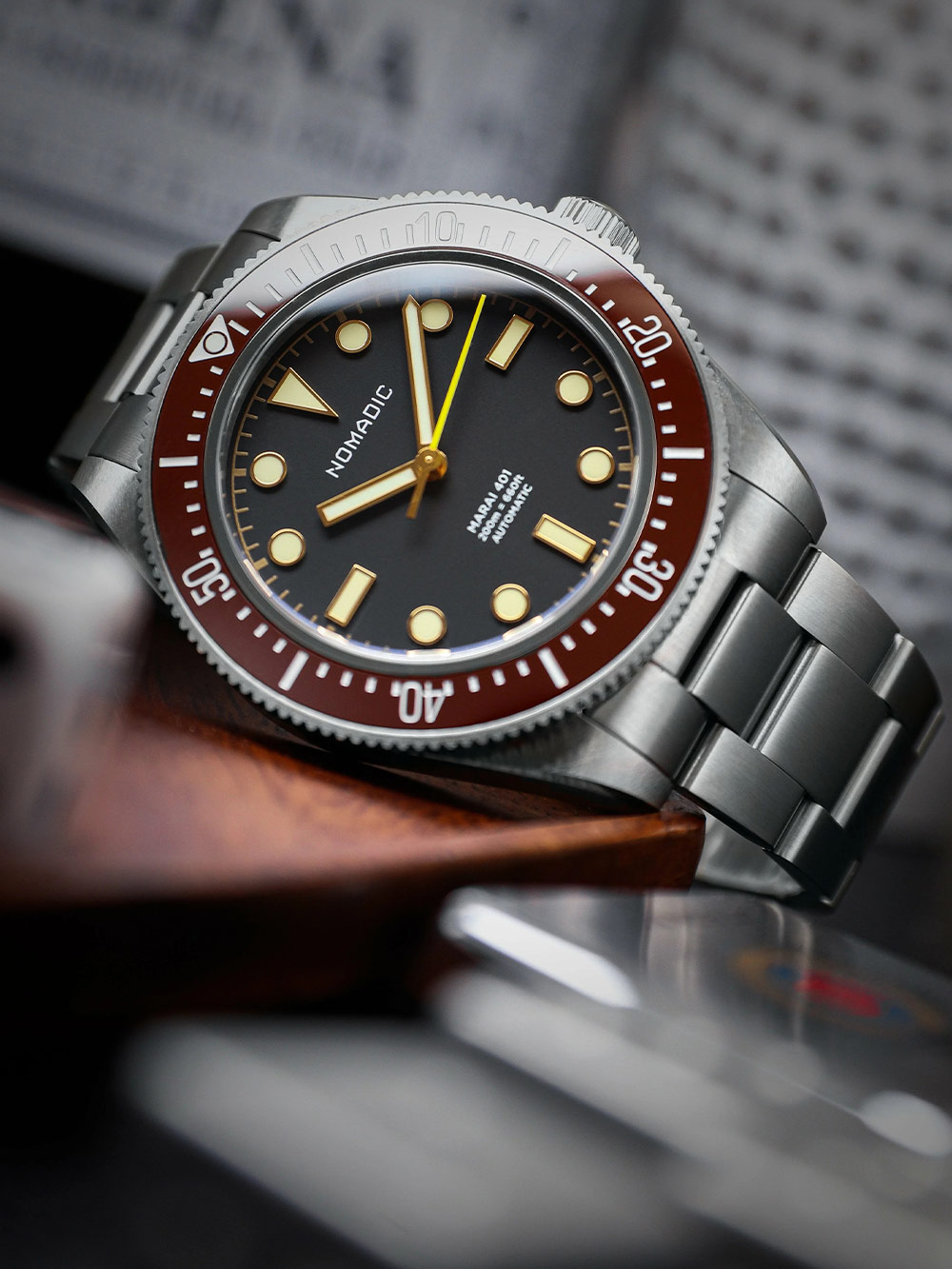 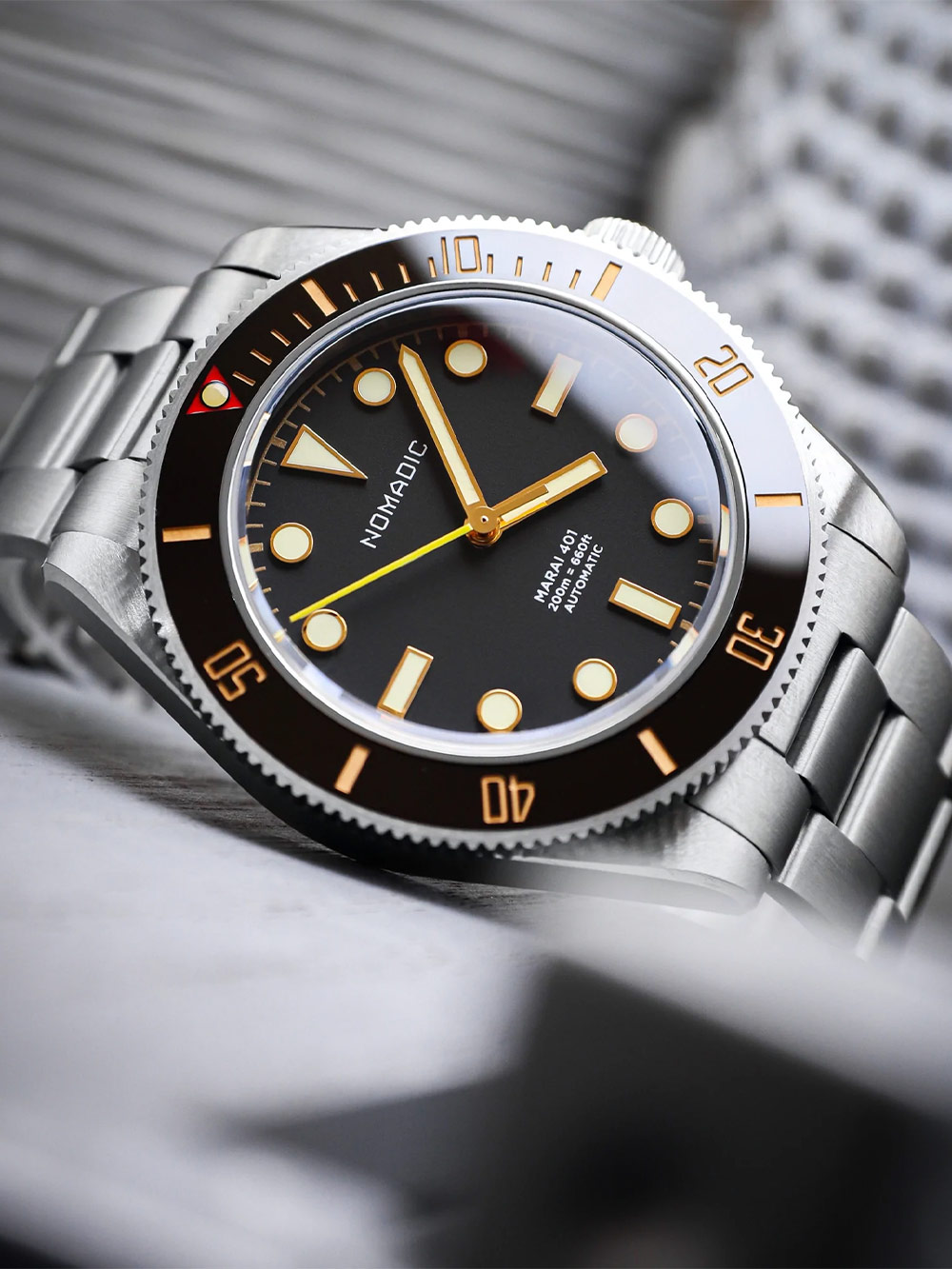 Nomadic Watches are as inseparable from Belfast as their nautical namesake. Their debut timepiece, the Maraí, literally translates to Irish Sea Farer, a tribute to the new horizons that Belfast’s great iron ships were created to explore. That of course means a solid dive watch – other than a marine chronometer, what else would you need for an Atlantic crossing or two? – and matching specs.

The Maraí 401 Pro (which is also included in our Luxury Dive Watch Guide) has 200m water resistance, an automatic Swiss movement and all the bells and whistles of a proper Swiss timepiece – Super- LumiNova, sapphire crystal et al. It’s even available in a solid range of colours, be that the nautically- standard blue, black and gold, or the incredible red and black Crimson Dawn. 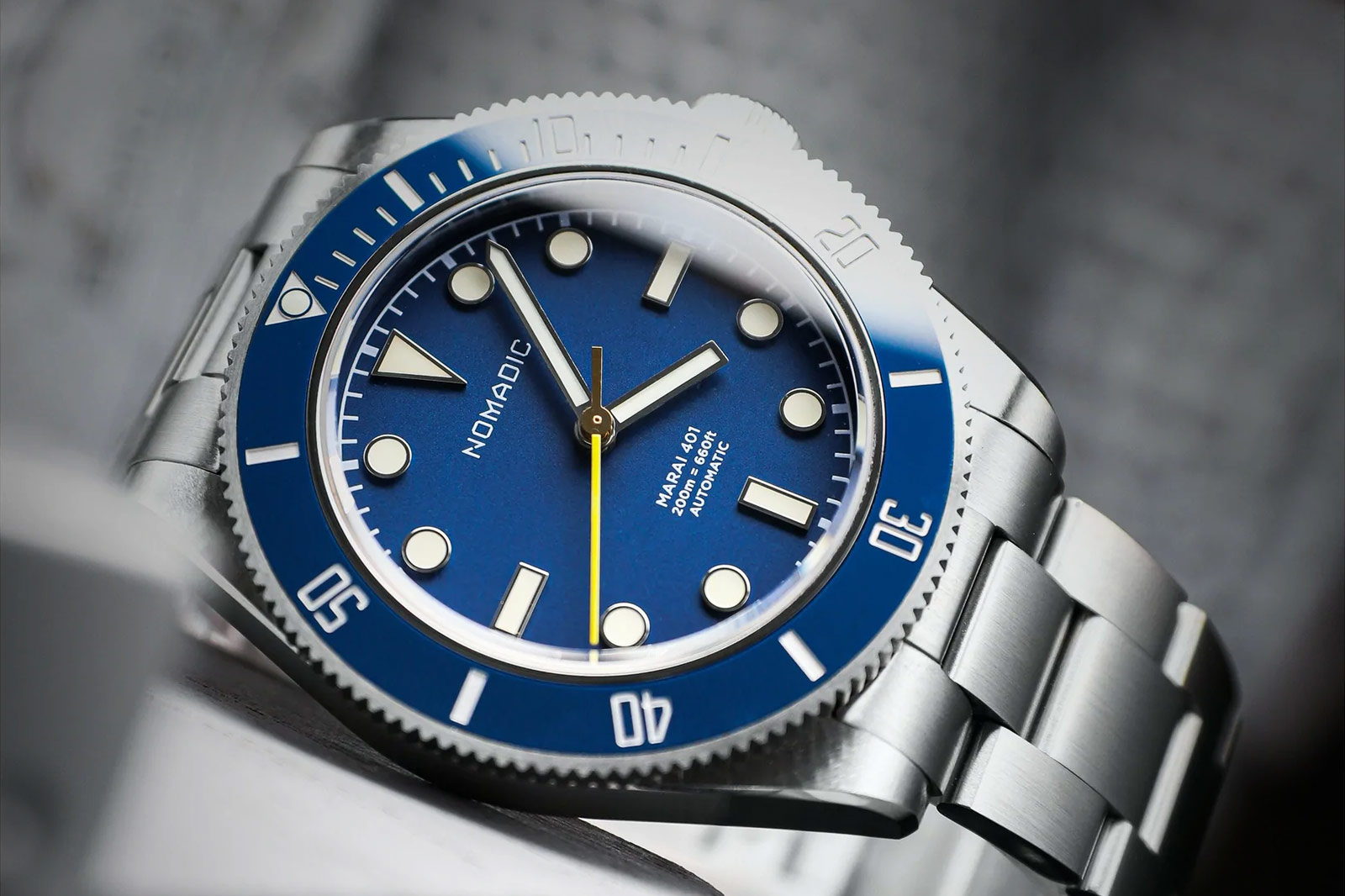 Yet if there’s one design element that defines the Maraí, it’s not their good looks dredged from the golden age of 50s diving. It’s not their respectable specs and tool watch functionality. It’s a small yet unmistakable detail: the bright yellow second hand. The sweeping yellow second hand, perfectly straight, is a dial-mounted tribute to the very Samson & Goliath cranes that not only define the Belfast skyline but have been integral to the city’s main industry.

In short, without those cranes it’s perfectly feasible that the SS Nomadic wouldn’t exist; without the ship, Nomadic watches wouldn’t exist. For some watches a coloured second hand would be a throwaway detail. Here, it might just be the most thematically important part of the Maraí 401.