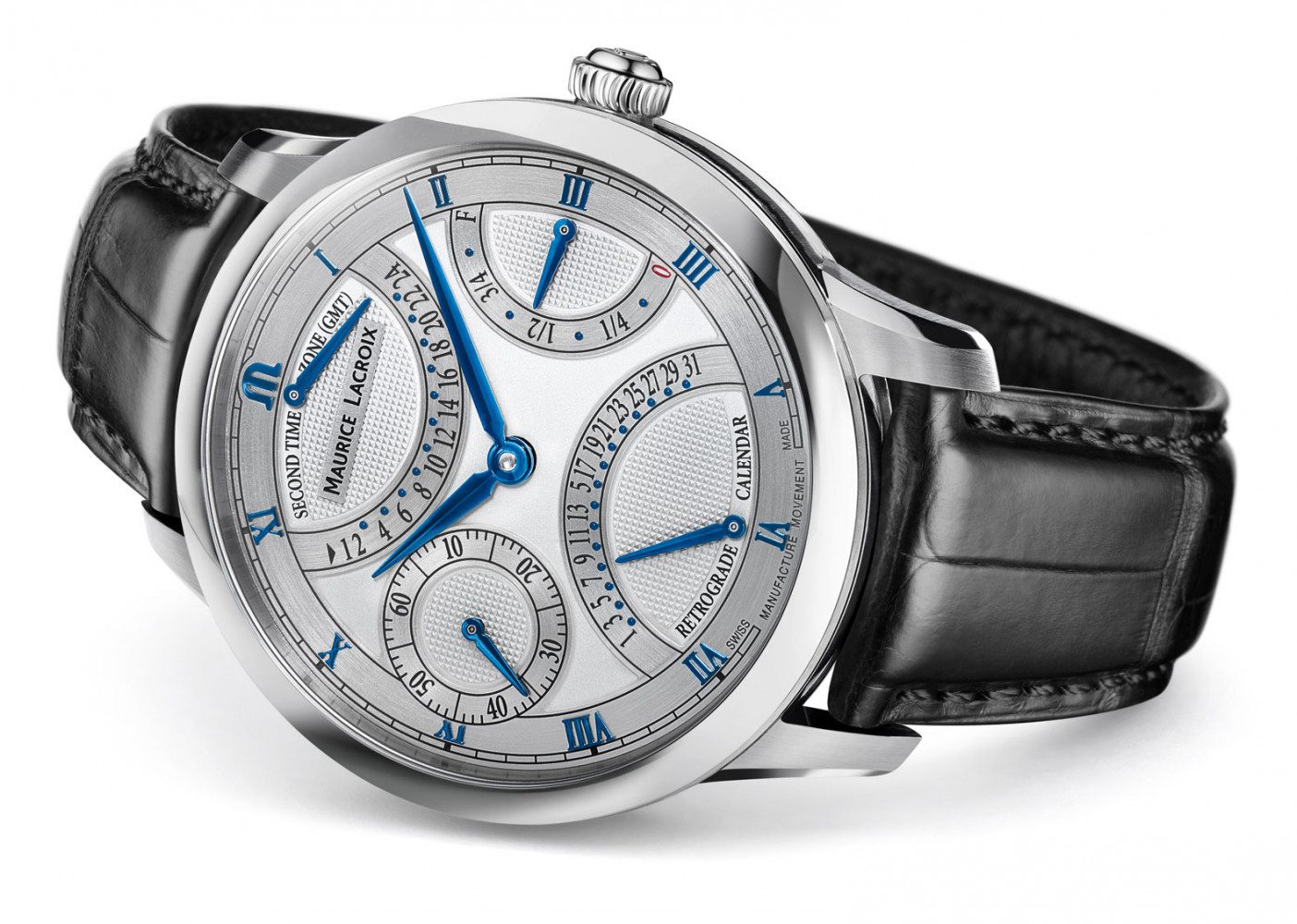 Effortless is the only way to describe the maison’s revamp of their 2003 masterpiece, which is an achievement in and of itself…

We gloss over Maurice Lacroix a lot of the time and there’s really no good reason for it. Yet from our perspective, nice as they are the maison’s standard collections just aren’t impressive enough to capture our attention for longer than a glance. Not so with their Masterpiece collection.

As the name suggests, this is where Maurice Lacroix keeps the good stuff, the metaphorical locked cabinet hiding the Dalmore 18. It’s where all their not-insignificant forays into haute horology find a home and where, this year, they’ve stashed their most exciting watch of 2017.

A double retrograde isn’t perhaps the most difficult accomplishment in haute horology; it’s no walk in the park for sure, but compared to the other highlights of Baselworld 17 the actual mechanical achievement is noteworthy but not outstanding. That’s especially true given that this is a remake of the phenomenal 2003 model. Making it look this good however… that is something worthy of applause. 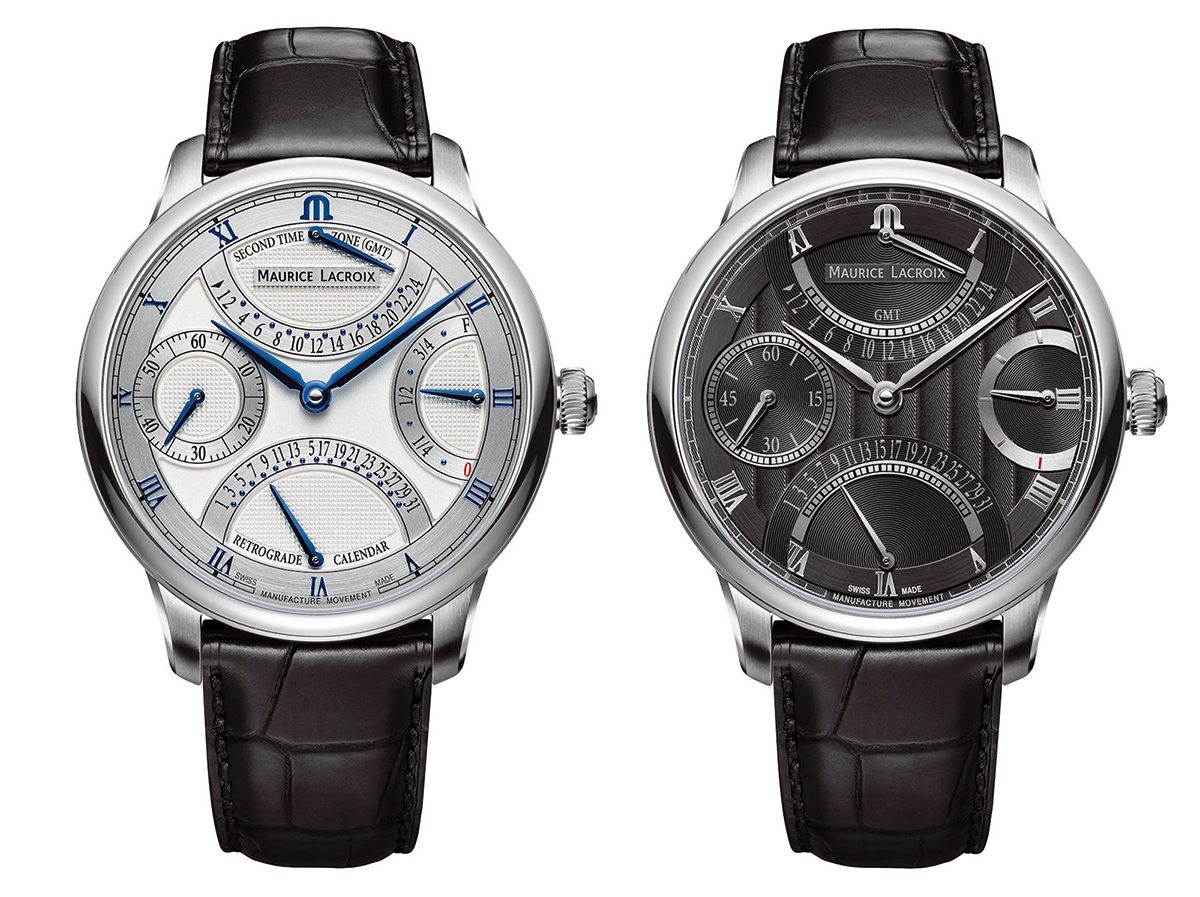 The new Masterpiece Double Retrograde is instantly-recognisable as a Maurice Lacroix, incorporating their signature blue / white livery and the plethora of dial finishes that denote their masterpiece collection. Most significantly it retains those classical good looks despite a total of six hands moving their way across the dial.

Granted a large part of that is simply due to the 43mm size of the case but there are plenty larger watches that have more of an issue with display. Here clean and balanced are the keywords, the layout of the various indicators – for want of a better word, subdials – creating a wonderful symmetry to the whole piece.

Maurice Lacroix is rightly proud of their in-house calibres, most of which do find their way to the Masterpiece collection. The Double Retrograde uses the ML191 which powers the second time zone retrograde at 12 o’clock, balanced by a date retrograde at 6 o’clock. The second tick away at 9 o’clock and the whole ensemble is monitored over 52 hours by the power indicator opposite. 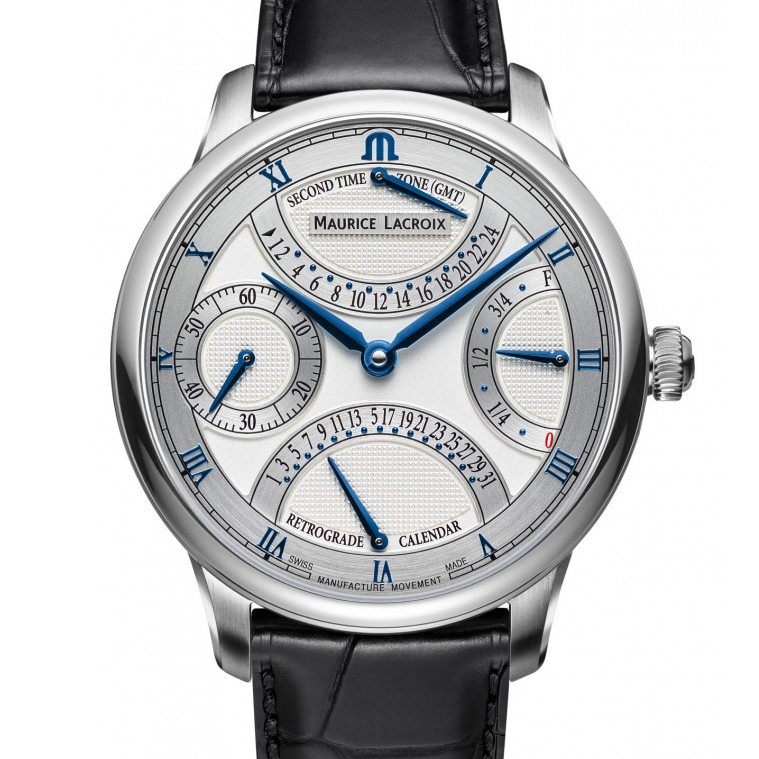 Between the beautiful (not to mention tactile) knurled crown, the hand-matched blue Roman numerals and the various dial finishings, no facet has been left unattended to. Maurice Lacroix has dubbed it a masterpiece after all and it certainly deserves the attention.

The only downside is that we would really like to see it on a blue rather than black crocodile but when we’re getting down to that level of nitpicking there’s definitely something spectacular about the piece. There’s a few actually – not least of which is the CHF 4,500 (roughly £3,500).