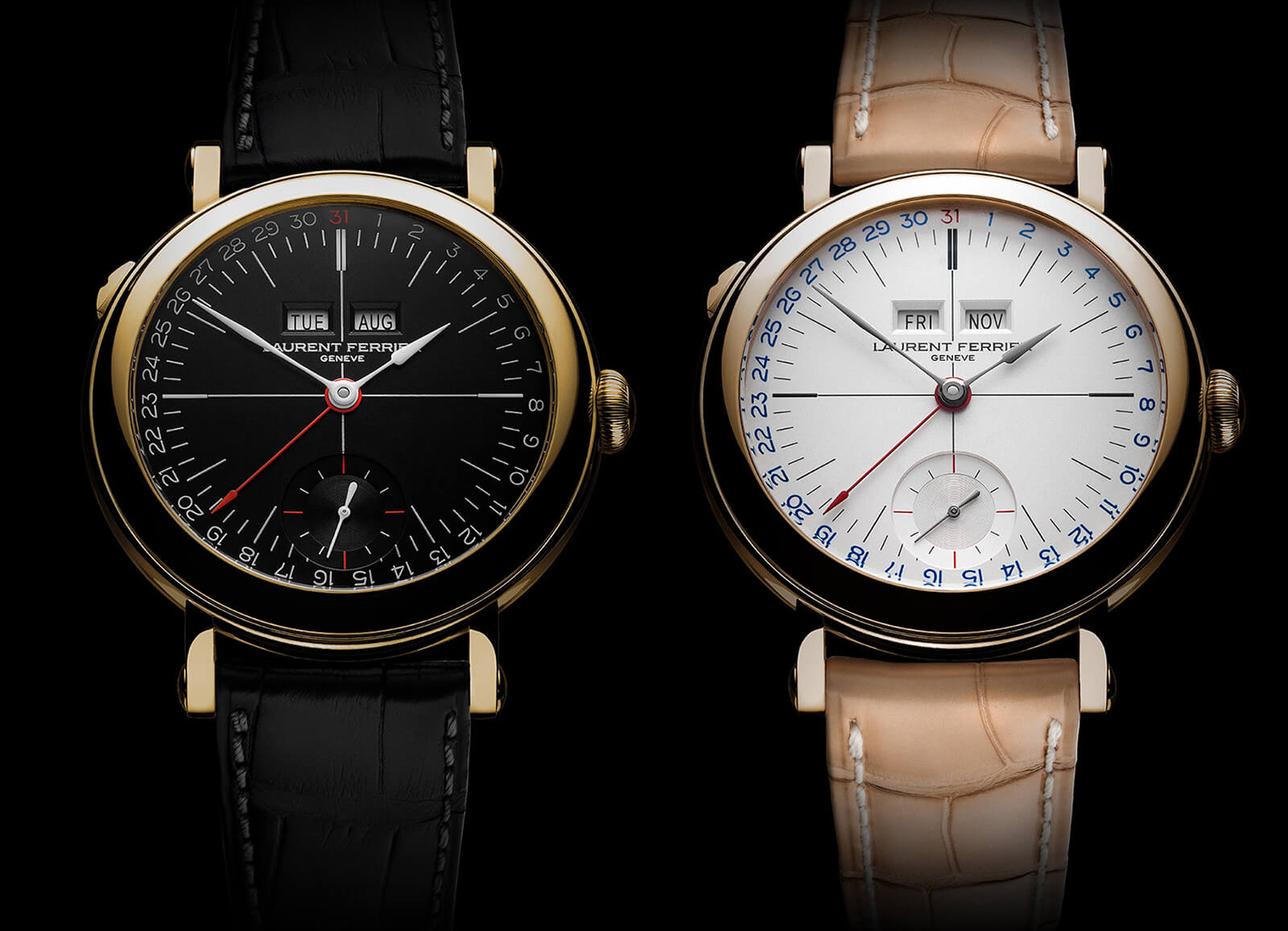 If you saw our GPHG ’18 recap you should already know all about the Galet Annual Calendar, where it won the award for best men’s complication. Unveiled at the beginning of the year, it represented Laurent Ferrier’s 5th in-house calibre, a seriously impressive achievement for a watchmaker that’s still relatively young. Ahead of SIHH 2019, the award-winning watch gets a cleaner, more traditional facelift, doing away with the two-tone dial used previously in favour of a finely-grained, uniform surface in black or white.

The new models, like their predecessor, were developed to be the easiest possible annual calendar to use where so many of them require a year’s worth of crown twisting and button pushing to ease into the right indication. Both the date and month have fast adjustment, and all done from the same crown, making the whole process painless. 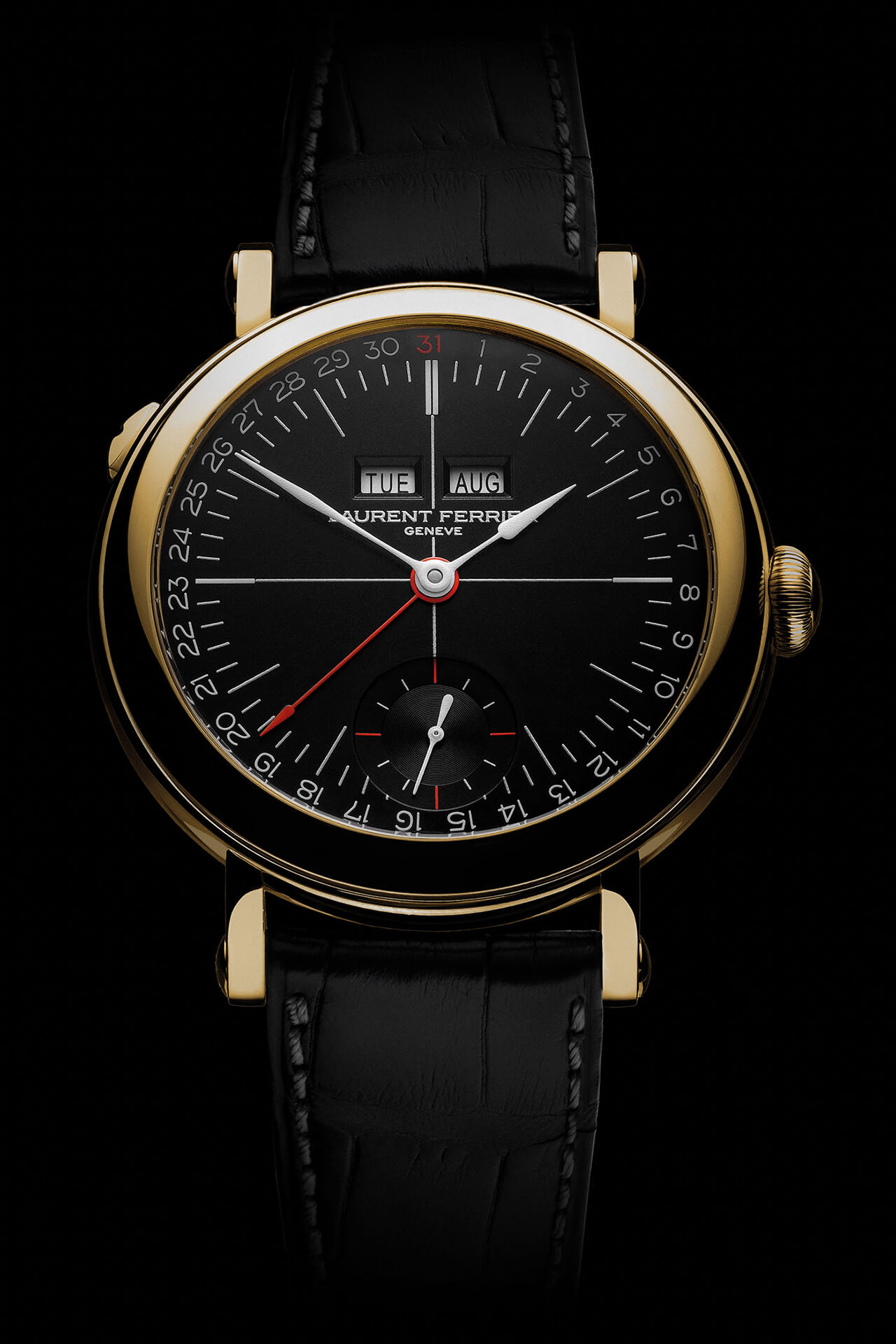 Form follows function and it’s just as simple to look at as use. In fact, it’s one of the cleanest, clearest and perfectly-balanced annual calendars out there. It still has lovely finishing across the board, just a little more pared-back in visuals.

That’s why, even if it’s just a facelift, we’re excited by the prospect of the Galet Annual Calendar Montre Ecole Opaline. Movement-wise there’s no change from the original manual-winding mechanical LF126.01 movement of previous models, but the dial is more refined than ever.

Laurent Ferrier has done away with the two-tone dial used previously in favour of a finely-grained, uniform surface in black or white. It might on paper seem like a small change, but the effect is dramatic, firmly rooting the watch in the 20th century rather than the 21st for a far more classical look. 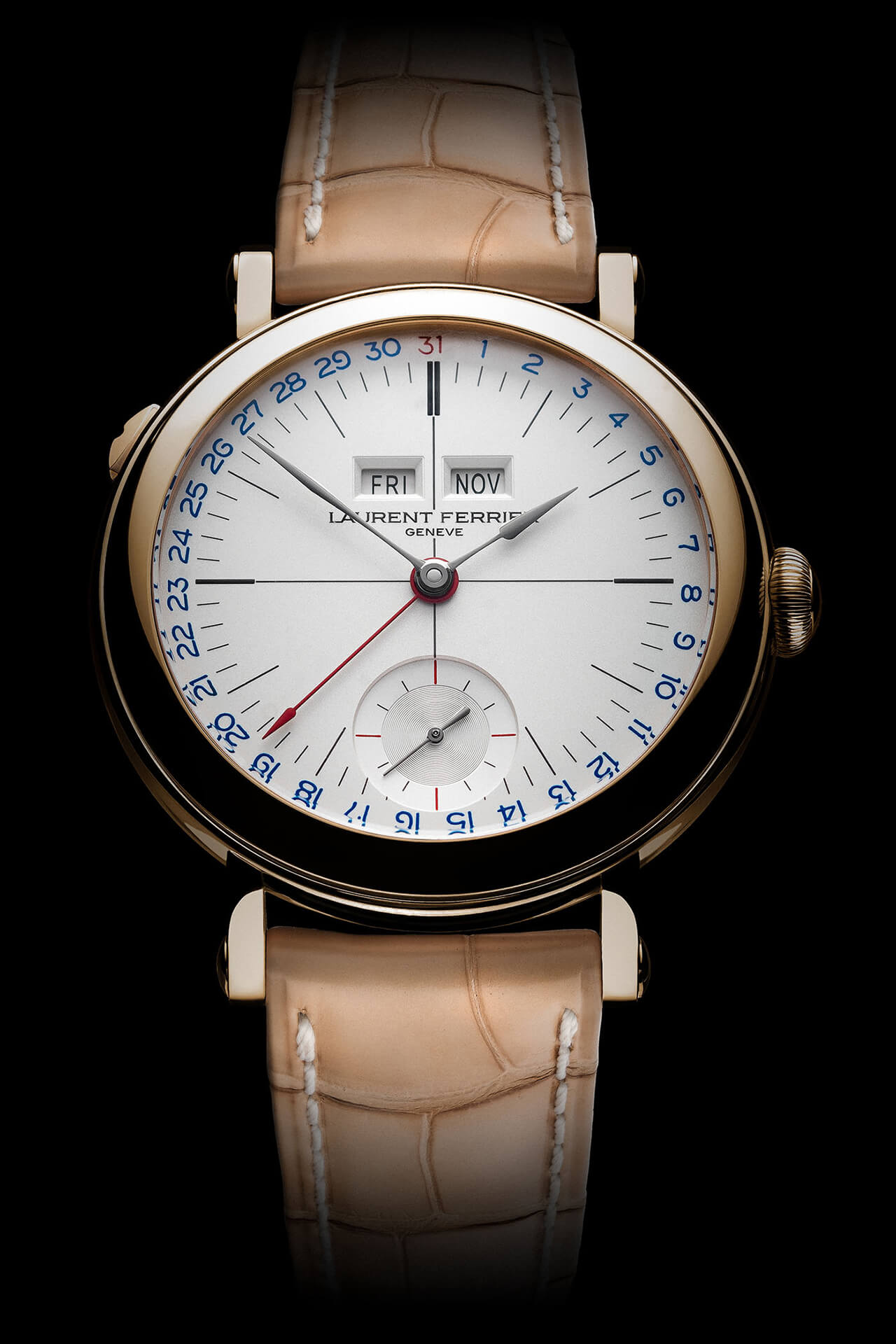 We’re expecting plenty more from Laurent Ferrier in 2019; they’re always one of the bands to watch for the year ahead. For now, we’re happy to tide ourselves over with a new version of their seminal Galet Annual Calendar. At the very least, it’ll let us accurately gauge how long until their next full release.

Find out more on www.laurentferrier.ch.