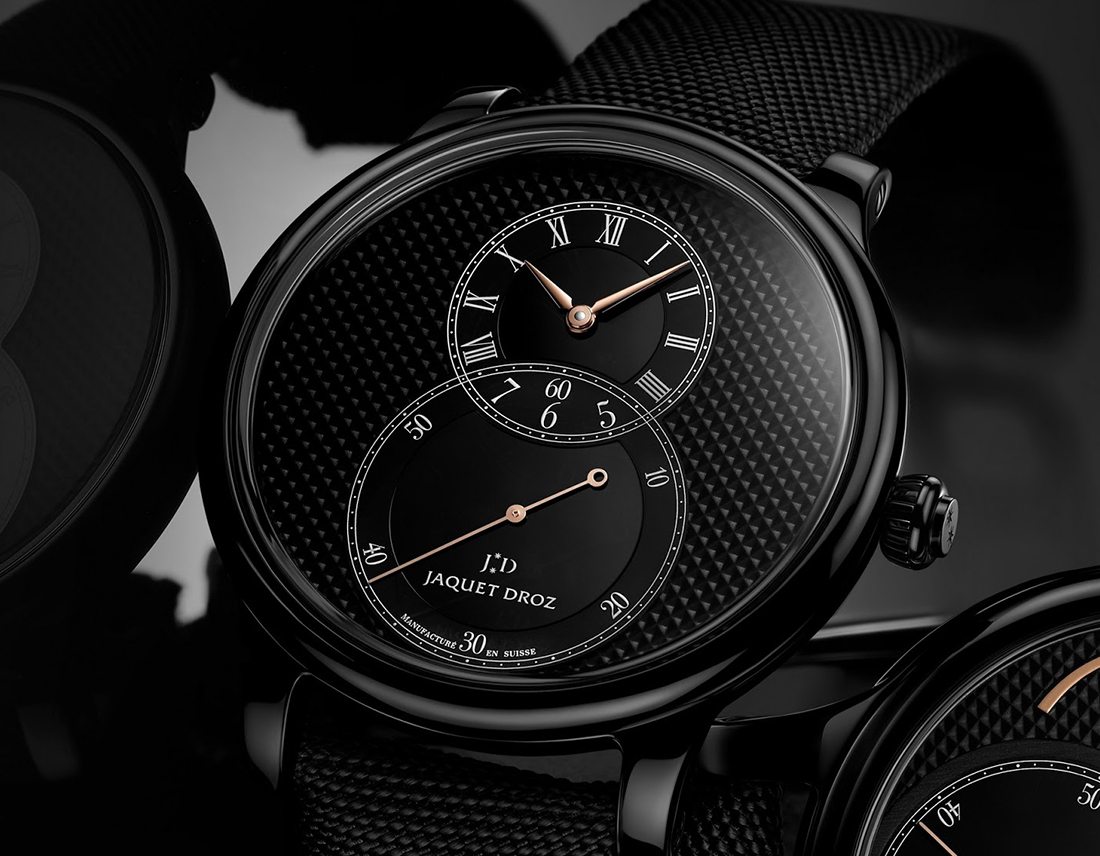 Jaquet Droz’s signature Grand Seconde watch has evolved many times since it was first introduced over 200 years ago. Testament to its longevity as a design icon, it has been reinterpreted in multiple ways throughout the years while also continuing to breathe new life into a timepiece that should, in most cases, be an old relic by now. This time however, Jaquet Droz has gone for something slightly more contemporary with the new Jaquet Droz Grande Seconde Ceramic Clous de Paris. 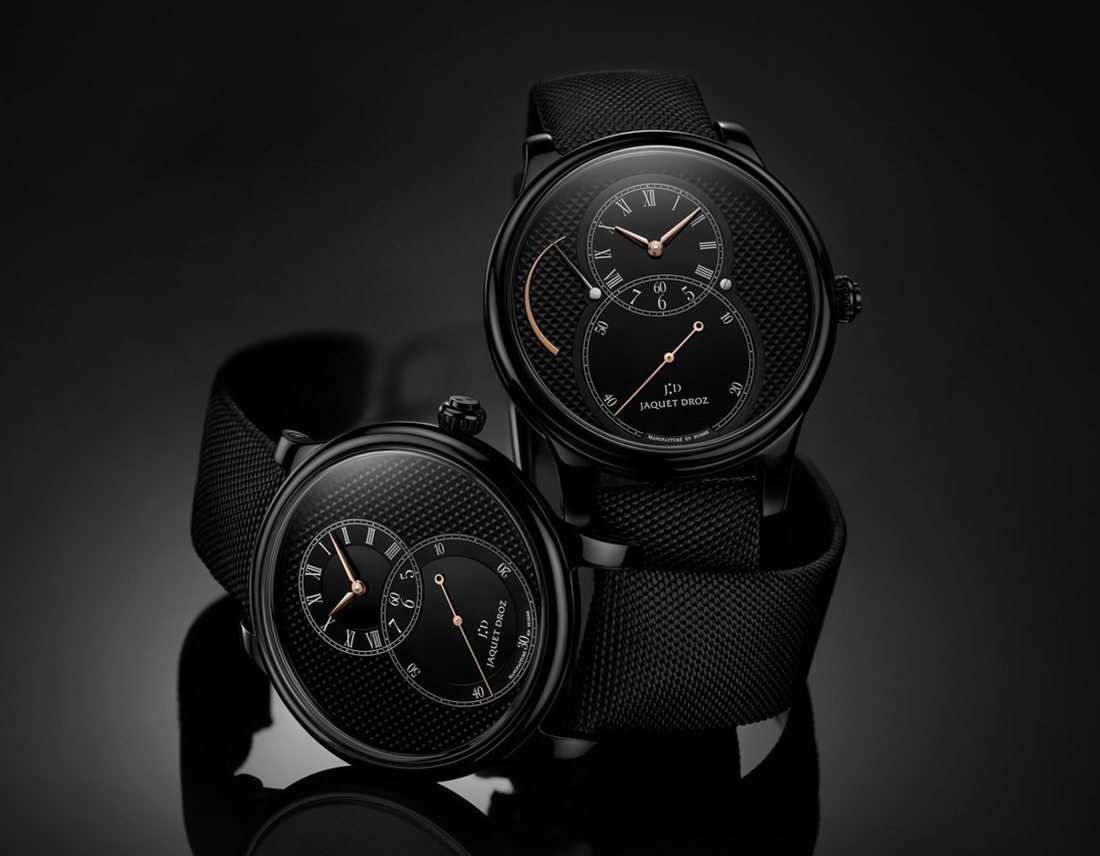 The new collection contains three watches in total, one in white ceramic and the other two in black, all featuring an eye-catching textural “Clous de Paris” motif which starts on the dial and continues onto the strap. 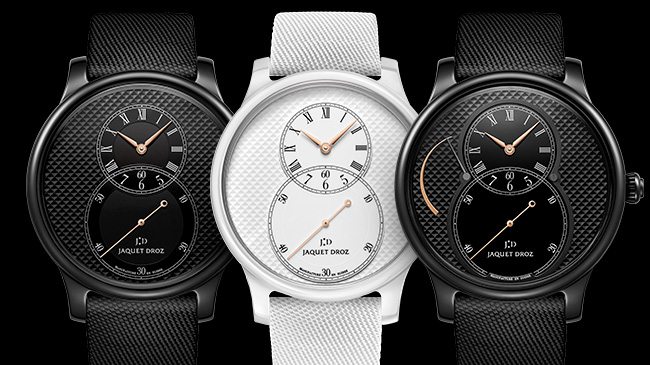 The Grande Seconde Power Reserve Black Ceramic (far right) is the most complicated model of the bunch, featuring a golden arch at 9.00 o’clock to indicate its power reserve as well as 18K red gold hours, minutes and seconds hands which perfectly offset the contrasting black dial.

Each watch will share the same self-winding mechanical movement, the Jaquet Droz 2663A, which powers at a beat frequency of 28,800 vibrations per hour with a reserve of around 68 hours. Made with a ruthenium treatment, double barrel and a heavy metal rotor with black PVD treatment, the watch is also water resistant to 30 meters.