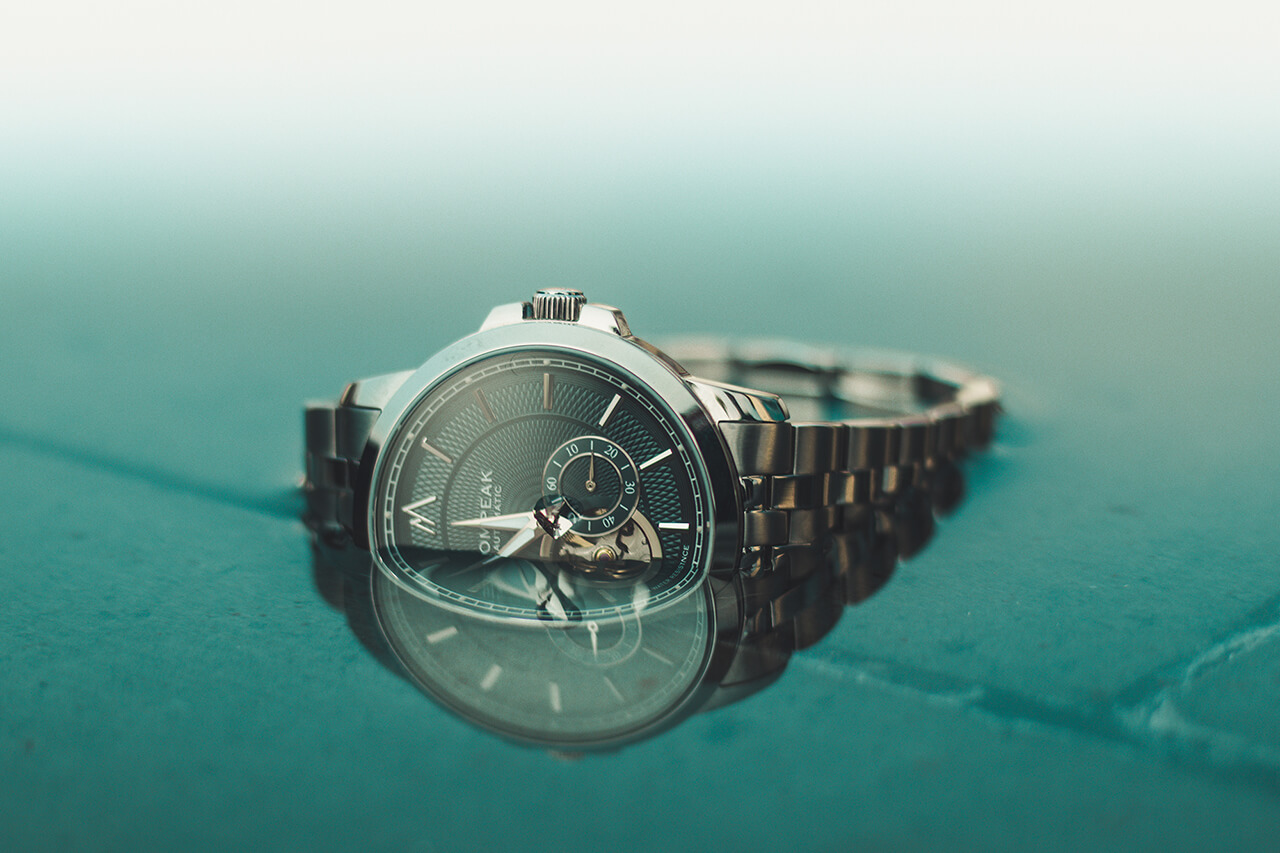 Kickstarter has been great for the watch world, allowing new creative ideas to be heard. Granted there have been as many failures as there have been success stories, but in the case of Pompeak it was just the head start they needed.

They create the watches they want to wear and as their, aptly-named, Debut collection showed, it wasn’t just the guys behind the design that wanted to wear it. Sleek, minimalistic and visually inventive, it was bang for your buck in every aspect. 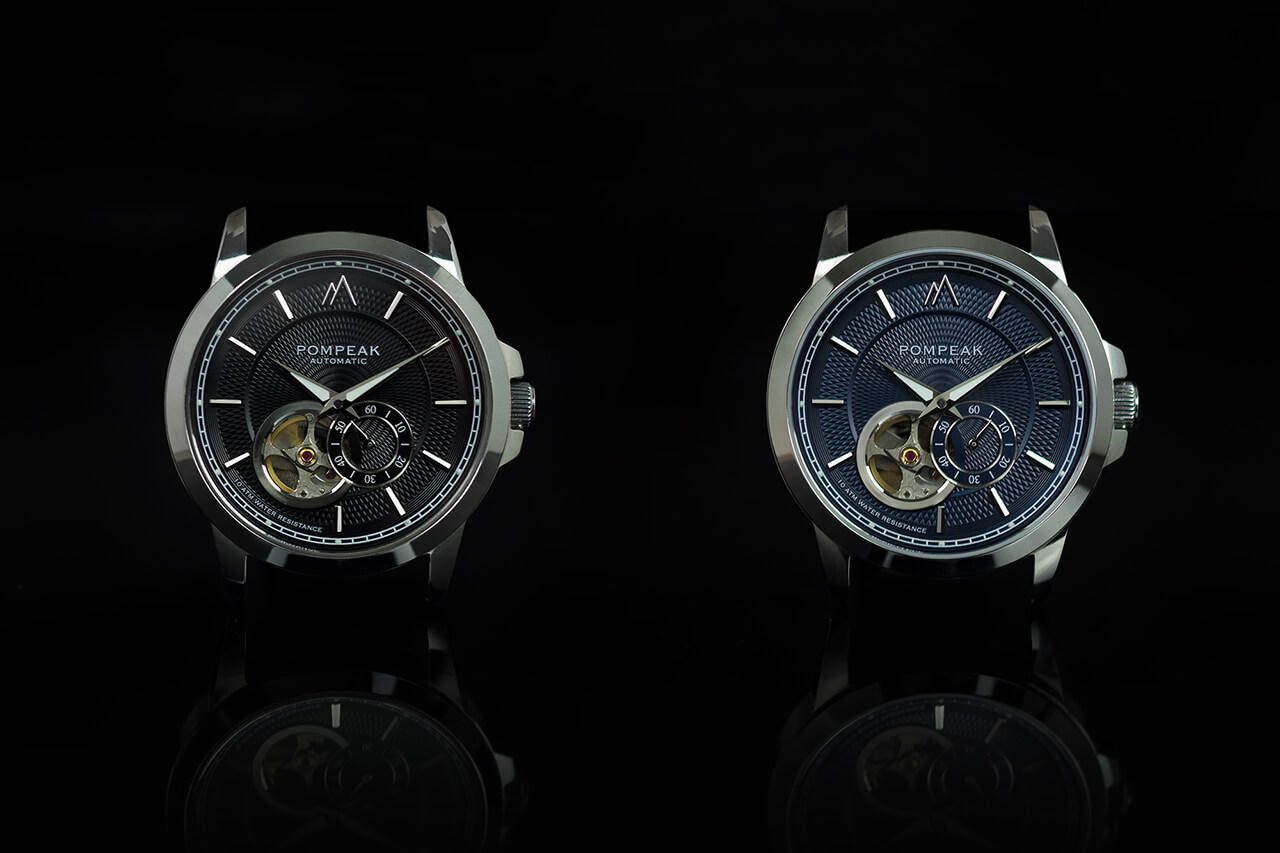 However, a single collection does not make a brand and now Pompeak has taken the next step into becoming a serious British watchmaker with the Gentlemen’s Collection, horological elegance incarnate. 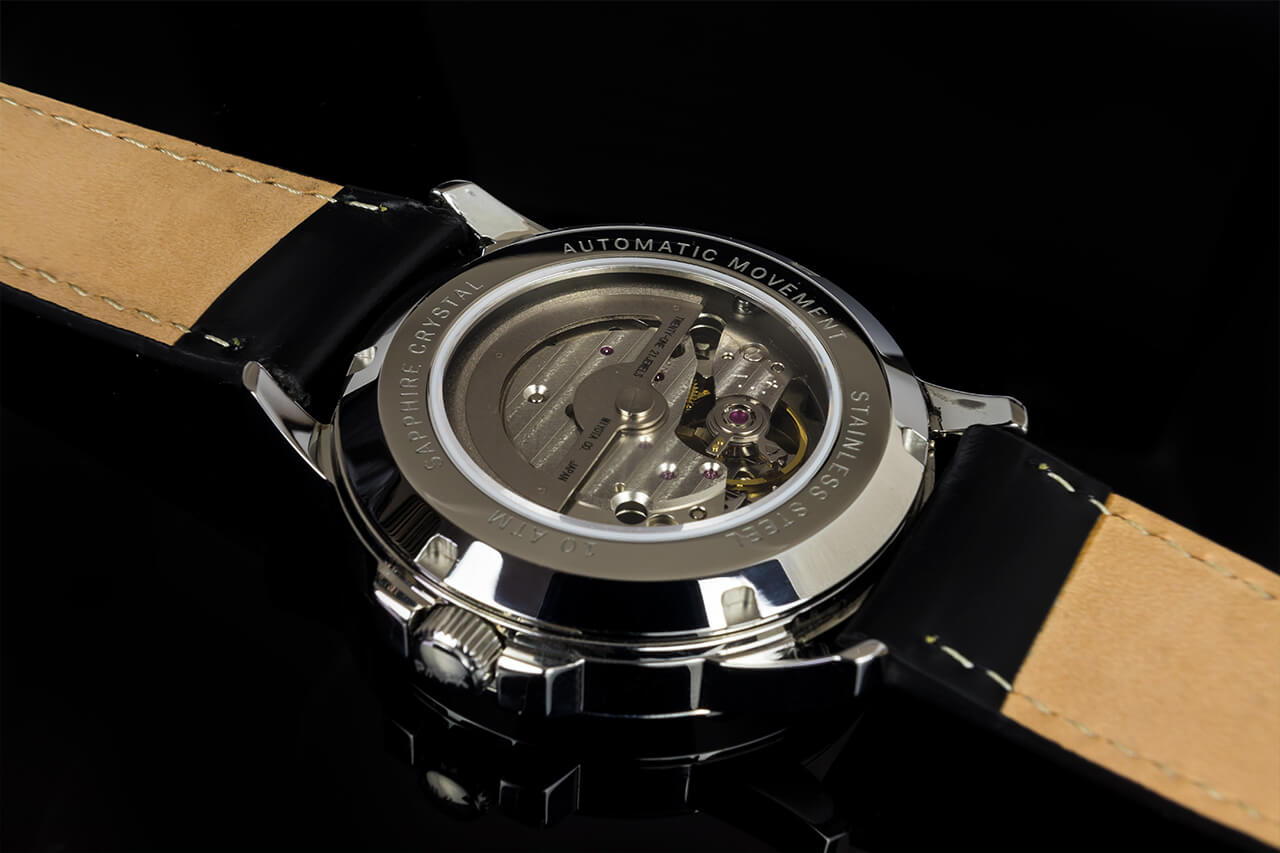 An automatic movement is a sight to behold and the Japanese number behind the Gentlemen’s collection is no exception. That’s why it forms the focal point of the dial, with an open balance wheel at 7 o’clock. Combined with a classic black or midnight blue dial and streamlined indexes, the result is a handsome contemporary timepiece. 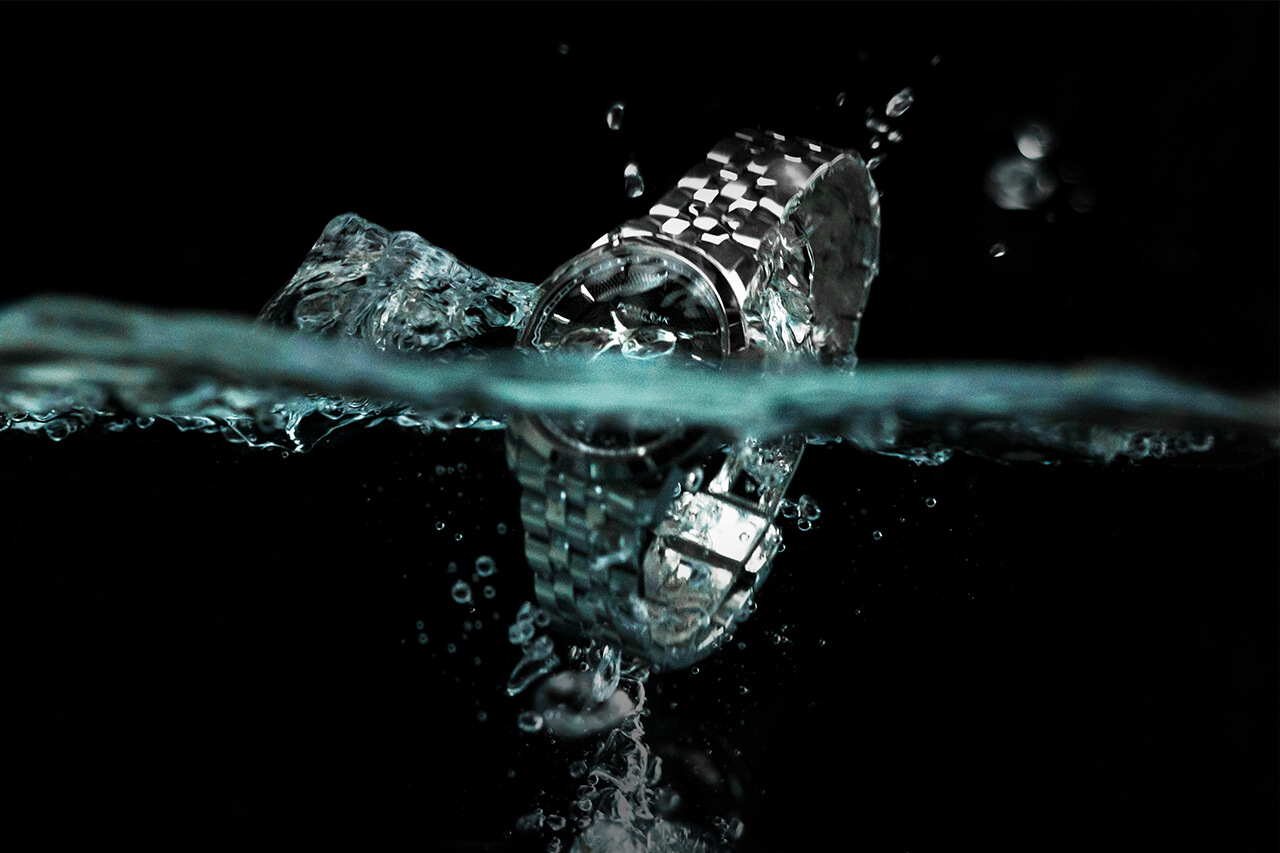 Unlike many sleek watches, the 40mm stainless steel case has a respectable level of depth resistance – 100m to be precise – meaning that it won’t be damaged by everyday exposure to water. Throw in either a solid stainless steel bracelet or a lovely full grain leather strap and you have a well-rounded, quality watch. Better yet, it’s affordable – incredibly so – at under £200. That mind you is an early bird price so if it seals the deal, you’d best get in there soon.

For more information and to pre-order your Pompeak Gentlemen’s Collection timepiece, click here.