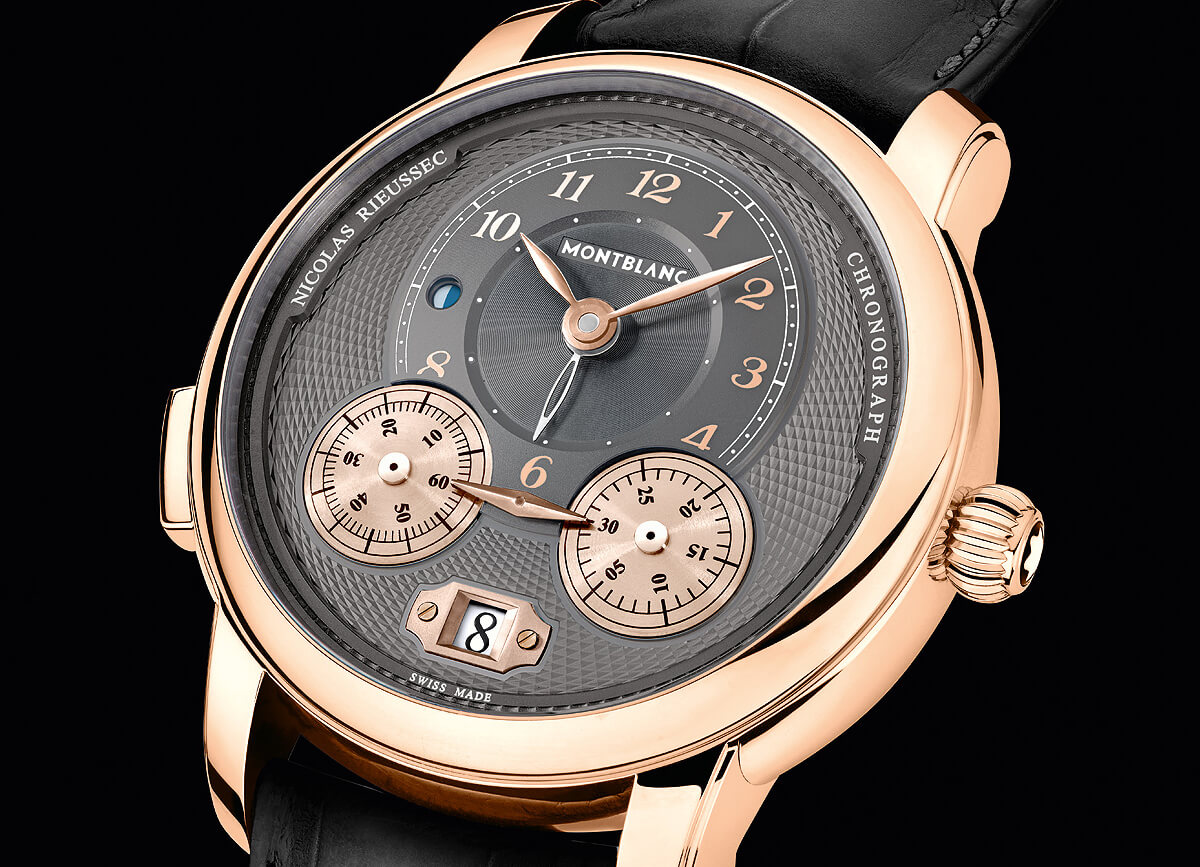 In the newest edition of their Nicolas Rieussec Chronograph, Montblanc brings depth and detail to the dial of their signature stopwatch complication.

The Nicolas Rieussec chronograph has always been one of Montblanc’s most distinctive pieces. Sure, their more classical timepieces are beautiful and insanely good value for money, but the Rieussec has always been their watchmaking flagship since it was introduced a decade back.

It’s a seriously impressive watch, using rotating discs for the chronograph minutes and seconds, linked by a pointer between the two. In the past though it’s always gone one of two ways: either it imitated the original 1821 inking clock or a technical, openworked piece of haute horology. The new Star Legacy Nicolas Rieussec Chronograph is somewhere between the two. 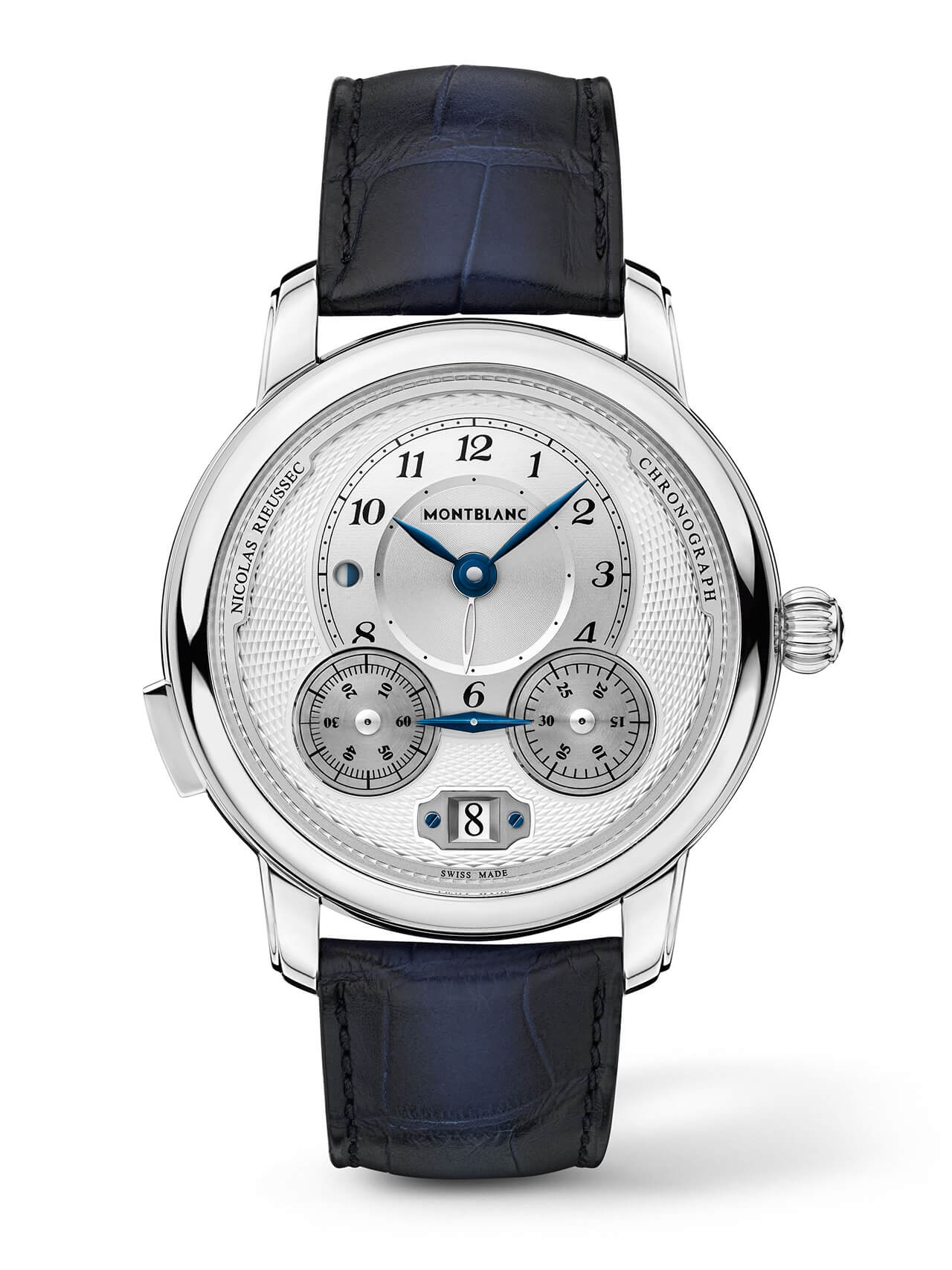 The central feature is still those dual chronograph discs, but this time they’re either rhodium plated or rose gold – depending on the case material – contrasting with a stunning barleycorn guilloche anthracite dial. Instead of contrast, the watch relies on texture and embellishment to add depth. It’s far more subtle than previous Rieussec’s and all the more elegant for it.

The only thing that, on paper at least, is less elegant is the size; at 44.8mm it’s a substantial piece of watch. That said, thanks to its rounded edges it’s far more wearable than it might seem at first, especially when compared to the host of big, aggressive sports chronographs out there. It might not imitate a clock quite as much, but it’s still pure classicism on the wrist. 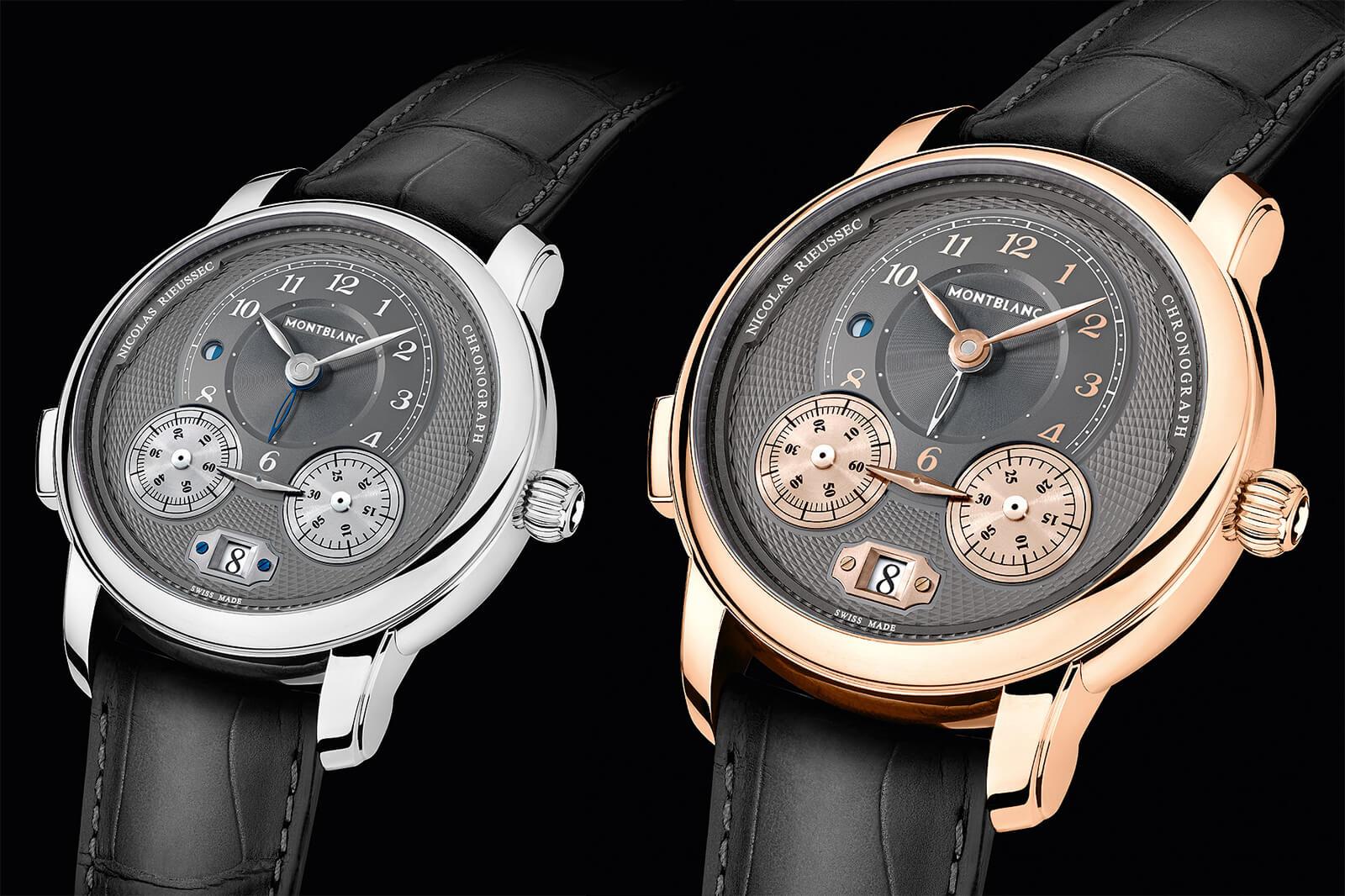 The Rieussec is powered by Monblanc’s own MB R200 monopusher chronograph movement. It has a seriously impressive 72-hour power reserve thanks to its twin barrels and it looks the part to, particularly with a case-matched rotor visible through the exhibition caseback.

We’ve been waiting for a new edition of Montblanc’s signature chronograph for far too long and, now that the new Star Legacy is here, we’re not disappointed. The same goes for the price. Sure, the rose gold version is a little pricey at just under £20k but compared to its contemporaries that’s phenomenal. Now we can’t wait to find out what it is in steel…