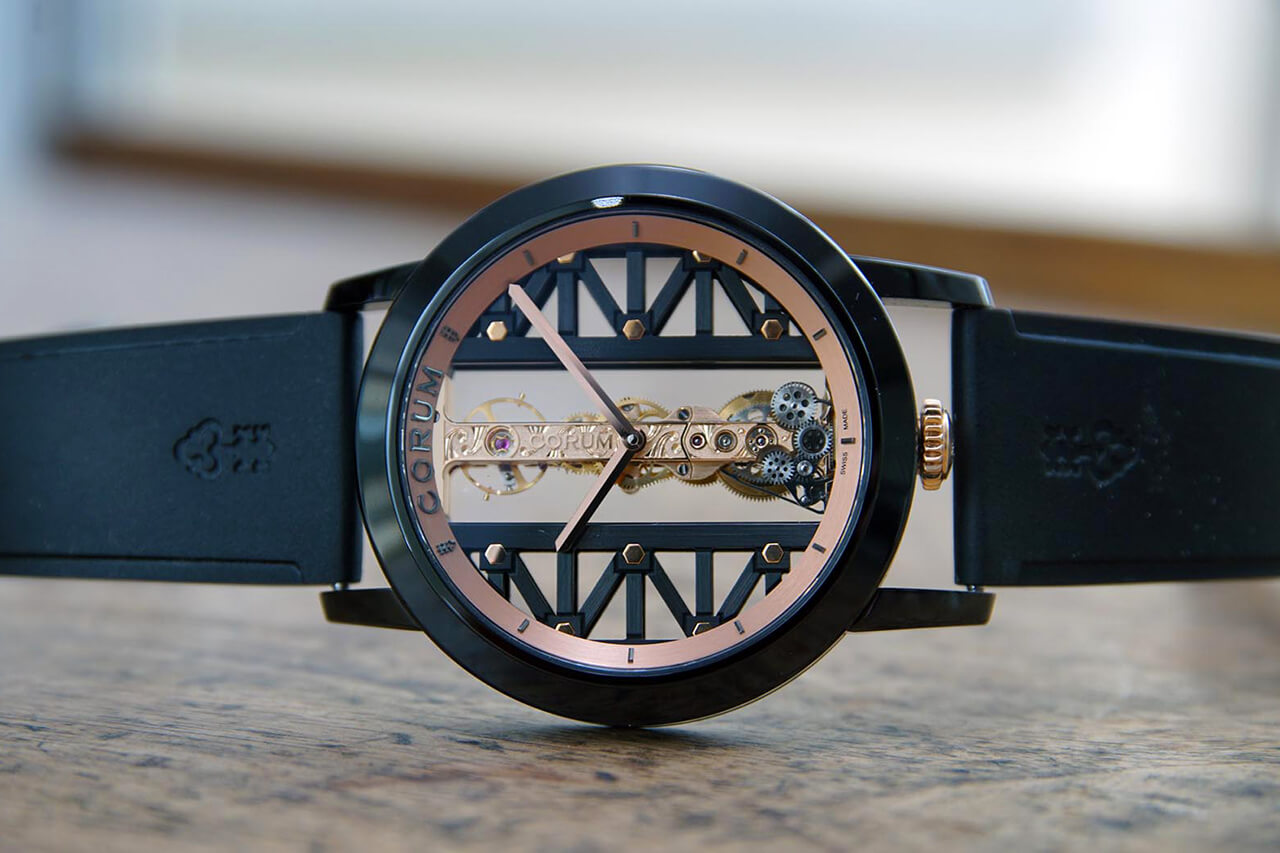 For a movement first created four decades ago, Corum’s Golden Bridge couldn’t be more contemporary… especially with its new titanium and DLC overhaul.

40 years is a long time to remain relevant, but Corum’s phenomenal baguette movement is one such element. It’s been used in men’s watches and women’s; round watches and rectangular; simple, elegant pieces and diamond-clad jewellery. 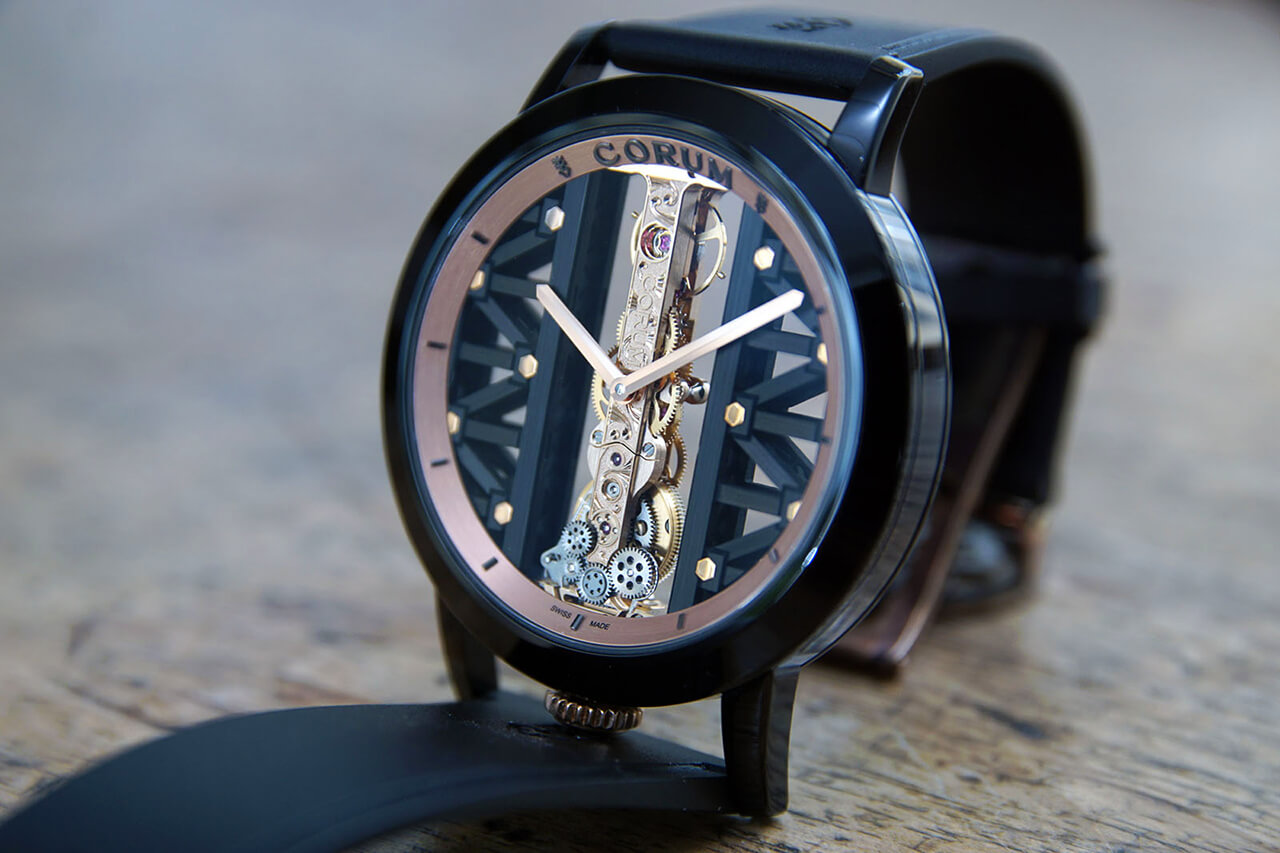 Every now and then however, even a classic can use a new lick of paint. In watchmaking paint’s not going to cut it though. Instead Corum has draped their iconic timepiece in the pure black of DLC. It’s not just a case coating either; the girder-like bridges either side of the linear movement have also been blackened.

To alleviate the darkness a little, gold screws, crown and a golden inner bezel – not to mention the gold, brass and steel of the movement itself – provide a striking contrast. It also has the benefit of making the watch that much more hard-wearing. It’s Diamond-Like Carbon, after all. It’s also lighter than it looks, given that the 43mm case is made of titanium rather than the usual precious metals. 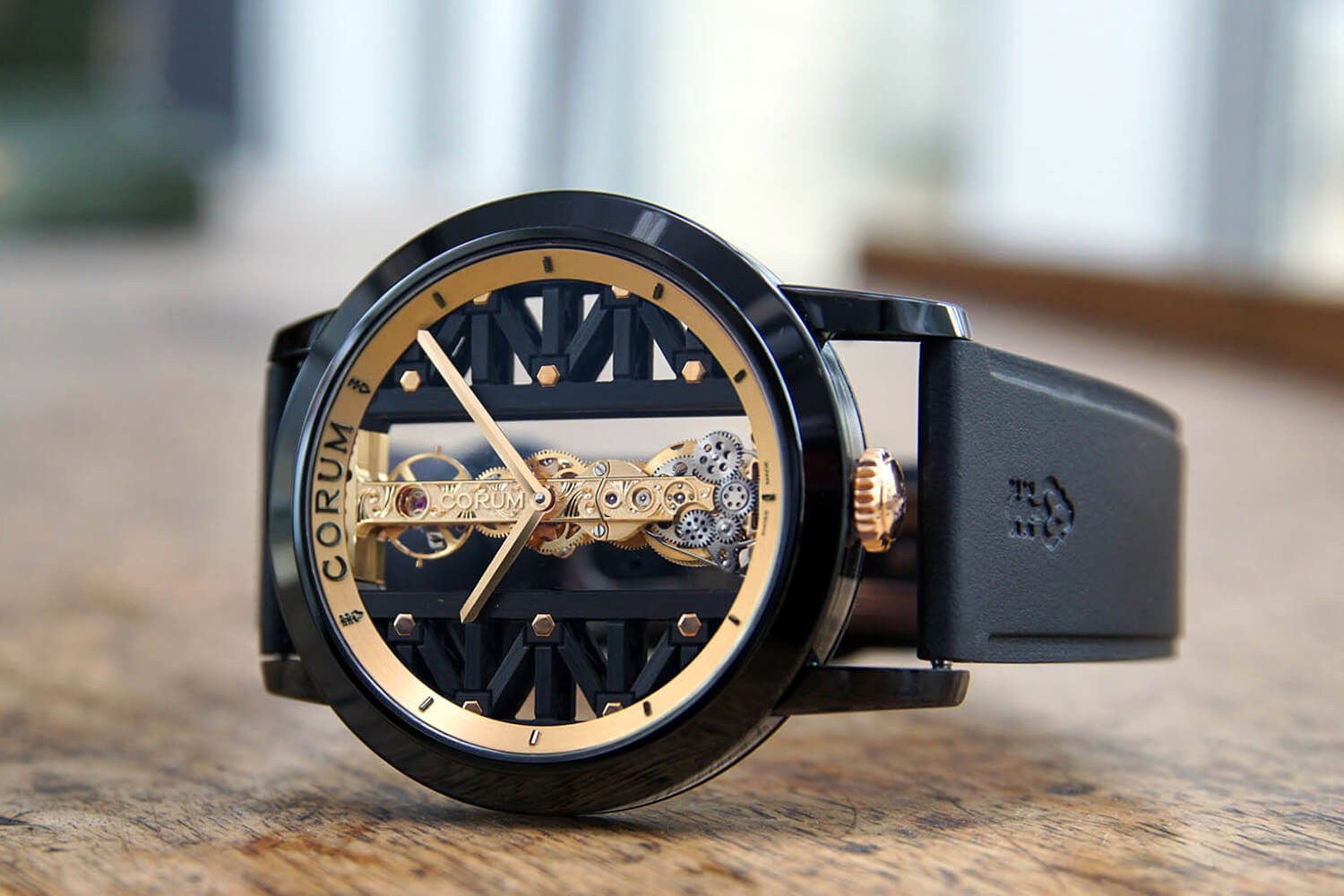 The movement isn’t 40 years old – it was re-engineered a couple of years back – but it is the same as you can find in any other Golden Bridge watch. So, it this just a change of look? Well, yes, but one that the collection kind of needed.

Complete with a black rubber strap, the glorified paint job has transformed the watch from a traditional, hate horology classic into something far sportier. I wouldn’t suggest taking it rock climbing, but if you did it would survive nicely. 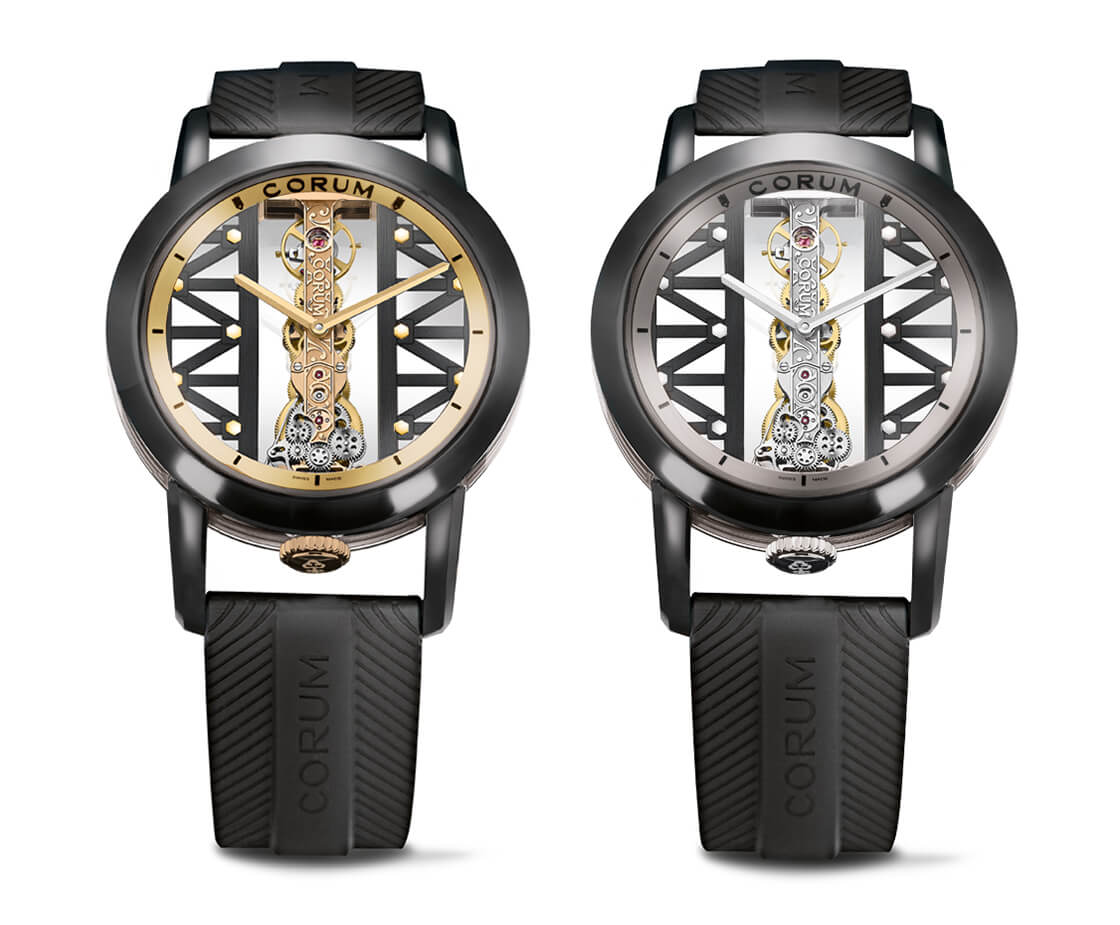 More importantly though, it makes a watch that was already ahead of the curve when it came to horological trends that much more contemporary. At the very least, with changes like this the Golden Bridge will easily survive another four decades.