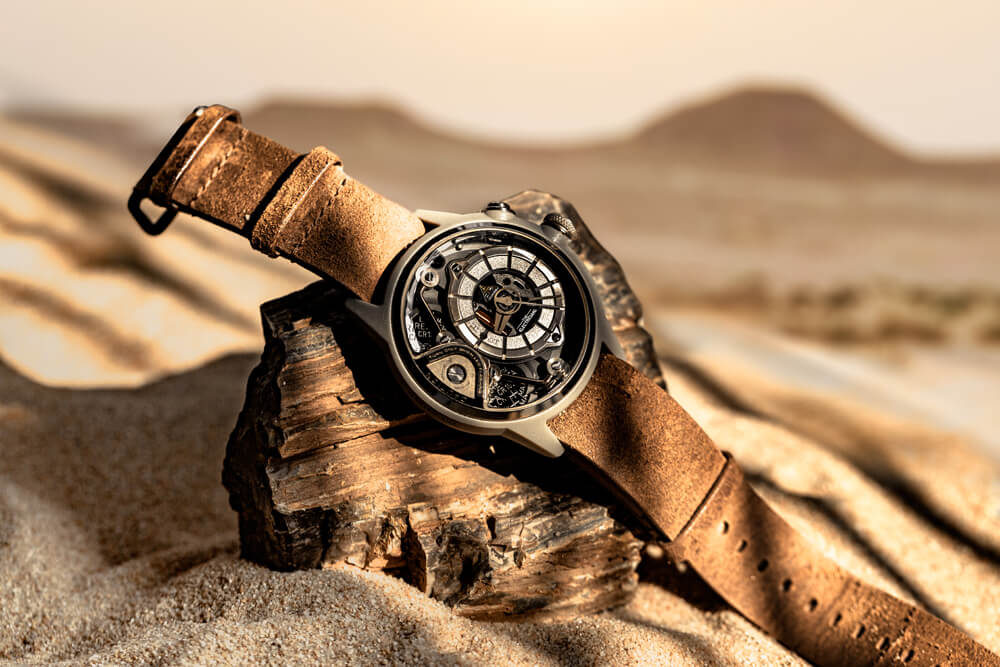 Swiss watchmakers are too hung up on the analogue, the strictly mechanical. In distancing their watches as far from quartz as possible, they’ve lost the wonder of electricity, the adoration for the raw flow of power that the modern world revolves on. They’re stuck in another era. Not so The Electricianz.

Electrically-powered and proud should be The Electricianz’ tagline. Every one of their watches is equipped with long-lasting batteries, something their designs highlight rather than hide. Take, for example, their latest timepiece, the DeZert. 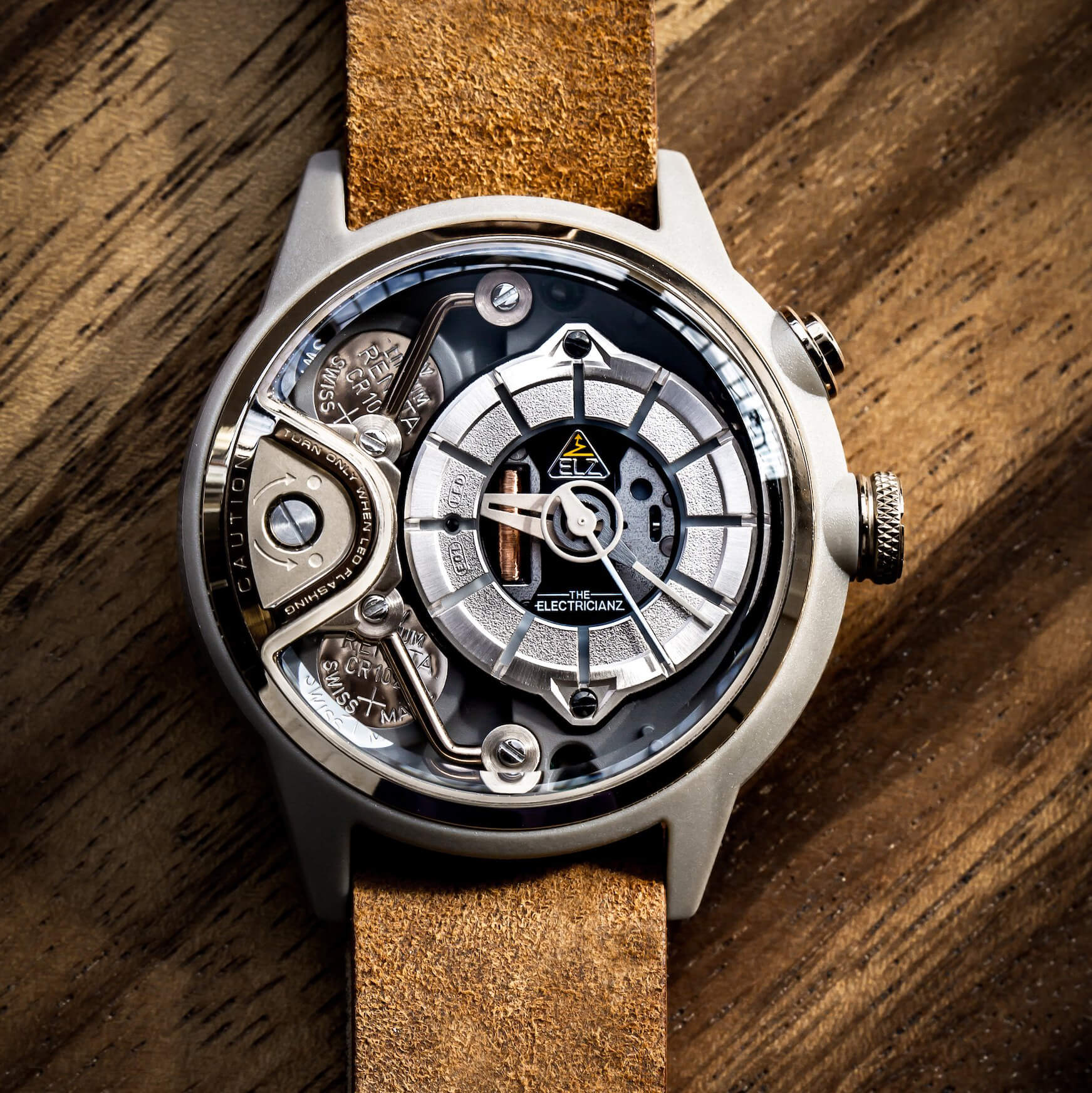 Like something birthed from Mad Max in Switzerland, the DeZert looks built to survive the wasteland. The big, 45mm sand-coloured case is made from stainless steel then wrapped in thermomoulded, incredibly hardwearing top class 10-nylon. It may have a soft, silky look but it’s hard and heat- and abrasion- resistant. It’ll take more than a desert chase to harm the thing.

The dial, with its visible twin batteries, looks more like a transformer than a watch, albeit one with hour, minute and second hands. You can even see a glint of bright copper underneath, hammering home that this is a piece of electrical magic rather than a traditional Swiss watch.

The dual-battery layout has a practical purpose. It means that when one starts running down, you can switch directly to the back-up to keep the watch going for double the time. You’ll be warned by an LED light, so don’t worry about missing it. 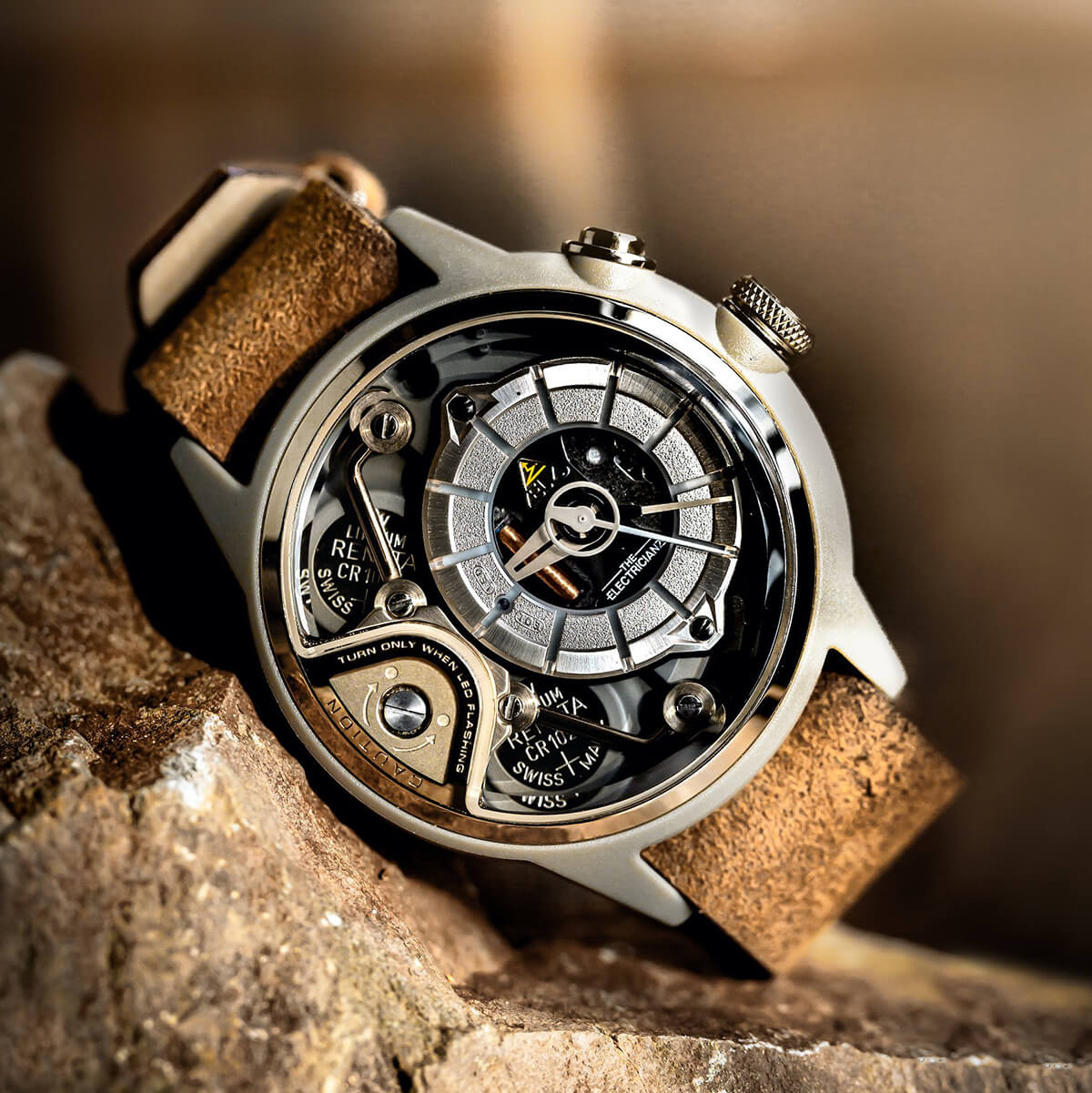 That’s not the only LED in the DeZert either; the hour ring is backed by four LED lights, granting clear visibility in any light. Nobody wants to get caught out, whether in the blinding light of day or early hours of the morning.

Overall it’s an undeniably striking design. Created by the Swiss Studio Divine, the DeZert falls in line with the Electricianz’ collection as a whole: vibrant, eclectic and like nothing else on the market. If Swiss watchmaking has become a bit staid for you, if you’re after something more individual – and easier to look after, of course – look no further.