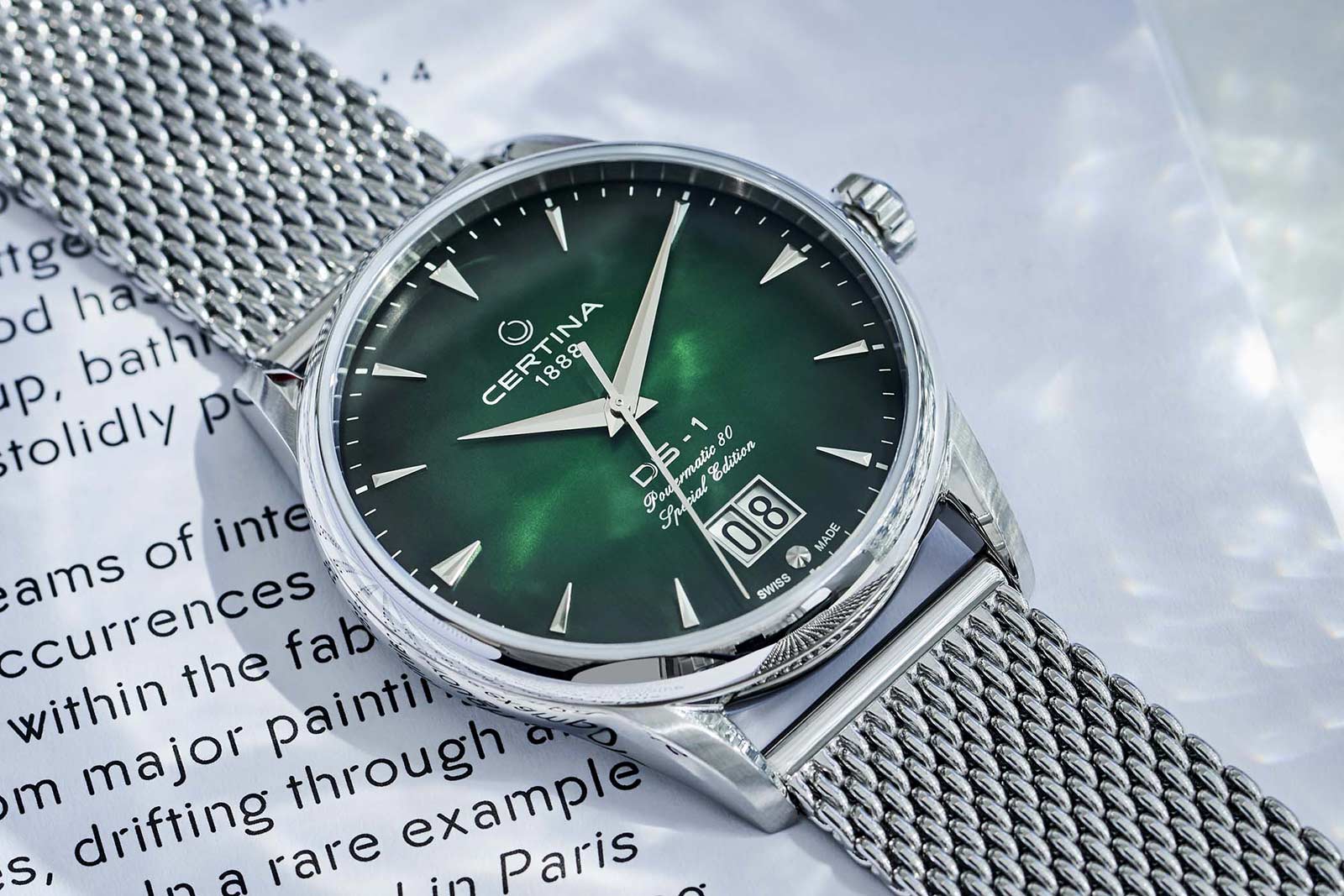 Certina is inseparable from those two little letters D and S. The Double Security system was, when it was first introduced in 1959, a pretty significant step in Swiss watchmaking, a leap forward for reliability and water resistance. As the system celebrates its 60th anniversary, Certina is celebrating the 3 things that made its first DS watch such a success: classic style, solid mechanics and affordability. Say hello to the Certina DS1 Big Date 60th Anniversary.

First a bit of background on what the DS system actually is. It consists of five different elements: a sapphire crystal, two seals on the crown, an O-ring on the setting stem and a special seal in a reinforced caseback. Together these aspects combine to cut off anywhere water might find its watch into the watch and keeps things robust and shock resistant.

It’s a simple system to the point of design elegance, meaning that it’s cheaper to implement than most snazzy chock absorbers we have today. Elegance is also an apt watch for the first 1959 DS Concept it was built into, the basis for this new equally-lovely limited edition. 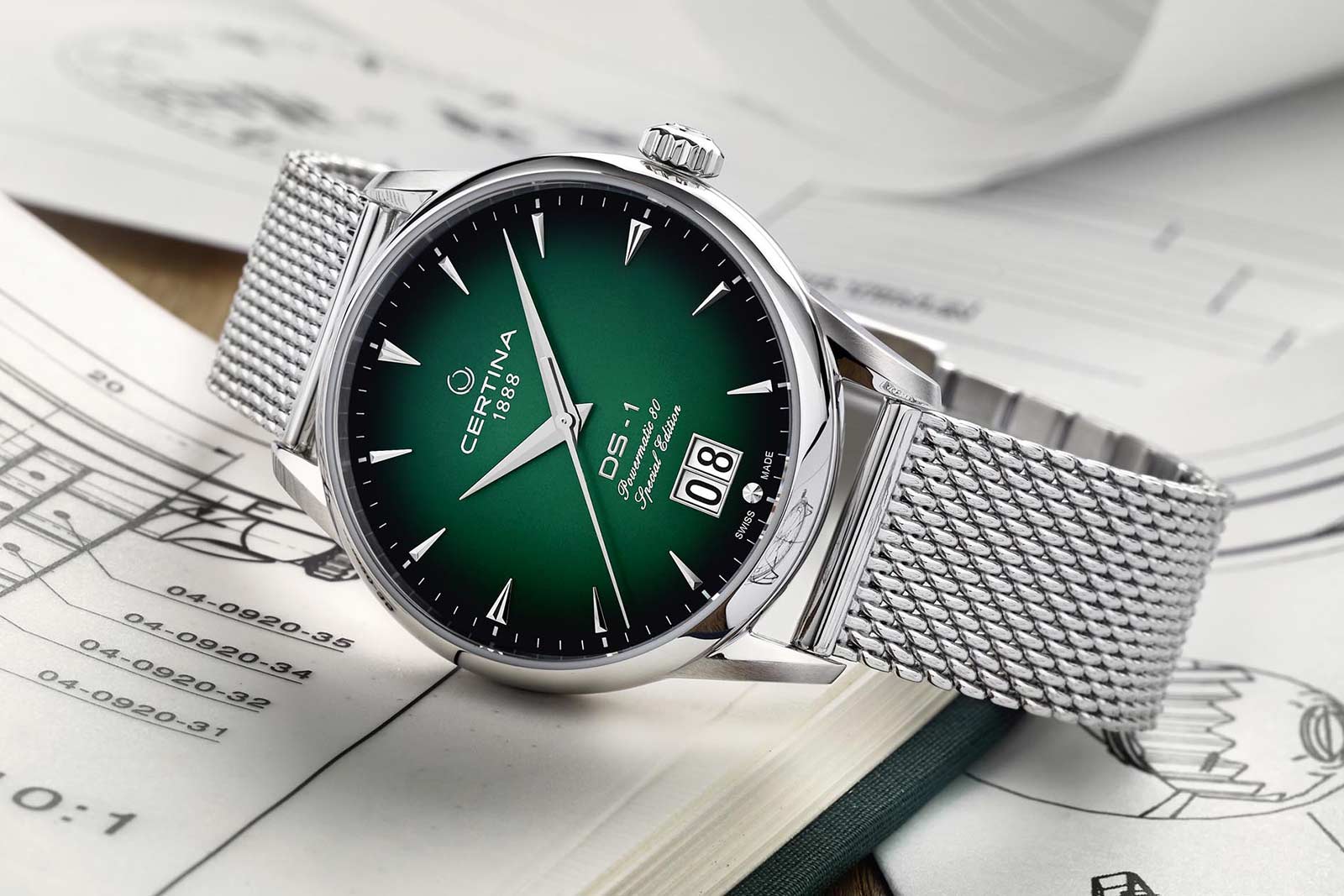 Shapewise the DS1 Big Date takes plenty of cues from the original, albeit with slightly shorter lugs further up the 41mm stainless steel case. The dial is just as elegant, but switches the original baton indexes for triangles instead and adds a big, big date at 6 o’clock. The main feature though is the dial: a stunning degrade number in Certina’s signature green. The whole thing is finished with a lovely Milanese strap. 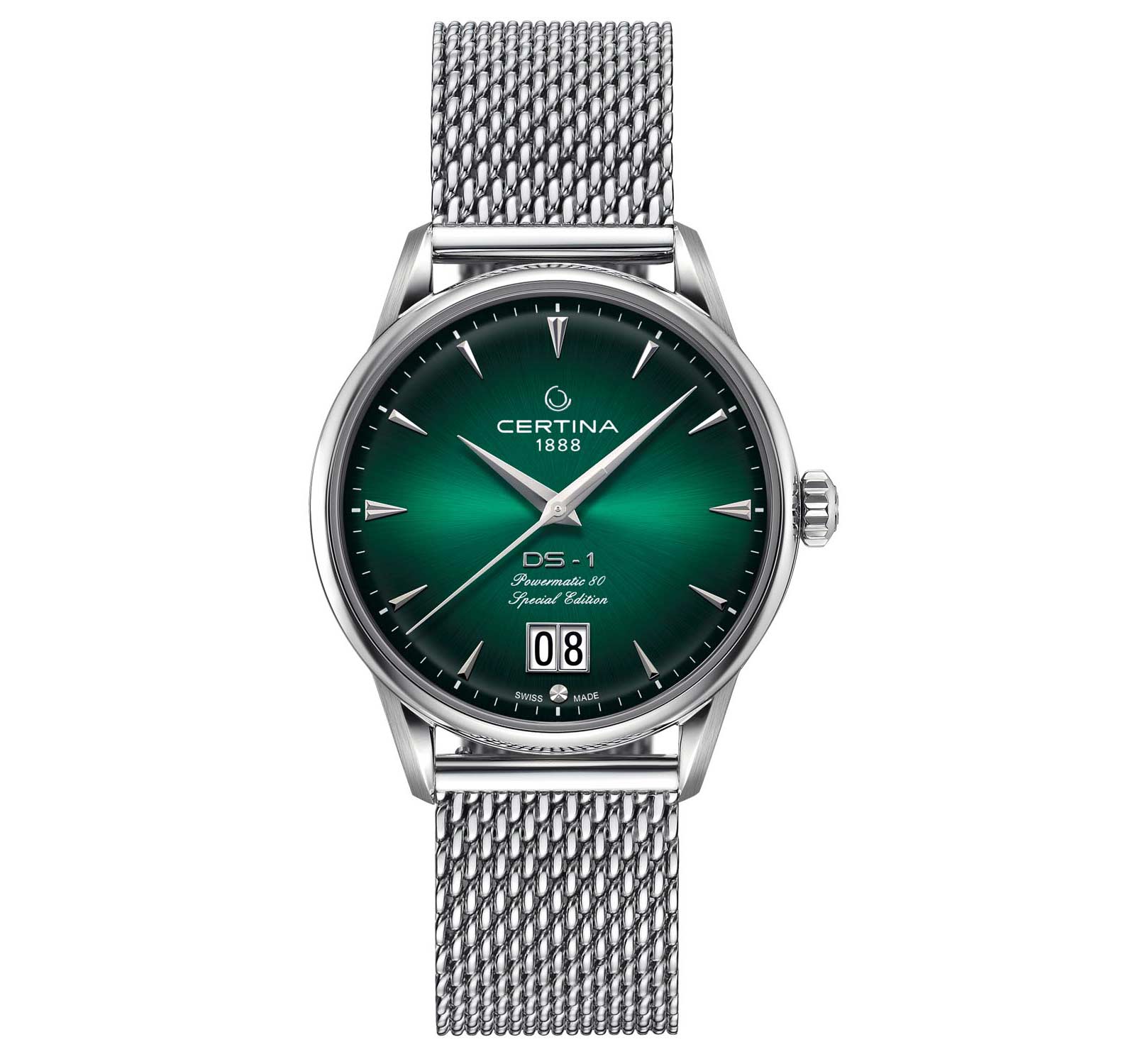 Inside the watch is the cheesily-named but nonetheless effective, ETA-made Powermatic 80.651 movement, with a power reserve of an impressive 80 hours. For the first time however, the movement is fitted with a Nivachron balance spring, a titanium-based cutting edge material that’s resistant to magnetic forces. 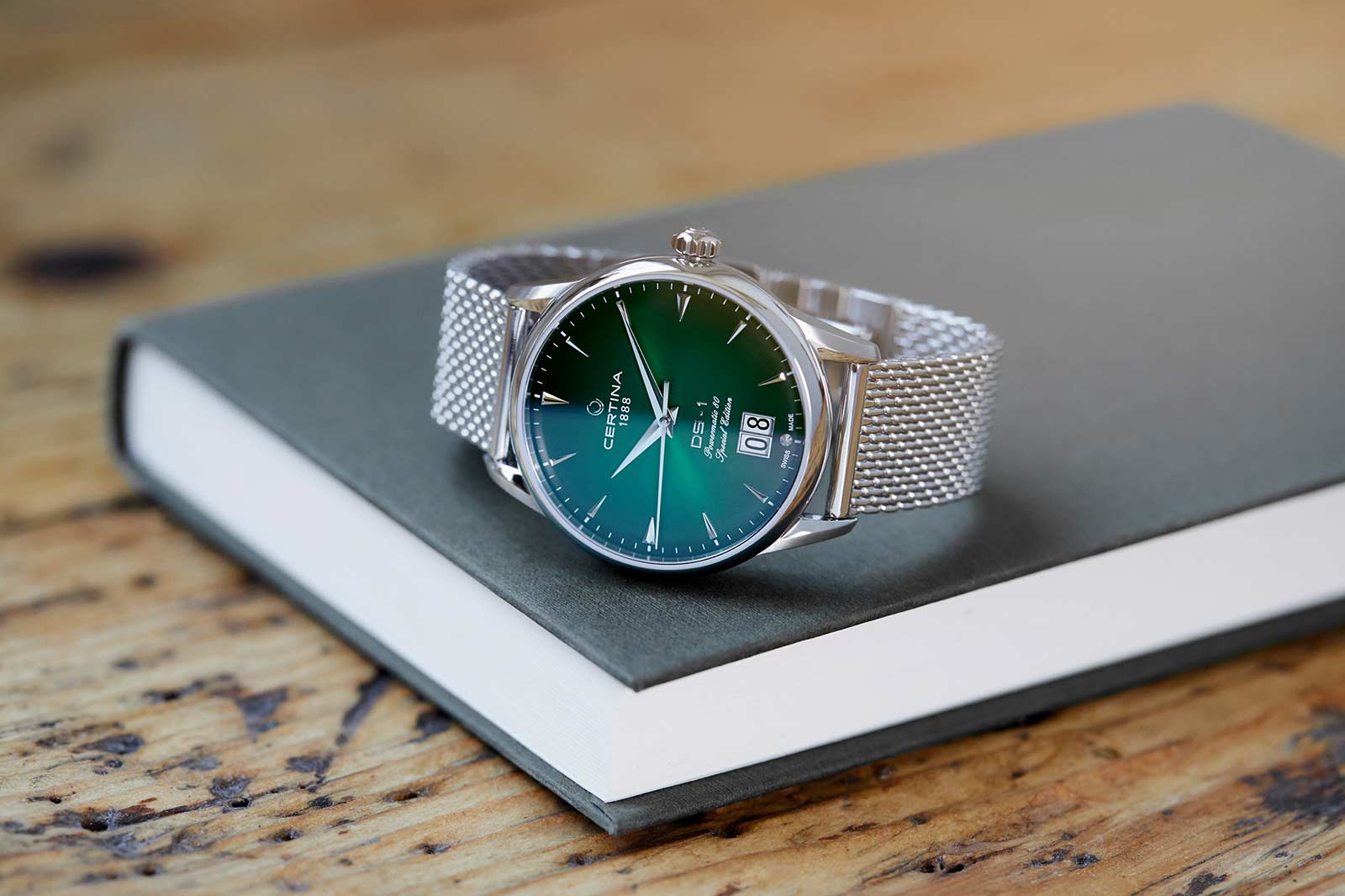 Otherwise, the watch has all the features of the DS system, resulting in 100m water resistance in a non-diving watch. Between that added security, the new balance spring and a seriously cool design, somehow the most impressive aspect is yet to come: the DS1 Big Date 60th Anniversary will set you back just under £840. Happy anniversary, Certina.