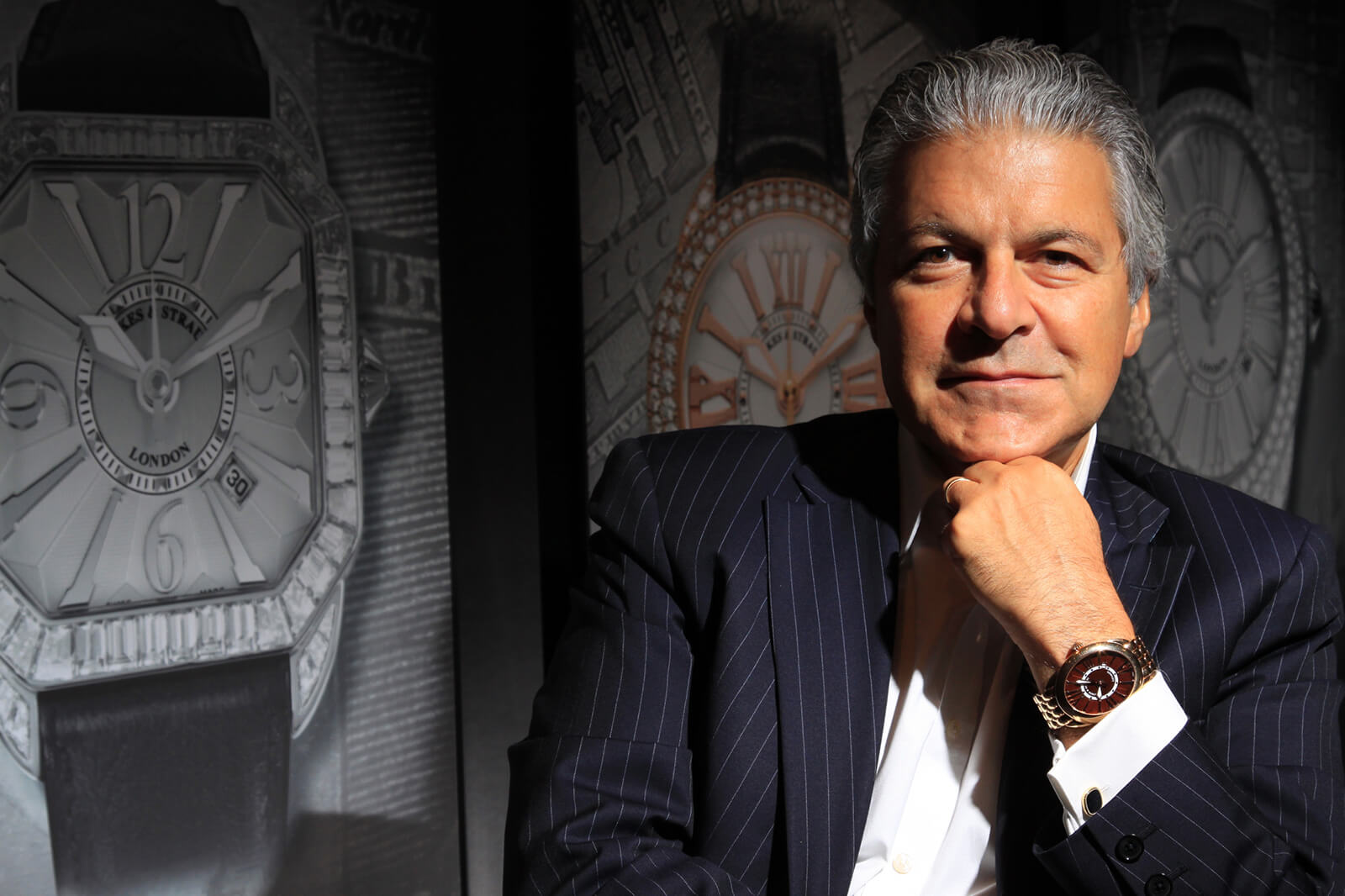 “We always start with the diamonds”. That’s not something you expect to hear from a watch brand, yet there’s more than a hint of pride in the statement from Backes & Strauss CEO Vartkess Knadjian.

It perhaps shouldn’t come as too much of a surprise either; no matter their change of focus over the years, Backes & Strauss is still the oldest diamond specialist in the world. They know their stones, and as he goes on to say: “we study the individual characteristics of the stones and then see how we can best design a watch around it.” 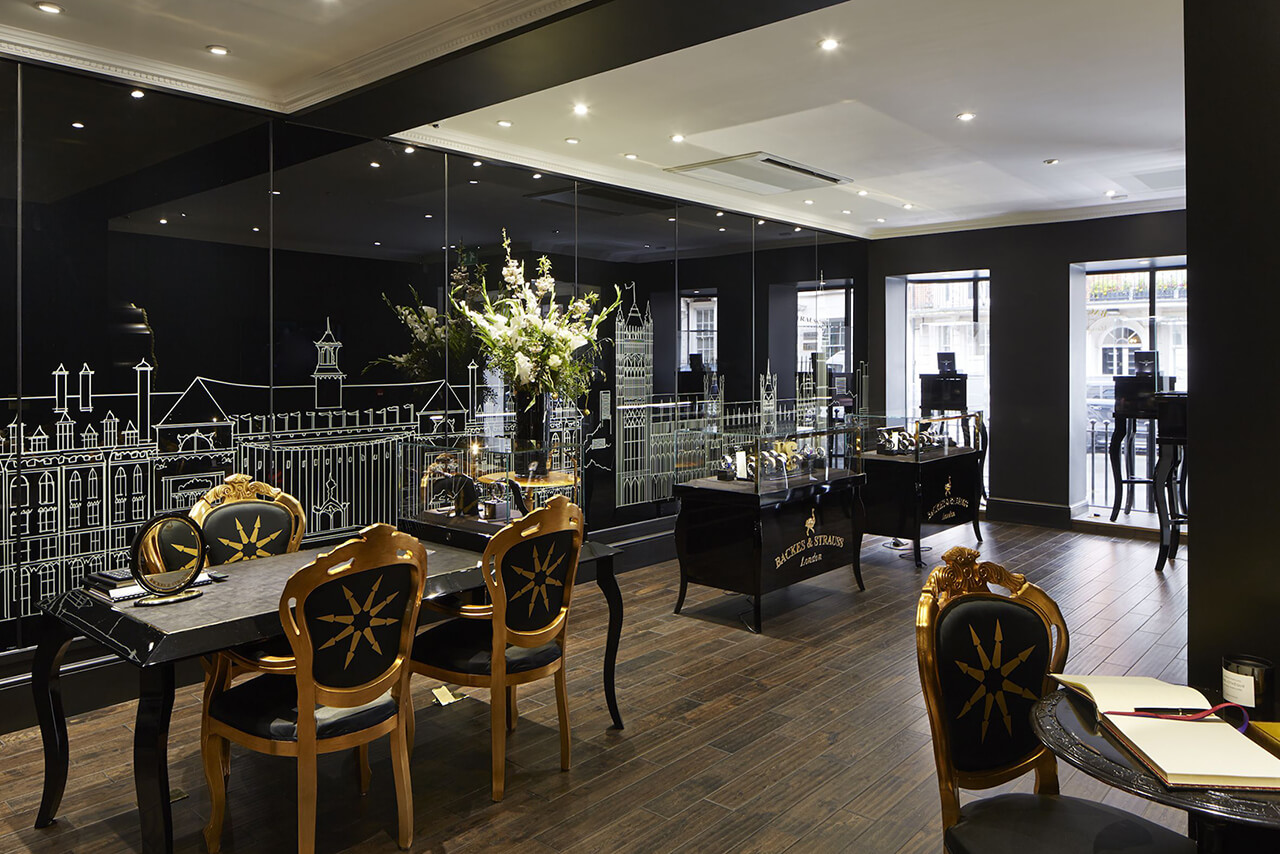 It’s hard to imagine any watchmaker working the same way. After all, mechanics are everything in horology, be it haute or otherwise, the moving, beating, twirling parts of a timepiece. The stones for them are nearly always an afterthought; sometimes a very distant one. When you have over 200 years of diamond-sourcing, gem-cutting expertise behind you on the other hand, things are different. That reputation gives you access to some rather spectacular stones and with them the pressing creative need to show them off. The big question is how does a diamond merchant become a watchmaker.

The answer’s simple: Vartkess. He was the missing link between the diamond merchant Backes & Strauss and their mechanical partner, Franck Muller. “My father was by appointment, the imperial watchmaker to Haile Selassie, the emperor of Ethiopia,” Vartkess recalls. This meant the man himself always had an interest in watchmaking and, after joining Backes & Strauss as a trainee buyer, brought the two together in 2006. It was a pretty drastic change in direction, transitioning from sourcing and selling diamonds to creating their own bejewelled masterpieces, but they managed. More than managed in fact. 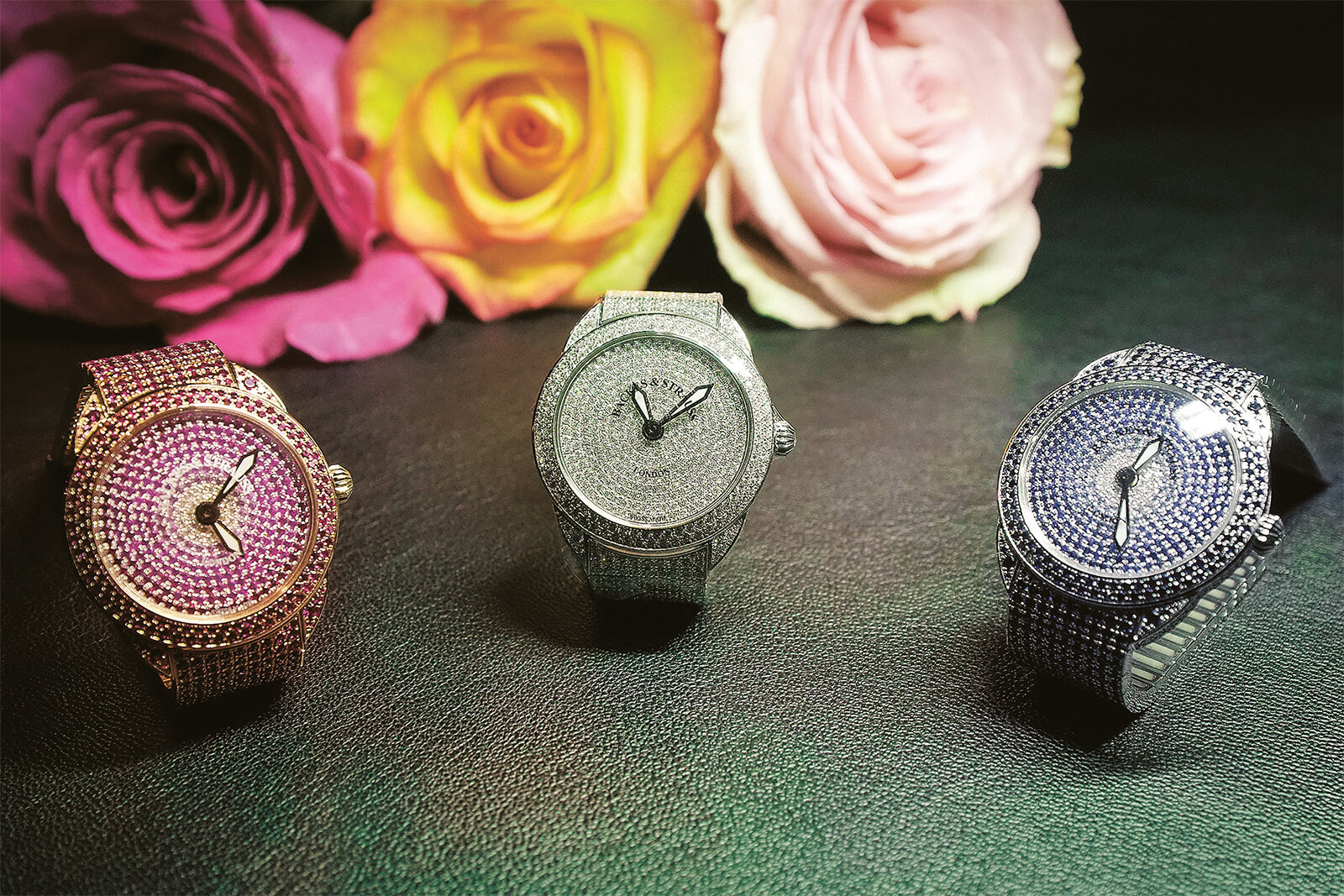 Between their regency-inspired silhouettes, bold designs and yes, those spectacular stones, it’s impossible not to appreciate just how rarefied their pieces are. Sure they’re not to everyone’s taste, but they’re as far from plain, uninspired or, god forbid boring, as it’s possible to be – and that’s without going into their unique pieces. Which is precisely where we’re heading.

For women there are a good number of unique pieces with fancy cut diamonds of all shapes, sizes and colours, and they’re dazzling. “For the creation of our Piccadilly Princess Royal Colours, we carefully sourced 10 different shaped diamonds with 66 different colour hues.” That said, we’re more interested in the Berkeley Emperor Tourbillon. The most technical timepiece Backes & Strauss offer, it mechanically leans on Franck Muller’s reputation as the master of wristwatch tourbillons. Outside the movement on the other hand it’s pure Backes & Strauss. 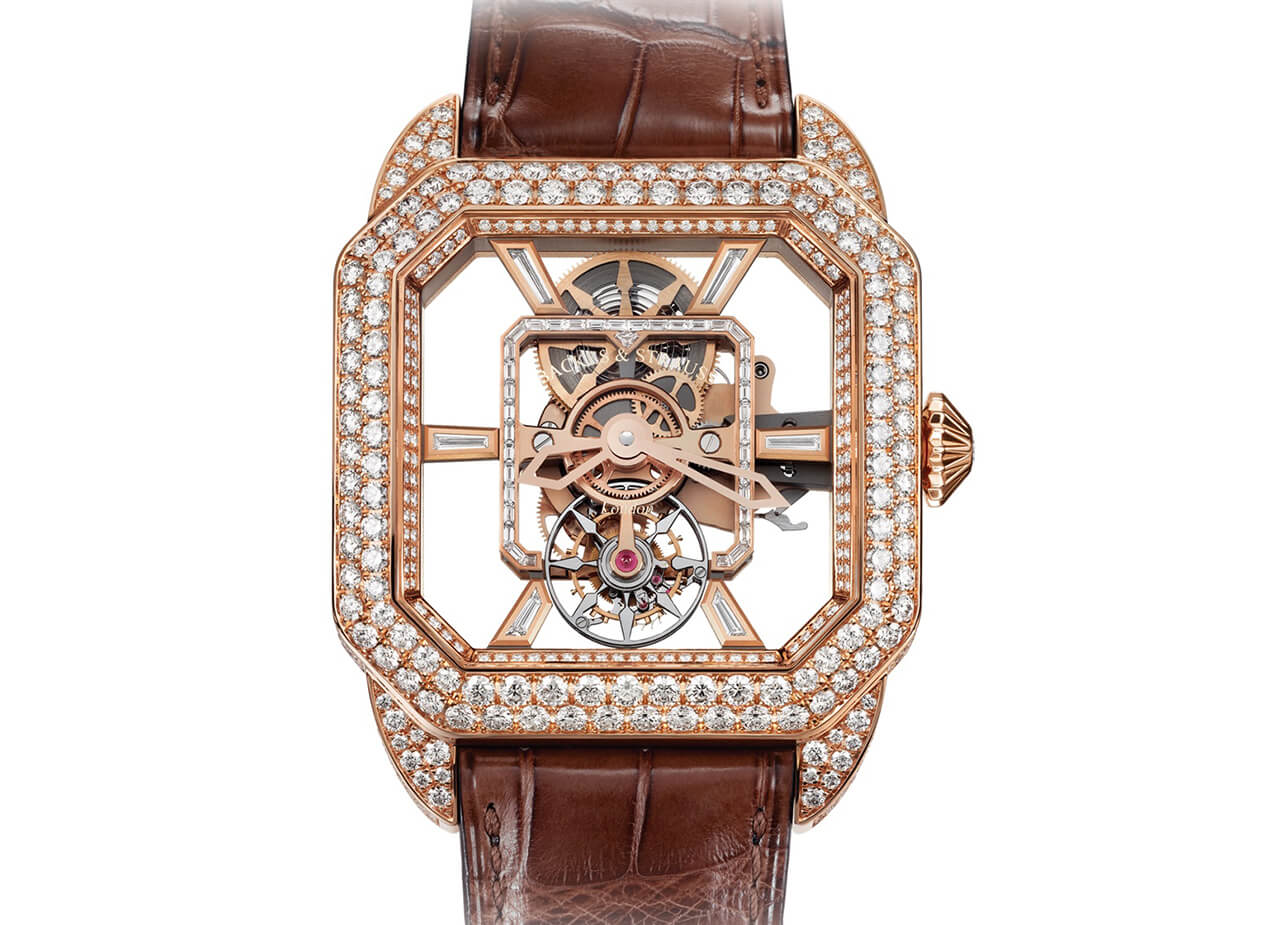 It comes in three flavours: first is the Royal Berkeley Emperor Tourbillon. Covered with 1,080 individual stones that stretch across every part of the case and all the way down the bracelet, it’s an entire wristful of rocks. Subtle it is not. 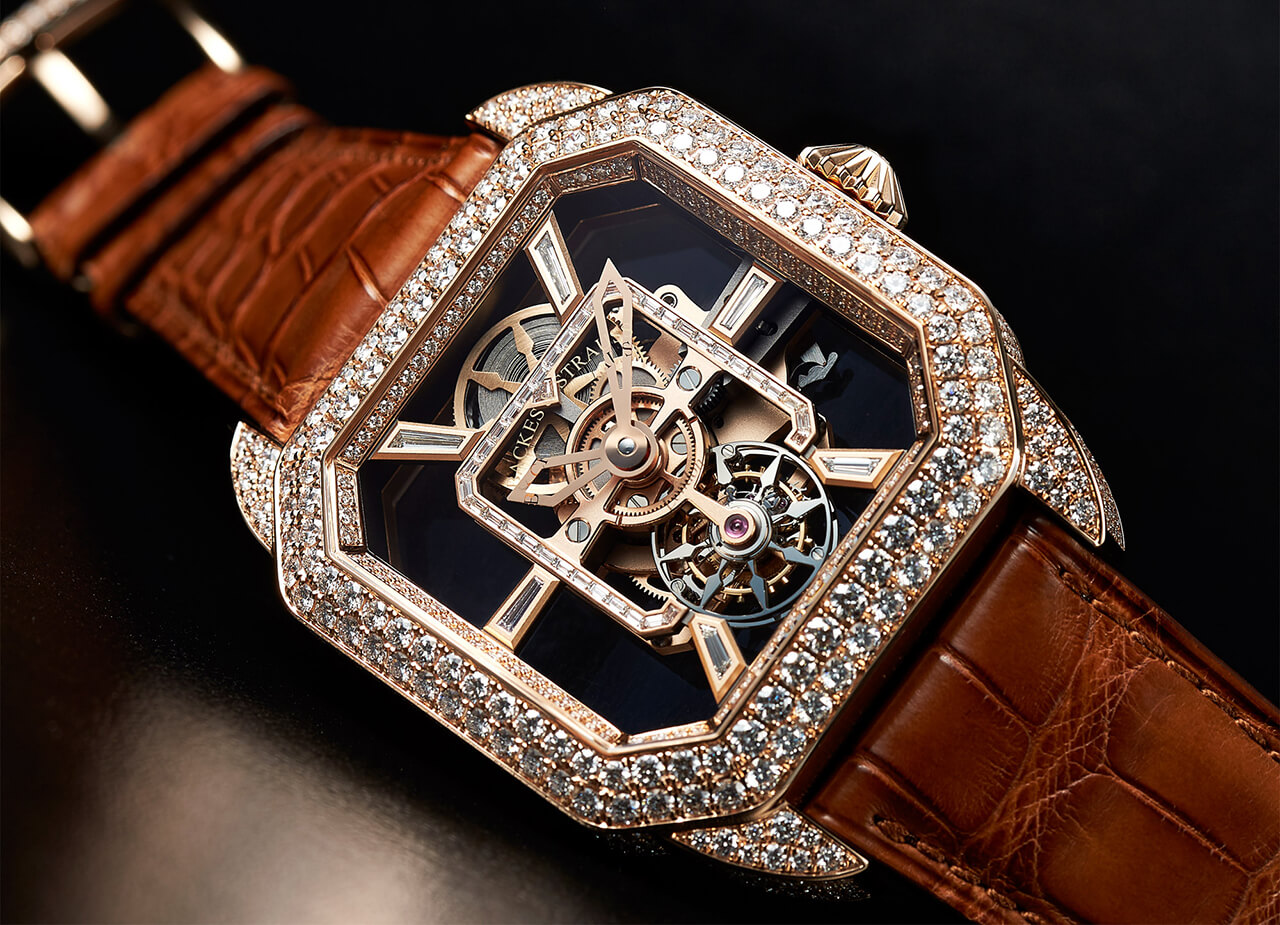 Then there’s the Prince, which is far more toned-down with its baguette-cut stones. It’s still a hell of a lot of diamonds, but thanks to the cut mirroring the Berkeley Square-inspired case shape it doesn’t seem quite as glitzy.

Finally, there’s the Berkeley Emperor Brilliant Tourbillon, arguably the perfect illustration of Backes & Strauss’ unique amalgamation of haute horology and haute joaillerie. The hand-wound movement is a masterpiece – and I don’t use that word lightly. The movement is nearly linear it’s been so severely skeletonised, almost hidden behind the watch’s signature bridgework. At the same time it’s also pure high jewellery, with 633 diamonds in a variety of cuts across the watch. There’s a good reason it’s this issue’s cover star. We dread to think just how much time simply cutting the stones must have taken.

Add in setting them into the gold, the creation of the movement, the assembly… it just goes on. “Our more complex watches,” says Vartkess, “especially our pièce uniques can take us 2 years from concept to delivery.” Each of the three watches is illustrative of a different aspect of Backes & Strauss. They’re all fantastic to look at too, unique explorations of watchmaking vs jewellery. Then of course there’s the Beau Brummel. A huge, diamond-encrusted pocket watch inspired by a Regency dandy? Sure, why not? Well, if you can’t have fun with a vault load of precious stones, when can you?