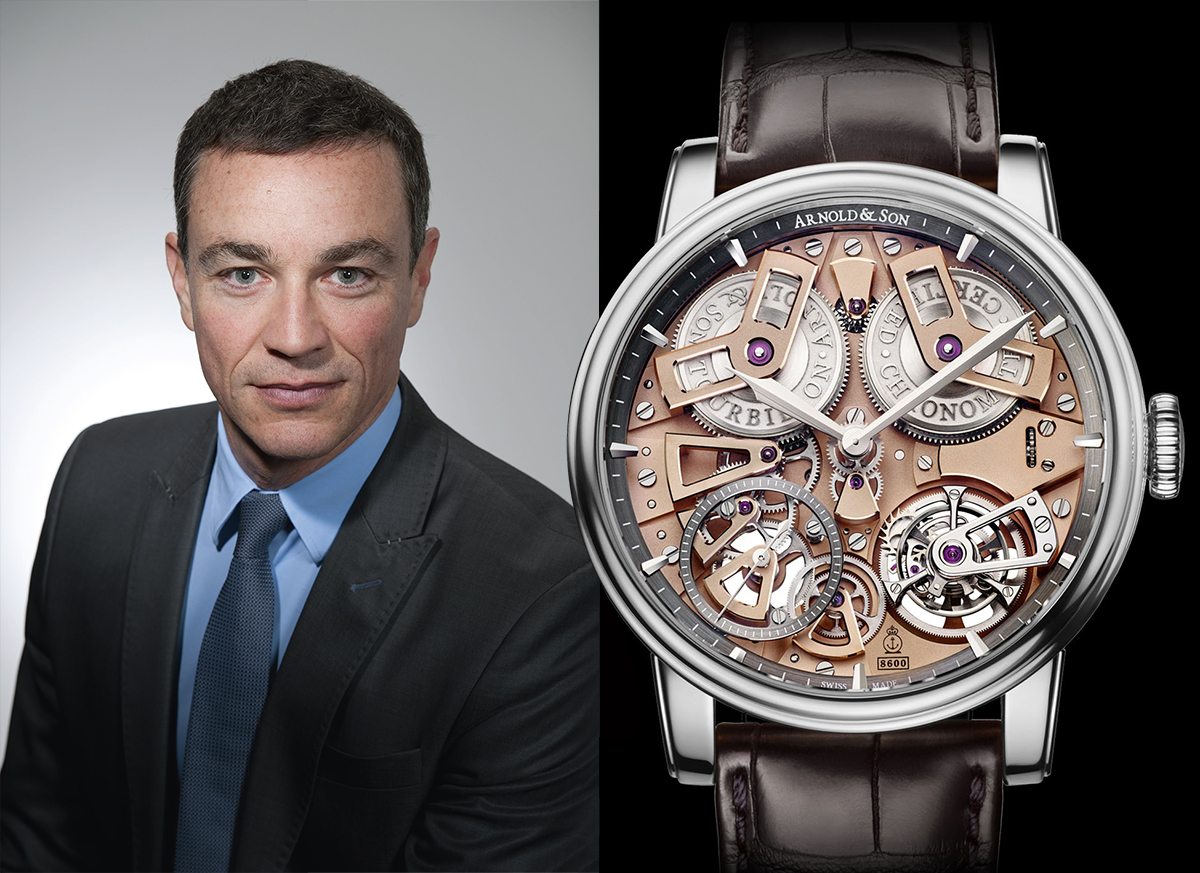 They’re a watch brand with a strong marine history, one that has broken records with their timepieces which have accompanied famous explorers all around the globe. Step forward Arnold & Son, the brand created in the eighteenth century by John Arnold, one of the most inventive and intelligent watchmakers of his day.

These auspicious beginnings heralded a new era in watchmaking, one which has seen the creation of timepieces that push every boundary. For Arnold & Son’s Vice-President of Sales, Fabien Dutriaux, it’s a natural step, and the marine history of the brand is vital to its identity. “The quest of precision for the marine chronometers took more than half of John Arnold’s life as a watchmaker,” he explains. “As an island England could only expand overseas – and this was his way to contribute to this expansion. John Arnold’s marine chronometers were reliable, compact, accurate and affordable compared to many of those supplied by other manufacturers.

Therefore if John Arnold didn’t travel so much (he did visit Breguet in Paris and became one of his closest friends) his marine chronometers did! They accompanied the likes of Captain James Cook (when he went to Australia), Georges Vancouver (exploring Canada’s coasts), Darwin (around the world trip) and Matthew Flinders and John Franklin on their historical expeditions. Arnold & Son timepieces helped them solve the problem of determining longitude at sea. You have to remember that the marine chronometers were the GPS of that time: the more accurate the marine chronometer was, the more precisely the captain could calculate his longitude and position at high sea. For example, a five minute time difference corresponds to 150km of distance at the equator’s level.” 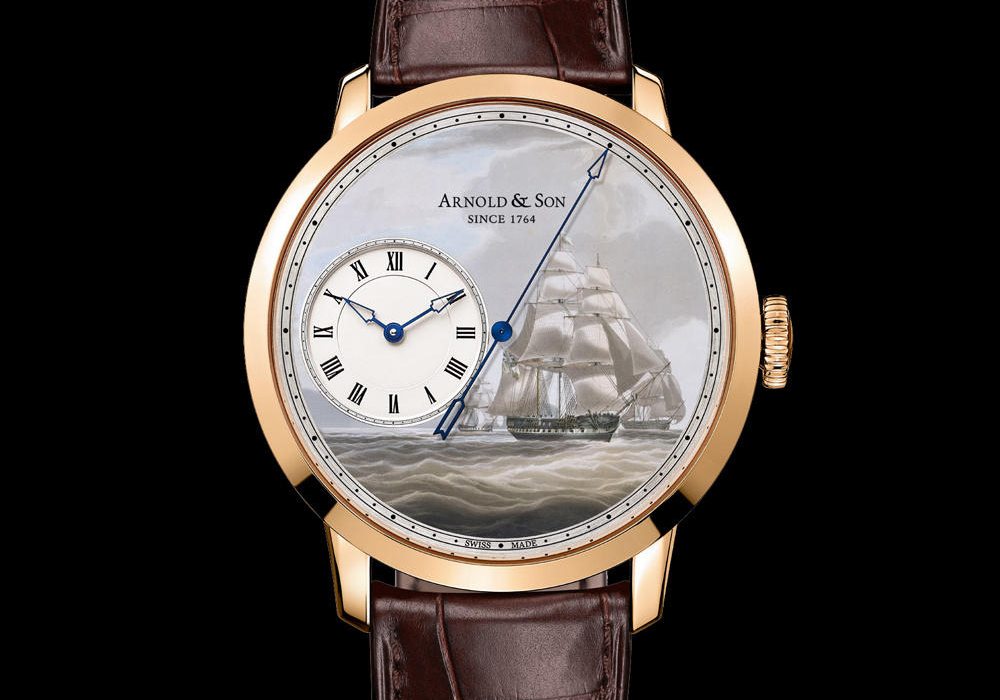 TB East Indiamen: An elegant tribute to the East Indiamen with a dial featuring hand-finished miniature painting that captures all the drama and beauty of the voyage.

John Arnold’s chronometers are now housed in the National Maritime Museum in Greenwich, which is a rather impressive nod of approval. “It is important to us as too many watch brands tend to build and create some historical background with marketing strategy. On our side we have a true endorsement but the most legitimate laboratory: the board of longitude itself and of course the National Maritime Museum in Greenwich. The British Royal Navy and Admiral Nelson were proud to have some Arnold & Son marine chronometers in Trafalgar when defeating the Napoleonian fleet in a battle that changed the course of European history for more than a century. So this genuine historical background is a true asset for us and fully in line with our commitment in respecting the legacy of John Arnold and turning it into a modern layout.” 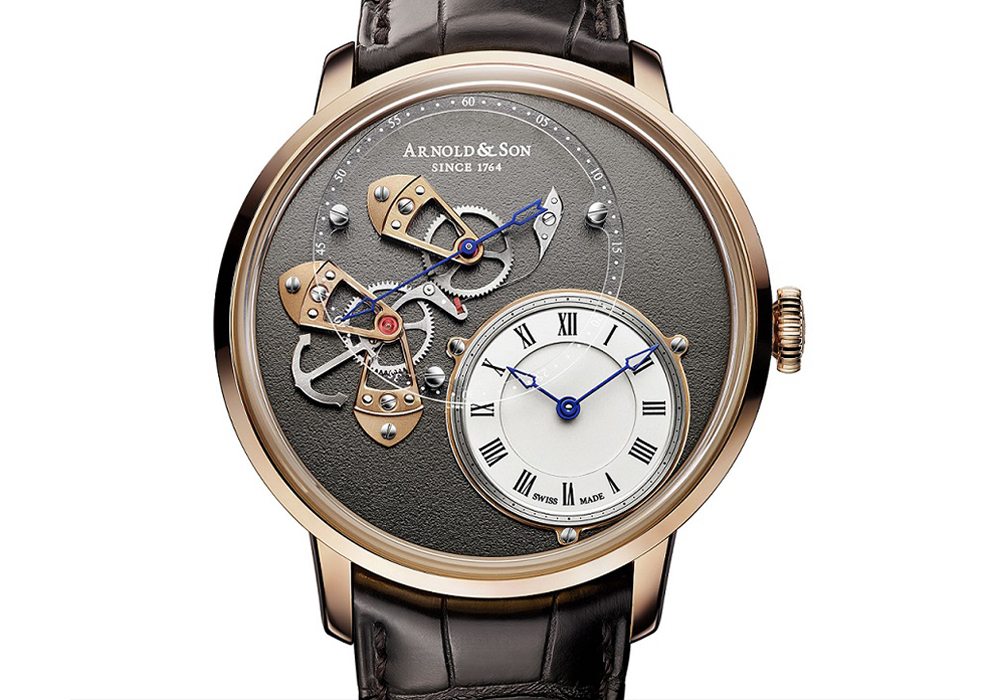 DSTB: The DSTB (Dial Side True Beat) unites the technical and aesthetic accomplishments of Arnold & Son in one low-key yet superbly refined package.

The brand’s solid foundations mean they can fully invest in their future. “In the past eight years we have launched more than 20 new movements fully designed, manufactured, assembled and tested in our manufacture located in La Chaux-de-Fonds. Our newest watch, the Tourbillon Chronometer No.36, was inspired by the No.36 Captain watch by John Arnold, which is basically the first ever watch to be qualified as a chronometer due to its great precision. 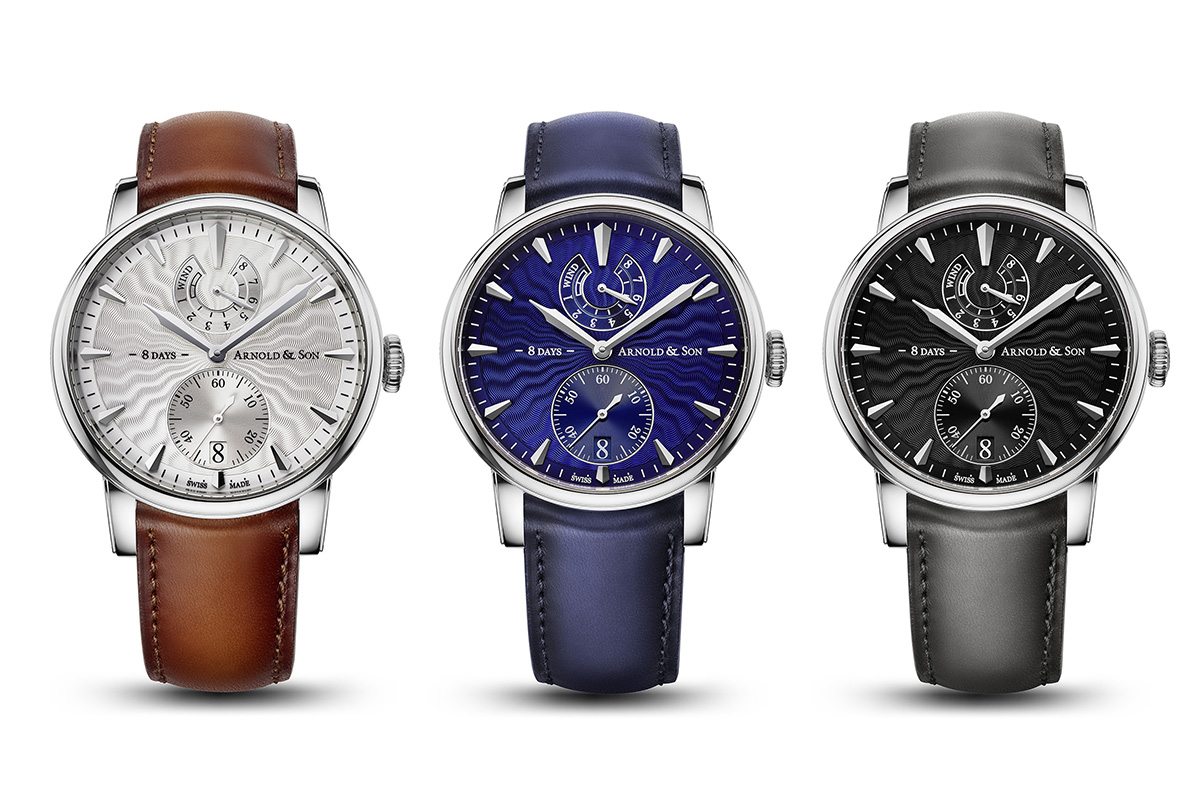 “The brand is directly inspired by the maritime collection. Let’s take two examples. The first one is our true beat second which is proudly featuring on our DSTB. The true beat seconds harks back to marine timekeeping since longitude is defined in seconds and not in fractions of a second. Geographical coordinates are generally given using the sexagesimal system (ie in degrees, minutes and seconds). The ability to read true seconds is therefore essential to read time accurately. This means you can precisely determine the longitude and thus the geographical position. The second example is the Eight-Day Royal Navy. This watch is inspired by the company’s historic marine chronometers. Even the name Eight-Day comes from the Eight-Day power reserve and Royal Navy is in honour of the Arnold & Son marine chronometers that have been delivered to the Royal Navy since the 18th century, and that can still be seen at the National Maritime Museum in Greenwich.” 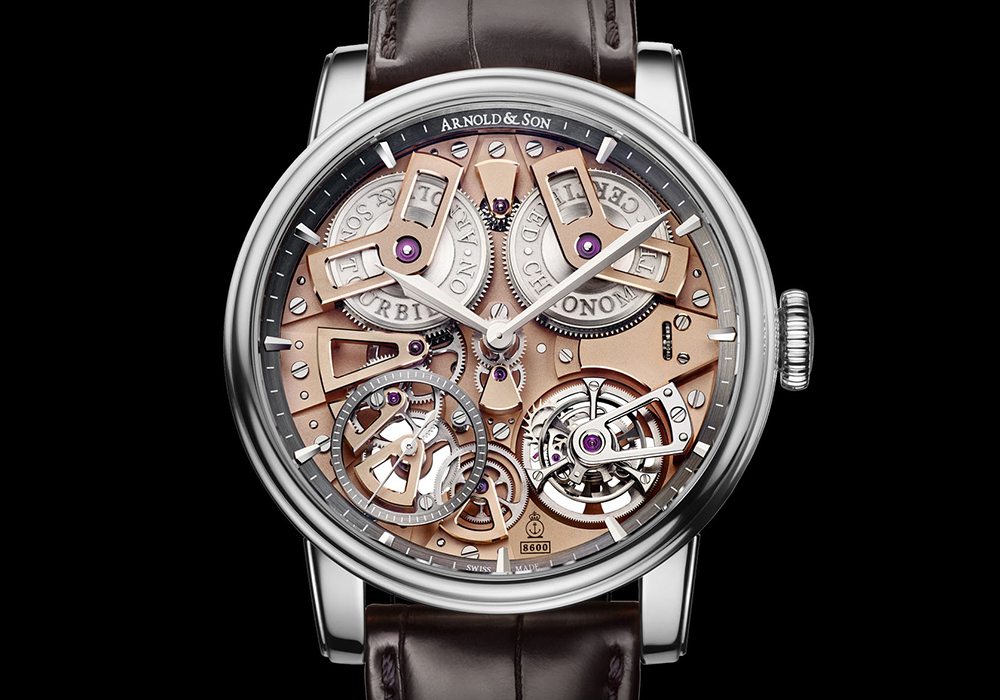 Arnold & Son Tourbillon Chronometer No. 36: “Our new challenge was to create an architectural chronometer movement fully visible dial side,” Dutriaux explains. “The movement has been designed from scratch to perfectly fit the overall design of the watch and to display its incredible technical features on the dial side. It is a modern and three-dimensional take on the distinguished old ‘English’ chronometer movements. “

These inspirations have resulted in watch collections that, while aesthetically speaking are very different, are still united by shared attributes. Dutriaux says: “The art of manufacturing can be expressed in many different ways; the challenge is for us to keep a line within all our creations. Therefore we have set some key elements that any of our creations should express to a certain degree. First it is a quest for symmetry in the movements and dials as an expression of beauty and refinement. Second, we always look for a three-dimensional architecture of the watch – especially regarding the movement, but also the dials (different levels), cases (tapered) and sapphire crystals (domed). Thirdly, we proudly feature some dial-side visible movements and complications. It gives a true understanding of the mechanical challenges a watch has and challenges us to offer a true haute horlogerie hand finishing. Fourth, our hand skeletonised movements are just a nightmare for our workshop but a delight for the eyes, as they reflect the light with all these extra chamfered, mirror polished edges. Of course, all these elements tend to create this emotional impact of mechanical poetry and they define the brand. But they will appear in varying degrees on any particular Arnold & Son watch, and not all elements will necessarily appear on all watches.” The man behind Bexxon, Chris Beccan talks about his twin loves. The founder of A Collected Man, Silas Walton, has seen plenty of watches pass through his hands... In the latest instalment of our British Watchmaking series, we talk to Mike France, CEO of...