Cohiba: Inside the ‘factory’ of Cuba’s Finest Cigar - Oracle Time 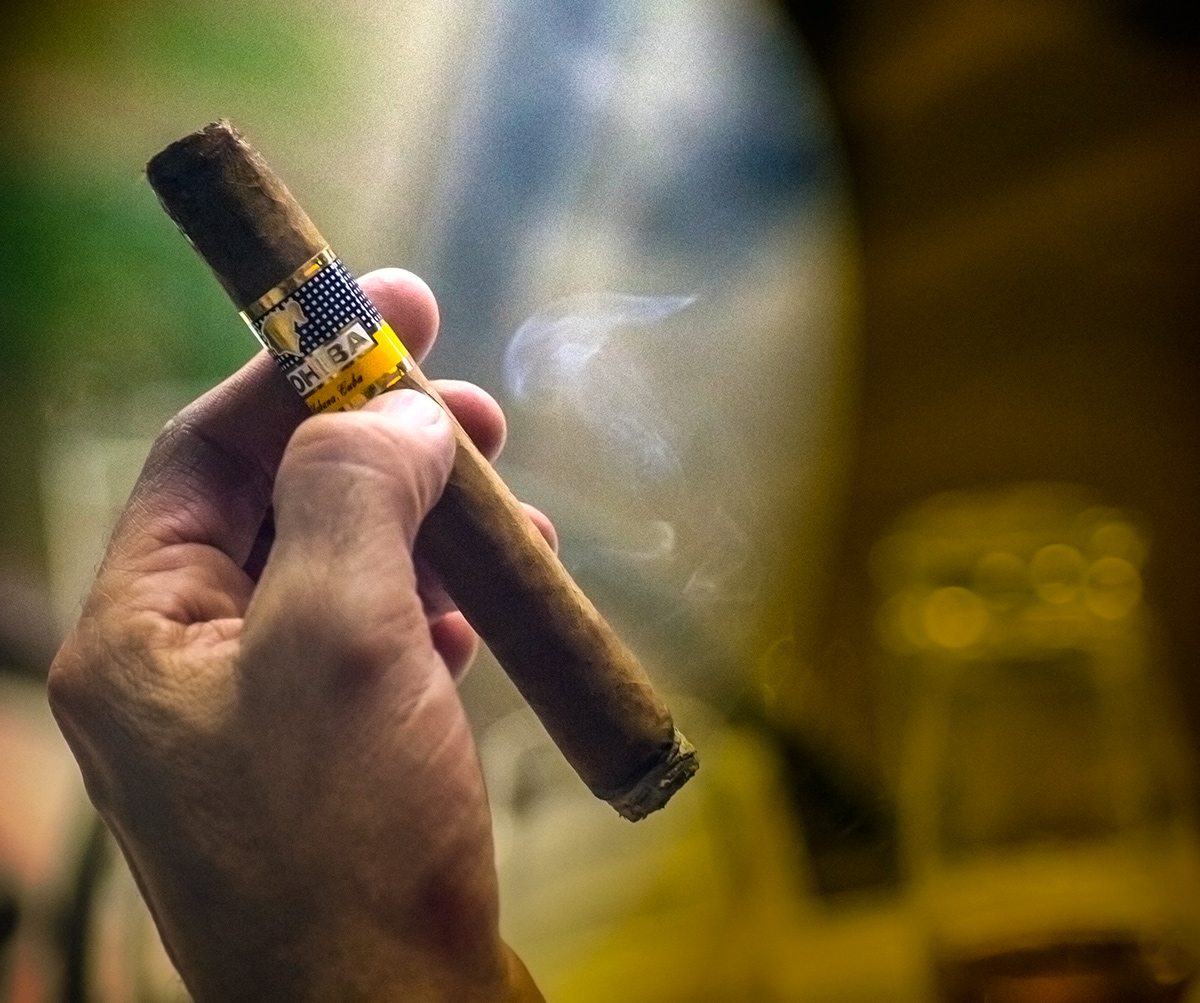 There’s a certain charm to cigars that goes well beyond the act of smoking. They didn’t get their reputation solely through robust character and flavour to put even the best cigarettes to shame. They also have a certain cache; if someone’s smoking a cigar, they mean business. They’re a gentleman, an epicurean, an appreciator of the finer things in life!

Some of that comes of course from the sheer exclusivity of a good smoke, which in London especially is extortionate. More of that however comes from our romantic notions of the cigars themselves.

We’ve all heard the stories of cigars rolled on the thighs of beautiful women (the better the thigh, the better the cigar) or how Monte Cristo received their name when the staff were read and fell in love with the Count thereof. While those stories aren’t 100% true, there’s still some truth to our perception of how a cigar is made.

On a recent trip to Havana we were fortunate enough to find our way to a cigar factory. Not just any cigar factory mind you but arguably the most important name in cigars not just in Cuba but in the world: Cohiba. 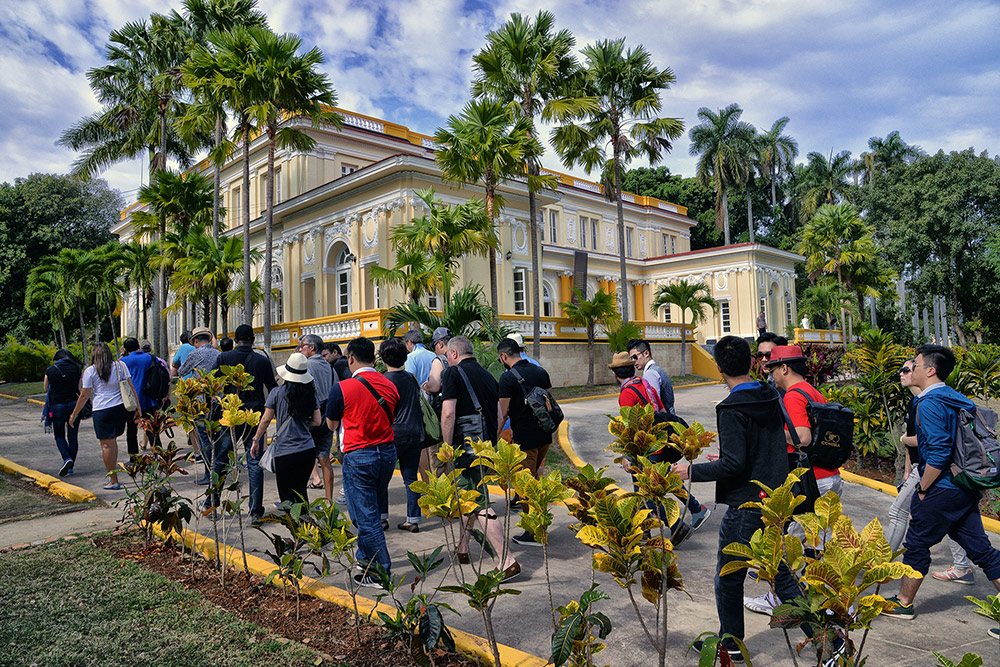 It’s very rare that anyone gets to visit Cohiba’s El Laguito home. Previously the privilege was restricted to governmental higher ups and visiting dignitaries and while we do have a certain frustrating self-importance, we still weren’t expecting the tour. In fact, during our visit a diplomatic car carrying the leader of a certain South Asian country arrived just outside.

Not that we really noticed. The word ‘factory’ just seems wrong when applied to Cohiba and it was hard to tear our eyes off. The house in which the cigars are rolled is an architectural gem of the city, a 1920s colonial-style mansion of marble floors, spiral staircases and white and yellow pillars. If it were here in the UK you’d never dream of lighting up in the grounds, let alone inside. Here however is where Cohiba cigars are made. 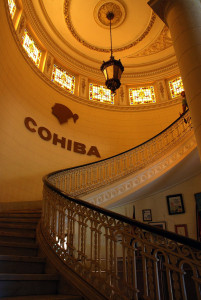 The first thing you notice is the smell of all-pervasive tobacco. Not the smell of smoke, but the deep earthiness of fresh leaves. There’s no escaping it, especially in the blending room. Every Cuban cigar uses three different leaves for the filler, the inside of the leaf. Think of these as the single malts that go into a blended whisky; one for structure, one for flavour and one to ensure a good burn. 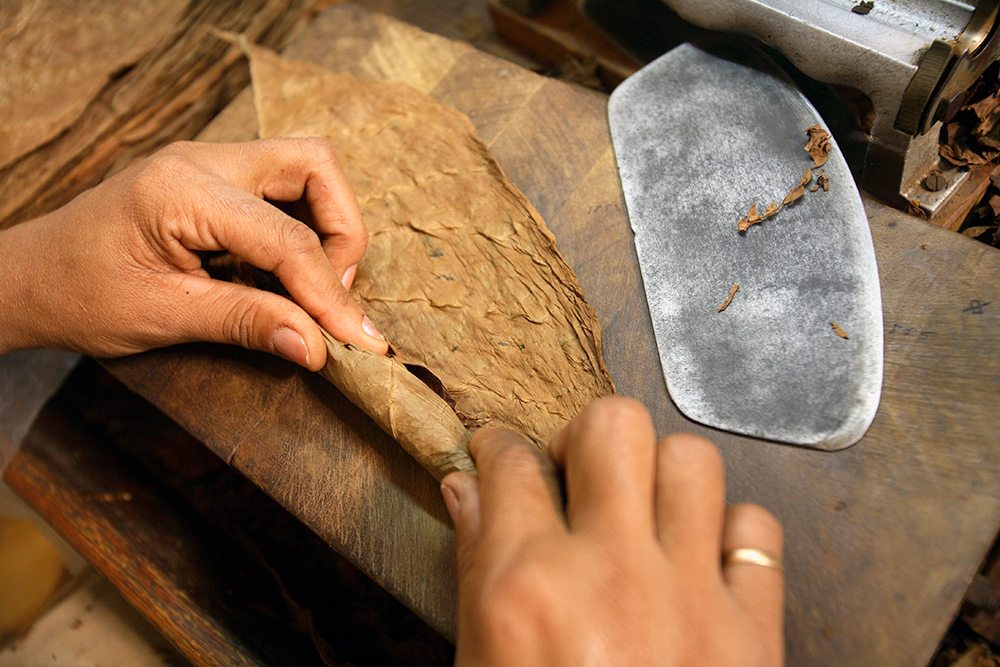 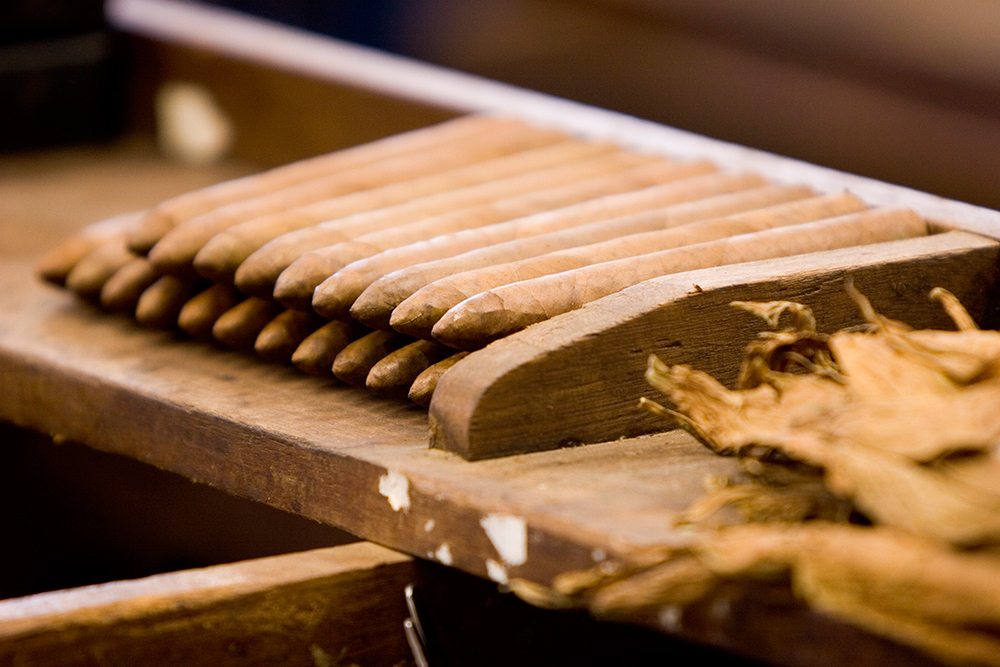 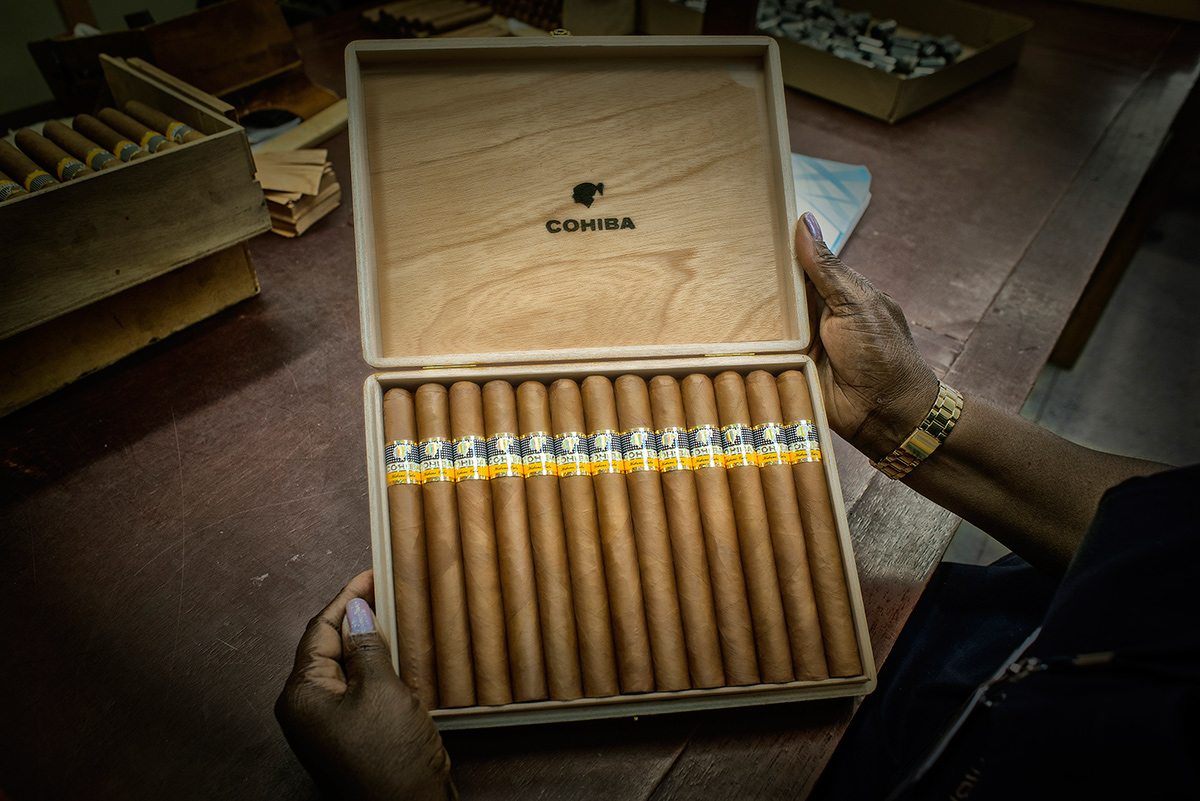 The exact combination is a trade secret that gives each house its character and personality. Cohiba however have a trump card, a prize for becoming the favourite of Cuba’s revolutionary elite. They are the only cigar maker allowed by the Cuban cigar authorities to use the finest tobacco leaf in existence: Medio Tiempo.

The name (translated to half time) refers not to the beautiful game but to a pair of leaves that occasionally grow atop one of the rarest tobacco plants. A percentage of a percentage of plants produce them, even in Cuba. It’s a treasure reserved for Cohiba’s Behike cigar that goes some way to explaining their £100 price tag.

Of course, you can have the finest ingredients in the world but if you don’t treat them well you may as well be making Marlboros. Cohibas are more than a special blend and not-so-secret ingredient. Every step is done by hand, from sorting the leaves to stretching out the wrappers, rolling the cigars to applying the famous yellow and black seal of approval. 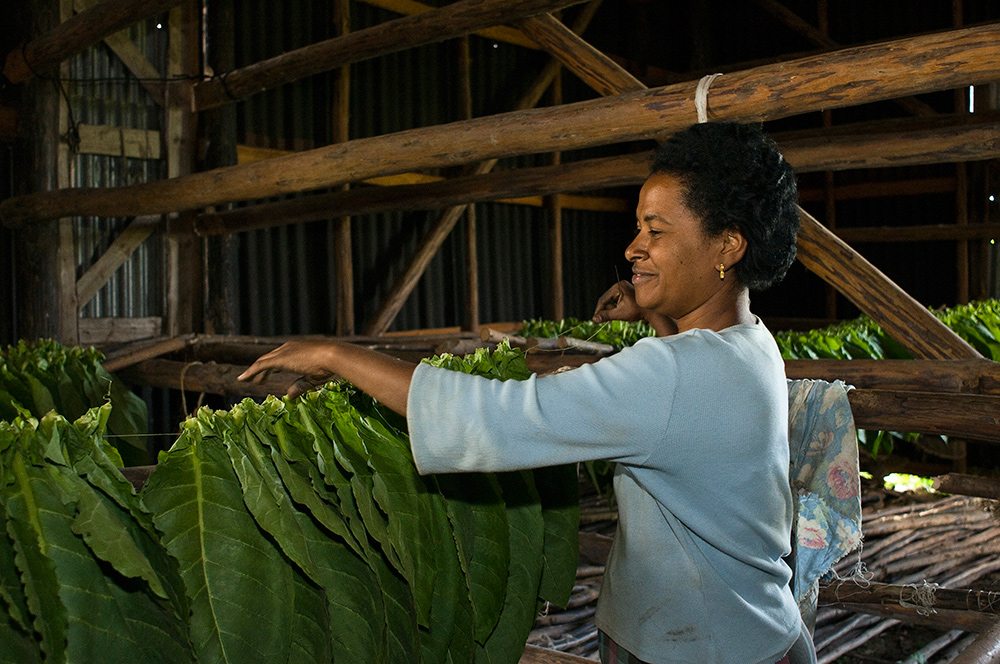 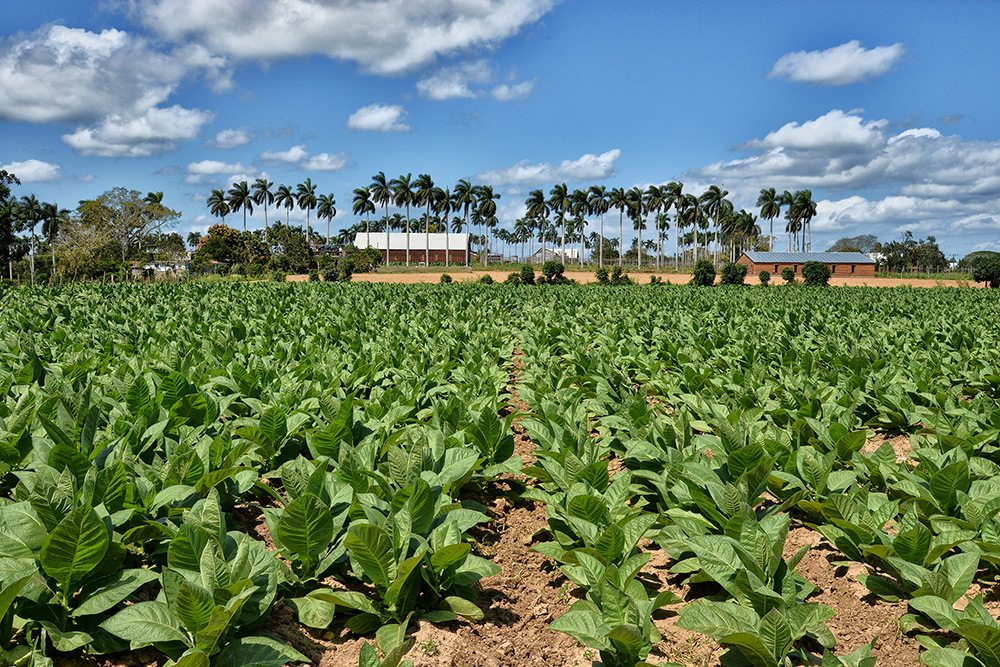 You’d expect at least some kind of mechanical assistance; the workers are doing this all day, every day after all. But no, according to our guide that simply wouldn’t allow the kind of precision and quality required of a house like Cohiba. That emphasis on quality was nothing short of obsessive. Anything not good enough was cast away for use in cigarettes (sorry again Marlboro smokers) and each roll had to pass inspection. Still it’s good to know that next time you drop £100 on a Cohiba it’s going to be perfect.

As we finished the tour over coffee and cigars – not the Behike unfortunately – it was easy to get swept up in the romance of a Cuban cigar. The tobacco fragrance in the air, the quiet murmur of the hand-rolling, even El Laguito itself… if I’d had my way the President of Pakistan would have been waiting a very long time indeed.

The Pilatus PC-12 and PC-24 can make your dreams of a quick trip across the globe a reality...