Money is made on the golf course, with business deals struck between strokes and financial agreements discussed on the fairway. It’s also a pretty good time, provided you don’t end up in a bunker. The problem is, how do you decide where to take your game? There are some seriously good courses just a train ride away from the capital, but who wouldn’t want a bit of overseas sun while they swing? To weigh things up properly we’ve selected our favourite courses that are no more than a couple of hours from the capital, for an impromptu weekend on the fairways. If, however, you’re in search of something a little more unique than Britain can offer, we’ve also included our favourite international challenges – and a little something for all you sunseekers out there. 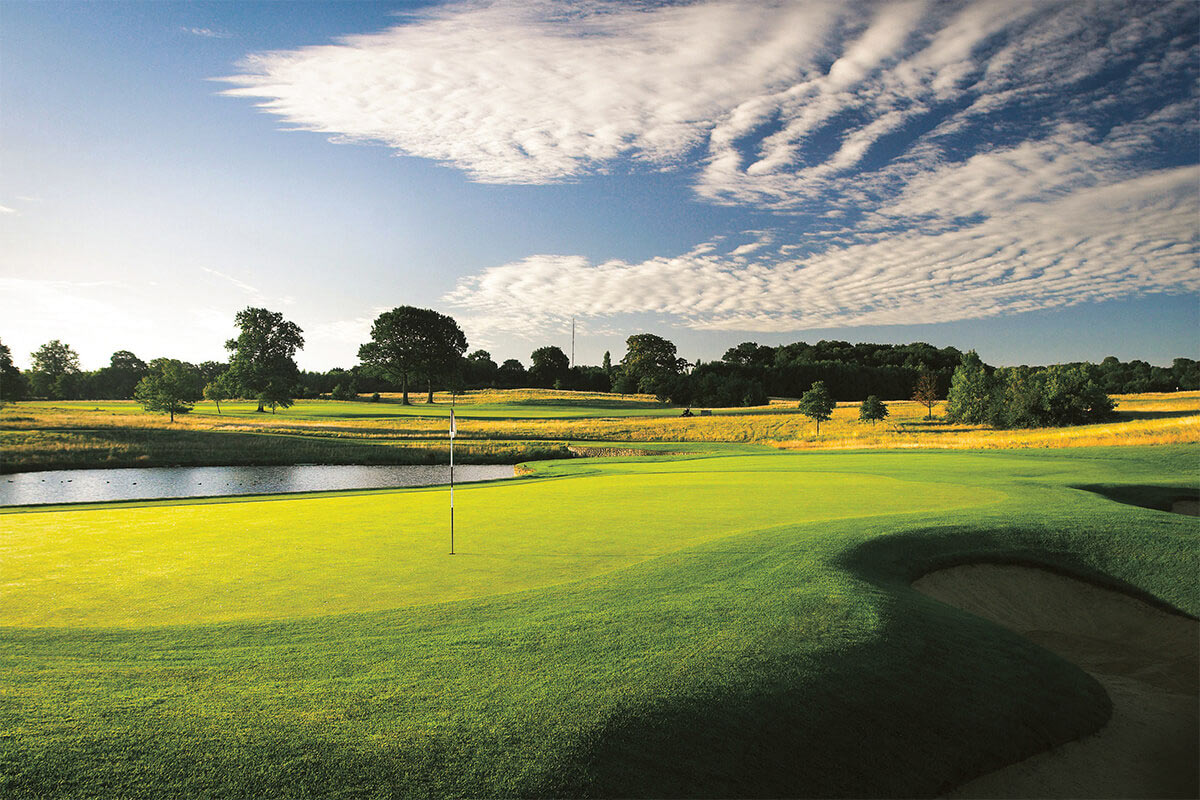 At just 20 miles from central London, it’s hard to get more convenient than the aptly-named London Golf Club. It’s close enough for an impromptu business meeting across the club’s two tournament-standard courses. On the one hand you have The Heritage, a Jack Nicklaus-designed course favouring thoughtful, technical play. On the other hand you have The International – which will be hosting the 2018 Staysure PGA Seniors Championship – with its long, undulating and incredibly fast fairways. Both have held plenty of international events and both are beautiful. It just depends how you like to play; www.londongolf.co.uk 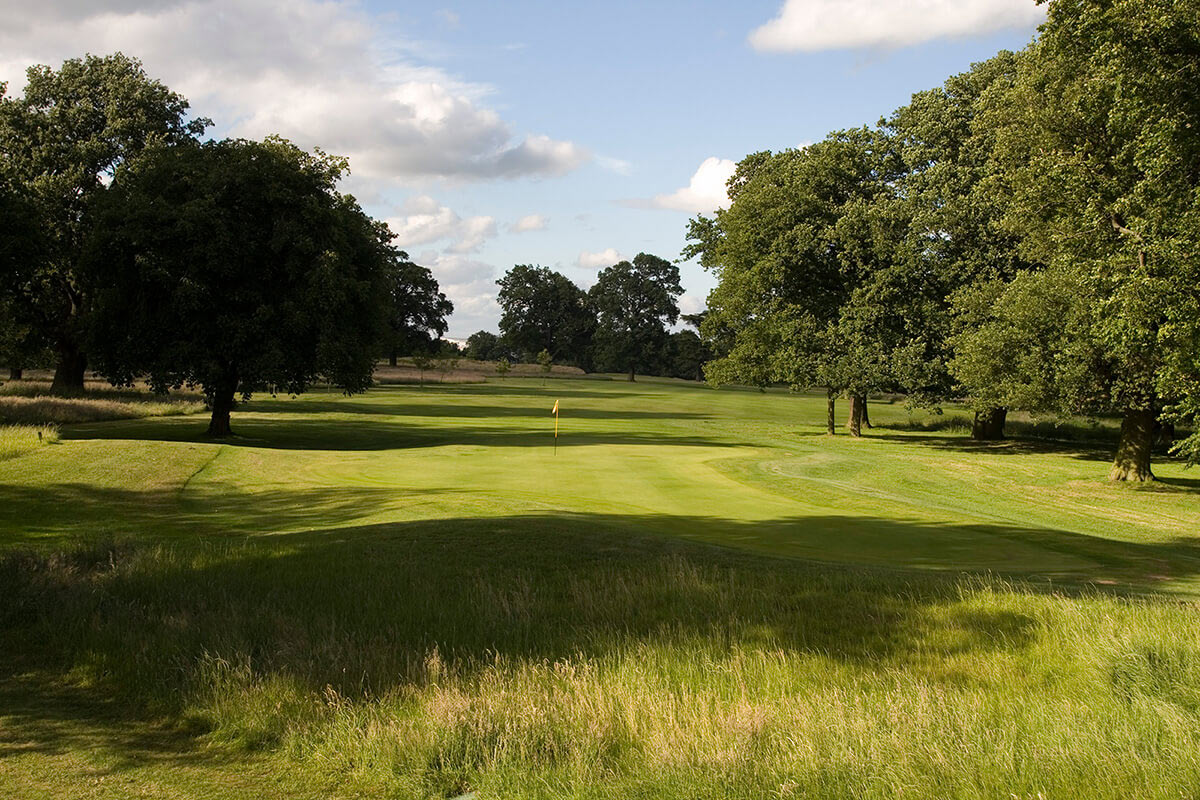 Barely further than the London Golf Course, Luton Hoo is as close to the airport as it can be without being in danger of downing a jet with a bad swing. Its single, 73-par course is host of the European Challenge Tour’s Bridgestone Challenge. The links are scattered throughout the estate’s stunning woodland, with plenty of water hazards among the trees. It’s picturesque, offers a good range of challenges and, at the end of the day, the grand house itself offers some damn fine dining. After walking the 7,107 yard championship golf course you’ll need it; www.lutonhoo.co.uk 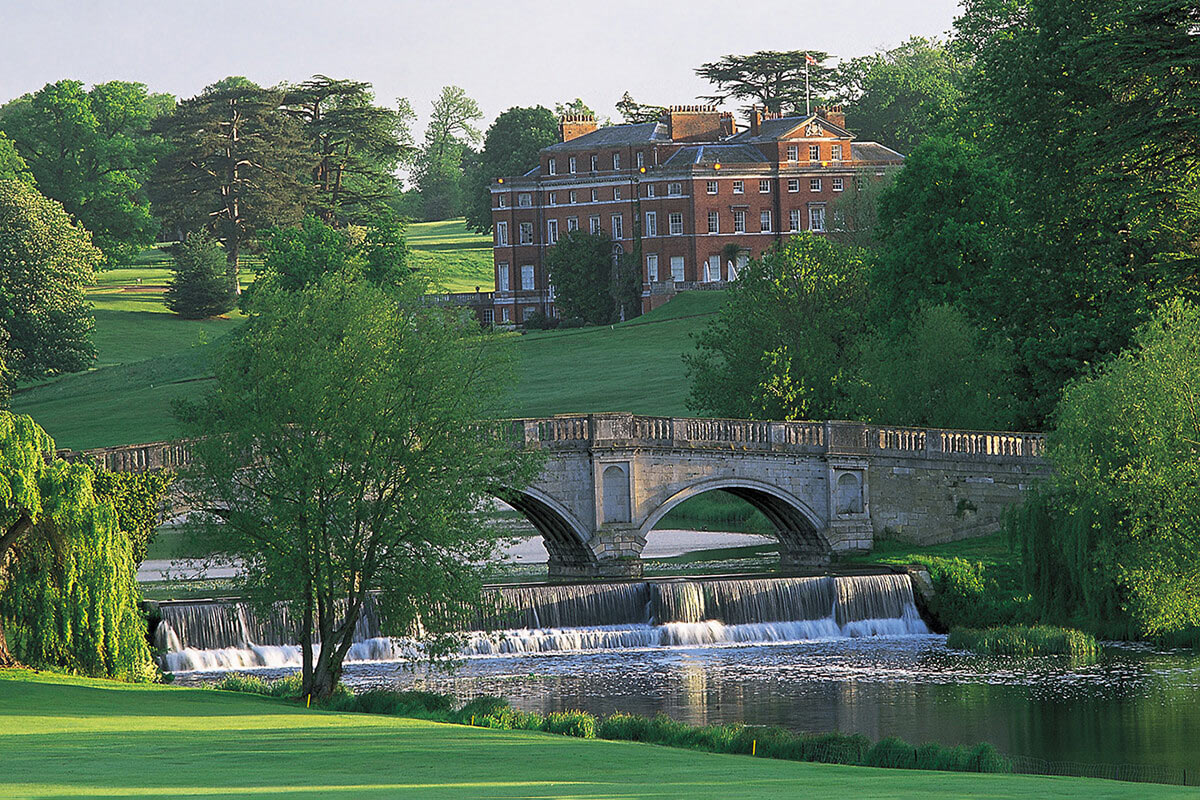 If you play golf to bring your handicap down, there are plenty of courses around the UK to go to. Hell, some of them we’ve already mentioned. But if you enjoy the sheer beauty of a flawlessly-manicured course and think of teeing off as an excuse for a scenic walk, look no further than Brocket Hall. The Melbourne course is arguably the most beautiful in England and The Palmerston isn’t all that far behind, dotted as it is with 300-year-old oak trees. Both are open all year round, so you don’t need to find some winter sun in the name of golf; www.brocket-hall.co.uk 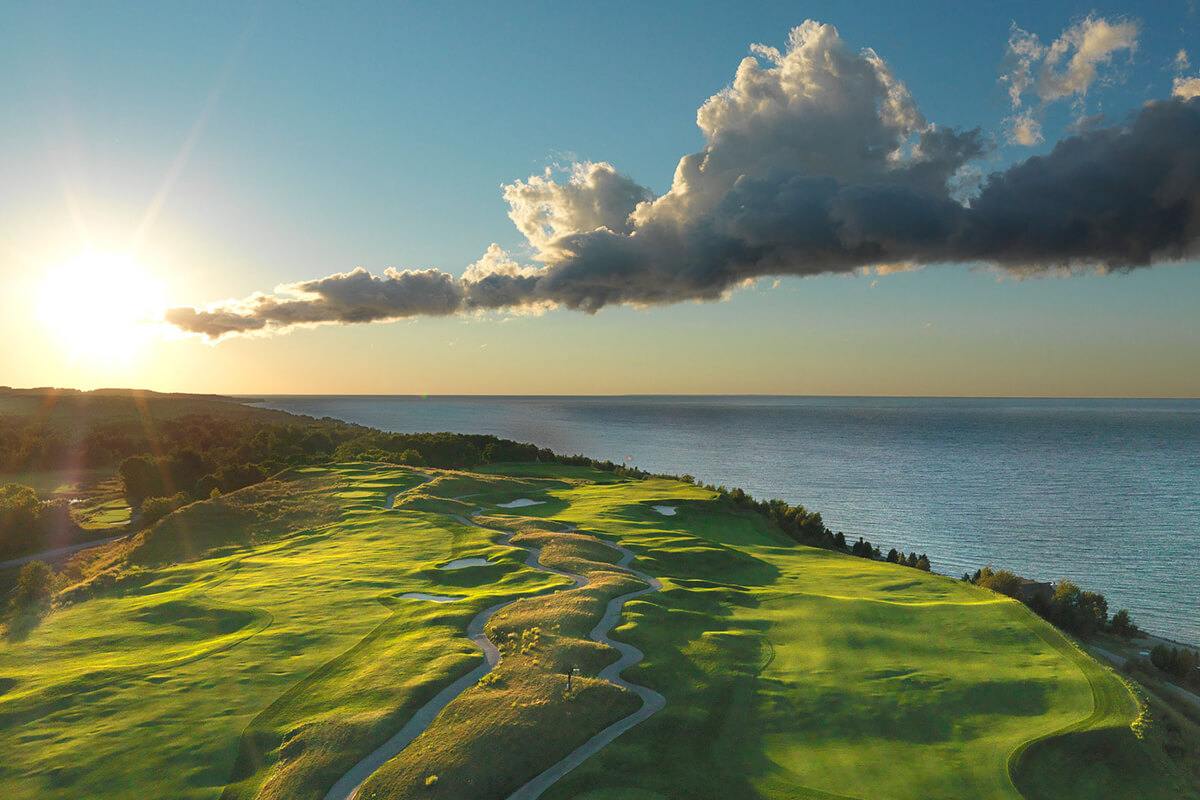 If variety’s the spice of life then Michigan’s Bay Harbor Golf Club’s a vindaloo. Its 27 holes are incredibly diverse, ranging from the cliffside Links, the site of an old cement plant, to The Preserve, which is the closest thing to golfing in an actual nature reserve. Then there’s The Quarry. Where some courses like to smooth out the landscape and give an elegant, undulating feel to the scenery, The Quarry does the opposite. Cut rock shelves, dramatic drops and a finishing drive along the shores of Lake Michigan make it one of the most unique courses stateside; www.bayharborgolf.com 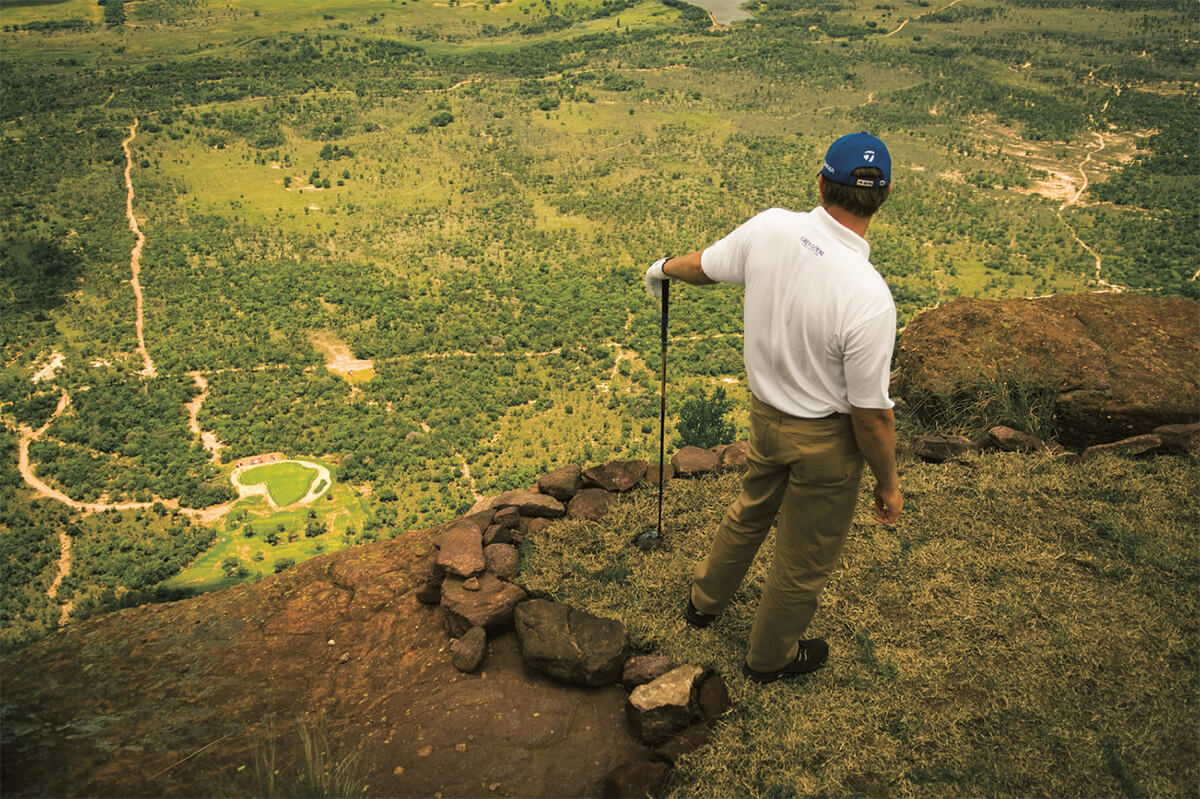 If you’ve ever heard of this South African course it’s for one reason and one reason only: the Extreme 19th. This 400m up tee-off spot at the peak of Hanglip Mountain is your chance. Technically Par 3, you have to be able to drive like a god with the accuracy to match. Needless to say not too many people have managed it, but to be honest, that’s not the real aim. After all, who doesn’t want to smash a golf ball off a mountain? legendhospitality.co.za

It might be a hotel first and golf club second but Fairmont’s Mayakoba property offers one of the strangest golf courses you’ll ever play on. There are plenty of golf architects out there that would say El Camaleón shouldn’t even exist. Sand dunes, mangrove swamps and underground cave systems erupting onto the fairways make it a sight to behold, and one that changes year on year, hence its name. It’s also visually breathtaking, with greens set along the Caribbean Sea and fairways running into the ‘Devil’s Mouth’. Simply put there’s no game of golf quite like it; www.mayakobagolf.com 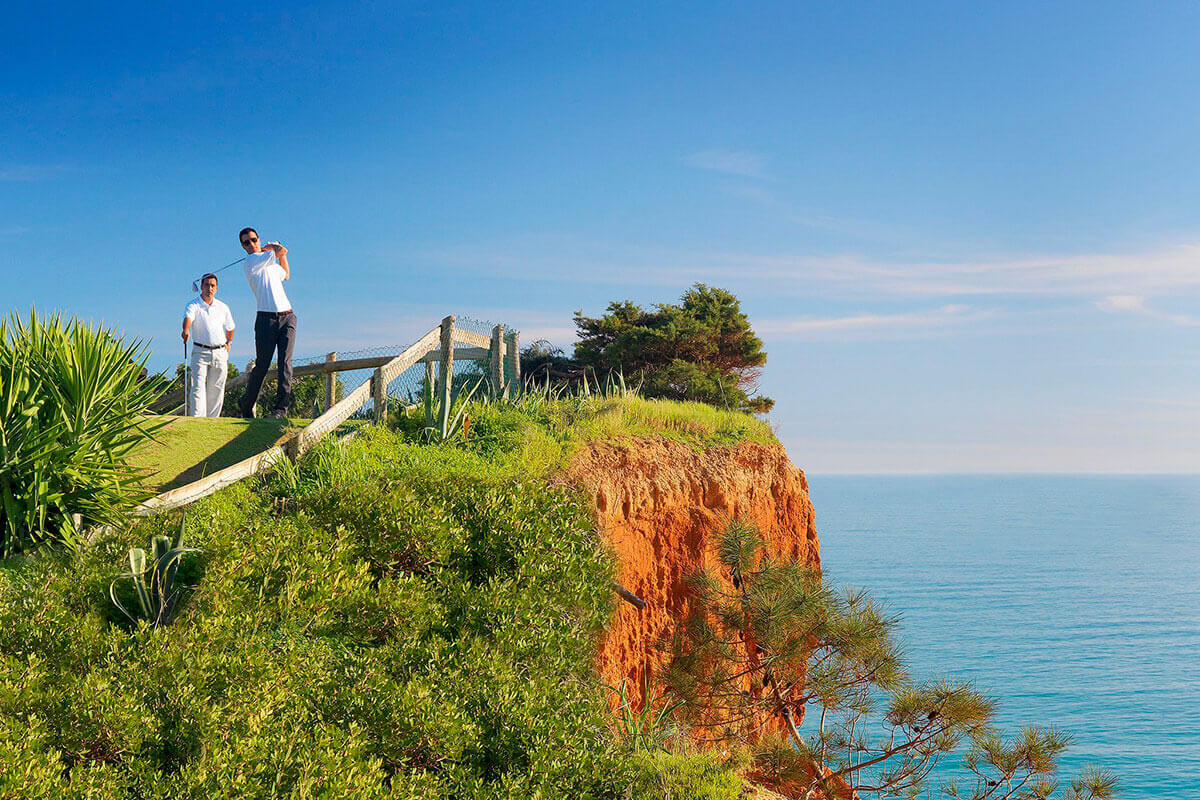 Emerald green grass, rugged cliffs plummeting down into an azure ocean in a paradisiacal climate… what could be better? If your answer is a few rounds of golf, then Pine Cliffs is the one for you. Perched 200ft up along the stunning Algarve coastline, the treeline fairways run parallel to the ocean, ensuring that every hole benefits from dramatic views. The Par 3 sixth hole is a serious challenge, with a 198 metre carrying shot across a ravine to a narrow green. That’s a water hazard you really, really don’t want to hit; www.pinecliffs.com 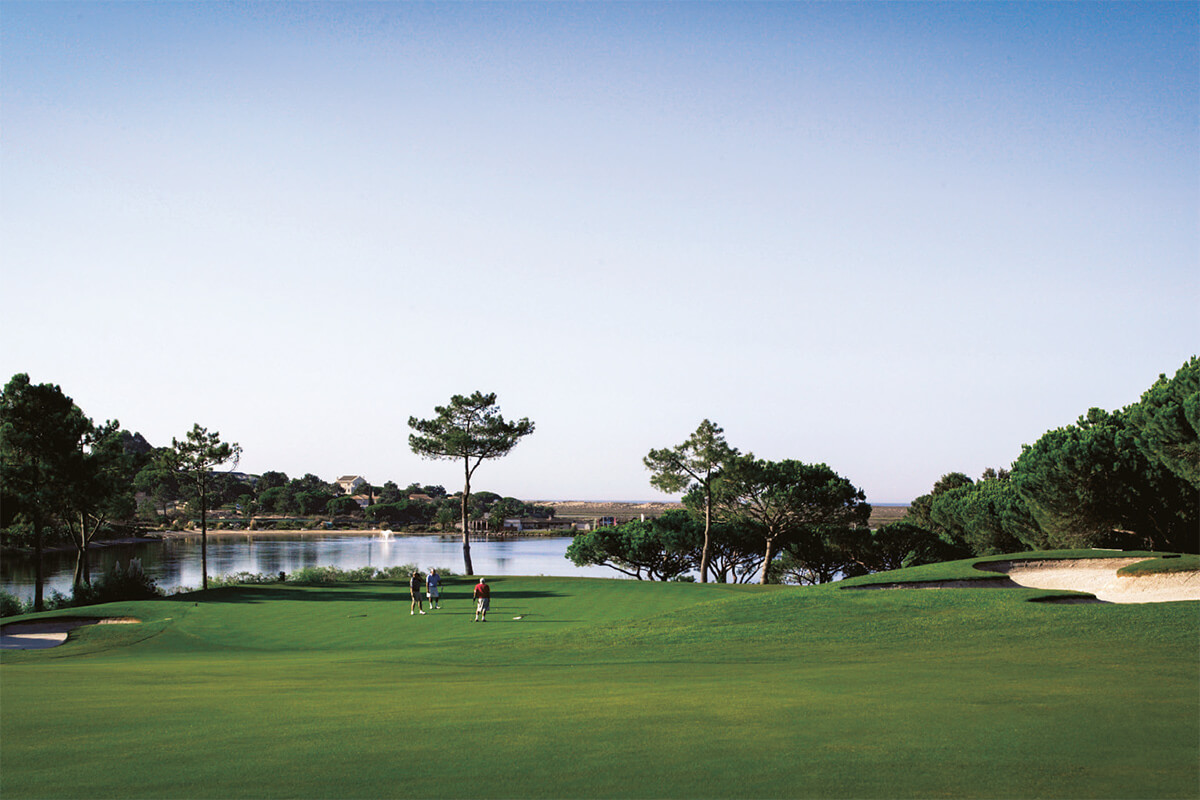 The third of our Algarvian triumvirate, Quinta do Lago is definitely the most all-encompassing. As well as its three courses ranking among the best in Europe (golf architects in the Algarve are overachievers) it has a full golf academy for beginners and intermediates alike. Between the variety of courses available, the support from the academy and a beautiful resort, if you’re taking your first swings or brushing up on a rusty technique, this is the resort for you; www.quintadolago.com 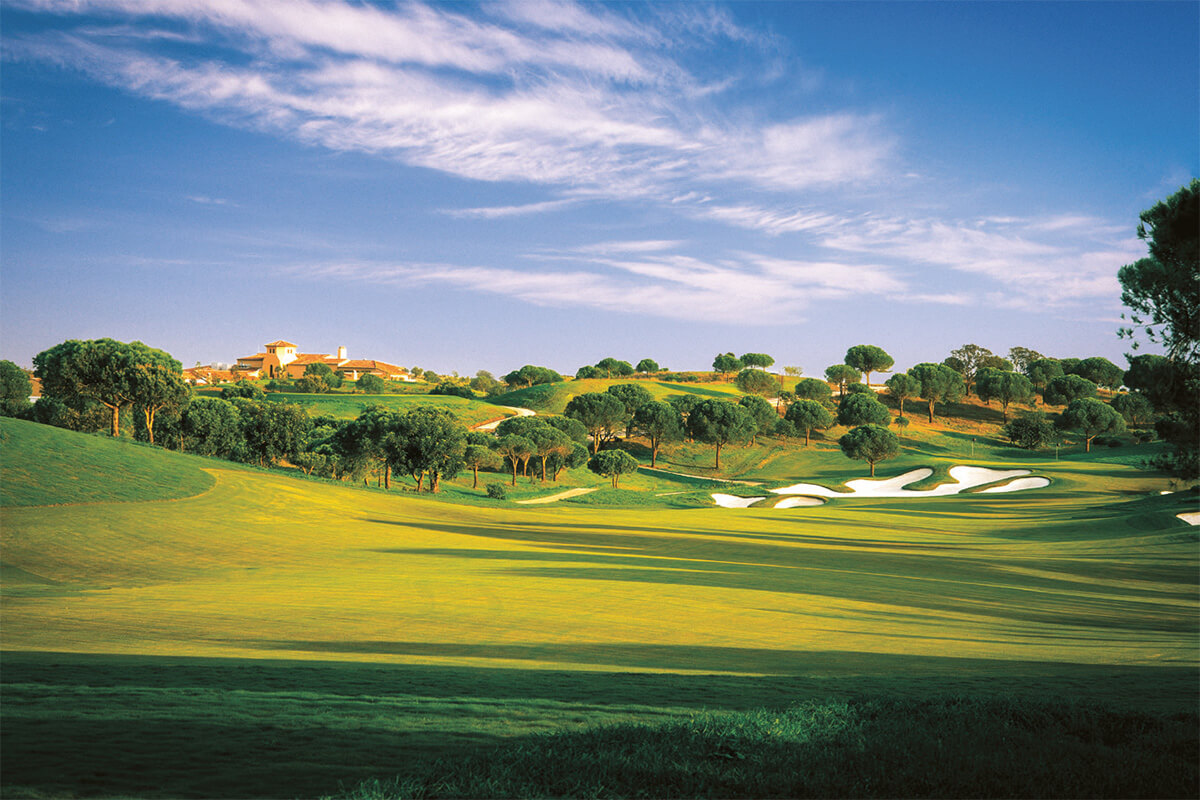 There are very few instances when two isn’t better than one – and that’s certainly true when the double in question is a pair of Jack Nicklaus signature courses. The North Course is the best in Portugal and you won’t find many players arguing otherwise. It’s often ranked among the best in Europe, too, and it’s not hard to see why. Like any Nicklaus course it offers a good technical challenge, but the way the holes blend into the scenery is near miraculous. Throw in a cocktail in the sun at the clubhouse afterwards and you have a pretty spectacular day ahead; www.monte-rei.com