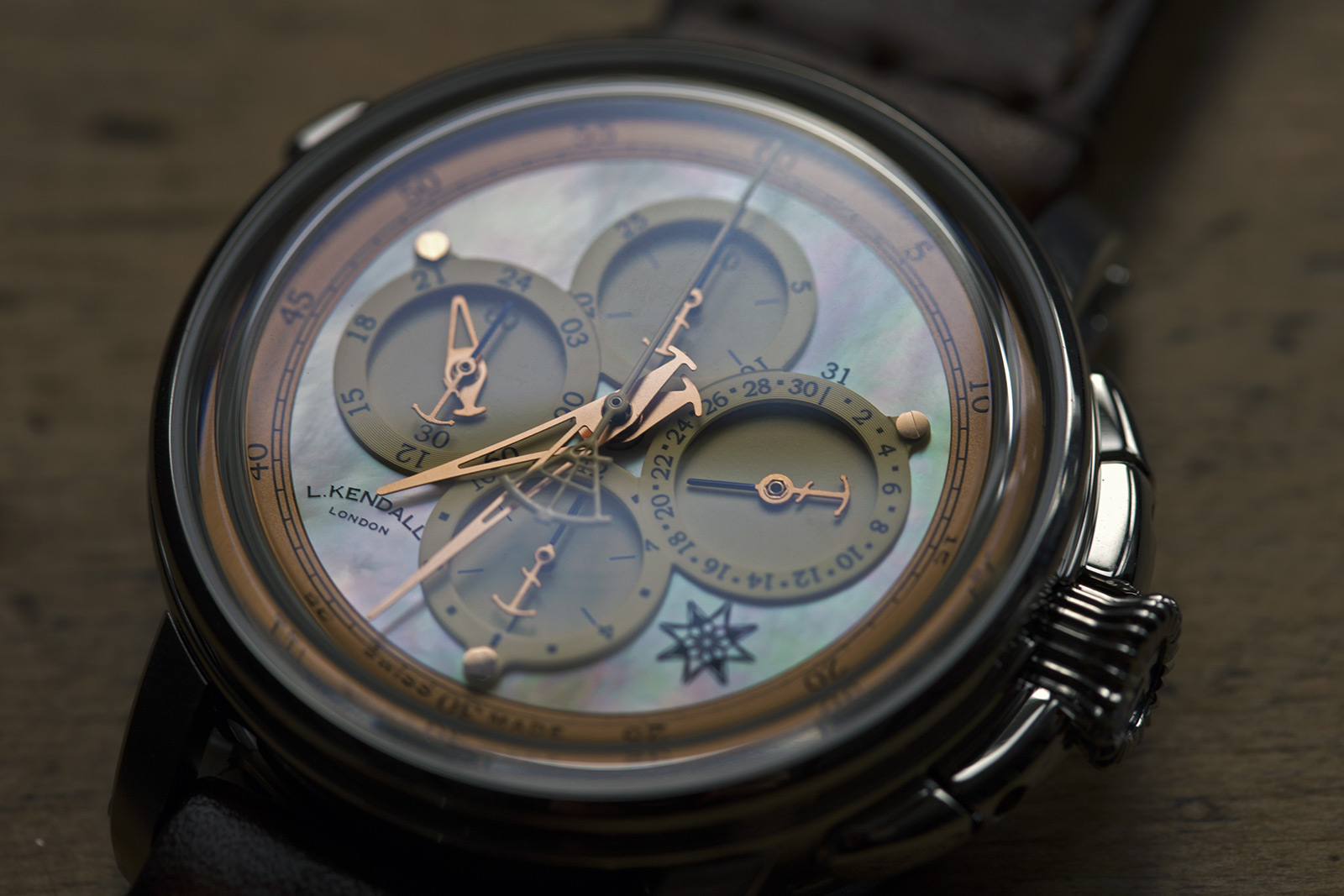 I’m not an Italian billionaire. I’m sorry, I just had to tear that band-aid off. Much as I wish I could spend my days cruising along the Riviera on my conservative 50m yacht, I am in fact a this moment stuck in a Starbucks (other coffee shops are available) in less-than-sunny Geneva.

Why does this matter? Well the cold and damp matter to me a whole hell of a lot, but more importantly it’s not the kind of place the Kendall K4 I’m wearing really belongs.

The brand may have originated from London back in the 1700s, but if you think that places it in company with the likes of Arnold & Son you have another thing coming. Kendall’s heritage may be British but when it comes to looks they have more in common with U-BOAT. 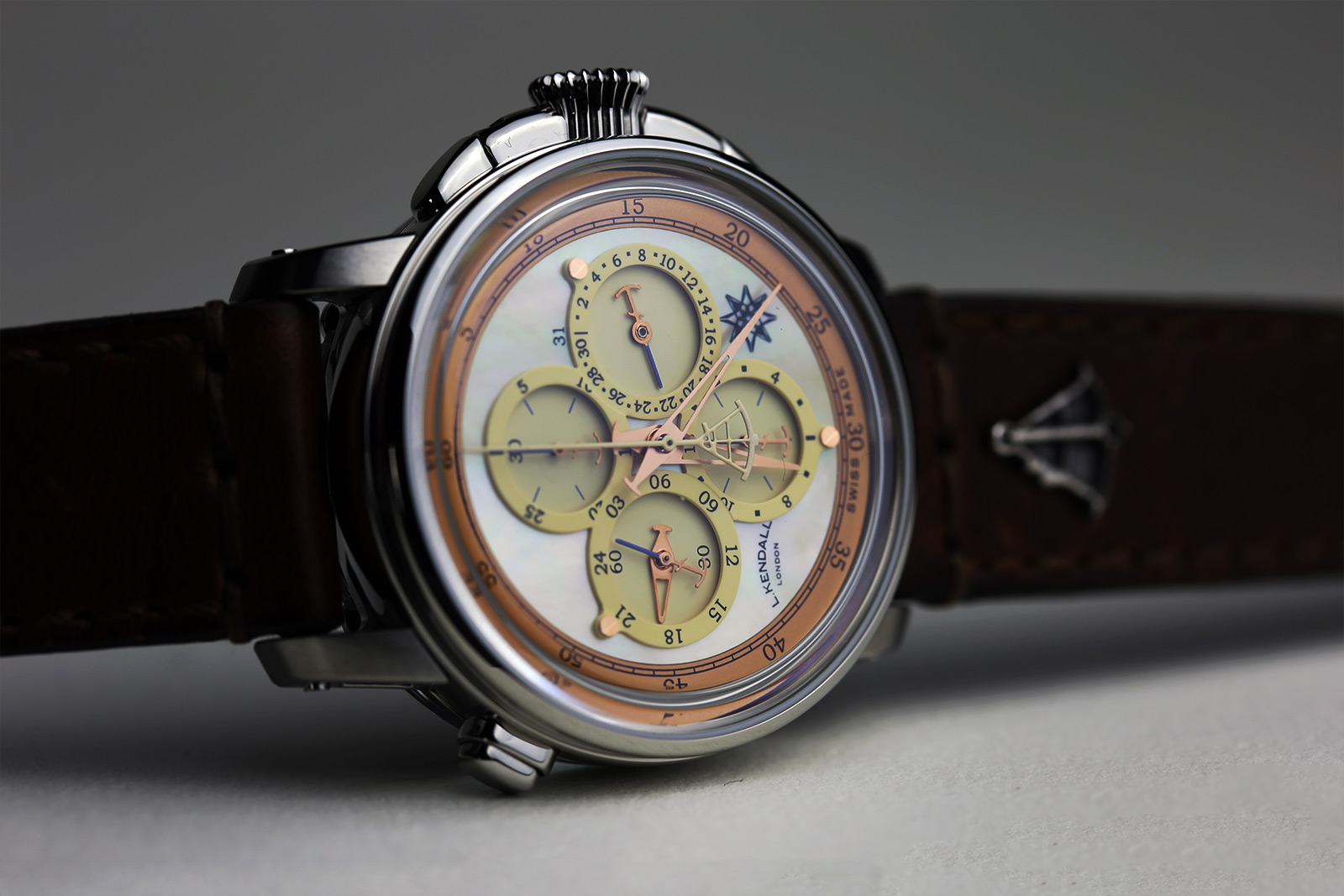 That said, I’ve worn plenty of U-BOATs over the years – hell, at one point I used to work for them in the UK – and they’re invariably too big for me. Granted I have wrists like a new-born deer foal, but still. With the K4 I don’t get that.

It’s no smaller than a U-BOAT really, a solid 46mm case 19mm deep. It’s just that where U-BOATs tend to be relatively sparse, the Kendall throws everything into one glorious, unapologetic giant. Between the mother-of-pearl dial, the mix of cream and peach rings and the deep crystal, it still feels like there’s not enough room for everything. 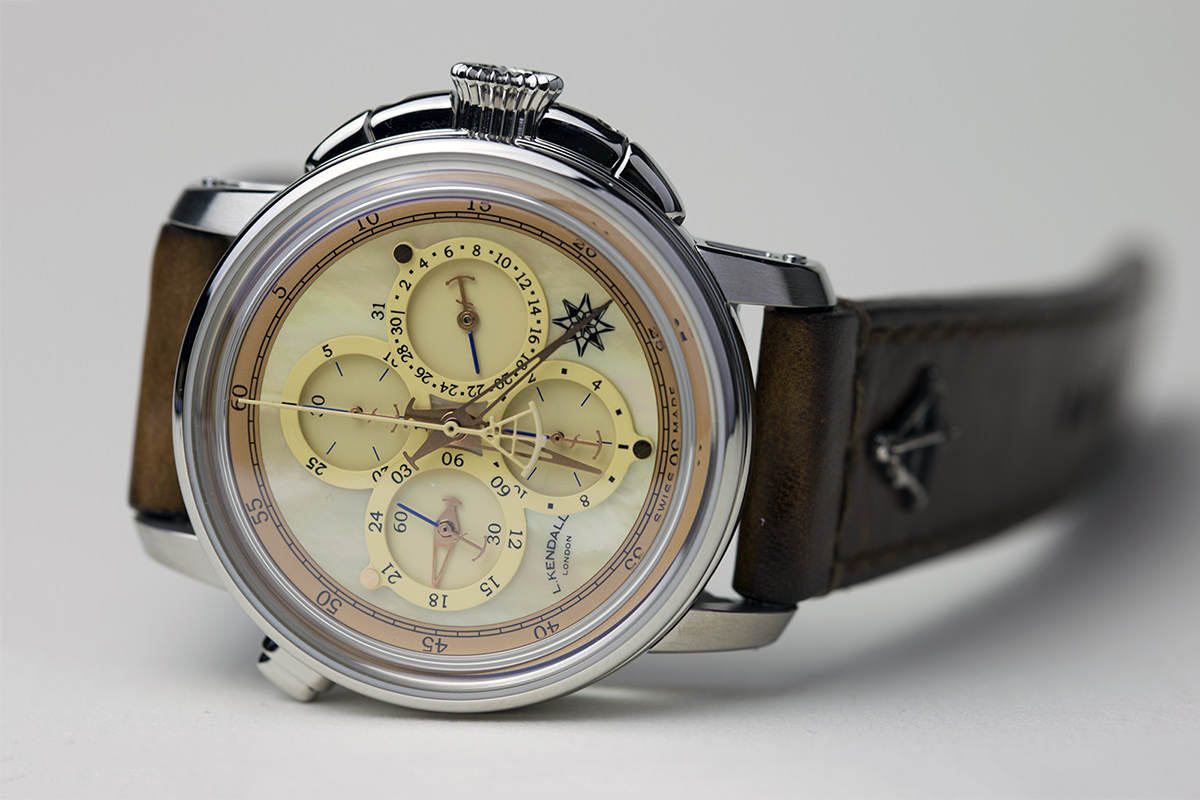 That might sound like a bad thing but it’s really not. The K4 is an immensely fun watch to wear. It’s far more comfortable for me than I’d have thought possible and doesn’t look nearly as ridiculous as I’d assume. So what if it doesn’t fit under a shirtsleeve? This isn’t a business watch. It’s a timepiece for rolled up sleeves, shorts and plenty of champagne on the high seas.

That’s a link that comes from more than the K4’s aesthetic extravagance. The nautical theme is hammered home in many a design detail, from the compass logo on the dial to the 3D, steel sextant on the strap. The strap itself is worthy of an 18th century explorer. 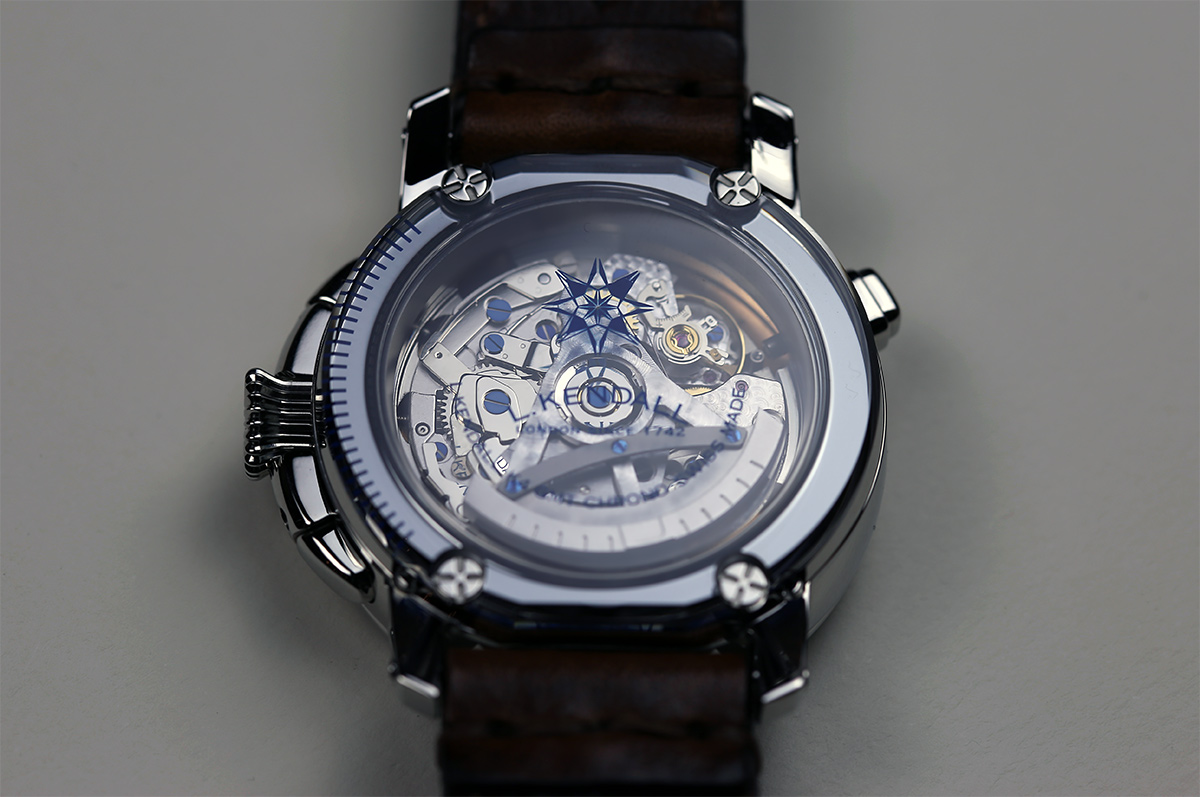 The movement is nothing spectacular, a Swiss-made stock piece, but it has been customised for the watch with a sterling silver rotor. If you want to emphasis the British connection, use silver. Given the oversized case, the movement looks tiny when seen from the back, but in a way which gives a great deal of depth. It’s not a bad look at all; at the very least it’s individual.

The only real downturn for the K4 is the chronograph pushers. Oddly for a big watch they seem designed by an elf, with pushers that seem to cover only half the distance they should. I found them pretty awkward to use and even a satisfyingly heavy click couldn’t help.

As I said, I’m not an Italian billionaire and as such the Kendall K4 is never going to be at the top of my wishlist. If you are though – or at least like to think you could be – it’s hard to think of a watch more perfect. Unless you want diamonds of course, but then we’re in a whole different part of the map regarding taste – and there be dragons.