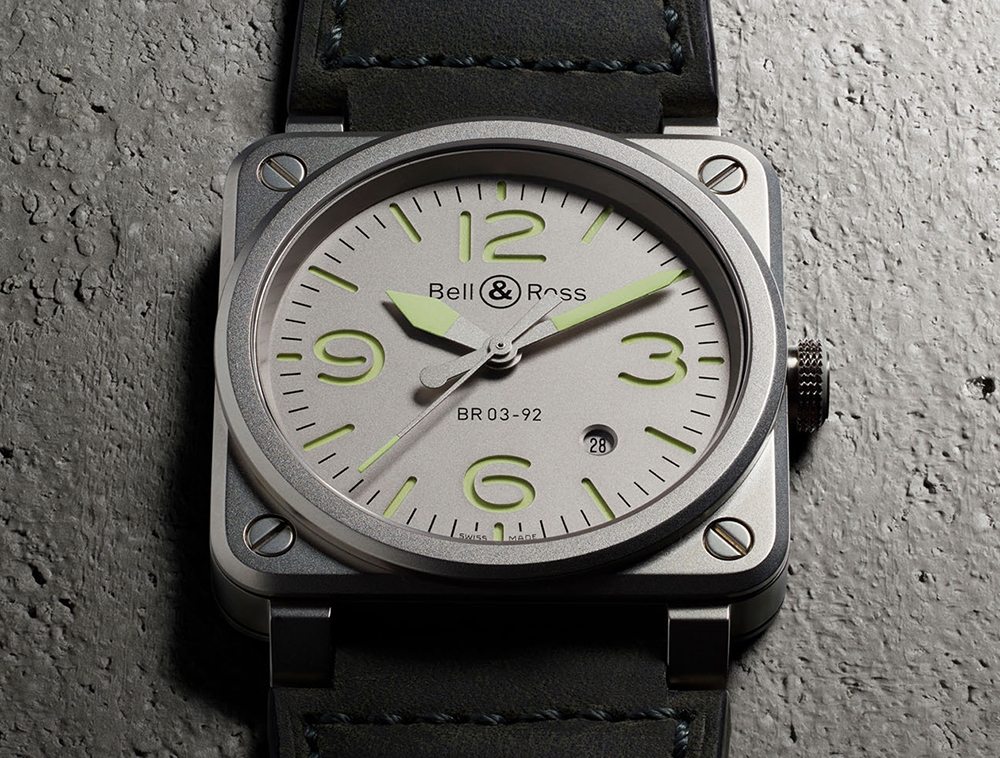 After wearing a sparkling, diamond-set Parmigiani for a week the clean, simple lines of the Horolum were certainly a change of pace – and I mean that not just when compared to the Tonda but to Bell & Ross as a whole. We’re used to seeing the highly technical kind of dials from Bell & Ross that make their cockpit heritage pretty obvious. Half the time they look like they could slot right into a complicated modern aircraft without anyone second-guessing. In the Horolum, however, that’s changed.

There’s still the signature Bell & Ross case of course; even though the watchmaker produces circular pieces we’d never opt for anything but that rigid square. It’s just so… them. It’s just that this – and to a lesser extend its equally limited chronograph sibling, the Horograph – takes more from Bauhaus than the rest of their collection. 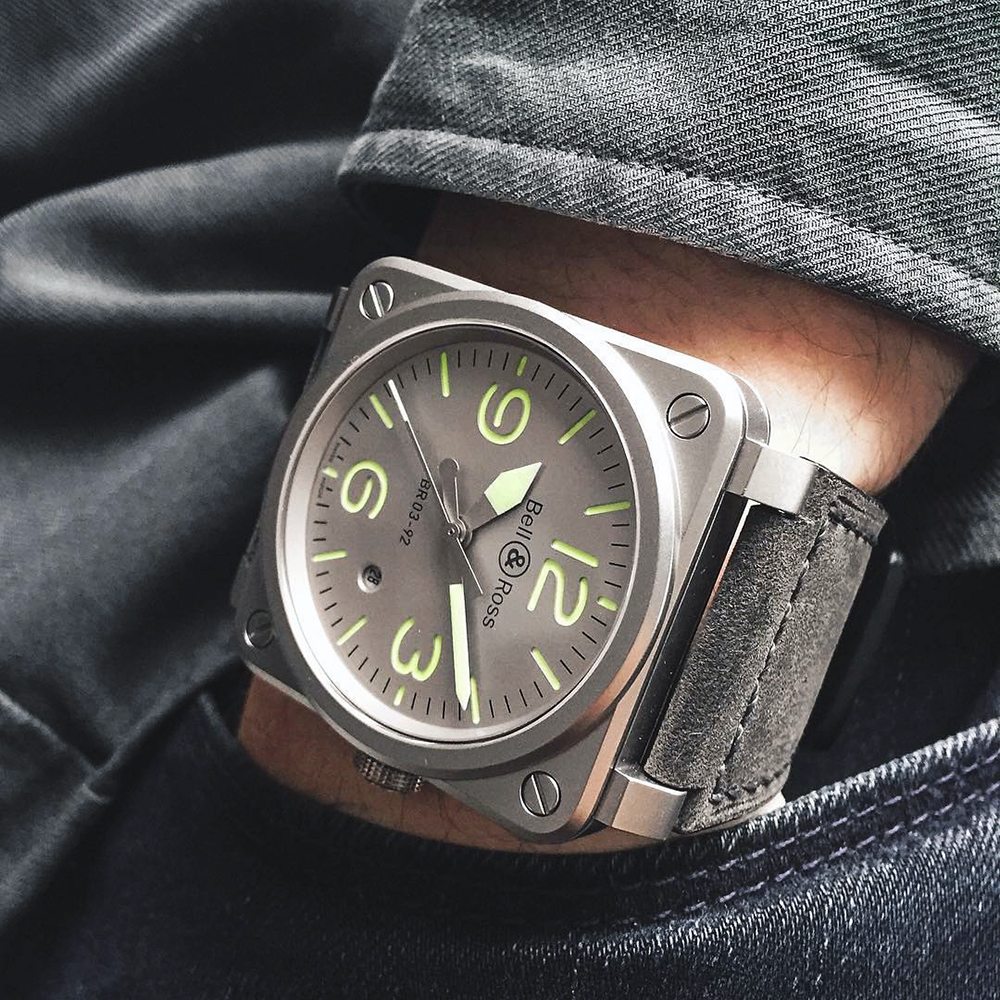 The dial is the same grey hue as the bead-blasted steel case, giving the entire watch a uniform matte look, one which the oversized Arabic numerals and indexes show up flawlessly against. There’s less going on than the host of more technical pilots’ watches out there, making it feel more like the counterpart to a vintage plane than any kind of commercial aircraft. 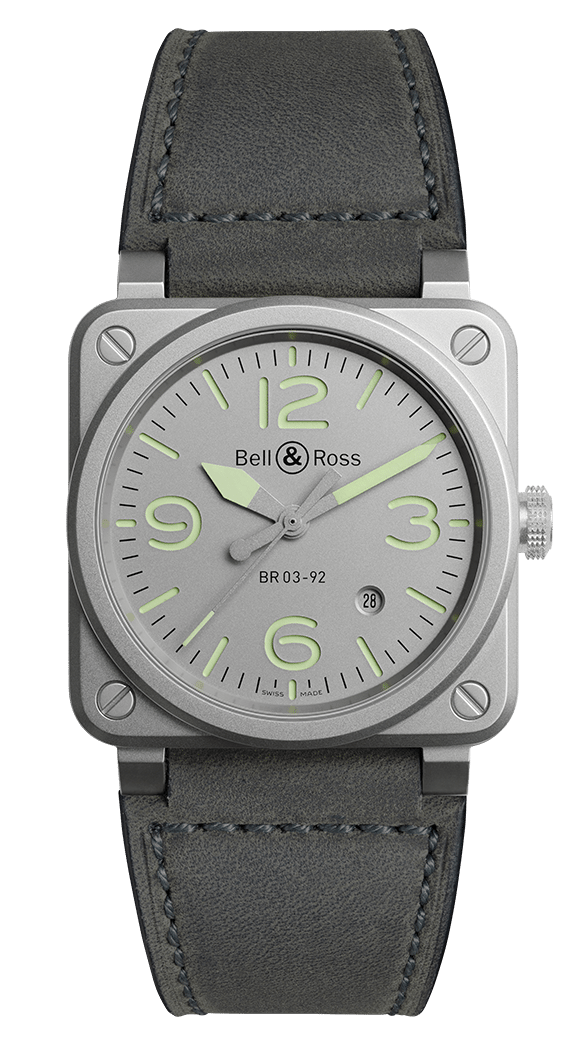 Those strong lines and functional purity clean things up nicely, allowing the dial to shine, quite literally. The Horolum’s name is derived from its lume which, thanks to its sandwich dial, it has plenty of; enough in fact that the luminosity works during the day, too. Still, in the dark you really get the intense green colour, inspired by runway lights. In some ways it’s reminiscent of a Panerai which is no bad thing at all. Still, with the visible case screws lending it an industrial aesthetic and even that signature crown grip there’s no mistaking the Horolum as a whole for anything but a Bell & Ross. 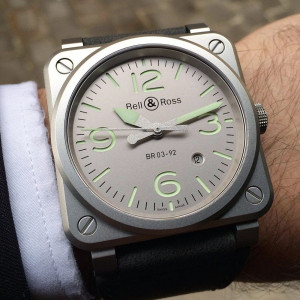 The manually-wound BR-CAL.302 movement looks on paper like a decent, reliable movement – nothing overly complicated but the ideal partner for this kind of look. I was given a prototype so couldn’t really test it myself, but past experience with Bell & Ross has been good enough for me to give the Horolum the benefit of the doubt. It’s not a showstopper and it’s certainly not a timepiece that will make headlines. It is however a wonderfully wearable, nicely weighted and well-considered watch. If you’re in the market for something easy to read in any situation, particularly with a generous dash of German-influenced design, then the Horolum is for you. I did miss my diamonds though…