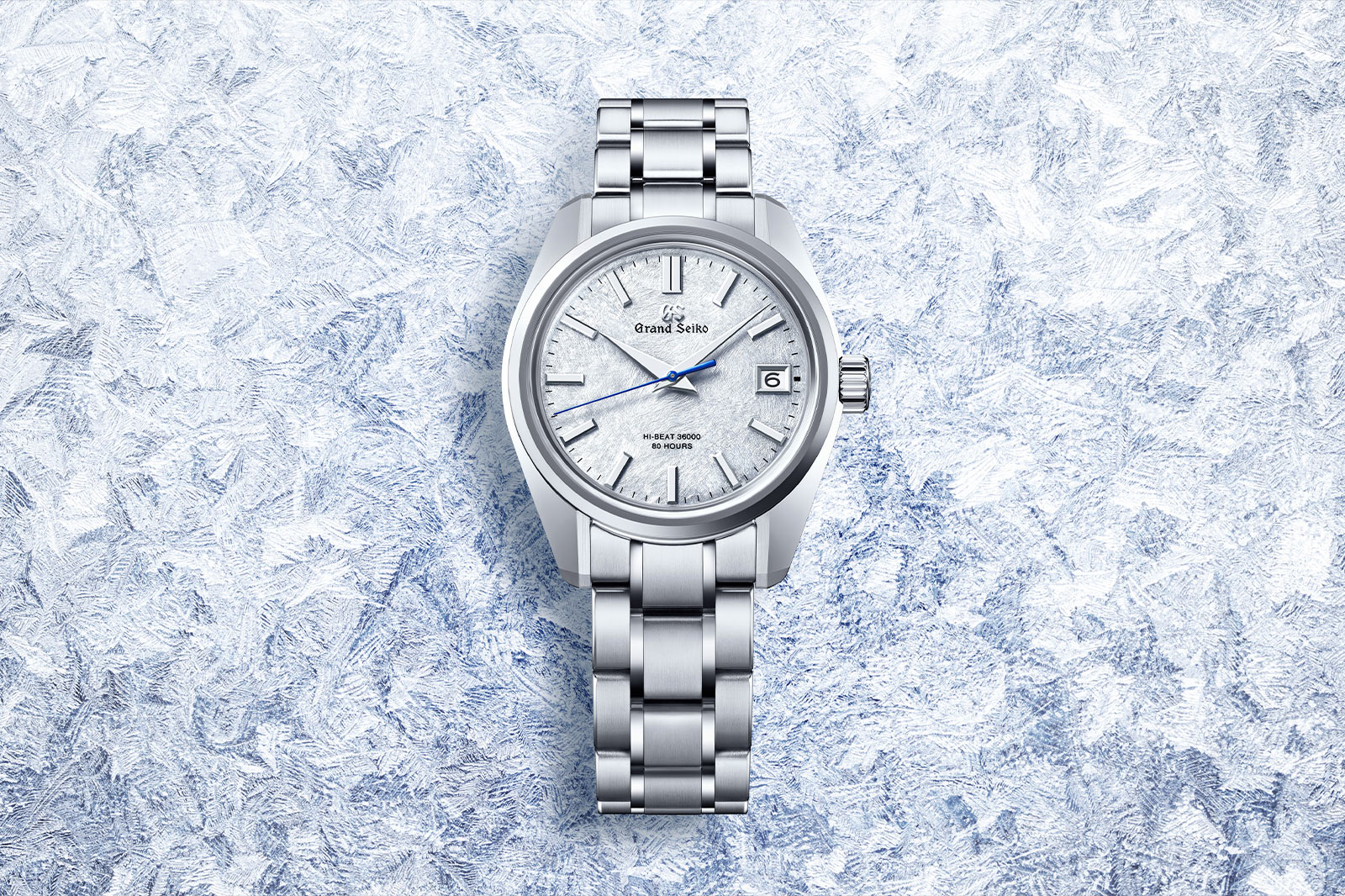 While timepieces like the High Moon are mesmerising in their own way, Grand Seiko is undoubtedly at its best when exploring the textures and patterns of the natural world. The White Birch and its many colourways have been true stand outs over the last year. However, the muse that Grand Seiko returns to again and again with stunning results every time is snow: snowflakes, fresh snow and snow mixed with cherry-blossom. Now joining that wintery line-up is the new Grand Seiko ‘Snowscape’ Hi-Beat 44GS SLGH013. 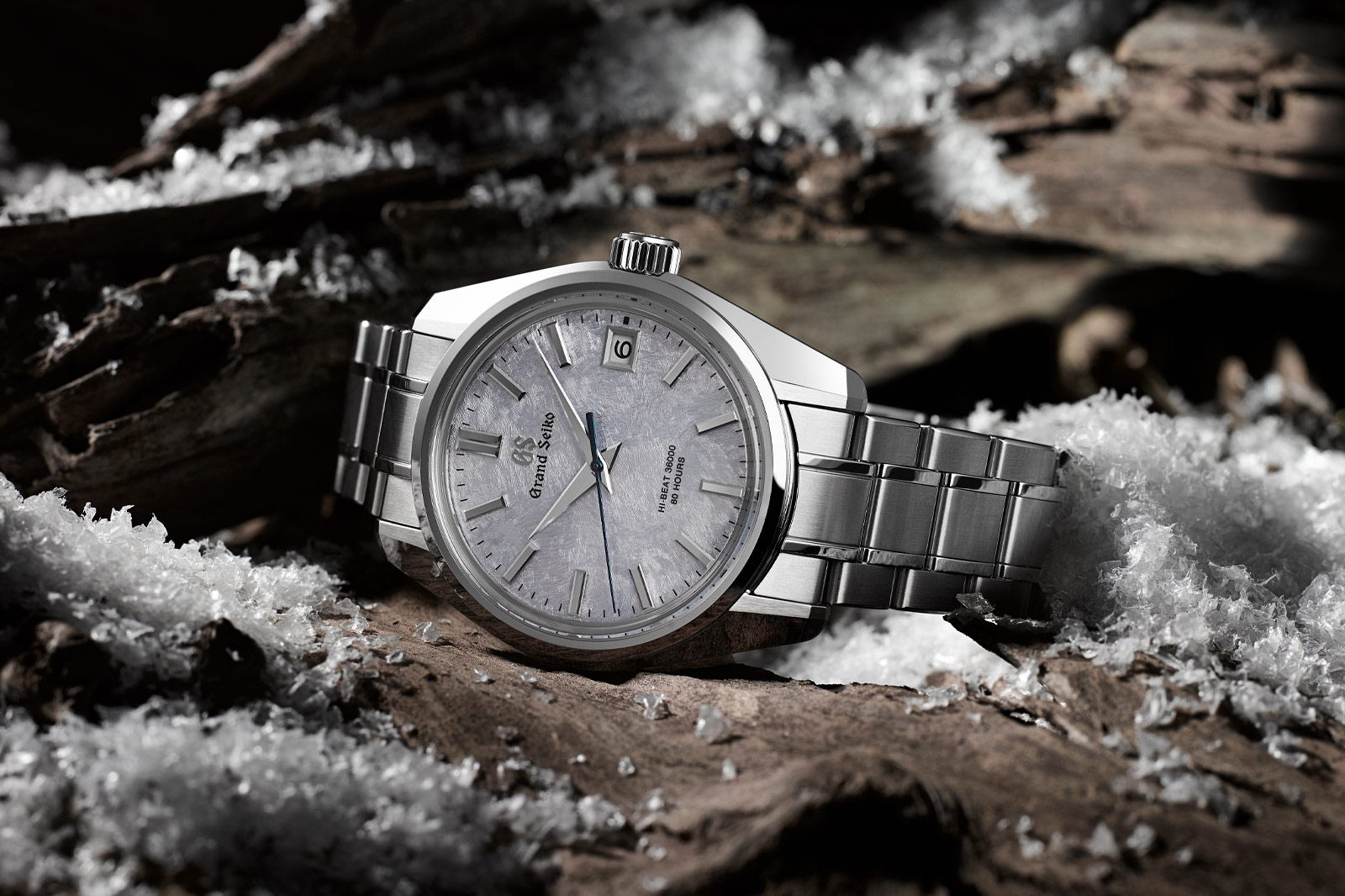 The specific inspiration for the ‘Snowscape’ comes from Mount Iwate, a snow-capped mountain overlooked by Grand Seiko’s Shizukuishi workshop. As such, the textural pattern of the ‘Snowscape’s dial is the harshest interpretation of snow so far. Harsh in the sense of a blizzard compared to a light dusting of flakes. It’s the icy frost that seeps into rock and erodes it away, the cold snap of a dangerous frozen landscape coated in ancient snow that never melts. All of which is communicated through the sharp angles and rough surface of the dial. 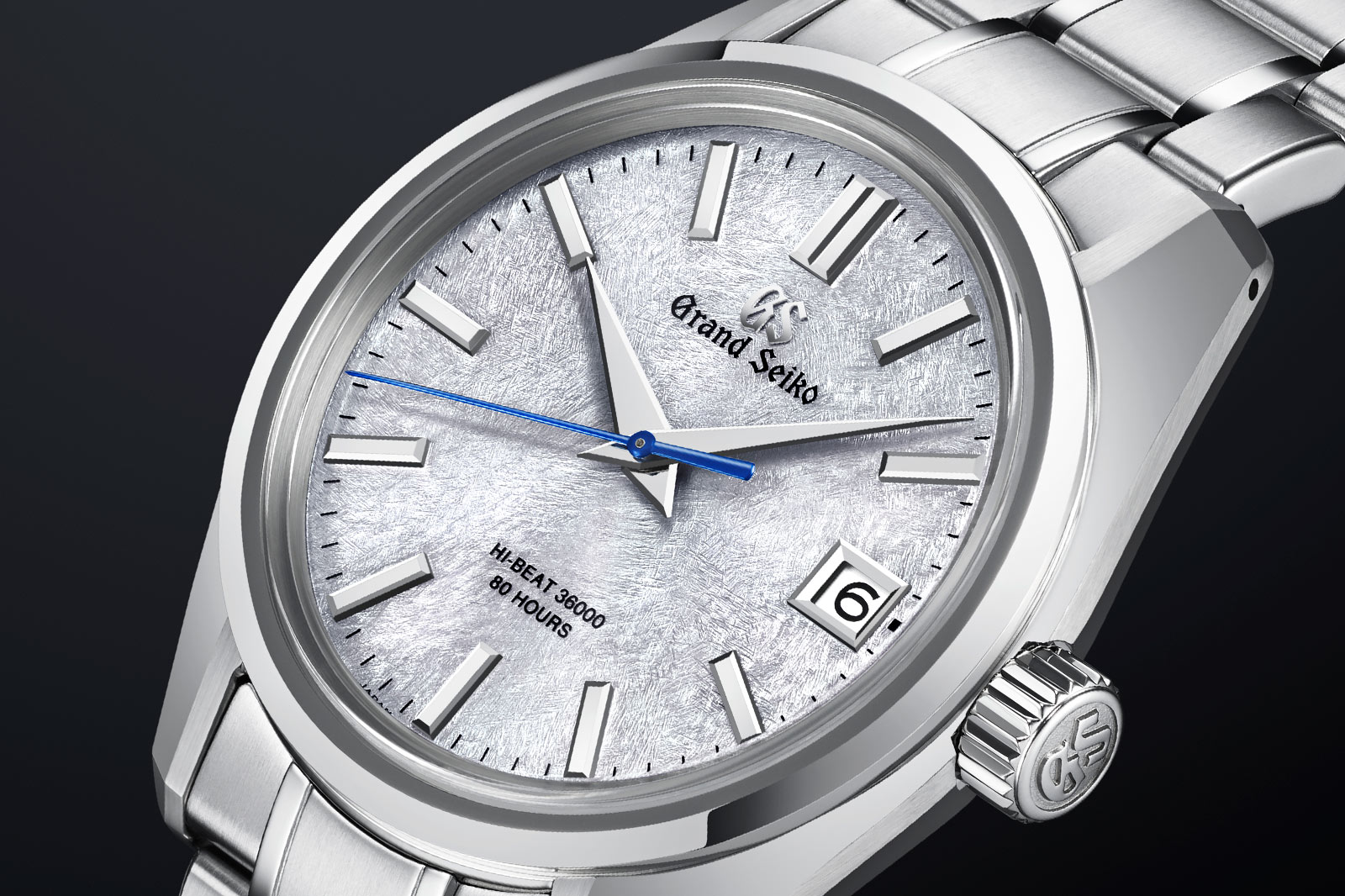 However, that’s not to say that it isn’t beautiful at the same time because it really is. The combination of the icy white dial and the sharp angles of the 44GS hand set and 40mm case is gorgeous. It’s also the 55th anniversary of the 44GS design, making it extra special. The steel used for the case is known as Ever Bright Steel, which is an alloy typically used in marine environments because of its additional corrosion resistant properties. 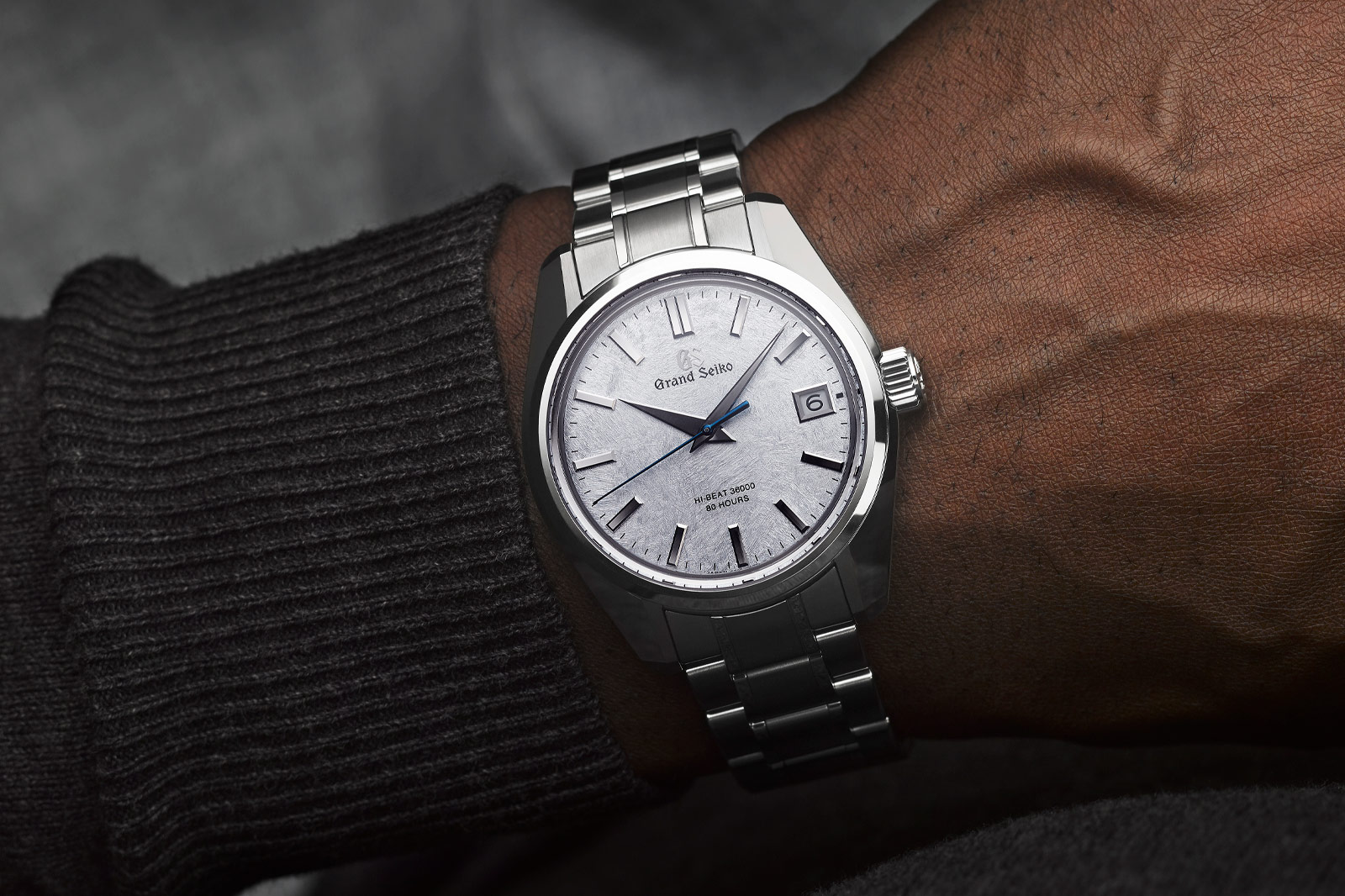 Beneath the snowy surface of the ‘Snowscape’ SLGH013 is the Hi-Beat calibre 9SA5. It’s an automatic movement with additional manual winding capabilities that has an impressive 80-hour power reserve and a frequency of 36,000vph. This movement was a key factor in the White Birch winning the Men’s prize at the 2021 Grand Prix d’Horlogerie de Genève. 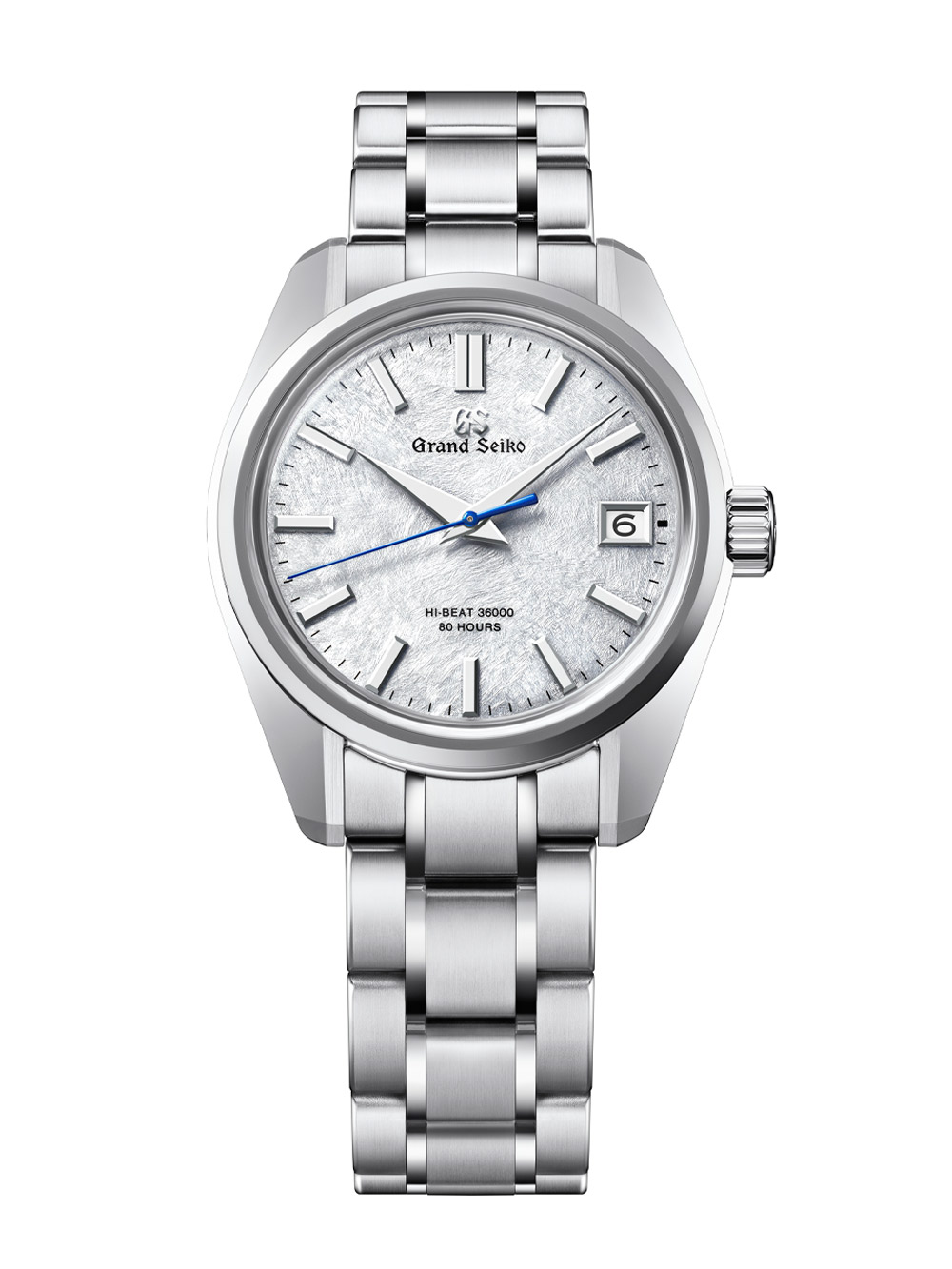 As for price, the Grand Seiko ‘Snowscape’ Hi-Beat 44GS SLGH013 is £8,000. It’s a good price considering the White Birch, which has virtually the same specs but with a different case design and differently shaped hands and indexes, is £8,500. And personally, of the two, I prefer the design of the ‘Snowscape’ anyway.