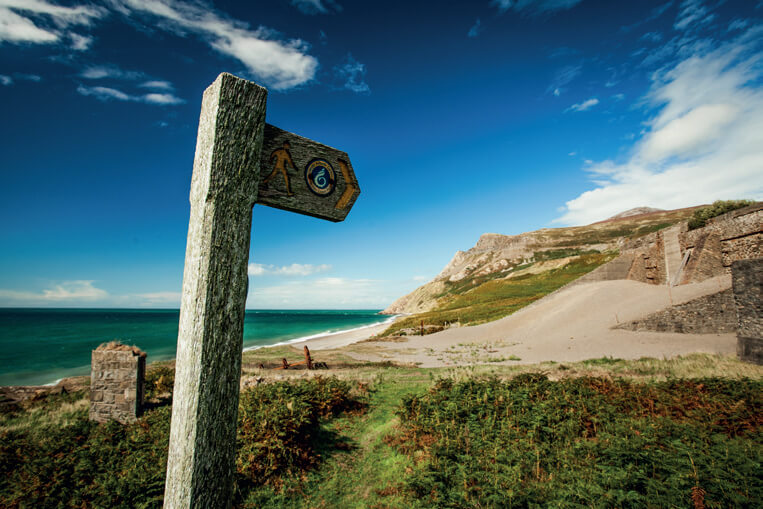 Don’t let the continued restrictions of lockdowns and quarantines keep your feet in place. Sure, adrenaline junkies must adapt to temporary life without epic world-crossing quests – but while we’re forced to stick closer to home, it’s a chance to experience some of the most dramatic landscapes the UK has to offer. So, from calming stays beneath the stars to a trek across rugged Scottish isles, here are the five greatest mini-adventures on home shores. 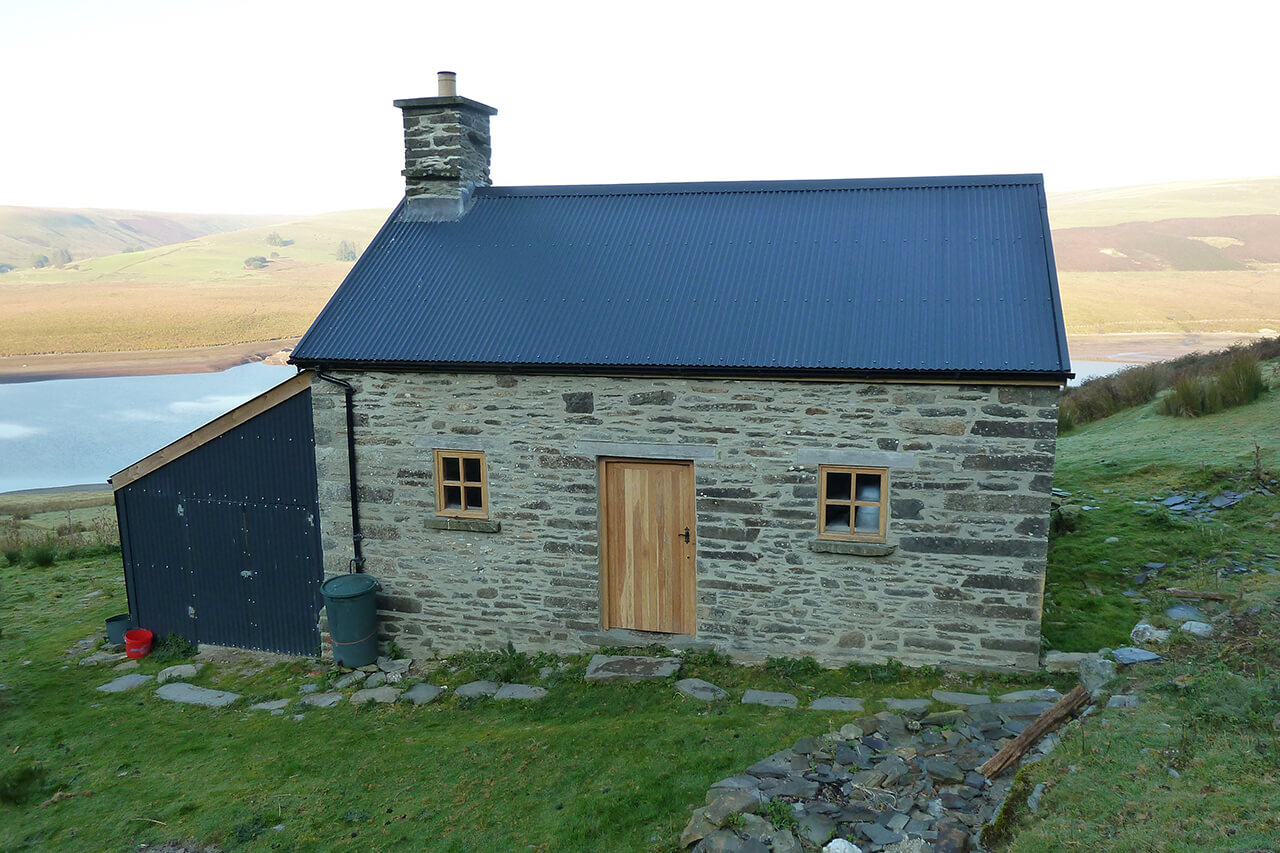 ‘Bothy’ is a word that may evoke slight trepidation for haute travellers, but you must visit this particular cabin for the best stargazing opportunities in Wales. Hidden in the Elan Valley, Lluest Cwmbach sits waterside, surrounded by reservoirs, woodland and not a person in sight as the sky floods with glittering jewels. Adventurers can doze off on rustic sleeping platforms with fuel stoves, but if you’re not quite ready to channel your inner Bear Grylls, retire to the Elan Valley Hotel just a 15-minute drive away. 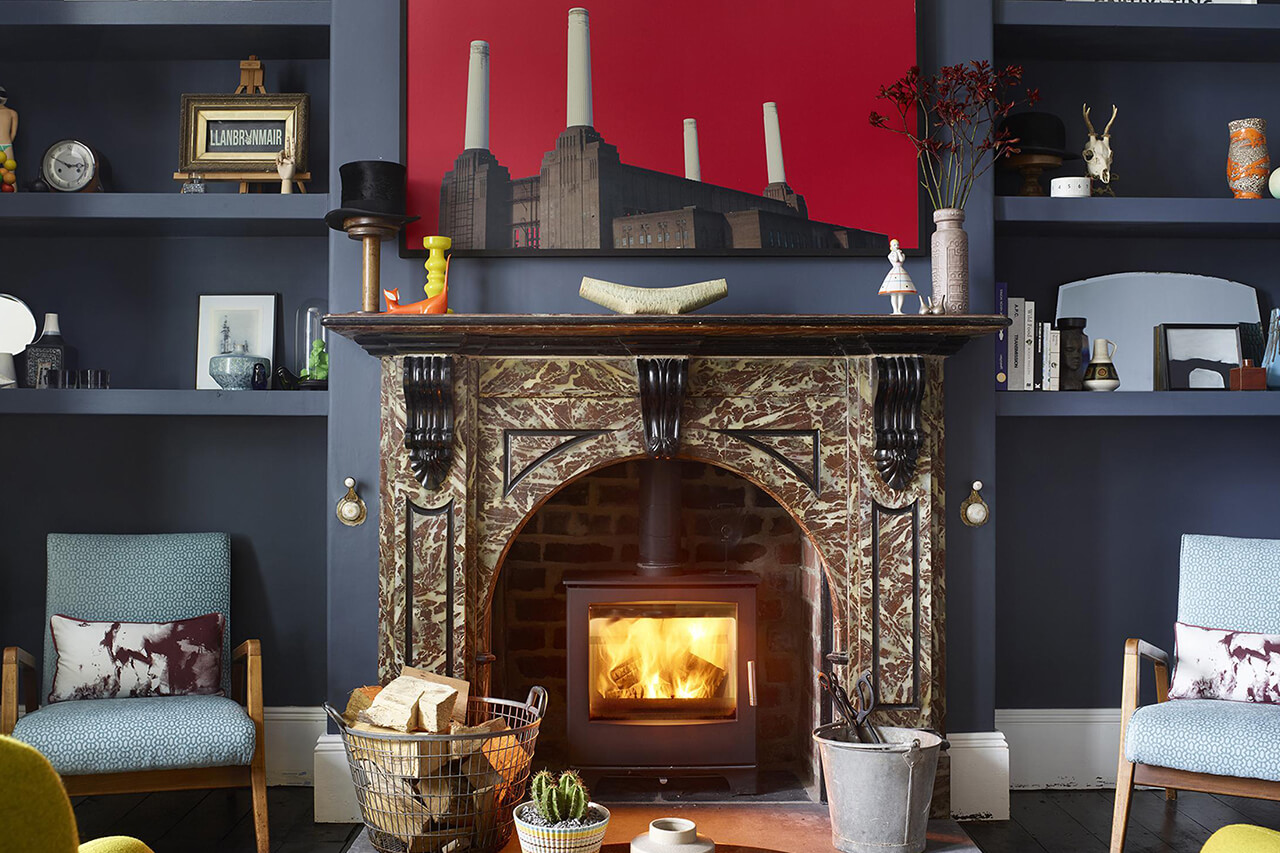 Situated in Powys, on the edge of the green stretch heading into the Elan Valley, The Royston’s mix of warming comfort and retro cool makes it a much more forgiving retreat than a bothy – though the views of the Cambrian Mountains are almost as stunning.

More details at The Royston Wales. 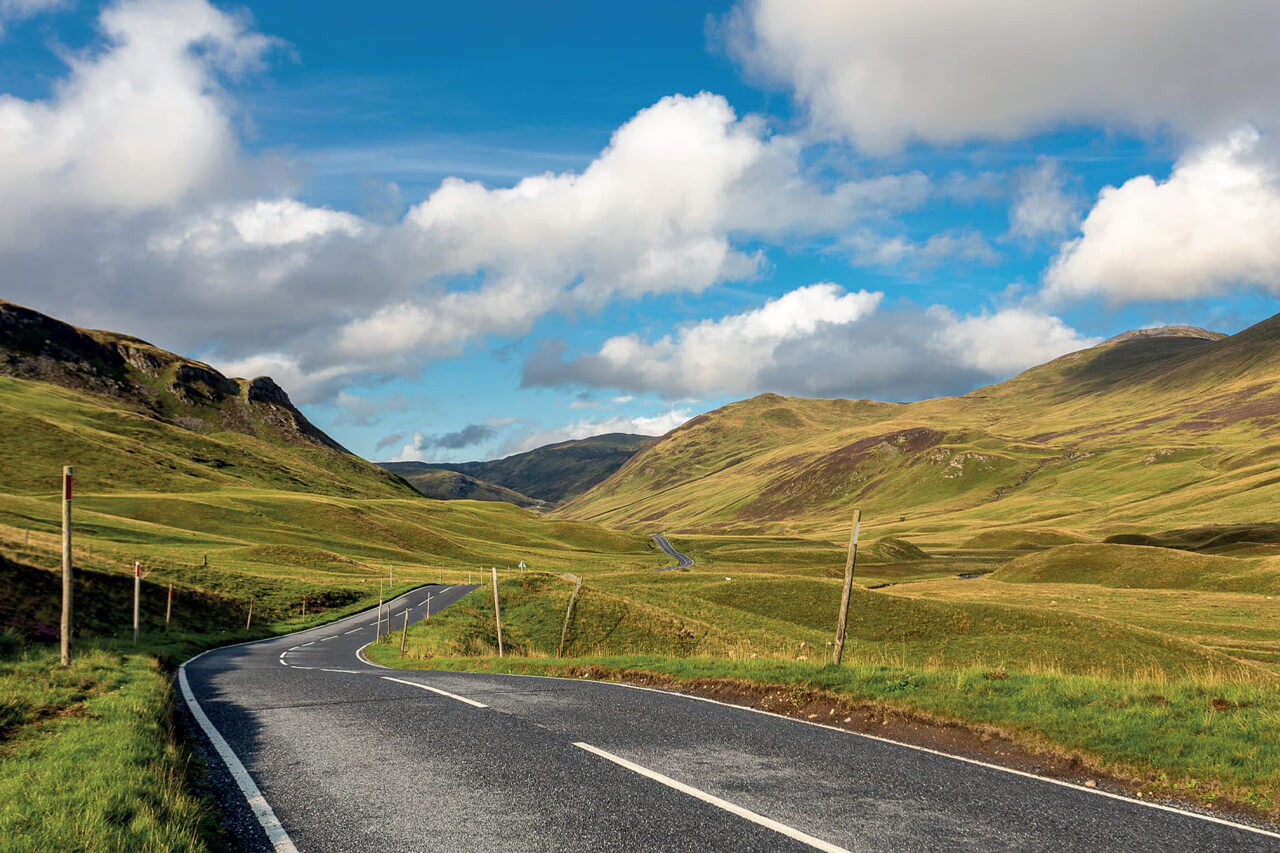 The North East 250 is Scotland’s ultimate road-trip route, winding through the mountains of the Cairngorms National Park and passing by relics and ancient sites like the Scottish baronial Ballindalloch Castle. Lay low in a cosy fishing village along the Moray Firth Coast or make a stop on your 250-mile journey at one of the plethora of world-famous whisky distilleries in Speyside — perfect for sampling Glenlivet.

As the night draws in, stretch out on a beach stroll along the rugged North Sea coastline with a Champagne picnic basket in hand, and gawp at the shimmering Northern Lights. There’s no better way to see Scotland. 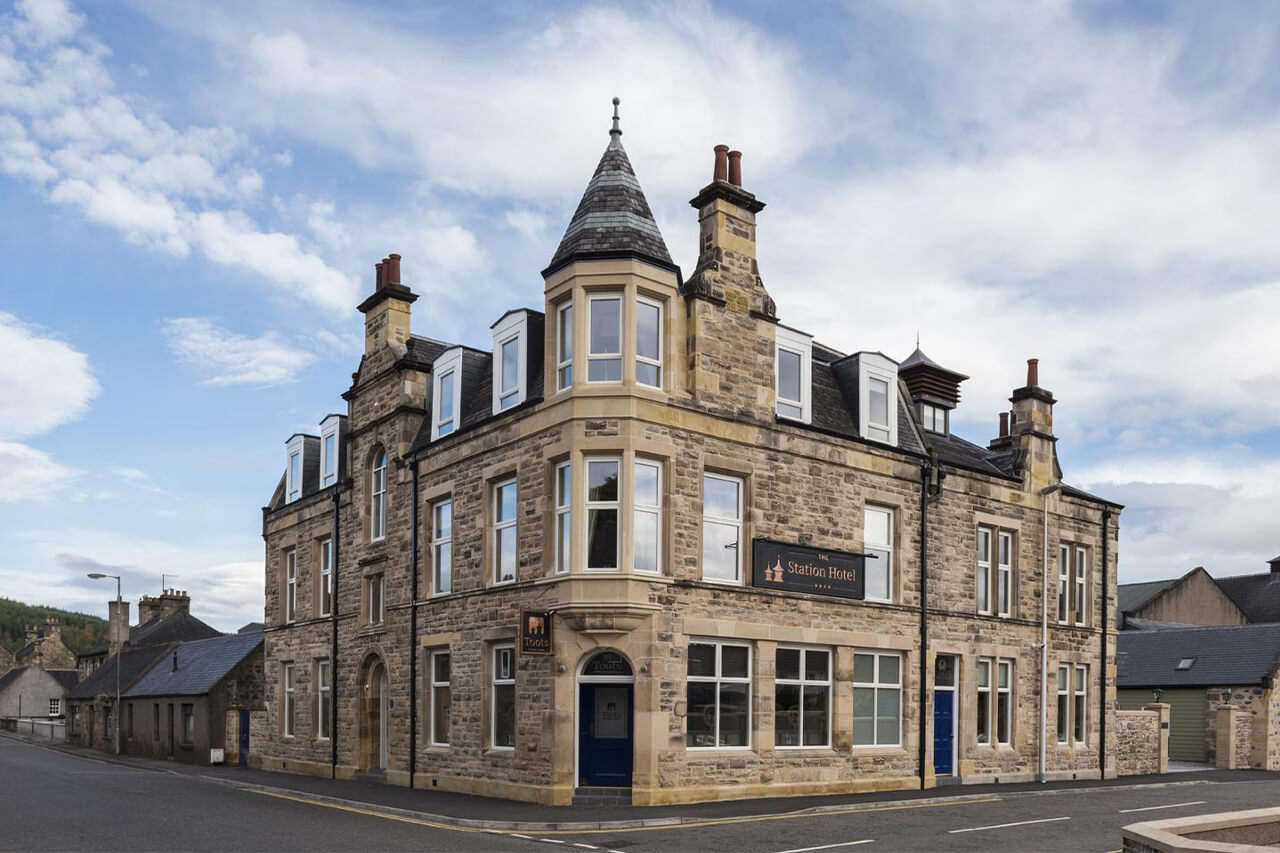 With 60 distilleries dotted around Speyside, there’s a good chance that you’ll want a room for the night, which means a stay at The Station Hotel. It goes without saying that the well-appointed rooms are paired with a serious collection of spirits. 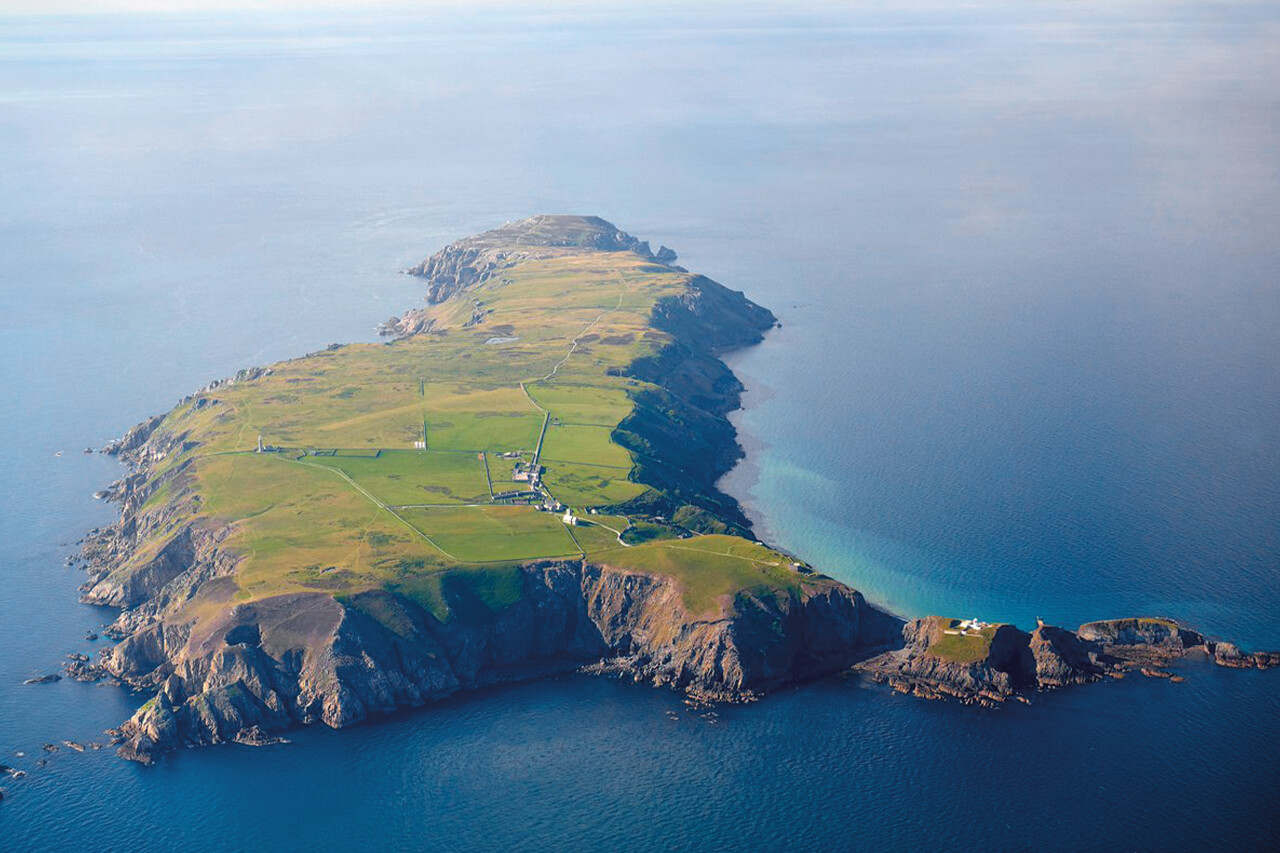 Ramble along the East coast where Primroses, Red Campion and Bluebells bloom — in fact, there are over 330 flowering species on the island — or, submerge below the crystal waters and snorkel through emerald kelp forests and sunken shipwrecks that welcome spiny lobsters, triggerfish and conger eel, before gazing straight into the eyes of an Atlantic grey seal; nuzzling you and planting a sloppy kiss. 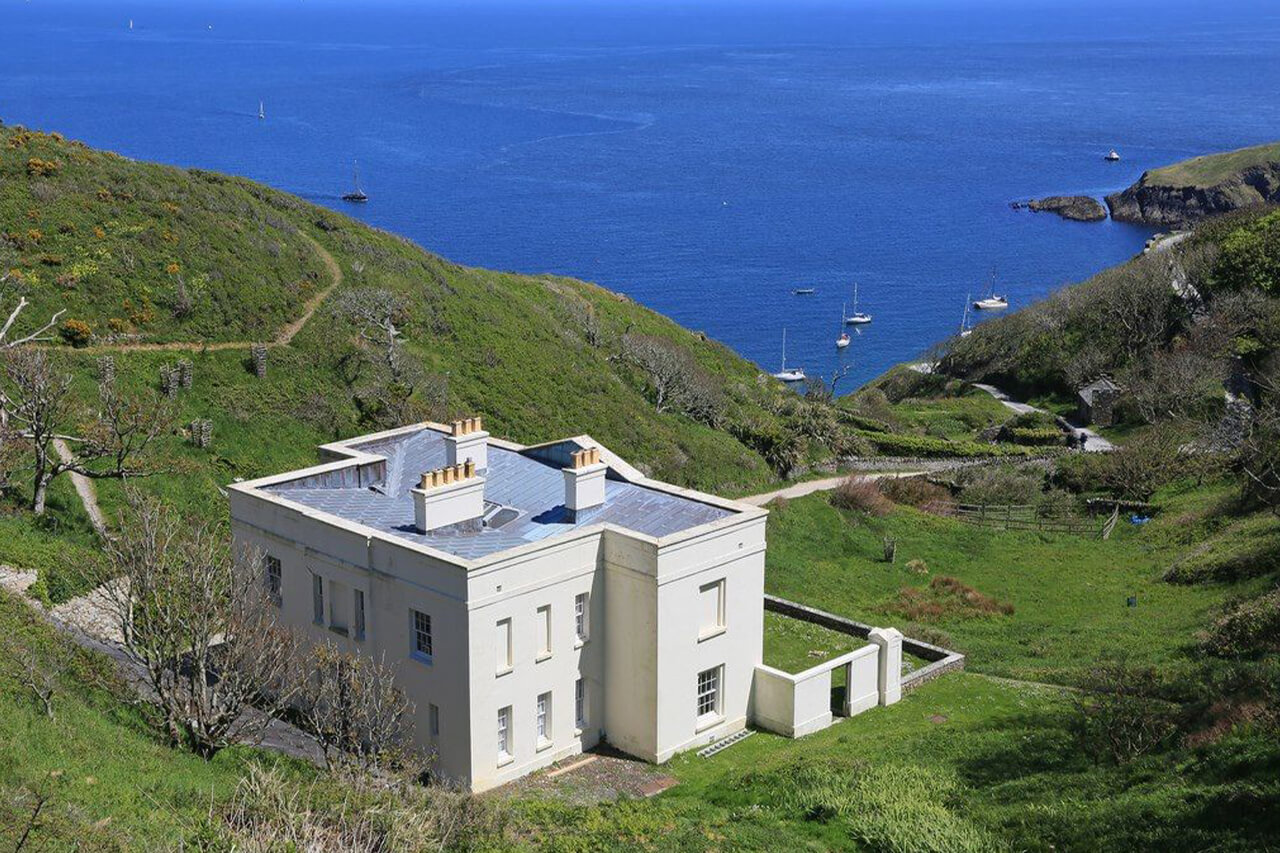 A classical villa built for the Heaven family, Millcombe House commands unsurpassed views of Lundy’s natural beauty. Want to feel like the lord of all you survey? This is the place for you – and 11 others of your personal aristocracy. 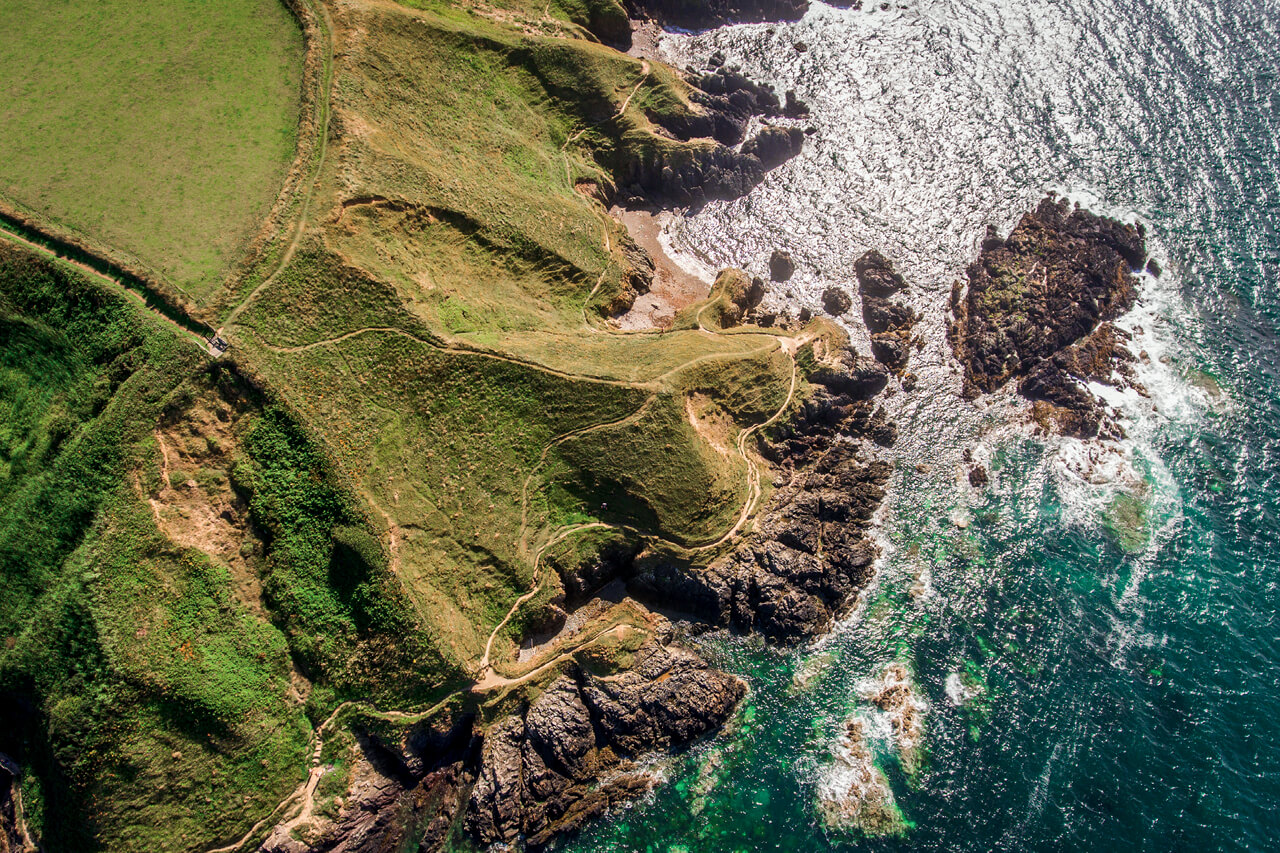 Trek the entire iconic coastline of South Wales on a section of the uninterrupted 870-mile Wales Coast Path with over 40 guided walks, nature trails and gruelling hikes from the Dee estuary to the banks of the River Wye in Chepstow. Starting in Llantwit Major, you’ll uncover its religious history dating back to 500AD, home to St Illtud’s Church, known as the ‘Westminster Abbey of Wales’, before hiking four miles along Monknash Coast where you can jaunt through the remains of Dunraven Castle and take shelter under the waterfalls of Dunraven Bay cliffs.

Push forwards on your trail and head to Laugharne, Carmarthen — this area is a famous breeding ground for writers; from Dylan Thomas to Richard Hughes, both crafting masterpieces in the summerhouse of Laugharne Castle. 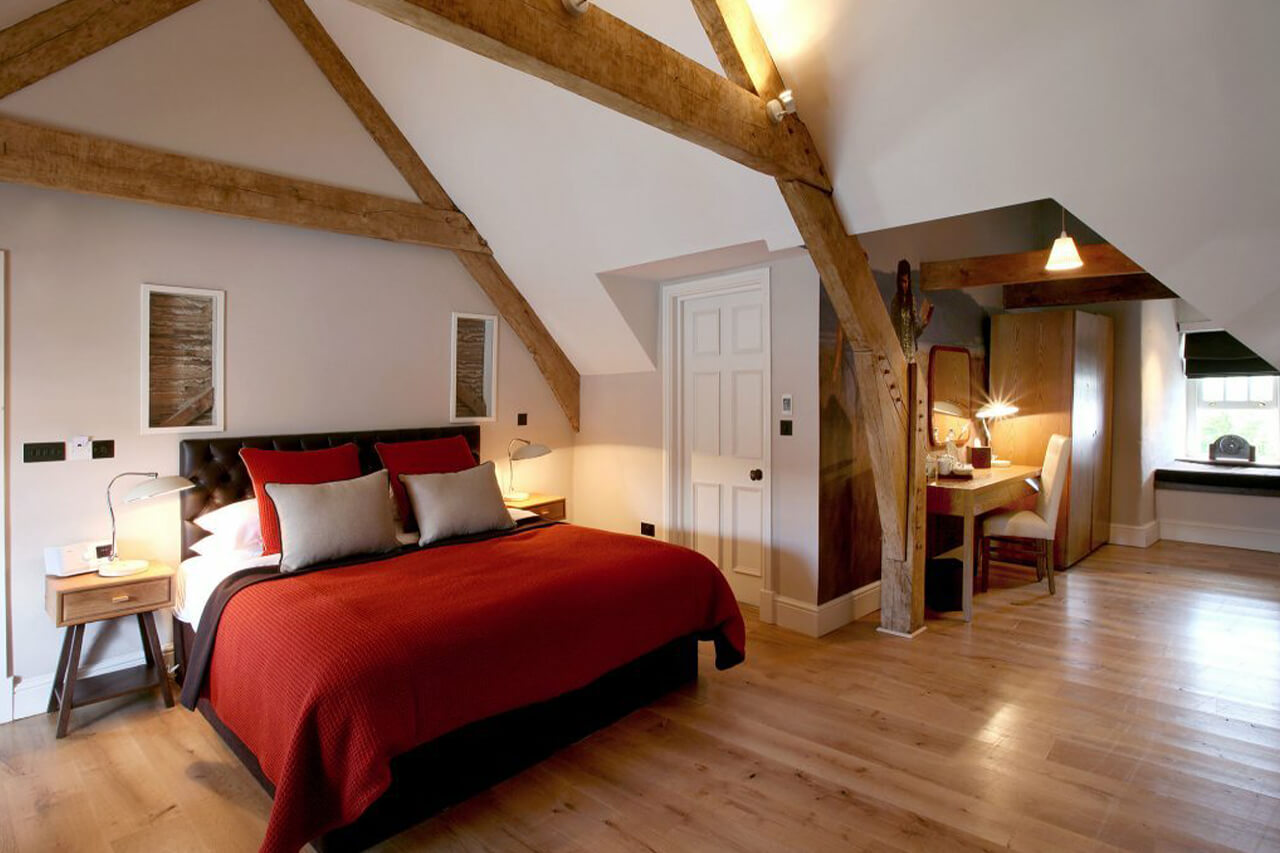 Since 1732 the likes Dylan Thomas, Patti Smith, Mick Jagger and President Carter have all stayed at this iconic literary address in Wales. Brown’s remains a superlative boutique hotel with 13 luxurious rooms and, best of all, a monthly Poems & Pints evening. 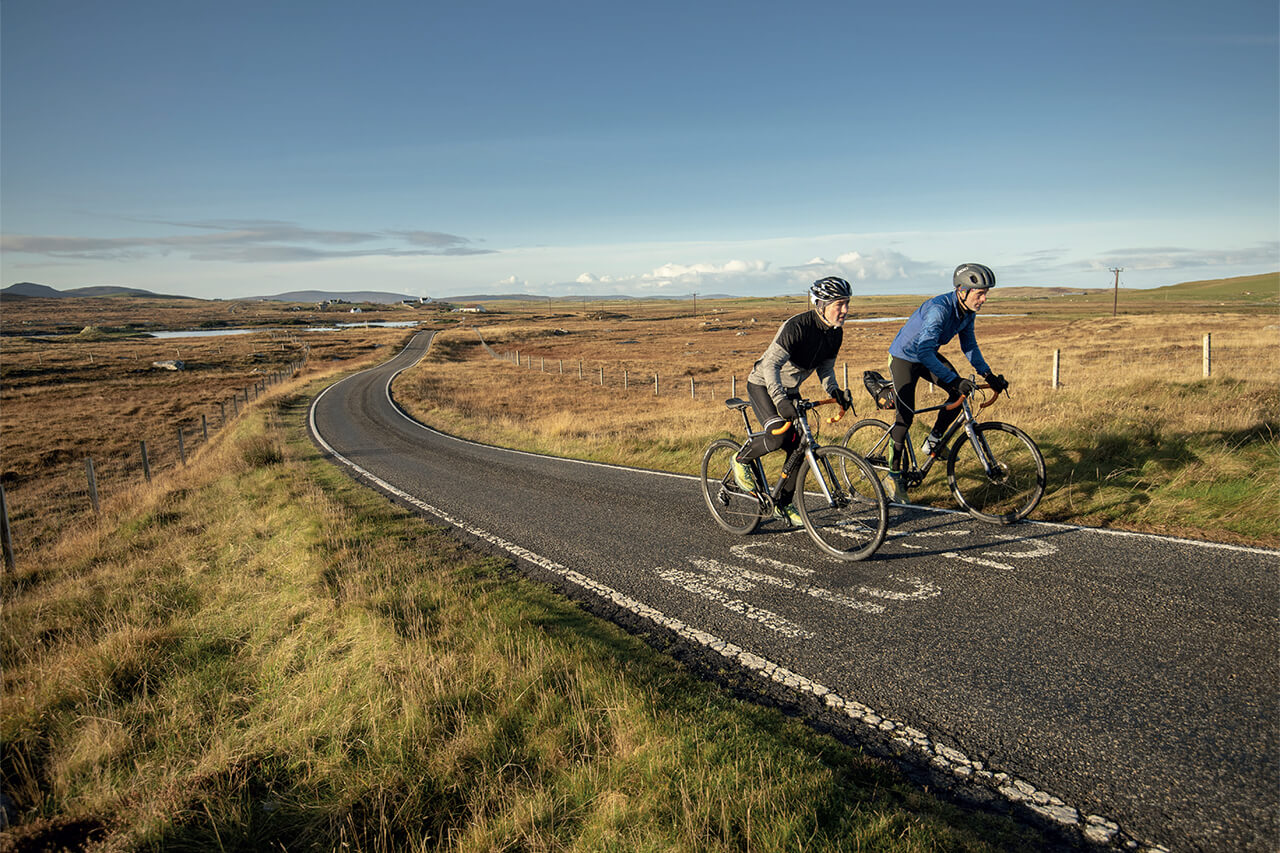 Ride 185 miles across the Hebridean Way, where cyclists soak up the sights of ten Outer Hebrides islands boasting awe-inspiring wildlife, rugged hills and pristine white shell beaches set across the Atlantic coastline. Known as the ‘Gateway to the Isles’, start in the seafood capital of Scotland, Oban, with a plethora of history from the ruins of Dunollie Castle to its Colosseum lookalike, McCaig’s Tower, and hop on a ferry to the island of Vatersay.

As the most southerly inhabited island of the Outer Hebrides, it bears a population of just 90, where seals outnumber humans, paddling in the turquoise waters surrounded by rich machair grasses and wildflowers. Admire the stunning Neolithic archaeology from the Dun Caolis burial chamber to Tacksman’s House and push forwards on your six-day expedition from Barra to the Butt of Lewis lighthouse as golden eagles soar overhead, guiding you — an epic trail like no other. 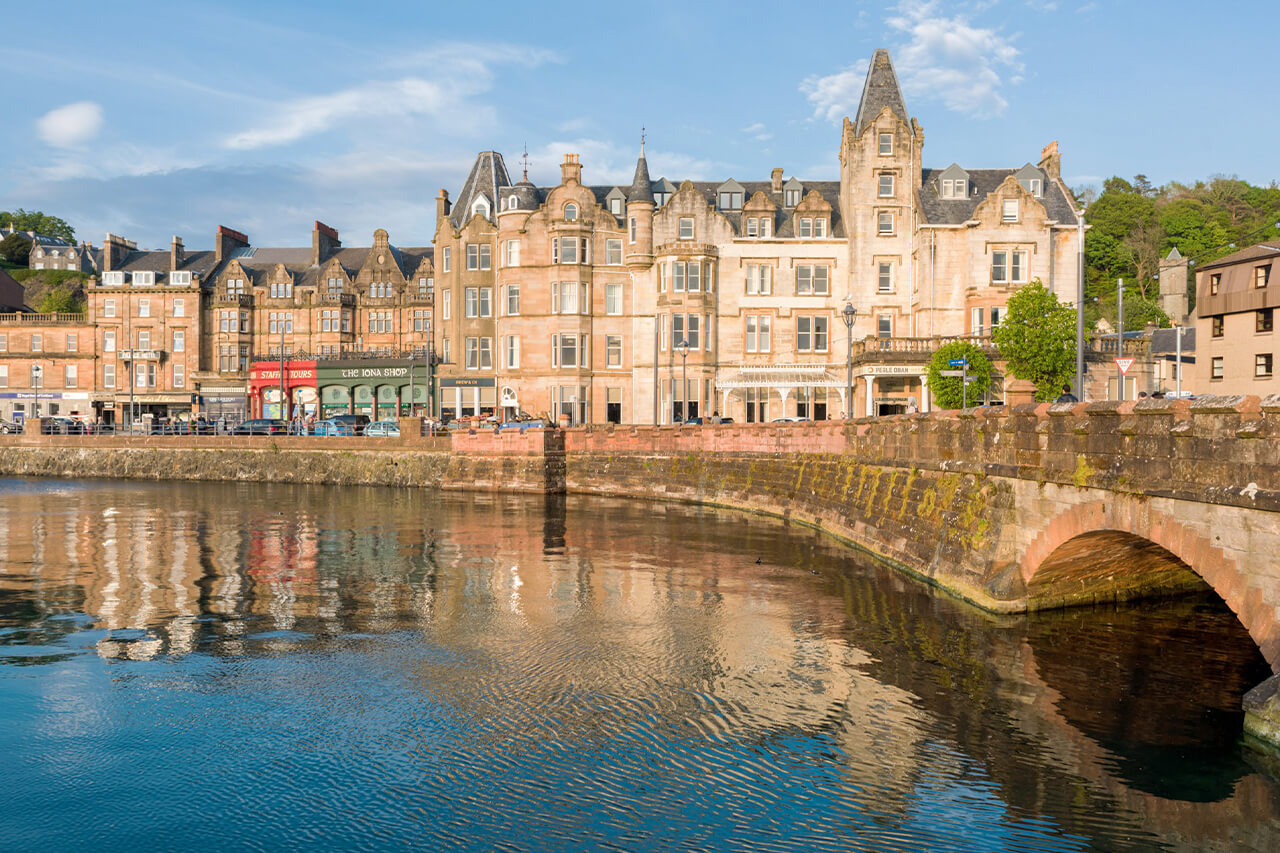 Make it back to your starting point in Oban and you’ll be in need of a spa day or five; that means a stay at the beautiful Perle Oban and the Mara spa, where Victorian grandeur meets indulgent treatments. By this point, you’ll deserve it.

Often dubbed the real-life Patsy Stone, Lewis is an editor and travel journalist writing about luxury travel and cruise holidays for all leading Fleet Street newspapers. He knows how to travel in style – preferably with a glass of Bolly in-hand. The most romantic way to travel. Enjoy a peaceful stay at some of England’s finest coastal retreats. Stay in some of the most unique hotels across the globe. So much breathtaking natural beauty to explore.